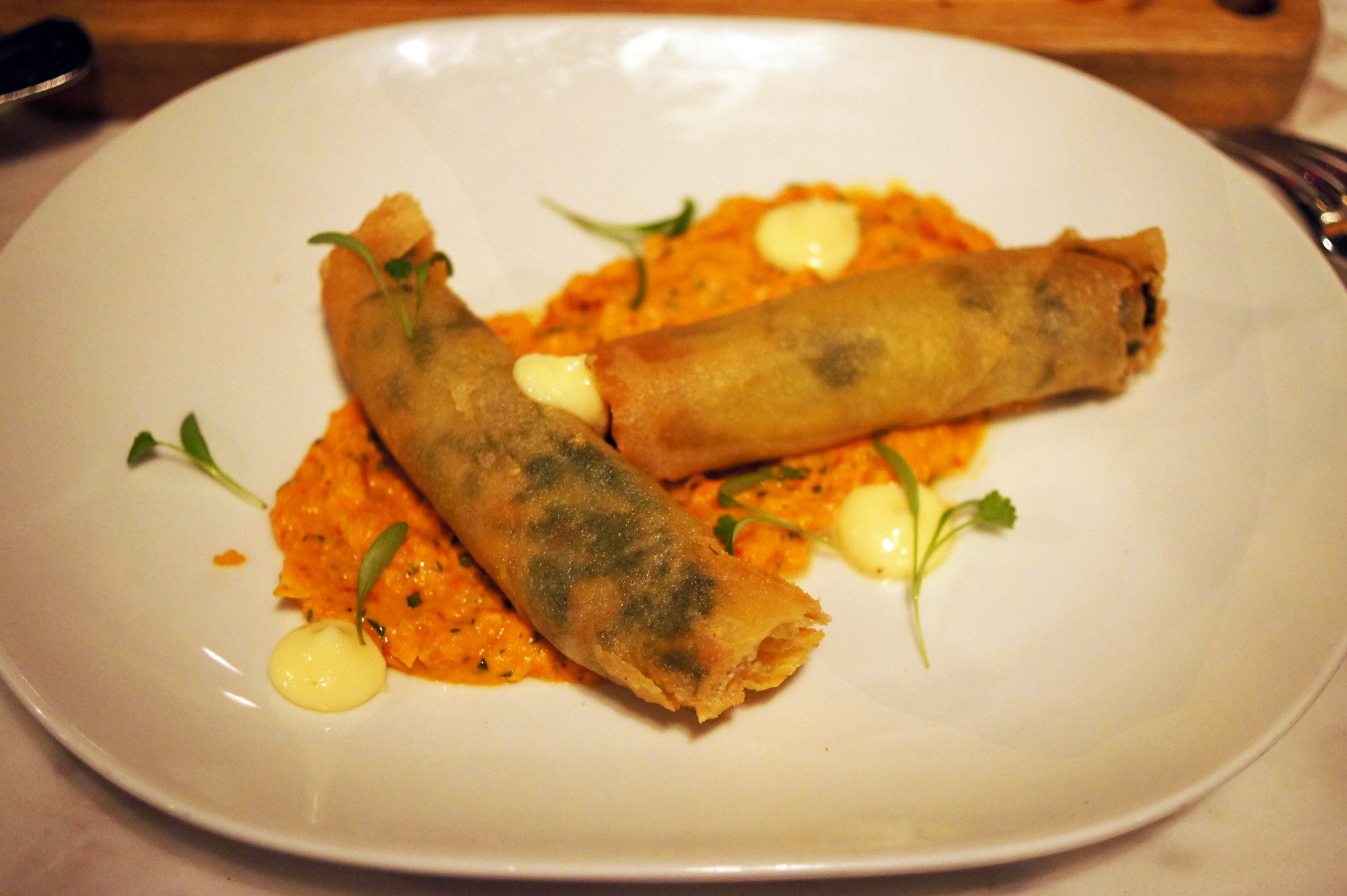 District Dining is a relatively new establishment which has already achieved a coveted chefs hat. For those who have been to Assiette this restaurant is also run by Warren Turnbull.

I previously didn’t know much about the place I was looking at somewhere at little bit fancy for a night out with Miss K. I trawled through all the chefs hat restaurants and settled on DD because it looked relaxed, was affordable and had an interesting menu which reminded me of Movida in Melbourne. We absolutely LOVED it, the food was great and the service was excellent.

Our first dish above was Brik Rolls which were on special. Unfortunately I didn’t get a good look at the menu so can’t remember exactly what was in it aside from Fetta Cheese and Chicken 🙁 On the bright side they were delicious and crispy with a lot of flavor, a great choice for entree. 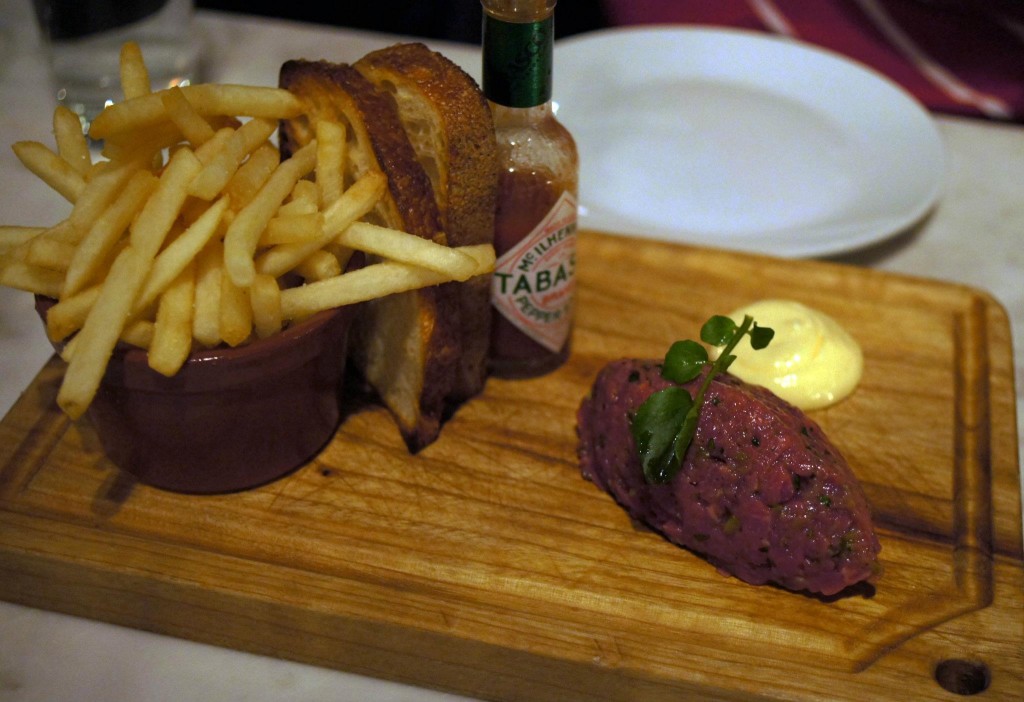 For our second dish of the night we ordered the raw steak tartare because we didn’t think we could stomach the pigs ears and I refused to eat the quail eggs (I have them as pets :(). Lucky for me I didn’t regret the choice.

I loved the idea of the dish but I have to admit we couldn’t figure out how it was meant to be eaten properly. This dish is a great example of great ingredients, the beef mixed with herbs combined with aioli and tobasco sauce turned out much better than I expected. 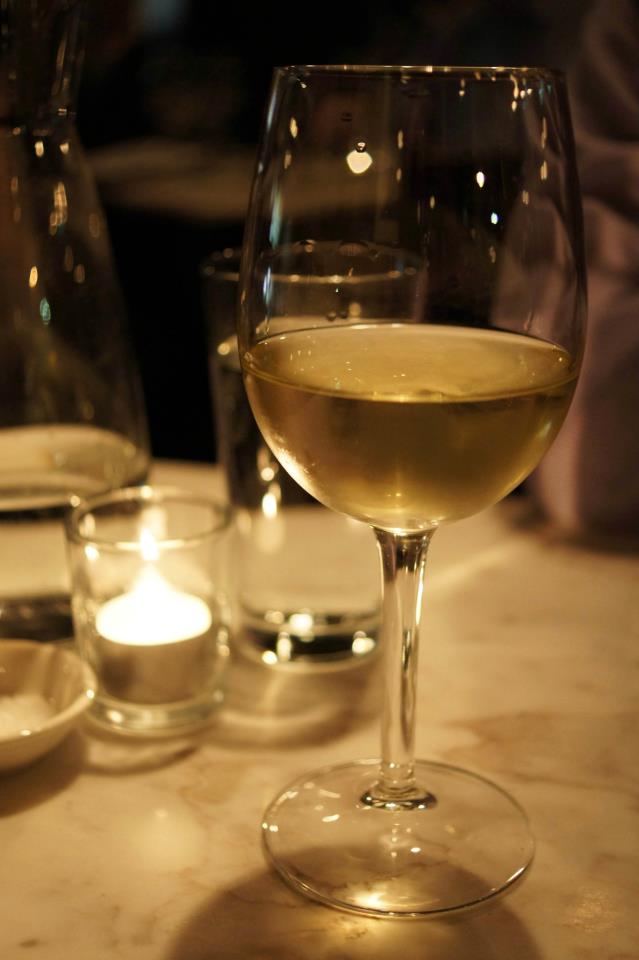 Our complimentary bottle of Elephant Hill Chardonnay, it was free which is probably the only reason I actually drank it 🙂 I actually kind of like the taste of it quite a bit now. 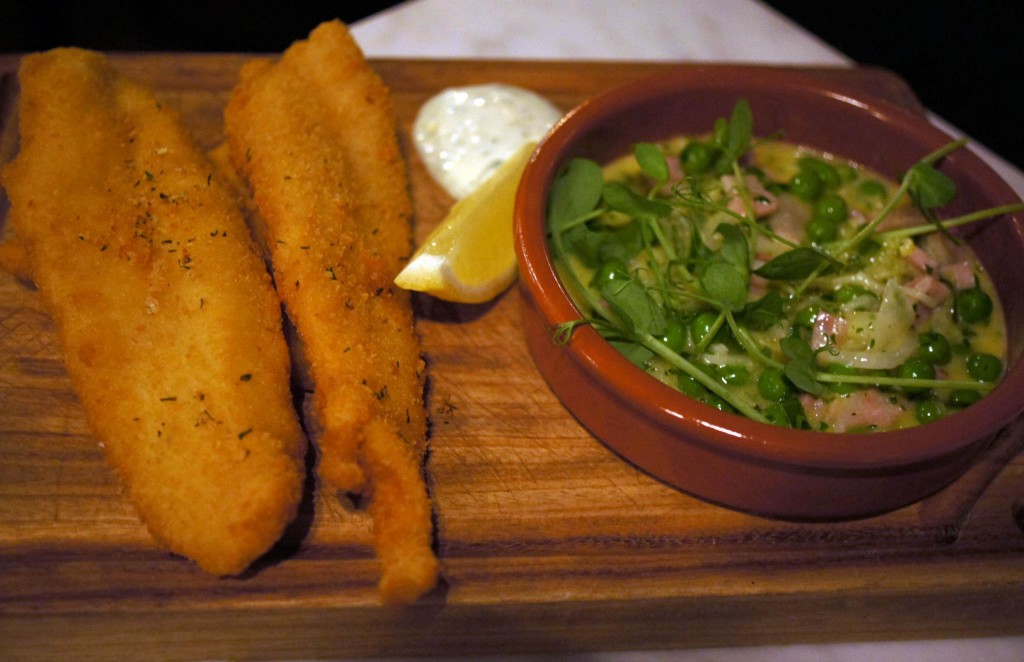 Miss K seemed to enjoy it though as she’s a big fan of fish, fortunately I found that mixing the fish with lemon and mayo AND the peas made it taste a bit better. 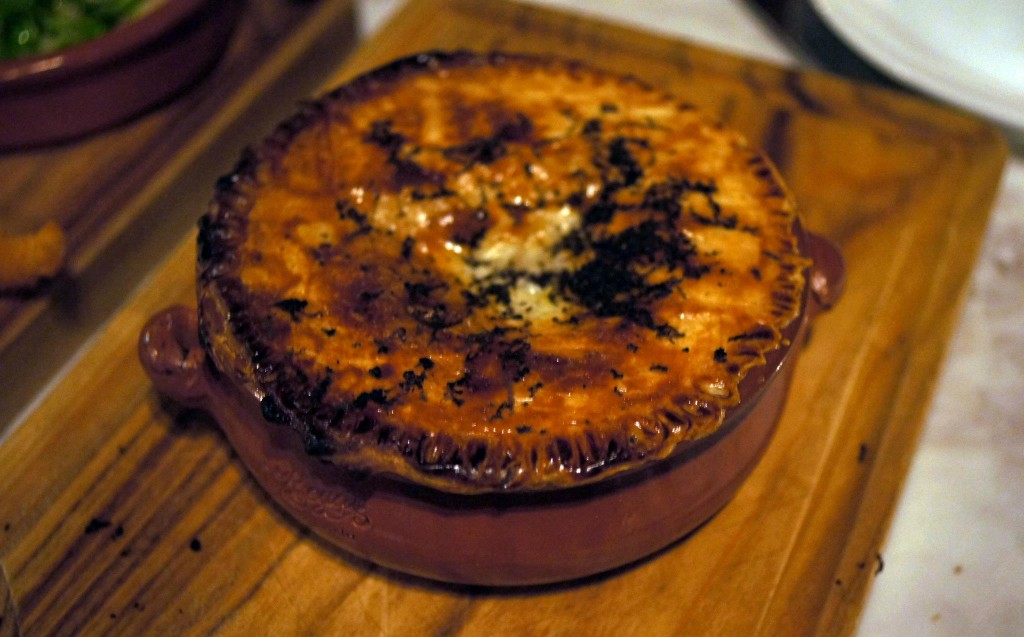 Miss K probably loved this dish the most, at first we thought it was going to turn out as a solid pudding but after poking a hole into it we discovered the mushroom goodness inside. We obviously ordered this as soon as we saw that it contained mushrooms 🙂

The soup/sauce/broth inside was rich and flavorsome so this was one of my favorite dishes, I wouldn’t call it a pie though because there’s not much  pastry underneath! 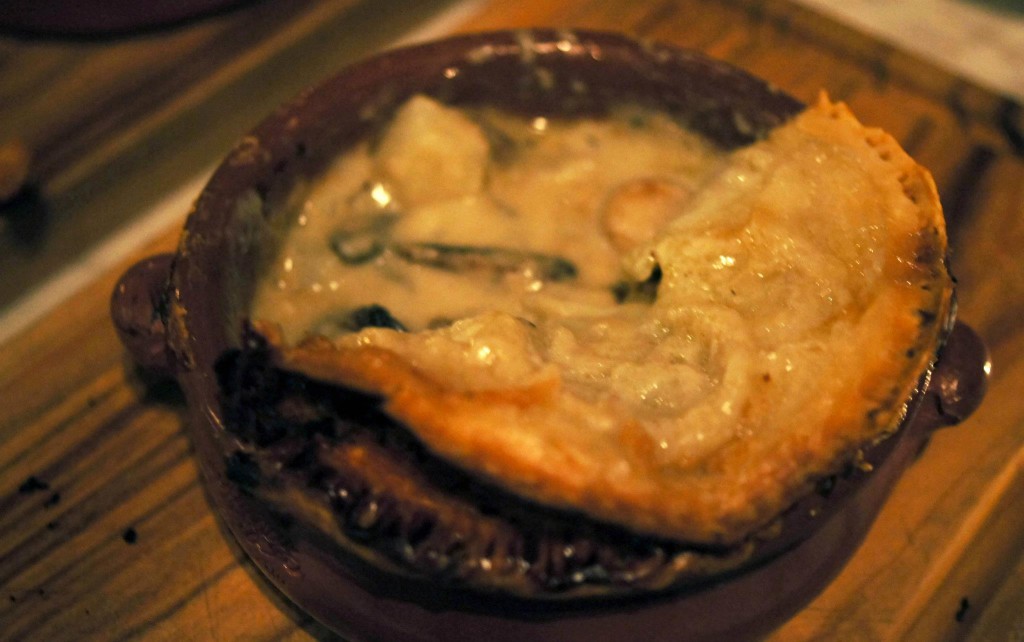 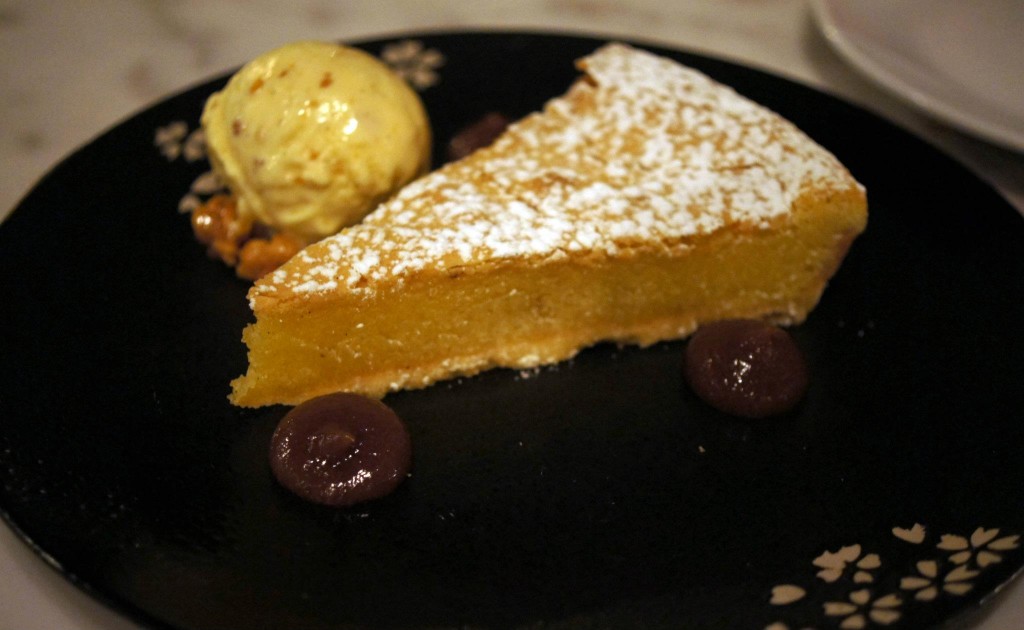 Miss K was too full to have much of this dessert but I loved it, the tart itself was soft and sweet (it was warm). The ice cream tasted unique but at the same time it very smooth and easy to eat. I’ve always found it hard to describe dessert so I’ll leave it at that but do give this dish a try I love it 🙂

Overall we spent about $100 at District Dining for two, I felt that it was worth it and would definitely come back here once the menu rotates.