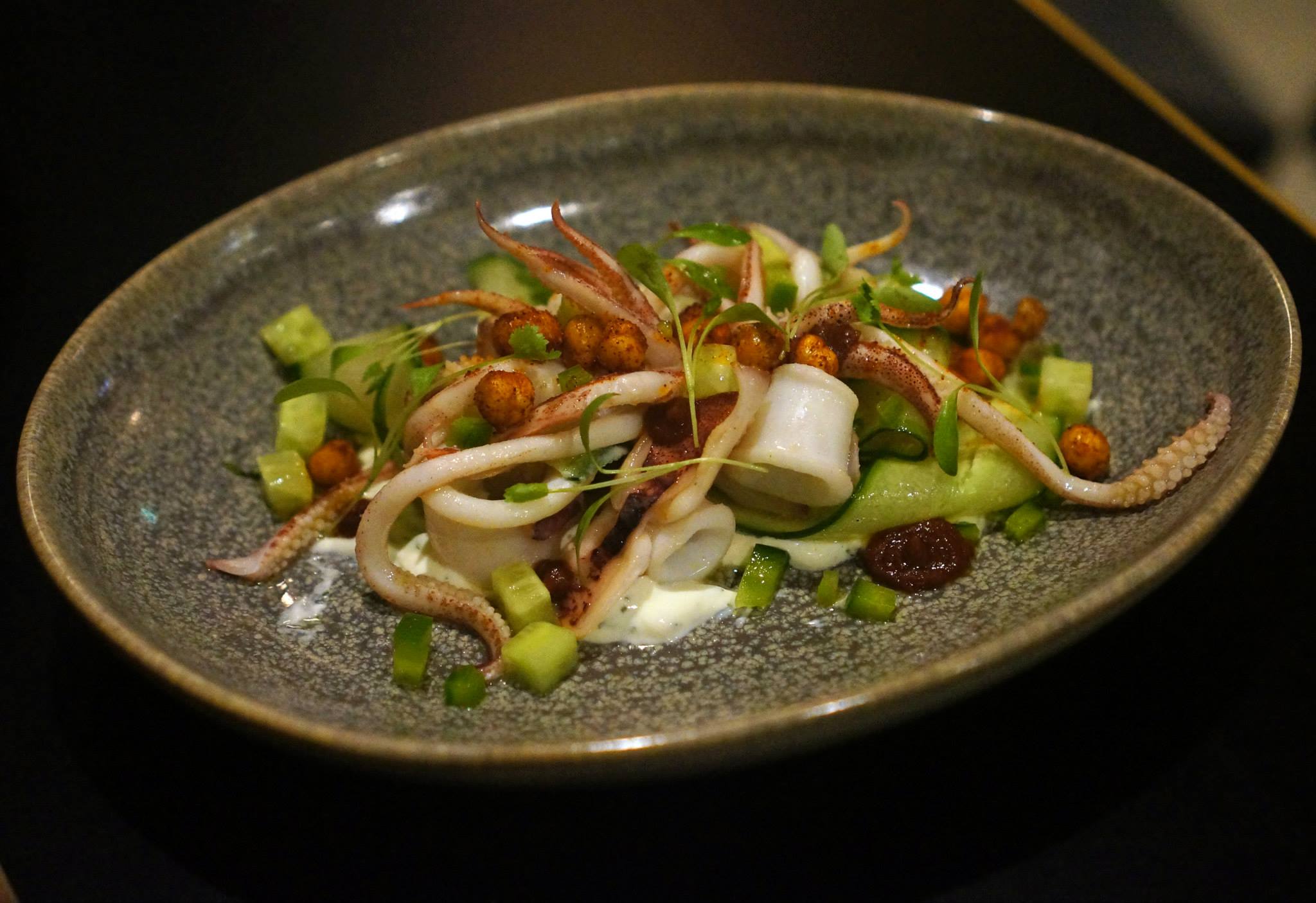 The Eastern Hotel at Bondi Junction has undergone quite some change in the past few months. They’ve opened up some new venues including the modern greek restaurant Anatoli as well as Chimmis, a South American themed cocktail bar. Miss K and I were invited by Allira at Savannah PR to dine at Anatoli as well as Chimmis last week so we jumped at the opportunity as we’re both fans of greek cuisine.

The first dish to arrive was the Baby Squid, Cucumber, Chickpea and Yoghurt (above). We decided on a few different entrees and the baby squid was one of our favourites, the mix of yoghurt and squid went well together to form a taste that was pretty refined and well textured. I’m not normally a big fan of seafood aside from fish but I did enjoy this squid because it was not chewy and tasted delicious. 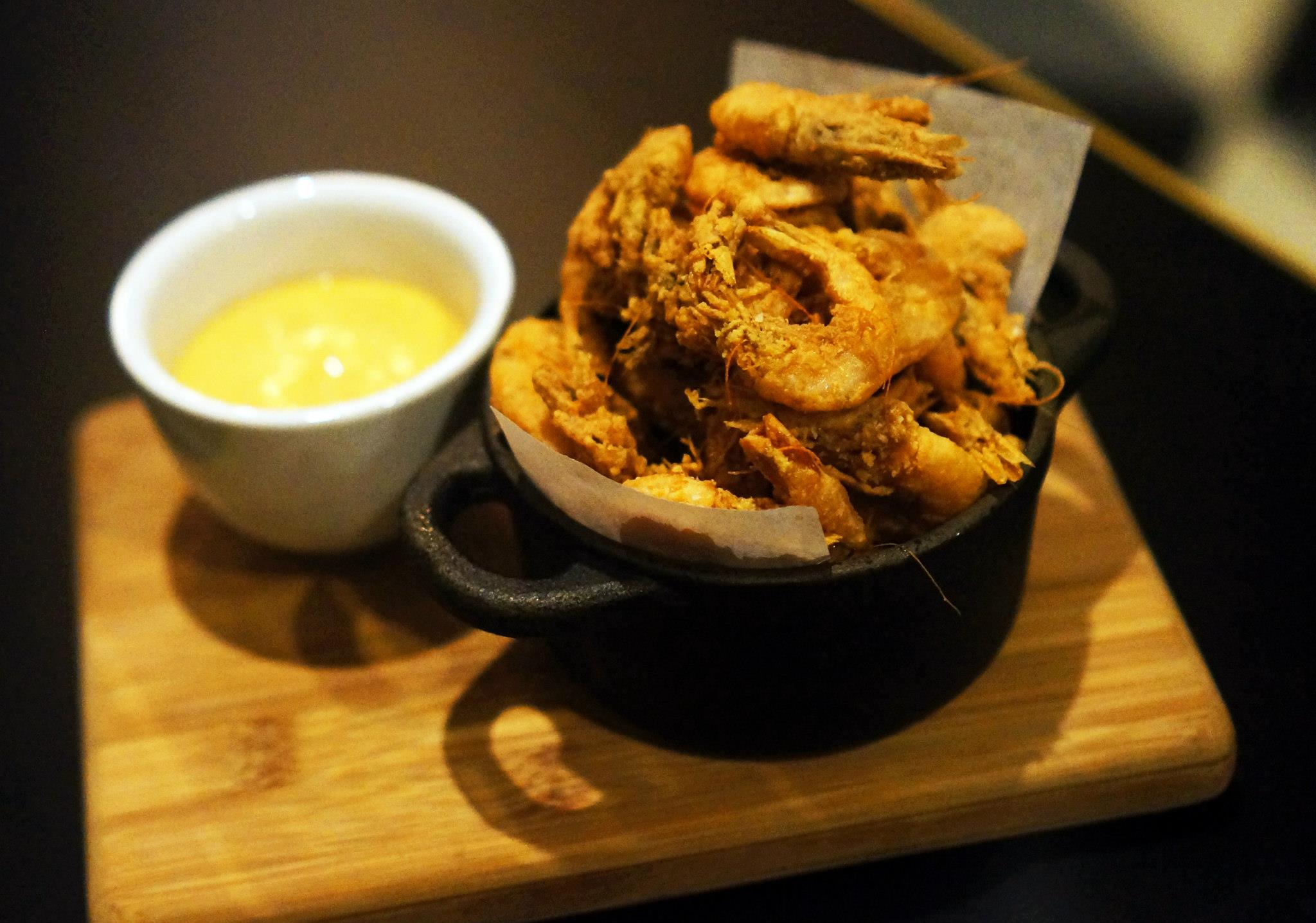 The second entree we ordered was spiced school prawns, since it was served along with smoked chilli mayo we decided it would be a good choice. Unfortunately I looked over the fact that school prawns were small and included the whole body, we’re not the biggest fans of eating prawns whole so this dish was probably the least favourite of the three entrees we ordered. 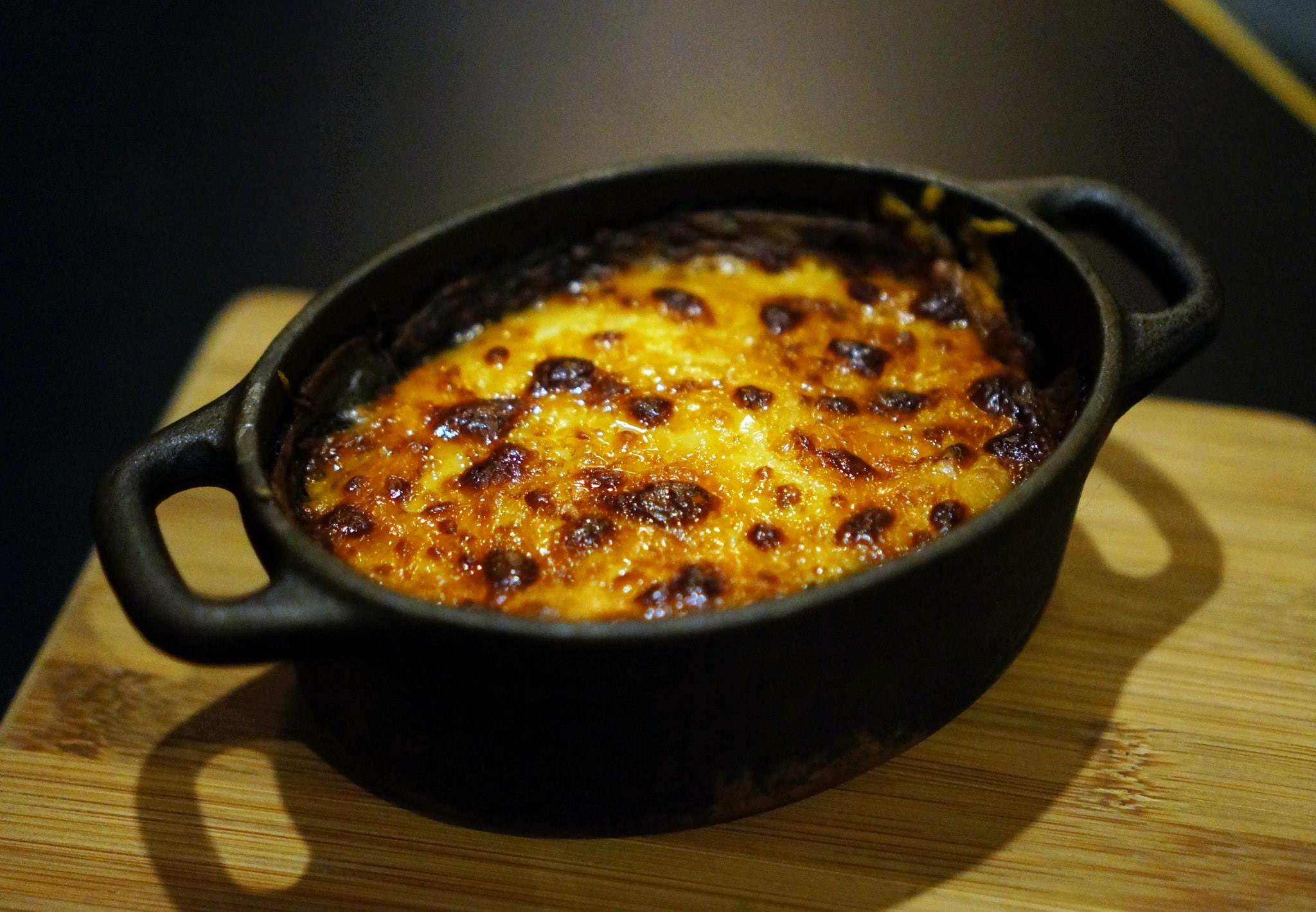 Moussaka is easily one of my favourite dishes in greek cuisine and this didn’t let me down. Those that haven’t had this dish before, it’s very similar to a lasagna but with less white sauce and generally includes eggplant and/or potato as the key filling ingredient along with tomato. This particular moussaka was very delicious as it was piping hot when served and had a great mix of ingredients. 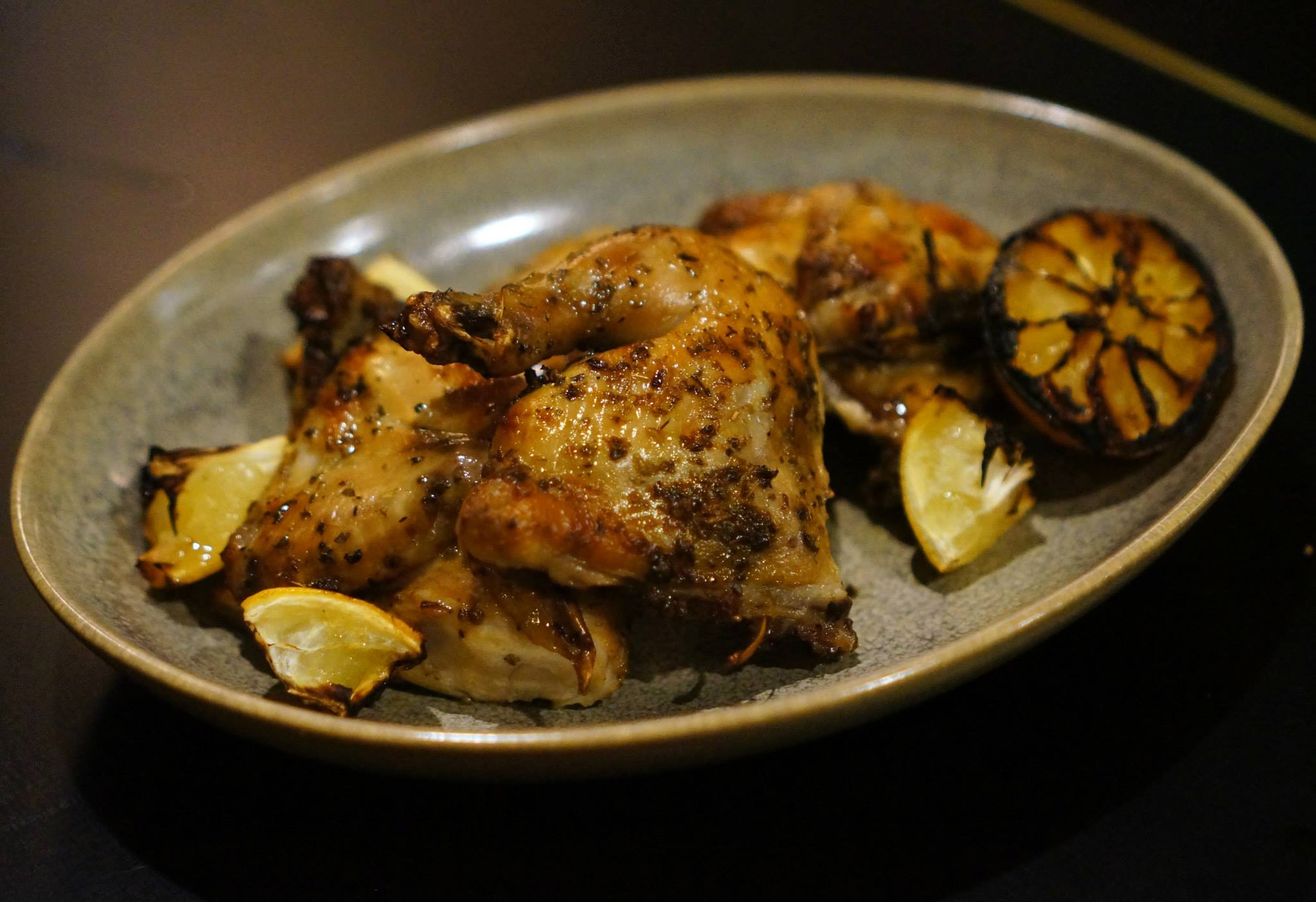 My favourite dish of the night was the barbecue chicken, I was actually quite amazed at how soft and flavoursome the chicken was. The chicken was seasoned with garlic and oreganos, while the lemons were barbecued along with the chicken and were very juicy. I really enjoyed the flavour of this dish and would have to list it as one of the best barbecue chickens I’ve had in Sydney. 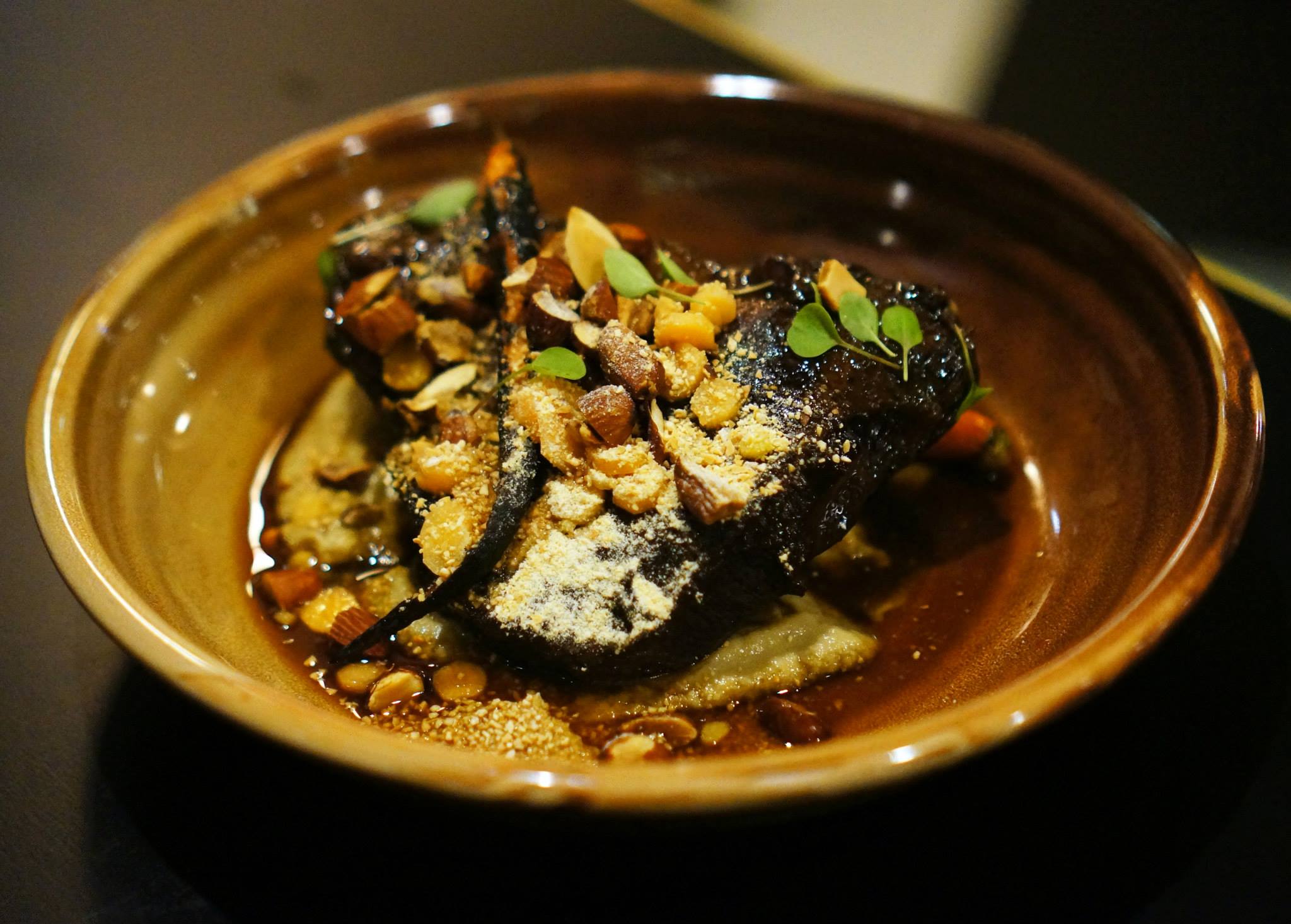 Our second main was the beef cheek, at this point we were quite stuffed and actually didn’t manage to finish the dish. The beef was very soft and stringy as beef cheek generally is, and the cream and jus that the beef was served in was very smooth and creamy. 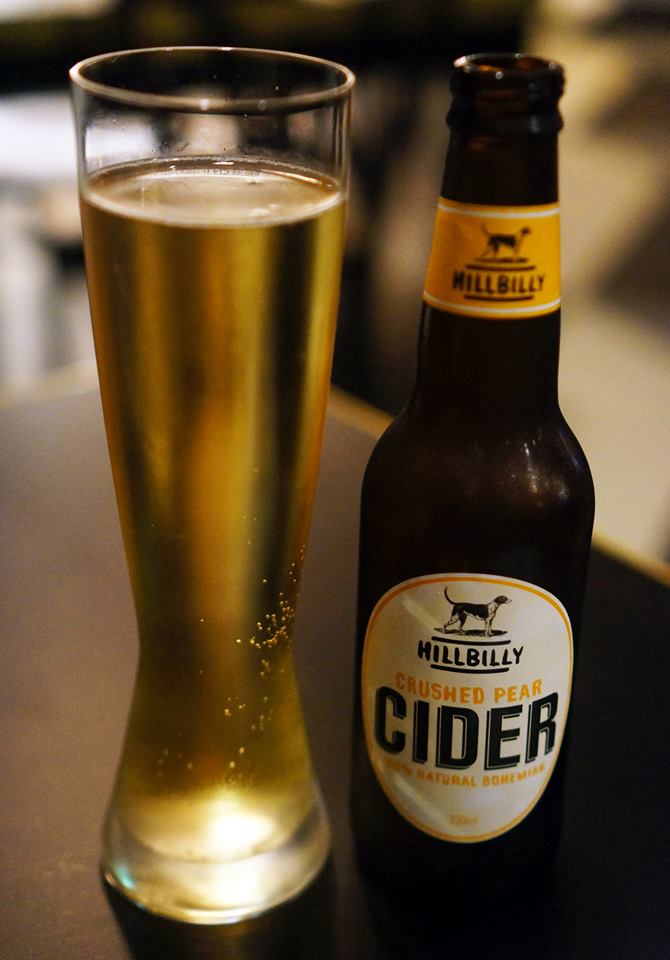 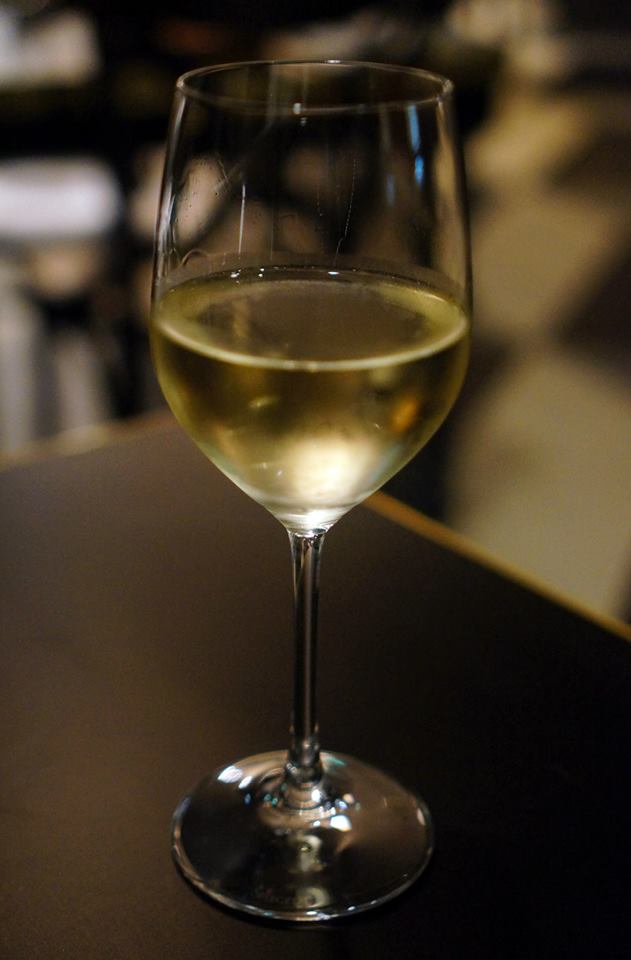 To accompany our meal we also had a bottle of Pear Cider and a glass of white wine from Santorini. Miss K really liked the pear cider but I personally prefer apple to pear. The wine was also great and tasted more fruity and light which is how I prefer my wine in general, I was actually very happy with the choice since I’m not a big drinker. 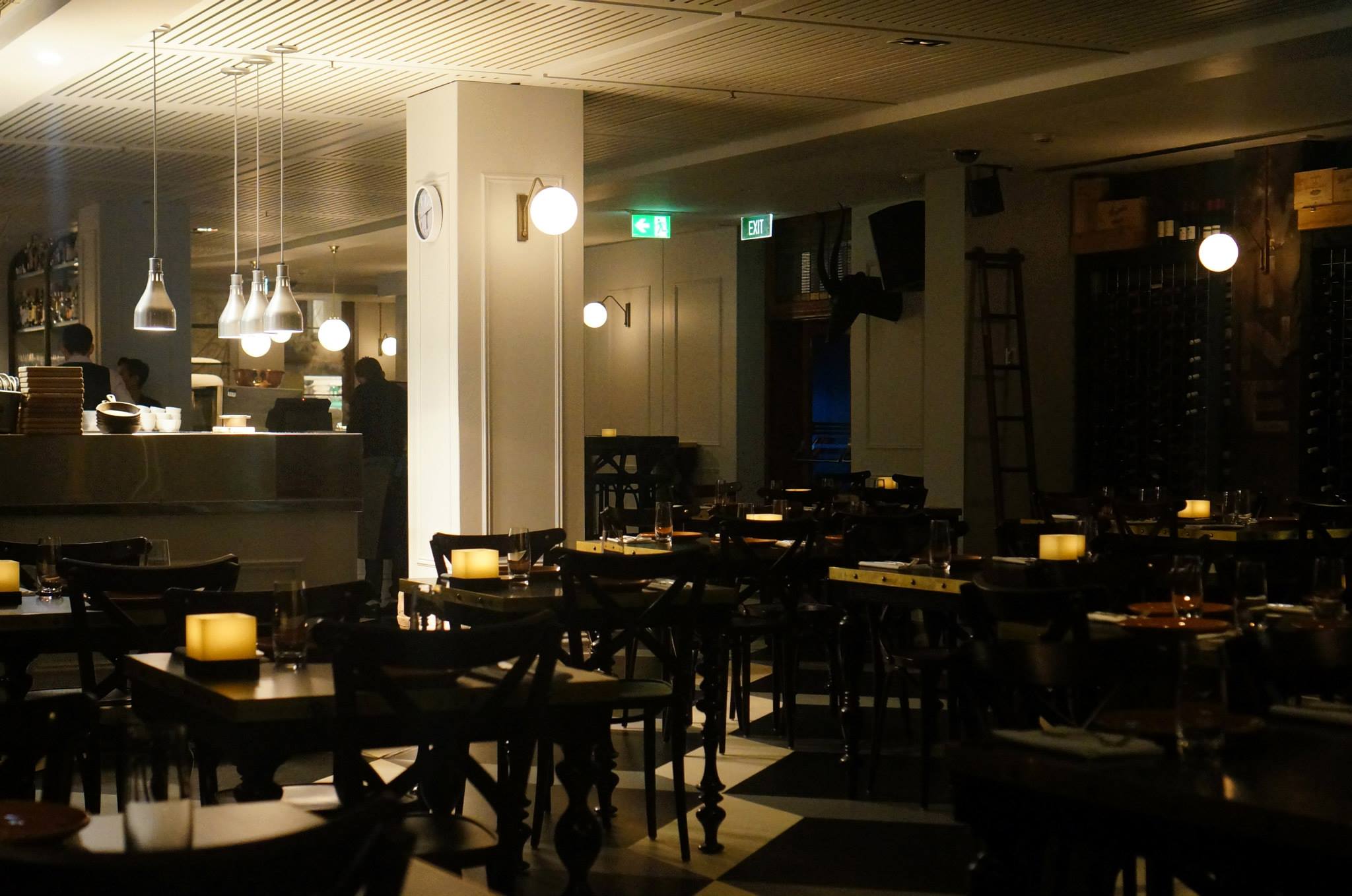 Overall impressions were quite good, I can imagine the restaurant having quite some potential with the excellent menu and nice sleek interiors. The menu that they have seems to be a fusion of modern Australian and traditional greek dishes that are great overall but may be a bit difficult for new diners to figure out what they are exactly, prices are with mains no more than $30 each and entrees at around $15 each.

After our dinner at Anatoli, we were invited to have a few drinks at Chimmis and check out the new joint which has only been open for a few months. My first impressions were that the bar is quite nicely themed and has a nice cosy feel to it, the weather was quite cold so being able to huddle up in a nice warm corner with a cocktail was very appealing after having dinner. 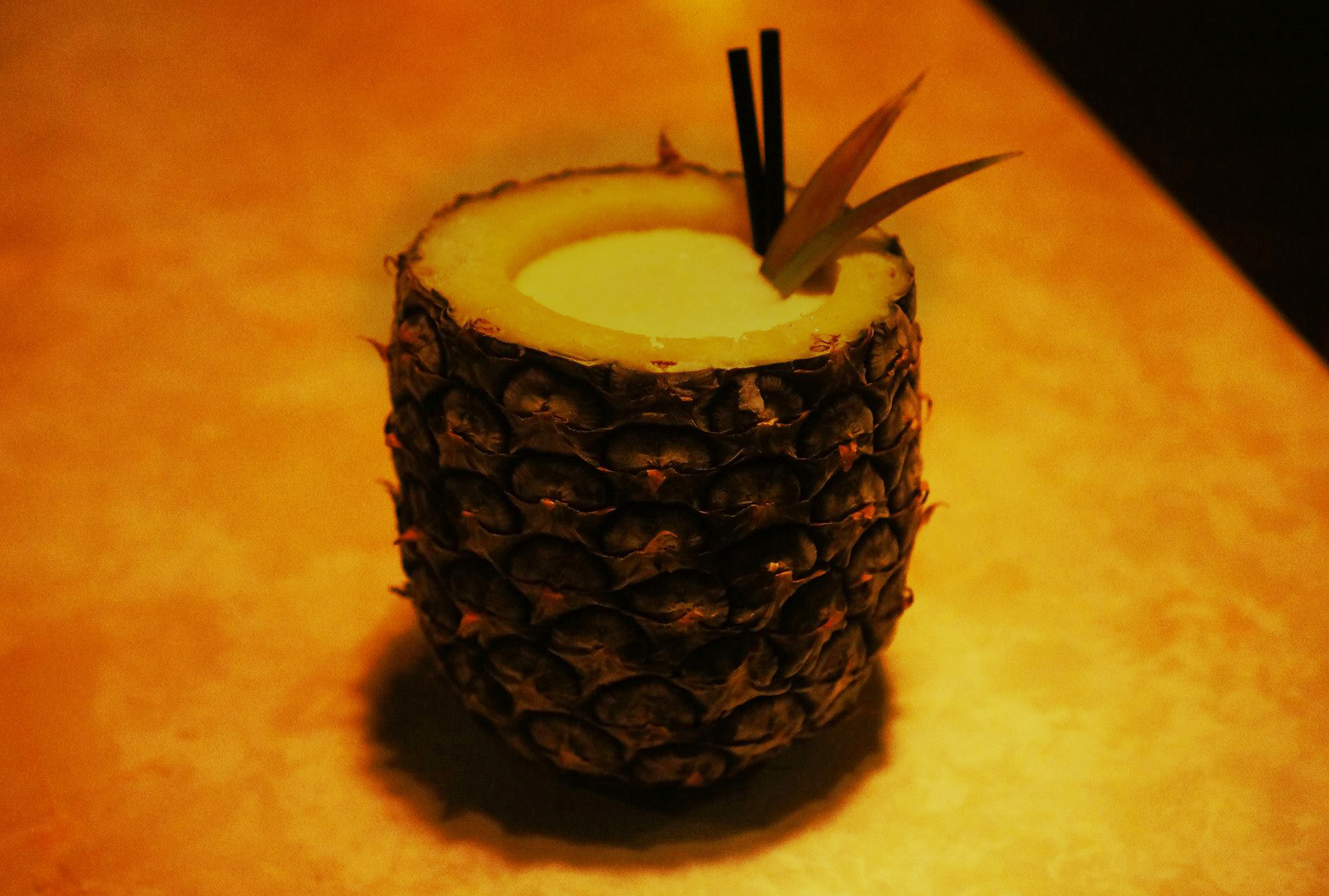 We asked some of the bartenders what a must-try cocktail was and they agreed that the Banana Colada was definitely a good choice. What they didn’t tell me though was that it was served in a frozen Pineapple! This has to be one of my favourite cocktails, it was very icy (because of the pineapple) and had a smooth creamy texture to it which reminded me of a smoothie or milkshake.

The cracked champagne was a random choice from Miss K who wanted to try something a bit different. The cocktail was pretty strong but had an interesting taste of pepper and strawberries but it was still a very nice drink, even though it was actually quite strong.

Mr C and Miss K attended as guests of Savannah PR and The Eastern Hotel.
All views and opinions expressed are our own.