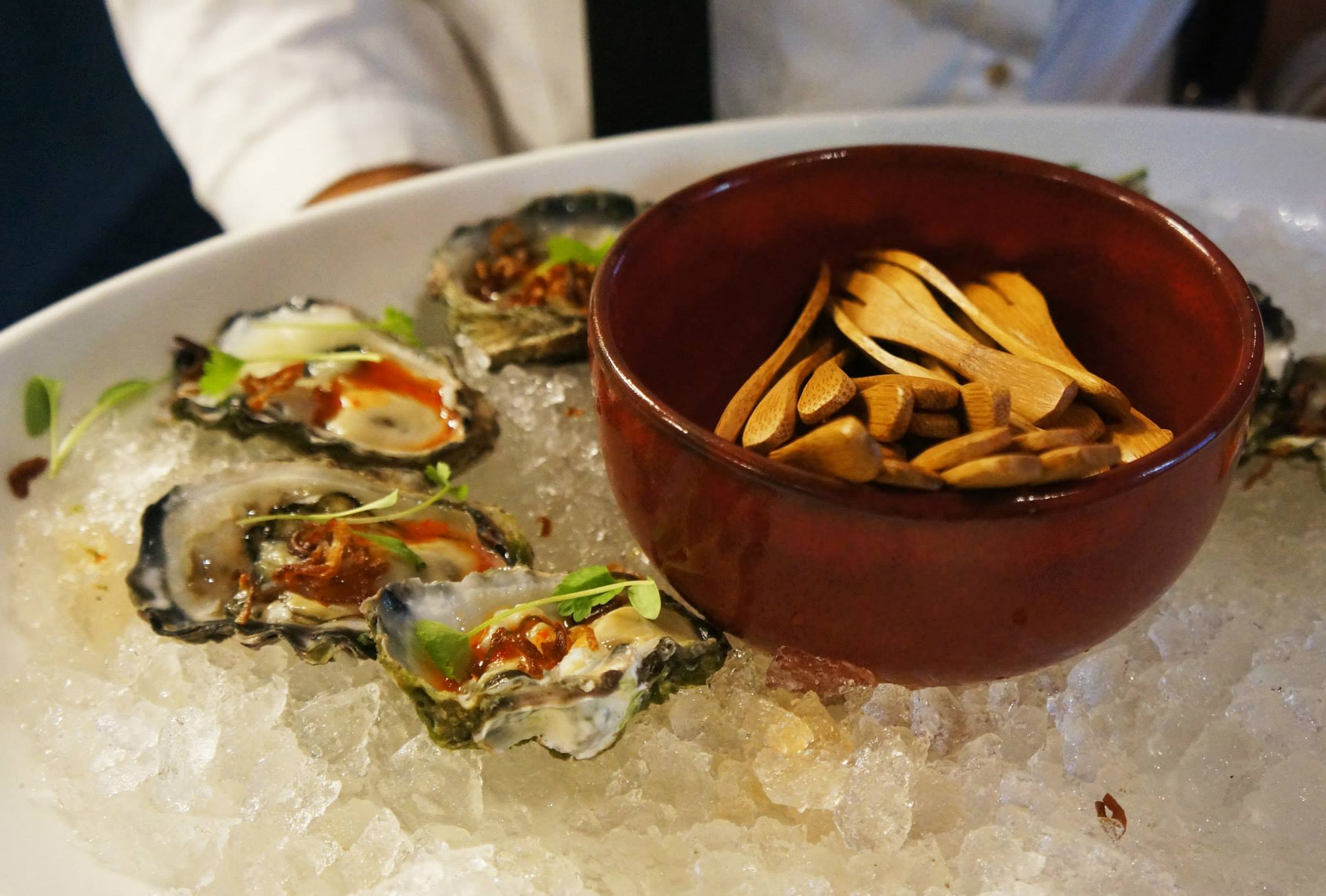 Quite possibly the hottest restaurant opening of the year, the $10 million Waitan in Chinatown caused a big stir on Sussex street on the 30th October at its official launch event. The streets were lined with media, models, Lamborghinis and even a few celebrities from Masterchef and possibly others as the restaurant opened up its doors to celebrate the opening of a new and exciting dining destination. Miss K and I were invited by Krissie at Hill+Knowlton Strategies to attend the red carpet event and we were very excited as the event got closer, we also bumped into a few familiar faces including Matthew & Beryl (Plan-MB), Michael (I’m Still Hungry), Jen (JENisHUNGRY), Ando & Belle (The Lamstock) and also Mina (My Hunger will go on).

Although there was plenty of food going around during the night, please note that these probably do not represent the dishes that are available on the full restaurant menu. Although very likely to be similar, they were mostly finger food made specifically to cater for the huge crowd going through that night and are only useful as an indicator of the kind of food they might serve. The big mention should probably go to the Oysters (above) because Miss K has been talking about them non stop for quite a while now, apparently they were so good that she’d eat the whole plate herself. Unfortunately I’m not a big fan of oysters so didn’t taste them! 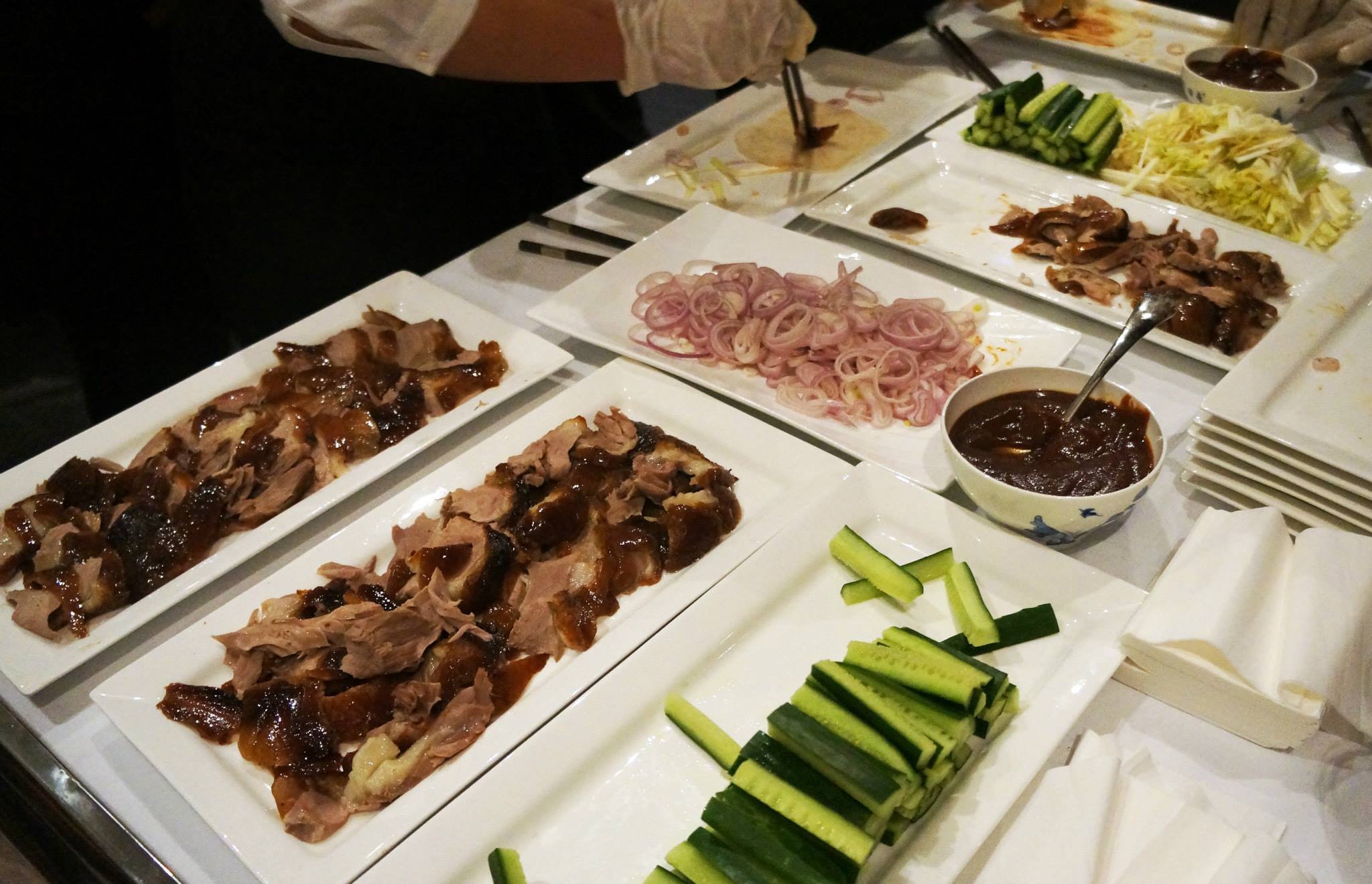 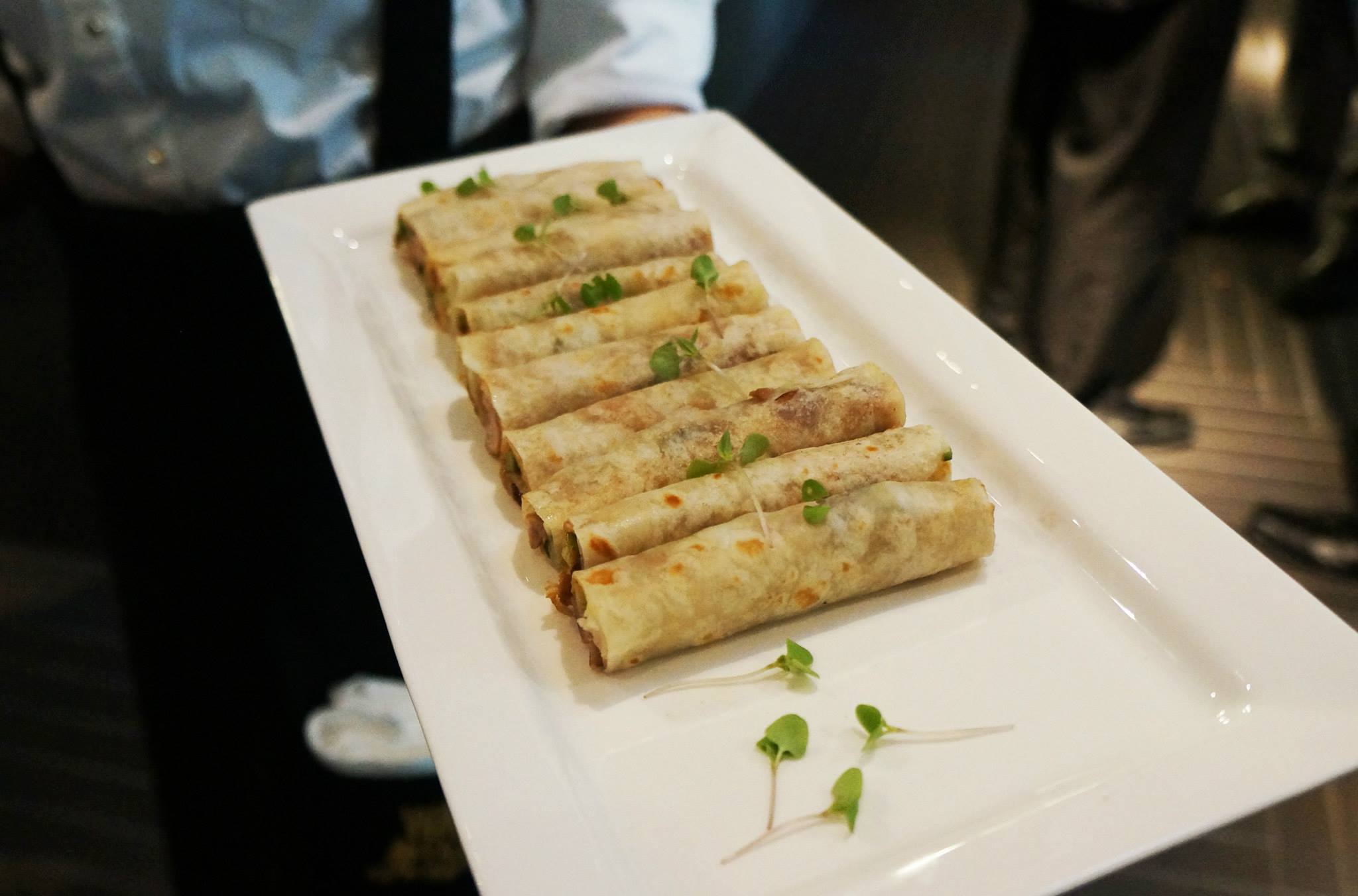 Most people were very keen to try the peking duck prepared by peking duck master Mr Yuejin Ma and the moment they came out they disappeared within a few seconds, luckily I managed to get a photo as soon as I saw them as I anticipated the chaos that was about to ensue. Peking duck is always a crowd pleaser and these ones were especially good, the pancake is slightly fried and that gives it a crispy outer layer that’s much more neat and doesn’t fall apart. The first photo above is of the hand made version which was being made on the spot right in front of the peking duck oven later on during the night, these ones tasted more authentic but were also much easier to drop or fall apart. 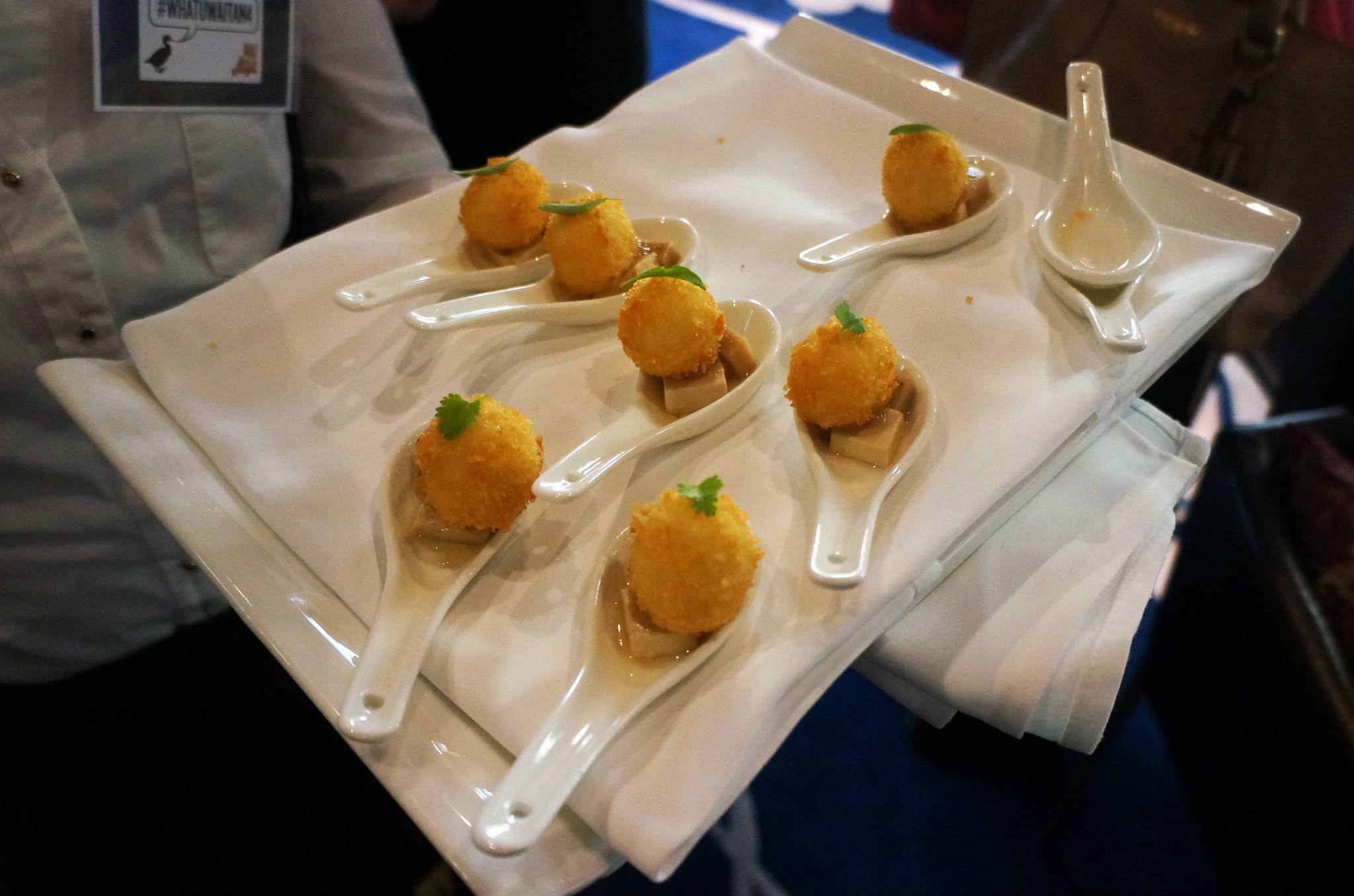 The deep fried quail eggs were quite numerous and servers had trays filled with them for quite a while. Miss K didn’t quite like the thought of eating quail eggs but I usually enjoy them so decided to try it, luckily it was a good decision as the eggs were quite flavoursome and the tofu very silky. I noticed that this particular dish wasn’t very popular and many people decided to pass on it because it was unfamiliar to them. 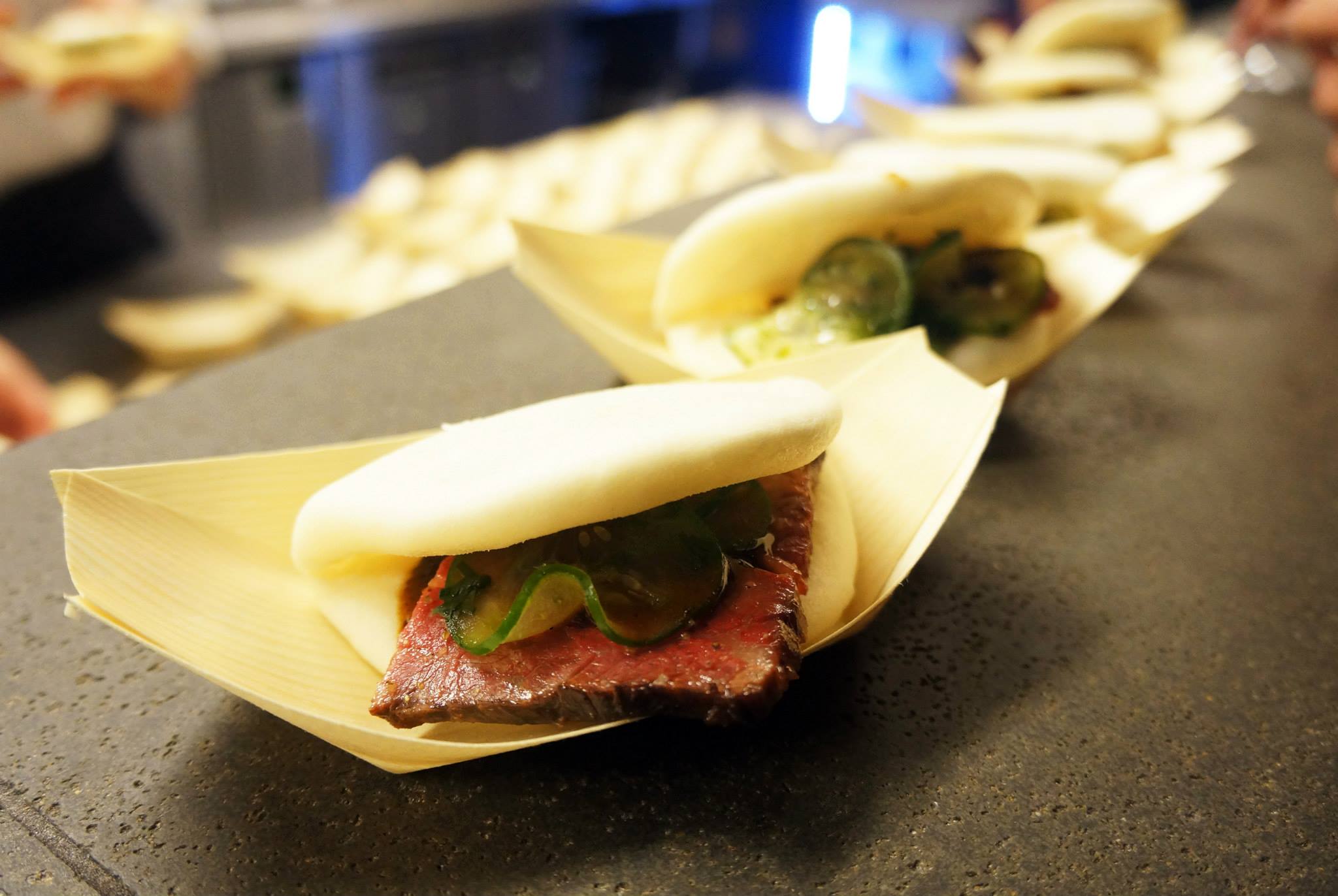 Easily another crowd pleaser, the chefs have obviously taken inspiration from Momofuku and decided to add their own twist to it by using wagyu beef rather than pork. Aside from that it’s quite hard to tell the difference as the buns are very soft and the other ingredients (pickles) are pretty much the same. These were very delicious as the beef was cooked slightly rare leaving a juicy piece of beef that’s extremely tender and full of flavour. I hope they’re served as part of the restaurant menu as I’d love to come back for more. 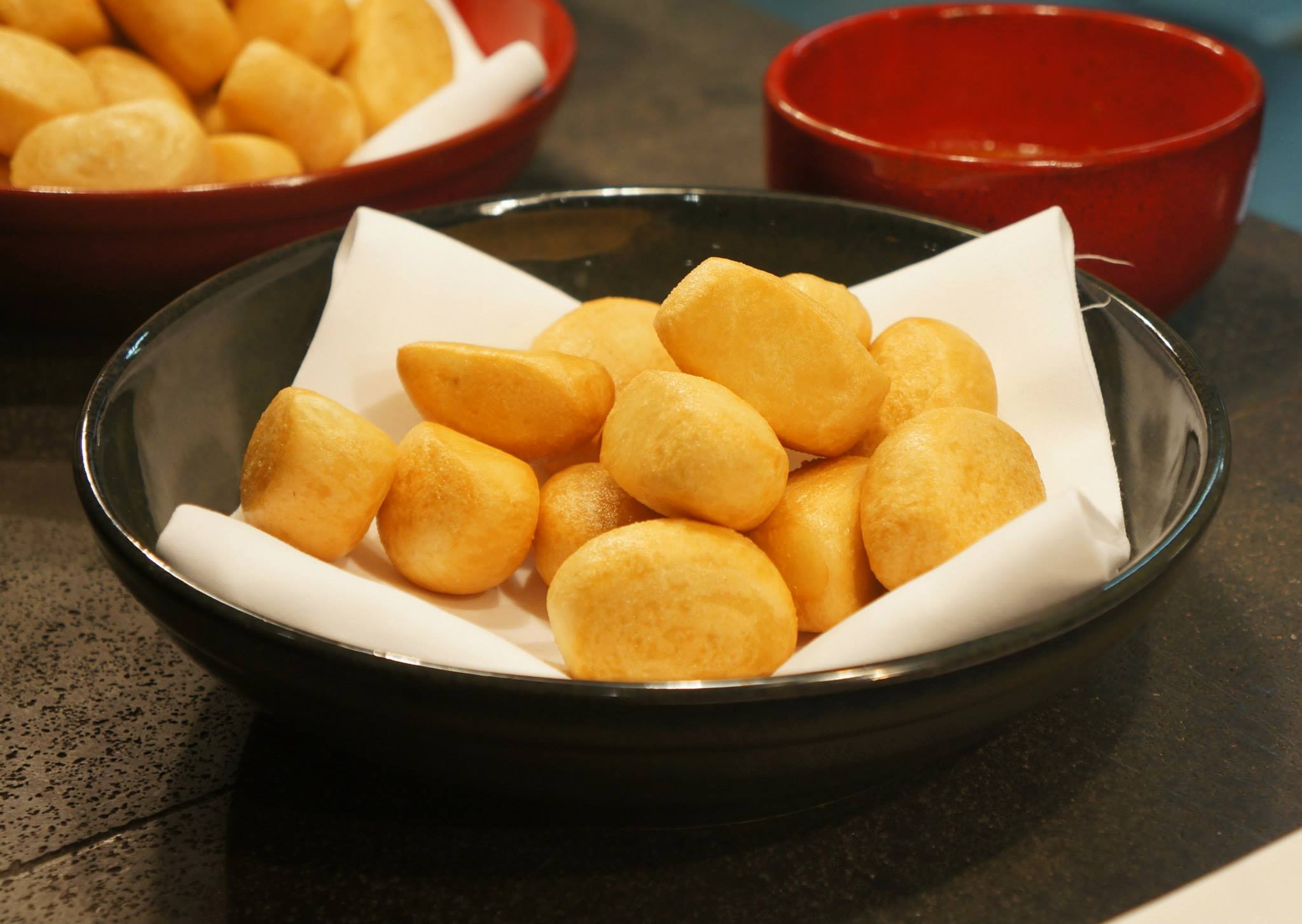 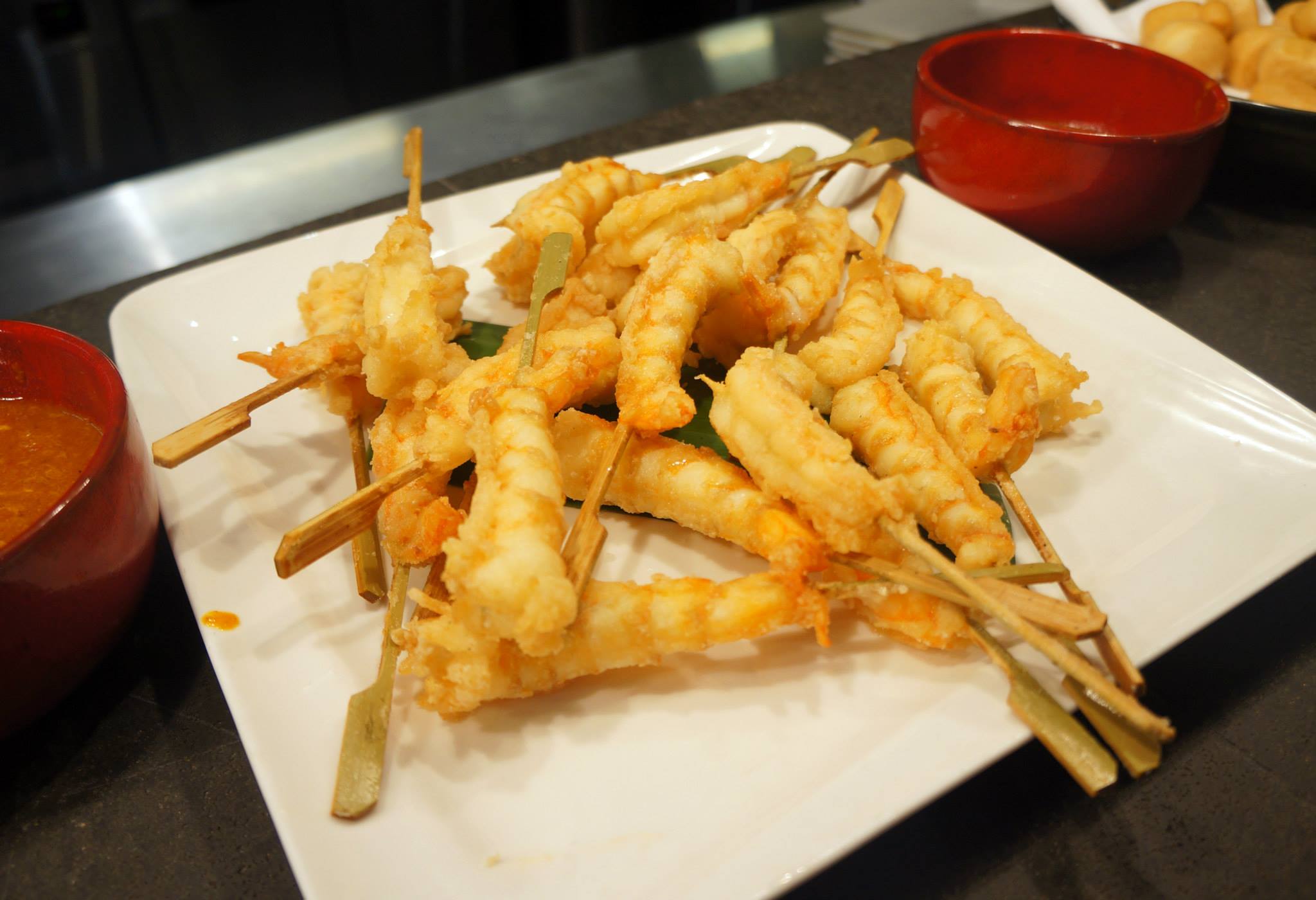 They had a few of the man tou bowls lying around the venue, I wasn’t too impressed with these as they seemed to be quite chewy and cold rather than more firm and crunchy man tou I’m used to from Singapore and Taipei. Miss K definitely enjoyed a few of these though, but then again she’s always a big fan of any man tou in any form. There was nothing too unique about the prawns they served, they seemed like your everyday deep fried cocktail prawns served with a chilli sauce but they’re pretty delicious with the dip. 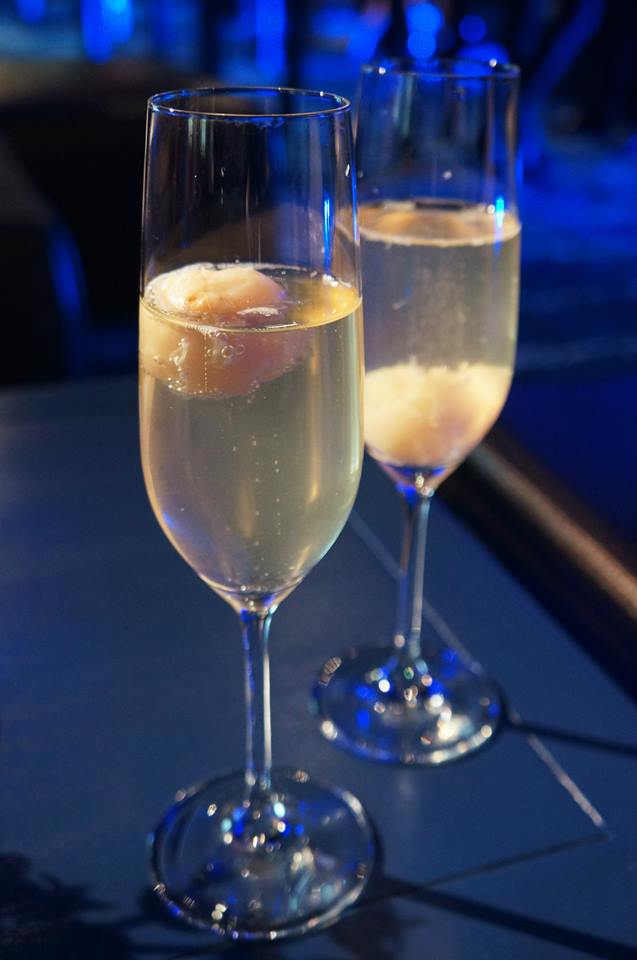 The venue includes a number of sections including the O Lounge as well as a restaurant area and VIP private dining rooms on the second level. There were some interesting cocktails and drinks including the above Beijing Bellini which is an oriental twist to the standard Bellini. There was plenty of alcohol flowing including the Mandarin and Jasmine Luxe as well as many bottles of Veuve scattered around on the tables and seats. 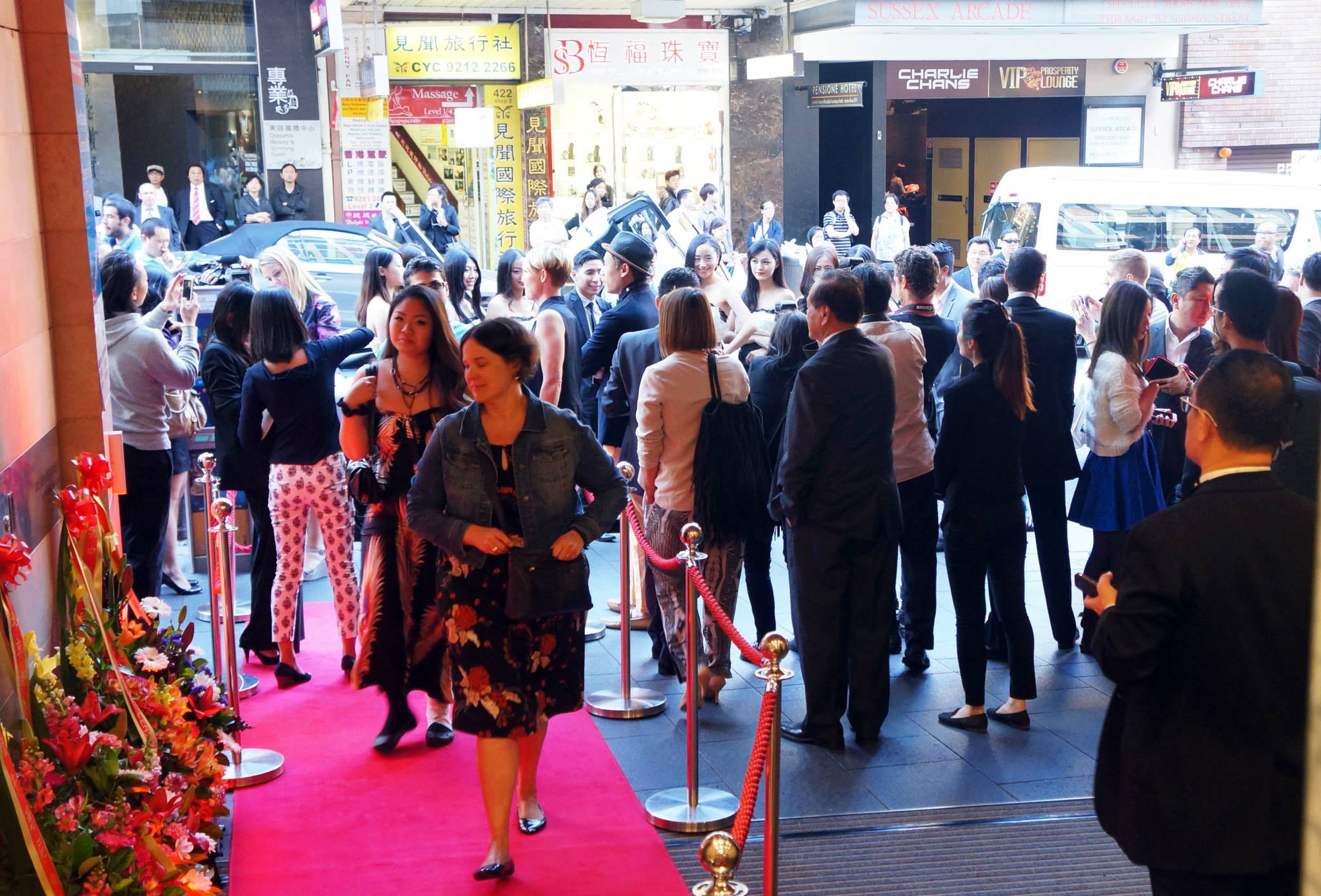 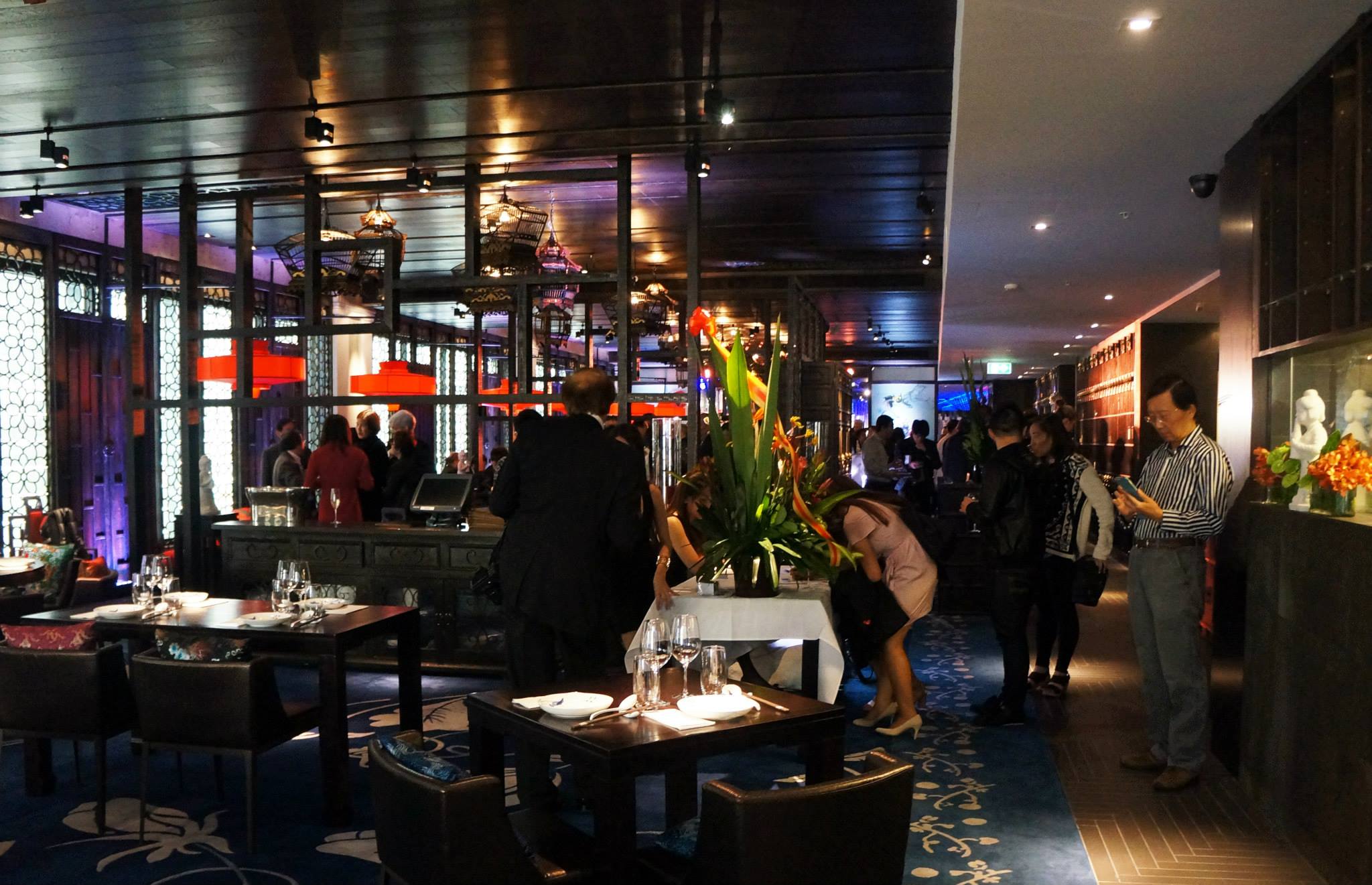 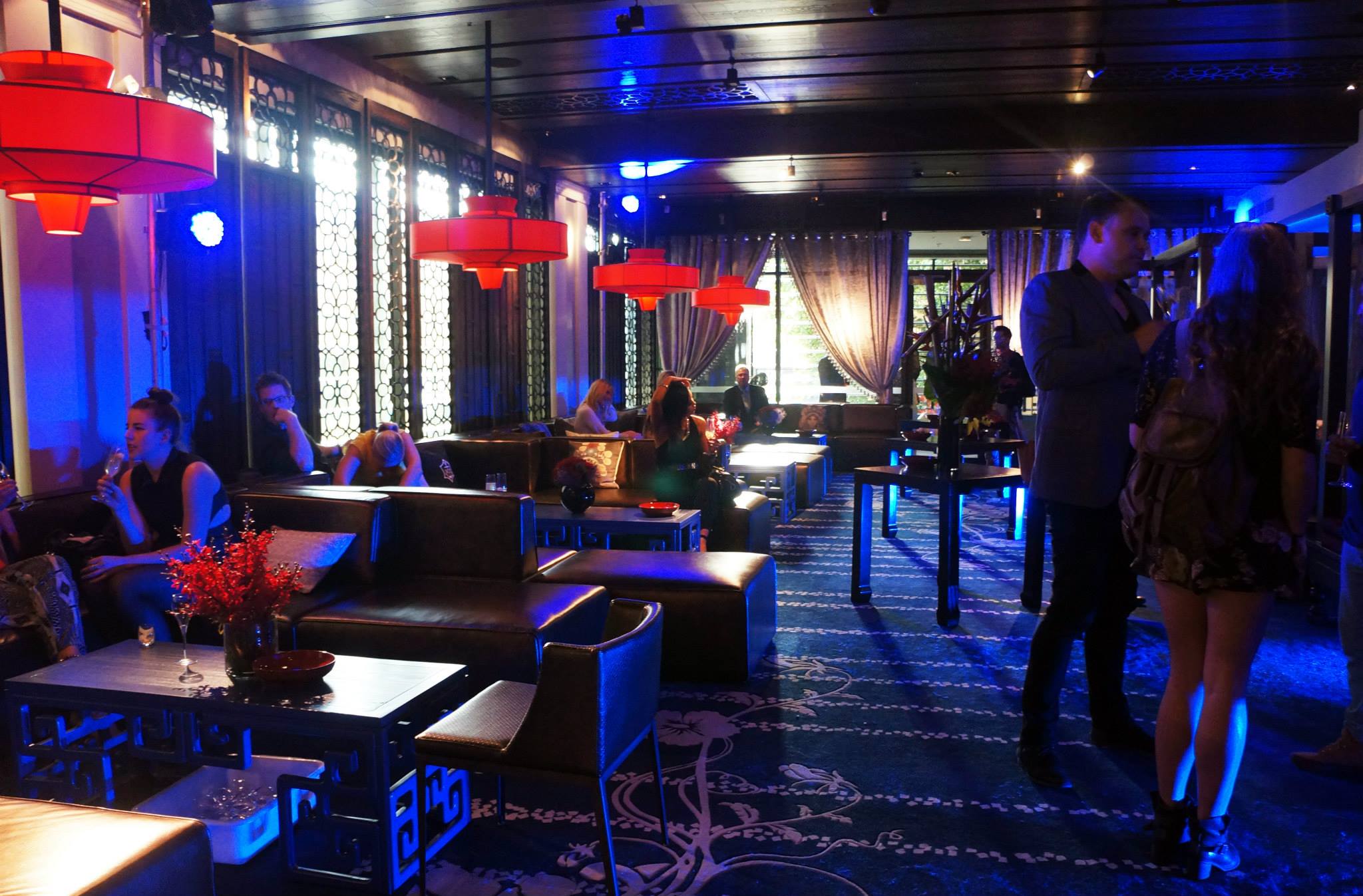 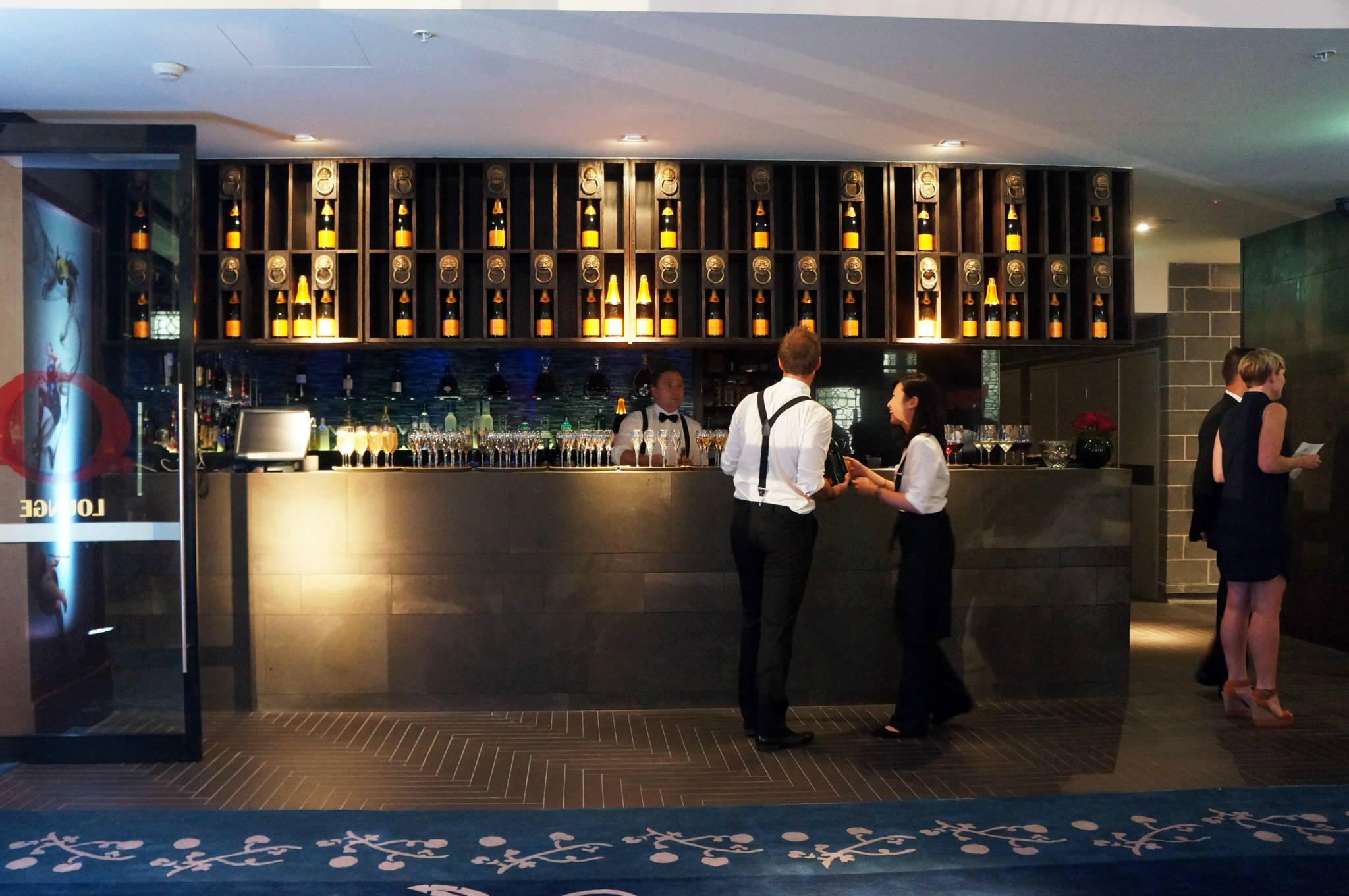 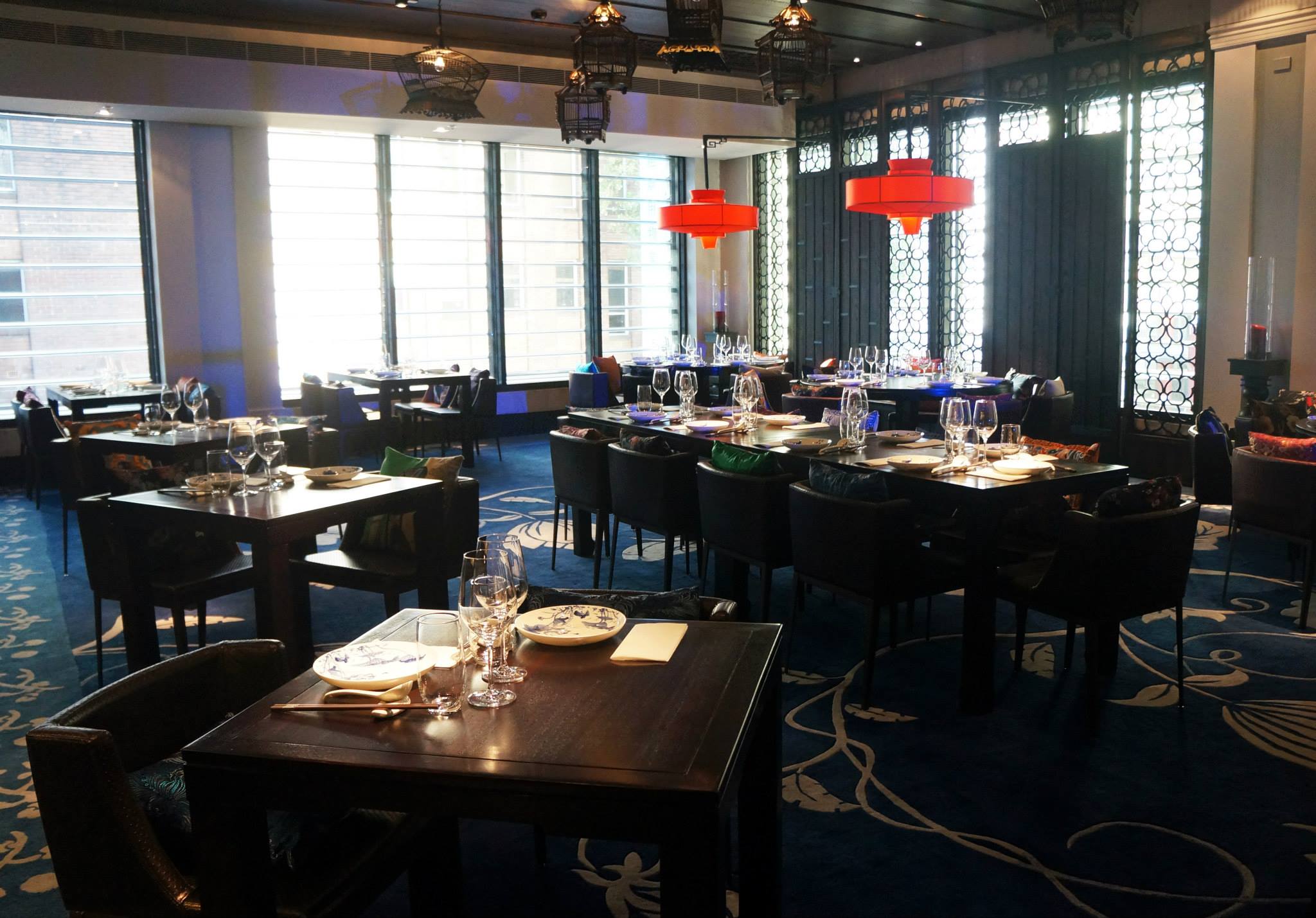 As you can see above, the venue is exceptional and very classy – it has a bit of a shanghai colonial era chic to it which I really liked and reminded me of Mr Wong. The whole venue takes up the whole level of a building with further private VIP rooms on the second level which unfortunately we weren’t able to check out (had to leave because of class). The whole venue is very spacious and has already been dubbed the new ‘Ivy’ of Chinatown because of how large and glamorous it is.

I’m definitely keen to visit Waitan once the restaurant has settled down a bit, the menu they plan to offer should be exceptional with all the skill behind the chefs and experience from the owners. There is much potential in the venue and we’re quite excited to see how the brand goes in their other venues as well. There are plans to open a second Waitan restaurant in Sydney as well as one in Melbourne and New York, perhaps this is a new competitor to the much loved Merivale chain?

Mr C and Miss K attended as guests of HK Strategies and Waitan.
All views and opinions expressed are our own.