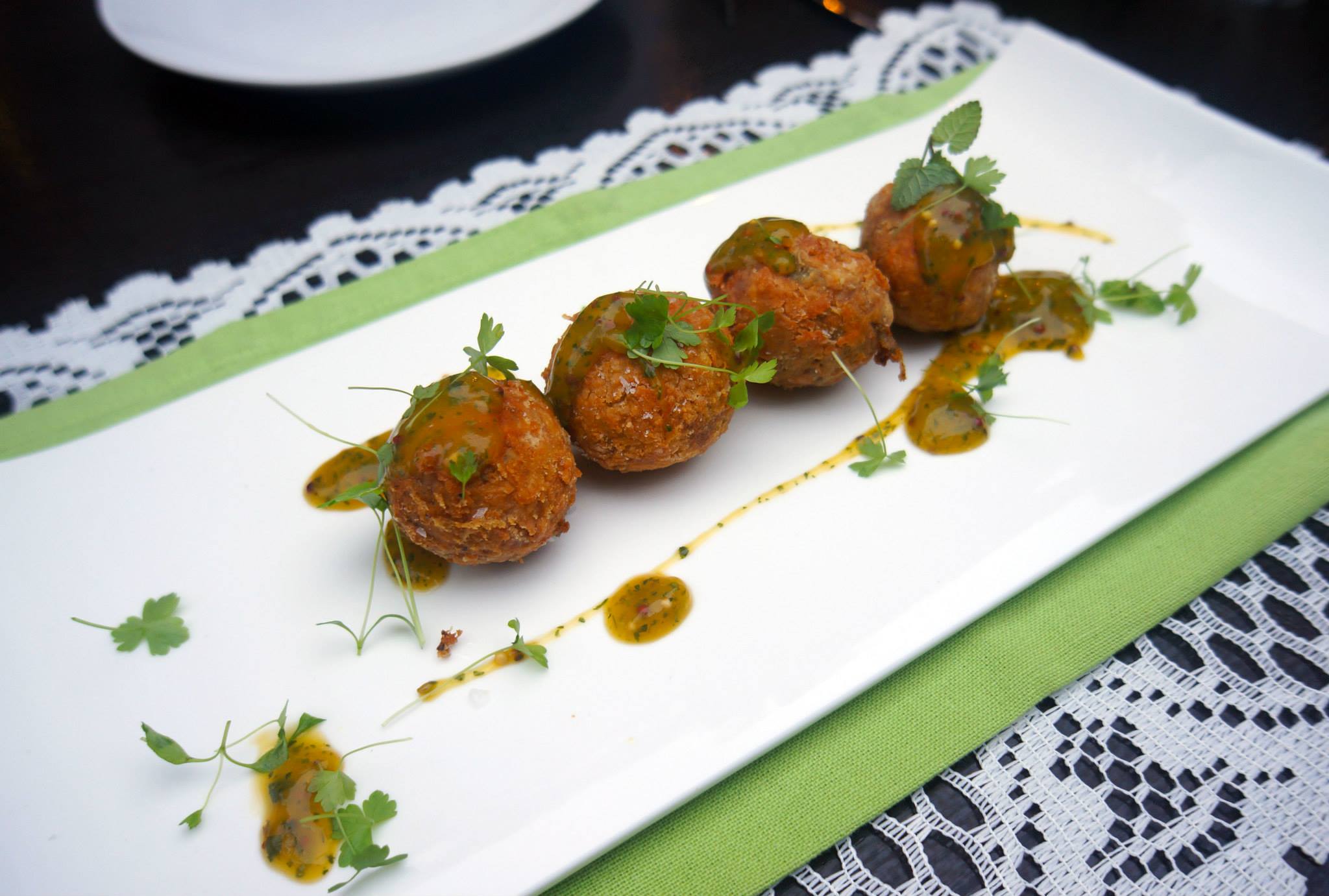 Since I work in I.T it’s been interesting to see the rise of crowdfunding projects and ideas (think Kickstarter), this trend has spread to hospitality where a group of entrepreneurs bought an empty venue in Darlinghurst and launched IconPark. For those that don’t have a clue what IconPark is, it’s basically a competition where candidates can submit restaurant and bar ideas – the top 6 then compete for the most supporters with the most backed idea crowned the winner and given the opportunity to open their idea at the venue.

Last week Miss K and I were invited to the Newtown home of Alana & Matt who are behind British India Trading Co to sample the menu that they plan to offer at their dream venue. The concept behind British India Trading Co is unique and offers an experience from the British Raj – two distinct cultures blended together to create a fusion menu with influences from both. Matt previously worked in a Michelin starred restaurant in the U.K.

The tasting got underway with Matt cooking in the kitchen, the first dish to start the evening was the Vegetable Bhajee (above) made with onion, eggplant, minted chutney and coriander. Definitely an amazing and great tasting dish, much healthier than the bhajee I’ve had at Indian restaurants which are generally dripping with oil. 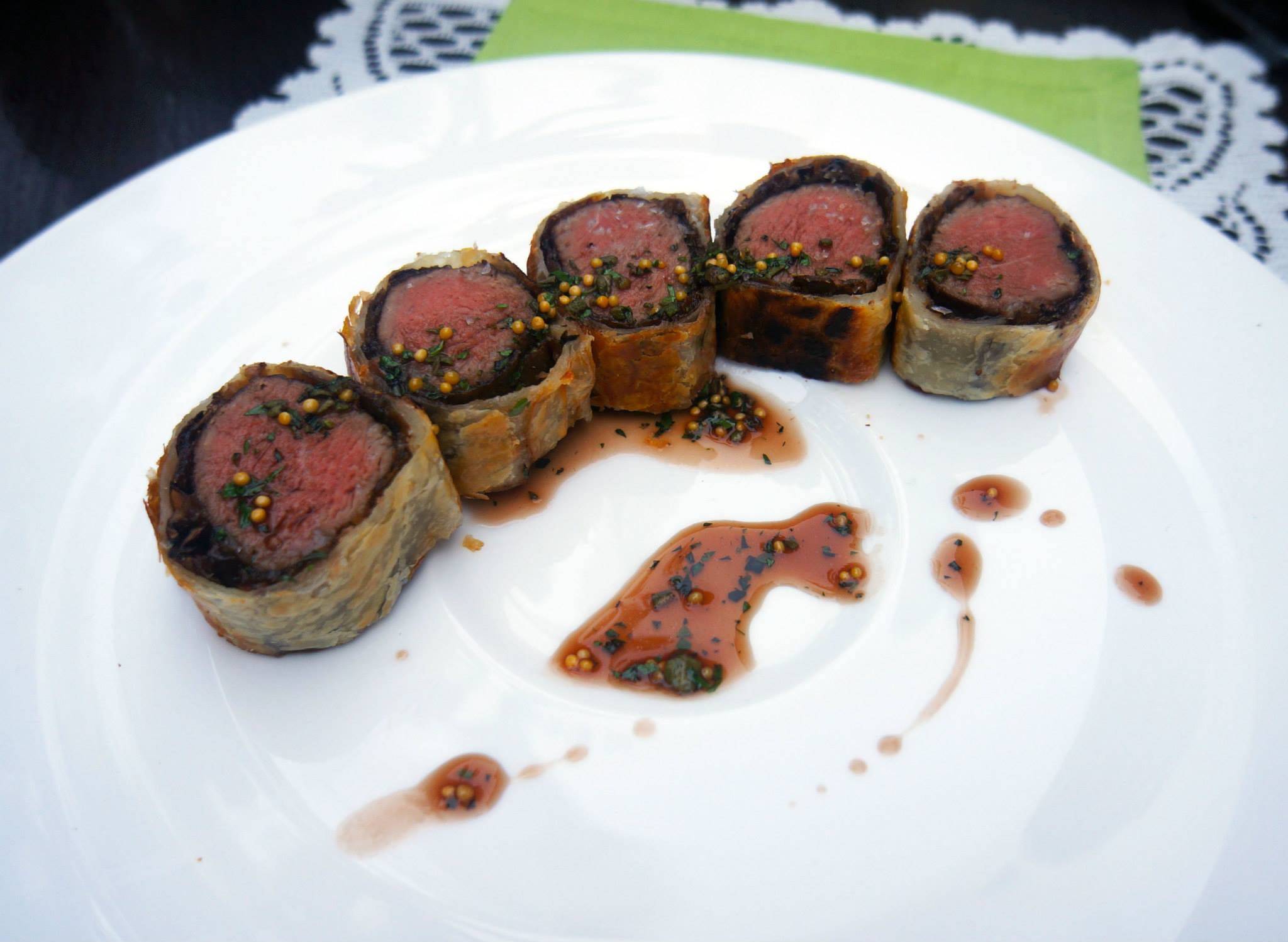 Since the concept is ‘British’ India, the menu has some more familiar items such as the beef wellingtons. The only little twist with this particular dish was that instead of pate, Matt decided to use a mushroom mix inside the puff pastry which Miss K and I were real big fans of! 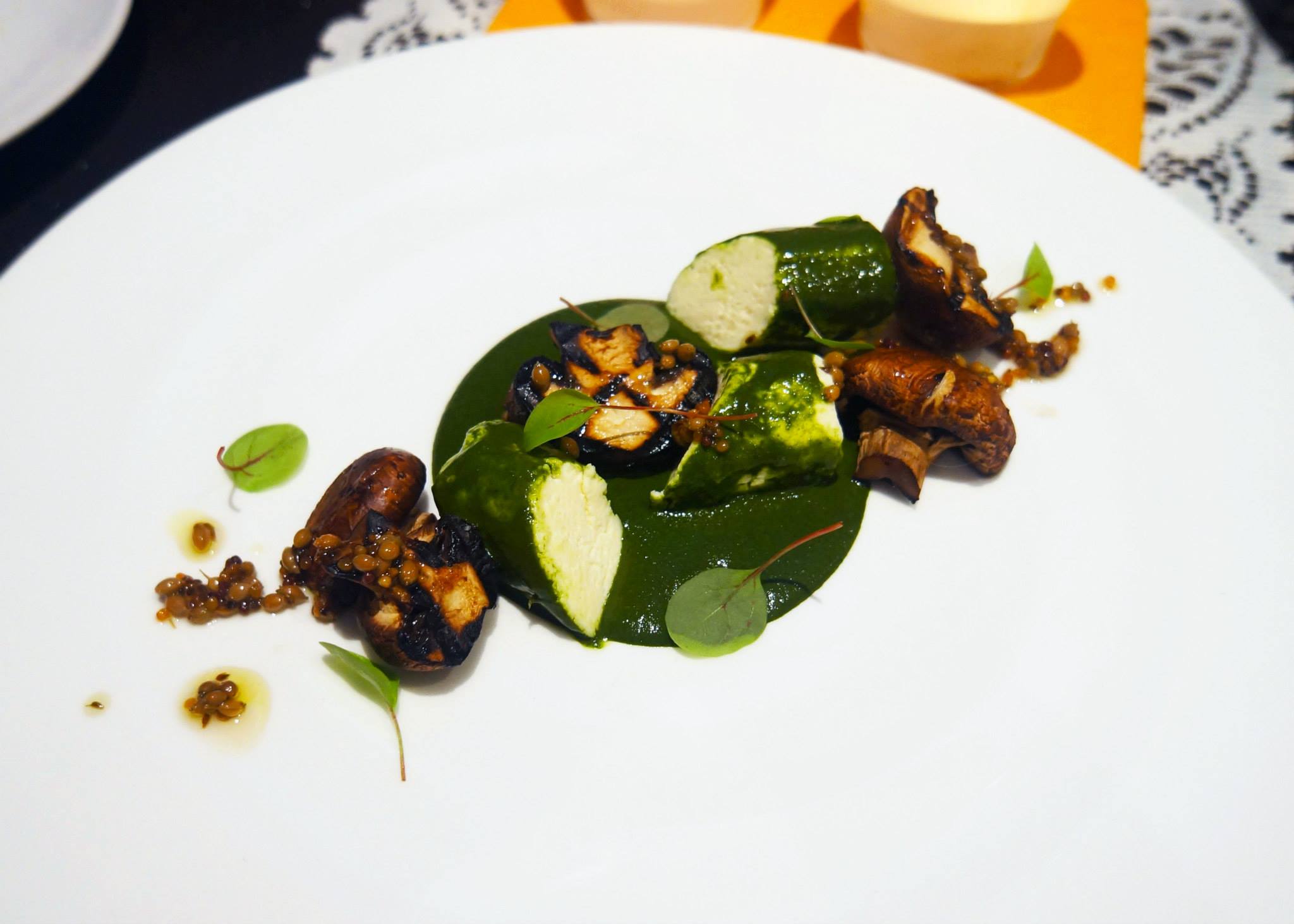 Heading back into Indian territory, we were served Palak Paneer which is a pretty standard Indian curry. The basis for the dish is pureed spinach with Indian cottage cheese but in this case mushrooms were also added. Just to note, Matt creates all his dishes from scratch including the cheese which we thought was a nice touch. 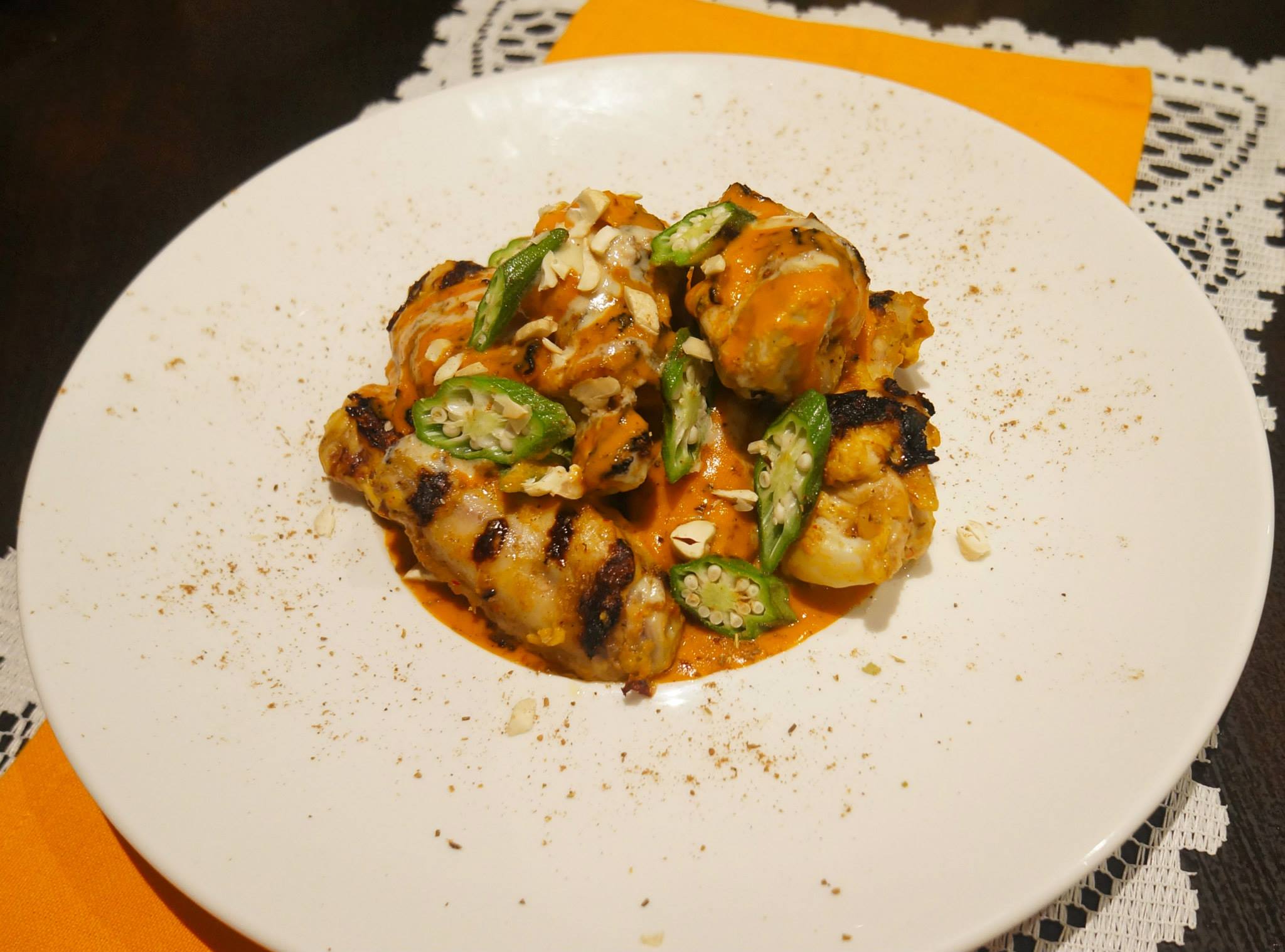 One of the highlights of the night for me was the Chicken Tikka Wings, they’re basically char grilled wings doused in tomato sauce and a variety of spaces including okra. I ended up snatching a bunch of these because the sauce and chicken was so good with the naan and rice (more on that below). 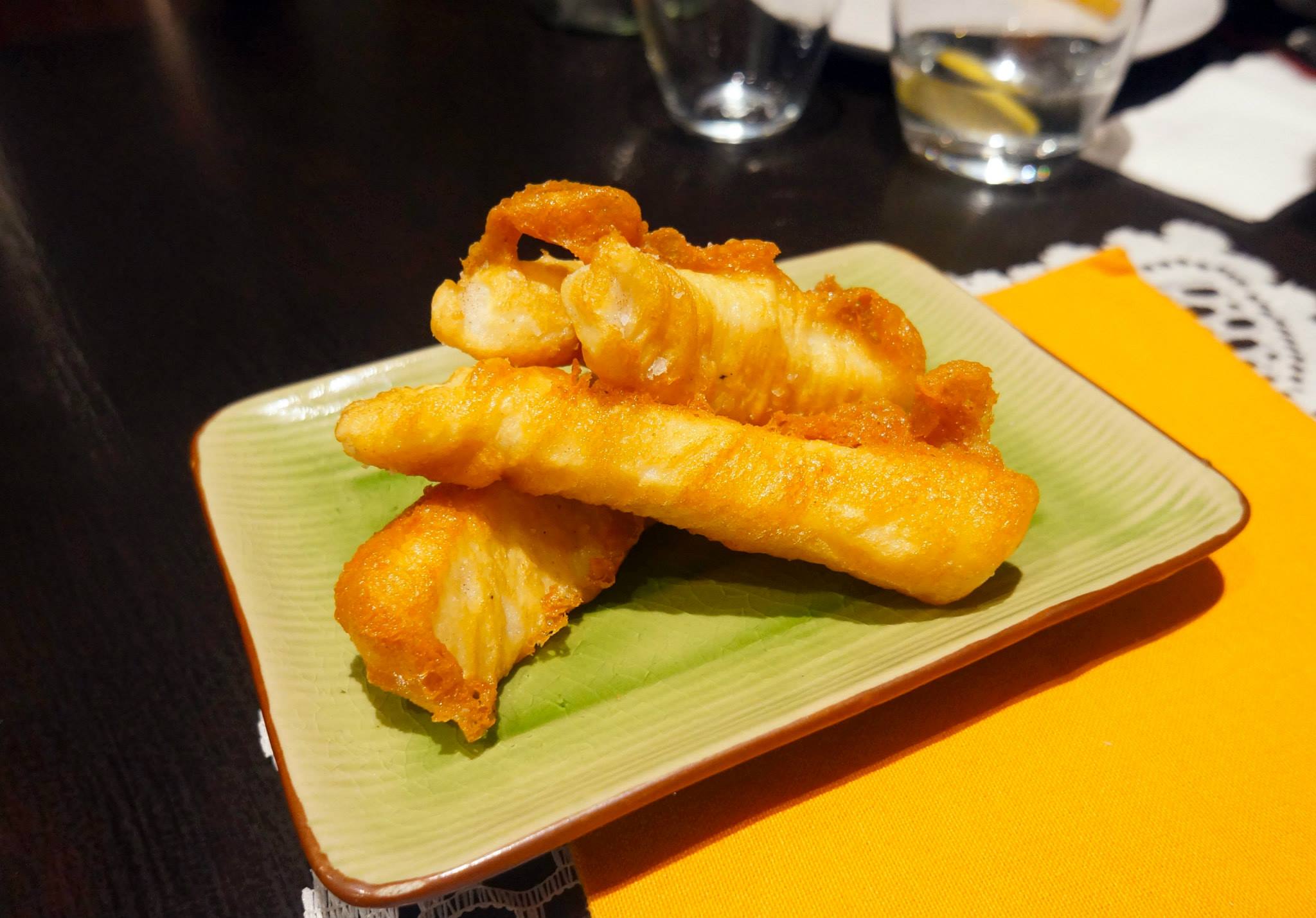 Gurnard is a lesser known fish that has a very firm texture but nice taste, I have to admit this particular dish is quite like fried fish fingers but a little more exotic. The best part was definitely dipping it in the tomato and tamarind chutney sauce that was served alongside it. 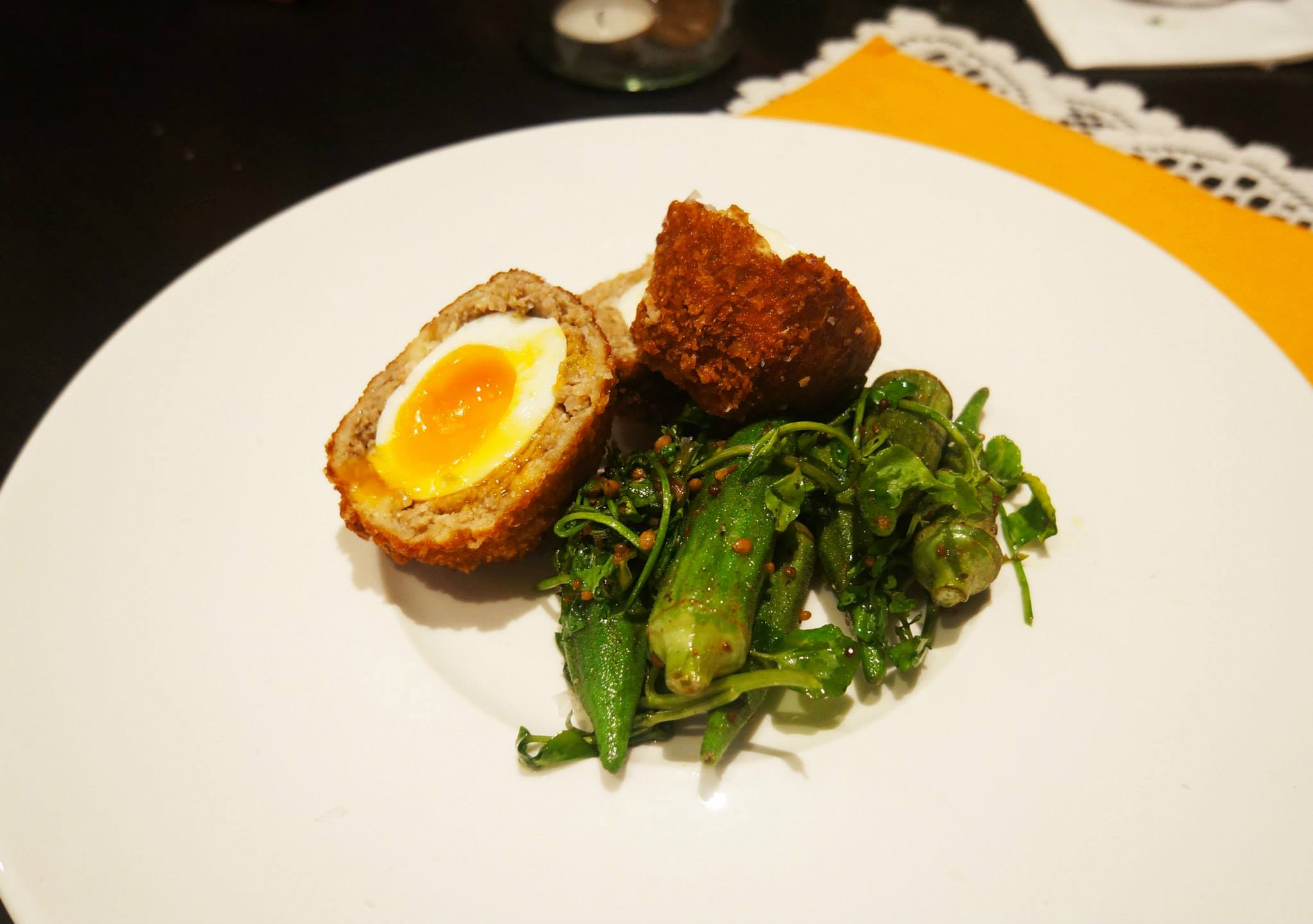 This particular dish is one of the fusion variety, the traditional British scotched egg with an exotic twist. The batter is filled with fresh green chilli and coconut pork mince which makes it the spiciest dish of the night which caught me by surprise, it’s also served with okra and watercress 🙂 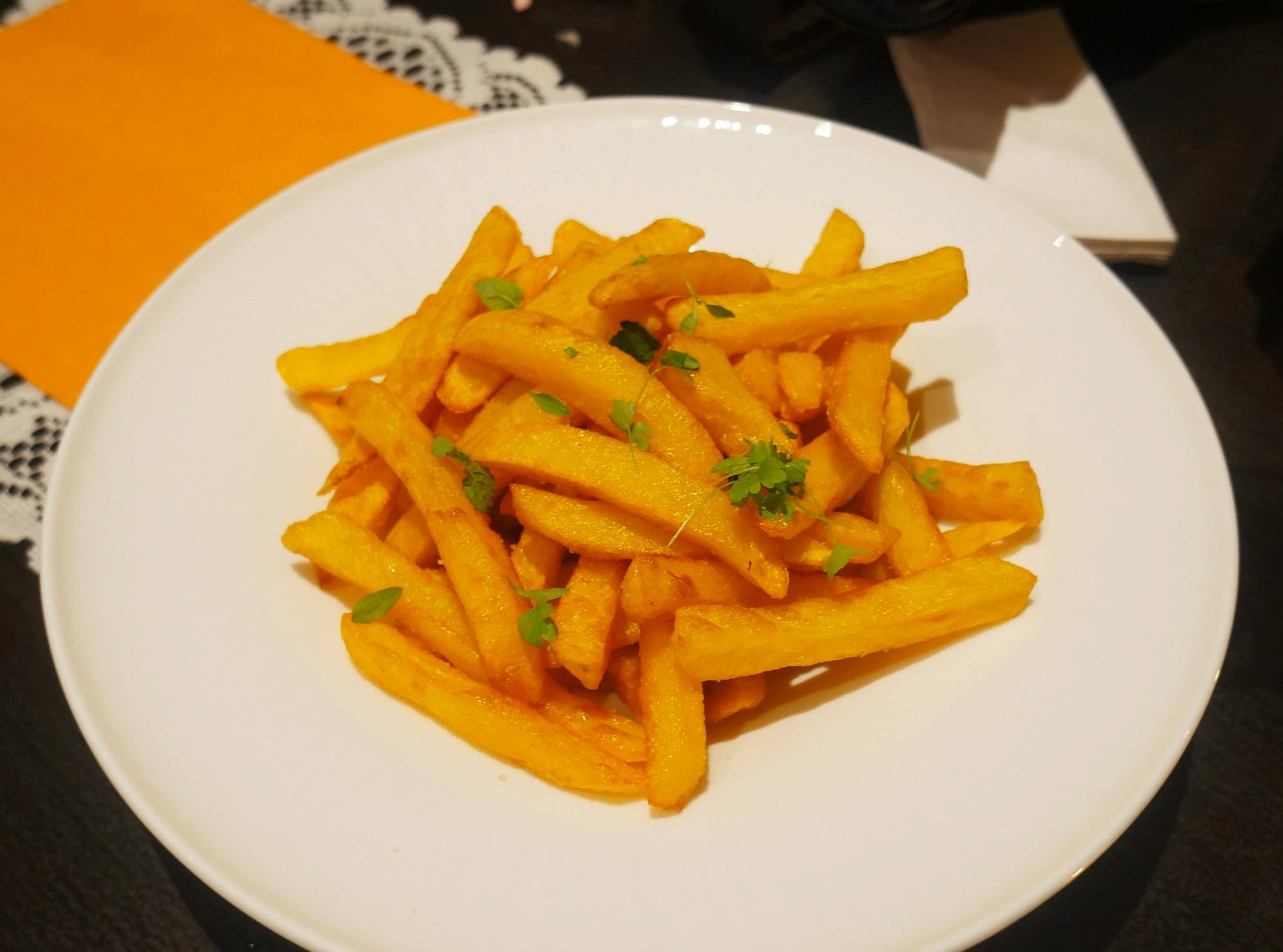 Miss K noted that this was easily her favourite dish of the night, thrice cooked fries infused with saffron herbs is definitely the most interesting type of fries I’ve ever had and they’re amazing. They’re served crispy and with BBQ sauce but I ended up eating them without any sauce because they’re already tasty! 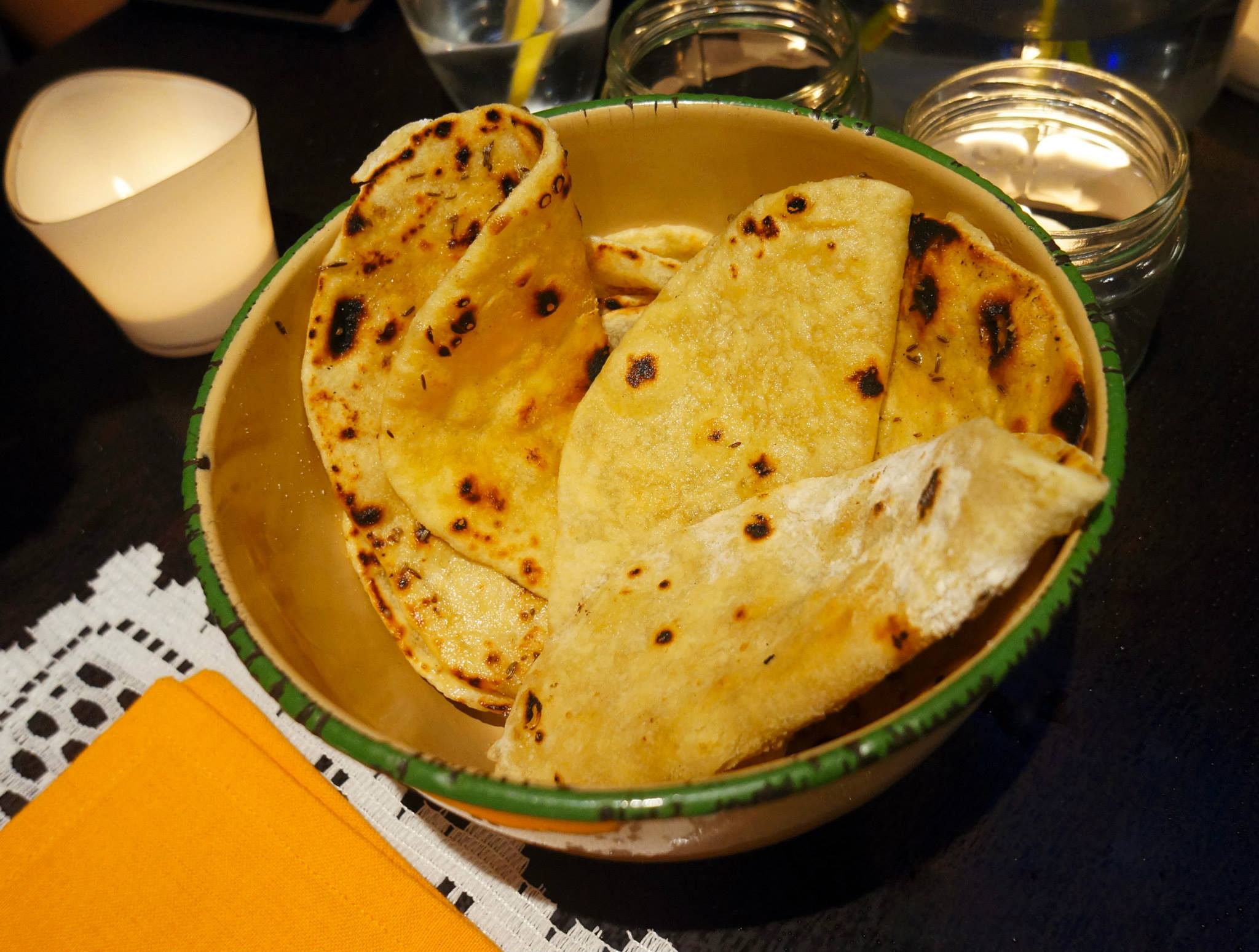 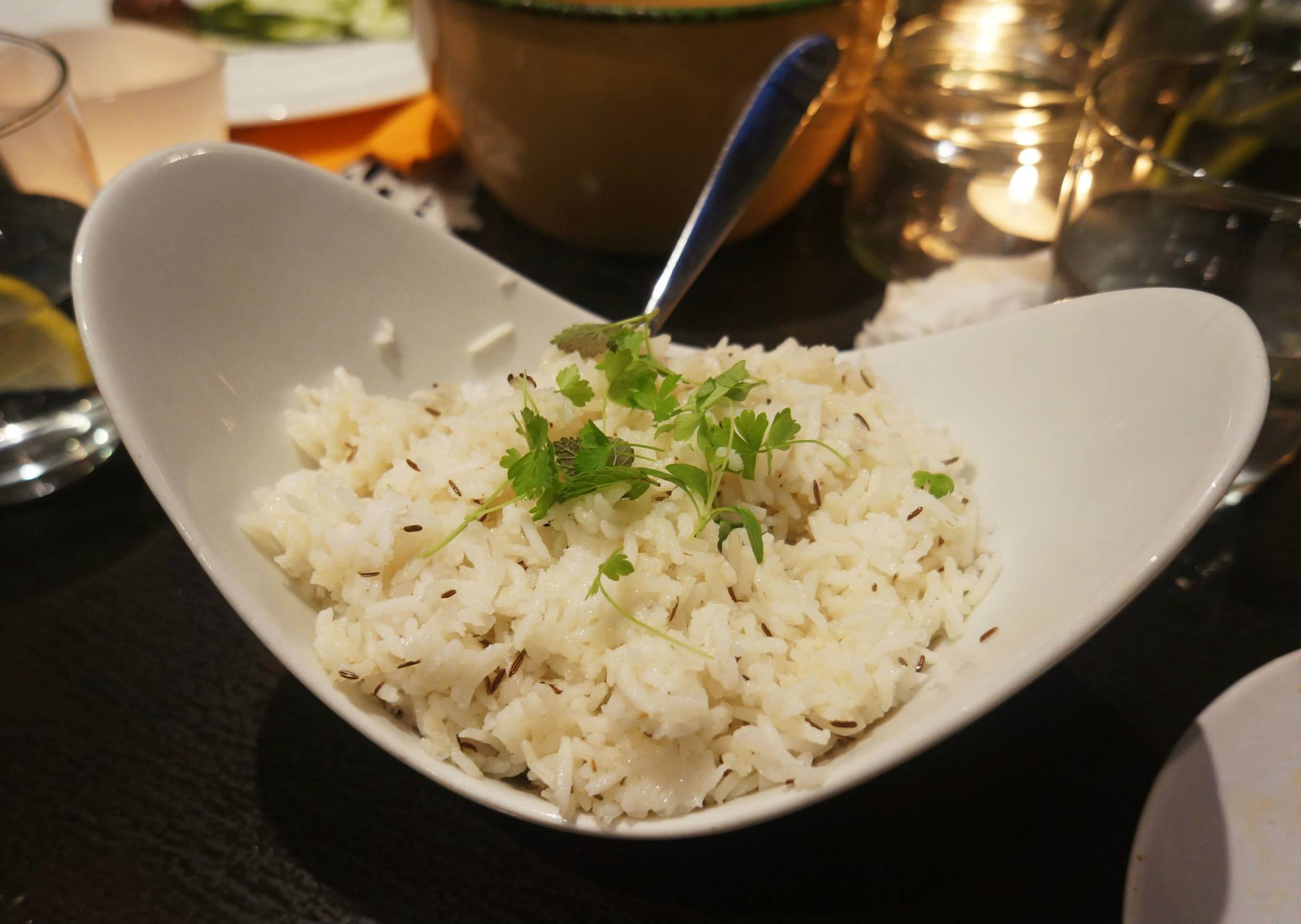 The dishes came with sides of rice and naan, the rice is soft and fluffy while the naan is crunchy. Definitely a choice here for everyone depending on your tastes! 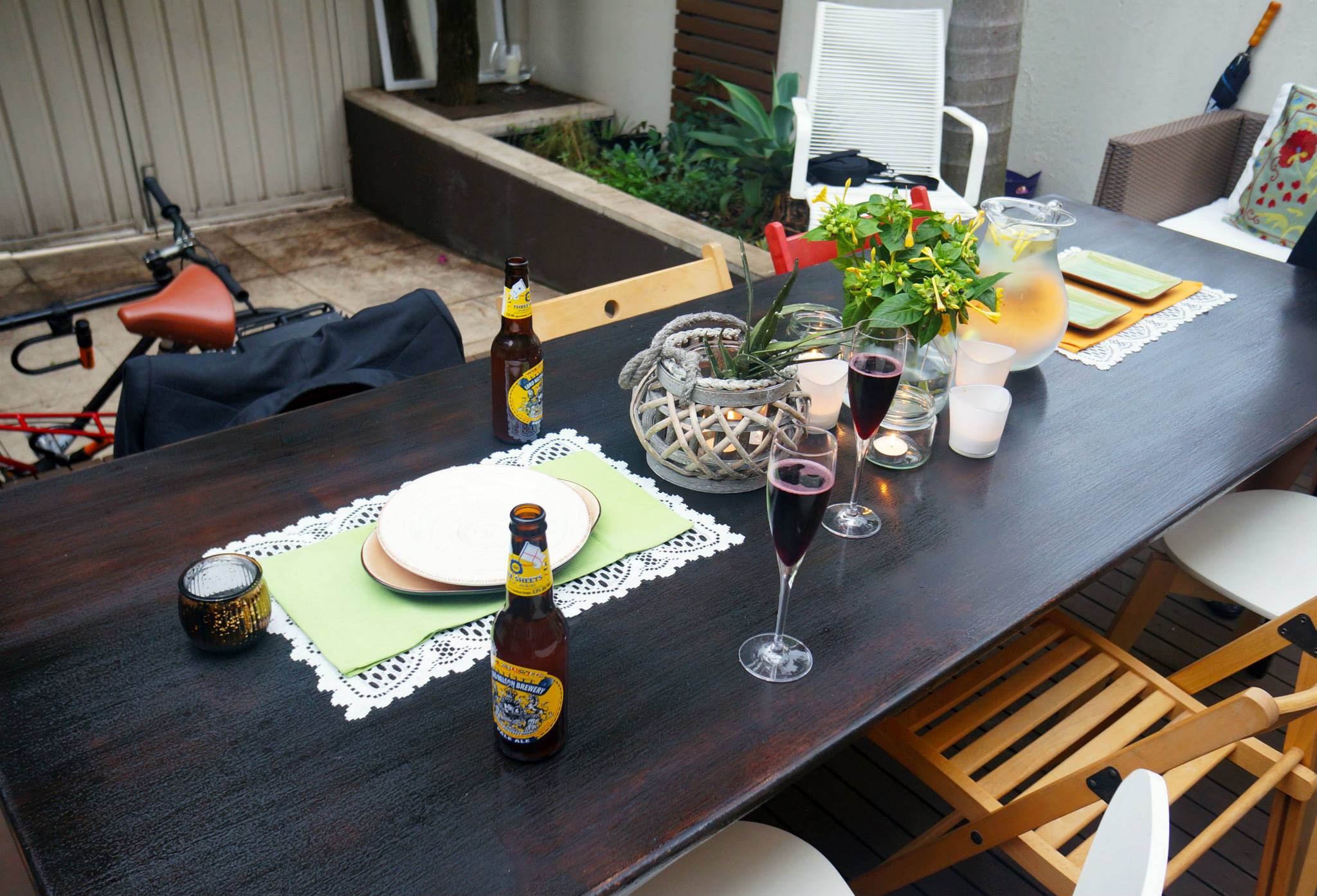 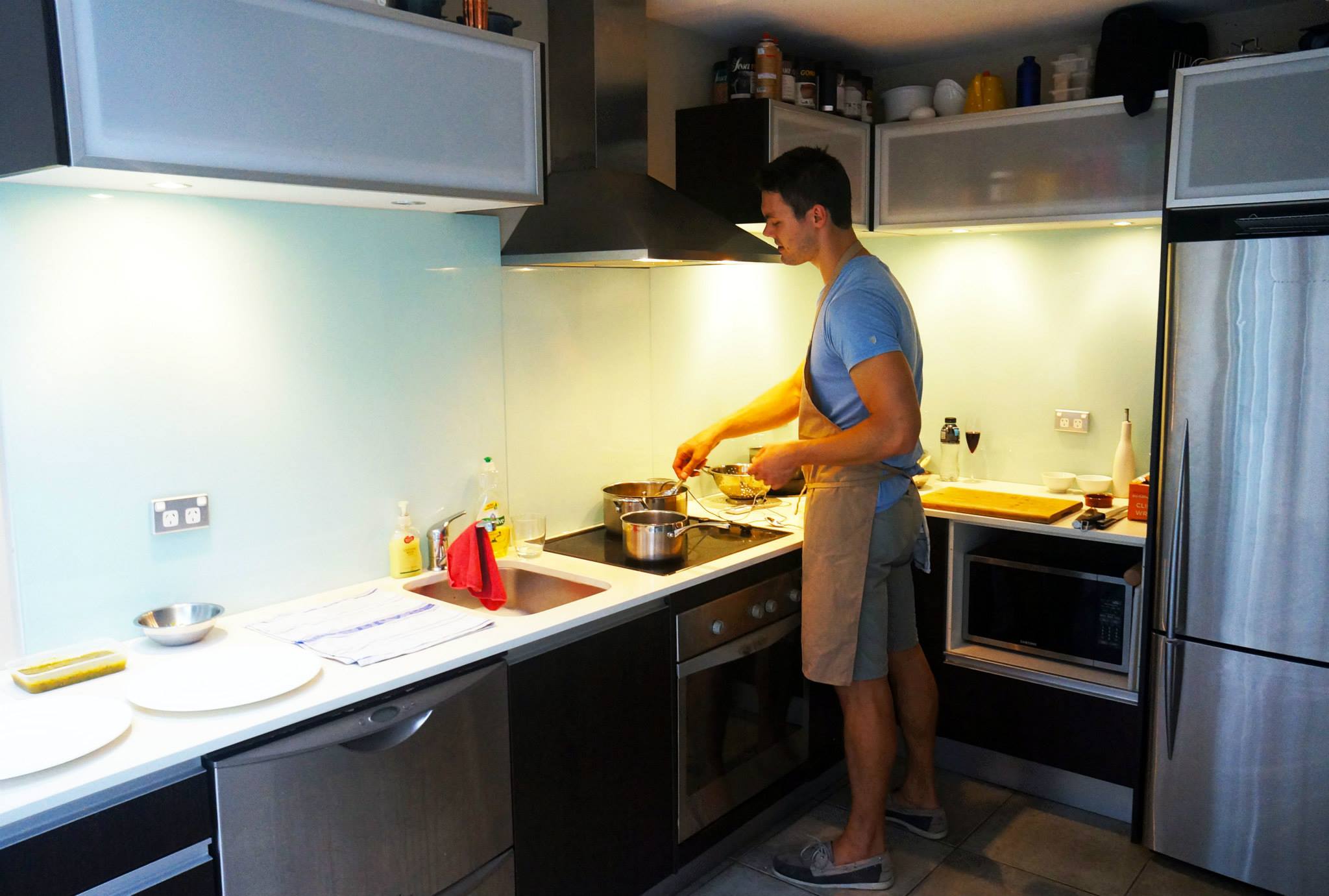 If you like the idea behind this concept, check their Iconpark page out and give them your support – we already have! They’ll also be at Taste of Sydney if you want a taster of their food 🙂

They also have a full food and cocktail menu (with pricing) along more information on the page. There’s also a competition to win a trip to India so take a look! 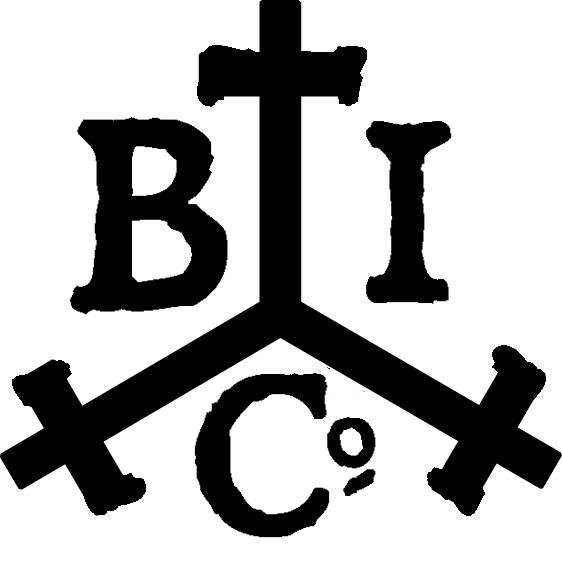