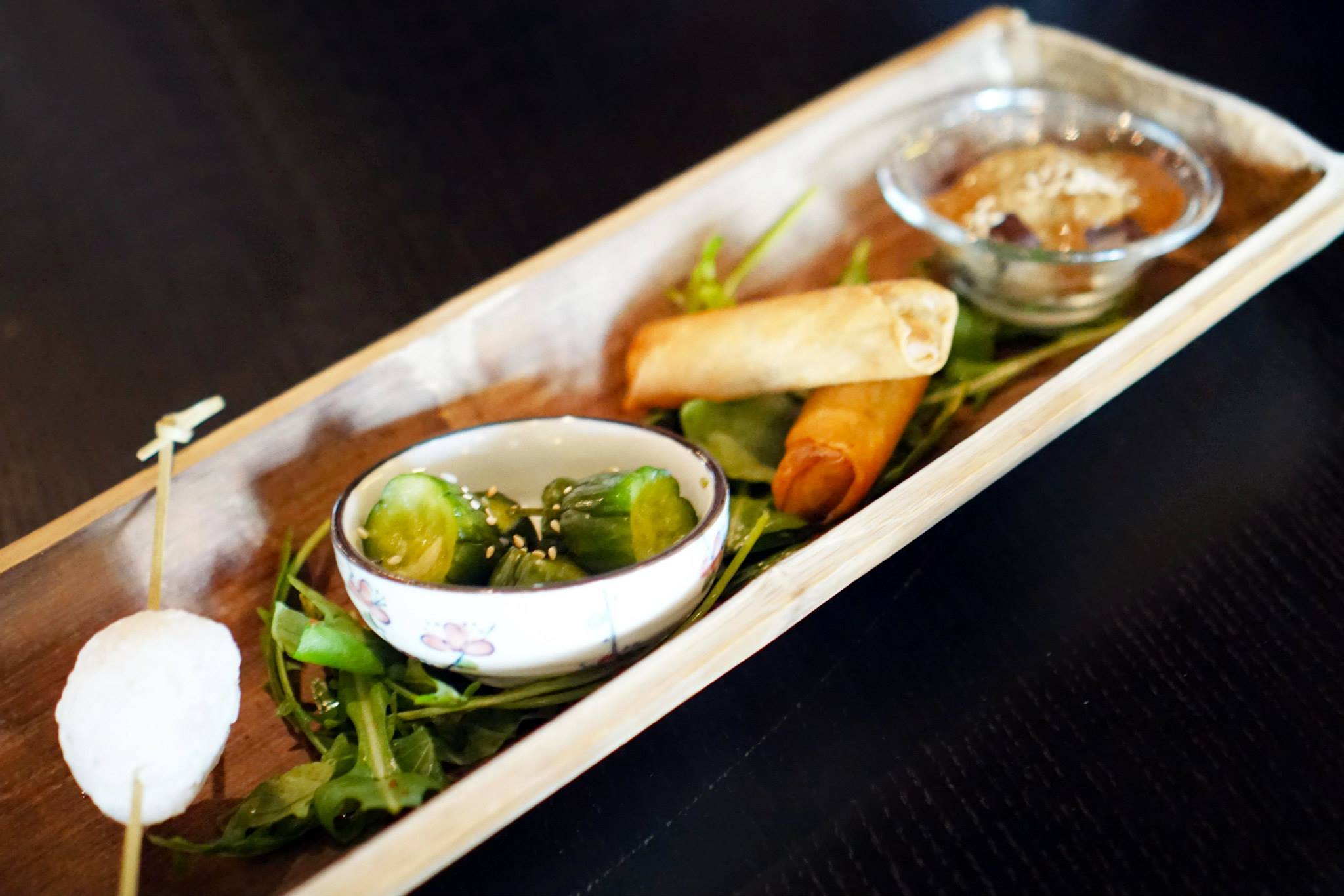 China Republic is one of the newest establishments to join the ranks of top end Chinese restaurants in Sydney CBD, it’s great to see a mixture of the typical hole in the wall Chinese located right next to new classier restaurants. The key thing I would note is that the higher quality ingredients and posh interiors give the nicer restaurants a nice feel. It’s important to understand that more expensive food doesn’t directly translate to better tasting food, luckily China Republic performed well in both fields 🙂

Each person on the table was welcomed with an interesting bamboo ‘plate’ of entrees consisting of a number of cold mini dishes, this reminded me of my visit to Shanghai where a lot of the entree dishes are served cold rather than warm as in most other cuisines. The entree tray was a little bit of a let down, though I may be a little bias because there was a lack of meat and a big focus on cold vegetable dishes. 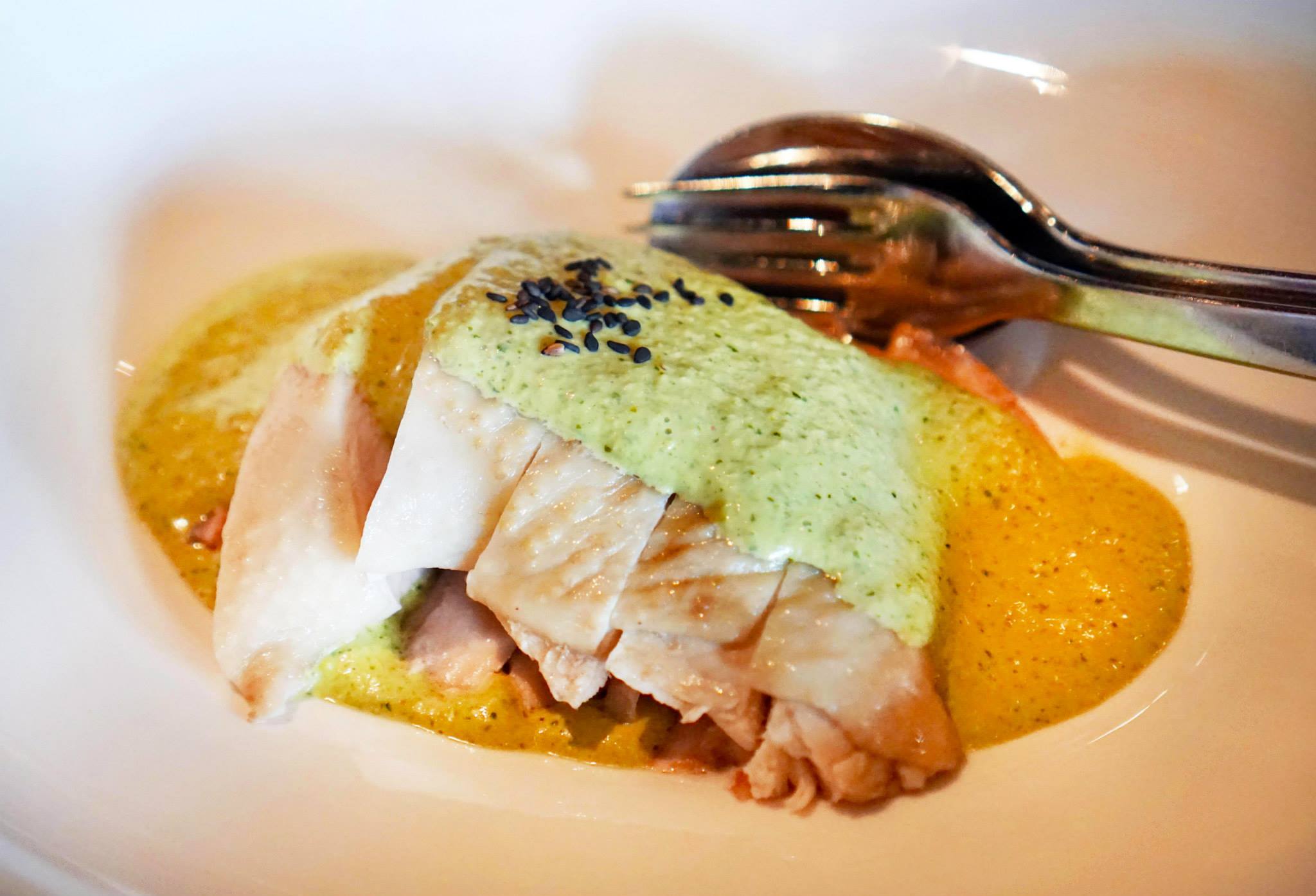 Miss K and I agreed that this was probably the best dish out of all that we tried, the combination of sauce and chicken was just so perfect. The cold poached chicken was so tender and had a distinct taste – I believe it had a hint of alcohol but I might be wrong. The sauce that accompanied the chicken was quite an experience and really incredible despite my initial doubts because of the horseradish. 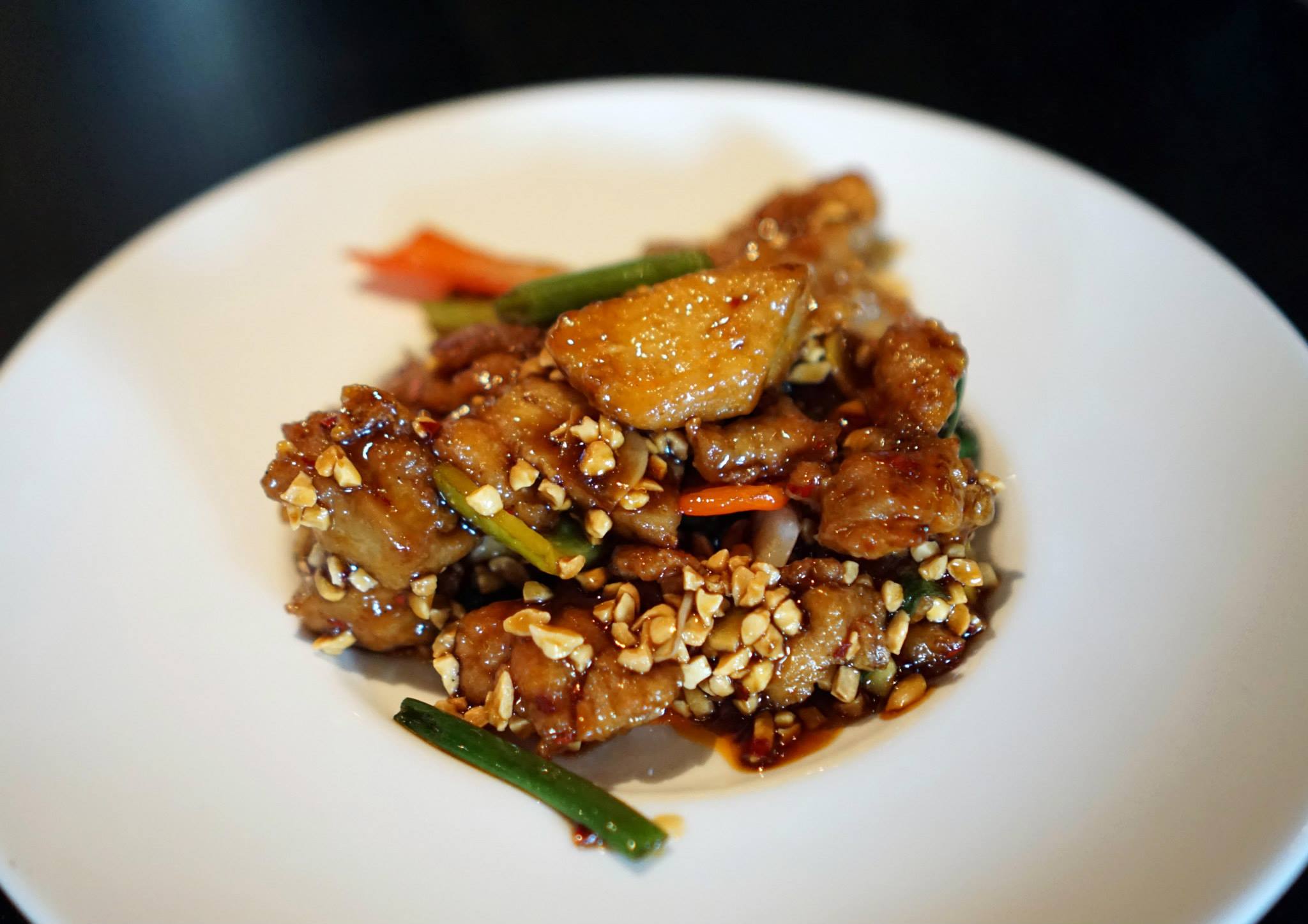 Kung Pao chicken is a dish we seem to consider a staple on almost every typical Chinese menu so I was surprised to see it on the menu at China Republic. This dish turned out to be quite a popular one and at more than one point during the lunch a few people awkwardly tried to reach for the same dish. I would have to say the key difference here was the sauce which wasn’t too salty or sweet and the amazingly tender chicken, higher quality ingredients really play a huge role here. 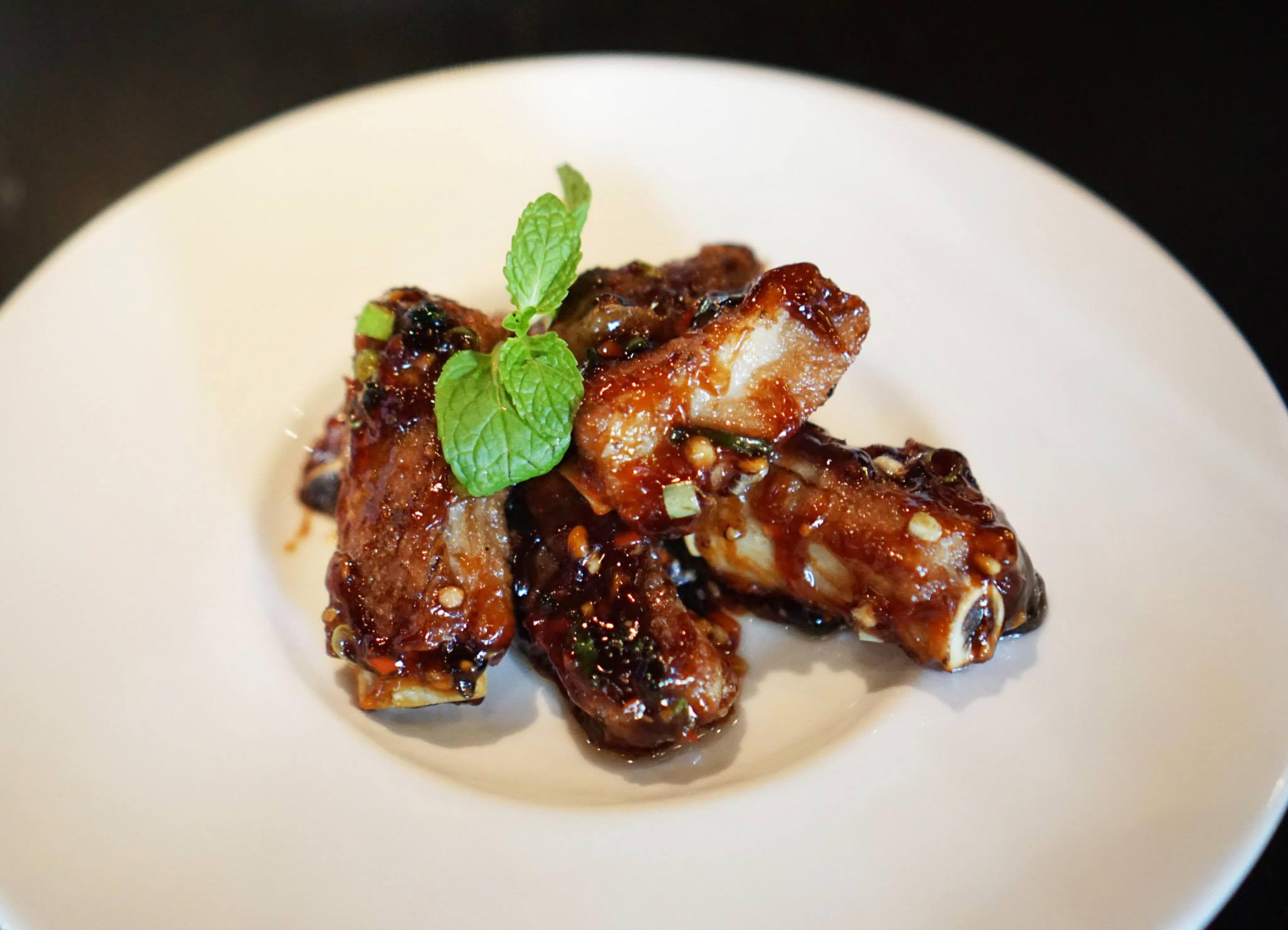 I rated this as one of the better dishes simply because I absolutely love pork ribs in any shape or for. The best part was the fact that the sweet and sour sauce had an intense flavour burst and the pork was so soft that it almost melts in your mouth with each bite, though most ribs when cooked correctly are very tender. 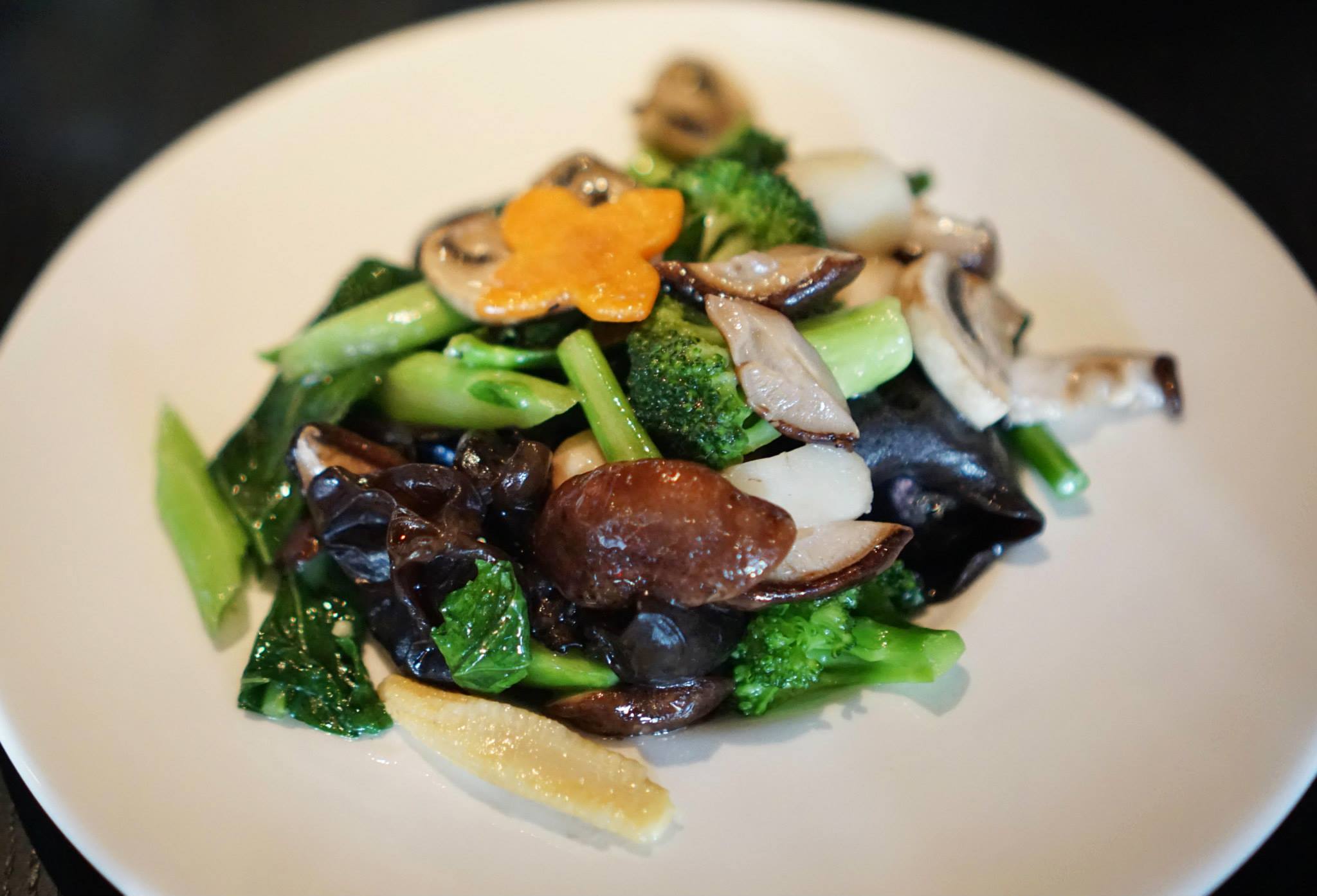 Every traditional Chinese meal needs to be accompanied with a vegetable dish and this wasn’t an exception. The mixed Chinese vegetables dish consisted of the usual greens along with baby corn and mushrooms and stir fried, it wasn’t overly special but I always welcome a great tasting dish of greens. 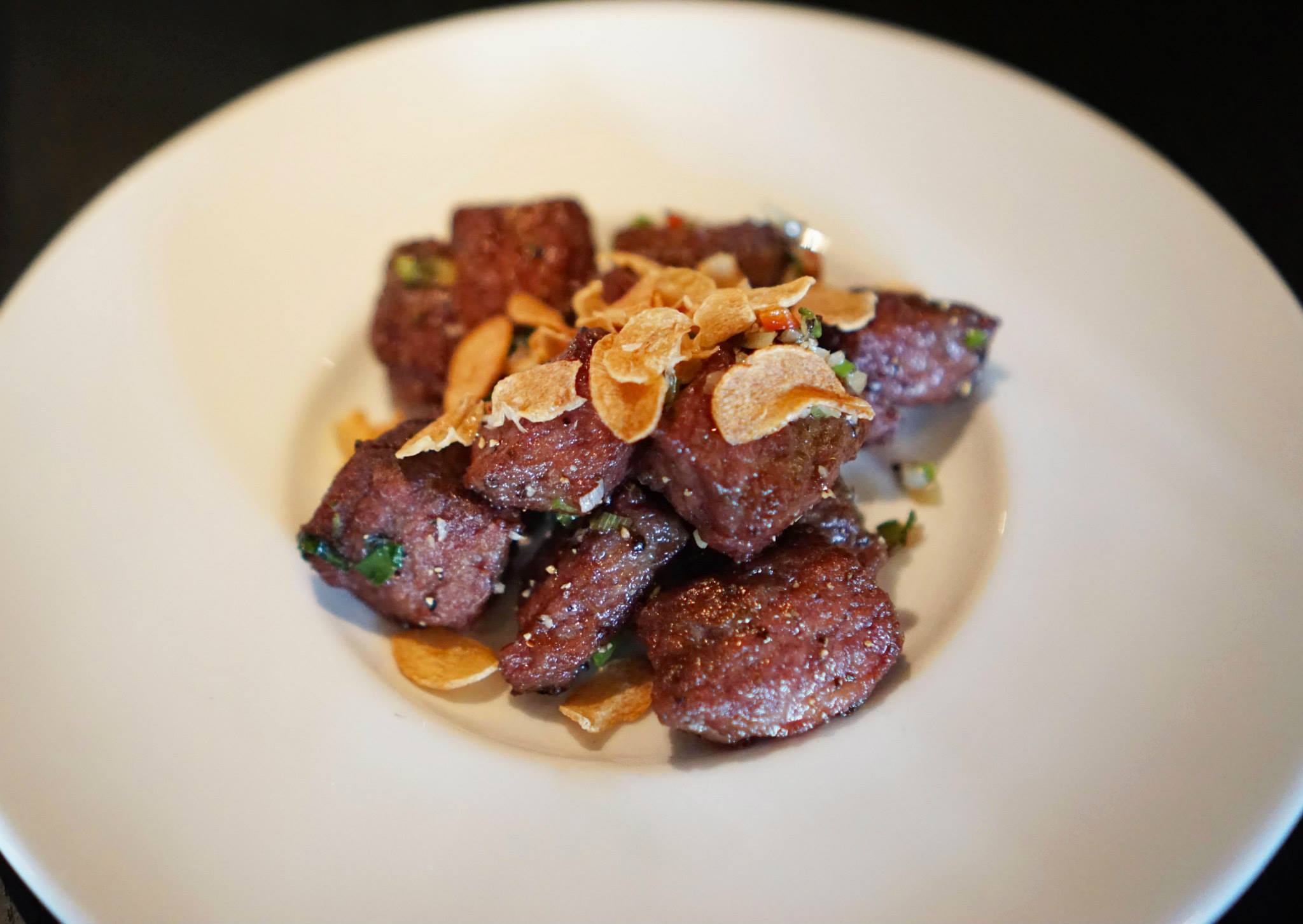 Miss K really liked this dish because she’s a fan of beef, the wagyu was very tender and the fried garlic was probably the part she enjoyed the most. I definitely thought the beef was much better than what you would get in lower end Chinese restaurants as they tend to use poor quality meat, the meat here is extremely easy to eat and despite being cooked past medium rare (blasphemy for wagyu!) it was a great tasting dish. 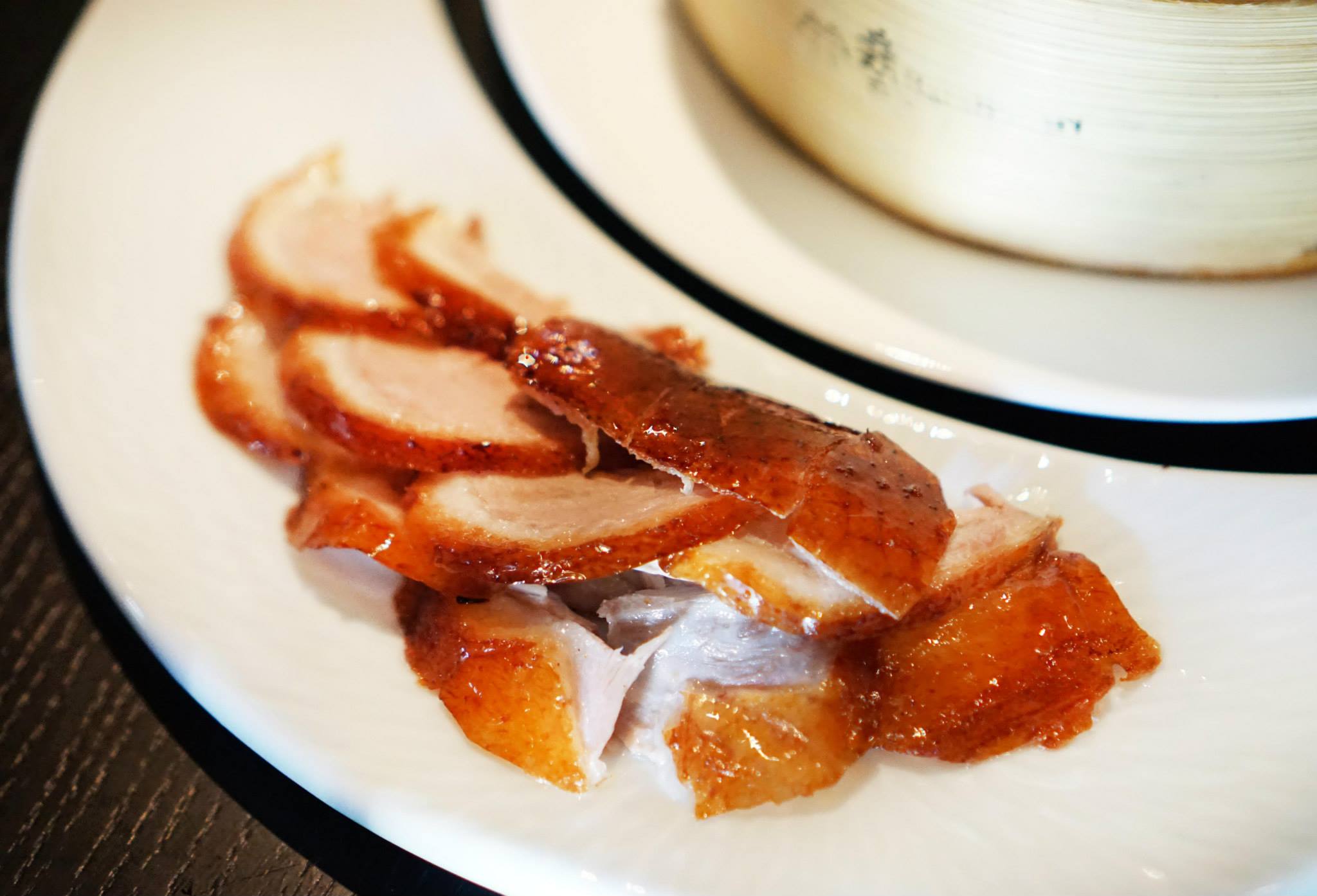 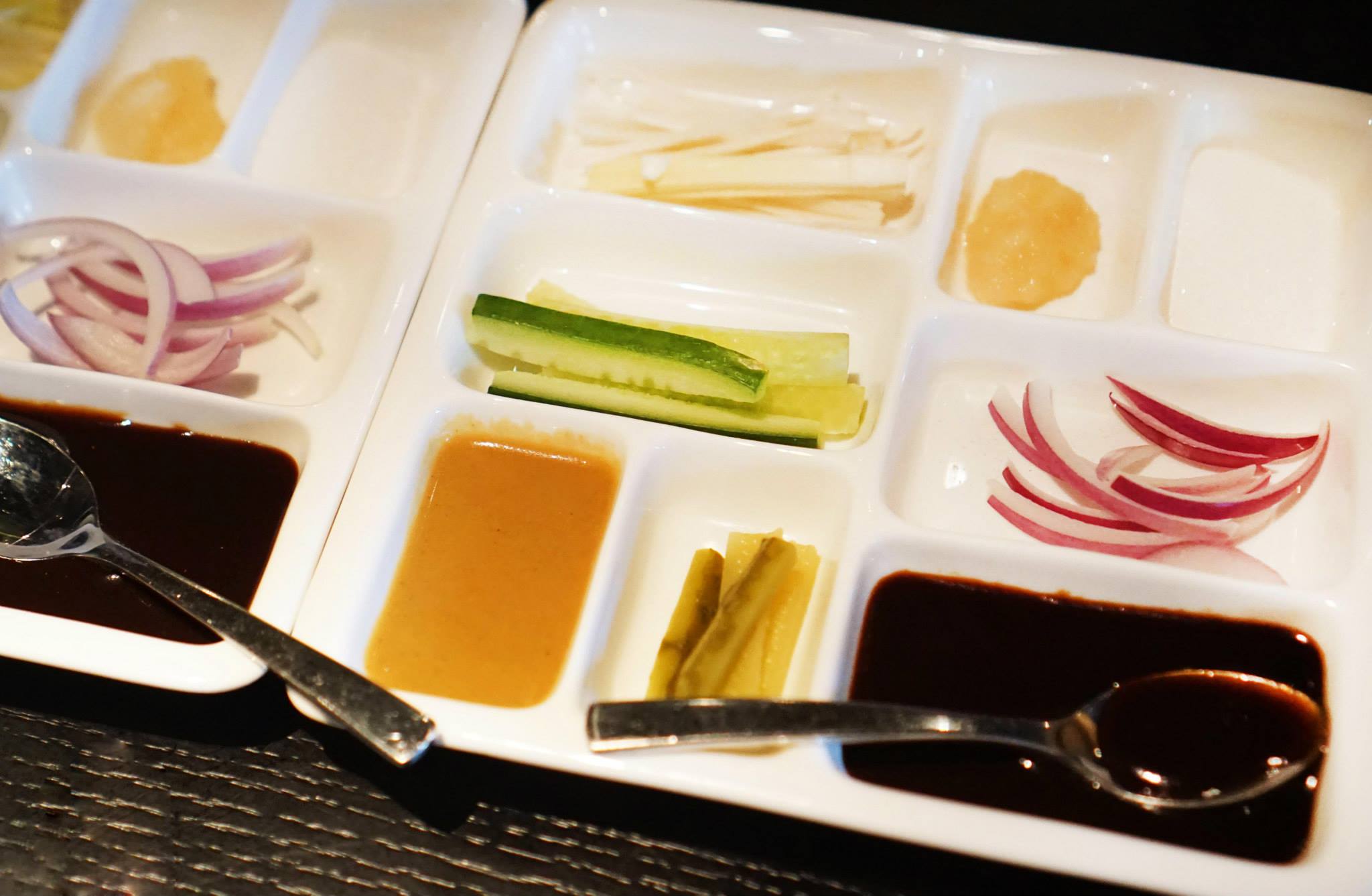 This was the dish I was most waiting for and I wasn’t let down when it arrived, China Republic seems to pride itself on the peking duck that it serves so much that there are little instructions provided to everyone on the table outlining the different ways you can eat peking duck and how to do so. We were told that the duck is cooked in the proper Beijing method rather than how others serve it which is more akin to Cantonese roast duck, another thing to note is that the duck is cooked with an oil catcher inside which I thought was a great addition to improve the dish and make it slightly more healthy. 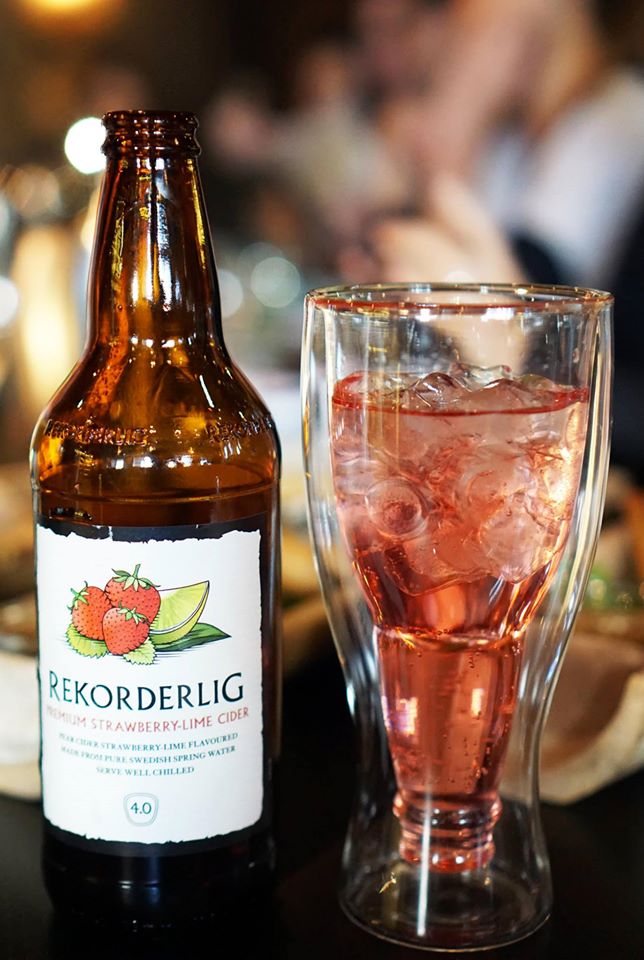 I just wanted to point out that the cup was really interesting because it looks a bottle inside the glass! Usual shout out for our favourite brand of cider too – strawberry and line with ice is so refreshing 🙂 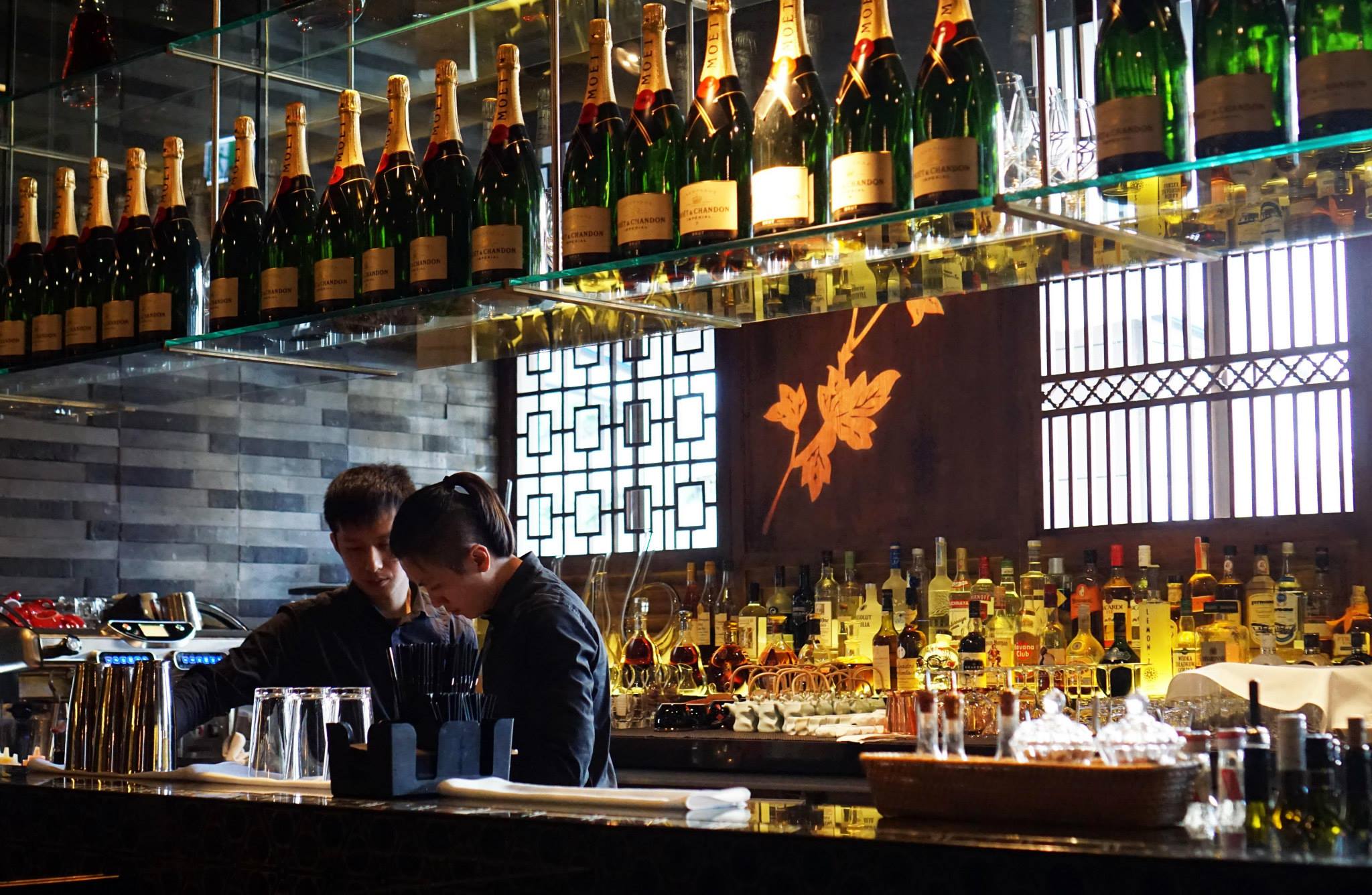 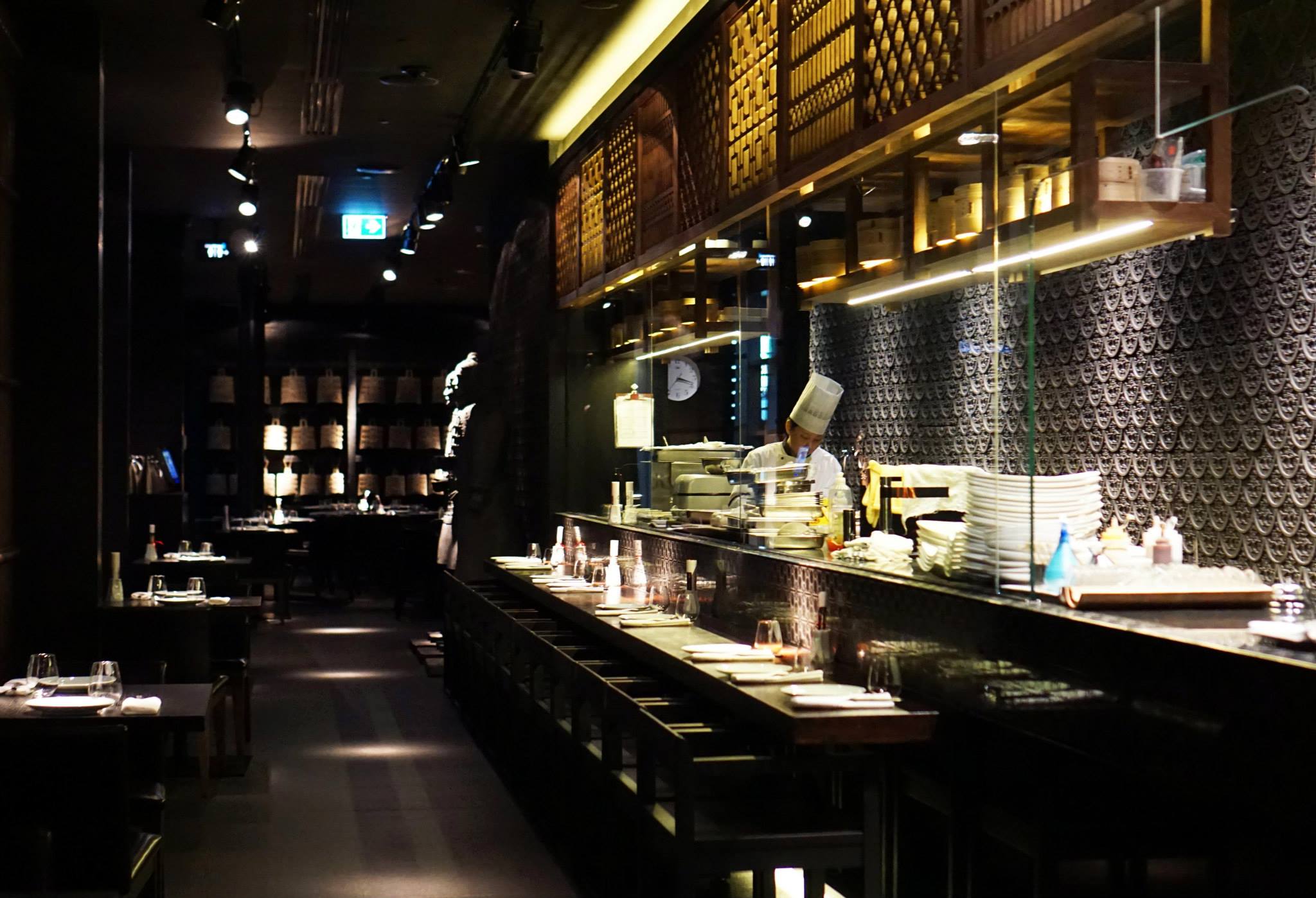 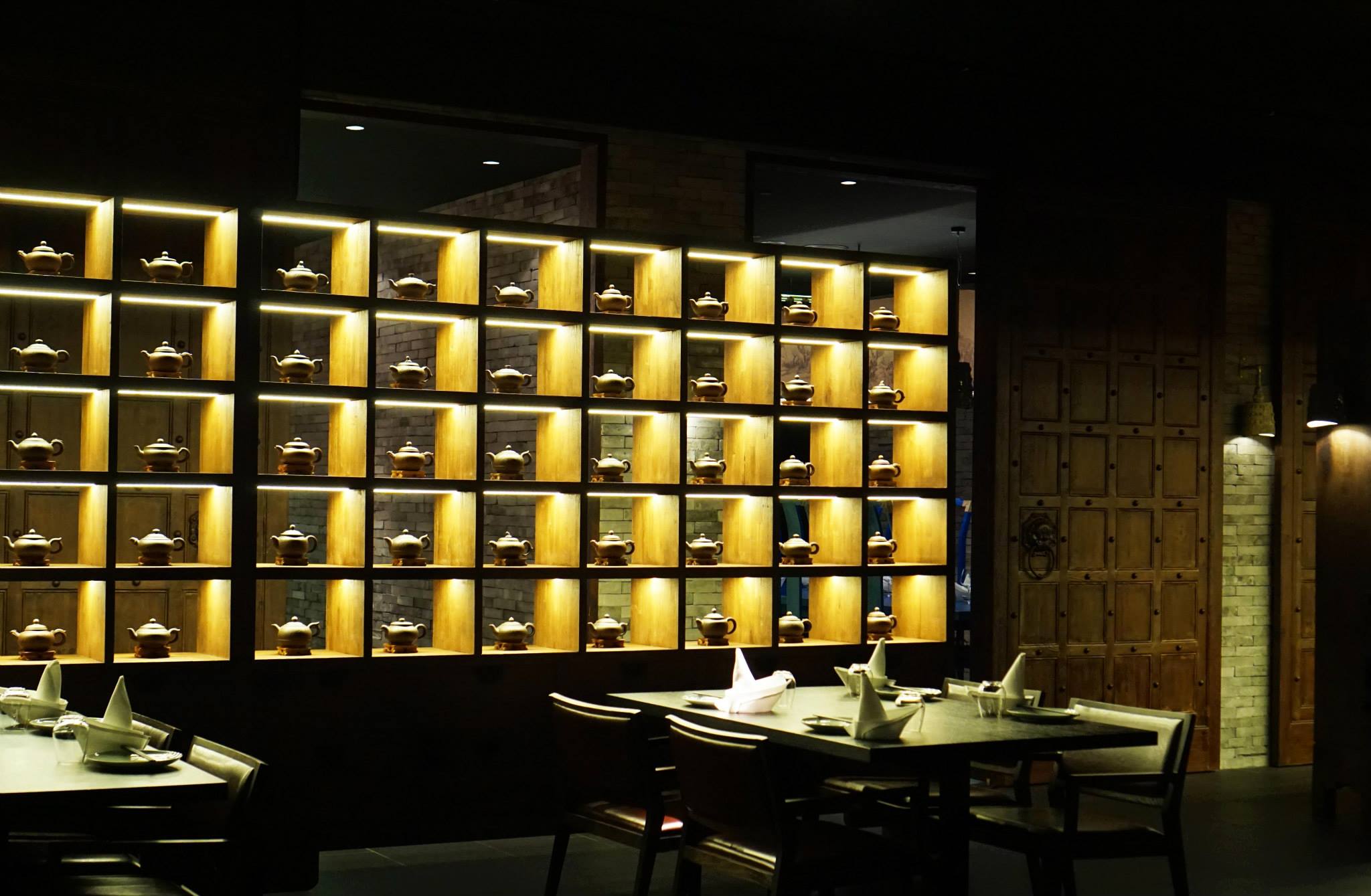 As you can see above the venue is amazing and a huge amount of investment has been poured into creating a very classy atmosphere with a unique blend of modern and traditional elements, there are also a number of private dining rooms on the second level which would be a great venue for larger groups.

Overall a great lunch with good food, we came out very happy with the quality of the dishes and attention to detail. The menu is also quite extensive and a huge selection of dishes inspired by different regions of China are available, although beware the price of some of the dishes may be a little bit prohibitive. The good thing is that they offer a $25-35 express lunch menu!

Mr C and Miss K attended as guests of China Republic and Wasamedia. All views and opinions expressed in this post are our own.