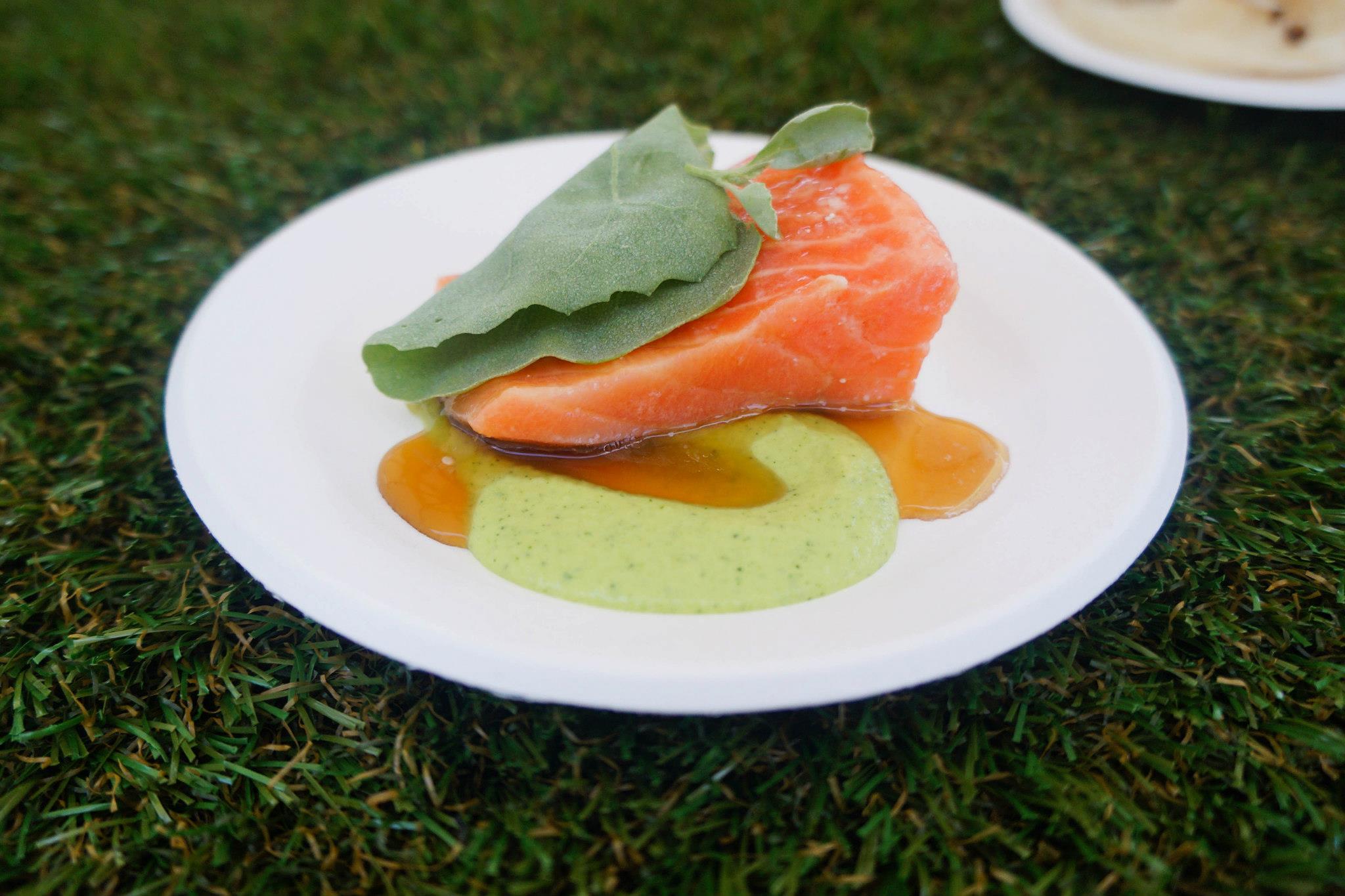 Well this is an extreeeeeemely late post, we actually attended Taste of Sydney 2013 about 1.5 months ago but never got around to checking out the photos properly.

For those that don’t know, the Taste of Sydney is an event held at Centennial Park every year which showcases a range of culinary vendors as well as a bunch of high profile restaurants. It’s kind of like an upmarket version of Sydney Food Festival’s night noodle markets with a more fancy atmosphere and a focus on fine dining. I managed to score two free tickets (would have bought them otherwise) to the event so Miss K and I attended on the first night it was operating for the dinner session.

There are a number of high profile restaurants including Ananas, Sake Restaurant, Porteno, Longrain and many more at the event. It was exciting to be able to try dishes from so many different restaurants in one night at a fraction of the cost, which is around $6-20 each. Aside from the restaurants there were plenty of pop up bars and vendors giving out free samples of their products, yes that includes alcohol.

Our first stop for the night was Claudes and Longrain, they were both located in the same tent side by side so we went straight for some food since we were hungry. The first dish of the night was the Confit ocean trout from Claudes, the first bite of which was delicious and full of smoky/salty flavour. The anchovy dashi went well as a sauce but I have to admit the saltbush didn’t have much taste to it. Overall it was a great dish and I can imagine the full dish would be amazing. 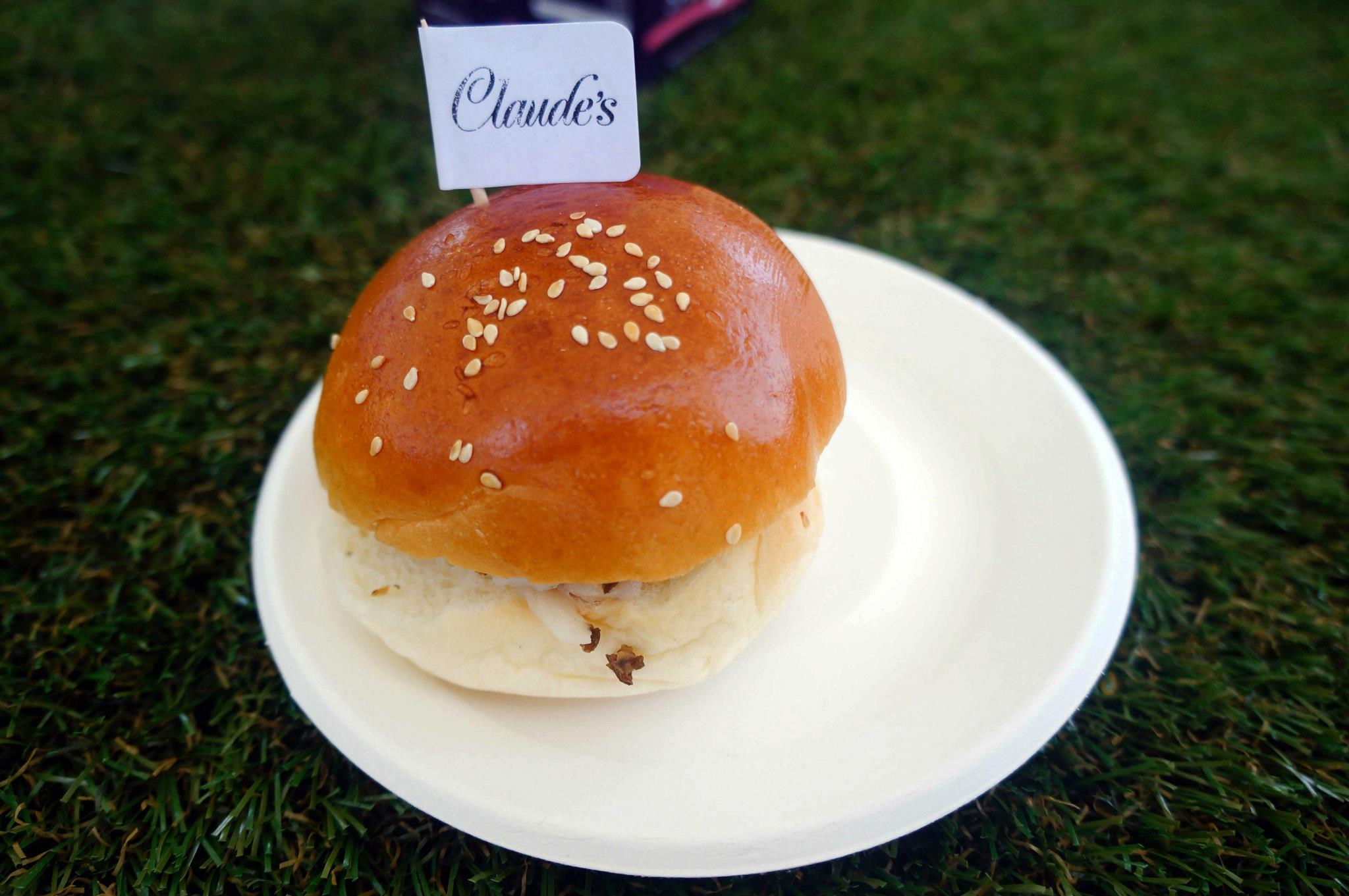 Our second dish from Claudes was the pork cheek and black fungus roll, when I saw this dish on the menu I already knew Miss K would love it so I immediately ordered it (besides it was only $6!). I was kind of surprised it had no sauce inside, literally just pork and fungus but in the end the saltiness and textures combined to make a great dish – I mean I’m not going to complain about pork AND mushrooms… 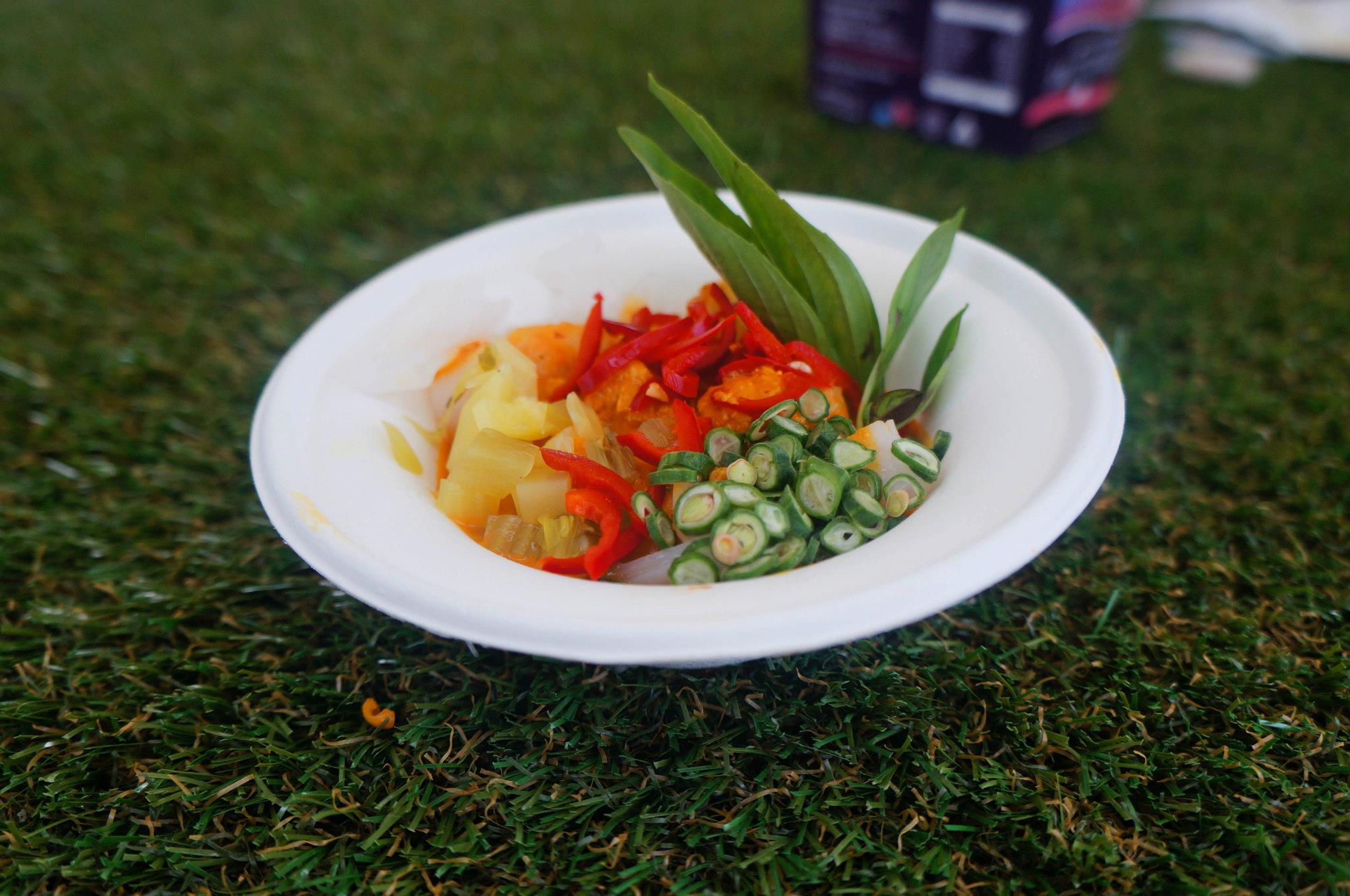 Our third dish which we grabbed the same time as Claudes was from Longrain. This one was a favourite of Miss K – she was a massive fan of the tumeric spice combined with a creamy noodle sauce. Having tried a little bit of it as well I have to say it was amazing but not exactly something I would enjoy in terms of texture as I’m not a fan of the pile of greens on top. Overall this gave me a really good impression of Longrain and although it was on our ‘to visit list’ it’s a now must do. 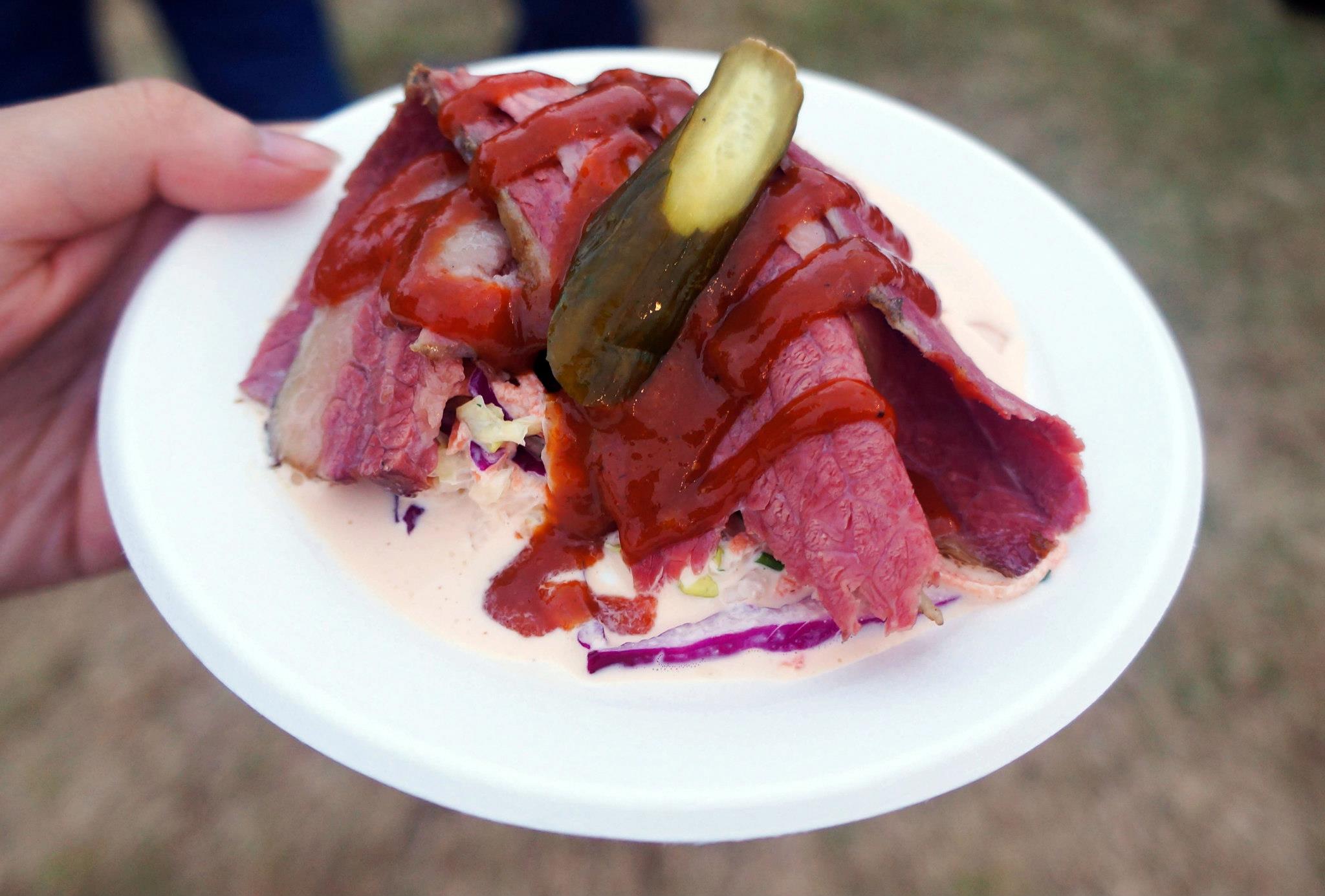 After walking around a little bit and grabbing some surprisingly good nibbles from the numerous stands around the event we stumbled upon Porteno and I knew immediately I had to try their dishes. This is also another restaurant on our must visit and the BBQ Wagyu Brisket sold me on my first bite, I’m struggling to find words to describe it – some that come into my mind are ‘mouth watering’, ‘melts’, ‘flavoursome’ and so on. This was probably my dish of the day by far. 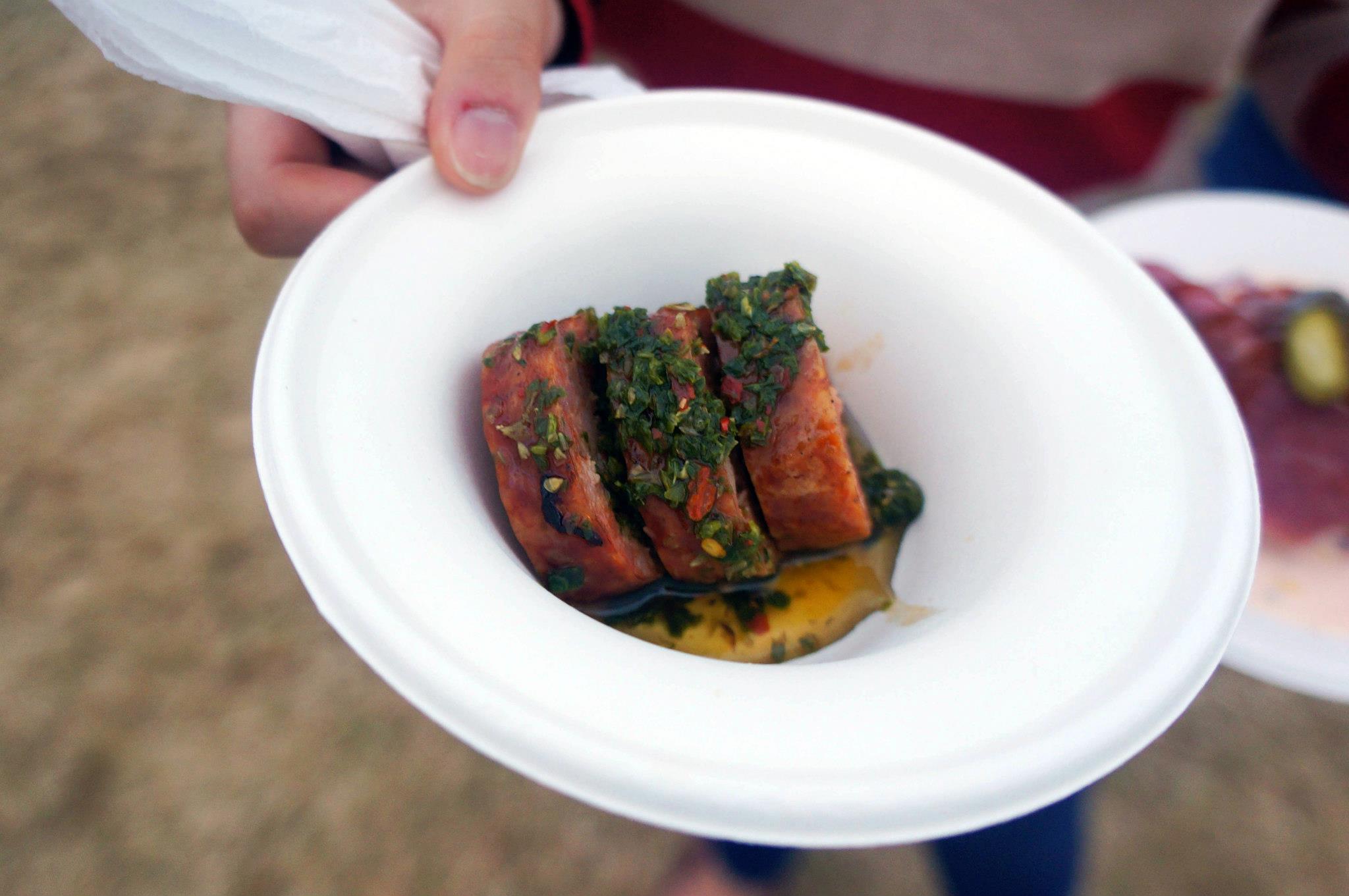 To indulge in some more meat before we moved on I grabbed another small filler, the Chorizo with chimmichurri sauce. This was probably one of the greatest tasting chorizo sausages I’ve had in a long time, in fact it may be one of the best I’ve ever tried. Can’t wait to visit Porteno and try out all their mains some time in the near future. 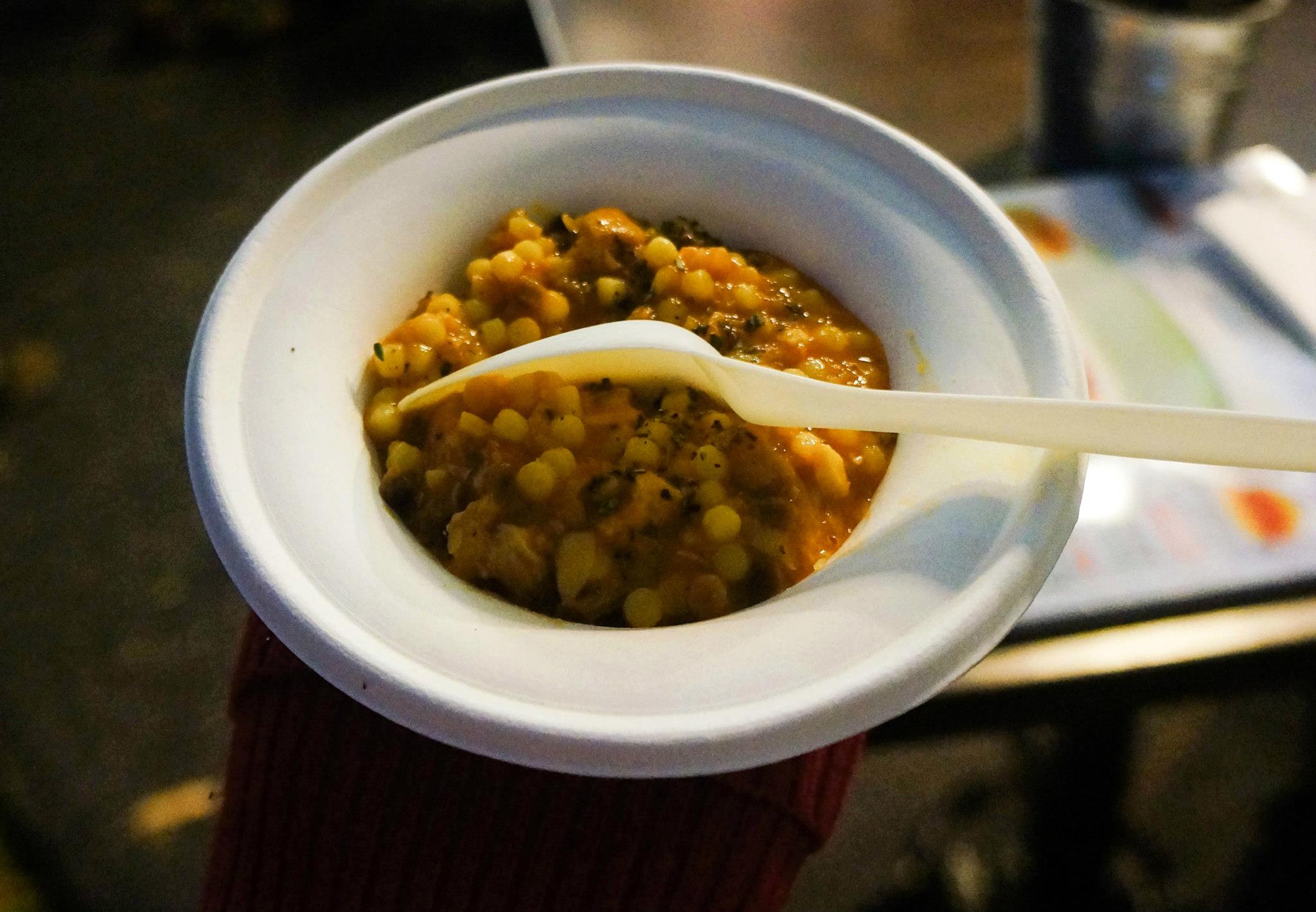 I’d never actually heard of Popolo before but I liked the sound of their pasta with pig ragu, I hadn’t had any game meat or pasta in quite a while so why not? Overall this dish was a bit lacking in terms of texture since it felt like I was eating rice congee, but the flavours were great and I can imagine it tasting amazing with full bodied pasta. Nothing special to see here but overall not a bad experience either. 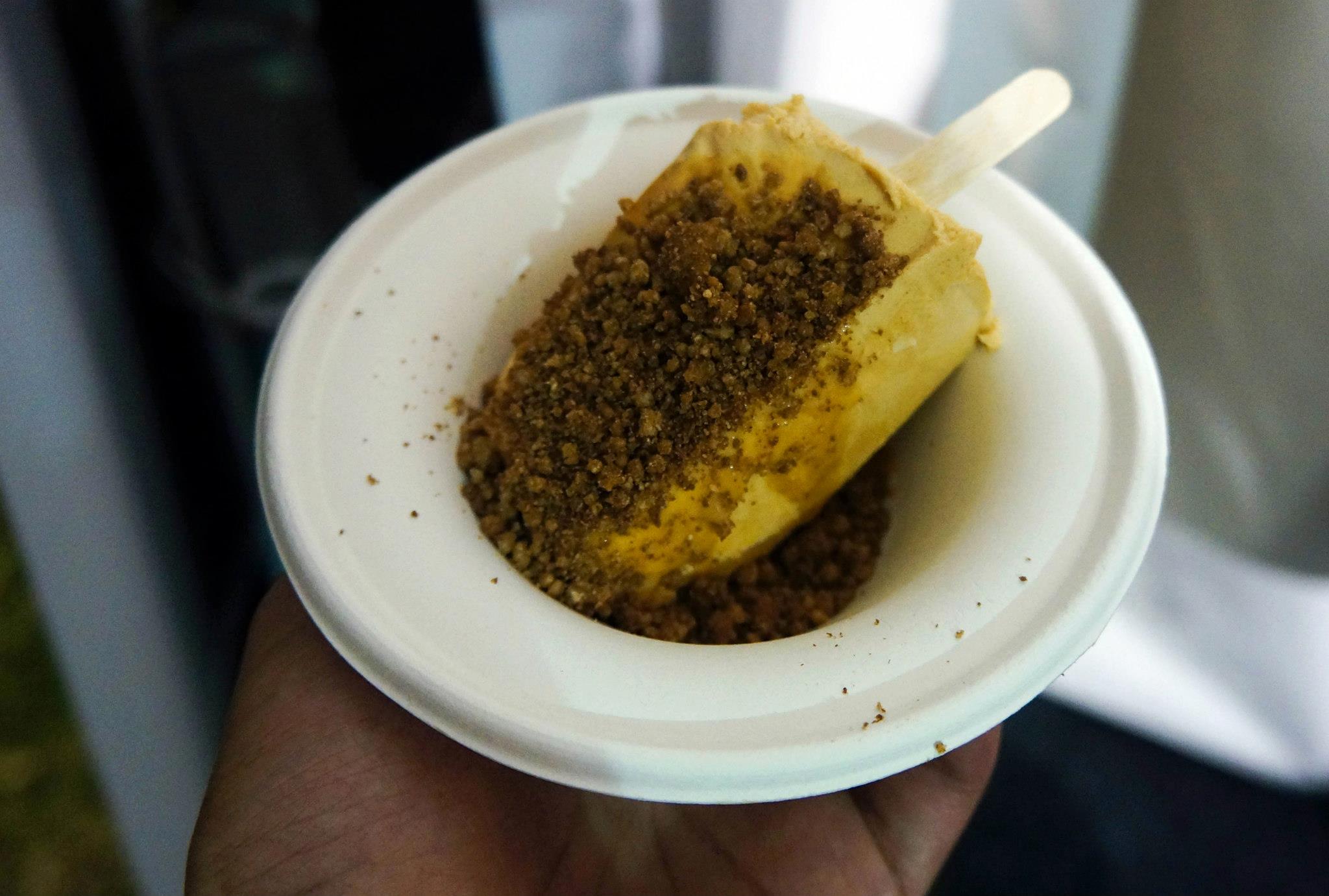 Four in Hand was offering a nice little dessert, so to finish my night off this stood out as my best option. I was expecting an actual sandwich but this was even better, it was covered in crunchy bits of what I believe is salted caramel so this was basically a white chocolate and salted caramel ice cream which turned out to be amazingly good and full of sweet fatty goodness. I’m liking the standard of food from Four in Hand (we also had the mussels but didn’t get a picture) so would love to visit some time. 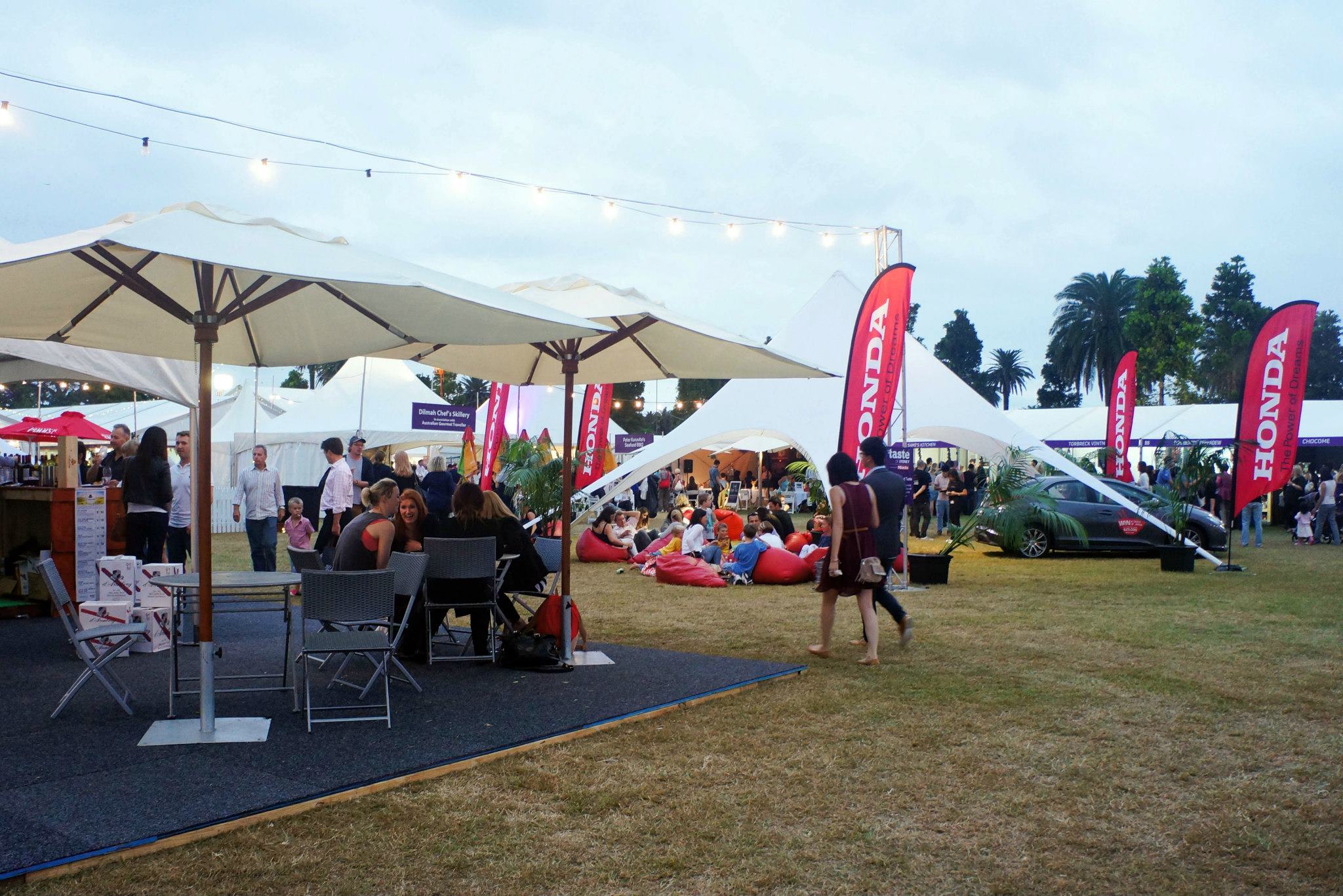 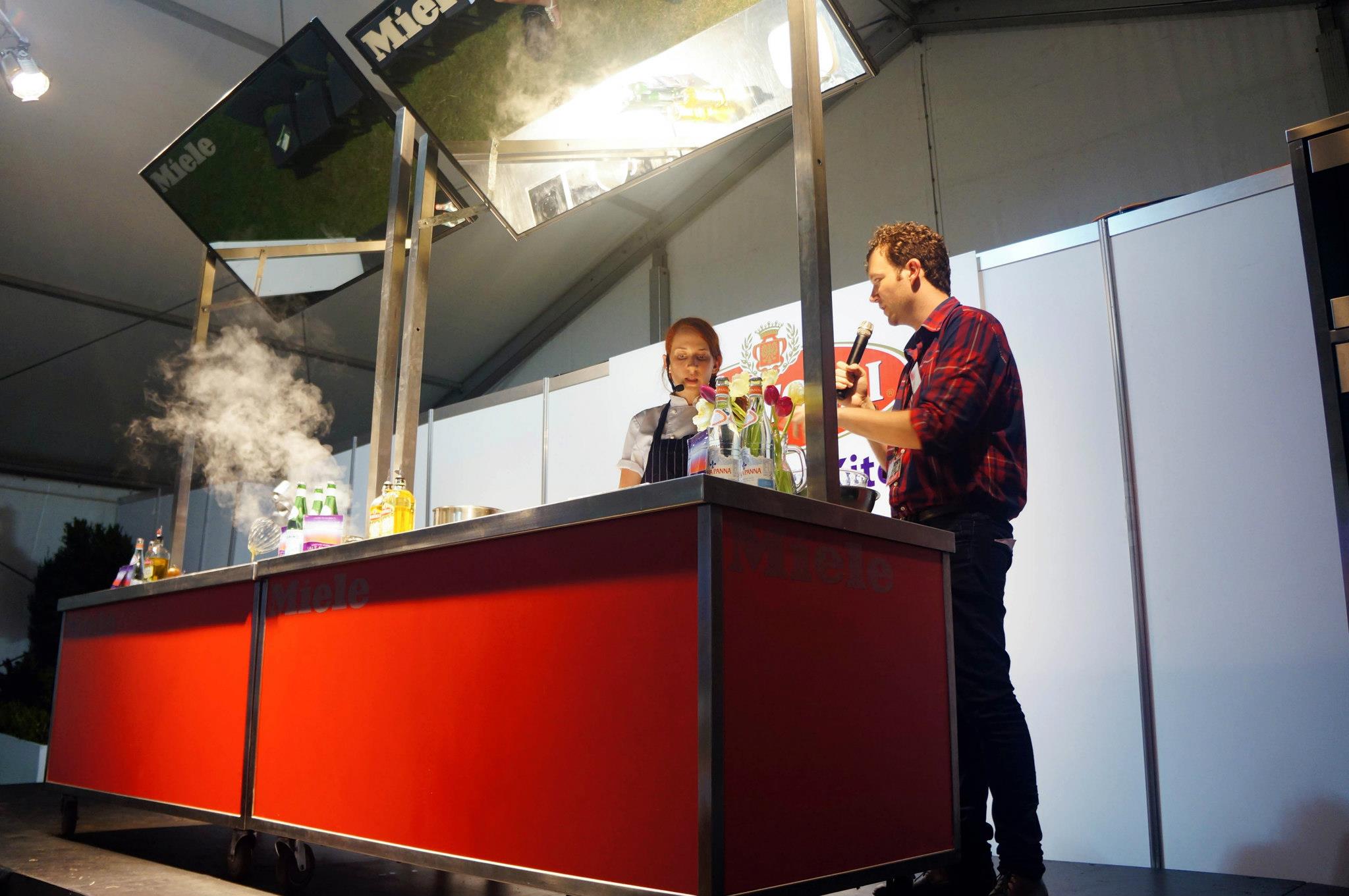 Overall I thought this was an amazing experience, we managed to try out a bunch of dishes from restaurants we hadn’t had the chance to visit yet and nabbed a bunch of freebies on the way. The atmosphere was festive and not as crowded as the Crave Sydney Food Festival so that definitely makes it feel more enjoyable. I would recommend anyone with an interest in food to go try the dishes next year as I’m sure they’ll be just as good if not better.