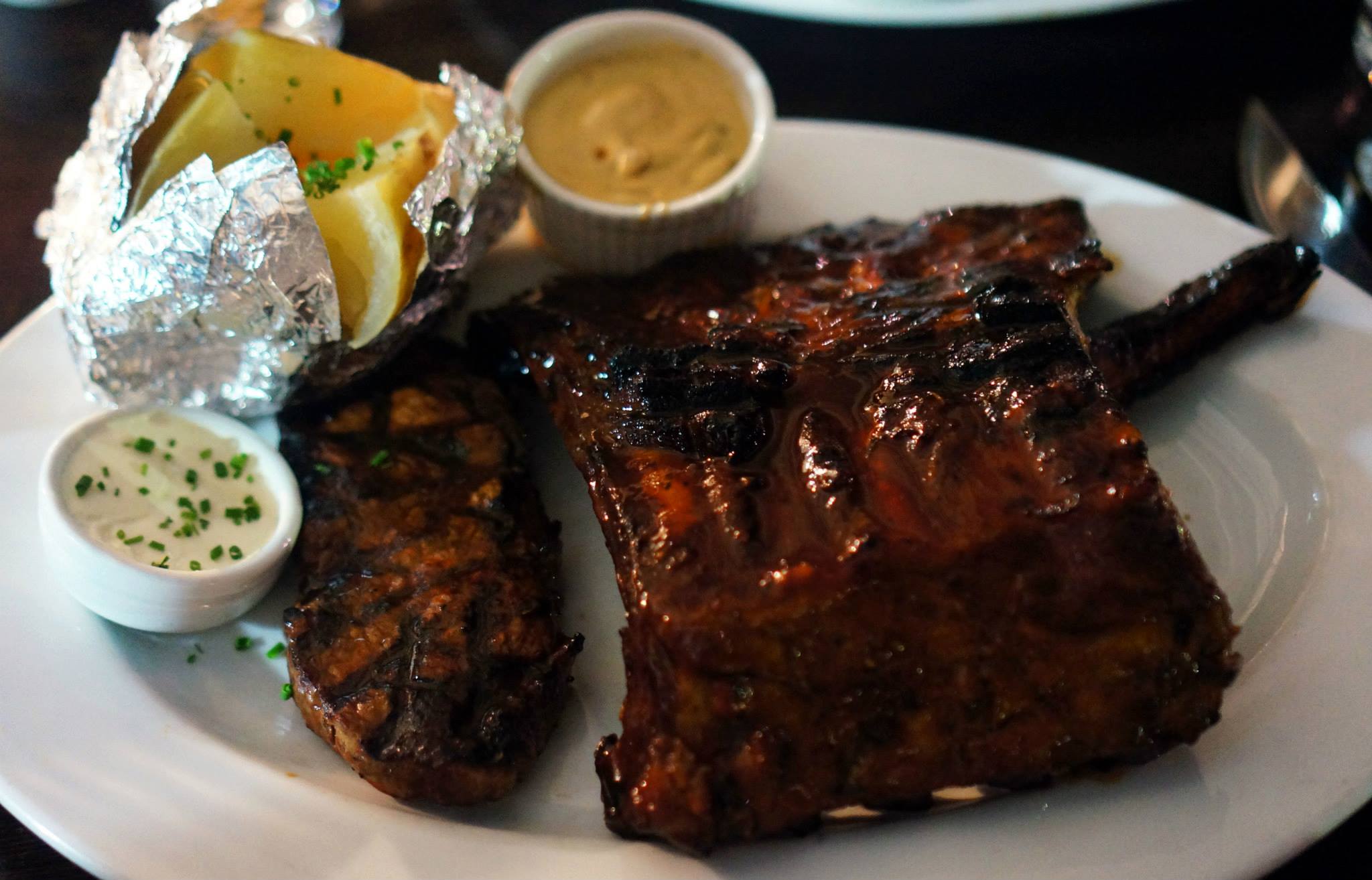 Hurricane’s Grill doesn’t really need an introduction, it’s probably the most well known and most raved about steakhouse restaurant in Sydney and it never fails to attract the never ending horde of diners at the front of the restaurant every night. I’ve personally visited many times before but never had the chance to grab a photo as it was usually a birthday or some other event, this time however it was a small gathering of my own 🙂 I generally don’t like to disturb guests if there are other people aside from myself and Miss K but this was an exception.

The first meal above was my own and is my usual order of the Ribs and Steak Combo which includes a half rack of the ever famous Hurricane’s pork ribs and a 200gram sirloin steak cooked medium rare. I always have a hard time picking between either steak or ribs so I always end up going with the ribs plus a side order of mushroom sauce to go with it. The meat at Hurricane’s is always cooked to perfection (medium rare for me) and marinated with amazing sauces which are always a crowd pleaser. 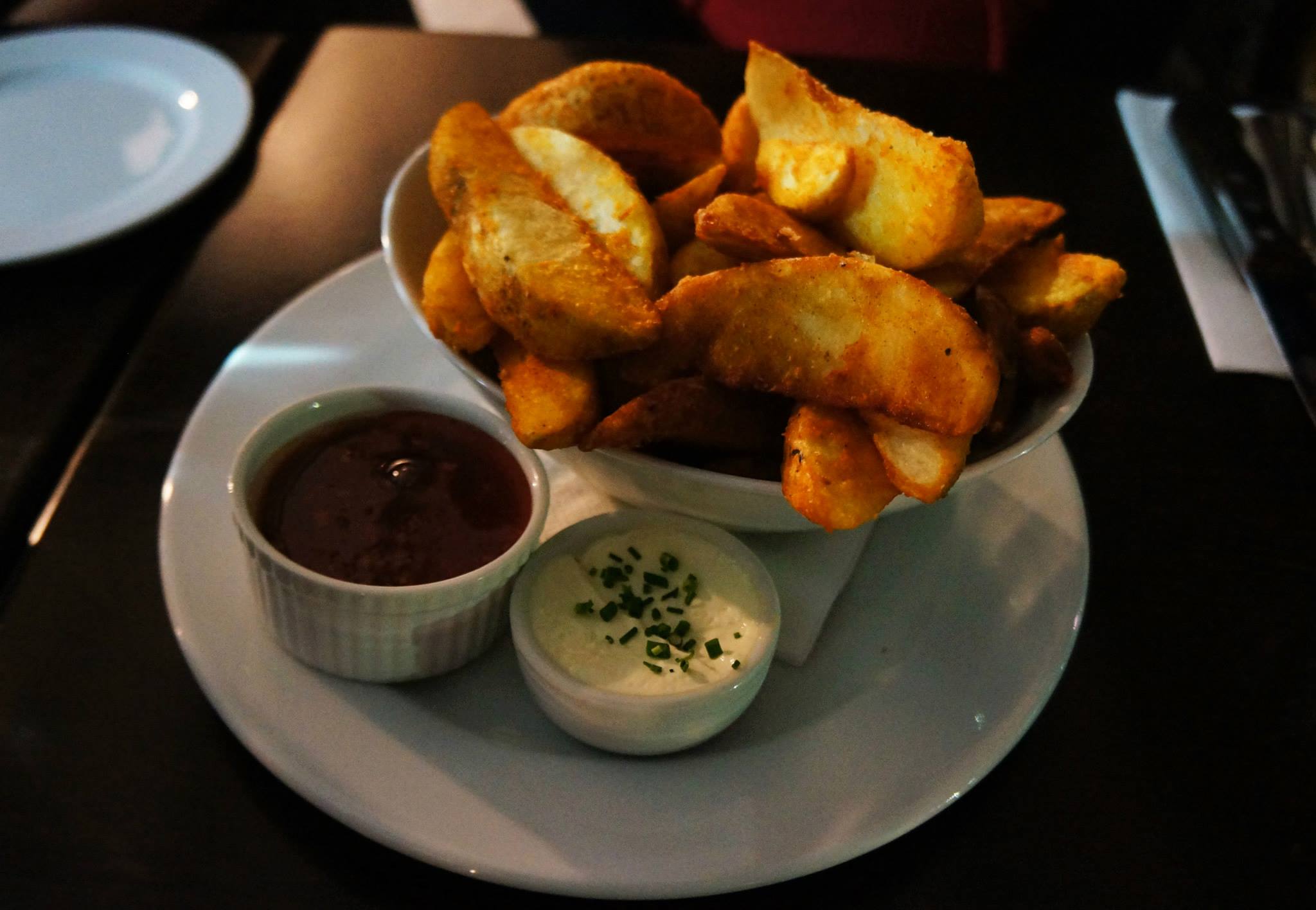 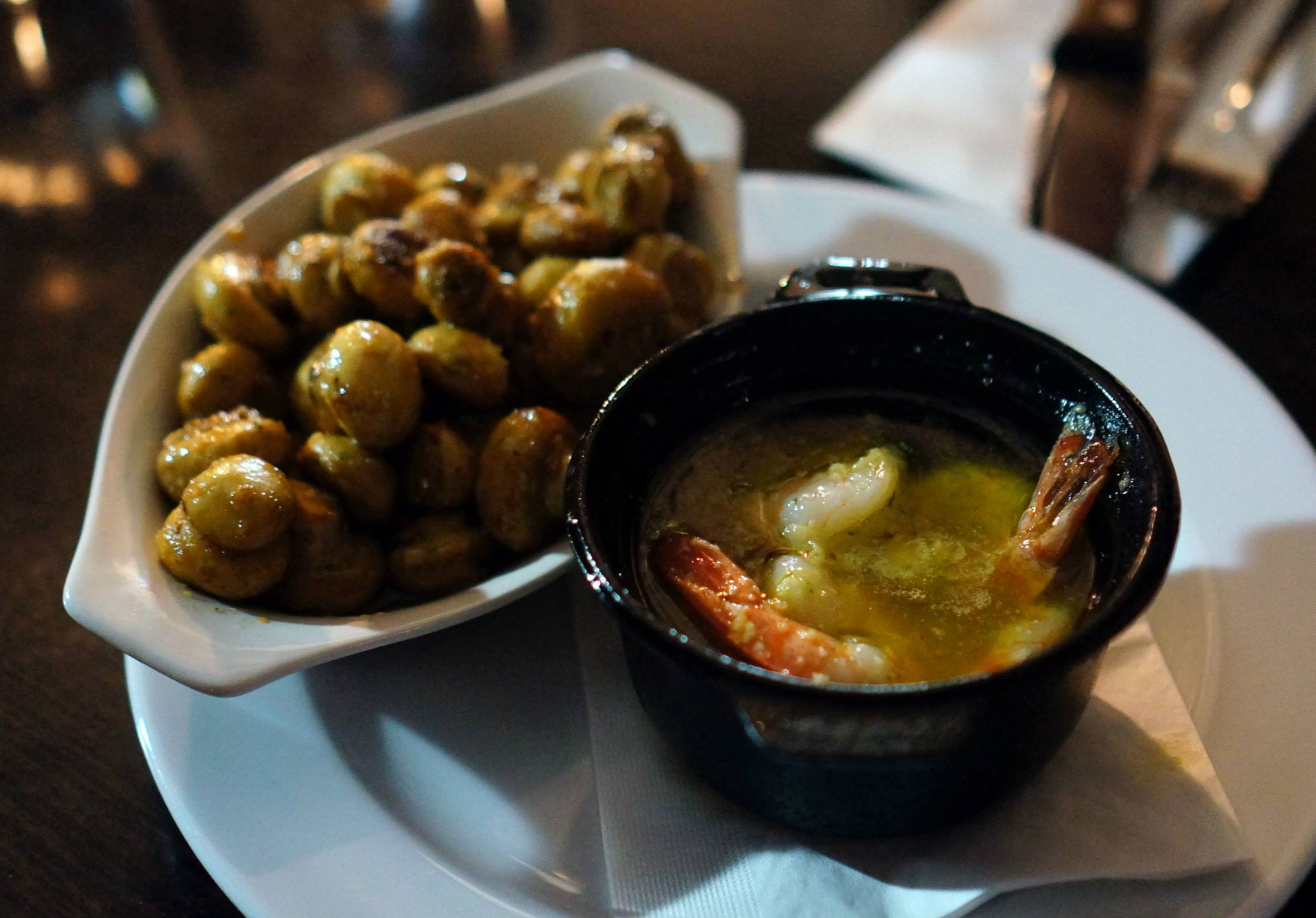 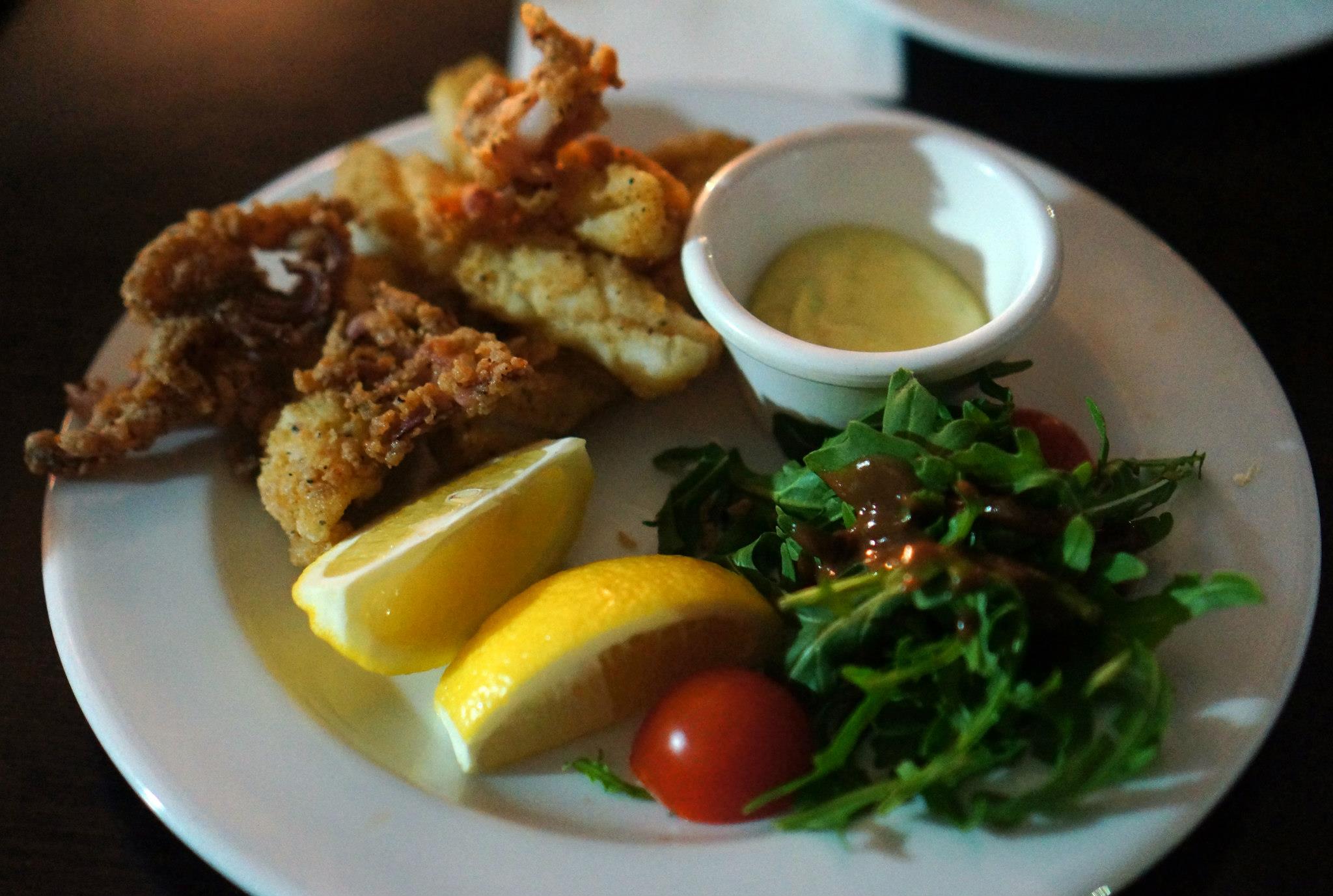 Before most of the mains arrived I ordered a pile of entrees to begin with, I have to admit I may have gone a bit overboard as people were struggling to finish their food in the end. The entrees while great tasting, were nothing amazing aside from being good crowd pleasers to satisfy all the hungry diners at the table. The wedges were crispy as expect, however the mushroom and prawns were my personal favourite as they were marinated in garlic oil which filled them with them with flavour and kept them juicy. The salt and pepper calamari were easily the most popular however with everyone eager to get some of the aioli. 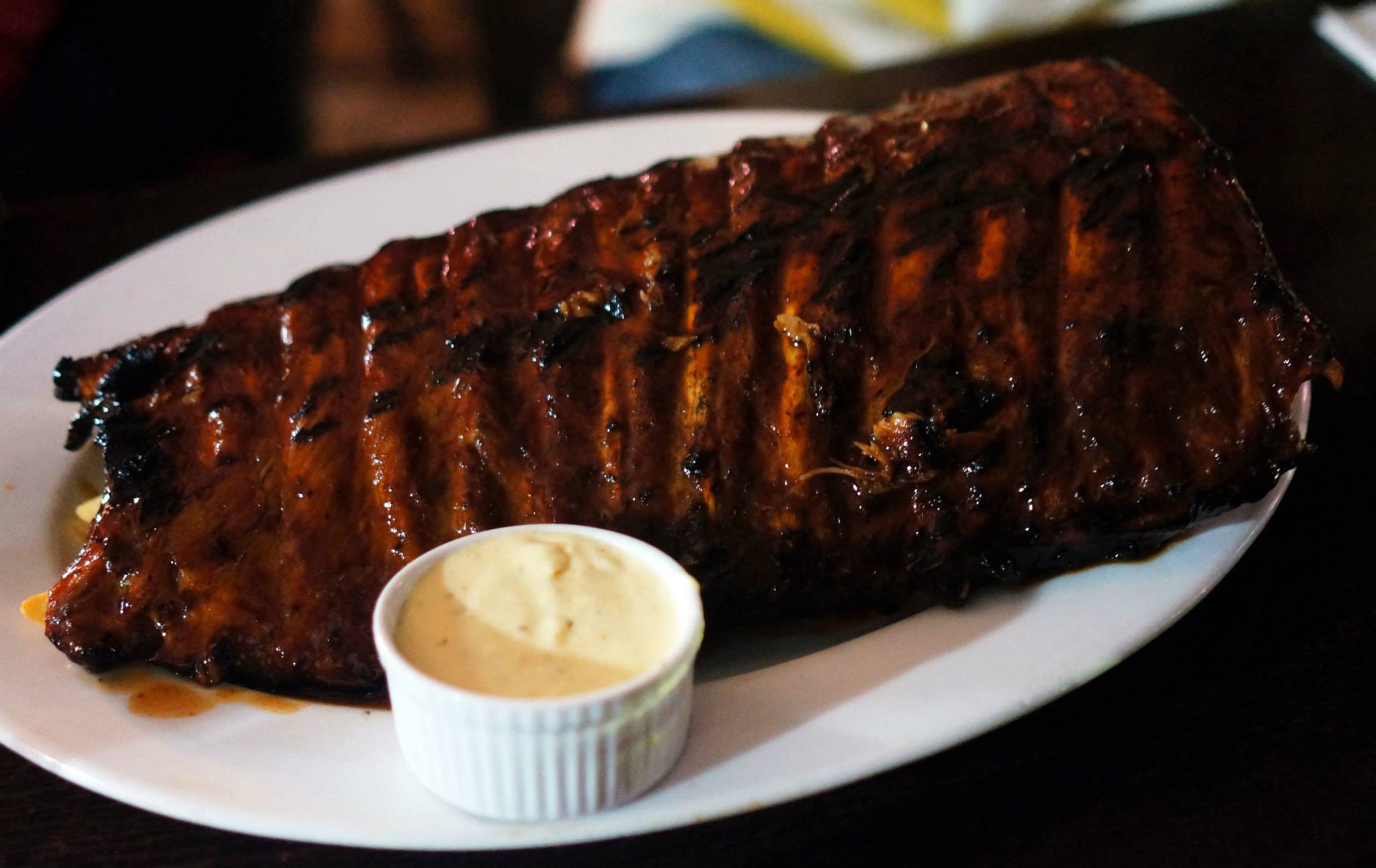 One of the other diners ordered a full rack of pork ribs with garlic sauce and chips to share between two. I’m sure most of you will have heard about the ribs here and that’s definitely for good reason, they taste amazing and have a distinct flame grilled flavour to them which top other places in Sydney, the pork ribs are the most popular as they have the best combination of taste and tenderness. Garlic sauce was also ordered with this dish and I have to mention that the sauces available at Hurricanes are quite good. 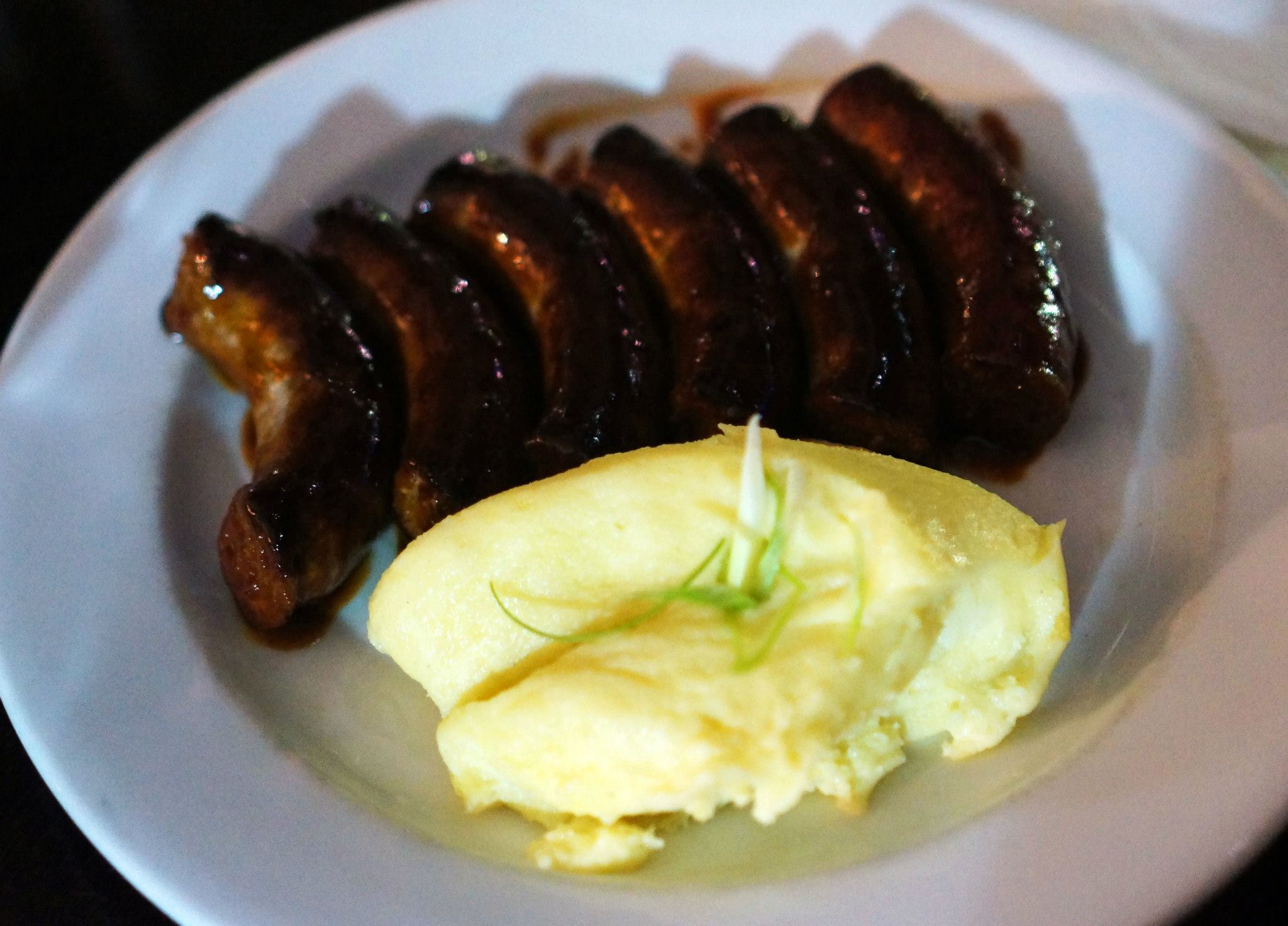 Miss K wanted something a bit easier to chew because her wisdom teeth hurt. Since she always wanted to try the boerewors here that was a logical order, it also came with a side of mash which is always a favourite for her.I had a taste of some of the sausages and I have to say they’re pretty good but probably not a good order for a single main as the taste gets a little bland, Miss K ended up taking some of my ribs 😀

Overall a visit to Hurricane’s should be essential to anyone in Sydney because it’s a classic, nearly everyone I know has been to the steakhouse at least once and really enjoyed it. Unfortunately it does get a little bit pricey with the average spend for each person around at least $50 or so and more for drinks.