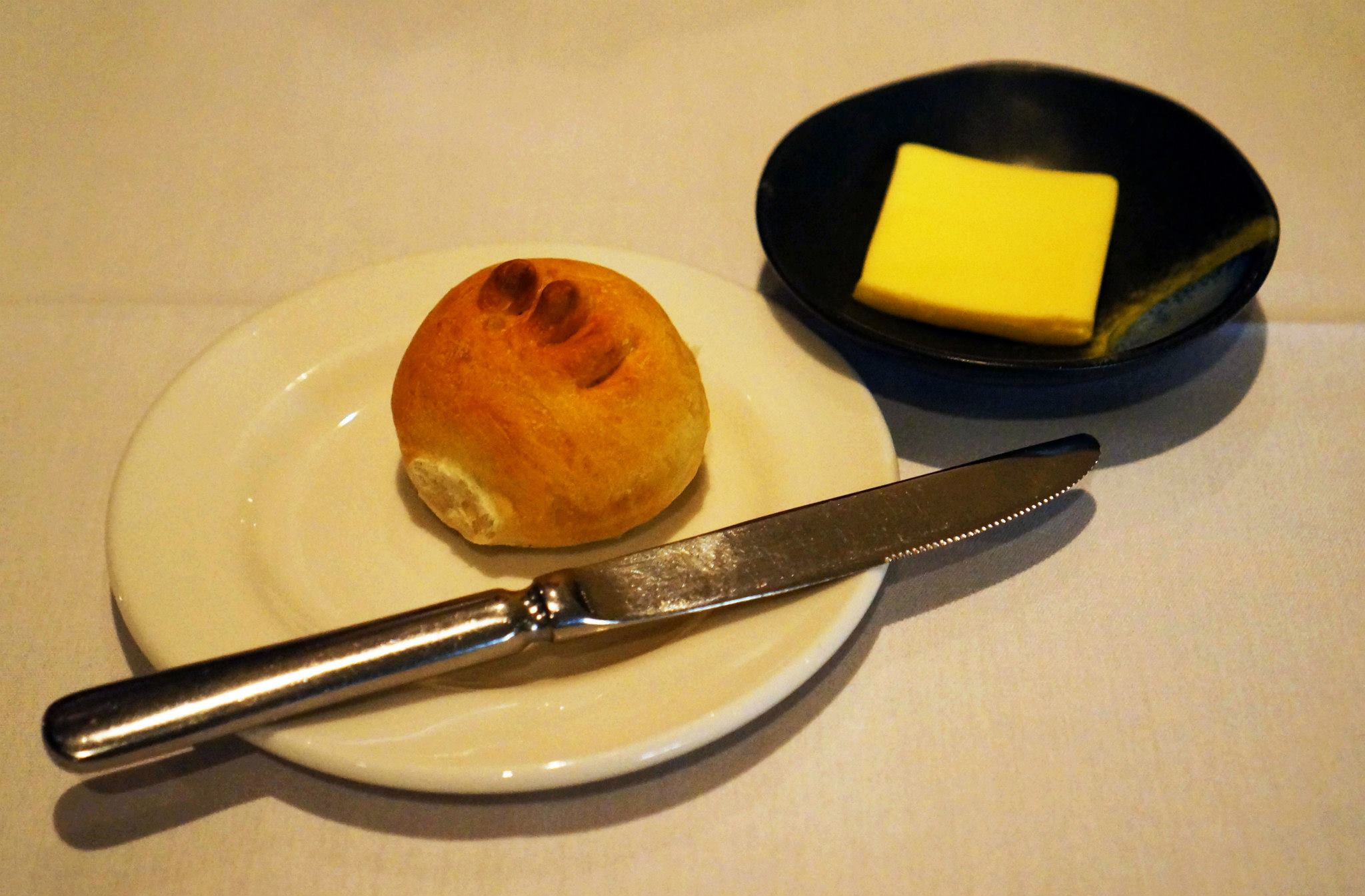 Miss K and I were recently invited by Jess from Horizon Communication Group to visit William Blue Dining, an interesting restaurant staffed by students at the William Blue School of Hospitality Management. The waiters and chefs are all students in the middle of the semester and the restaurant is a practical way for them to learn. The prices on the menu are very reasonable ($32 for three courses) in comparison to other restaurants due to the fact that it’s essentially a live classroom. I have to admit I was a little bit hesitant at the thought of students running the restaurant, but those fears were quelled the moment we walked in and found a lovely interior with quite a professional presentation and attentive waiters. I will admit there were a full bumps along the way but nothing major and the night went smoothly. 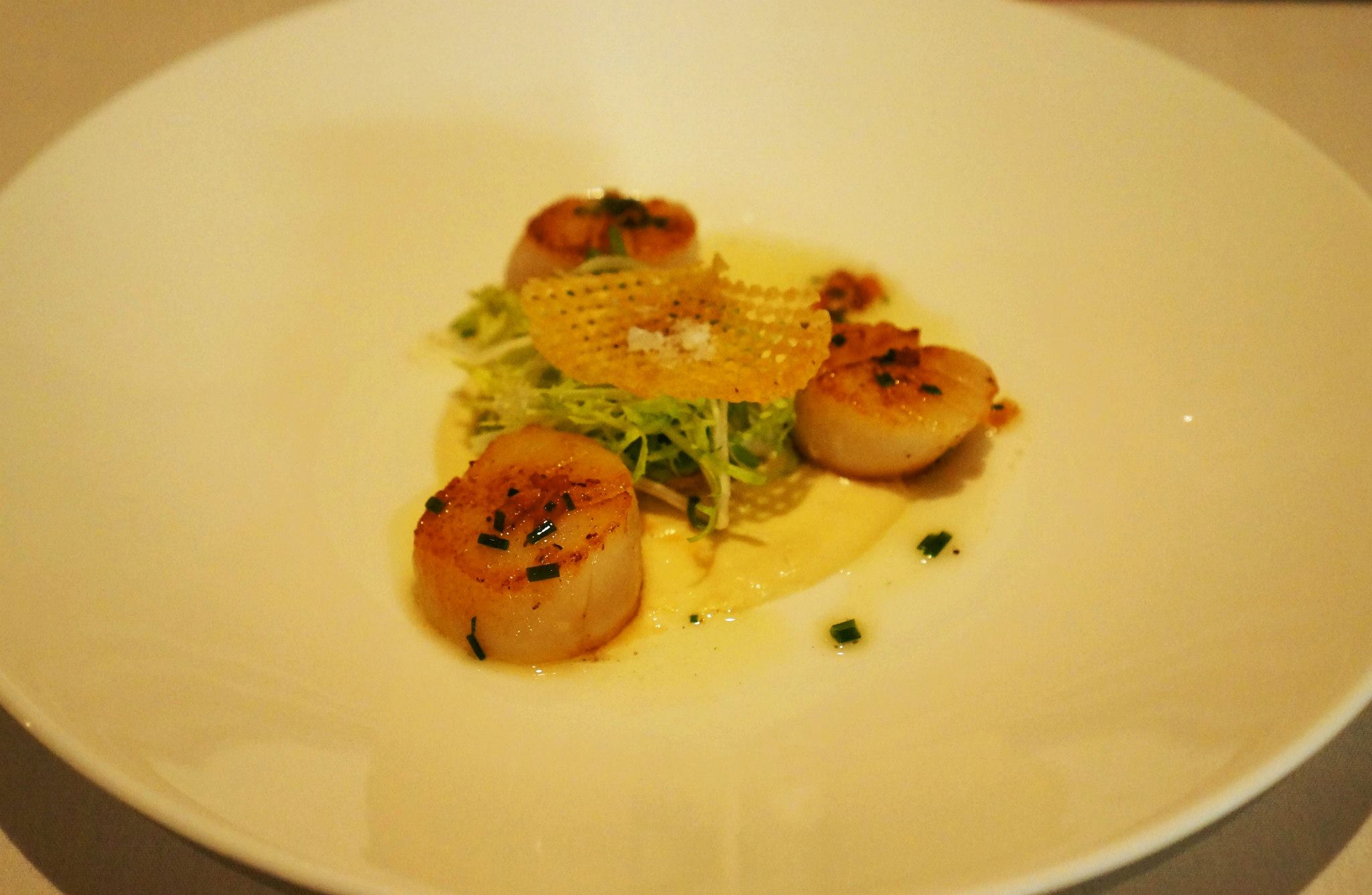 The first course to arrive included this amazing dish of scallops which left quite a good impression. I normally don’t like eating scallops when they’re raw but since this one was half seared I let it pass, and lucky I did because it was actually a very satisfying dish. I’m a fan of truffle oil in my food so that mixed with the celariac cream made an excellent side addition to the scallop. 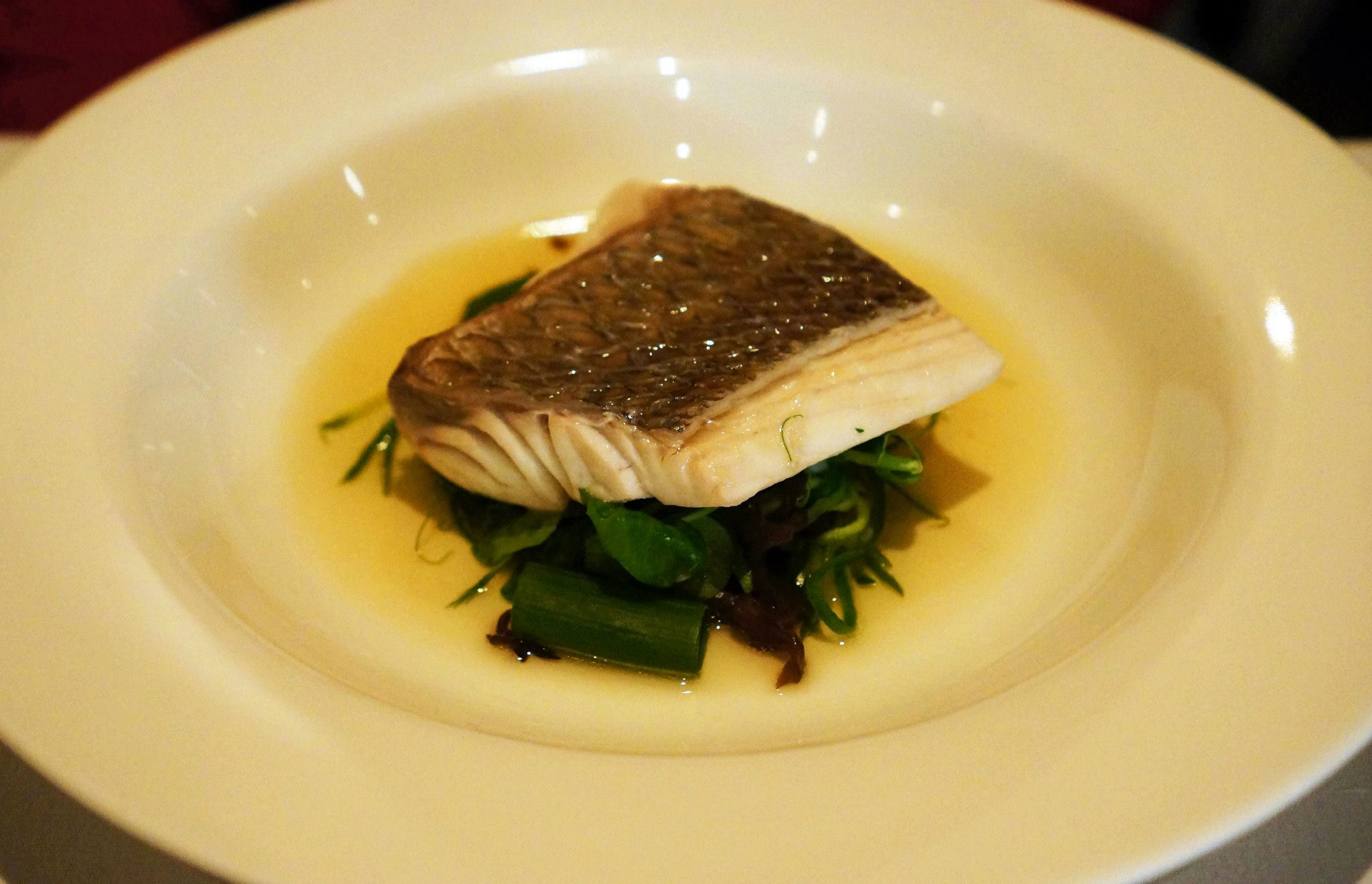 I have to admit the dishes at William Blue aren’t exactly adventurous but that doesn’t mean they didn’t taste good. For such a bargain price I was quite impressed with the tastiness and familiarity of their dishes, in particular this steamed snapper. Miss K ordered this one as her main and was very impressed, I don’t think we’ve ever had such a good steamed fish for only $16. The fish was very tender and the sauce that it was marinated in was light but almost velvety in texture. 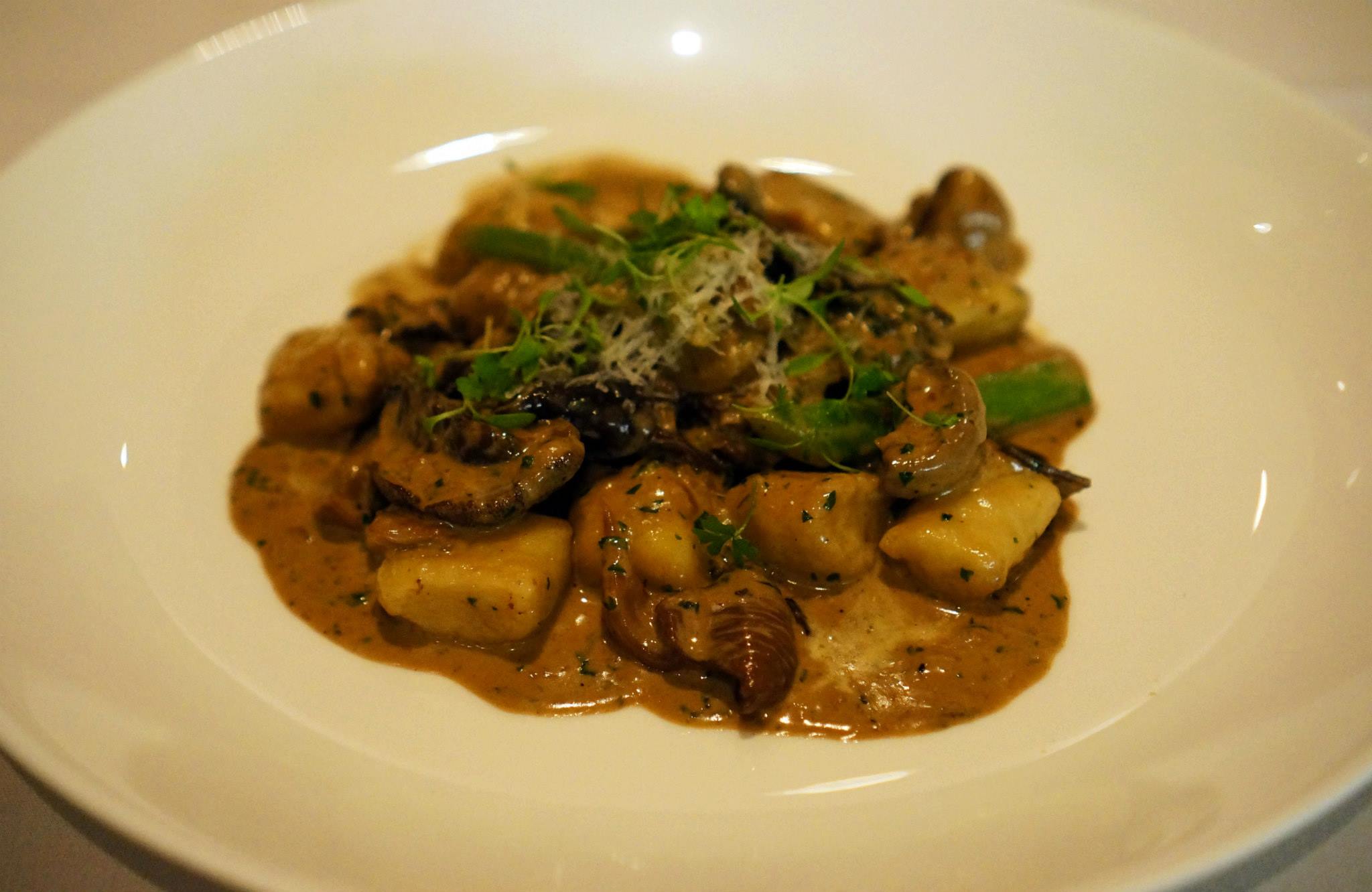 I had the option of picking either this dish or lamb, Miss K doesn’t really like lamb so I decided to try a vegetarian dish even though I’m generally a very big meat eater and prefer a steak over something healthy (Miss K will tell me off for this :)). On the bright side I was actually quite happy with my choice as this dish was piled with mushrooms and great gnocchi. The only gripe I had with this is that I don’t particularly enjoy the mushy texture of gnocchi and would probably have preferred a more plain pasta like penne. 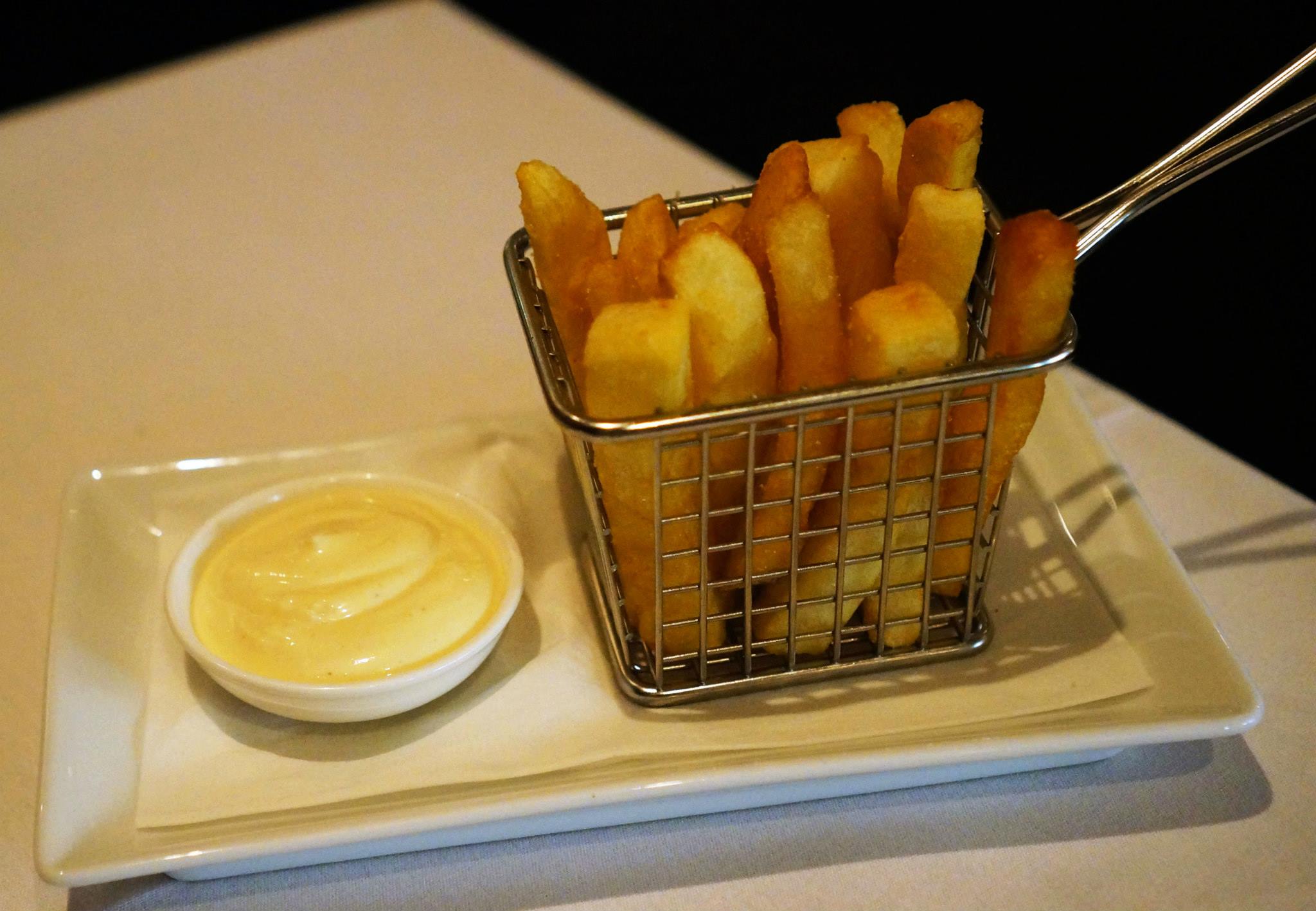 On now to one of the best parts of this dinner, the sides! Miss K and I agree that the garlic aioli was amazing and one of my favourite types of dips for hot chips. The chips themselves were kind of ordinary but the sauce had such a strong garlic taste, almost as good as El Jannah which I really loved. 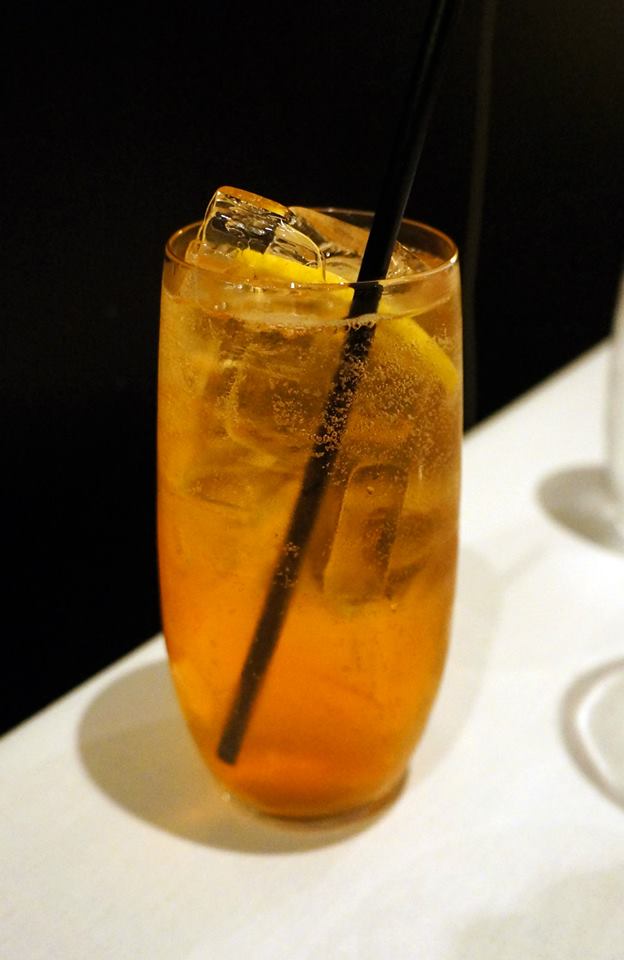 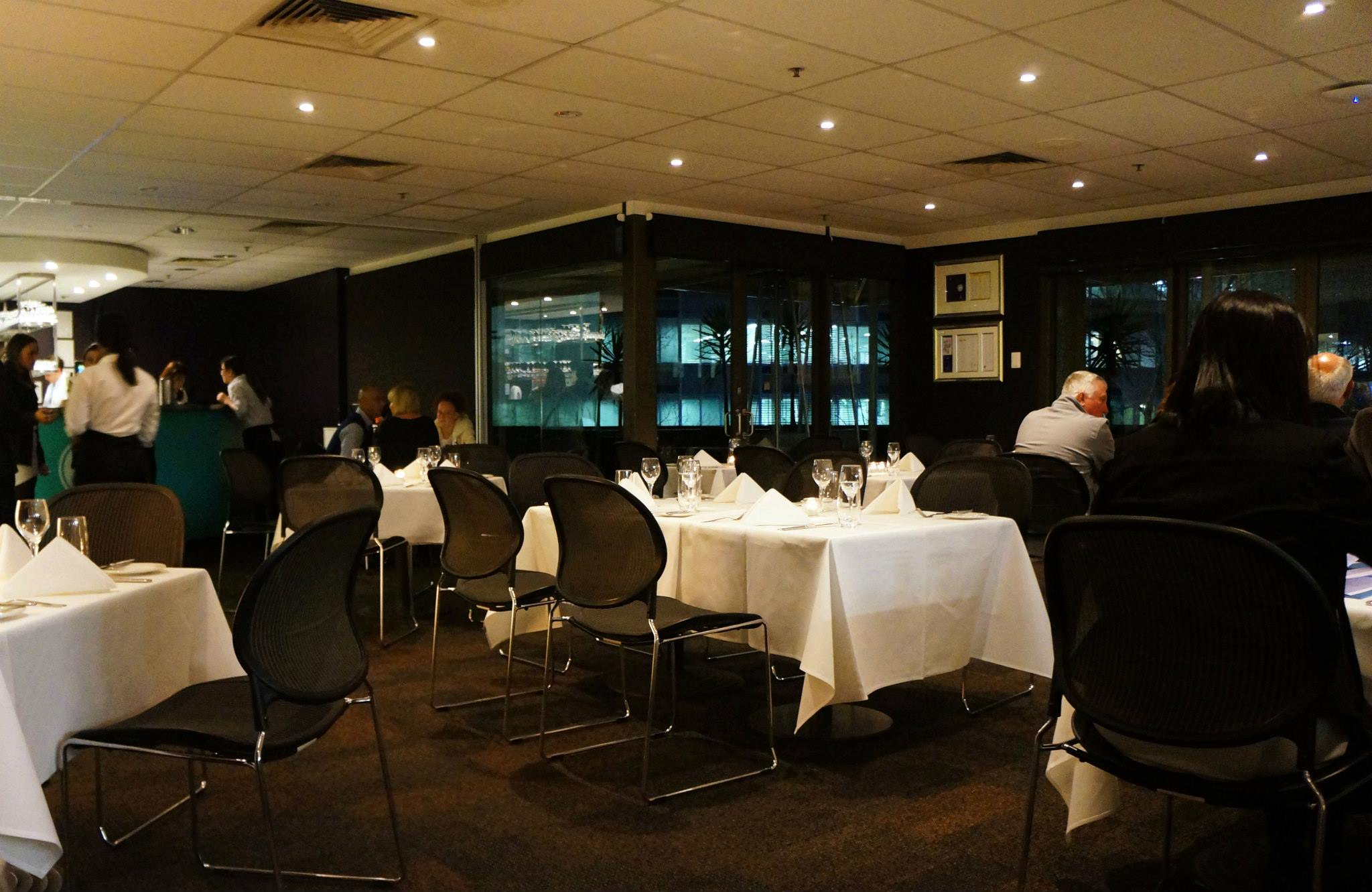 The drinks were cheap too, with lemon and lime bitters only $3 🙂 We were actually quite full by the time we finished our mains so opted for no desserts this time, the whole meal came to a total of $60 which is a steal considering the food is refined and well presented. For those generally not interested in fine dining prices but would like to experience it once in a while, definitely take a look at William Blue Dining for a unique experience!