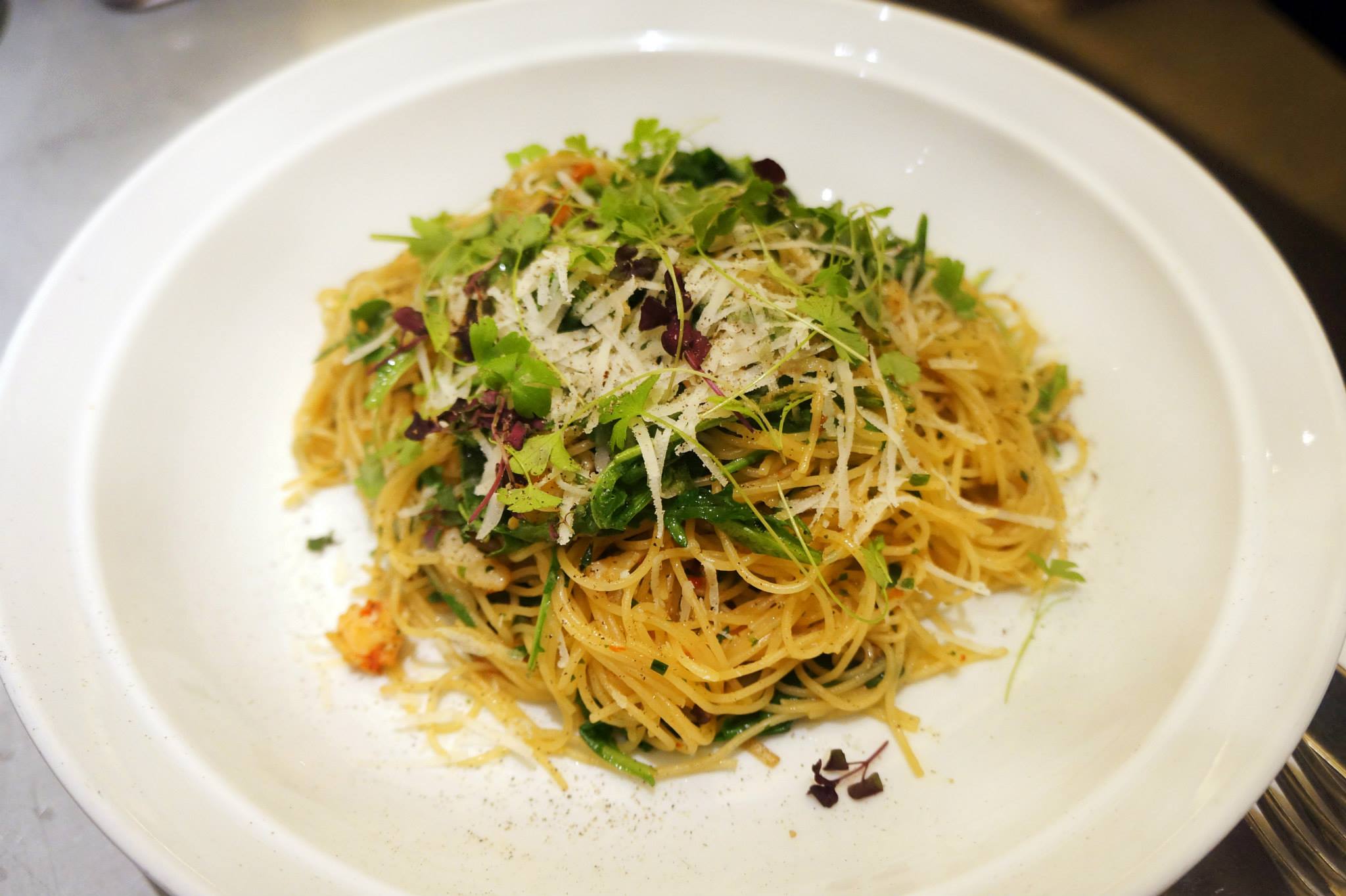 Jones The Grocer, a long running  Australian origin gourmet hybrid deli and cafe restaurant opened their new flagship store in Westfield Sydney CBD on the former location of Becasse Restaurant which makes it much more accessible. Miss K and I were invited by Jessie at Cavcon to visit the restaurant to experience the menu that they have available and we were very impressed. Jones The Grocer has a casual restaurant cafe operating on the same modern location as a gourmet grocery which stocks gourmet ingredients including sauces, meats, cheese and other items such as tea and spices.

To start off the night we decided to order two entrees, the first of which to arrive was the Angel hair pasta with blue swimmer crab, chilli, rocket, garlic. Wow. I was amazed at how good this dish was and simply couldn’t stop eating it from the moment it was set on the table, the thin strips of pasta were smooth in texture and were perfect for the crab, chilli, rocket and garlic mix. The dish just bursts with flavour but at the same time isn’t overwhelming and is a perfect light entree. 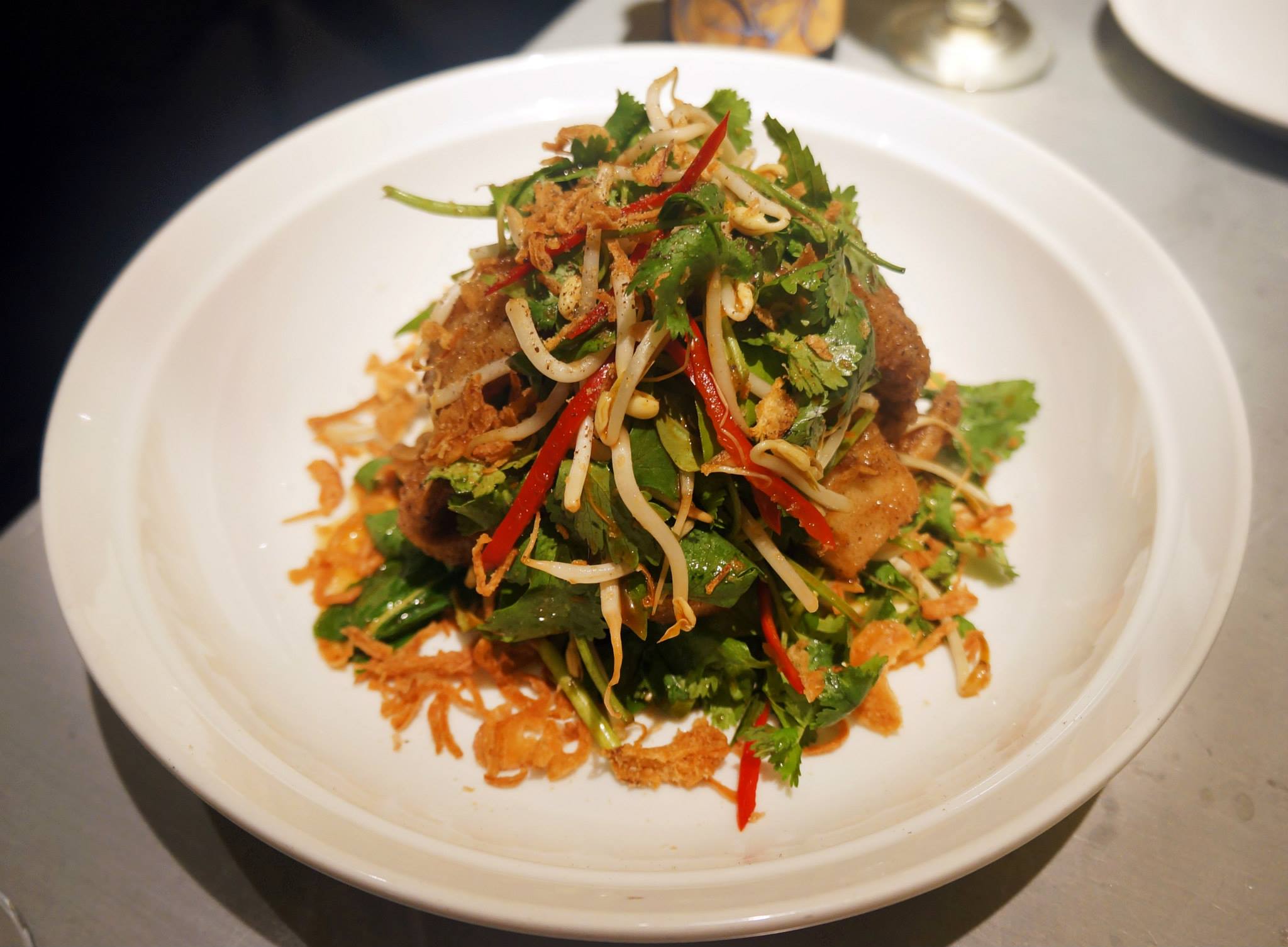 The second entree that Miss K decided upon was the Salt & Pepper Squid which she had been craving for quite a long time. When the dish arrived we were very impressed with the multitude of ingredients and how it was presented – we were even more happy with the taste of the dish which combines Asian flavours with very tender fresh squid and a delicious salad mix. 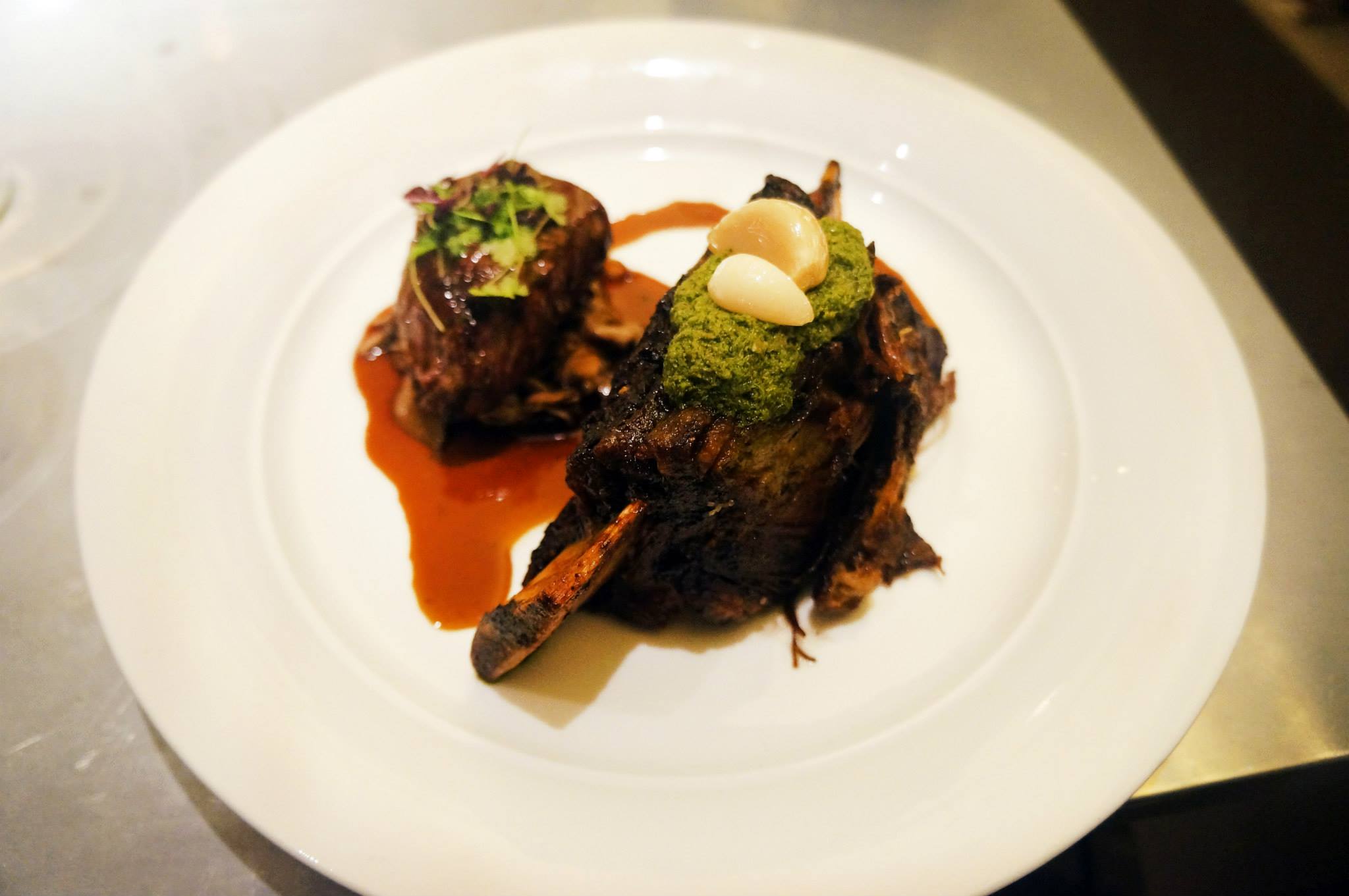 I couldn’t resist ordering a delicious beef rib dish so this was to be my main for the night, it was definitely a choice I didn’t regret making. The rib came served as big chunk of beef covered with a delicious (parsley?) sauce wafting a very delicious smell out towards me, the presentation was exquisite and the dish itself was amazing. The ribs are cooked long enough that they turn out very tender and soft, the only fault I could find was that the rib itself comes with a relatively large amount of fat. 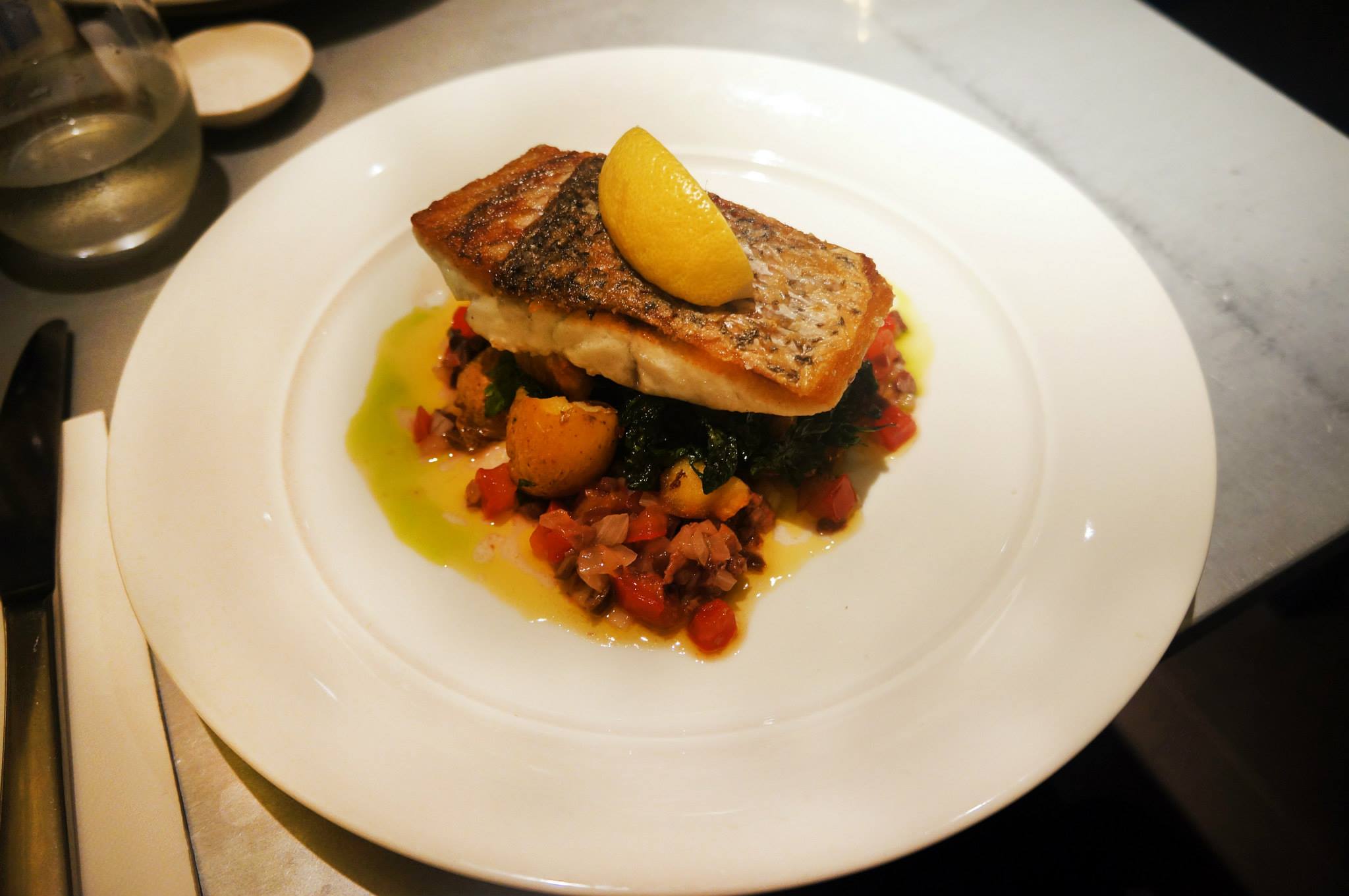 Miss K opted for a seafood dish and ended up ordering the roast barramundi. Generally when we order fish she enjoys the dish and won’t let me have any of it but in this case I liked it so much that I made her swap with me half way. The fish tasted very fresh and the potatoes and tomatoes were very flavoursome smothered in the sauce antiboise, it was quite a French inspired dish. 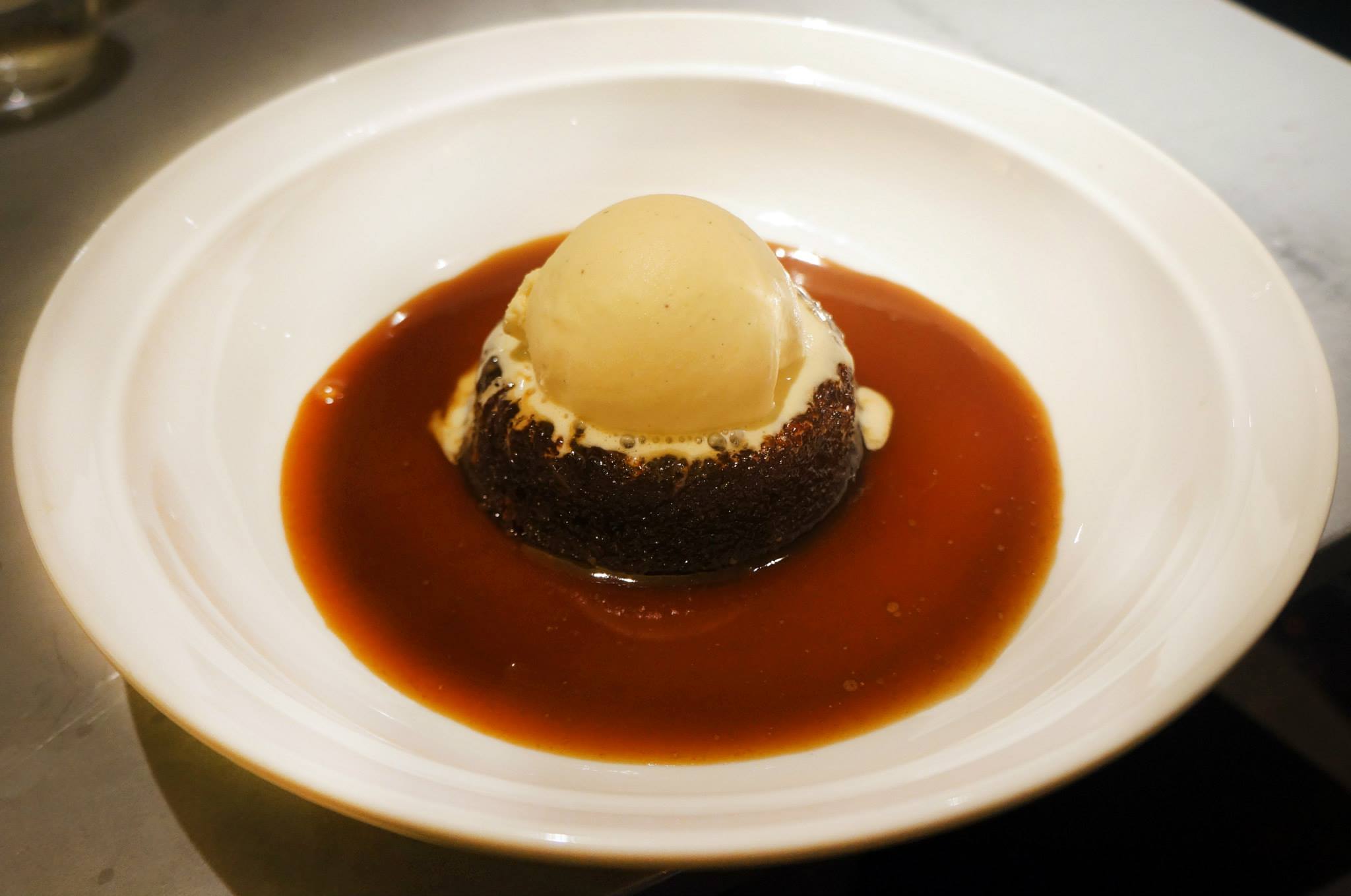 To end the night we had a dessert each, Miss K immediately wanted to try the mango gelato with passionfruit sorbet so that was her choice for the night – the dish was finished almost as soon as it arrived which is a sign the ice cream was quite good, Miss K noted it was almost on par with Gelato Messina. 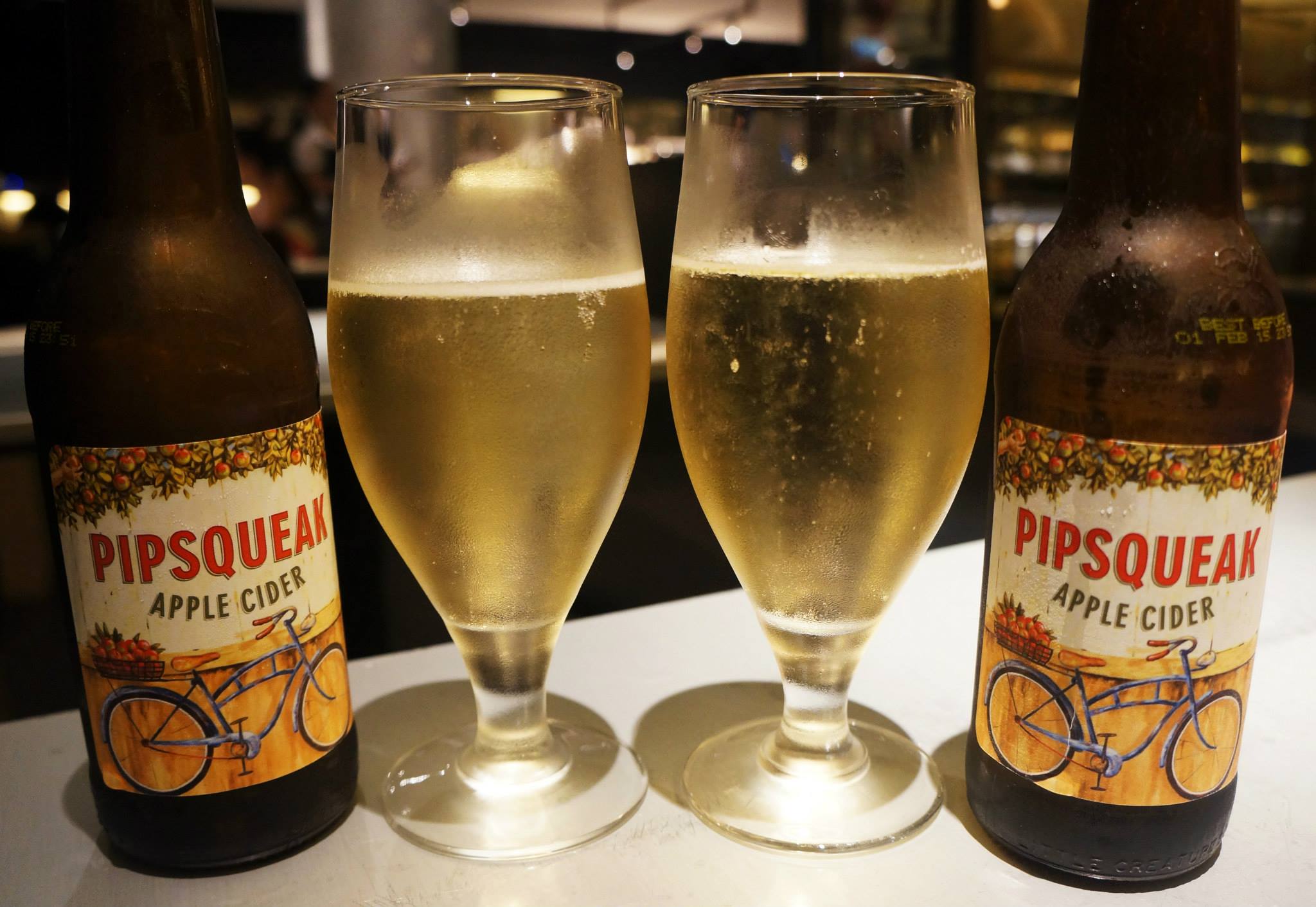 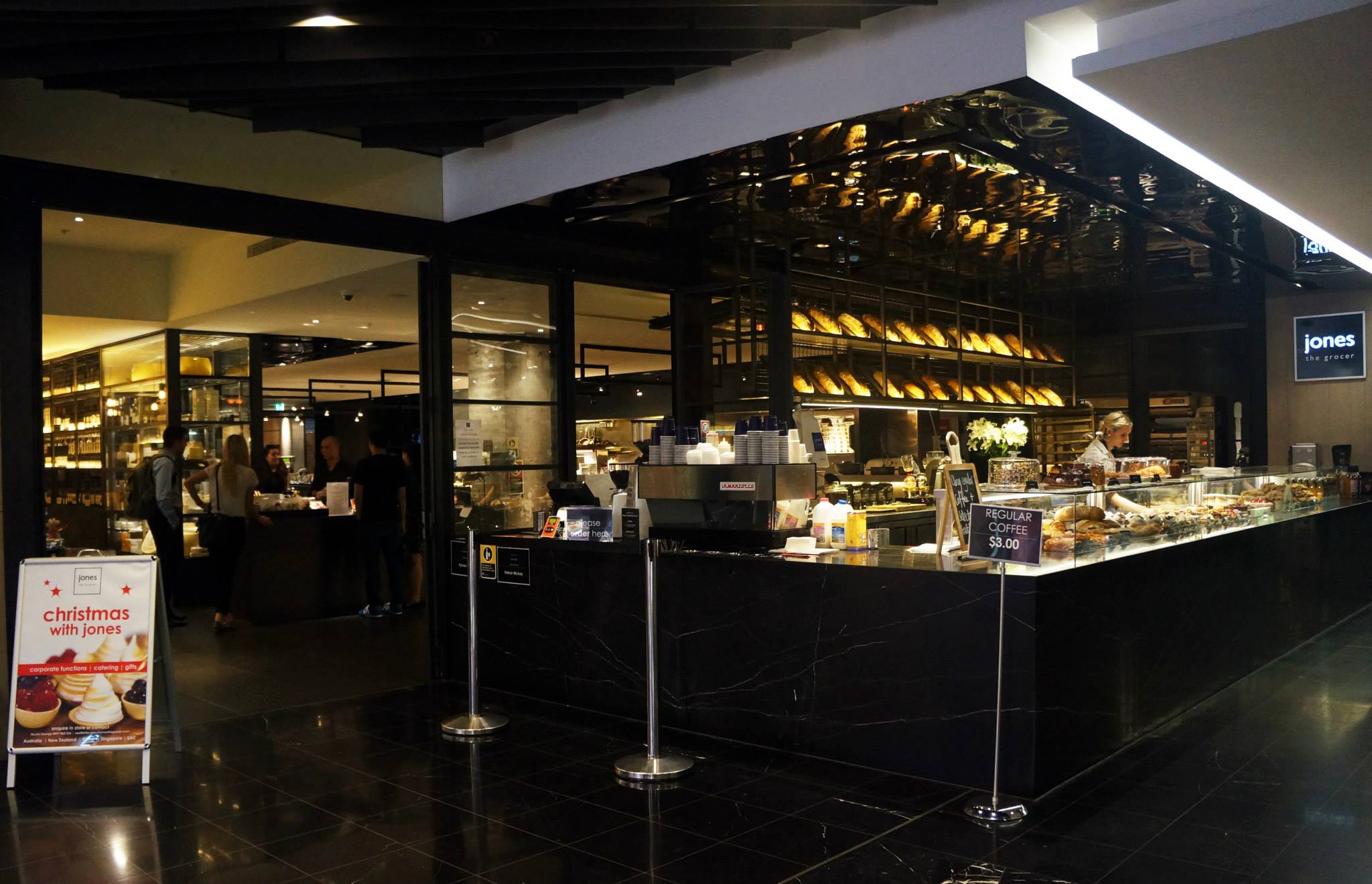 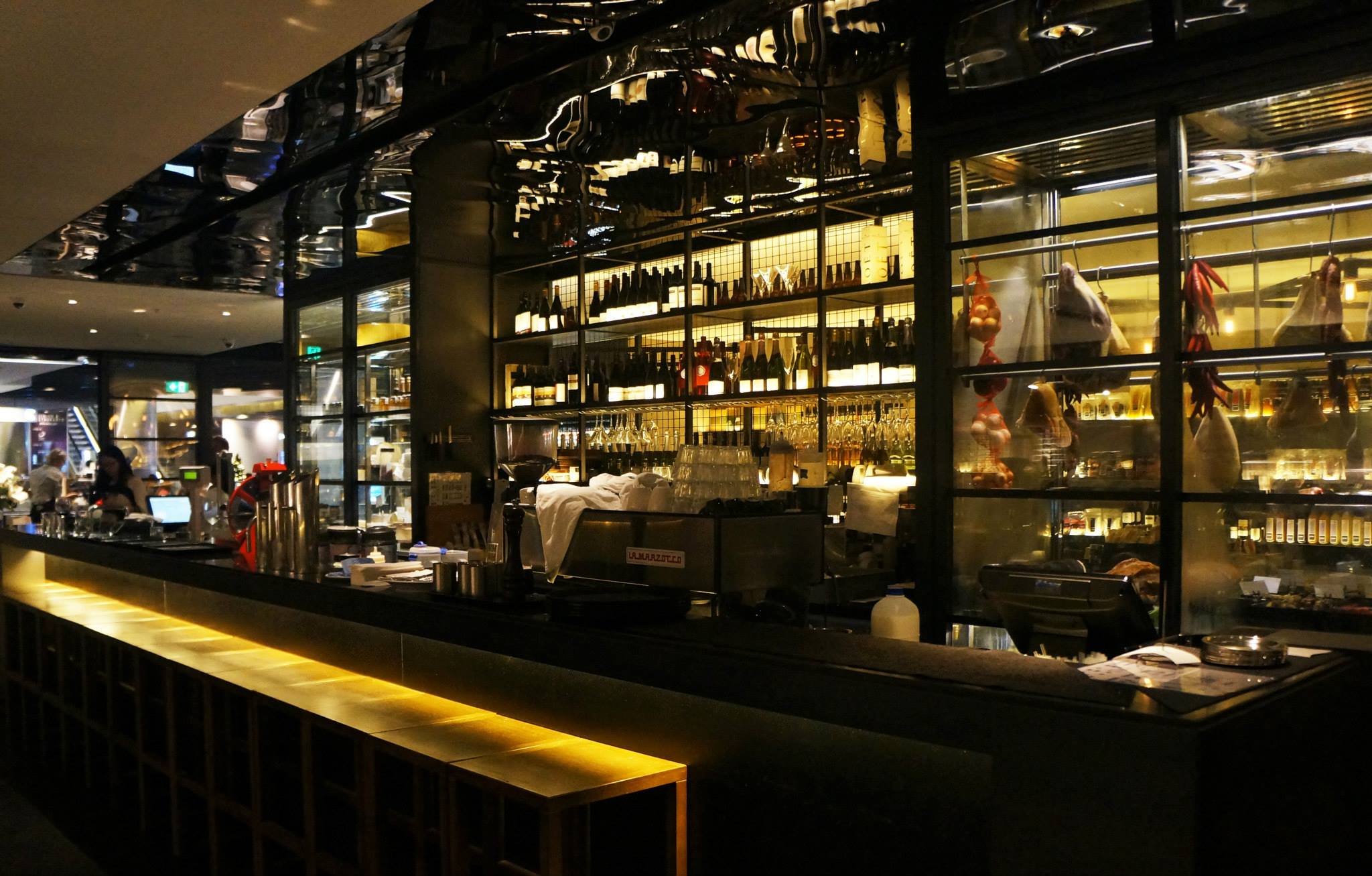 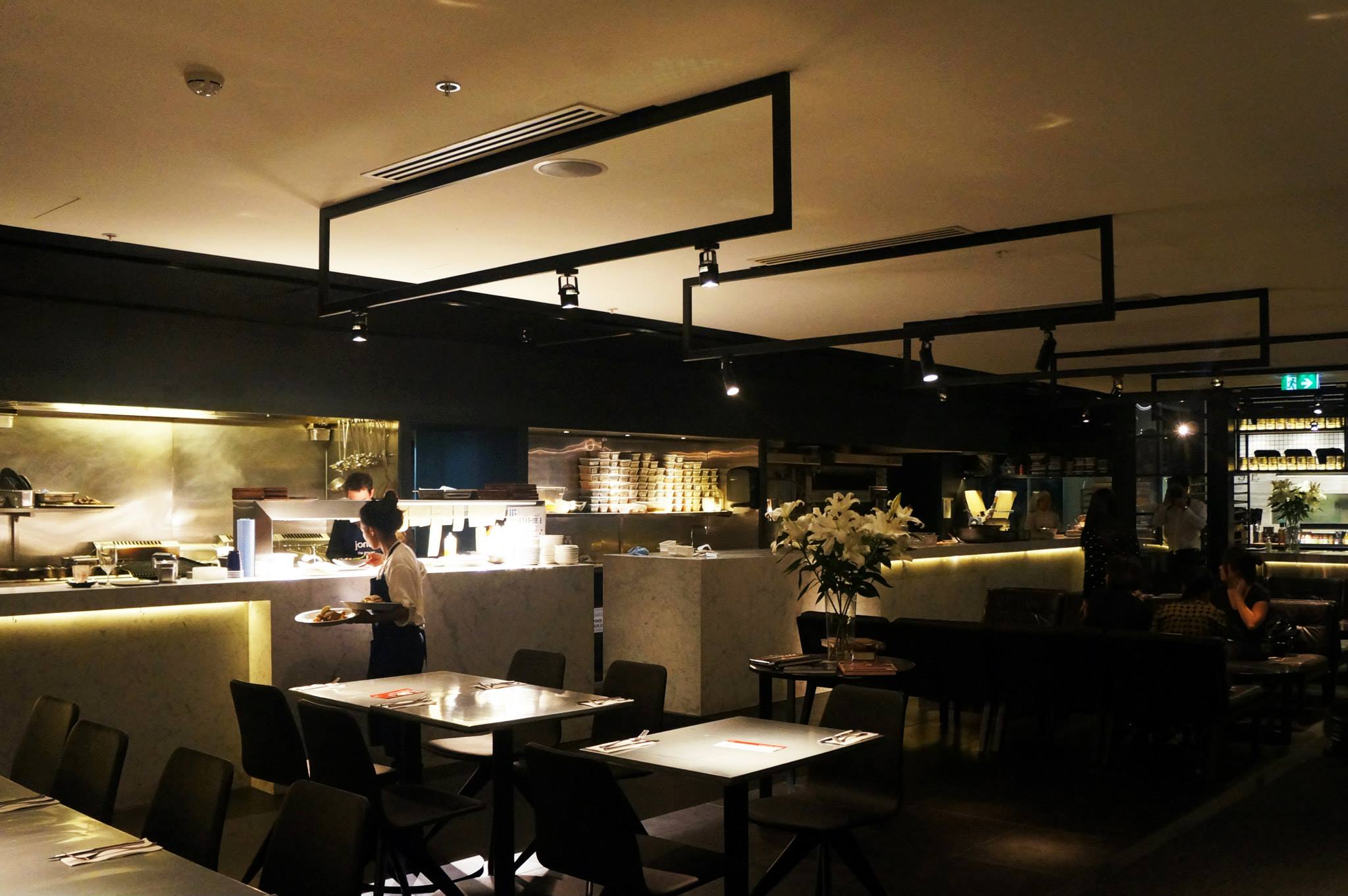 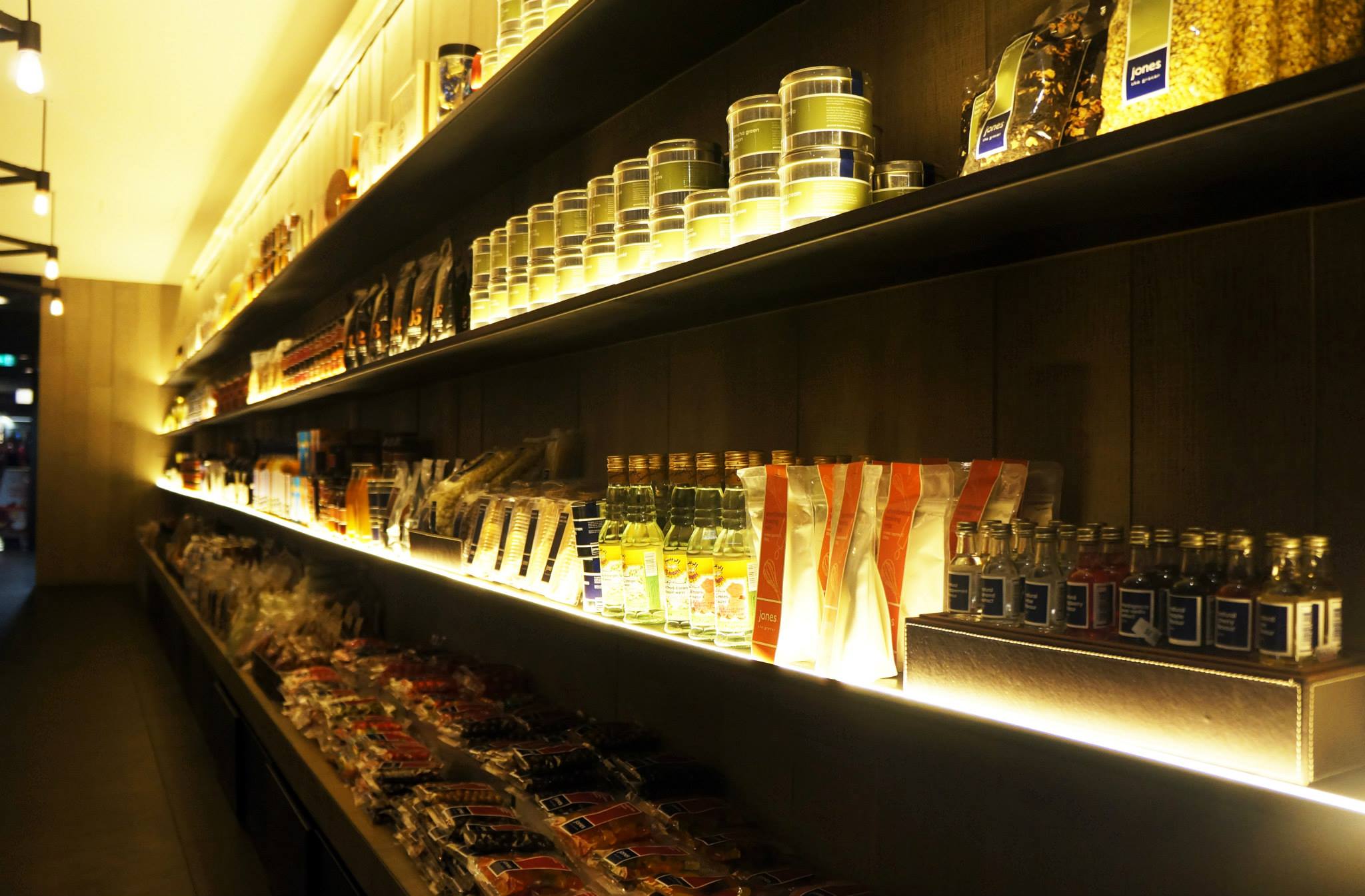 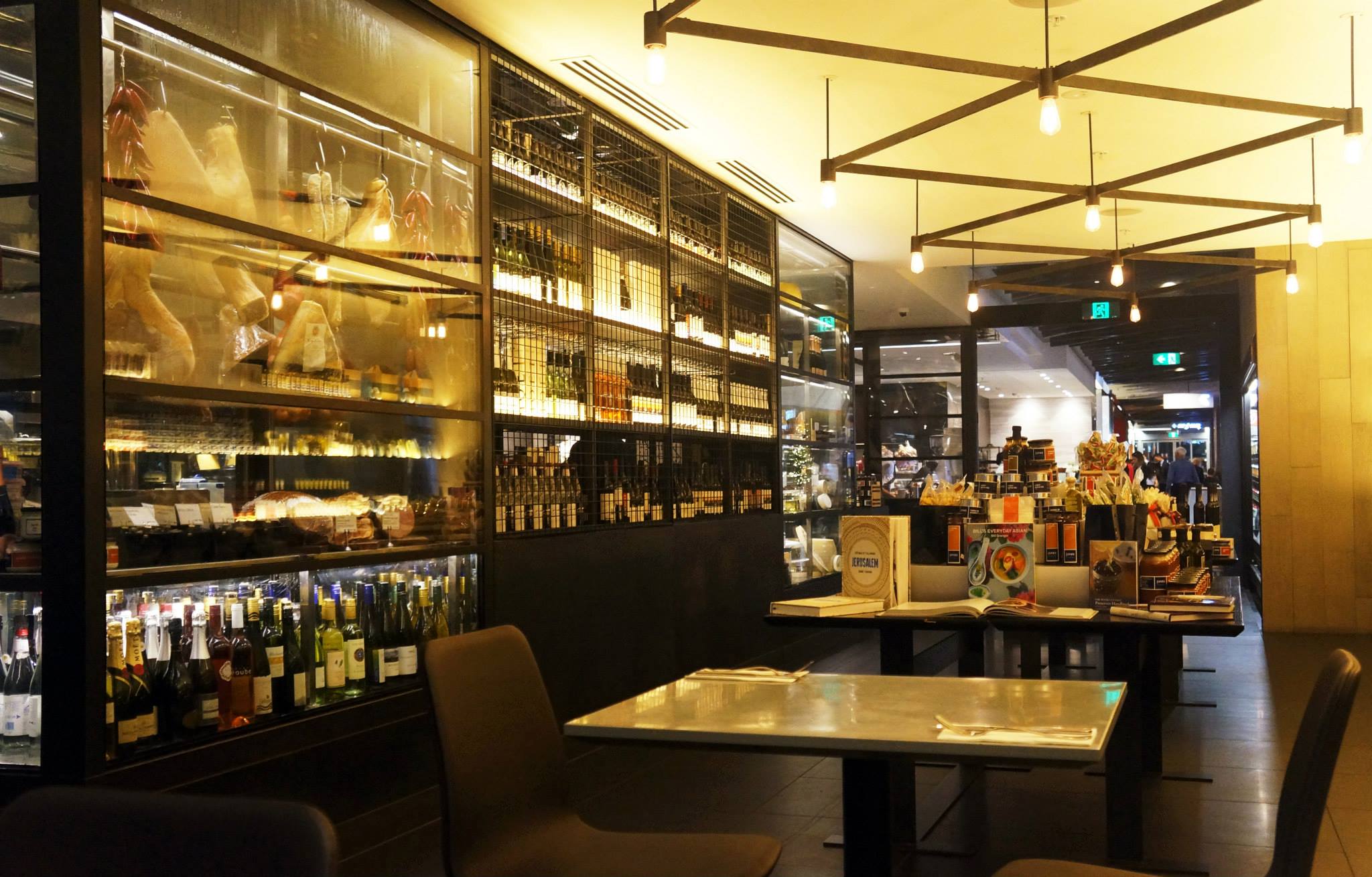 We were thoroughly impressed with Jones The Grocer and it exceeded any expectations that we had for the food whilst also providing a relaxing and modern dining atmosphere in the heart of the city. It was also quite nice to be able to walk around and have a look at the gourmet items on sale while waiting for our food.

The menu is a great mix of cuisines and uses great ingredients, many of which are available for purchase in the deli section. The service was attentive but not too overarching and the kitchens were open so anyone could watch the chefs cook from the dining tables or while browsing the items on sale.

Mr C and Miss K attended as guests of Cavcon and Jones The Grocer.
All views and opinions expressed are our own.