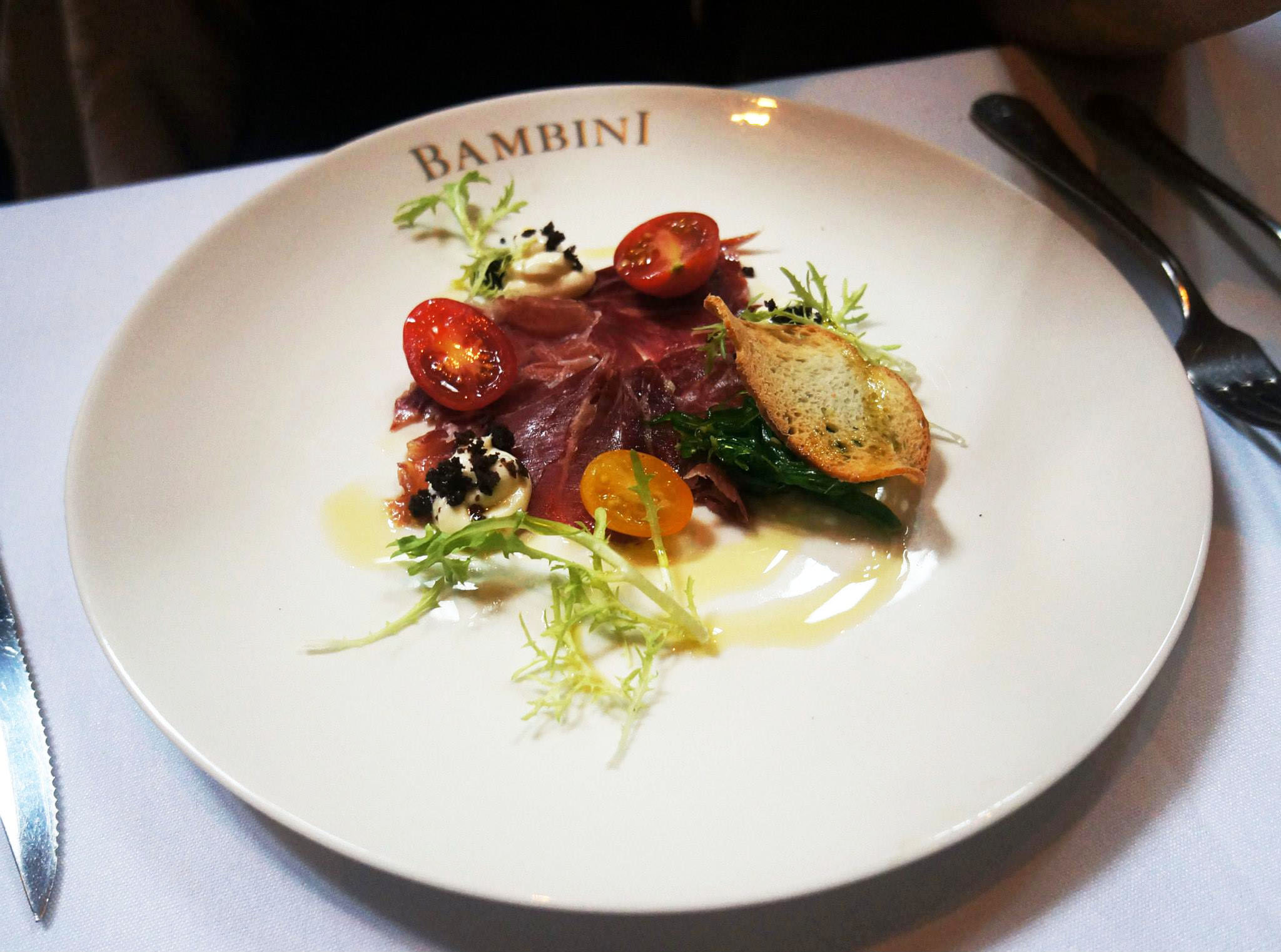 This review of Bambini Trust Wine Room has been sitting in the backlog for almost 4 months, for some reason I completely overlooked it and now it’s the latest blog we’ve ever published.

Our visit to restaurant actually fell on Valentines Day when they had a special menu, I was aware it was a little overpriced for what it was but I thought why not make it a little special this year? 🙂 Bambini Trust is located right opposite Hyde Park and is situated inside an old historic building with beautiful interiors and an old vintage charm, the interiors are very posh and classy which suits the atmosphere.

The Valentines Day menu was a set menu of special dishes created specifically for the night, entrees arrived quite quickly with one of the first dishes being the Iberico Jamon with honeyed goats curd, olive & wakame. When we saw the menu Miss K had her heart set on this dish because she absolutely loves cured meats like Jamon and Prosciutto, she definitely enjoyed the Jamon from what I gathered afterwards! 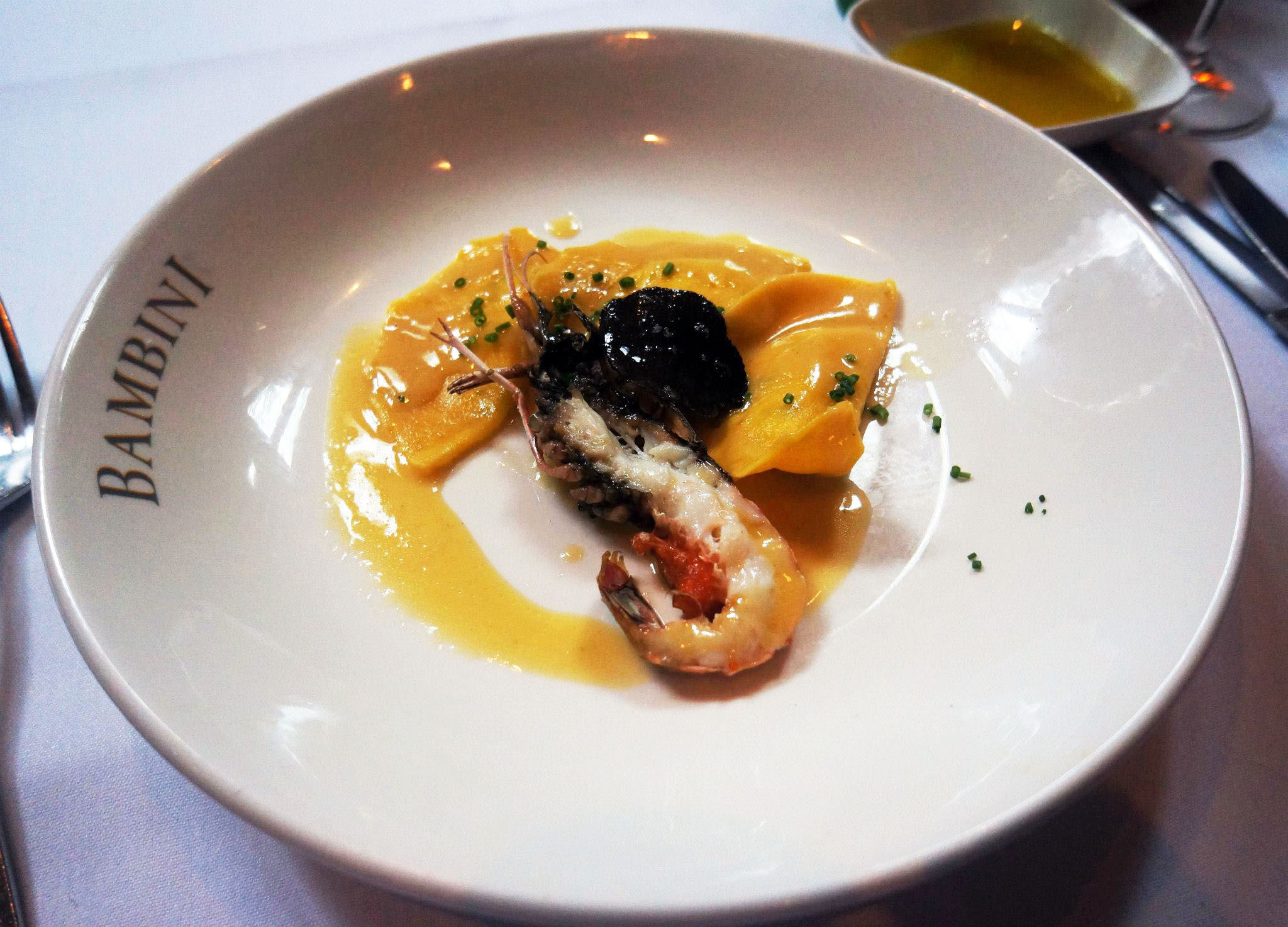 My entree was the Moreton bay bug ravioli, despite not being a big fan of seafood I decided to order this because it sounded amazing on paper. In the end I have to admit it was a good decision with the ravioli melting in my mouth and the truffled butter adding vibrant flavours to the smooth rich texture of the ravioli. 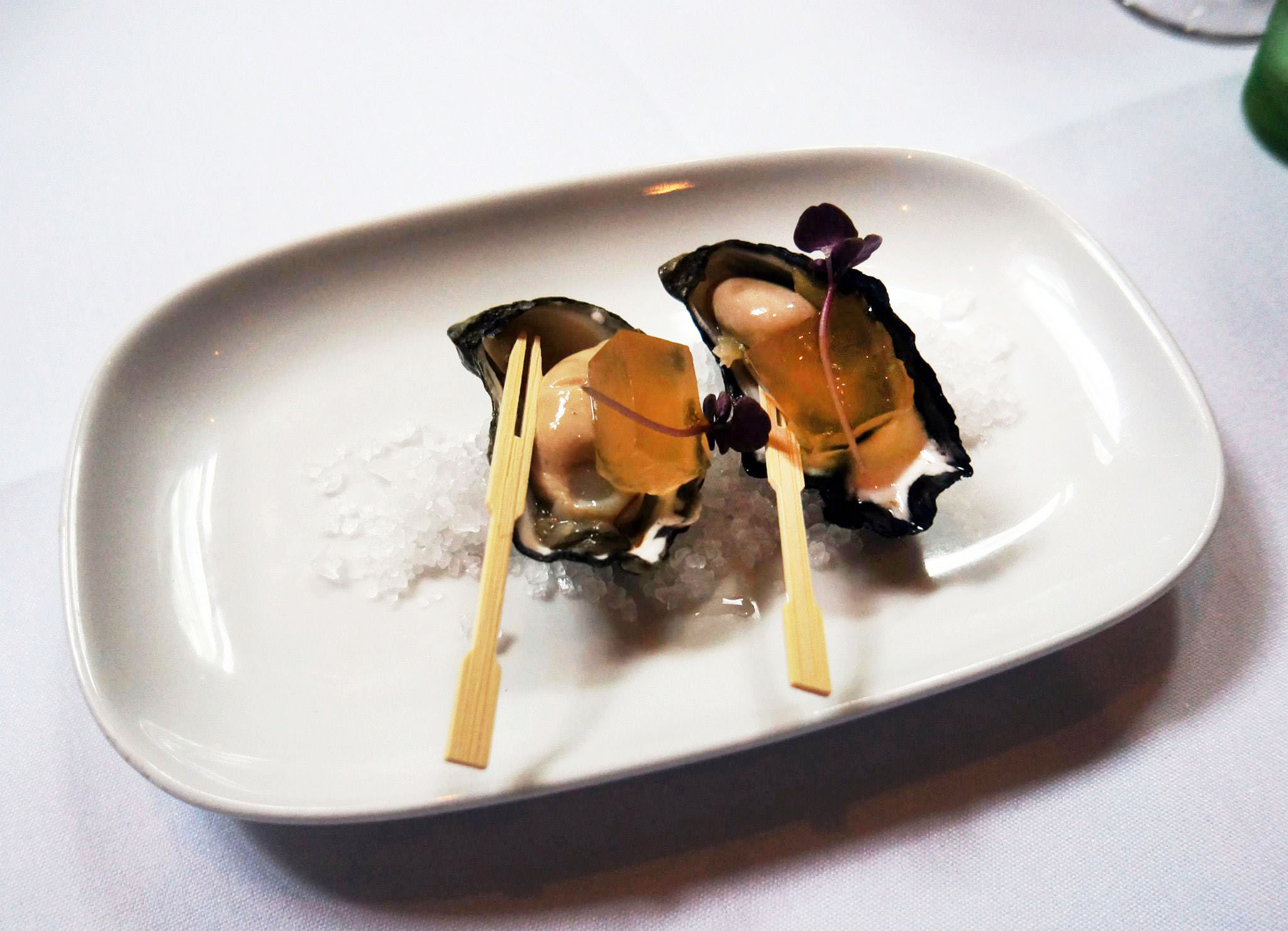 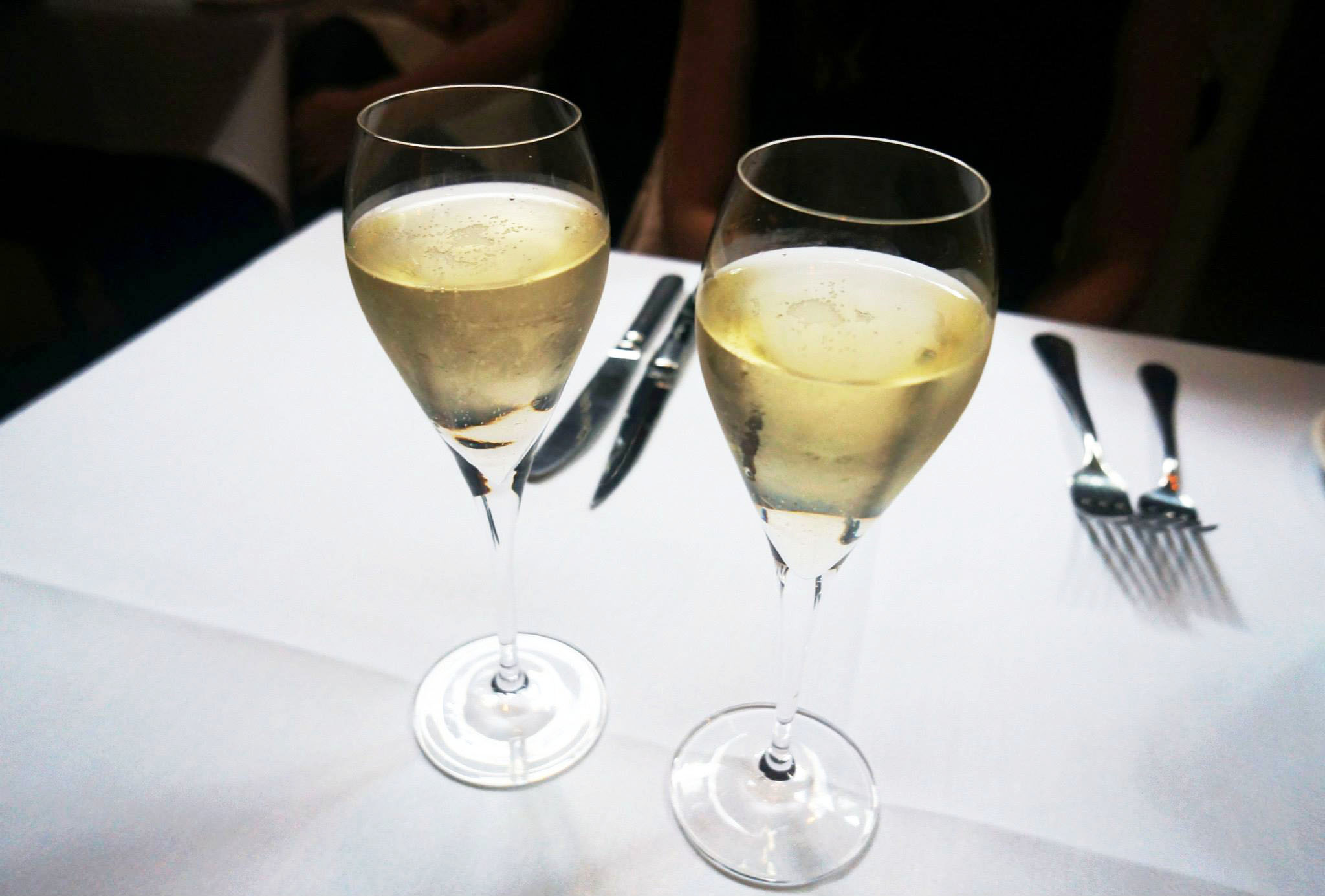 As part of the Valentines day menu we were also served two glasses of bubbly and some oysters as the hors d’oeuvre, the sparkling wine was relatively light (how I prefer it) and really enjoyable. I ended up donated my serving of oyster to Miss K who absolutely loved it, supposedly the mix of grapefruit and white balsamic made it one of the most exquisite oysters she’d ever had the pleasure of eating in her life. 🙂 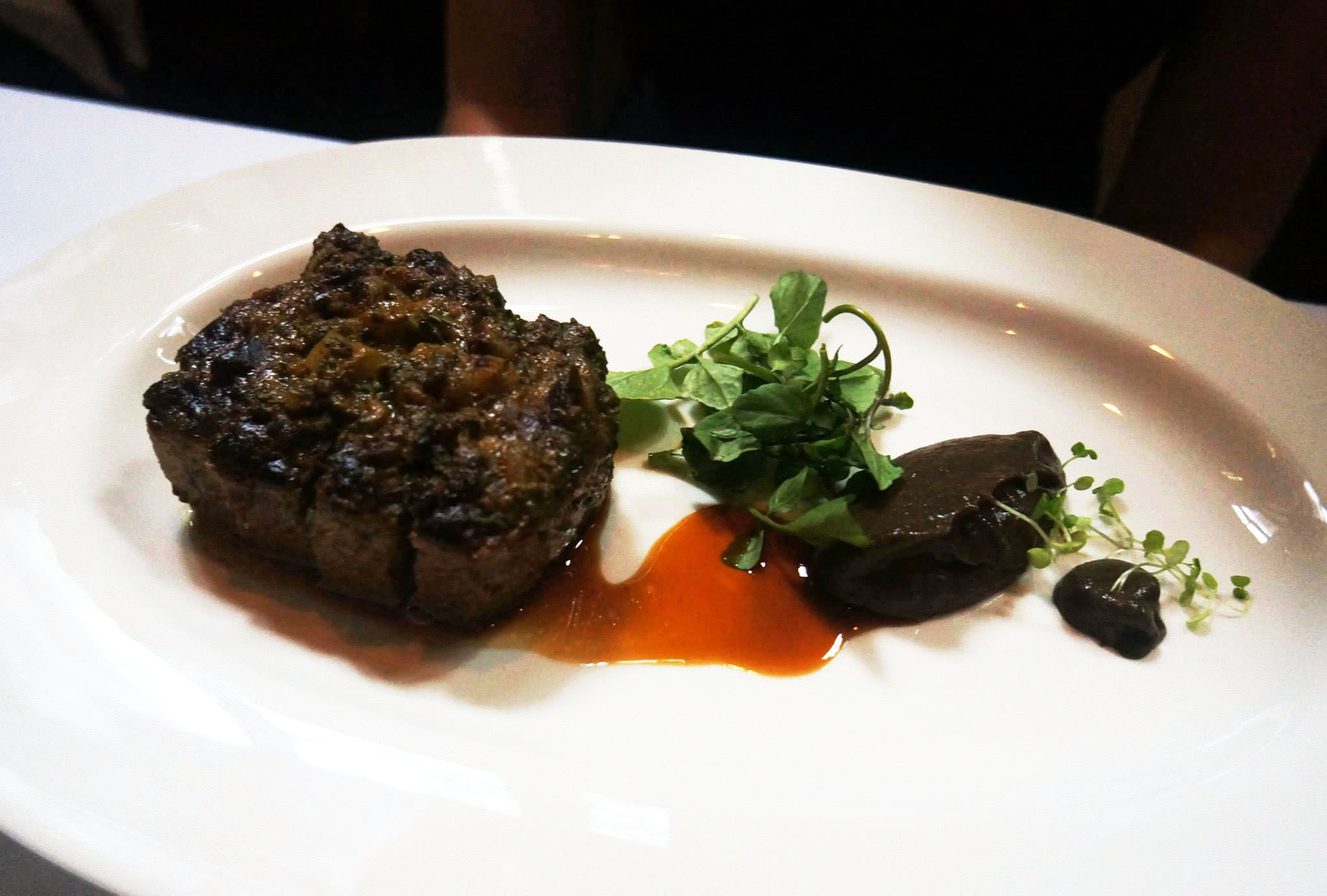 I’m not quite sure how this photo turned out so bad but it was likely because of the lighting, luckily the steak was the exact opposite in taste. It was quite nice to find that the steak was already sliced before being served and as a lazy person I found it quite convenient, the meat was grilled perfectly to medium rare and served with a decent portion of sauce which was a complex mix of different herbs. I really enjoyed the steak quite a bit as the steak is a really nice tender cut that goes really well with the rosemary potatoes. 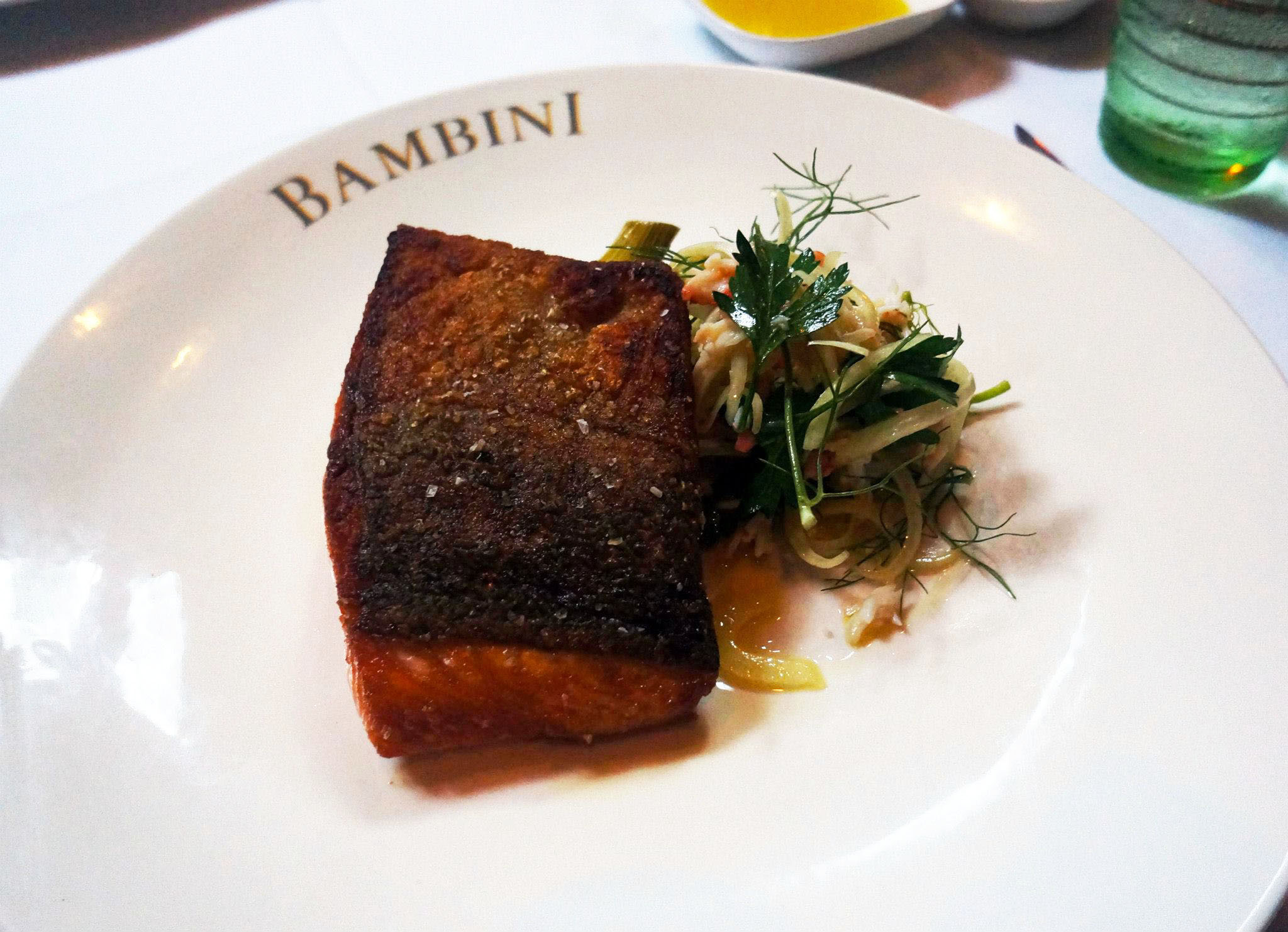 Miss K decided on the pan seared ocean trout as I believe the only other choice on the menu was a lamb dish which she doesn’t eat (lambs are too cute to eat?). I had a taste of the fish and thought it was quite good with a really generous portion of the crispy skin. The best part about the dish however was actually the side salad which contained great portions of Alaskan king crab meat that were really delicious. 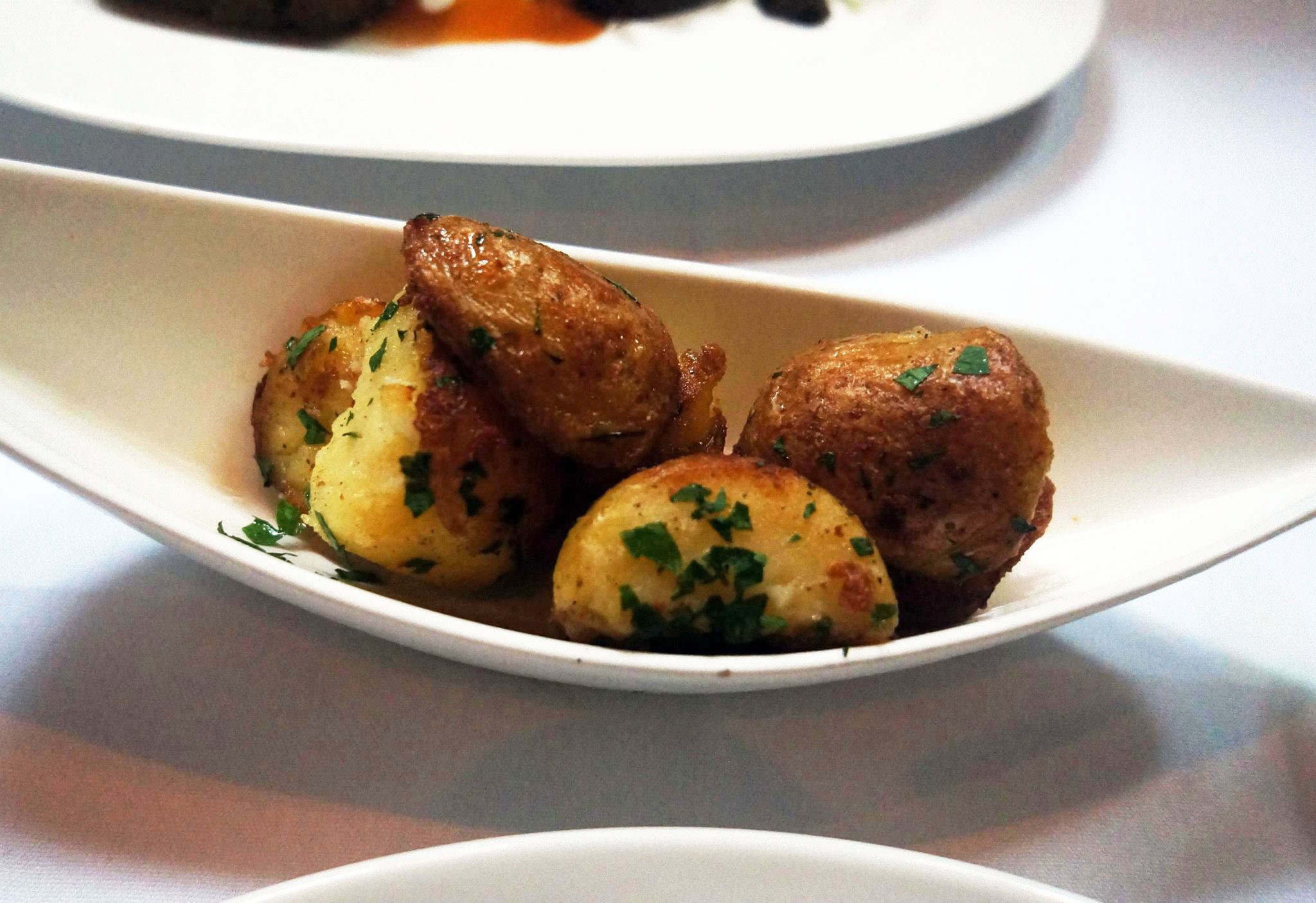 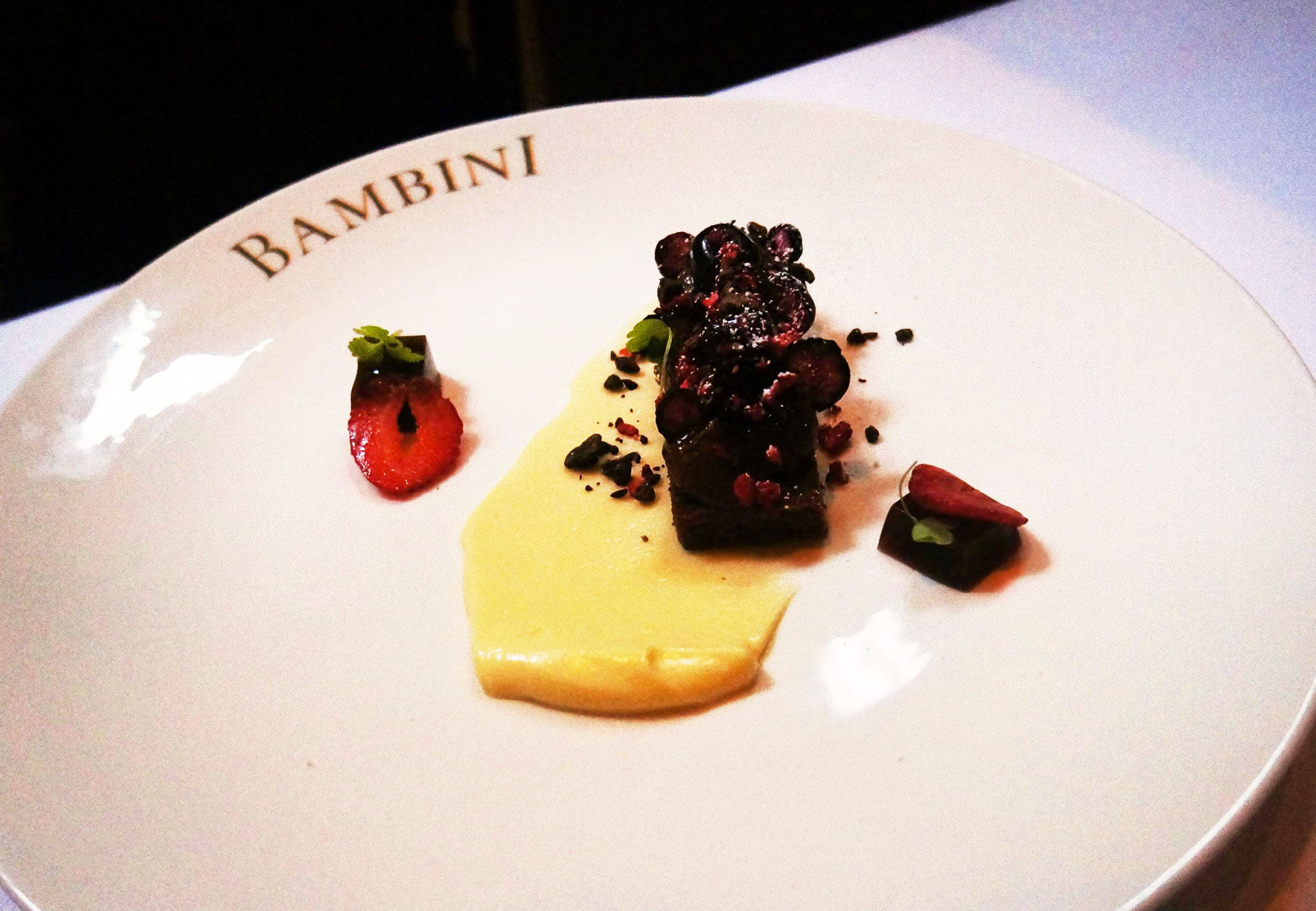 We actually had two desserts but the photo for the other was so horrible I decided to leave it out, the lighting got progressively worse as it got darker so it was quite difficult to get a good shot without my prime lens. The remaining photo was of the chocolate delice which I thought was really amazing, the chocolate delice by itself was quite average but eating in conjunction with the vanilla mascarpone instantly made the mouthful so much better, it was really a good mix of taste and texture. 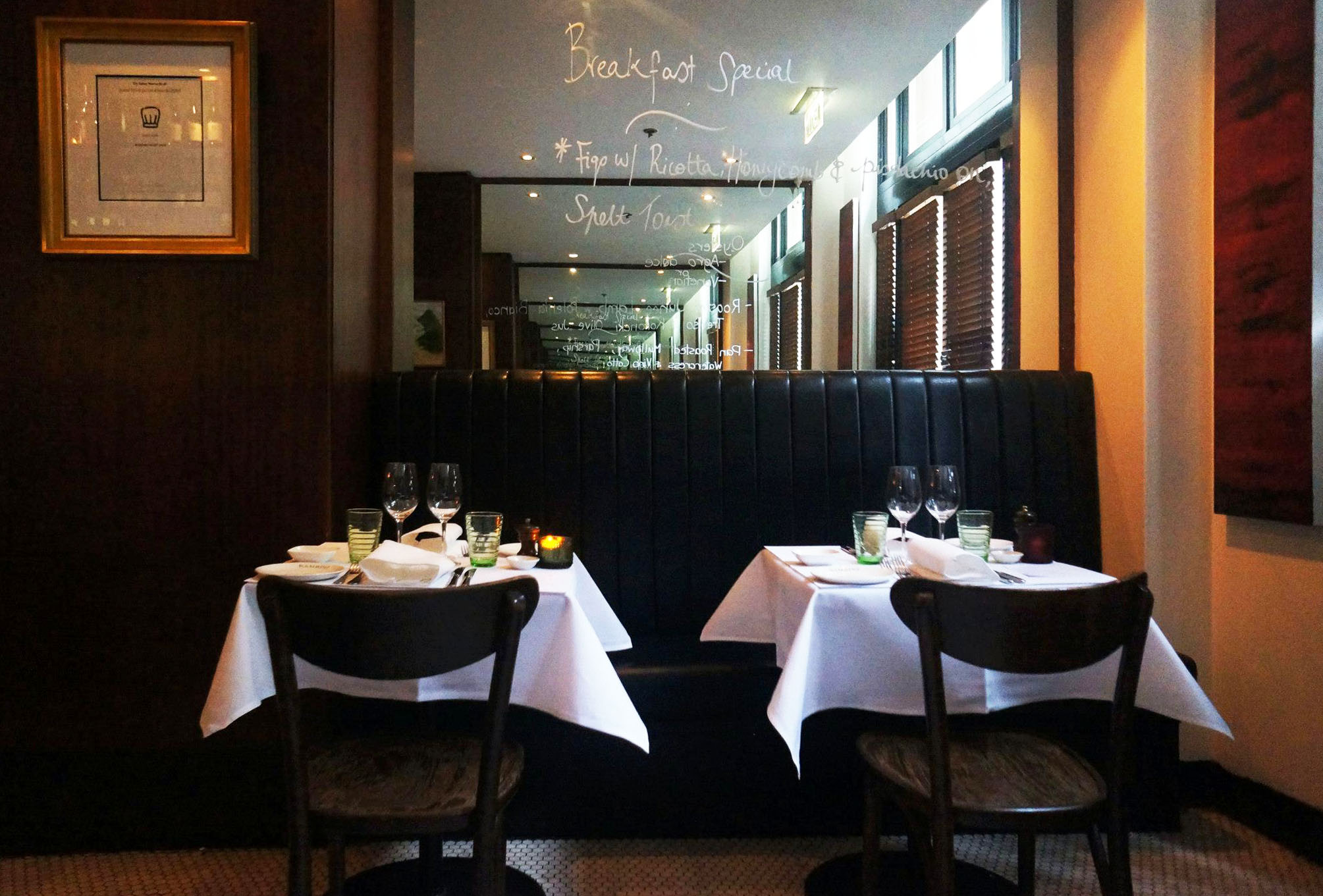 The restaurant is quite a classy establishment and overall we had a good experience with great service and knowledgeable waiters. My only gripe was that the seats between tables were quite close and for a restaurant which has such a romantic atmosphere it’s difficult to have a lot of privacy when the neighboring table is less than half a meter away and can easily overhear everything you say.

The food and drink selection is quite good and the restaurant has been awarded a chefs hat in the past, keep in mind that it’s a little pricey but the restaurant is definitely worth a visit.