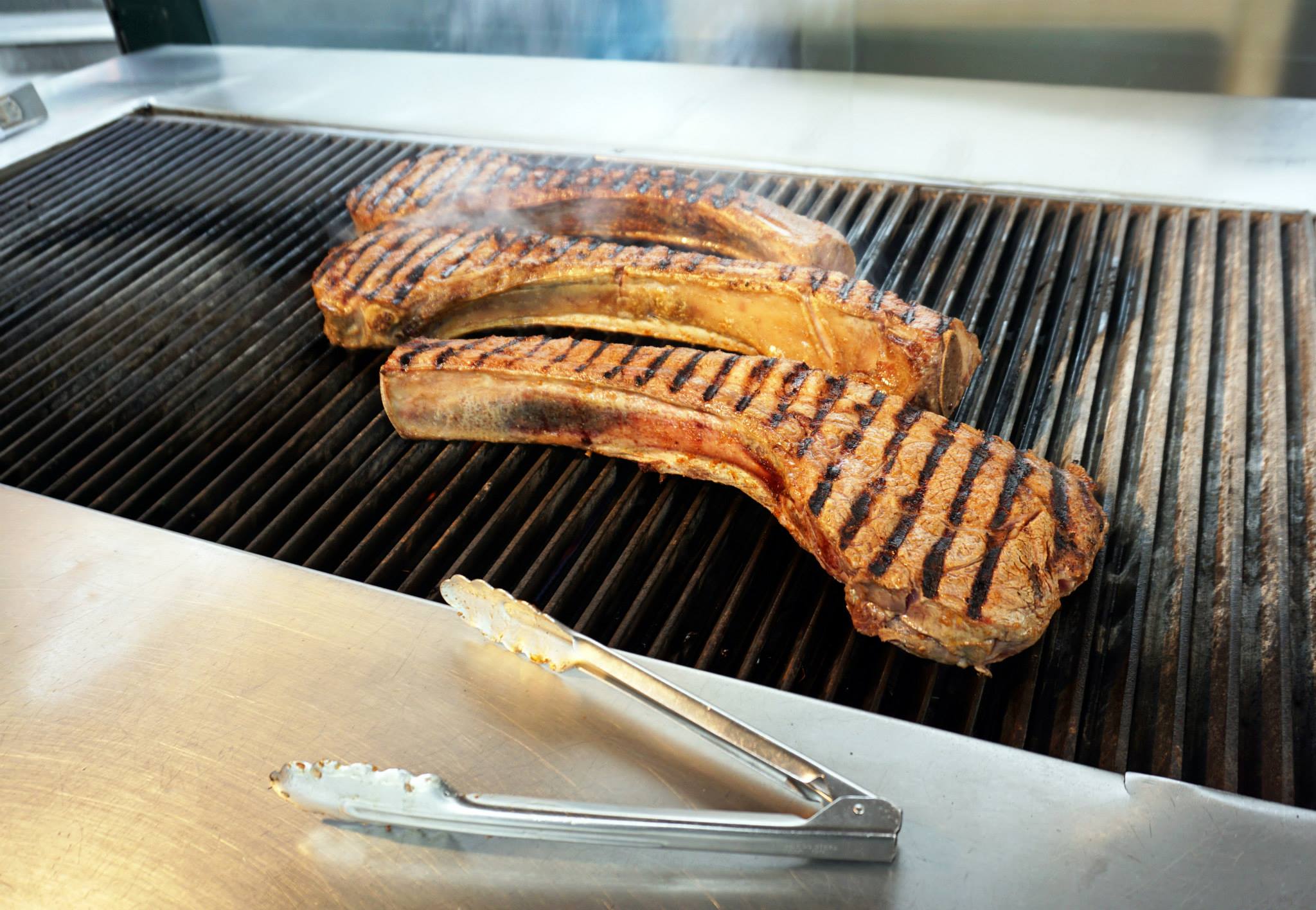 No your eyes are not deceiving you because those steaks really are as big as they actually look in the picture, the tongs were placed for scale. Around two weeks ago we were invited by Gemma @ Wasamedia to take on this beast of a steak from The Oaks Hotel in Neutral Bay, the approx 2kg Tomahawk Steak is a relatively new addition to the menu and The Oaks is one of the few places in Sydney that actually serves it.

Since we arrived a little early I was able to have a sneak peek of it being cooked on the outdoors grill, the smell wafting through the outdoor area was so enticing that quite a few people were looking in this direction. When the steak arrived in all it’s glory I was quite impressed about how amazing it looked, the potatoes that are served on the side are cooked in duck fat which made them absolutely divine. 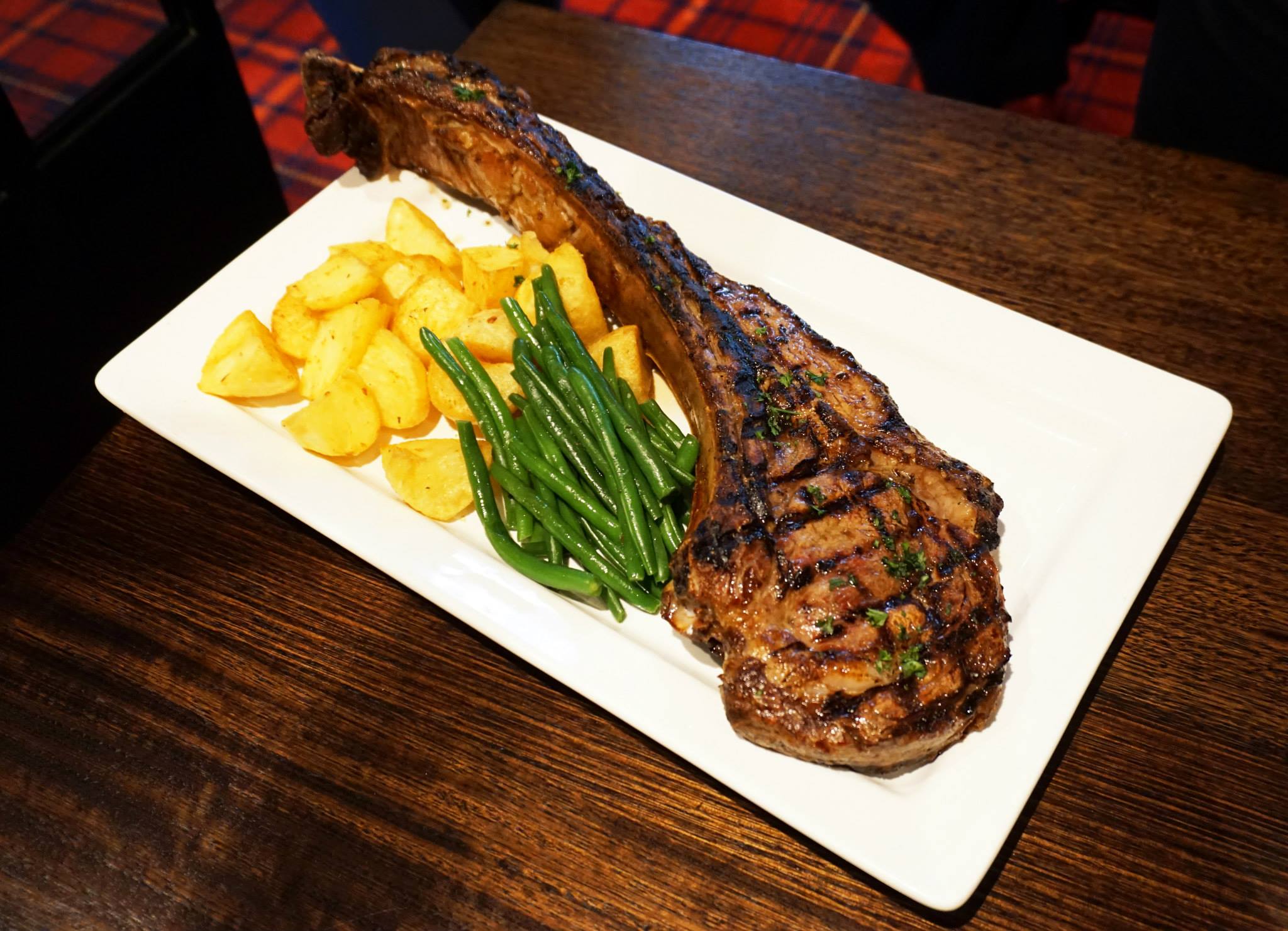 Unfortunately I was so in awe with the steak that had landed in front of me that I missed the waiter pointing out each of the sauces, I did catch that one of them was rosemary but I was by far most impressed with the mushroom sauce which was served perfectly with a strong scent of mushroom and creaminess. 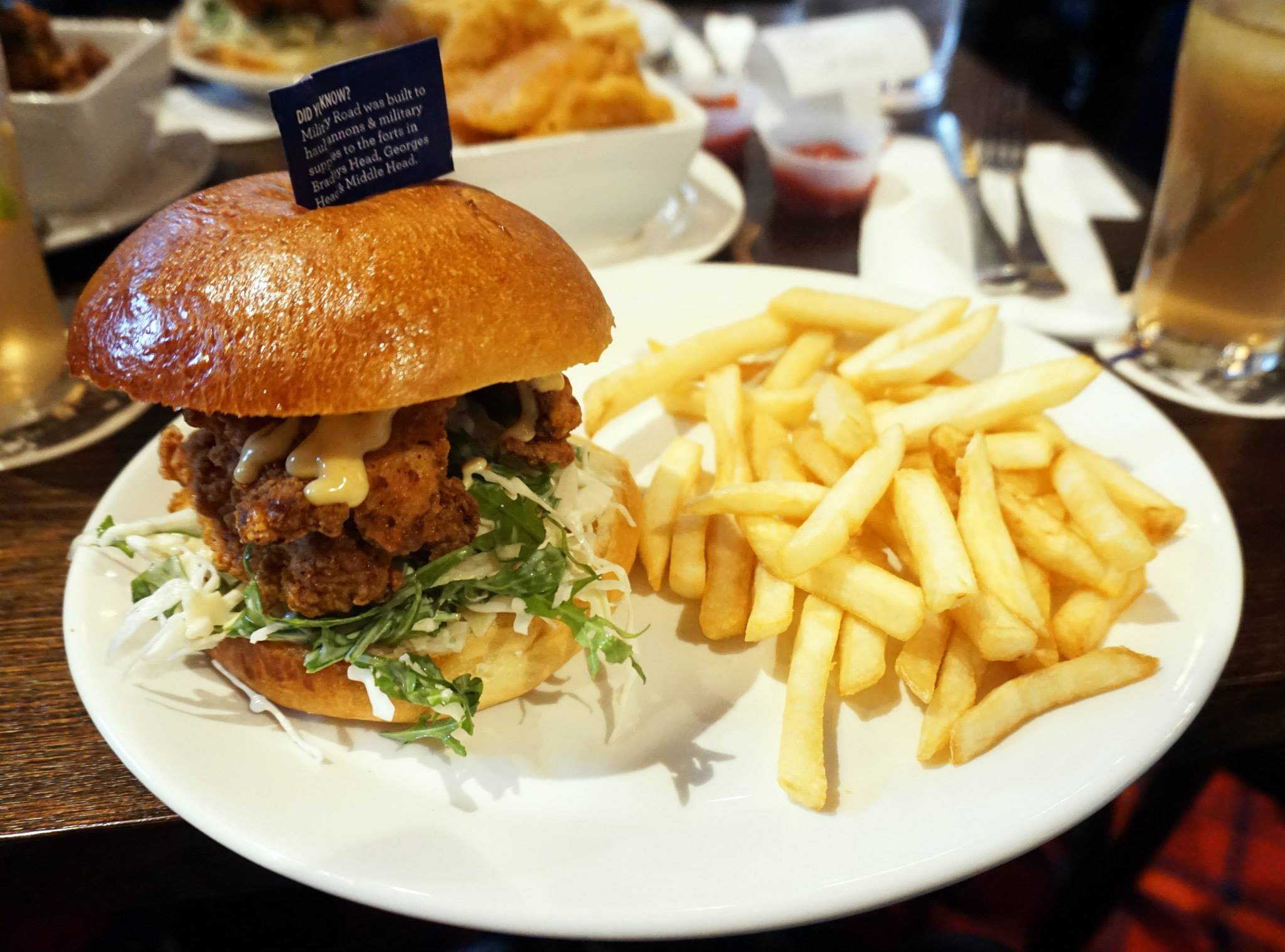 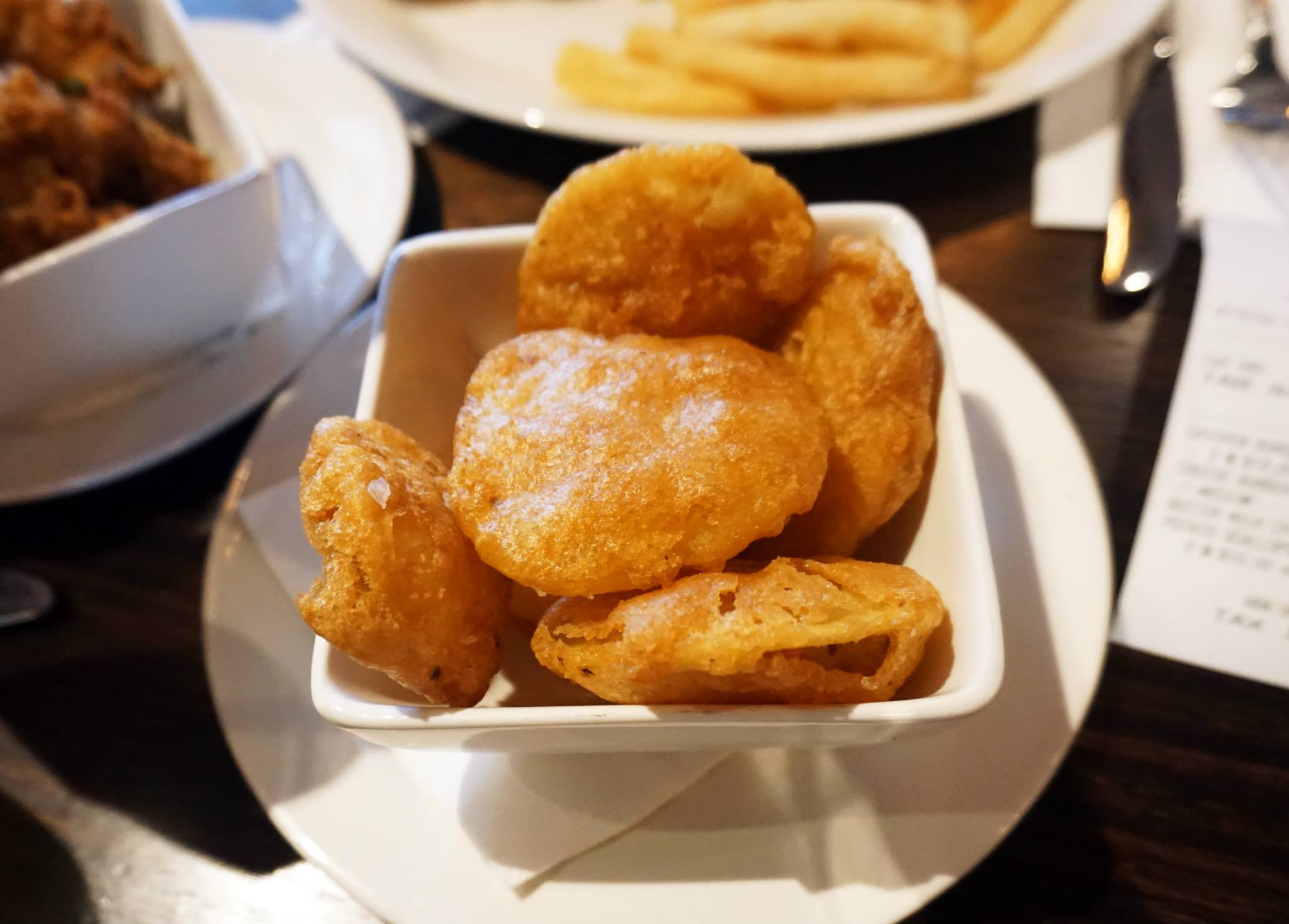 While myself and fellow bloggers Excuse Me Waiter as well as Mr And Mrs Romance went at the steak, the others attending the lunch including Miss K ordered a few other dishes from the menu such as the fried buttermilk chicken burger which smelled amazing, this was a rare occasion where we didn’t share food because I couldn’t stomach anymore after the steak but Miss K notes that the burger was good. Everyone was raving about the potato scallops which made me want to try them but they had been demolished! 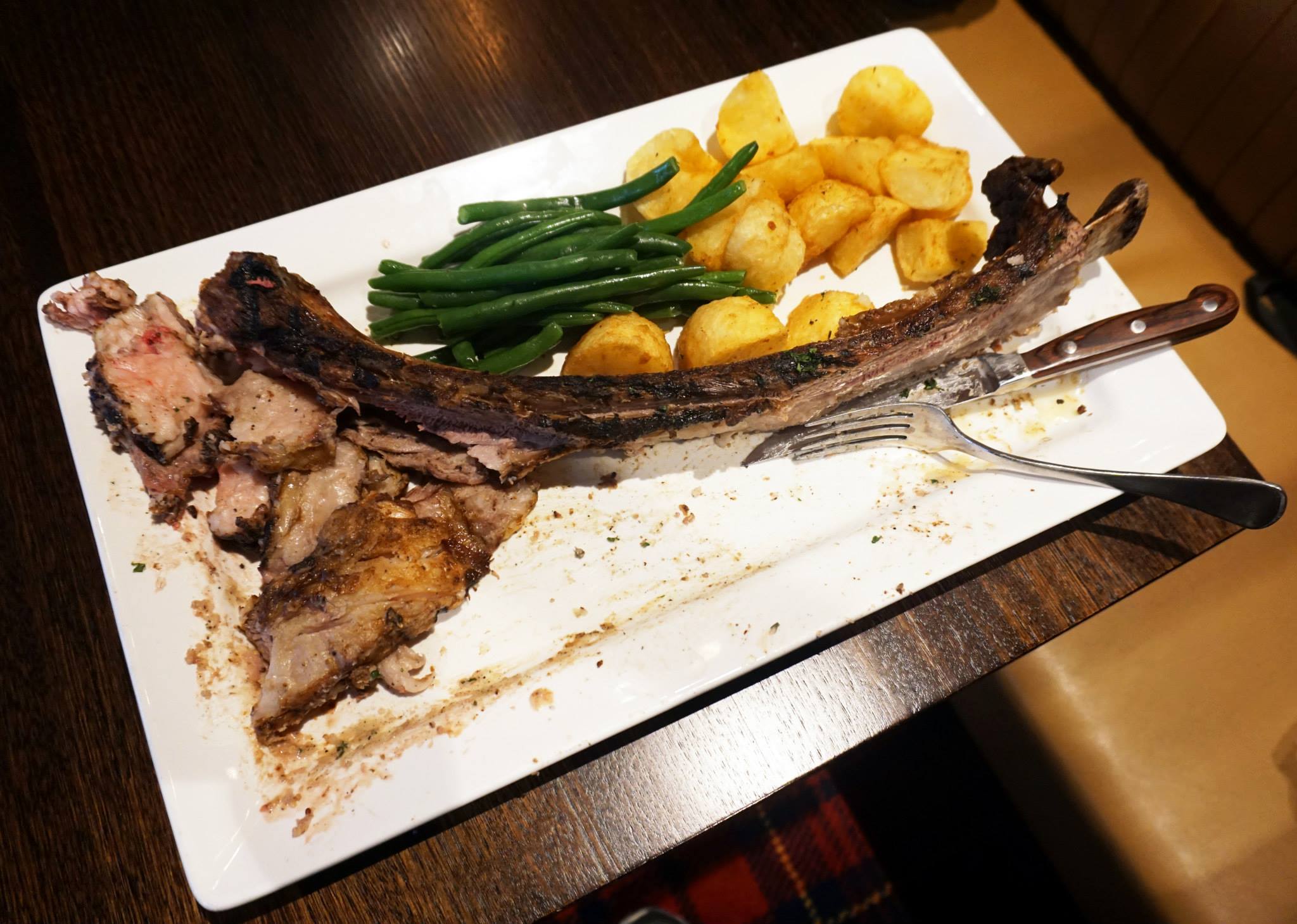 Somehow all of us managed to finish the steaks after much chewing and eating. I believe it took over an hour from start to finish for us to finish the whole steak and I have to admit it was one really good cut of meat, the serving size is large enough that it could easily feed two people if they were sharing it. It did have a fair amount of fat which I would assume is expected from a cut of meat so close to the rib. 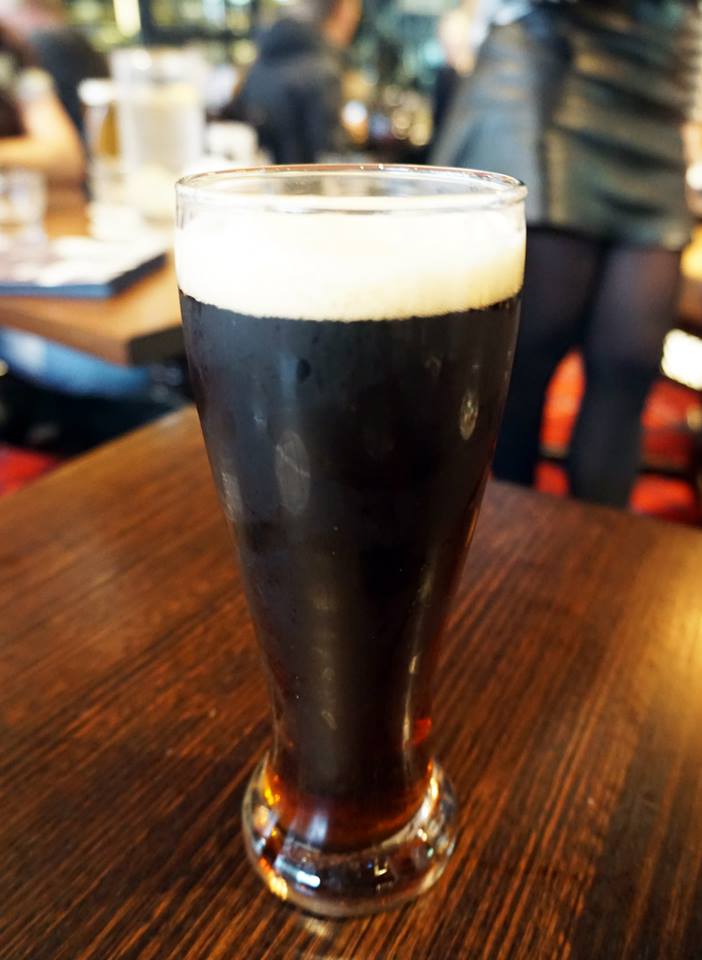 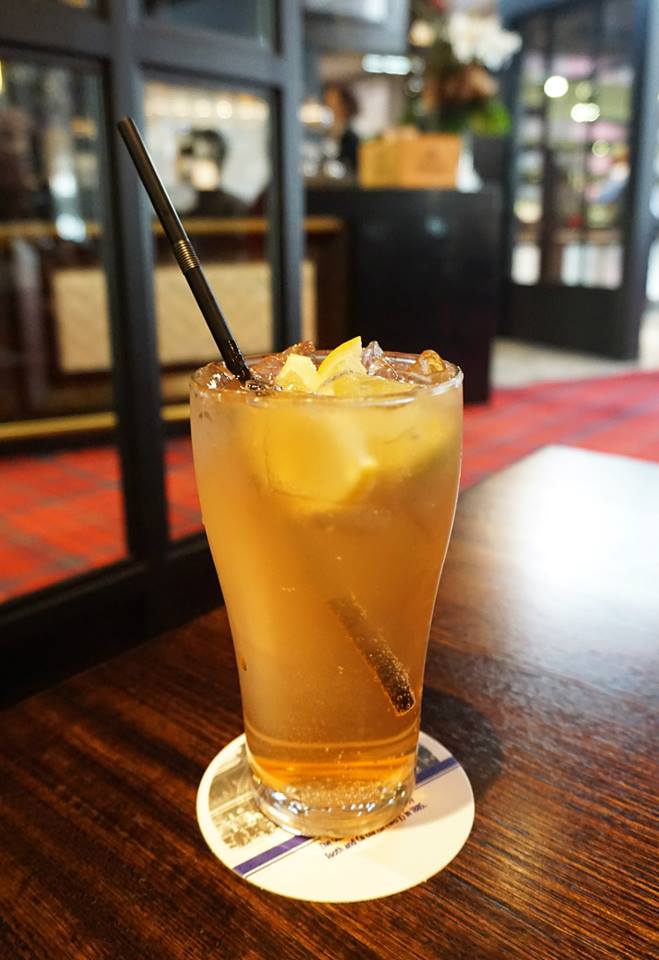 Miss K went for a lemon and lime bitters with her meal which she enjoyed and upon conquering the steak I went with an awesome dark beer (I believe by White Rabbit) from the bar to wash it all down. I was quite impressed with the selection of beers that they had on top which ranged from the usual beers you would expect to a huge variety of obscure craft beers which are generally excellent. 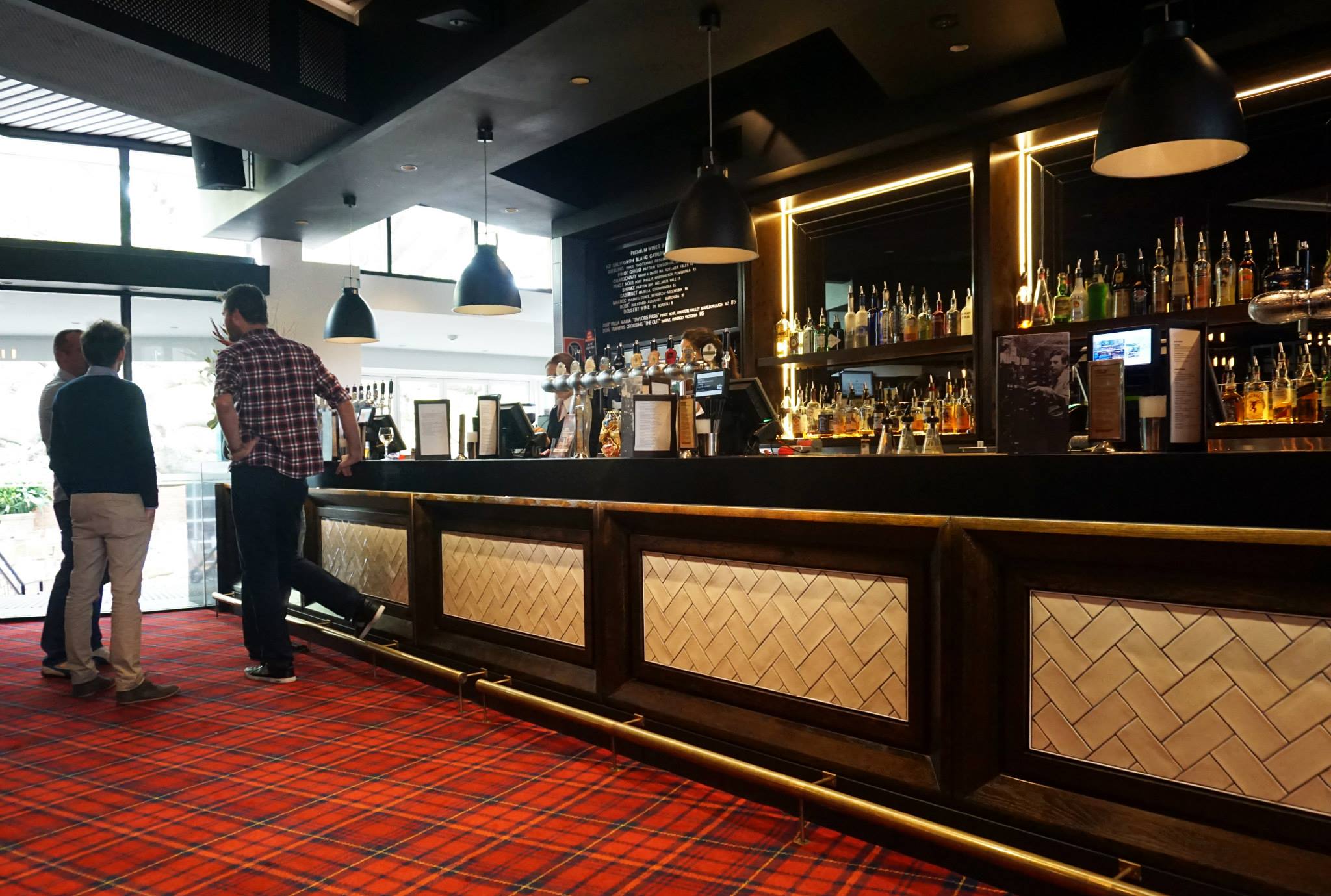 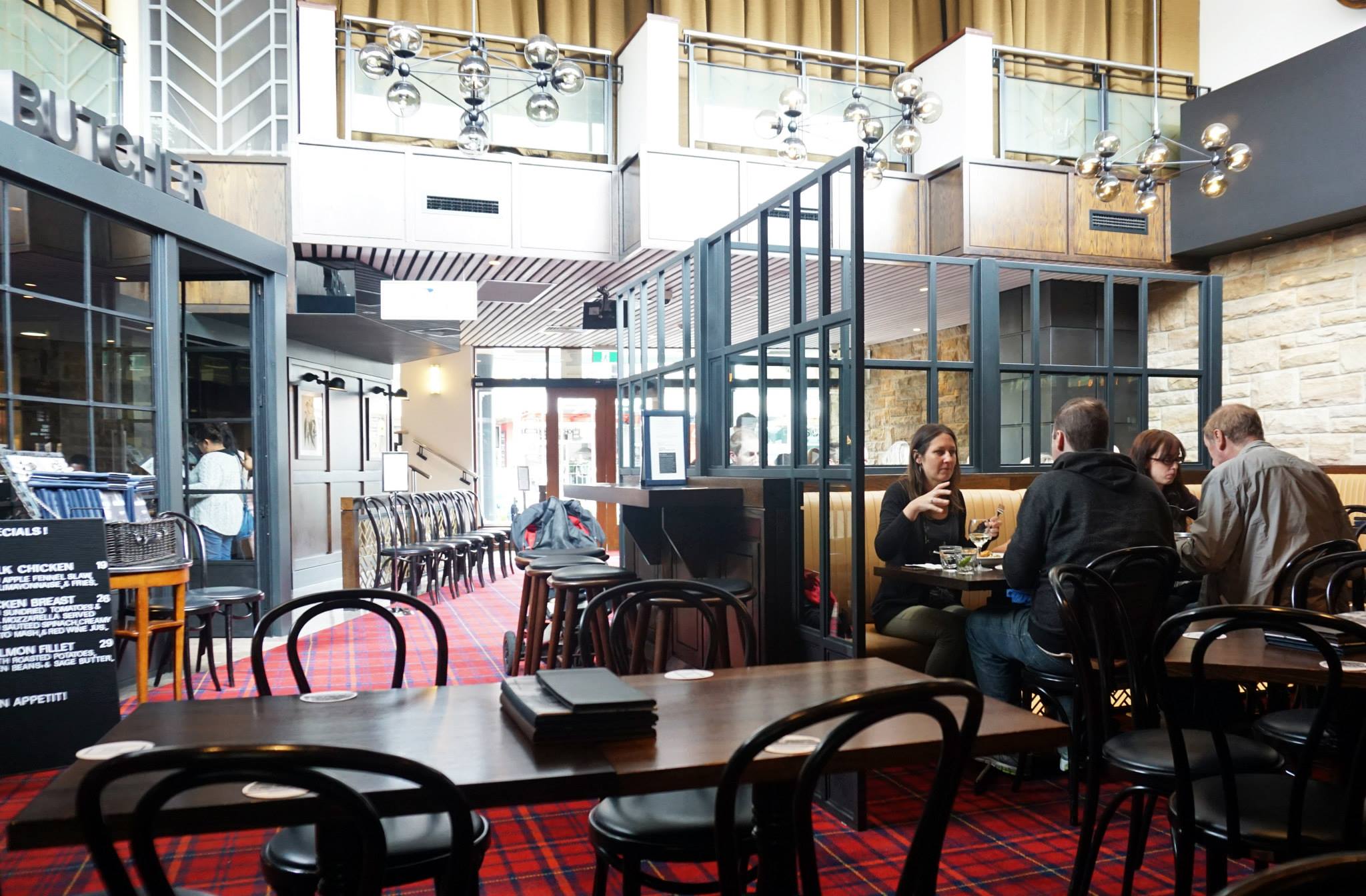 I can tell you that by the time I was walking out of the place I was a relieved that the steak challenge was over but at the same time I was also craving some of the other dishes on the menu that I was eyeing before the food arrived. When I voiced that to Miss K she gave me a look that basically showed she thought I had turned insane, it’s not my fault the buttermilk chicken sounded and looked good!

I’ve always been a fan of how pubs in Australia are now placing a bigger emphasis on the food, it’s really good to see that The Oaks Hotel has recognised sub-par food just isn’t good enough anymore. The drinks selection has always been good but the new menu and great interior design is awesome, the steaks are definitely great value for what you get so head on over and take on the Tomahawk challenge yourself 😉

Mr C and Miss K attended as guests of The Oaks Hotel & Wasamedia. All views and opinions expressed are our own.