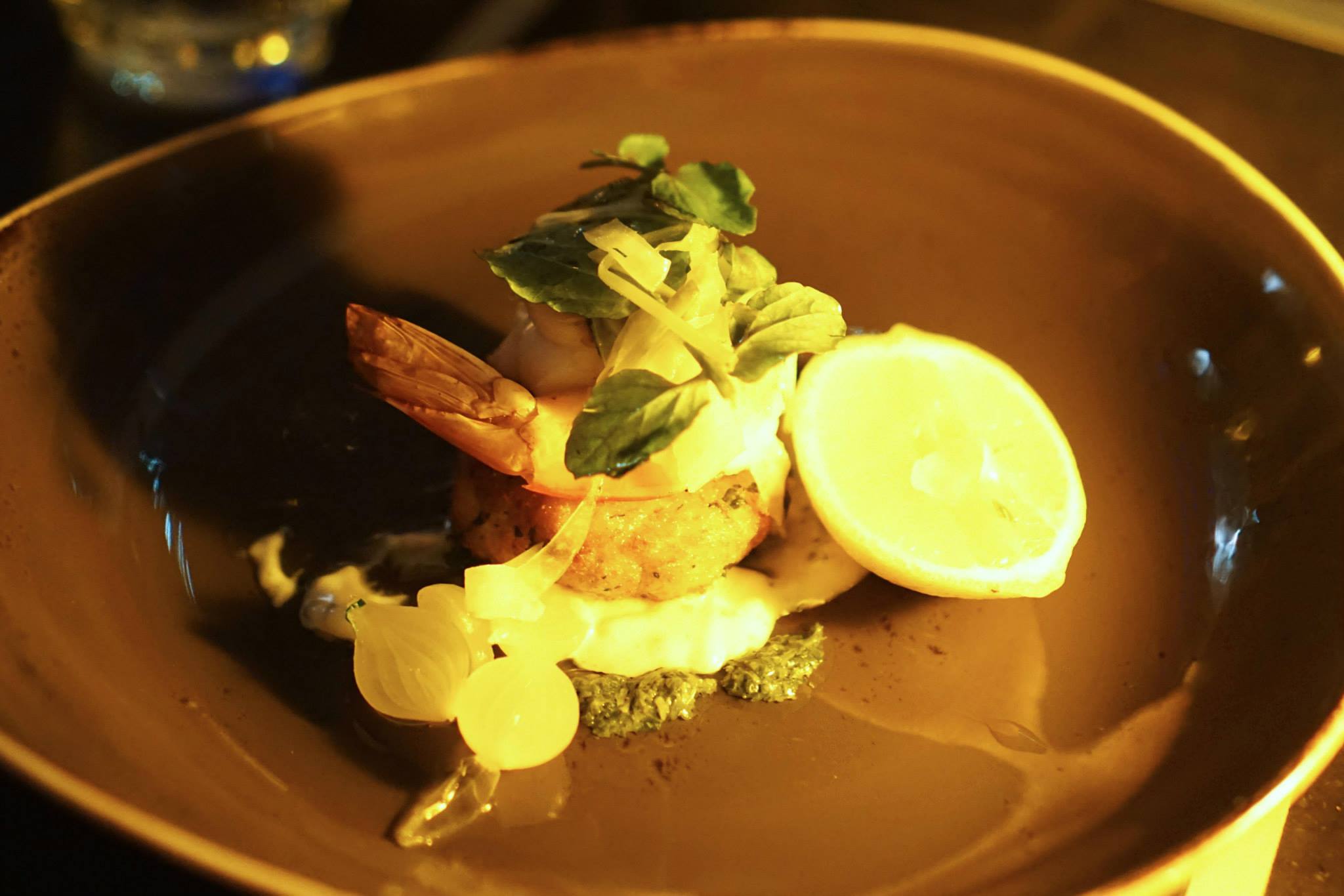 Cafe Sydney, a Modern Australian fine dining restaurant is often hailed as the most romantic venue in Sydney and for good reason. Candlelit tables combined with picture perfect views of Sydney Harbour Bridge and Sydney Opera House in the evening make for an amazing atmosphere. The harbour was also illuminated during the Vivid Sydney Light Festival when we dined which just added to the awe.

Apologies in advance for the photos, it was quite difficult to get good white lighting as we were positioned right at the edge of the open air balcony (heated in winter) with only dim ambient lights and candles.

The menu is quite varied and includes a lot of Modern Australian dishes with a slight Asian twist, we decided to pick two entrees and two mains to begin with. The first entree to arrive was the crumbed crab cake that Miss K picked as she wanted some seafood, Miss K took the first bite and exclaimed that it ‘melts in your mouth’. The prawns were fresh and the sauce gribiche was the perfect accompaniment. 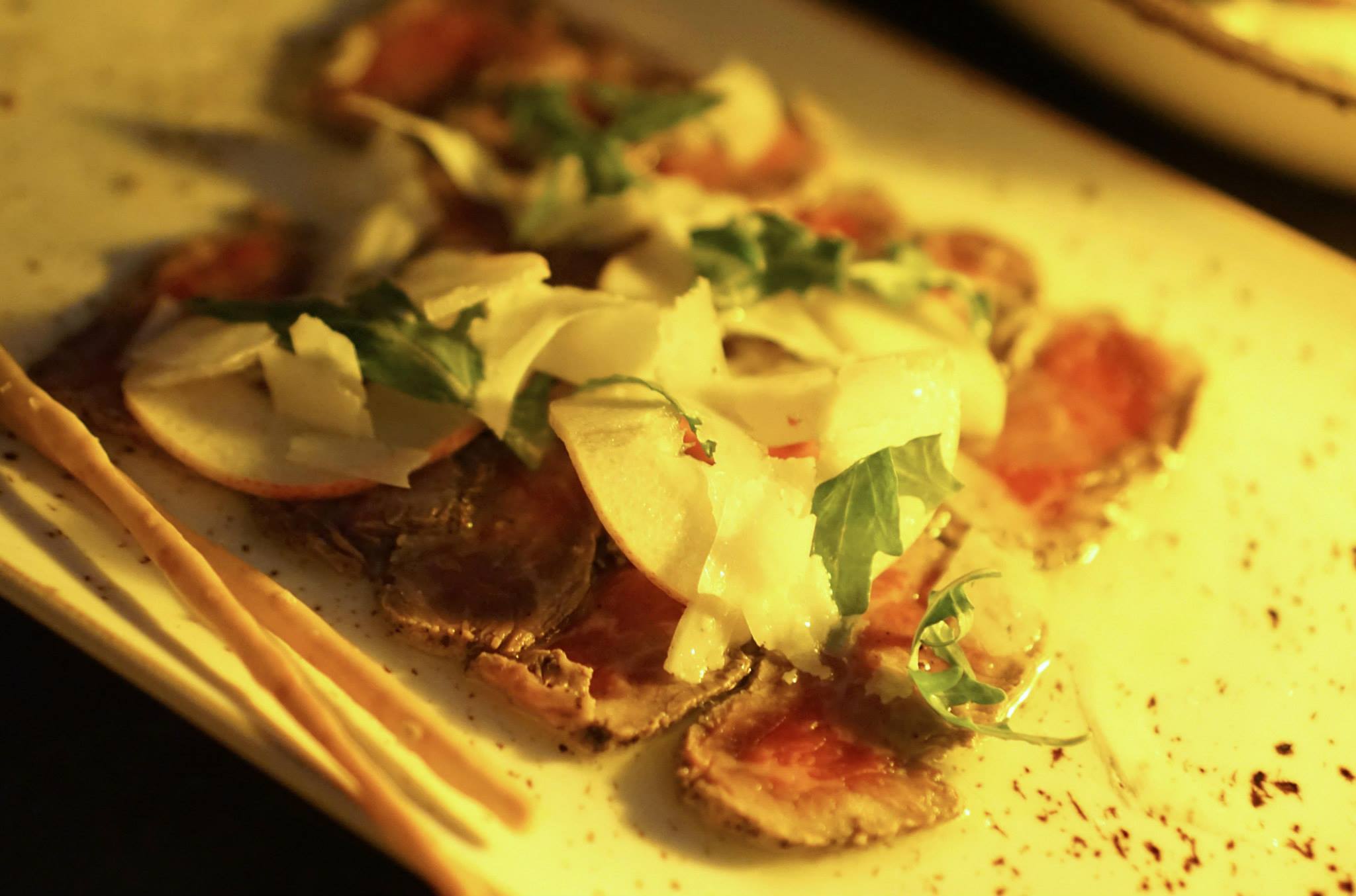 My turn to pick – I decided to go with the wagyu carpaccio as I wanted some red meat and hadn’t had any beef carpaccio or tataki in a while. The best part about this entree would definitely be that the beef appeared to have been seared very recently as the edges of the beef were still warm, unfortunately they cooled down quickly but the first pieces were amazing while the rest were equally tender and tasty. 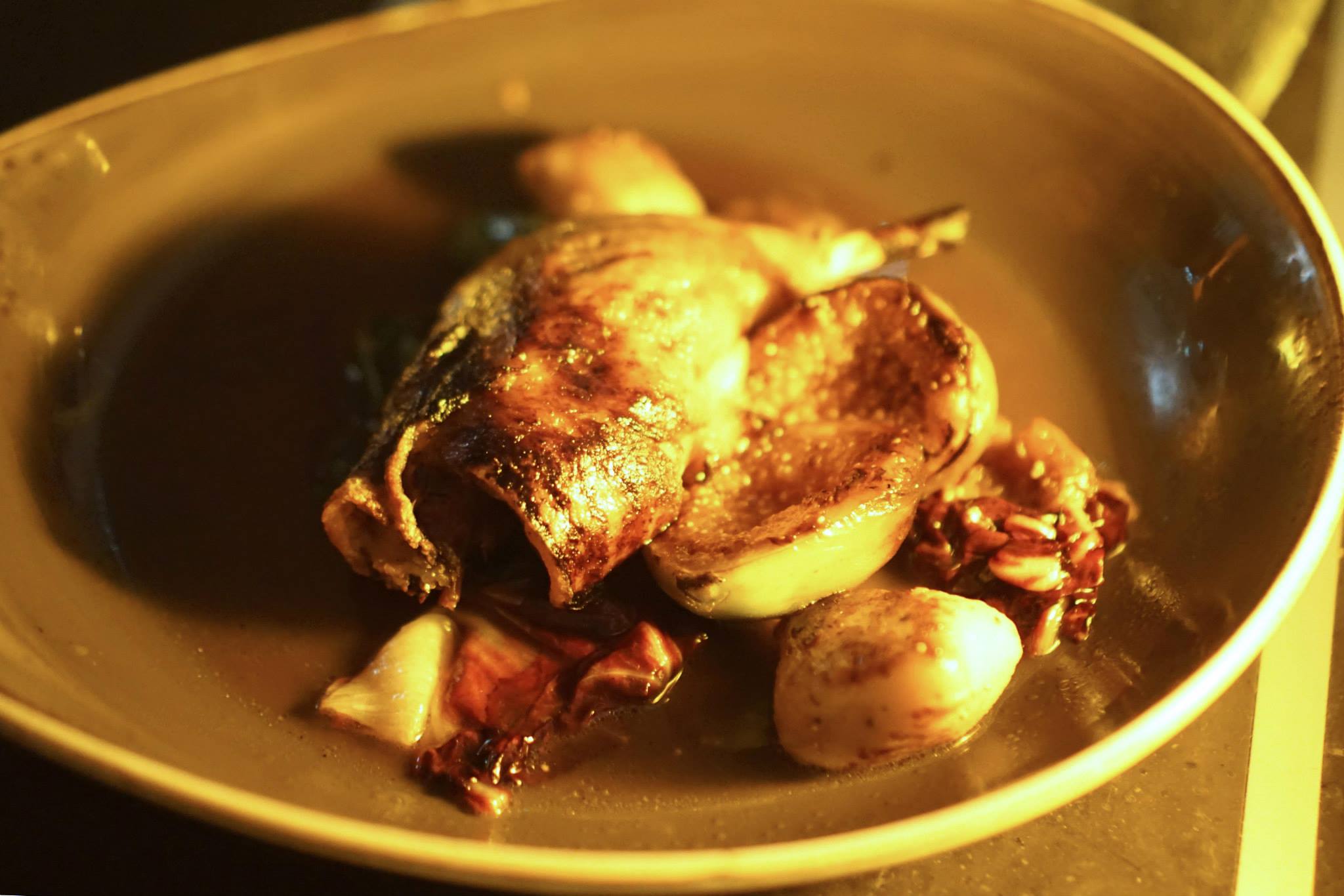 If I had to pick a least favourite dish this would be it but solely because the kale at the bottom was very hard to stomach, a lot of people say that kale is horrific unless cooked properly and this is a good example. Fortunately the duck itself and the rest of the dish including the jus was amazing, I usually have duck confit but ‘twice cooked’ is definitely different as it’s much more tender and flavoursome. 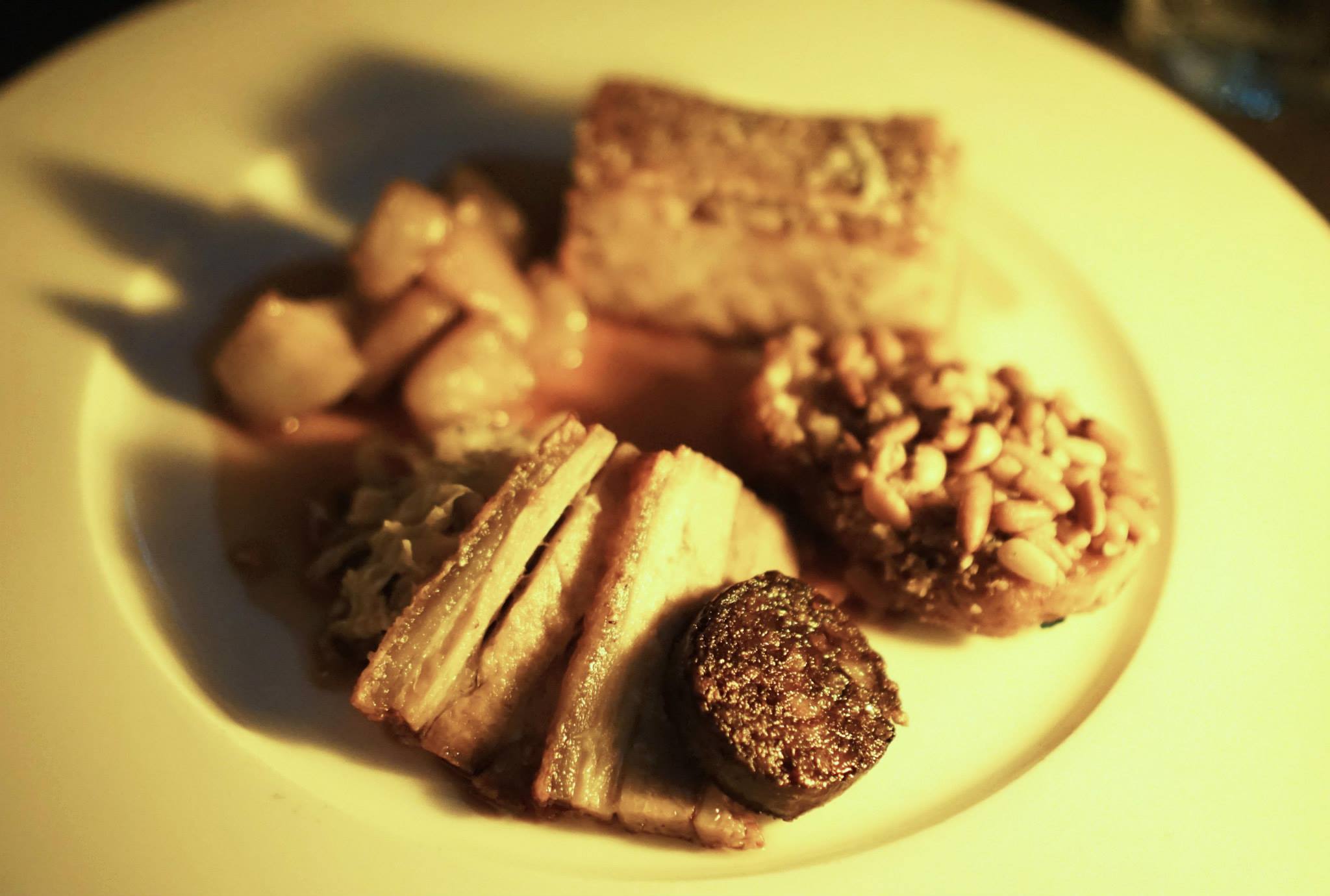 This was easily my favourite dish of the night as everyone probably knows by now that pork is something I rarely hate on. The mix of potato, nutes and jus gave it a very ‘organic’ taste and feel for lack of a better description, the pork in the mean time was extremely tender and the crackling skin just perfect. I had no idea at the time though but the sausage was a blood sausage – I still ended up enjoying it more than I would have if I had known 😉 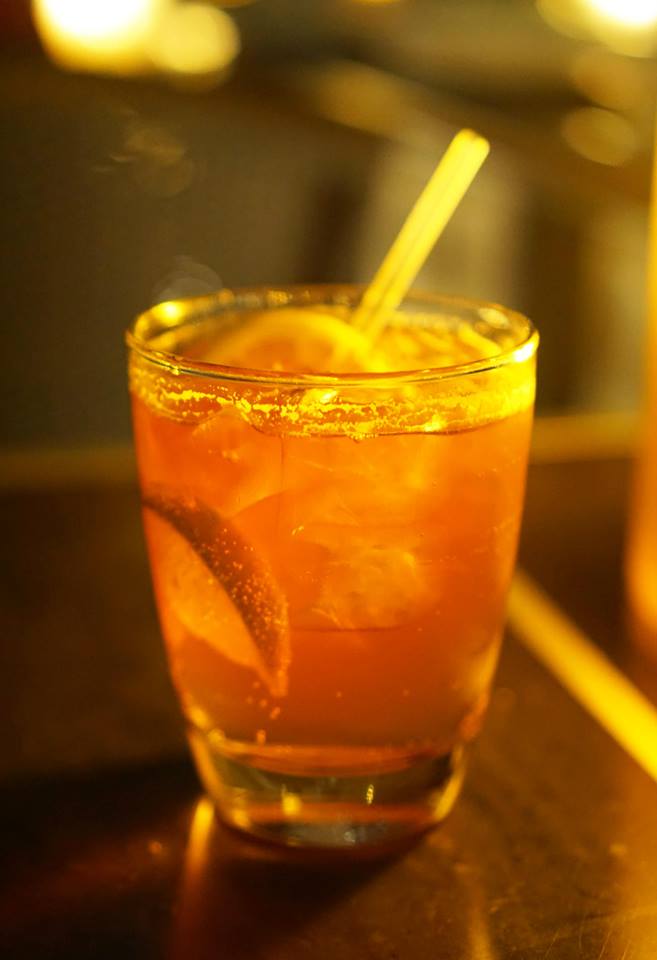 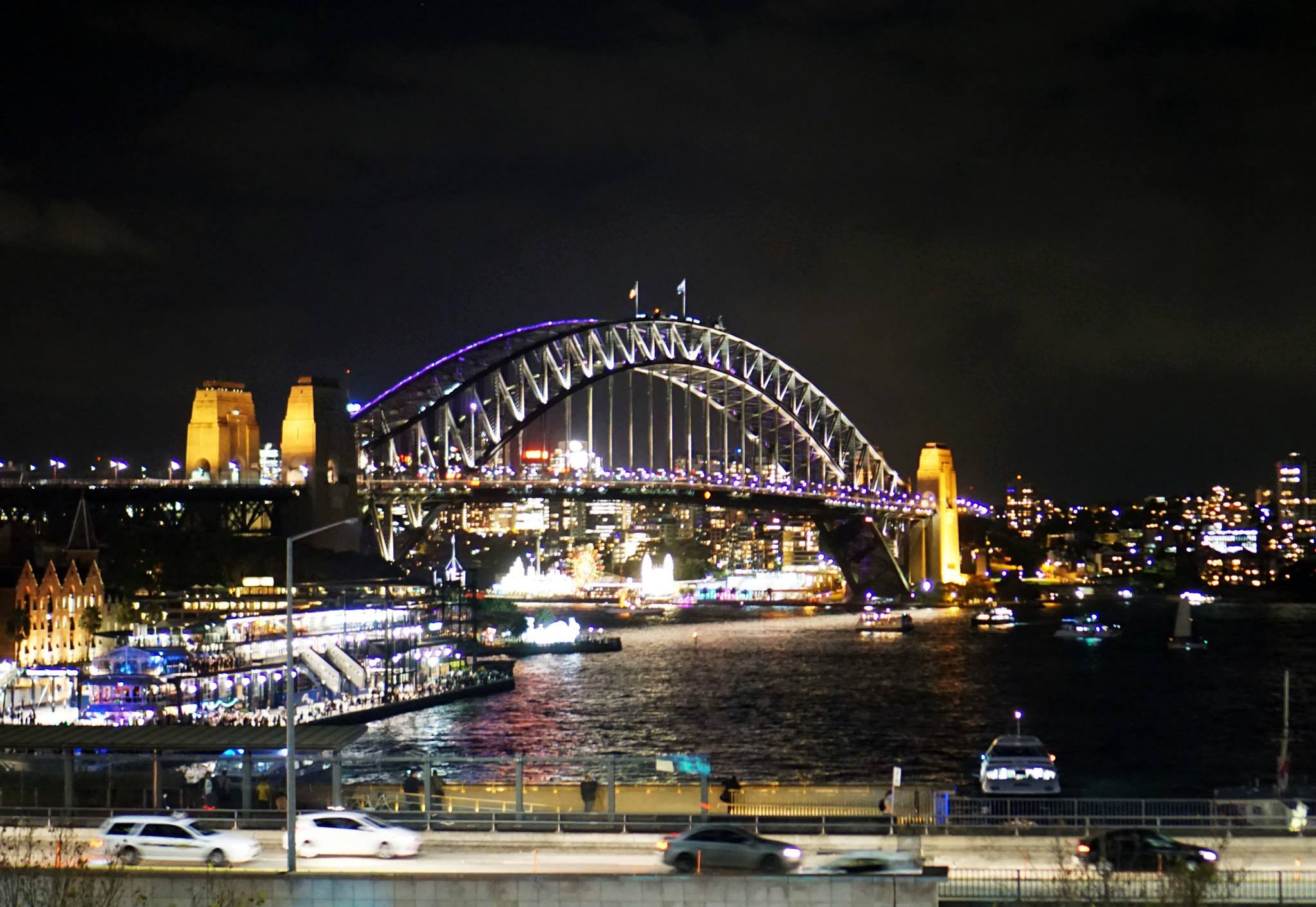 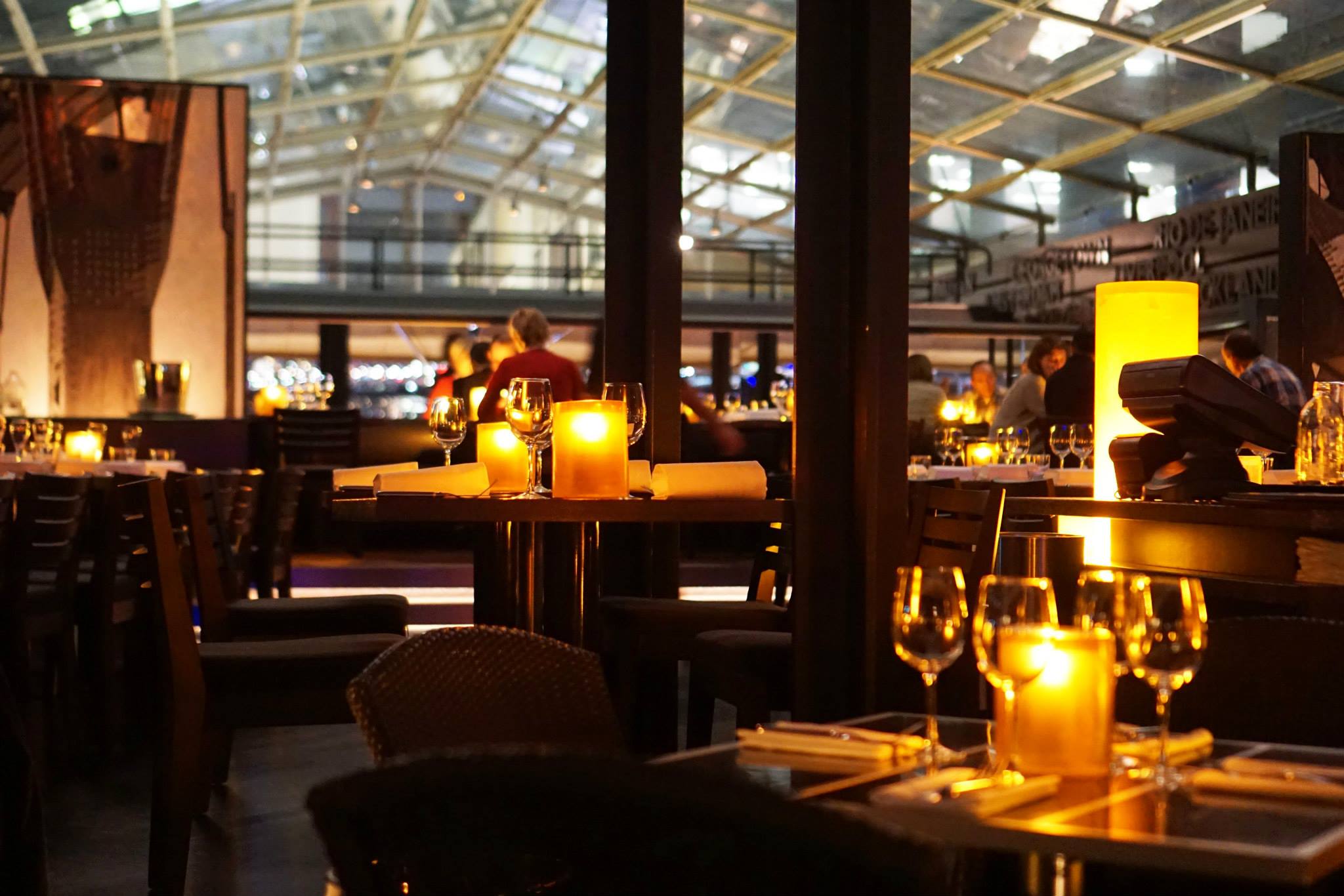 Although we’d heard so much about the desserts at Cafe Sydney we were unfortunately not able to eat much more and so decided against dessert 🙁 Considering how much we enjoyed the dinner we will definitely be back to visit and will make a point to have dessert next time!

Cafe Sydney is quite pricey but in my books certainly worth the money, I honestly don’t know how they haven’t been awarded a chefs hat award as the food is definitely up there in quality. Thinking of a dinner to celebrate something special? Head to Cafe Sydney and I guarantee you won’t be disappointed.