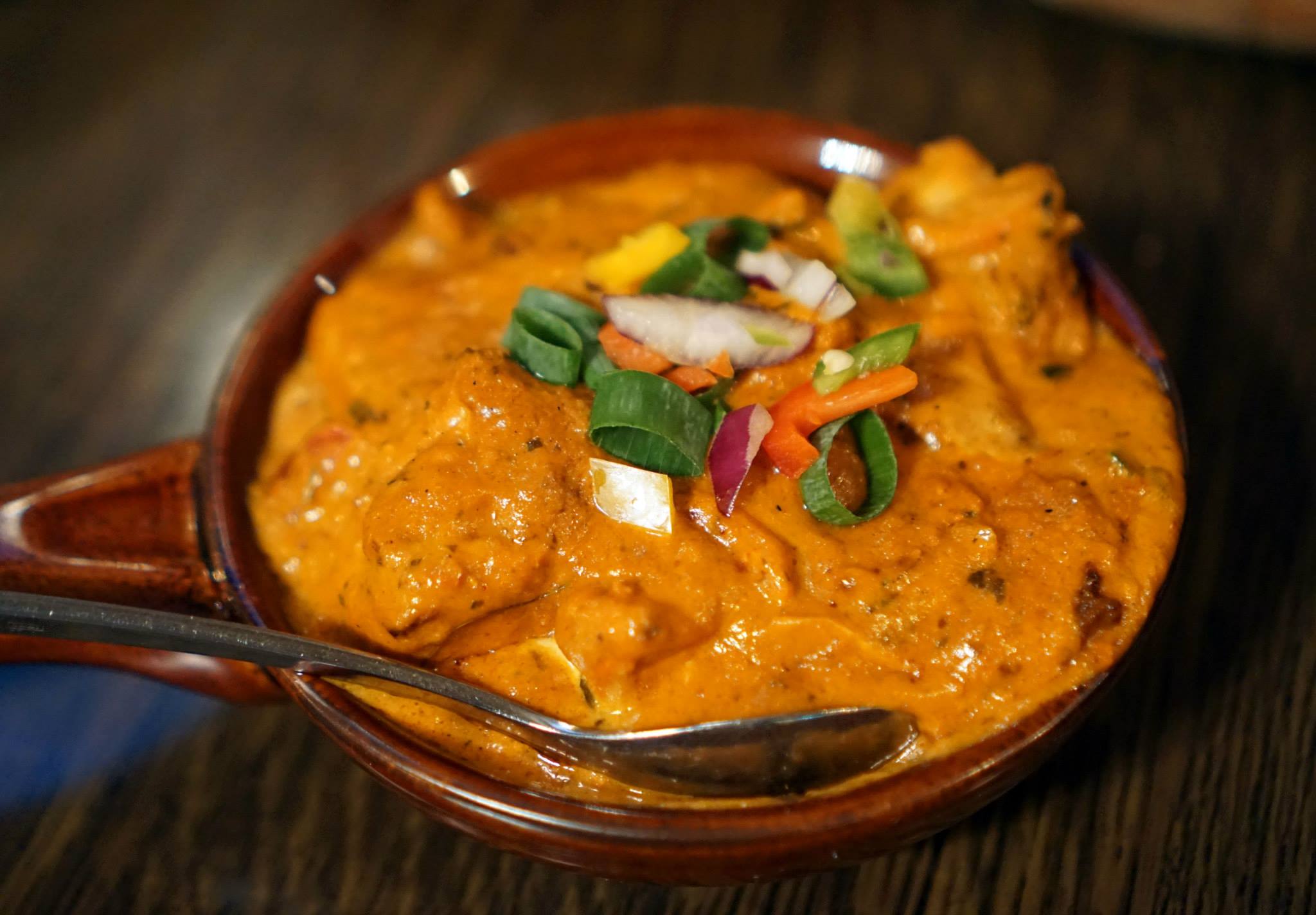 Earlier this year we visited The Colonial restaurant in Darlinghurst, we love that the whole inner eastern suburbs area has become such a hotspot for all kinds of food. The Colonial is an Indian restaurant with a bit of a British theme going for it, there are British mementos all over the walls including imagery of London tube stations and the iconic red double decker buses which brought back memories of our Europe trip.

Having just returned from our trip earlier this year to London, we found that chicken tikka masala is supposedly one of the most popular national dishes. We opted for this over the typical butter chicken because chicken tikka masala is actually one of my favourite curries, the great combination of yoghurt, spices and herbs make for a really tasty dish. 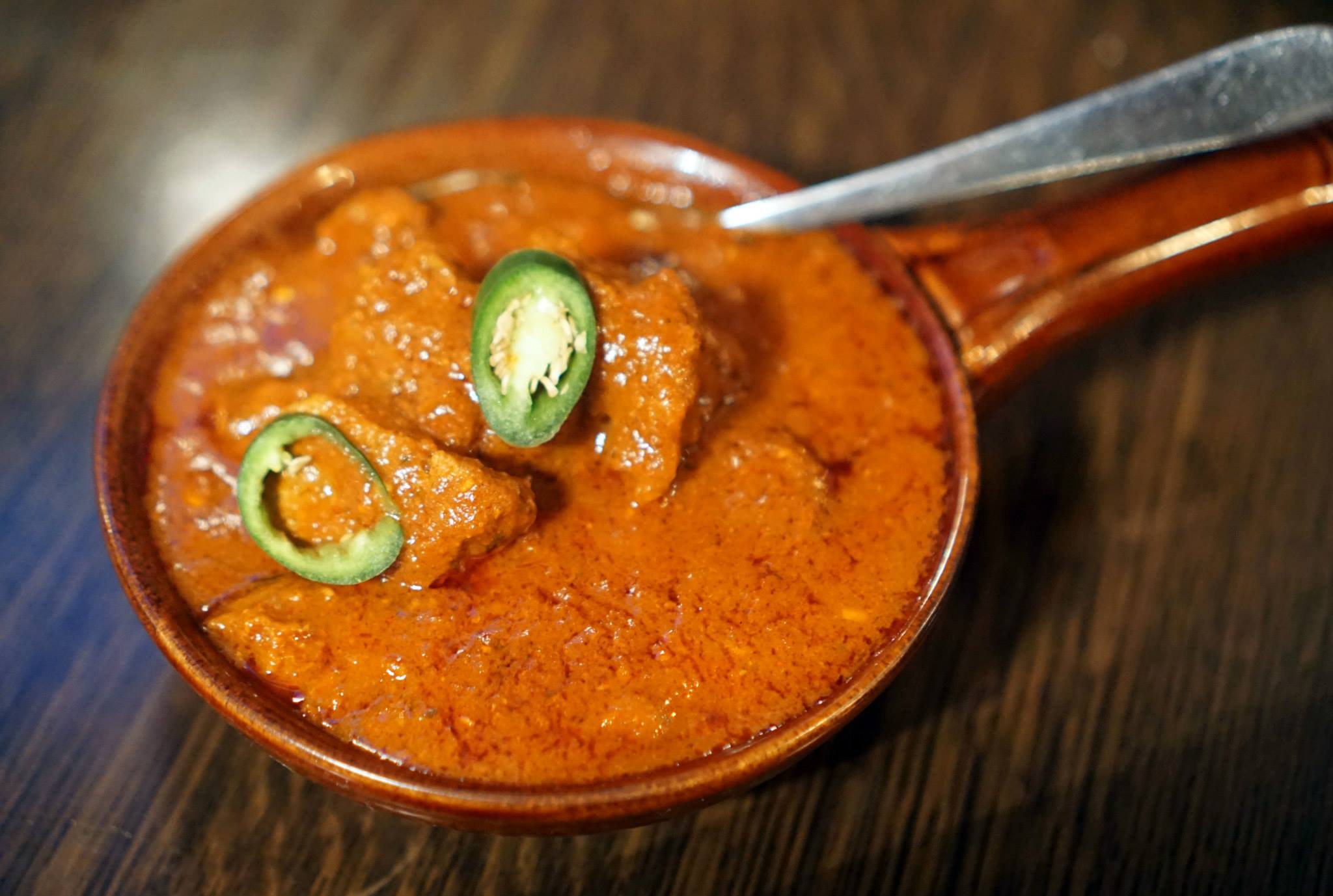 I have to admit I’ve never quite had a beef vindaloo that was as spicy as this one. Neither of us were complaining really but the spice was a lot more intense than expected at first and it wasn’t until a few spoonfuls in that our taste buds adjusted and we were able to start enjoying the curry taste. 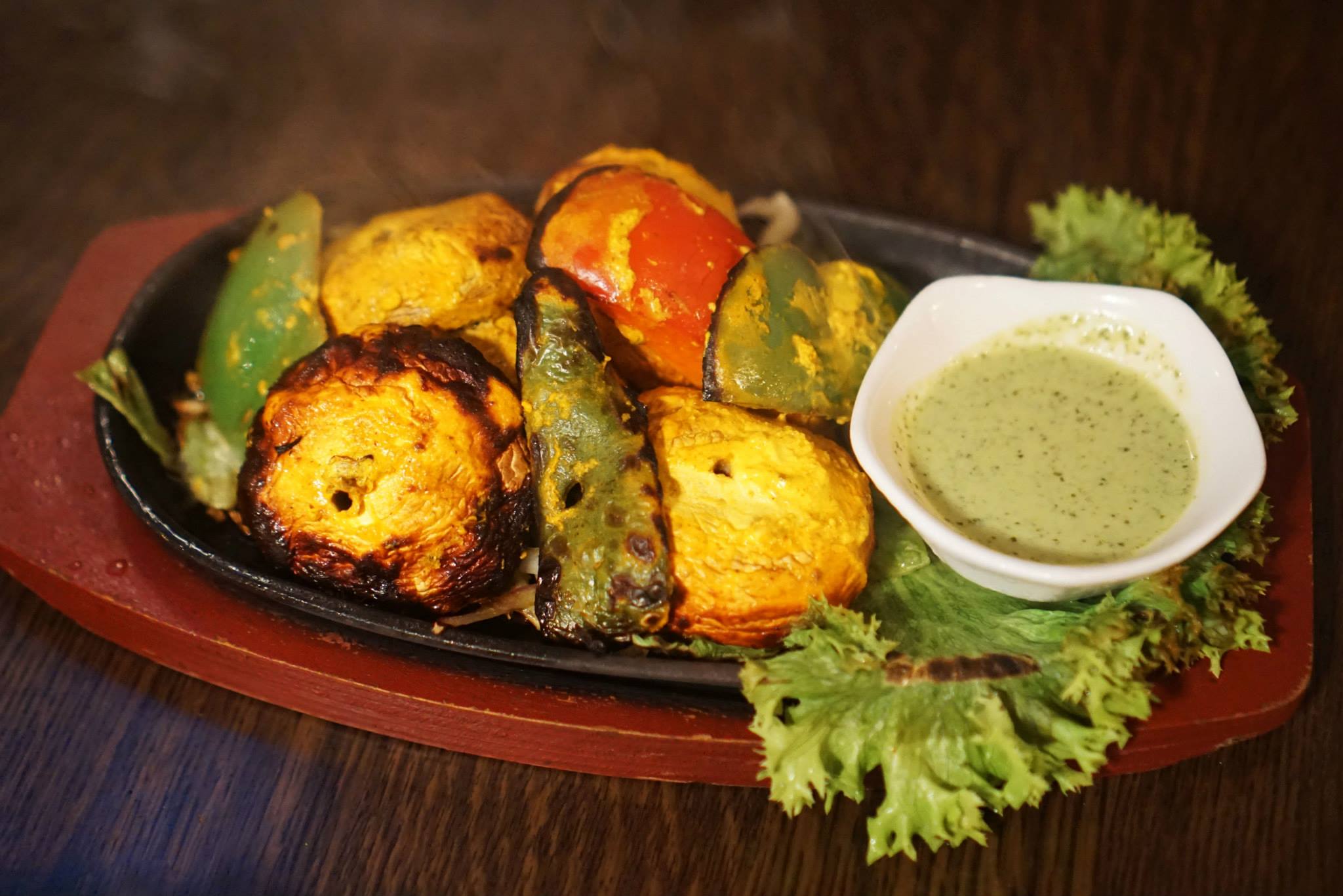 Tandoori mushrooms were something a little bit different, the restaurant bills itself as an Indian restaurant that offers ‘tapas’ style dishes and I believe this one was of those tapas dishes. The mushrooms were cooked well and were a great side dish to go with the curries but otherwise relatively average. 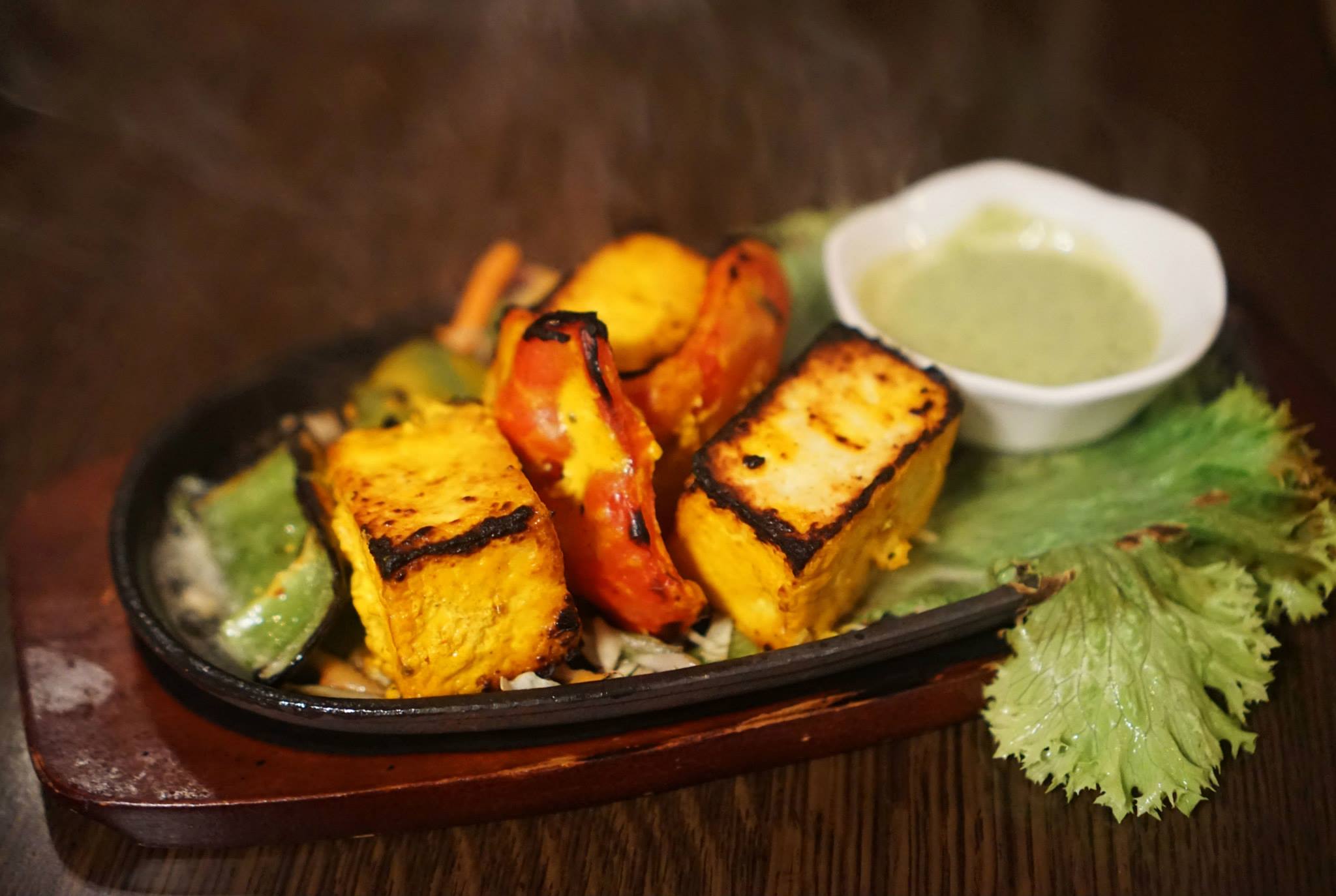 I’ve always been quite a fan of paneer and we haven’t had any in months so when the option of paneer tikka came up in the menu this was an easy pick. We found that the mint sauce which accompanies the dish went best with this, the cheese itself is quite flavoursome and has a nice firm and chewy texture. 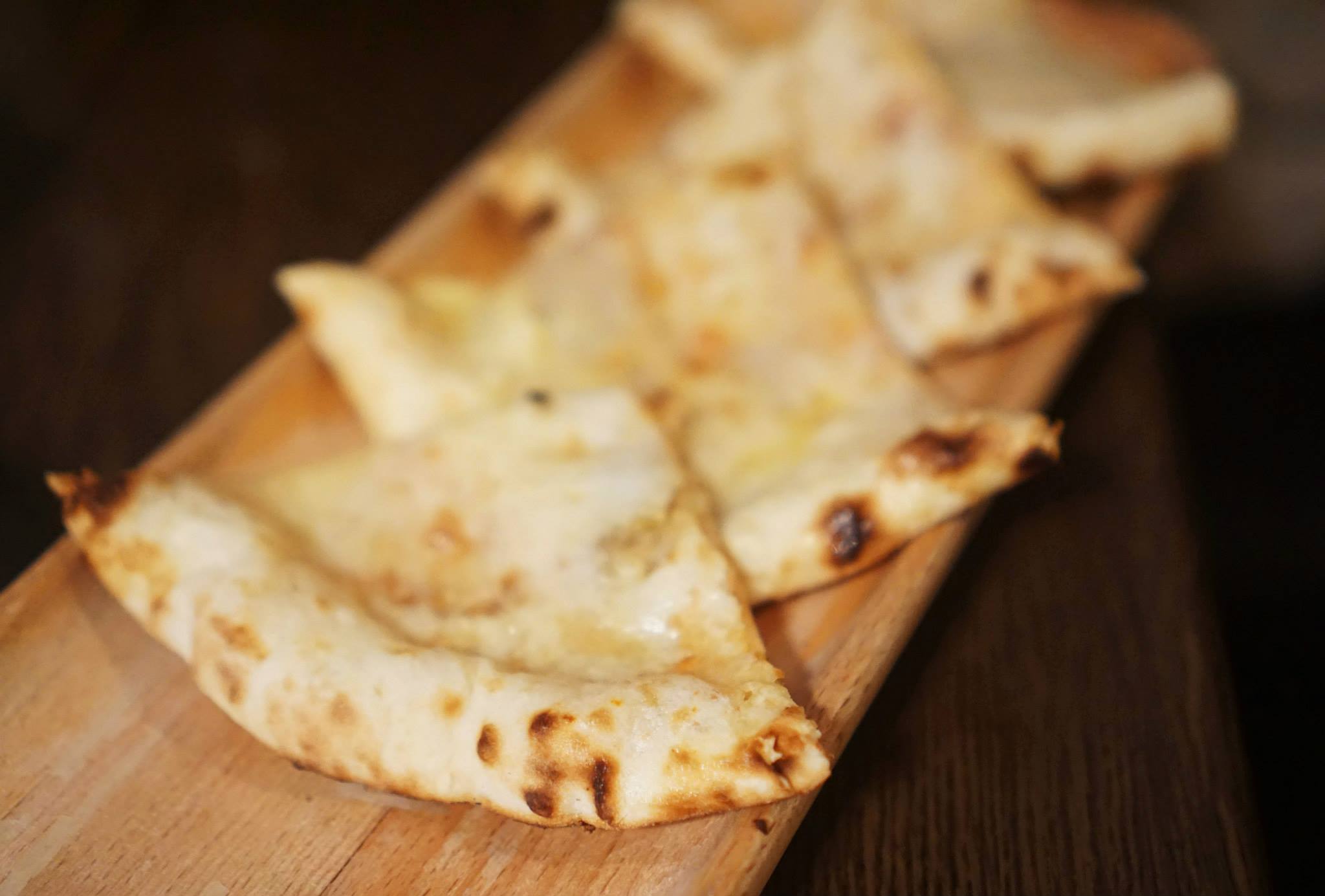 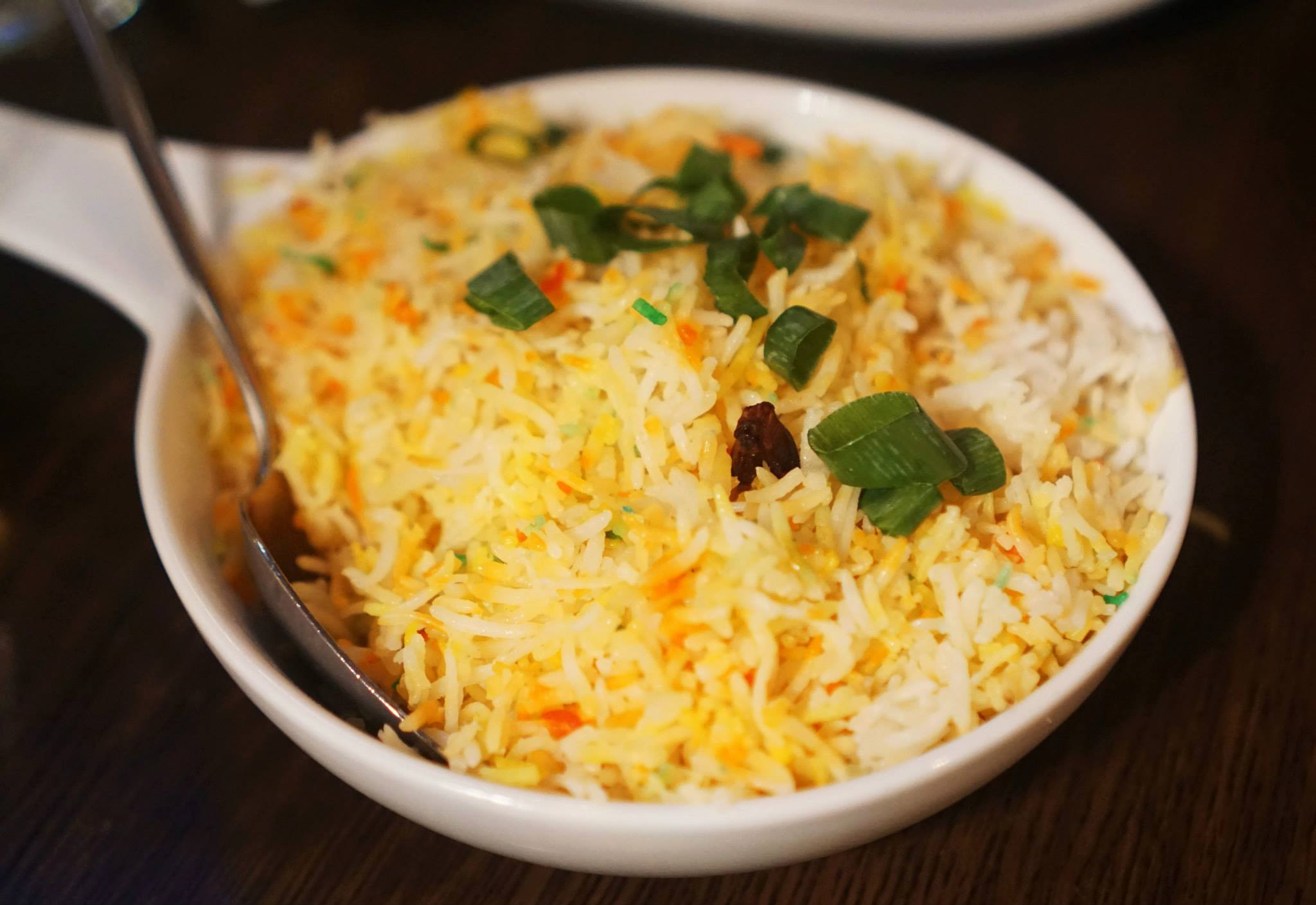 To accompany all the mains we had a combination of both naan and rice. The garlic naan arrived first along with the mains and we enjoyed the fluffy pieces of garlic flavoured bread dipped in curry. The rice was a bit different from the norm as it’s Pulao rice which is biryani cooked along with various other ingredients, I did notice a star anise in there which was interesting! 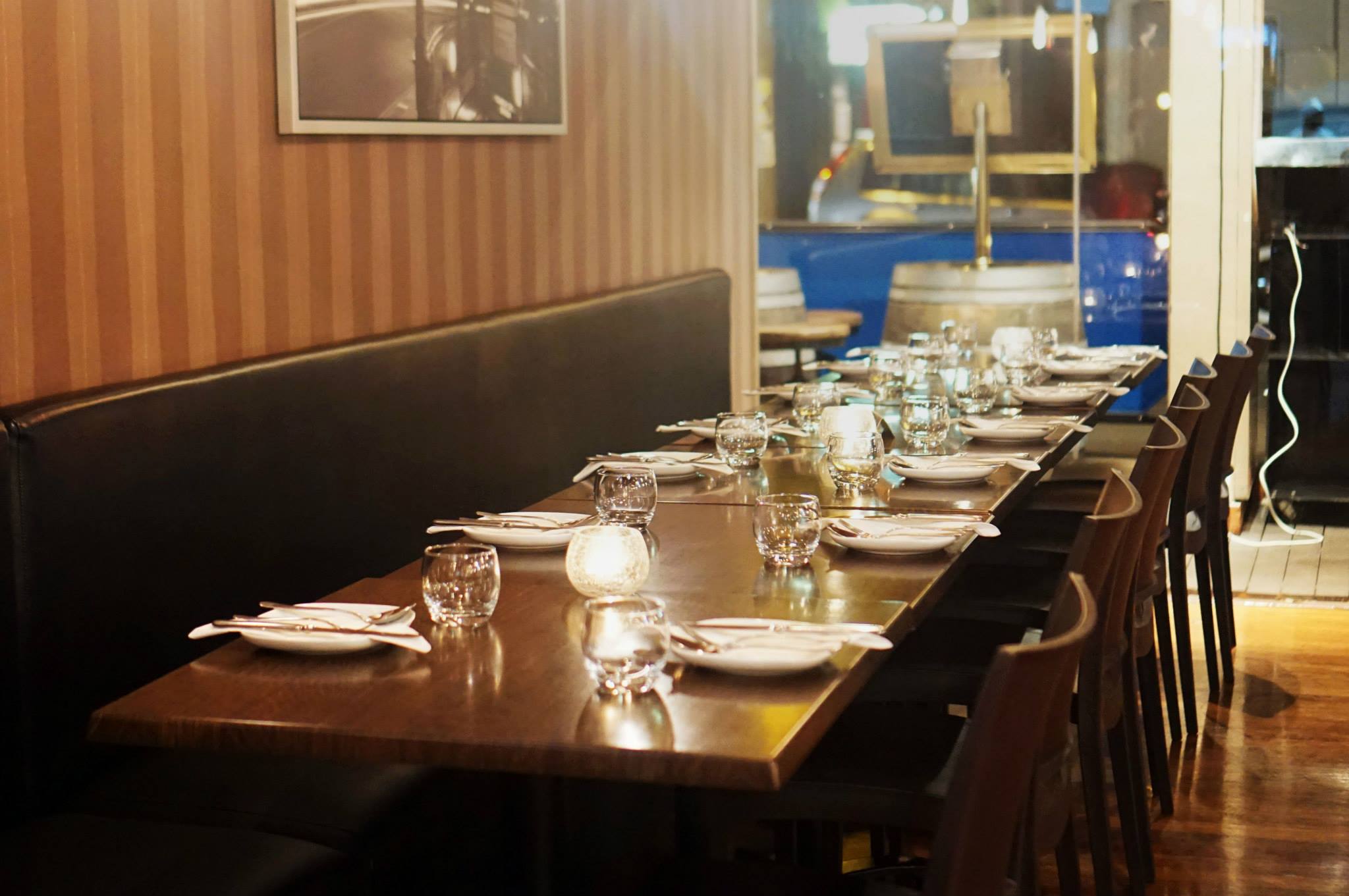 We’re  not quite experienced with South Asian cuisine so it’s difficult to compare but I would say it was a decent value meal at under $30pp. Overall a nice meal that left us very full and struggling to make our way home, the restaurant wasn’t too busy during the week but on weekends I would imagine it’s bustling.

Mr C & Miss K dined courtesy of The Colonial. All views and opinions expressed are ourown.