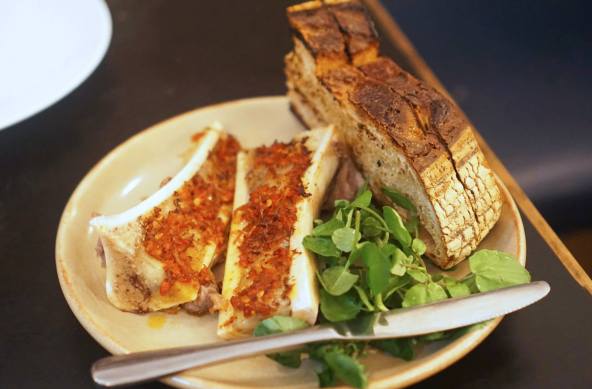 Just a month ago, Ester was crowned best new restaurant in the Good Food Guide 2015 and also won two coveted chefs hats in its debut year. I was tossing up between Cafe Paci and Ester but this sealed the deal and a booking was made for a few weeks later. It’s been a long time since I’ve enjoyed a restaurant so much that I wanted to return immediately the next day, definitely recommend it!

This was one of the more interesting dishes we had during the evening. A lot of others have recommended ordering the bone marrow if it’s available on the menu, luckily for us it was and I have to agree it’s something everyone should try. The dish itself is served with toast which you spread the bone marrow and spicy XO sauce over, very distinct in texture and wonderfully flavoursome. 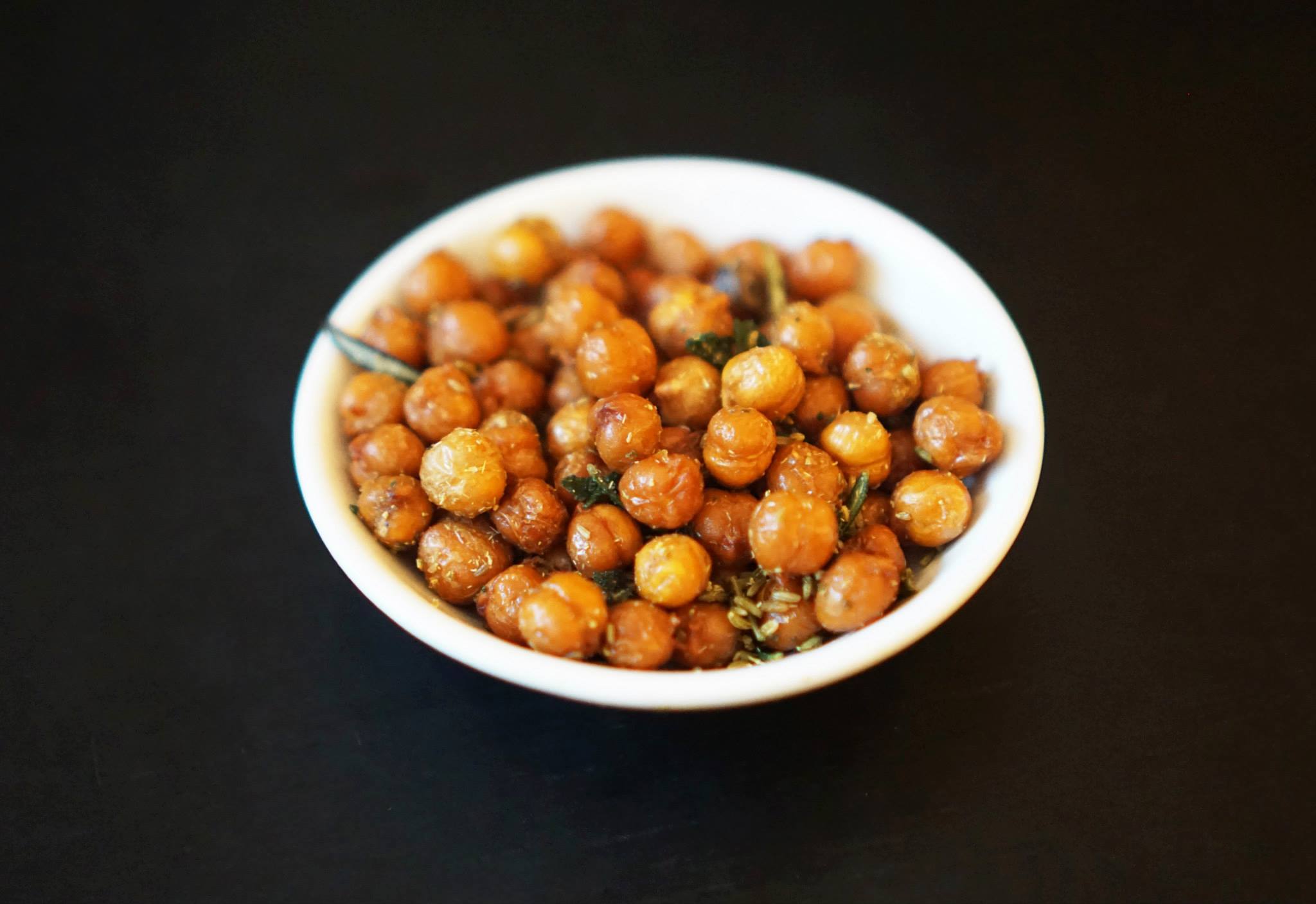 These complimentary little fried chickpeas with a hint of rosemary were dangerously addictive. Quite an interesting and tasty snack to keep us going in between the other dishes and when we first arrived. 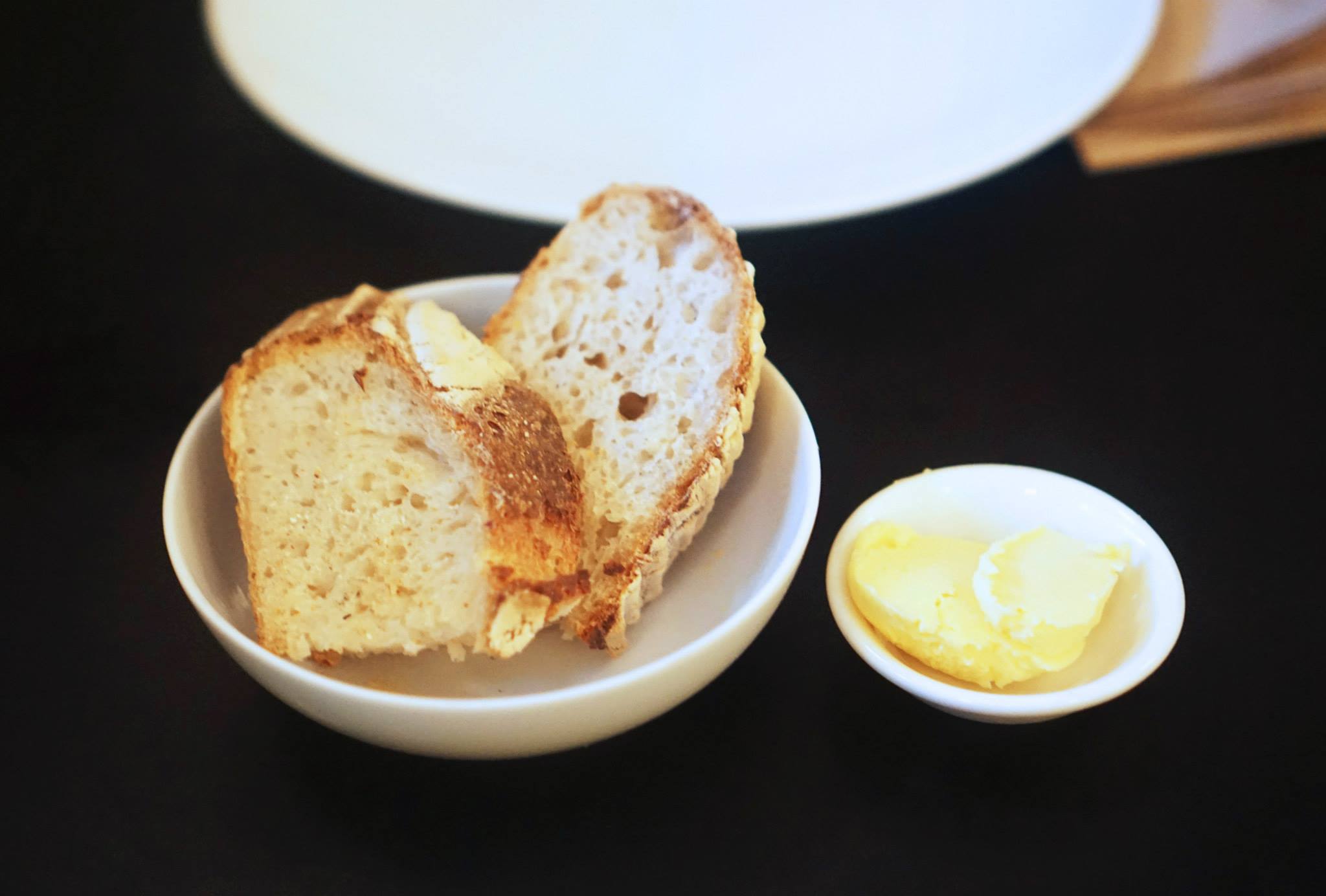 Those that know anything about Ester will probably have heard that the wood fired oven is the centrepiece of the kitchen. The house bread comes out freshly baked from the oven and is served while still warm, a really nice touch and definitely unique. They even churn their own delicious butter! 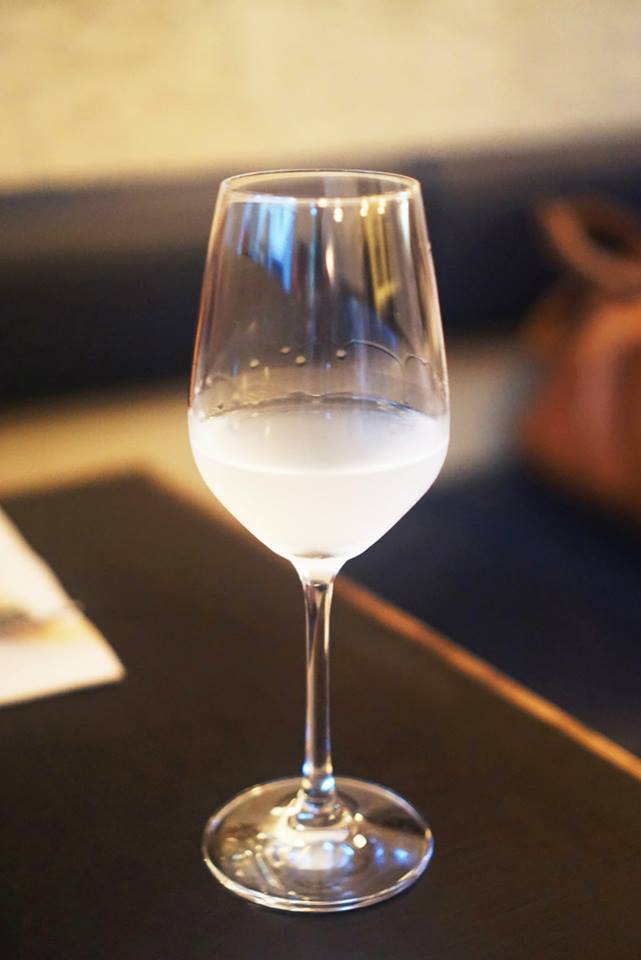 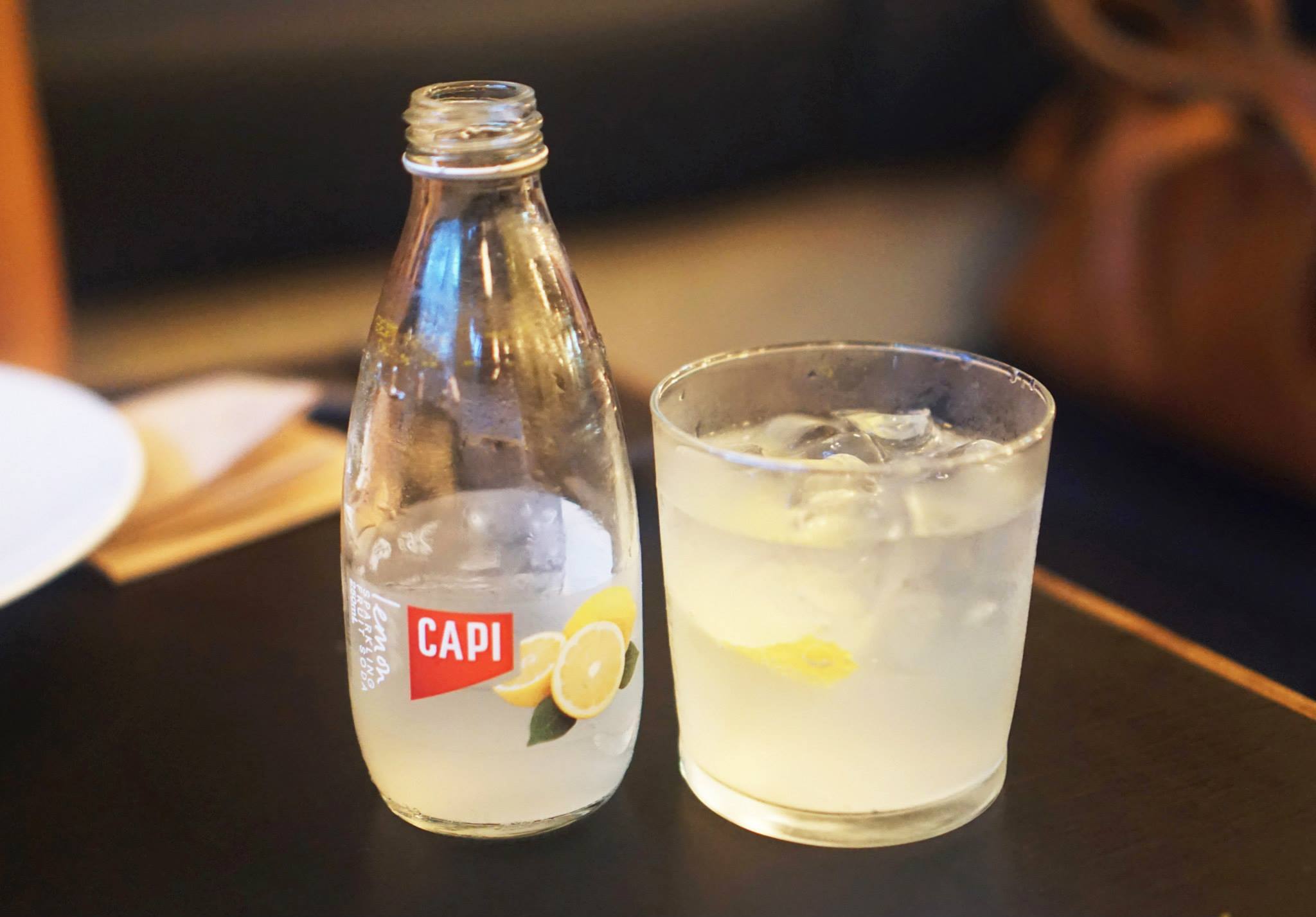 Having had an epic feast at Sake Restaurant just earlier in the week I found I had a sudden craving for sake. This interestingly cloudy sake recommended by the waiter was a good choice, very light with a great refreshing taste. Miss K decided she wanted to go with a lemonade, it actually turned out to be the one of the best bottled lemonades I’ve ever had – definitely tops San Pellegrino Limonata. 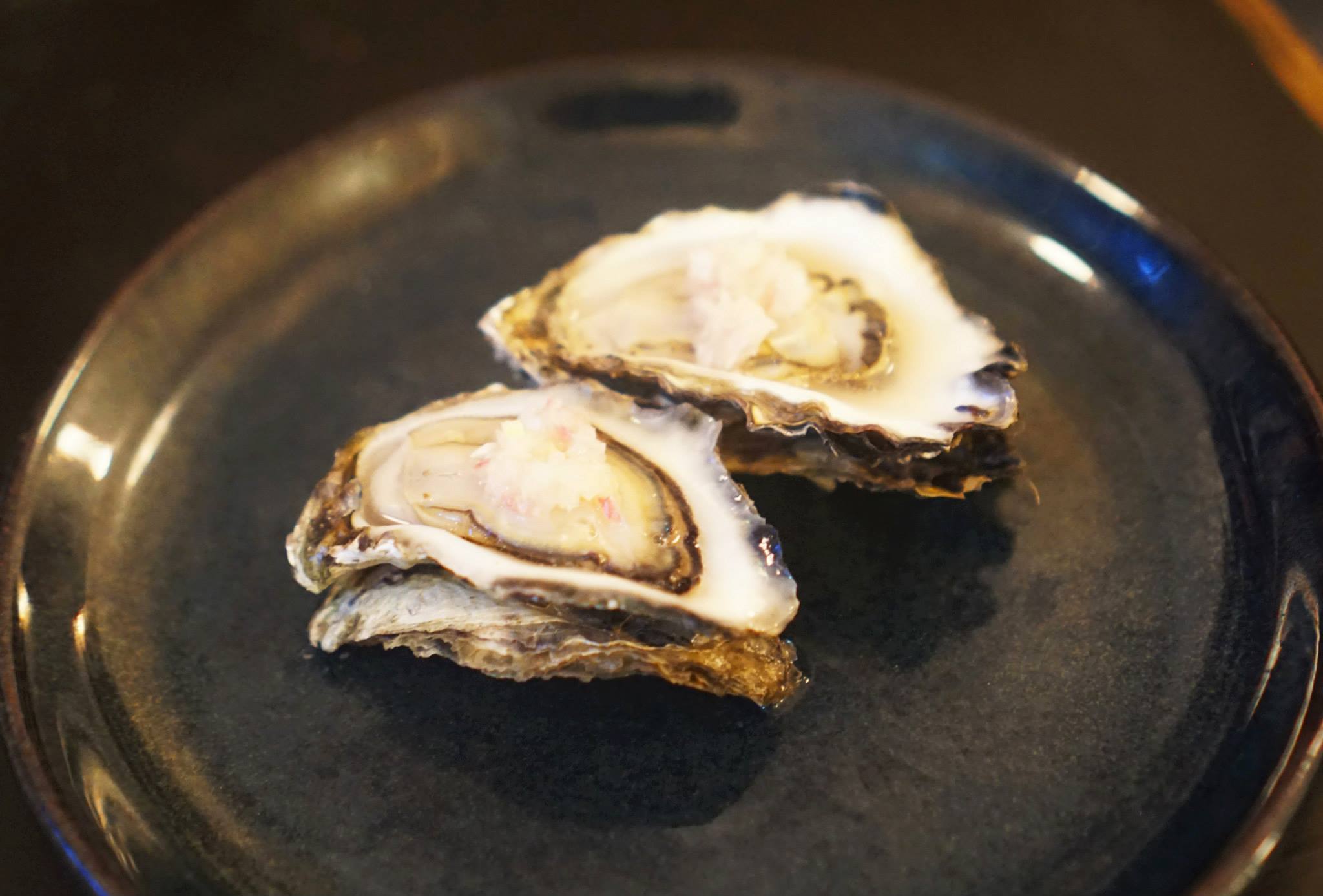 I’m not a fan of oysters myself but Miss K insisted that she order them because she normally goes for raw oysters. Judging by the look on her face and her feeble attempts to get me to try one I will assume they were delicious 😉 The oysters are cooked in the wood fired oven until they open naturally, no shucking! 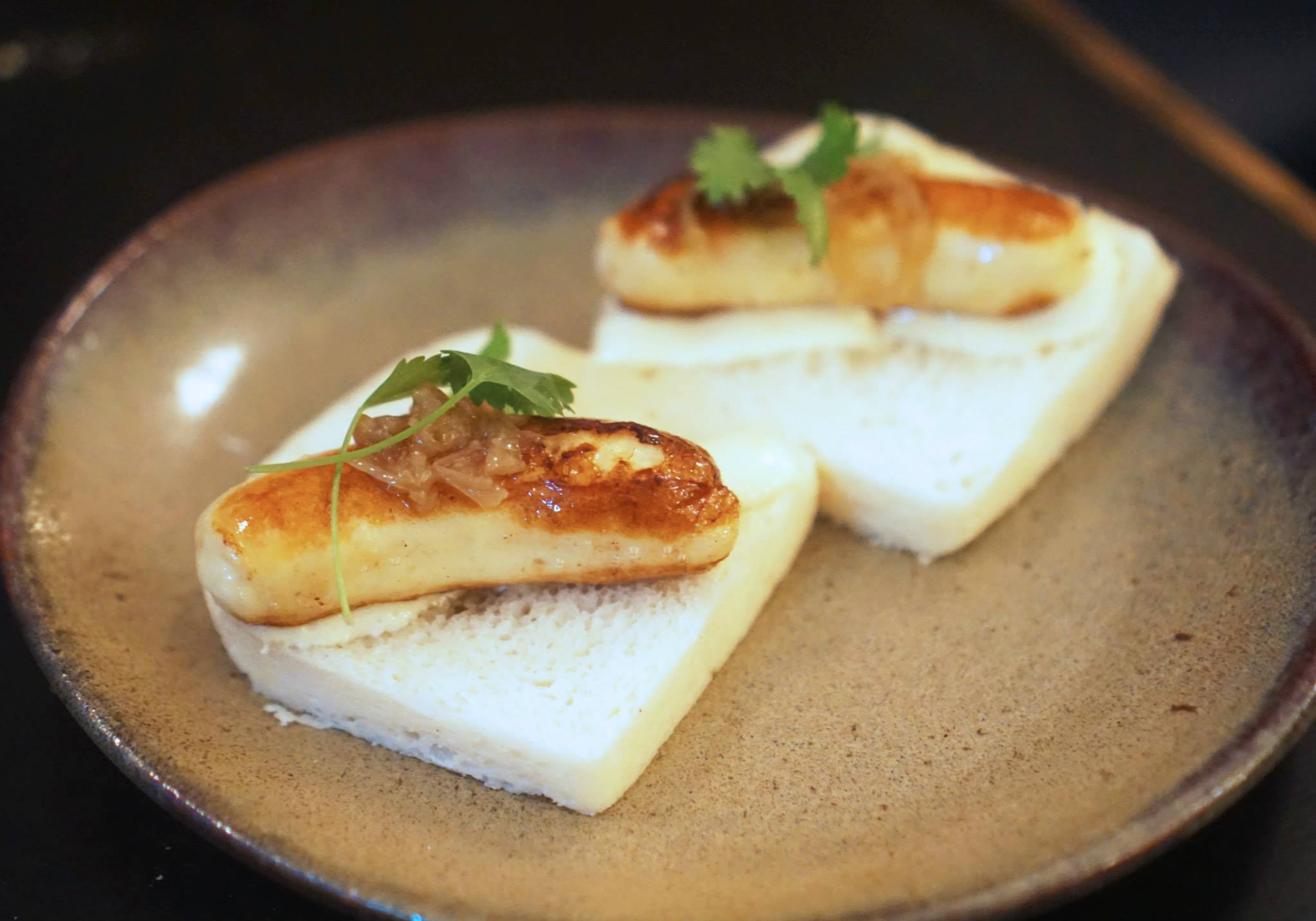 Definitely a highlight dish, I was a bit sceptical but decided to give them a go anyway. The sausages have a really odd texture that took a bit of getting used to but by the third bite I was already wishing I had ordered more simply because they were so flavoursome and had a nice smoky taste. The bread is steamed and is so soft it actually falls apart as you try to pick it up! 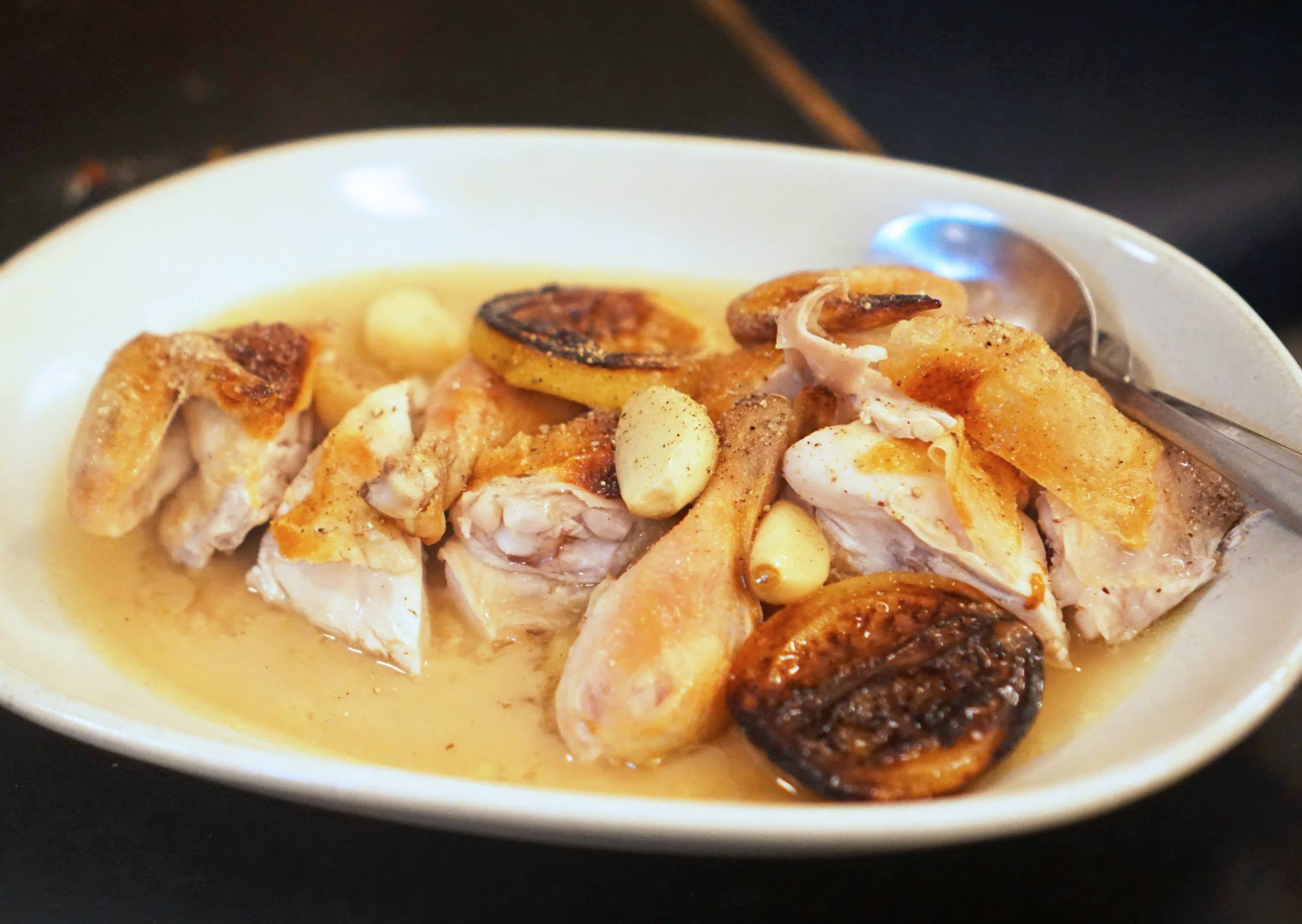 I wasn’t expect a whole lot considering it’s just chicken but I was proven so very wrong. Like the other dishes this was cooked in the wood fired oven, the chicken was just perfect but the garlic bread sauce is definitely what made this dish perfect. Each bite of chicken smothered in the creamy sauce and dabbed with the roasted lemon was so tasty and delicious, I actually can’t remember having a better chicken dish. 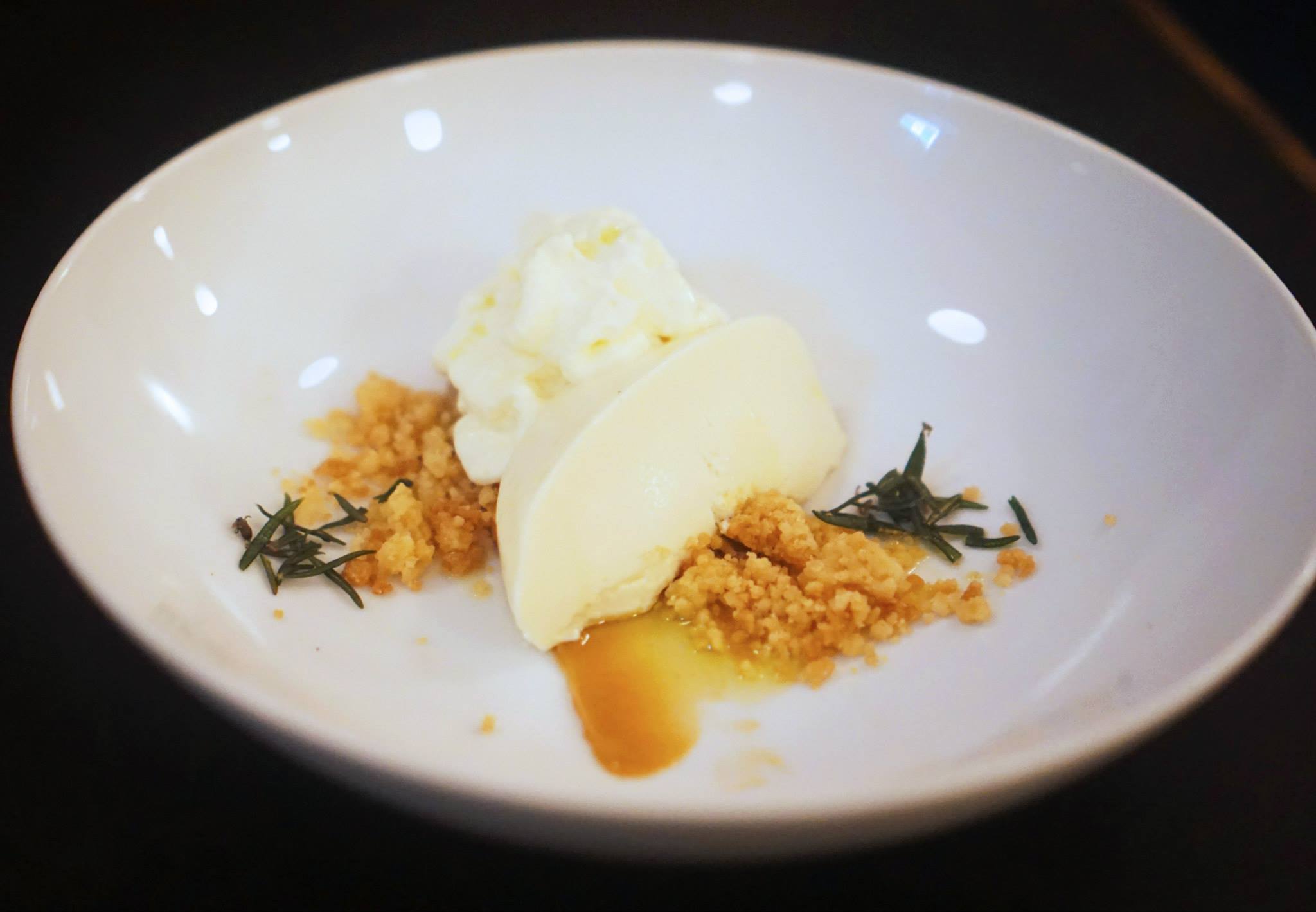 I’m normally one that prefers savoury dishes over dessert (I know right!) but considering this dessert was only $11 I thought why not? First impression was that sheeps milk yoghurt was really sour but I found that mixing everything on the plate together actually made it really delicious. The ‘three milks’ blend together really well and the rosemary gives it a really unique taste for a dessert. 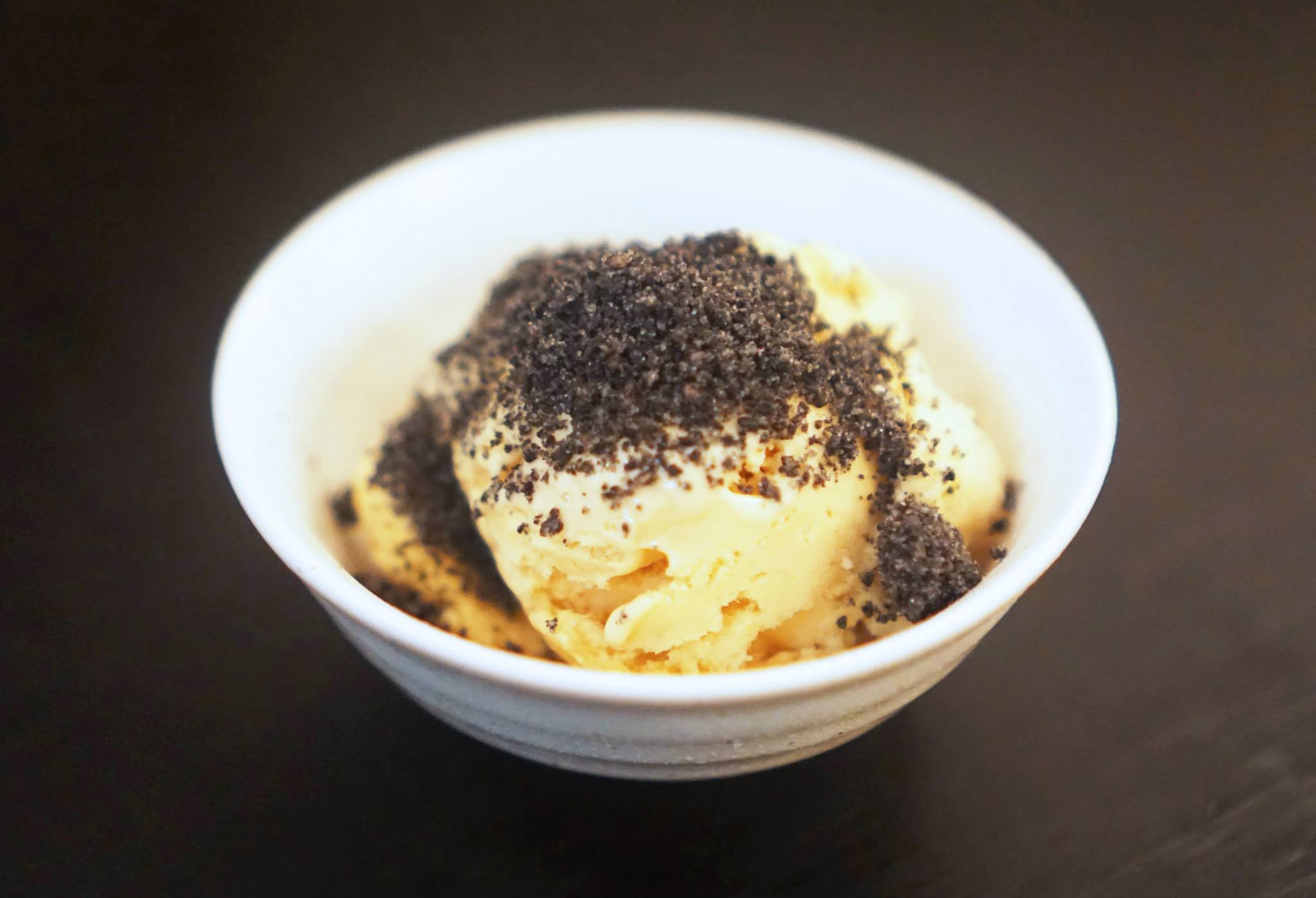 Although I normally prefer savoury dishes I would make an exception for anything salted caramel and ice cream related. Semi-freddo isn’t exactly ice cream (different texture) but is very similar and this $4 dessert was really good, I was surprised to find that black sesame and salted caramel go together quite nicely. 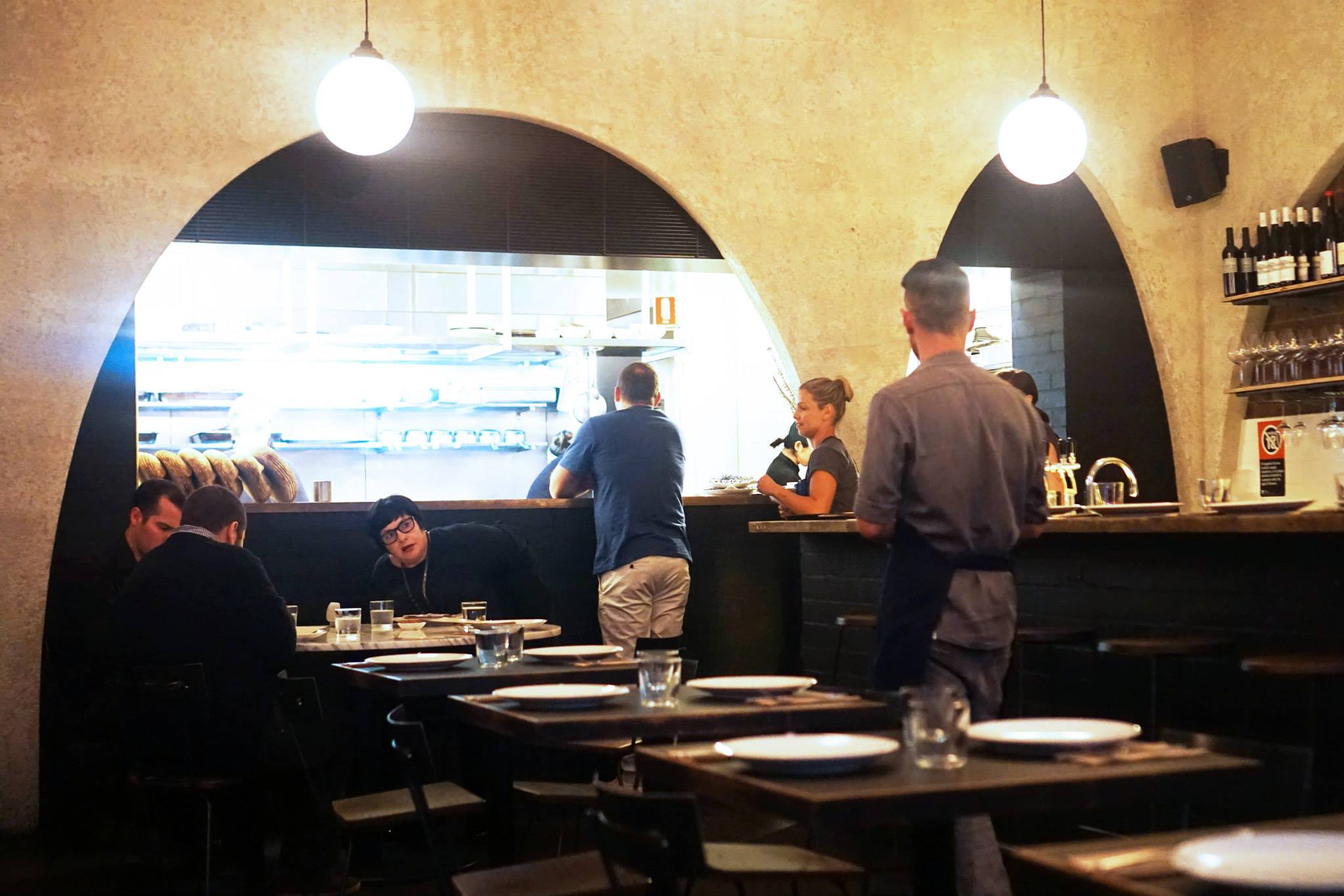 Thinking back on the meal I actually have a lot of difficulty picking my favourite dish. It’s not often I dine at a restaurant and really enjoy myself this much, every dish was not only unique but also tasted amazing. The restaurant itself has a character of its own with really friendly staff and a relaxed atmosphere.

If you haven’t already figured it out, I highly recommend checking Ester out. At less than 60pp including our drinks it was a relatively affordable meal and really really good value for what you get. The only slight downside would be the odd location in a gloomy Chippendale street.

Definitely heading back eventually to try the other dishes on the menu we missed out on!