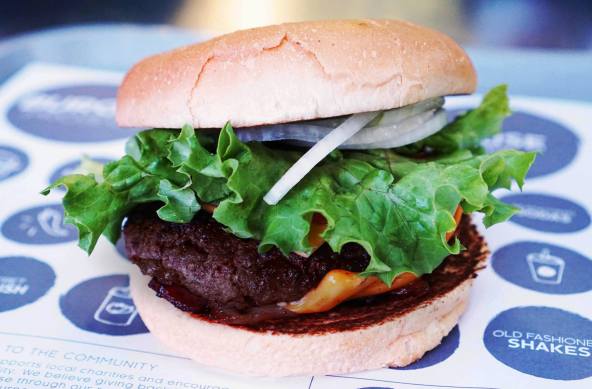 Burger Project has probably been the subject of blogs more than any other eatery in the past few months and I don’t think I’ve ever seen a more polarised opinion of a new restaurant in Sydney. This place certainly doesn’t need an introduction, if you don’t know much about it… click here.

Since I was visiting with some work mates, my opinion will only really be valid for the one burger I tried, I decided to go with the cheese and bacon which seemed like a relatively classic burger. First thoughts were that it was good (love the meat patty and bacon) but I was hoping it would wow me and it didn’t. The main point for me which is more of a preference thing is that I prefer brioche buns and more mayo in my burger. 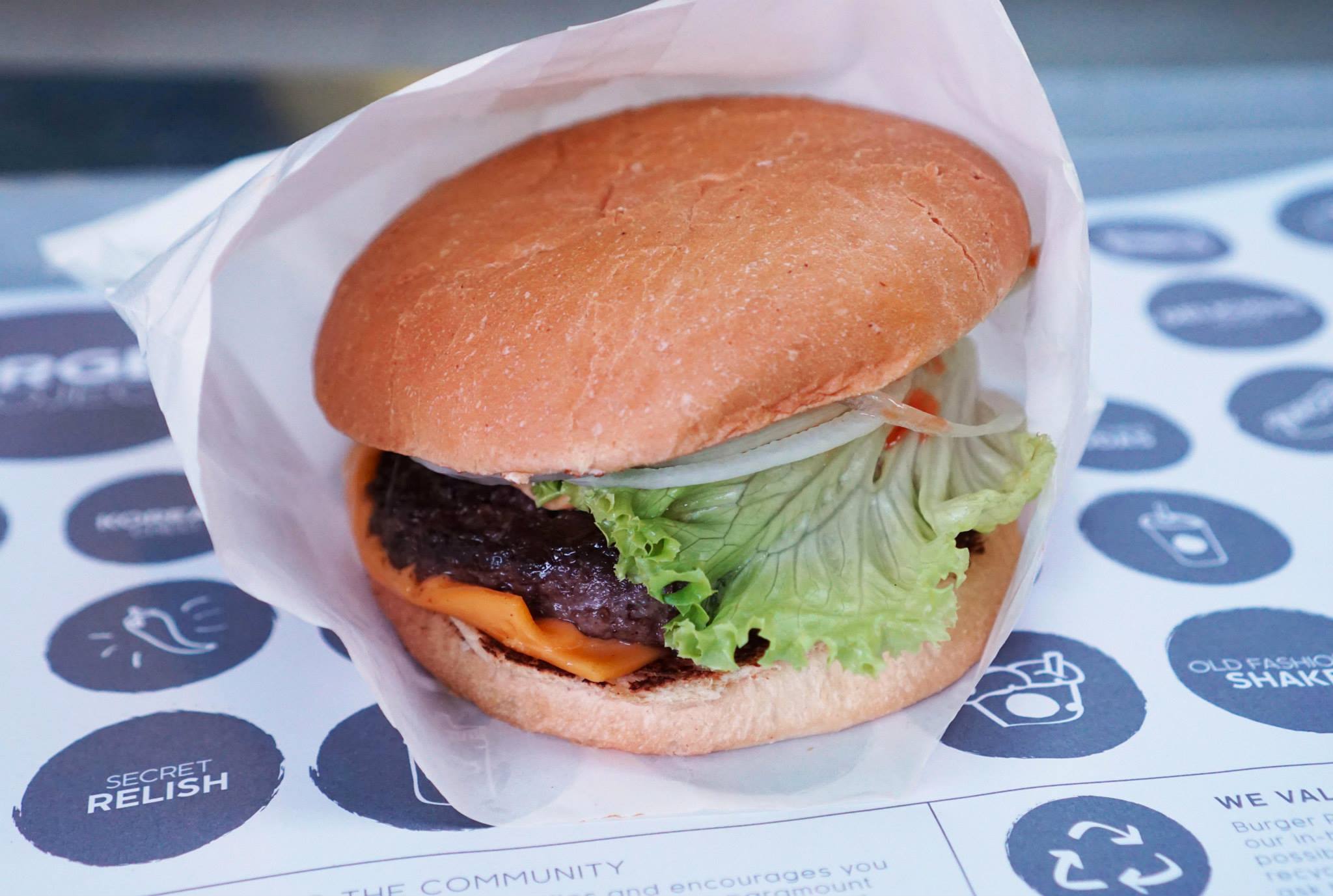 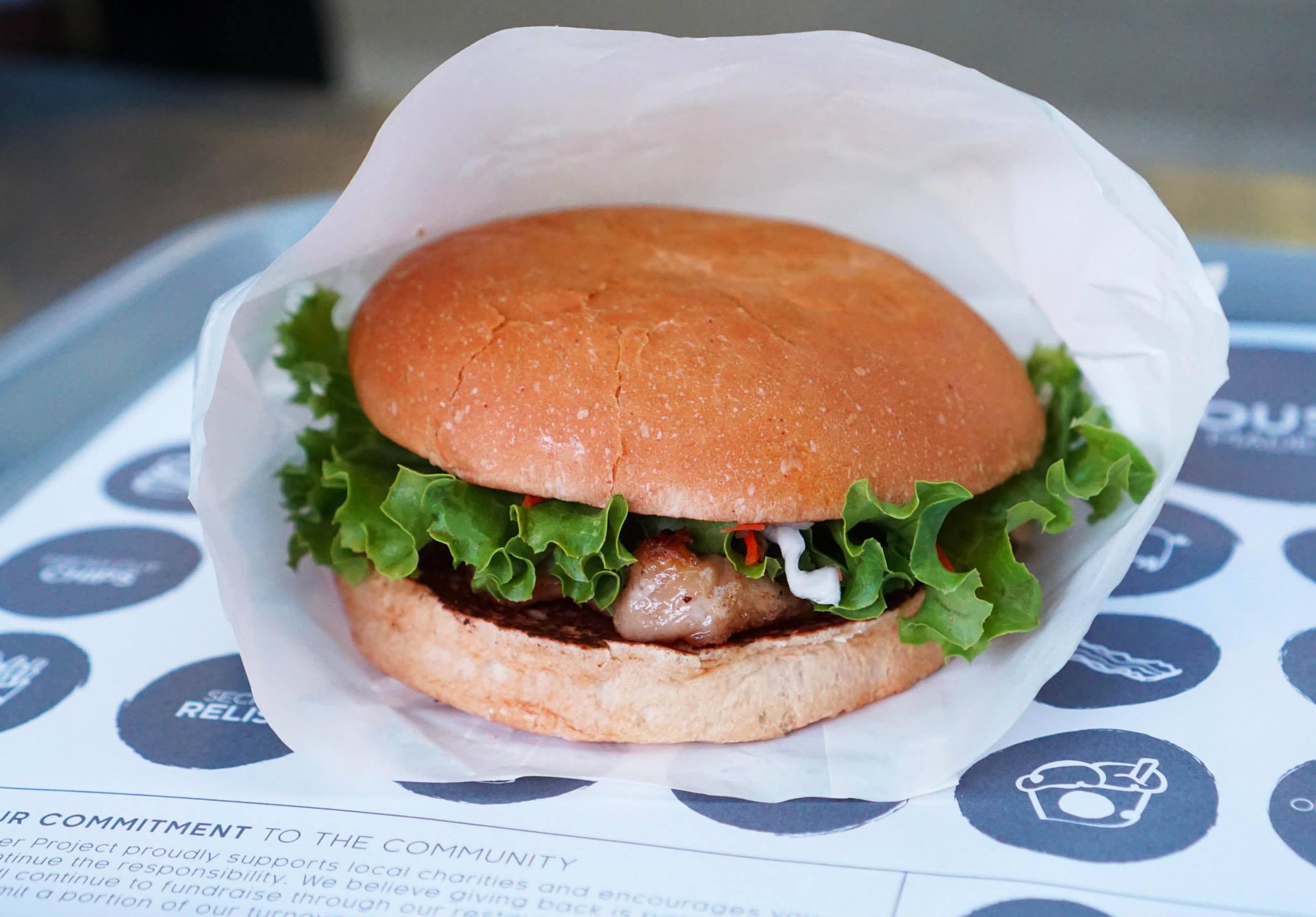 “It’s good, but its got nothing on Chur Burger” – S Masri, Burger Connoisseur

The same thought seems to have been echoed by  my colleague who loves burgers. That being said we would both happily visit again because by no means are the burgers bad at all, just don’t come in with huge expectations.

The menu here is relatively simple, the main burgers on the menu all have the same bun, lettuce, onions, pickles, tomato and sauce. The name of the burgers generally signal what the different ingredients are so it’s pretty straightforward what you’ll be getting when you order. 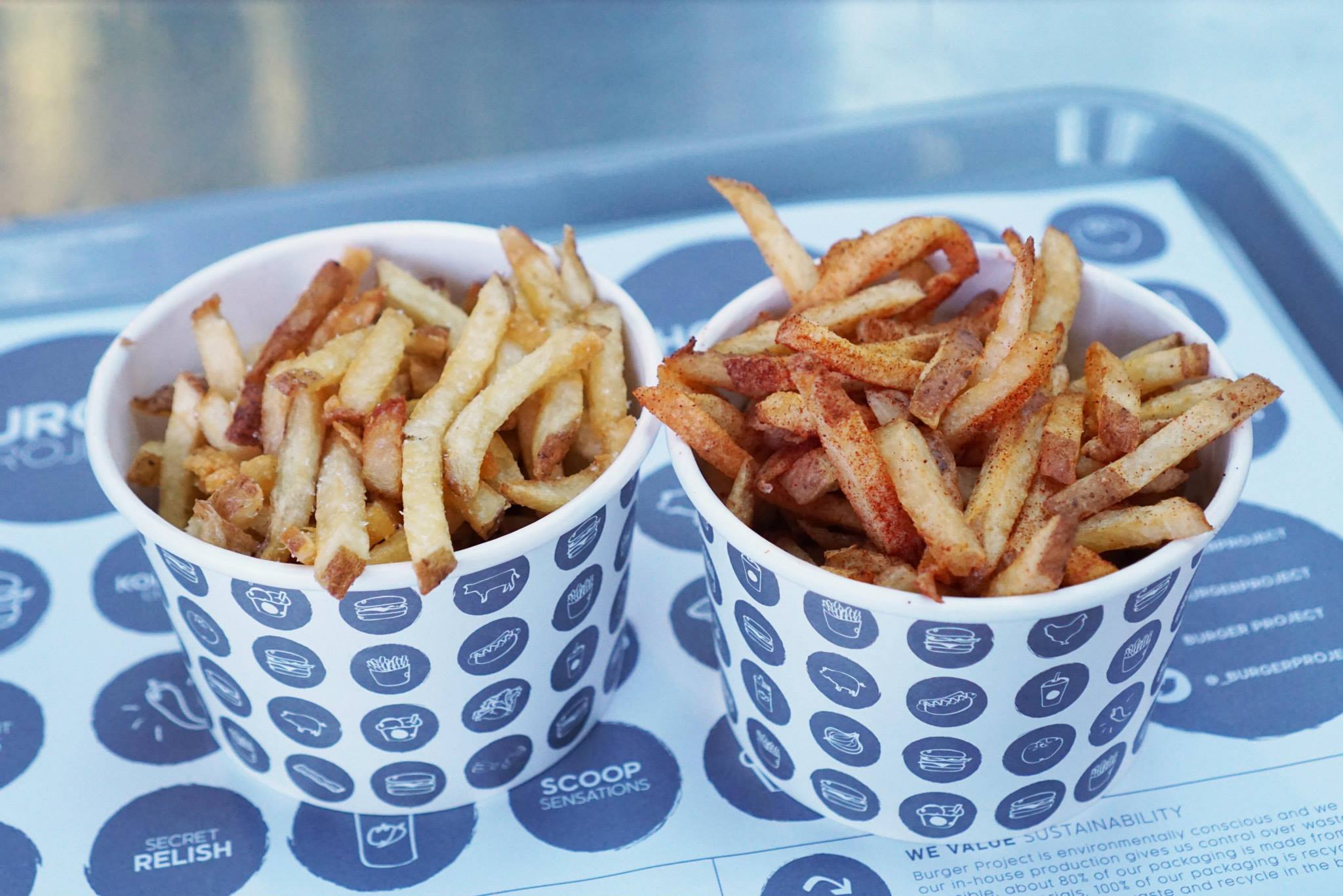 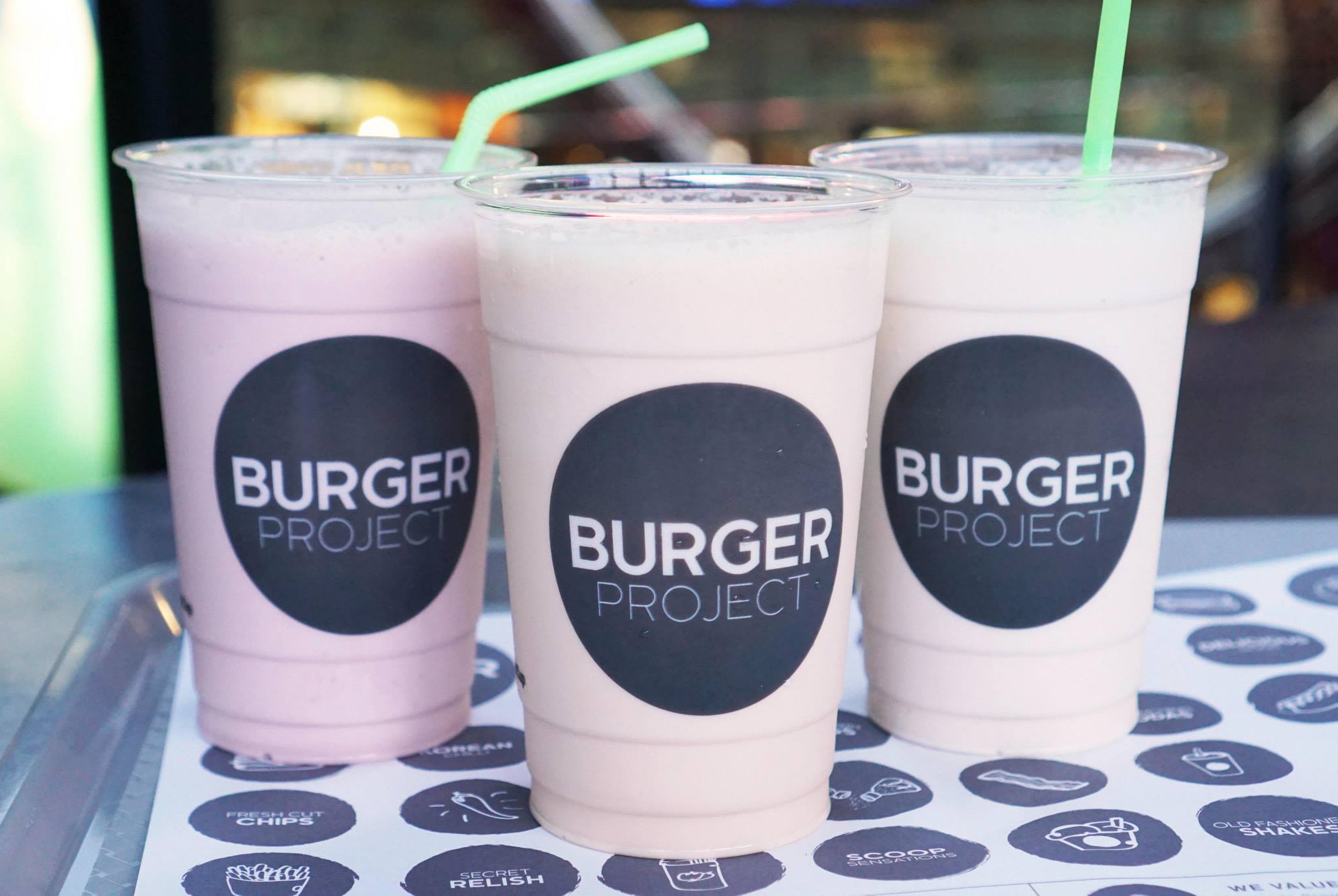 The fries also seemed to be a bit of a debate with some saying it was too soggy and others saying it was amazing, they were kind of average and nothing out of the ordinary. As an extra side I also tried the dulce de leche milkshake because it’s the closest I would get to salted caramel. The milkshake actually turned out to be really good and I would visit again just to have try another. 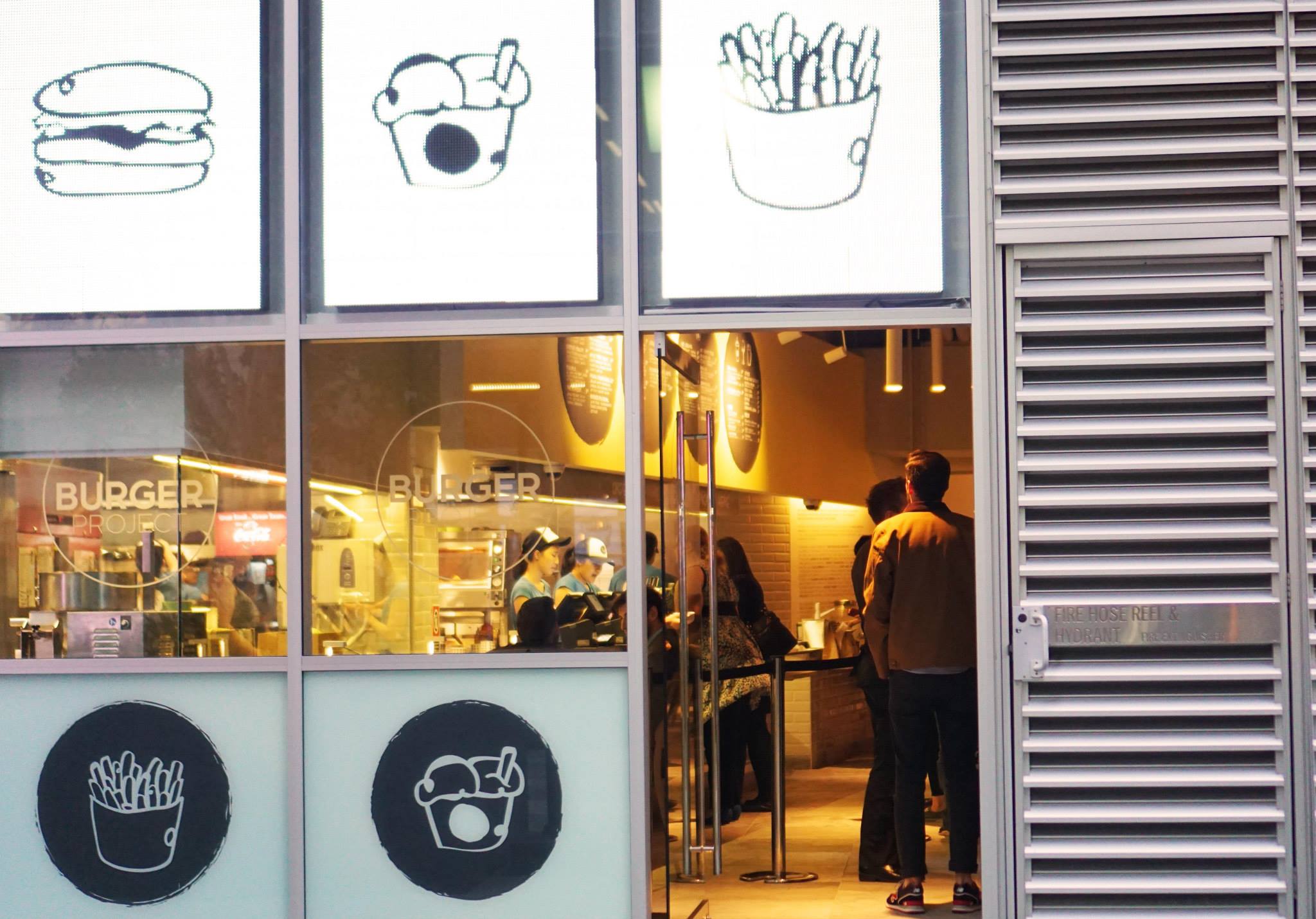 In the end Burger Project will be busy simply because of the Neil Perry brand, I feel that people had some really big expectations and it turned out to be less than what they expected in the end. The burgers are actually quite decent and a lot better than the average burger joint but a lot of disappointment ensues when it doesn’t live up to highly inflated expectations.