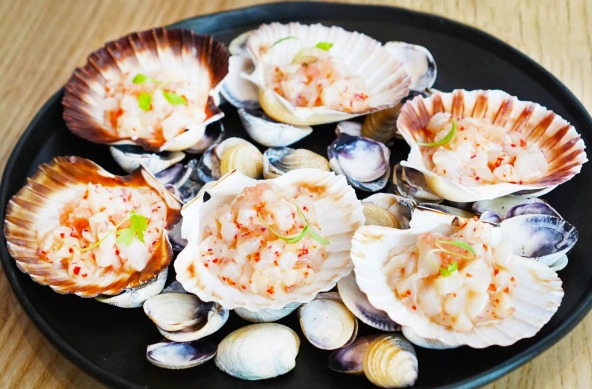 One of the best restaurants I’ve been to all year would certainly have to be Nomad in Surry Hills. This contemporary Australian restaurant serves up amazing dishes with a Middle Eastern flair, the quality of food and popularity just goes to show that they’re doing a very good job with the menu.

Everyone on the table raved about the scallop tartare, I usually don’t enjoy raw scallop much but the salsa and scallop combination actually blew me away. Absolutely delicious and the ingredients used were fresh. 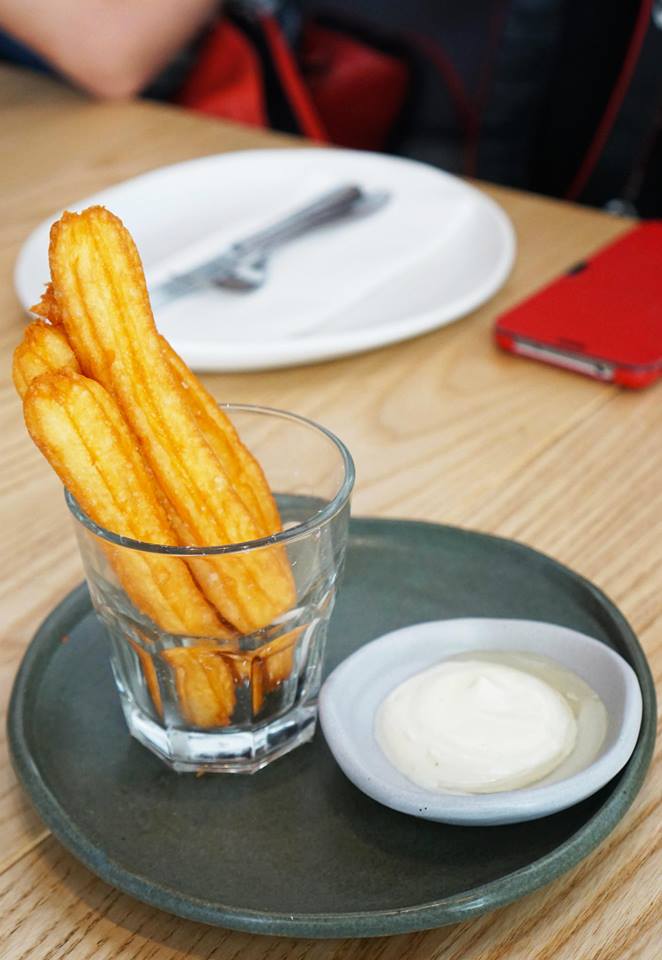 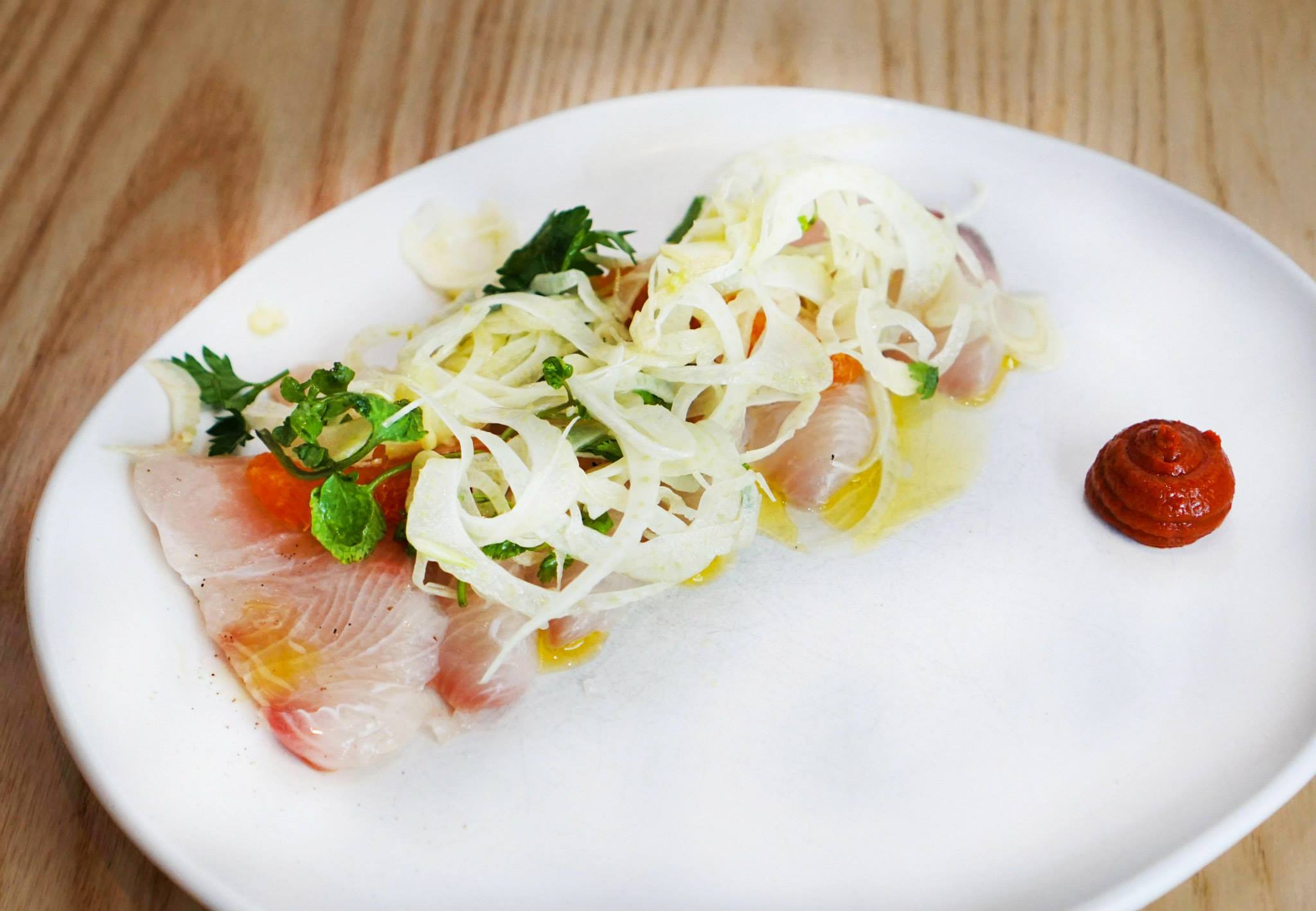 I love Kingfish so this was actually my pick for entree. The choice of raw fish that I would normally only have in a Japanese restaurant and ingredients such as harissa and blood orange made for a very unique and mouth watering combination that can’t be found elsewhere. 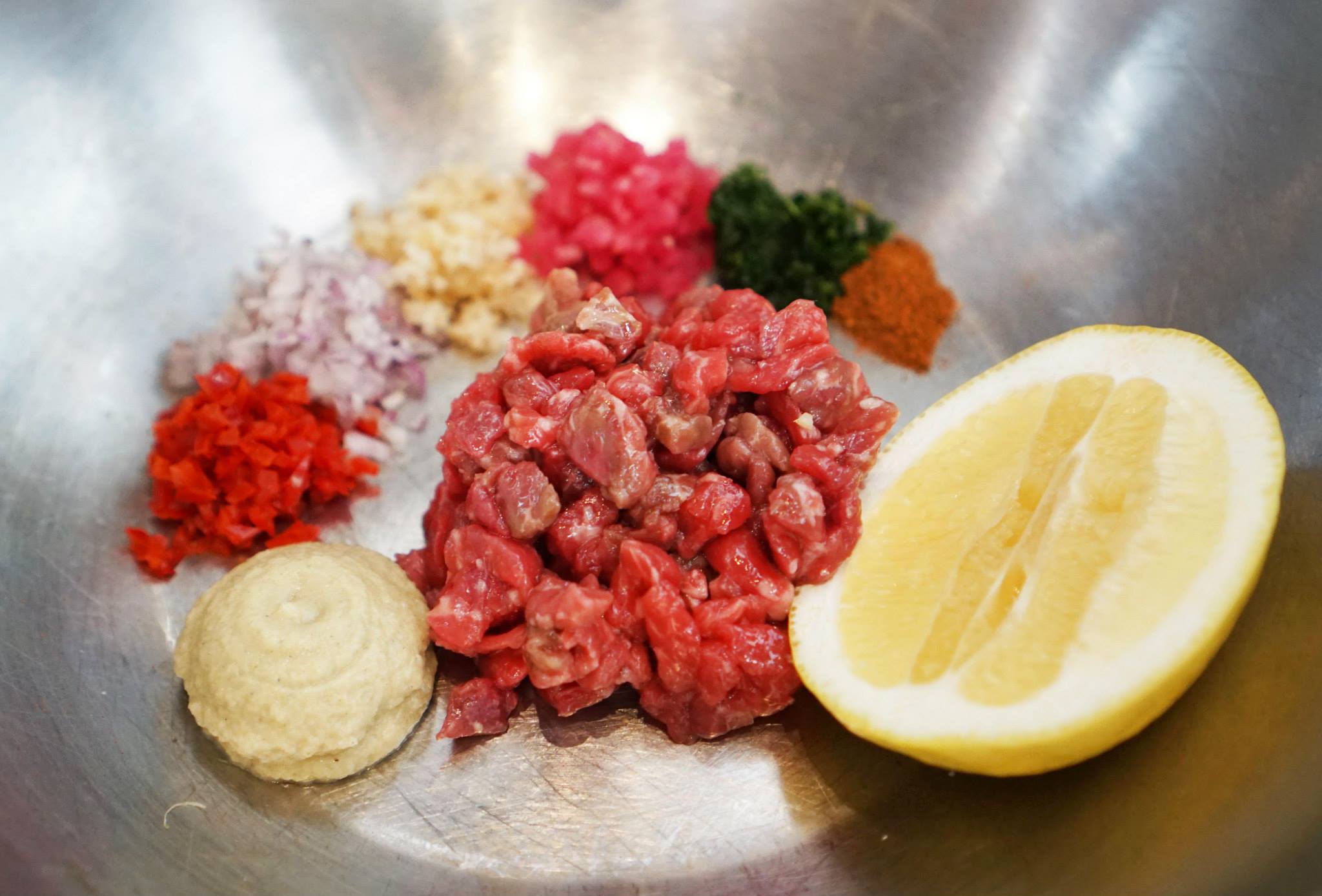 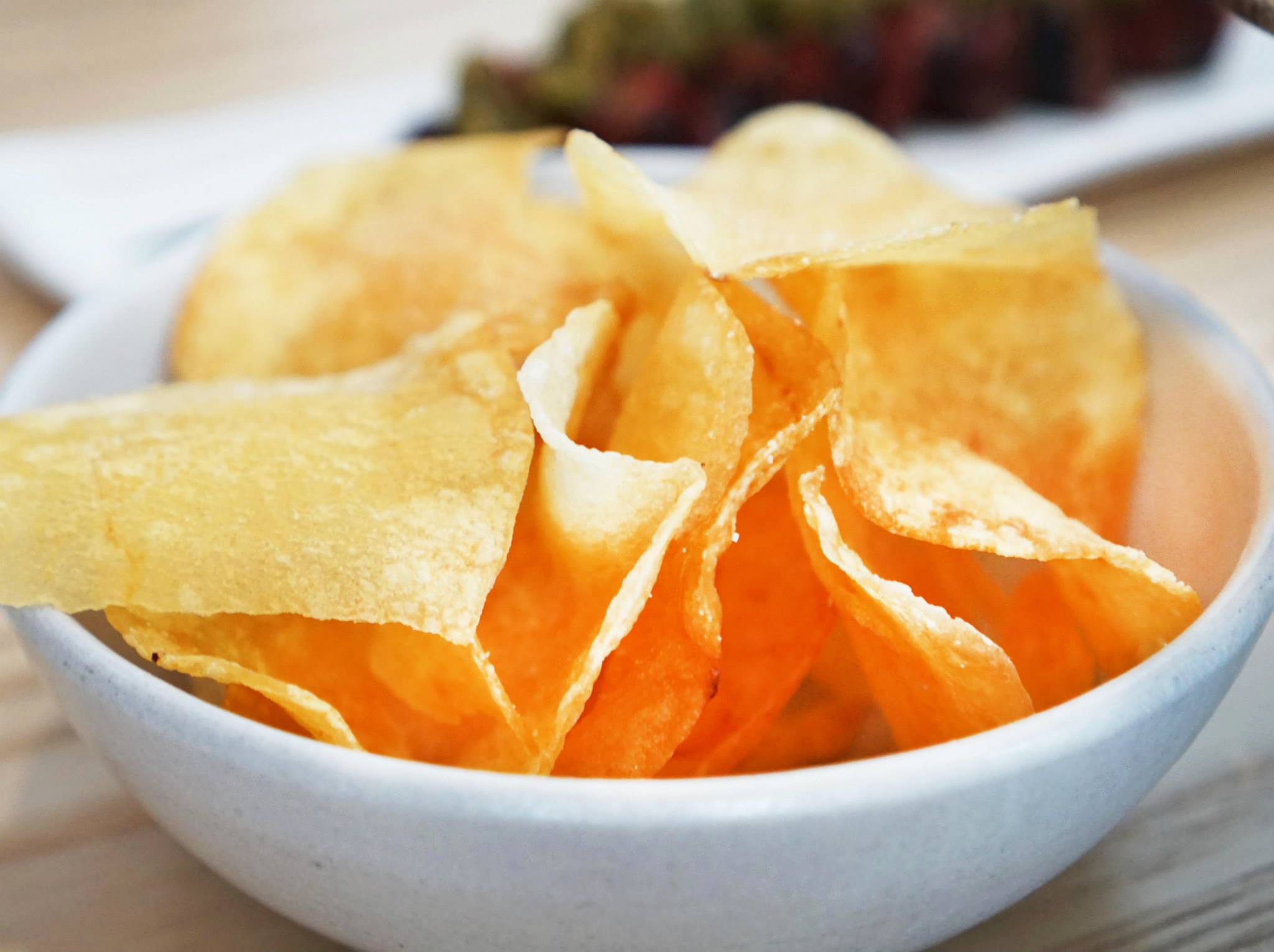 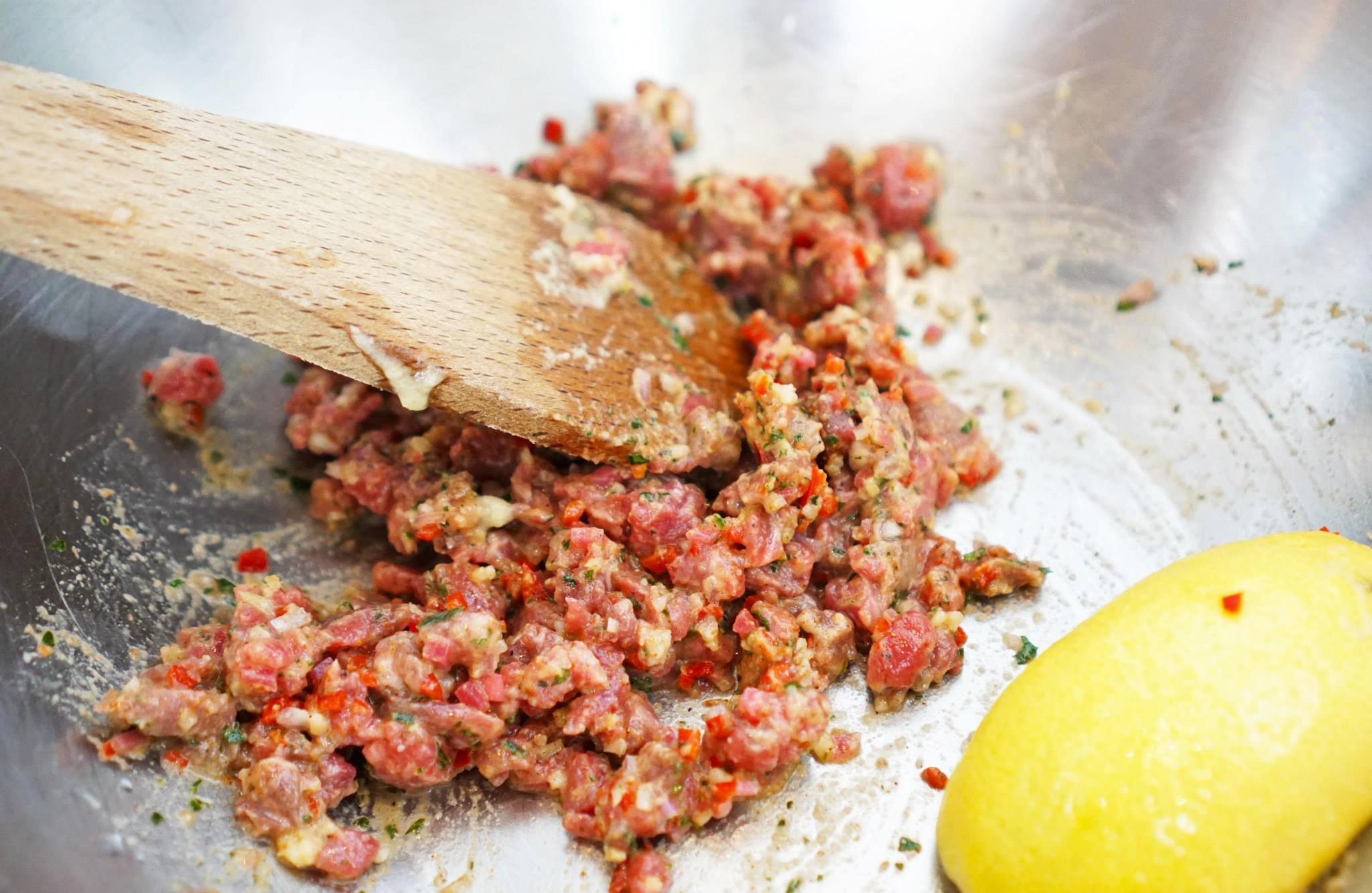 I love beef tartare but I’ve only had it served French style with egg yolk. The Arabic variation served here was actually better in my opinion because each bite hits you with an explosion of flavours which is a result of the various salty and sour ingredients used. 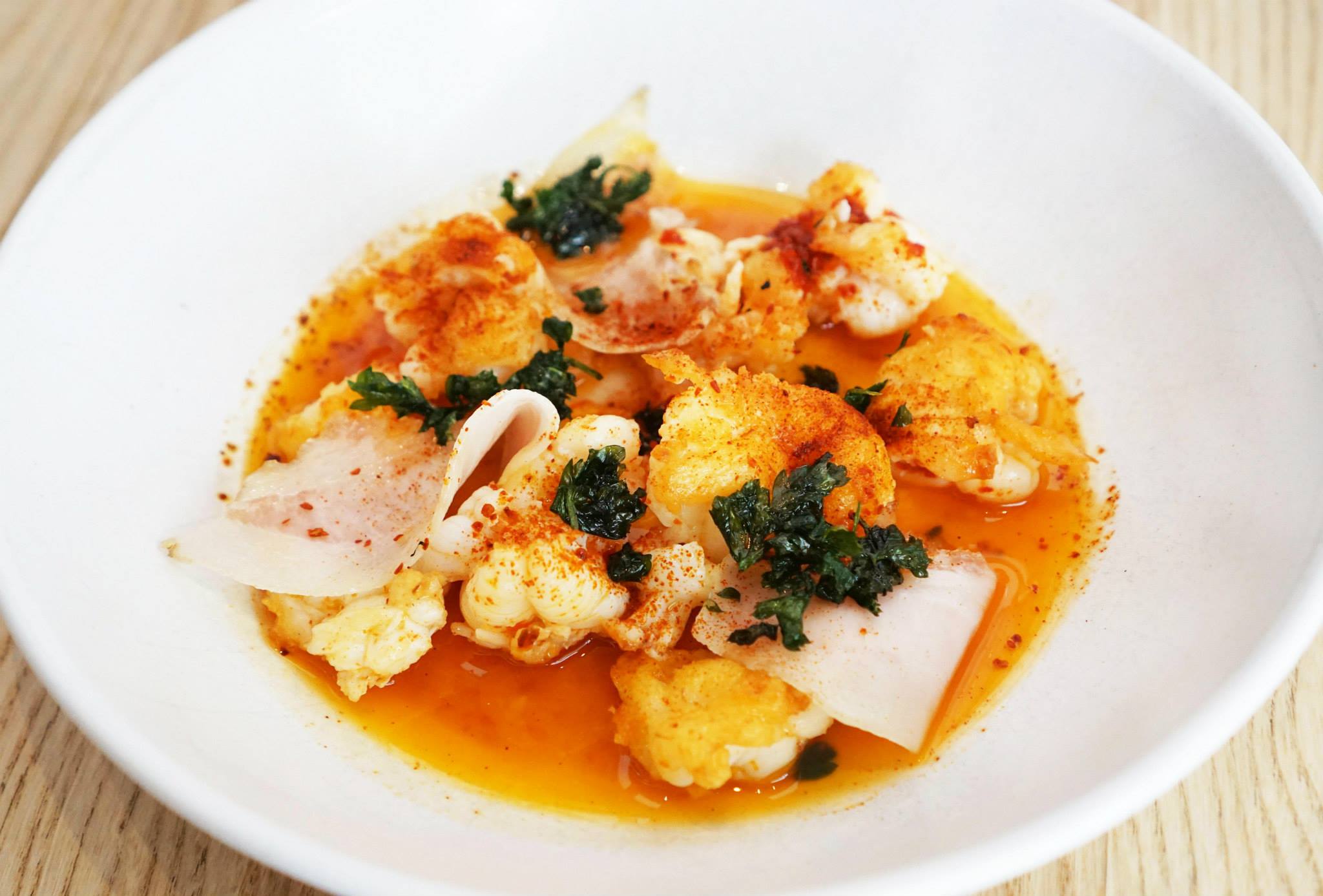 I wish Moreton Bay Bugs were served in restaurants more often, I actually prefer them over lobster because of the more pronounced flavour. The broth is what makes this dish a winner though, it’s an amazingly good mouth watering broth made with a base of chilli and pepper. 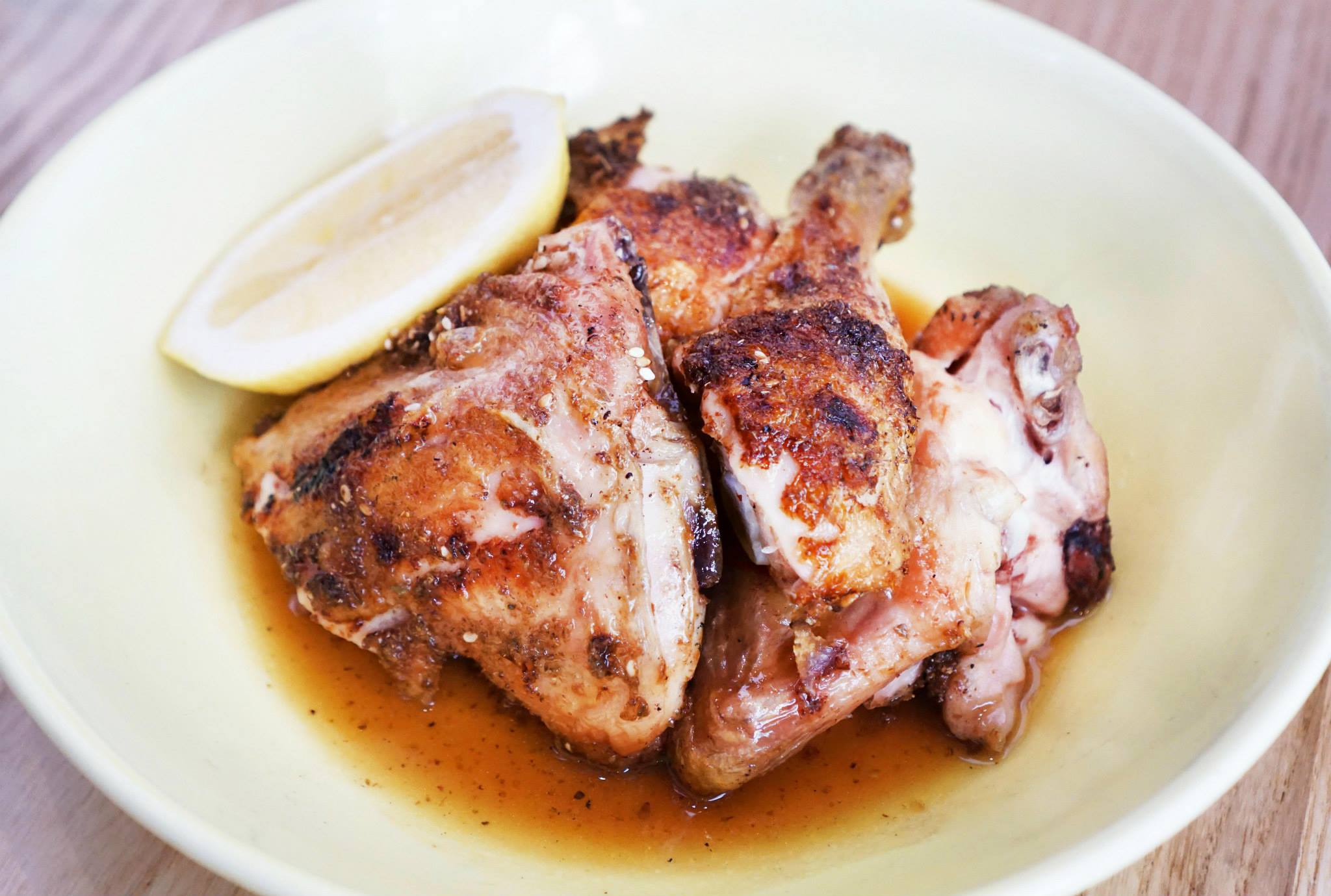 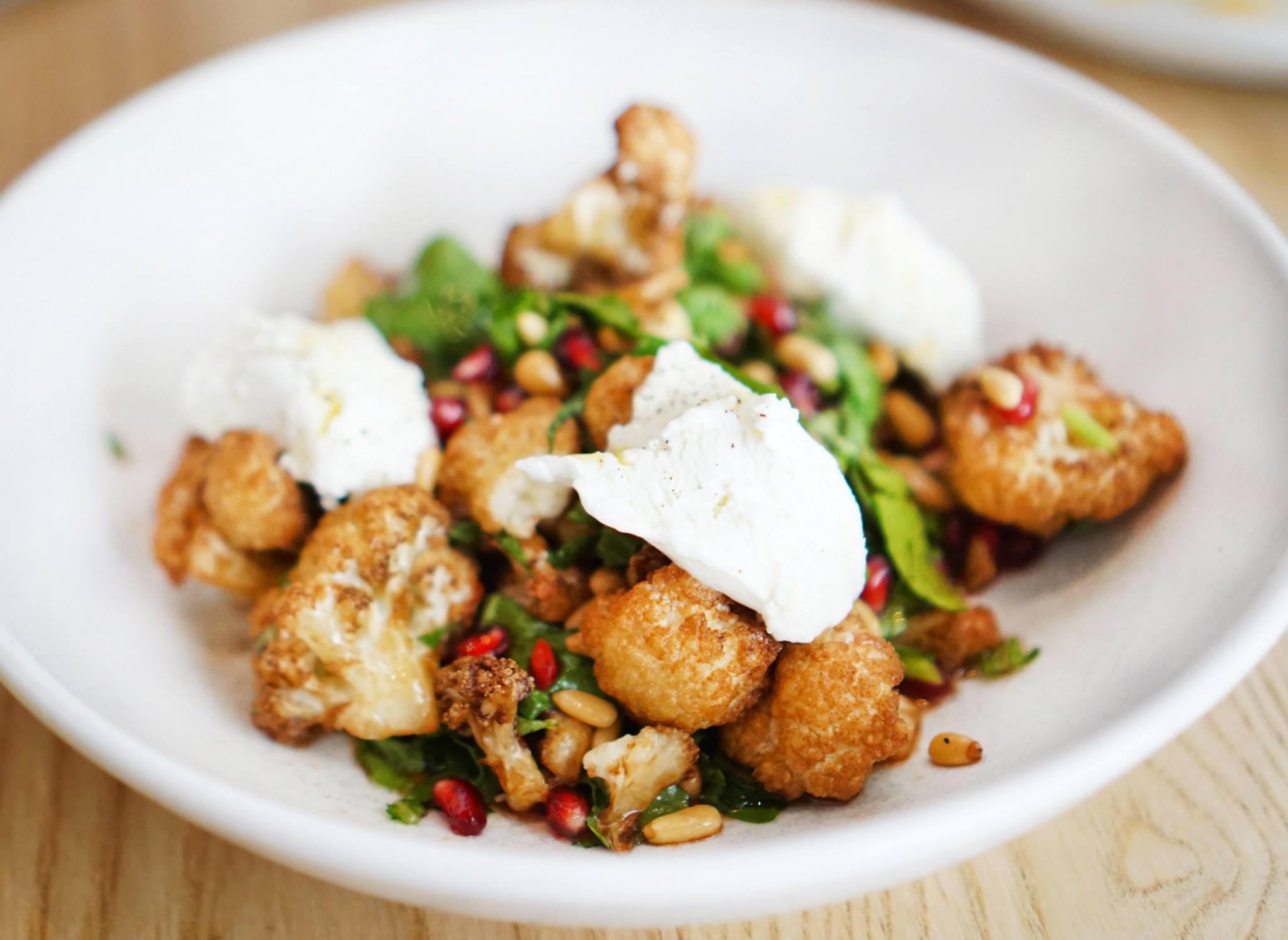 I found the chicken to be relatively average in comparison to the one I had at Ester a while back. I really enjoyed the flash fried cauliflower salad that came along with it though, the Middle Eastern influence again shines through here with excellent use of goats curd, spices, pomegranate and pine nuts. 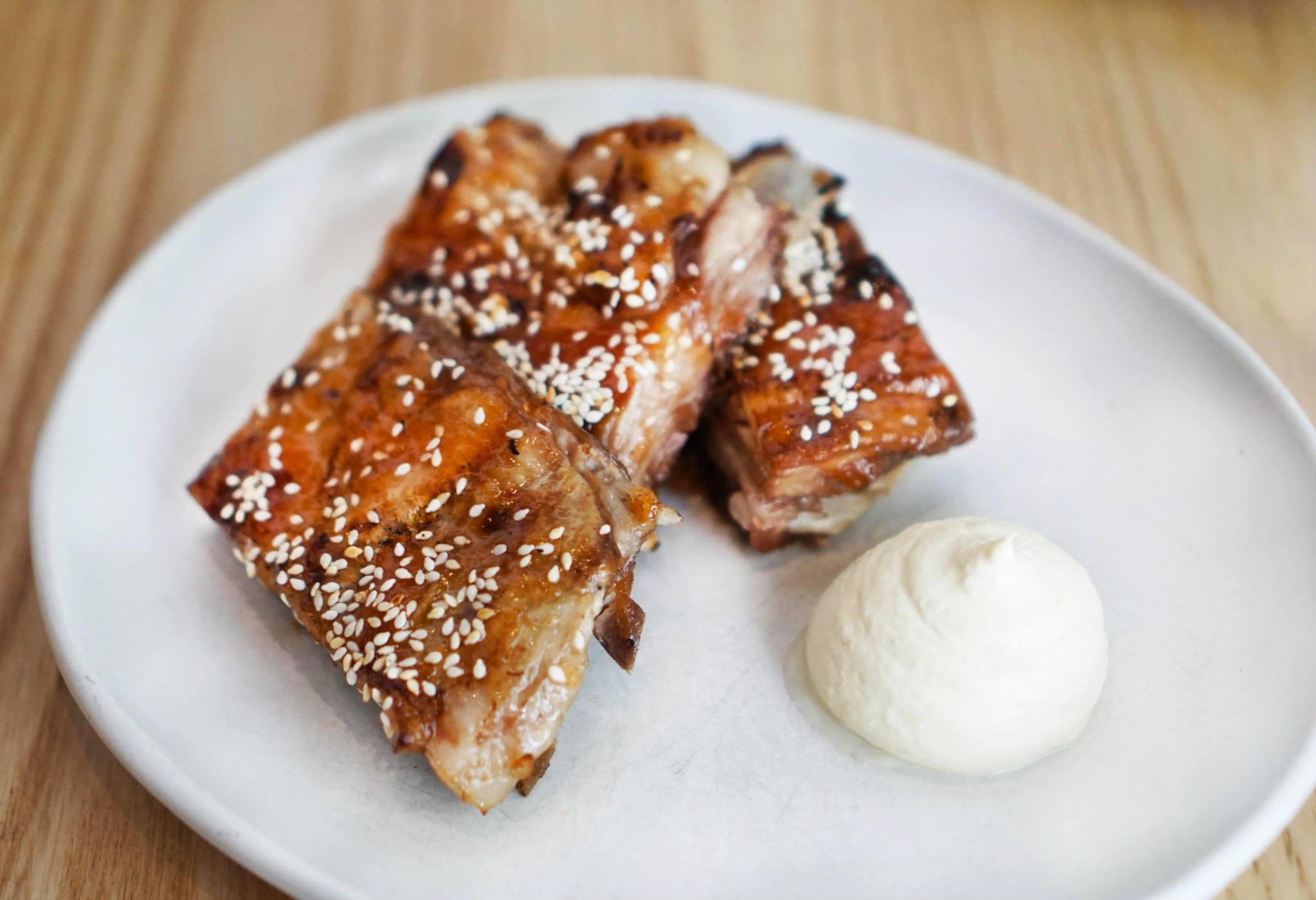 I’m not the biggest fan of lamb but I tried a little bit of this and enjoyed it, very flavoursome and tender. The yoghurt and honey was an interesting side that doubles as a sauce. 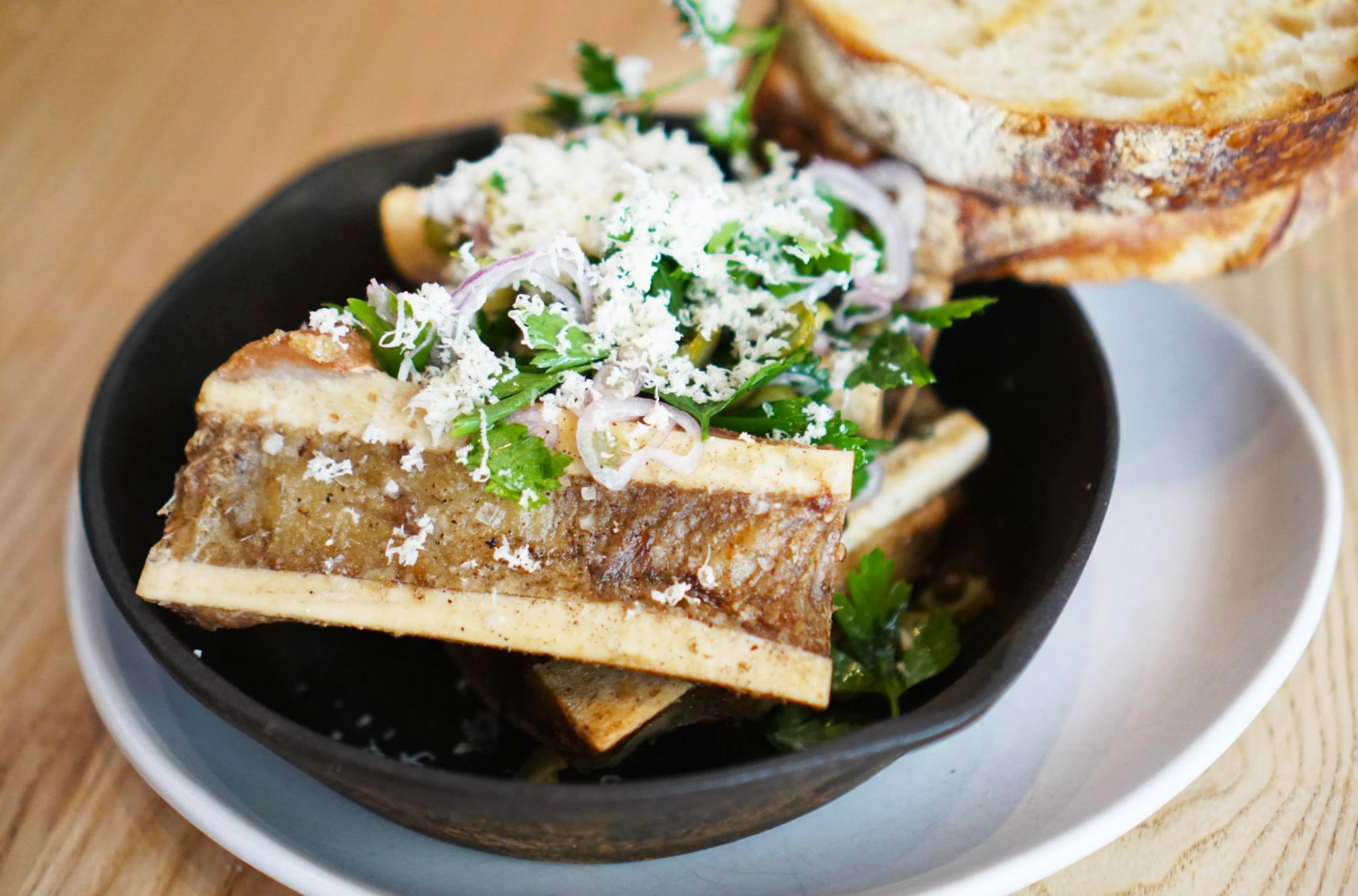 I often have a few mixed feelings about bone marrow, on one hand they’re quite delicious but on the other hand the texture and fat isn’t exactly the most palatable sensation. This particular variation was nice but then again I’ve yet to have a bone marrow that absolutely blew me away. 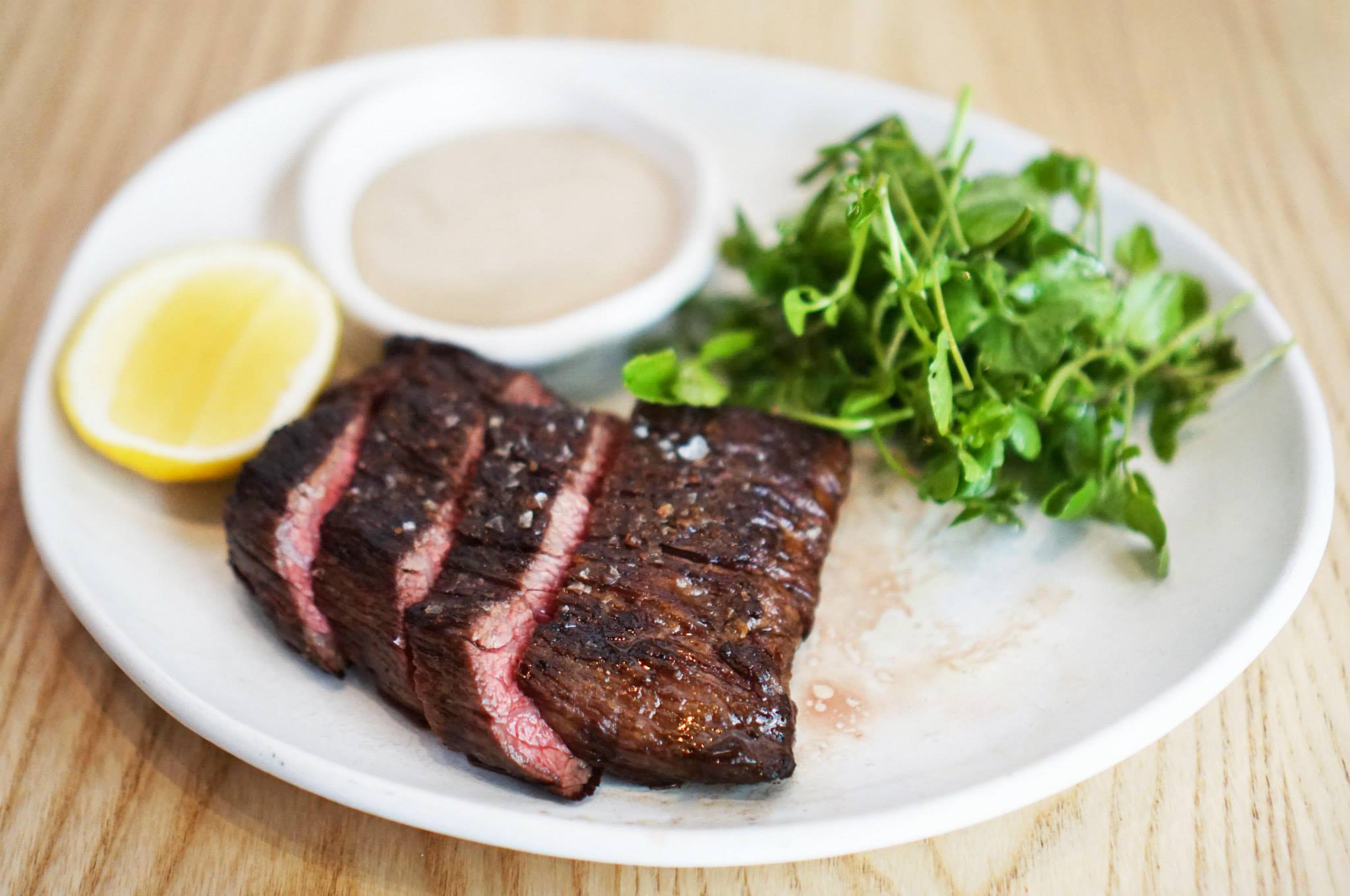 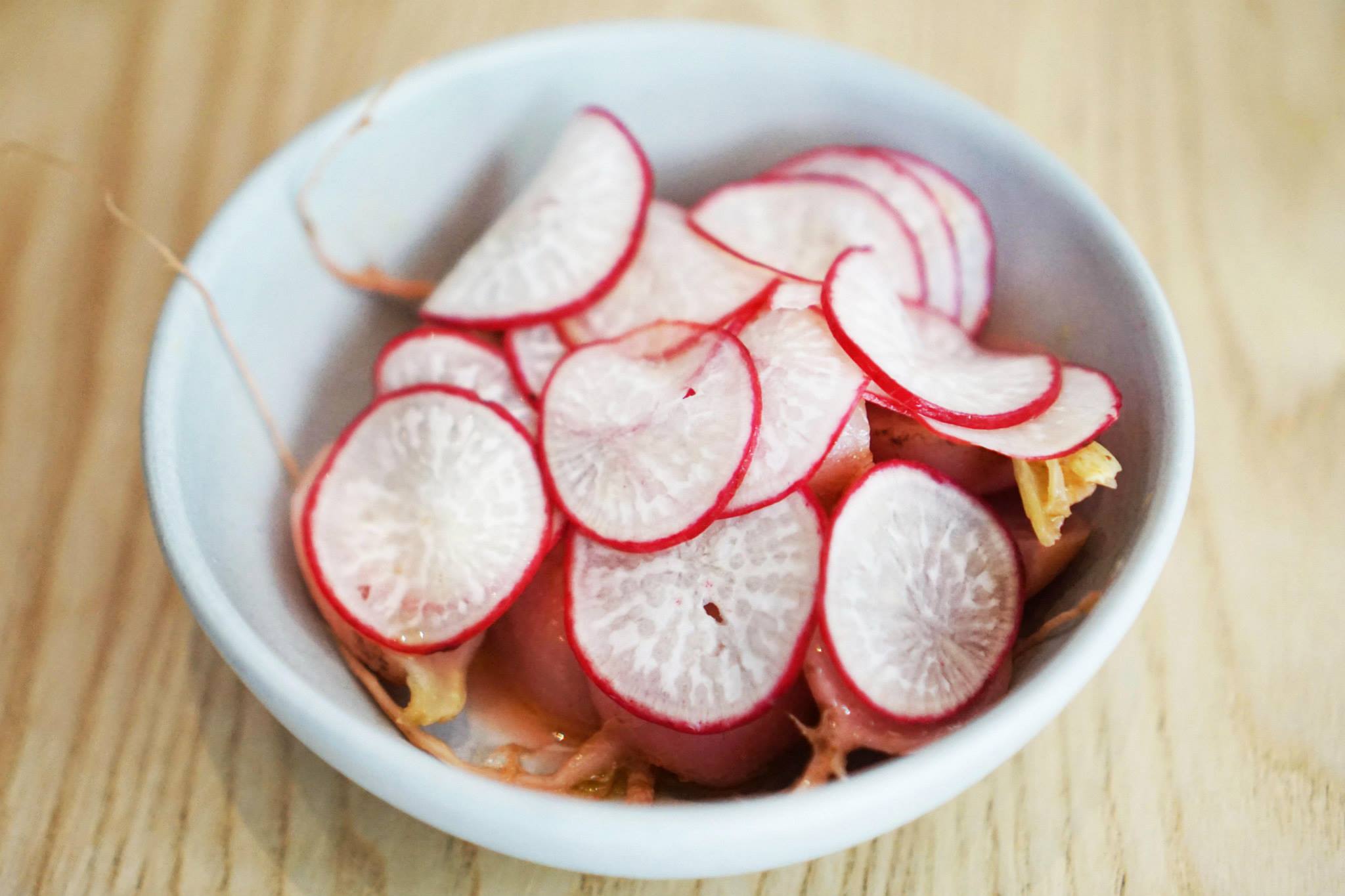 I love skirt steak, it’s one of my favourite cuts of beef because when cooked perfectly medium rare it’s just simply divine. The radishes that came as a side accompaniement were also interesting, it’s rare to have whole poached radishes but they little morsels are actually quite tasty. 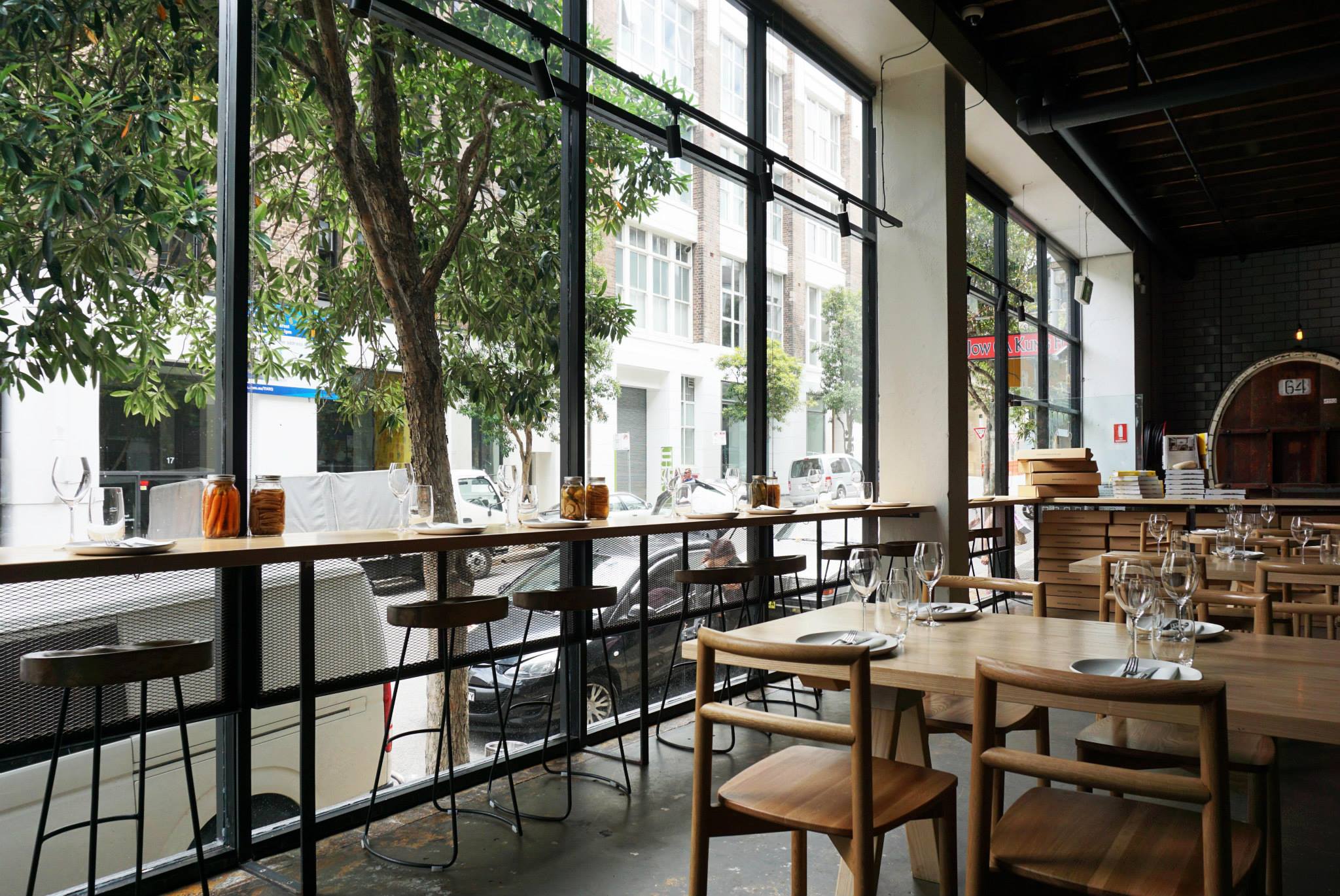 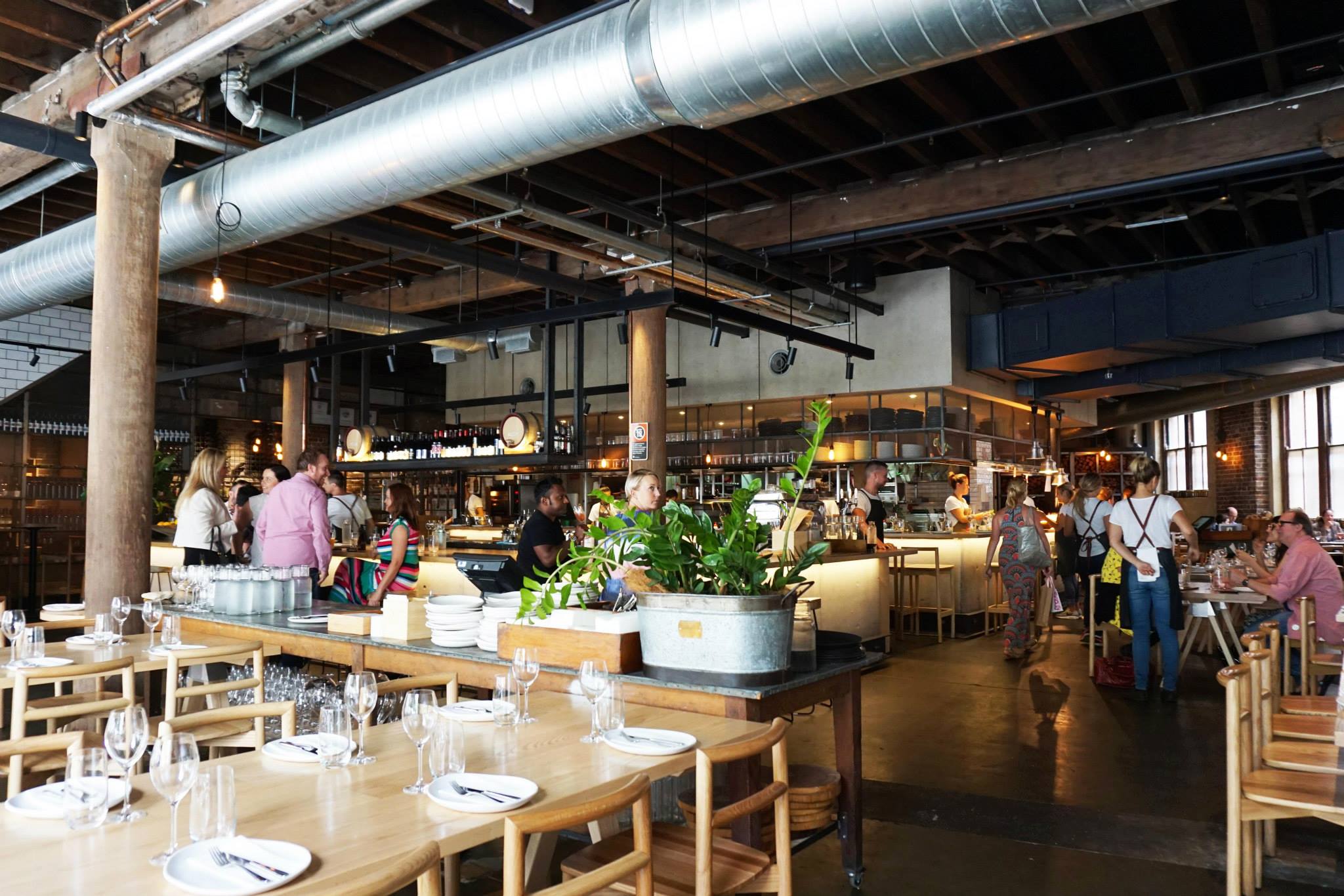 I was actually surprised to find that the venue is a lot bigger than I originally thought. The restaurant extends back a long distance and looks like it could comfortably around 100 people at the least, possibly more if it’s a standing function. I’ve heard that the wine is quite good at Nomad and they also have a small cellar area where you can purchase wine directly to take home.