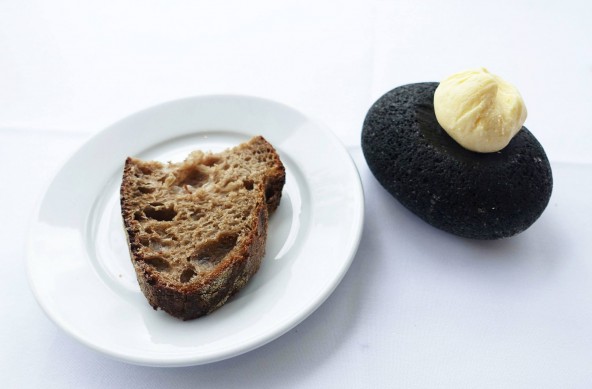 Cottage Point Inn located in ku-ring-gai national park is a chef hatted fine dining restaurant serving up some seriously good food with amazing views to match. The majority of patrons appeared to be visiting via the seaplanes which depart from Rose Bay and stop literally right in front of the restaurant.

Head Chef Guillaime Zika leads the kitchen and has previously worked in Michelin starred restaurants in Europe and the USA, including a stint at Per Se in New York which is on my list of must visits. 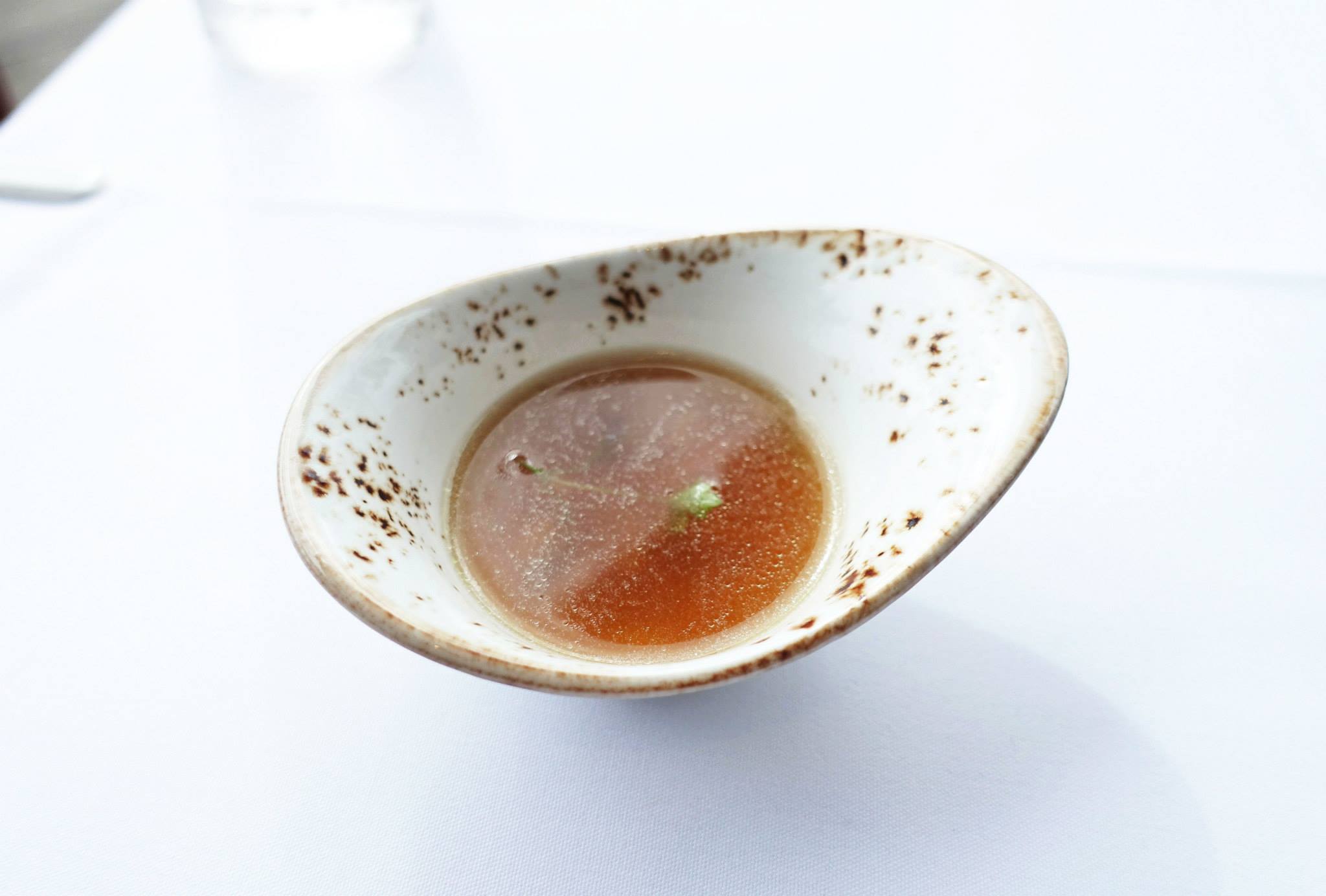 Unfortunately I don’t recall what exactly the amuse bouche was called as it’s not listed on the menu, it was a traditional French stew with a form of pasta. Definitely a good warm starter to a relatively chilly day. Note that all the following dishes are half sized portions from the tasting menu. 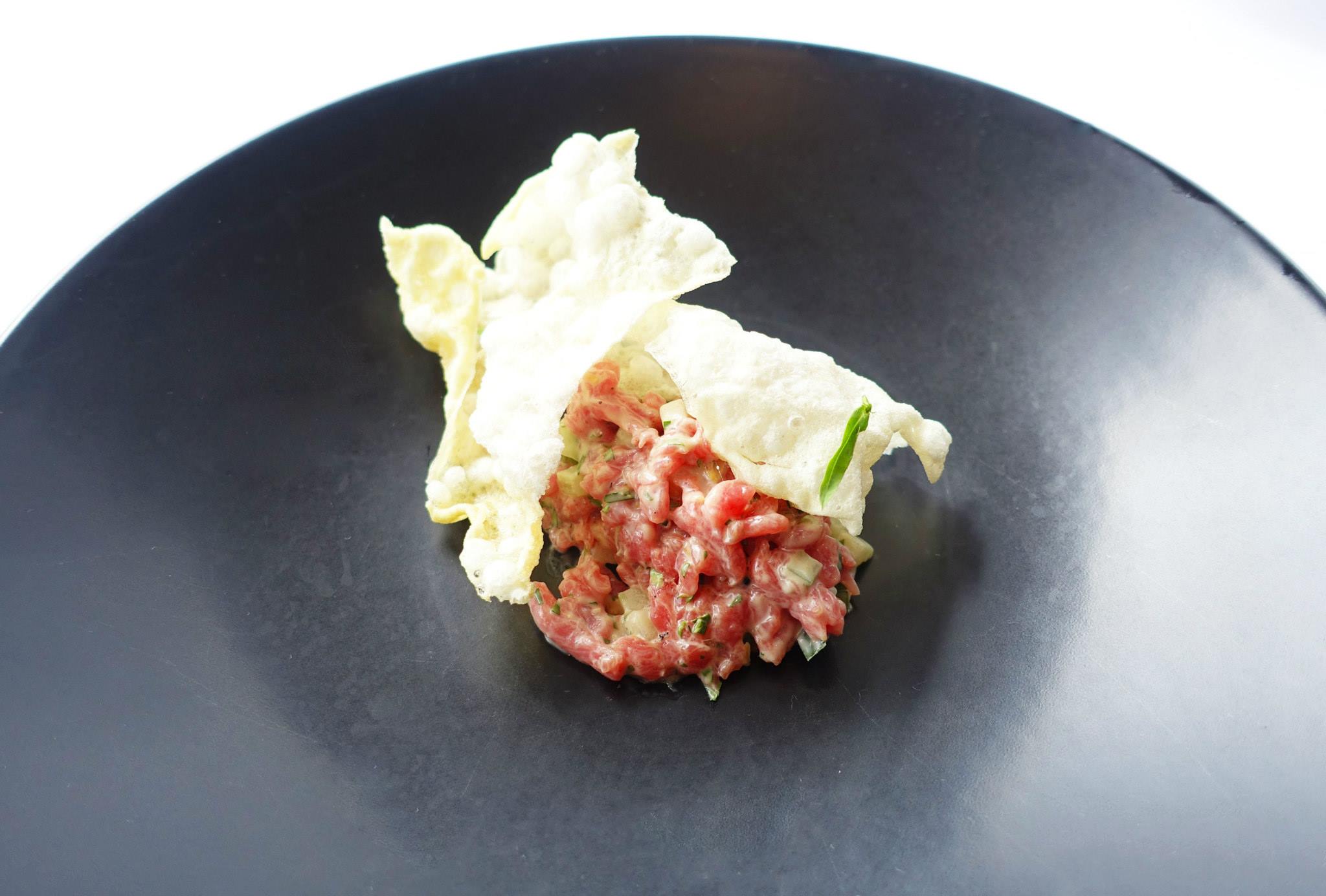 The veal tartare was delicious as expected. It was good that the meat had a nice subtle taste as the caper crackers are quite salty, which required a little bit of balancing out to ensure it wasn’t too salty overall. 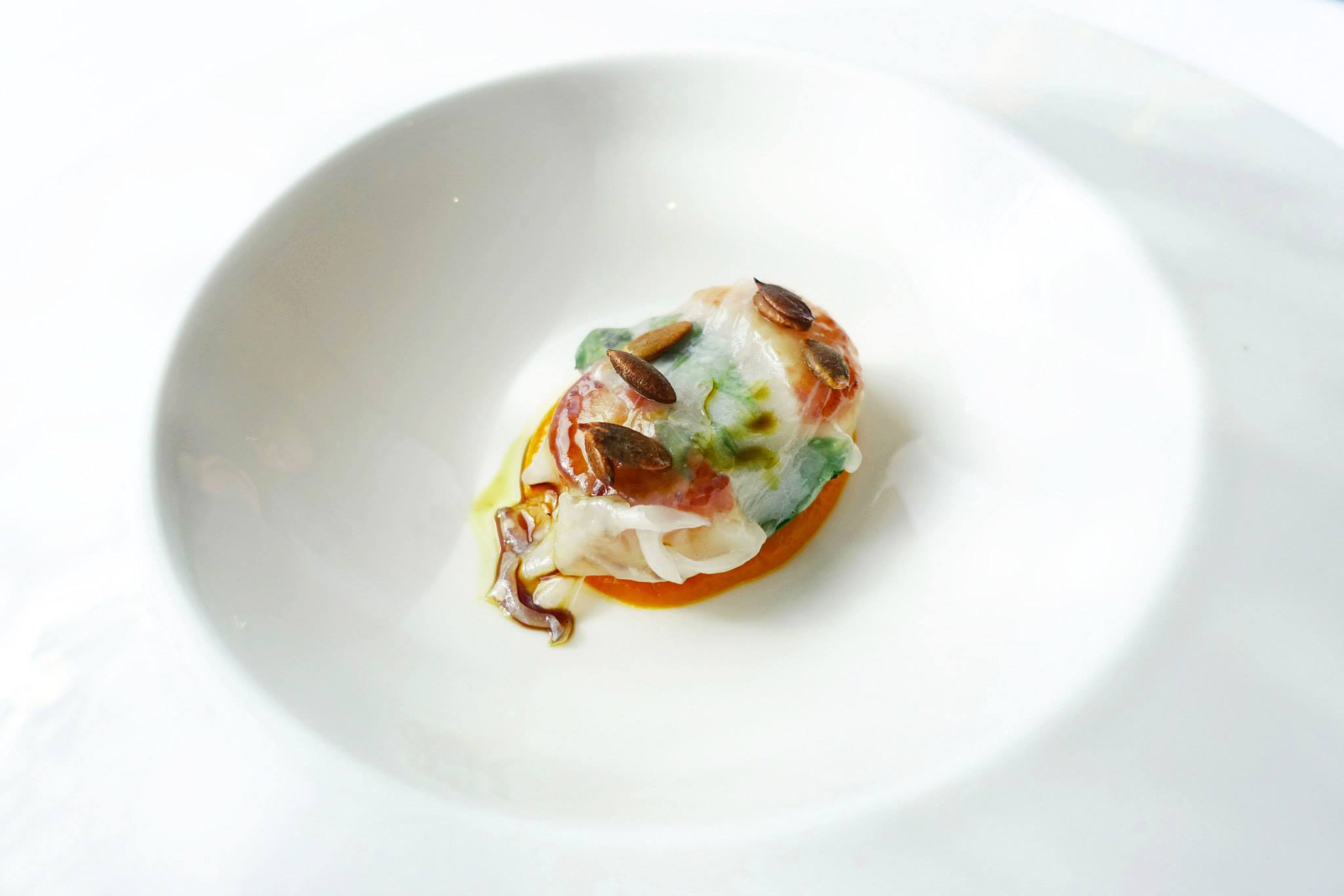 I have to admit I was slightly confused by this dish at first and thought it was melted cheese on top of the scallops, instead it turned out be an interesting gem lettuce wrapped around tender scallops. 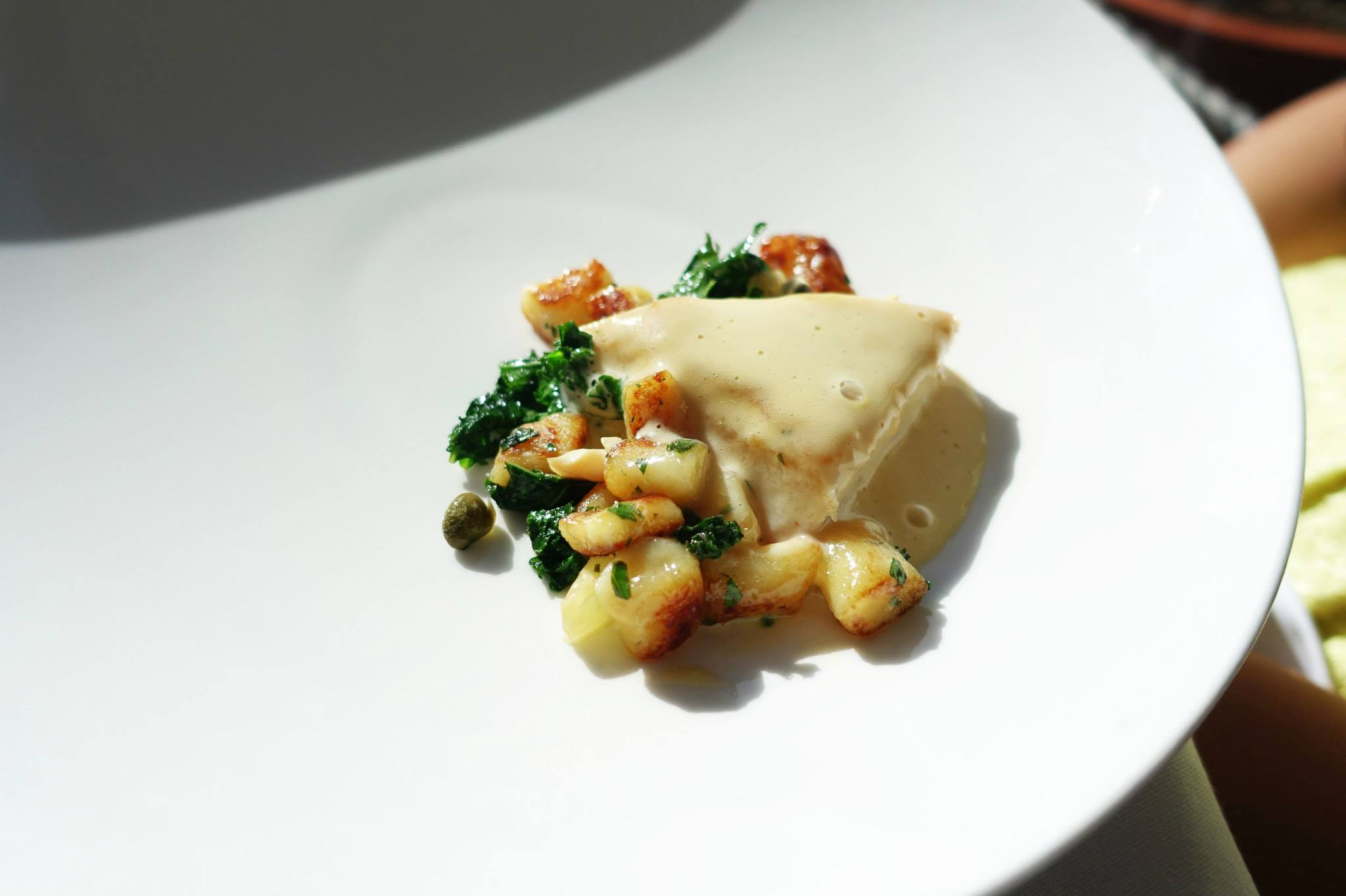 The swordfish belly was my favourite of all the savoury dishes for a few reasons. The swordfish was very soft and flavorsome, likely due to the poaching in butter. The beurre blanc served with lemon and kapers was an amazingly creamy sauce and the gnocchi were light and fluffy. 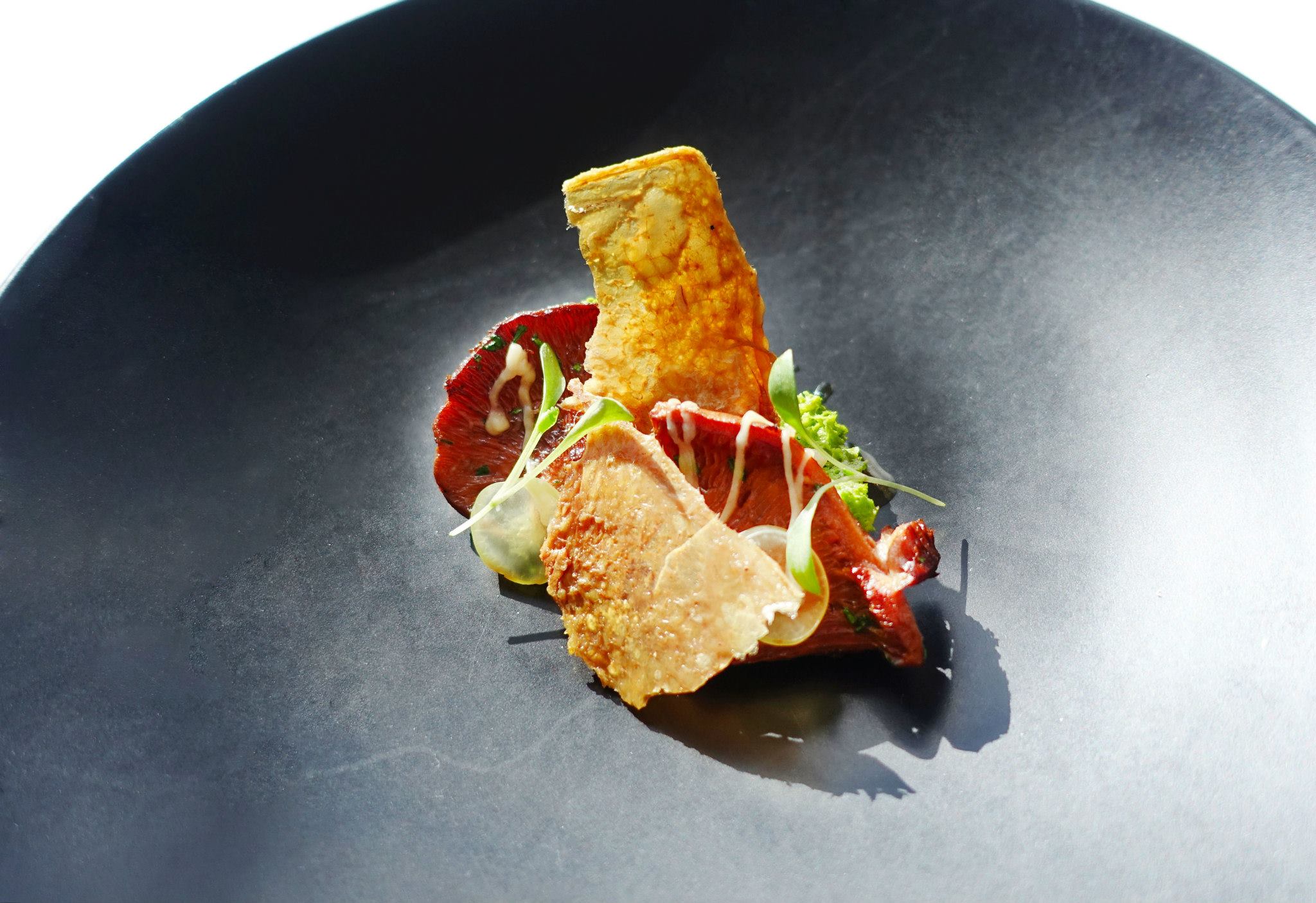 Unfortunately the sun came out just as I was about to shoot this dish so it was a bit difficult to get a nice angle with the coriander sponge in view – the sponge had an interesting texture but didn’t have much flavour to it. The mushrooms were quite good and I also really enjoyed the very flavoursome chicken skin. 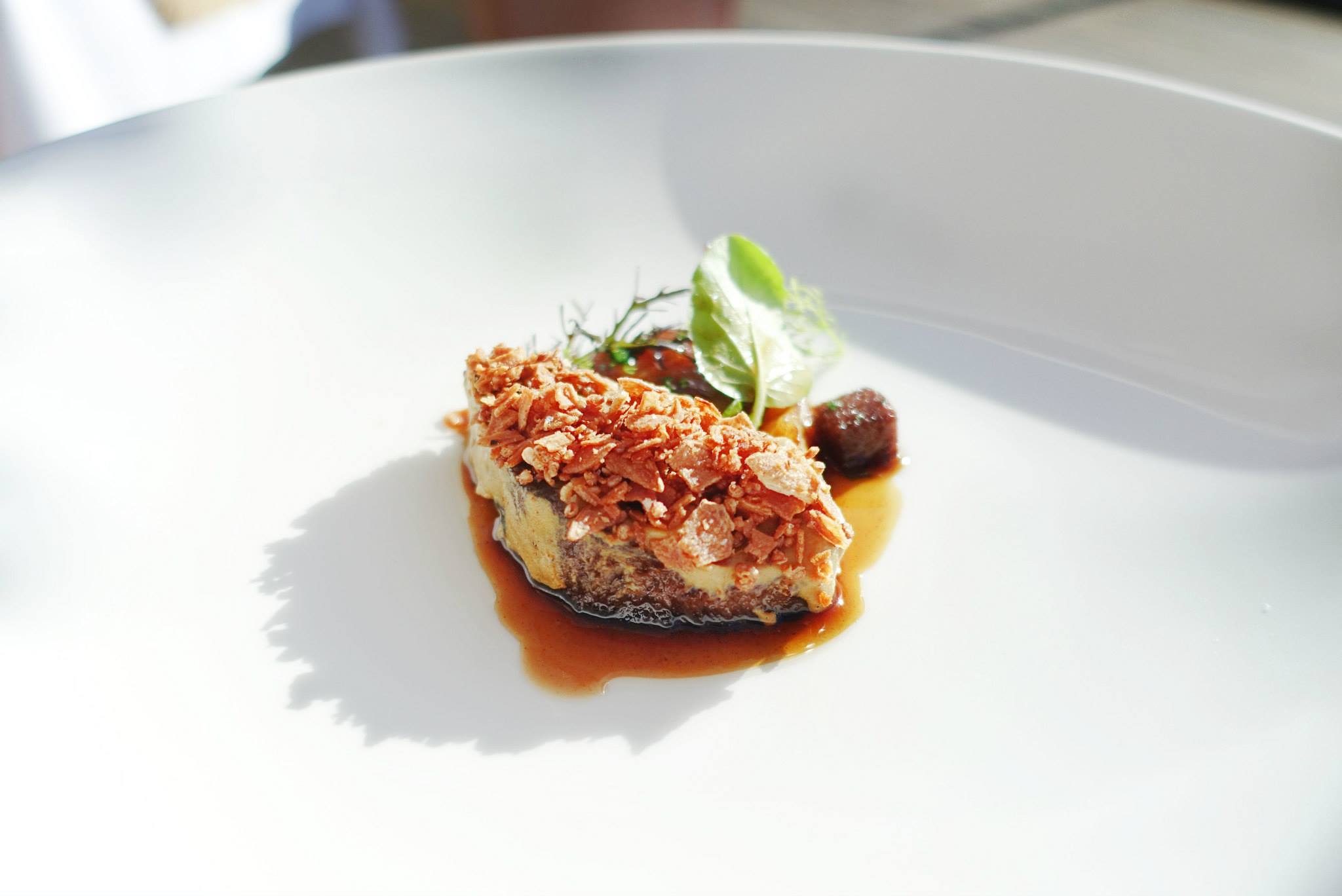 I wasn’t too sure about ox tongue being in a dish that otherwise sounded amazing but I couldn’t really taste of find any trace of it. The beef cheek was very tender and the crispy pieces on top were a really good addition to help balance out the very strong mustard brushed over the beef. 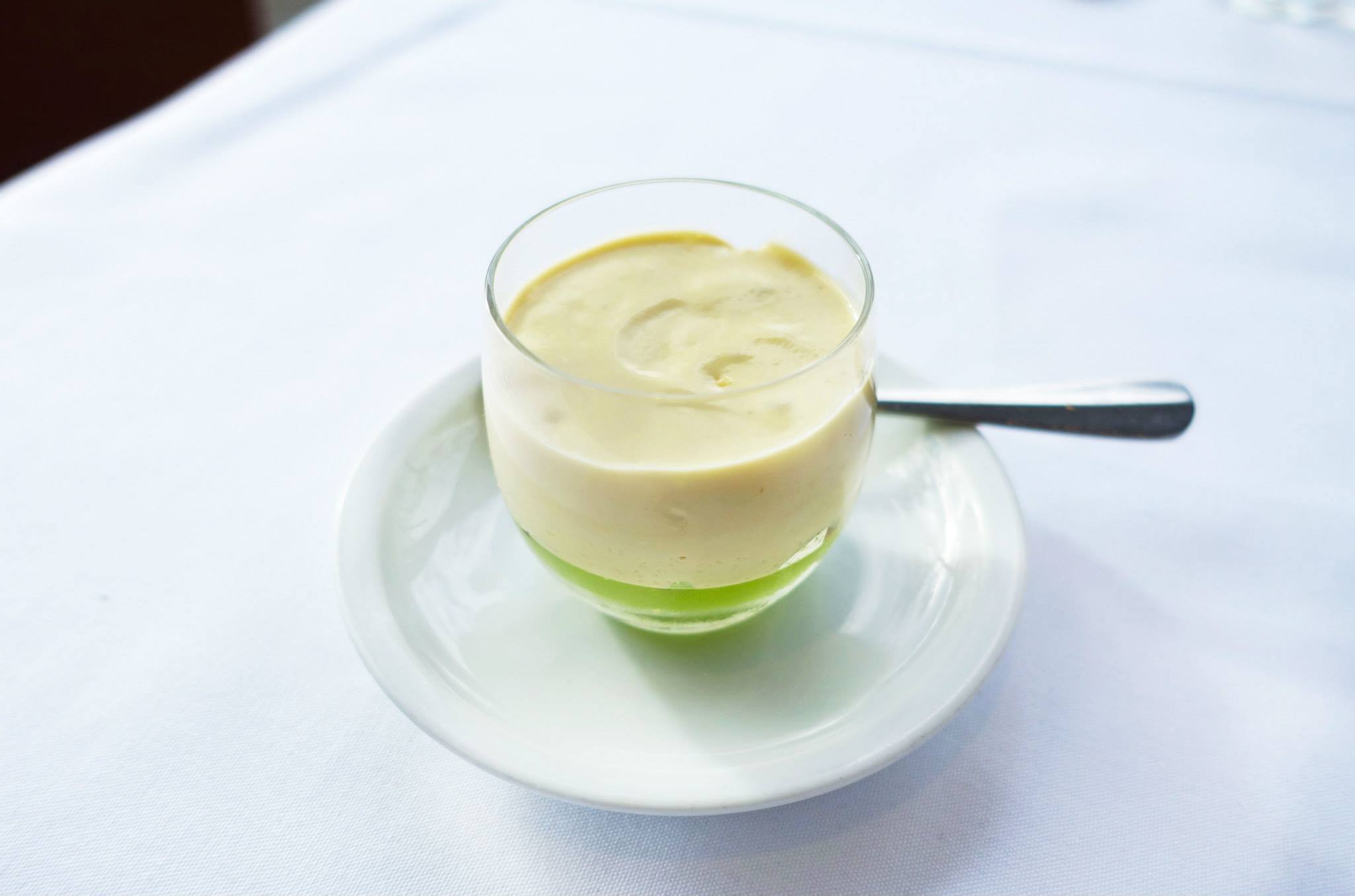 Unfortunately of the three desserts this would probably be my least favourite. The jelly was nice and refreshing however the roquefort cheese, while it was delicious was also very overpowering. My preference would to have reversed the serving size of the cheese and jelly. 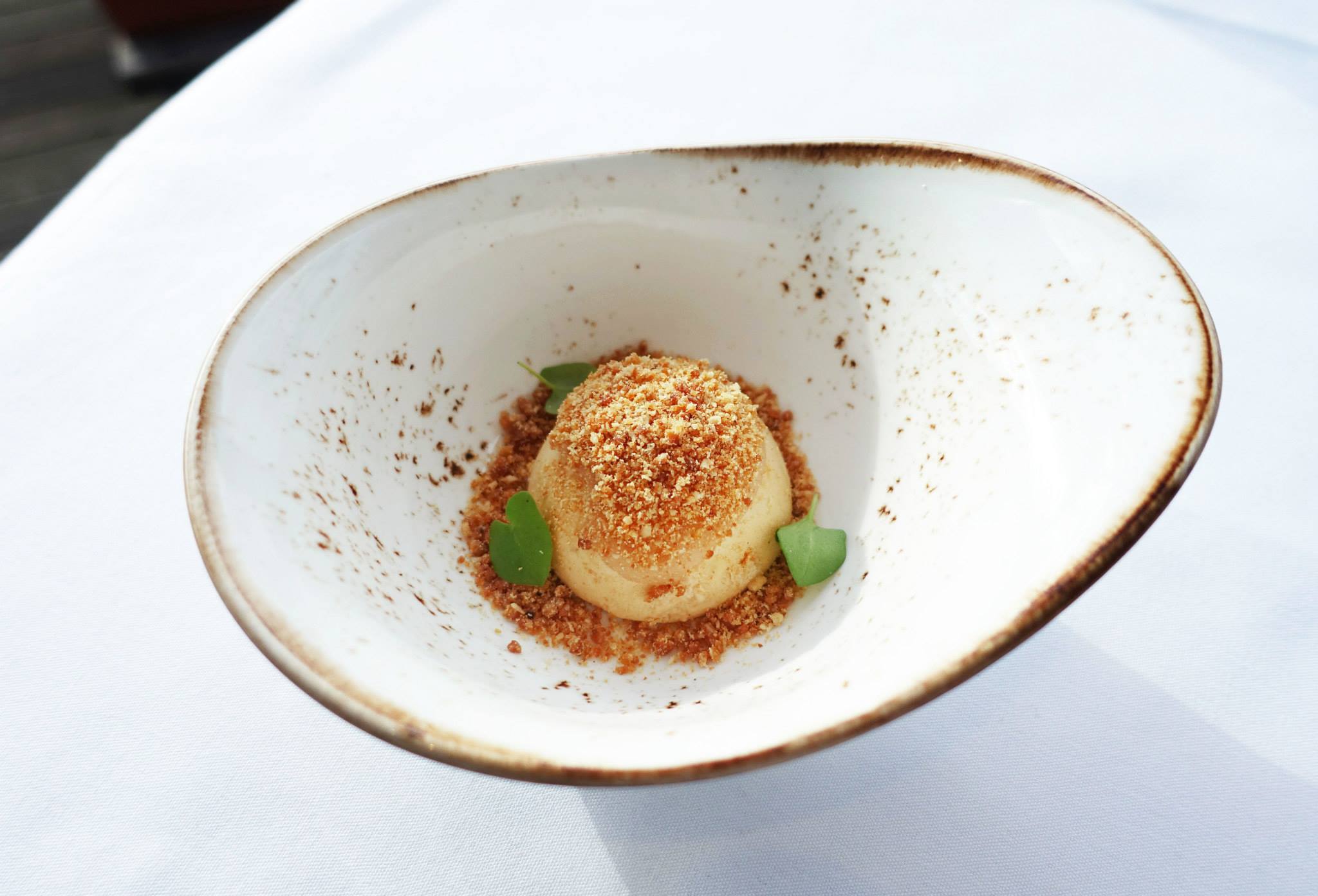 Although this seemed like a relatively normal dish, sometimes familiarity is a good thing. I love caramel parfait and the oat crumble on top both tasted good and added a nice crunch factor to the dish. 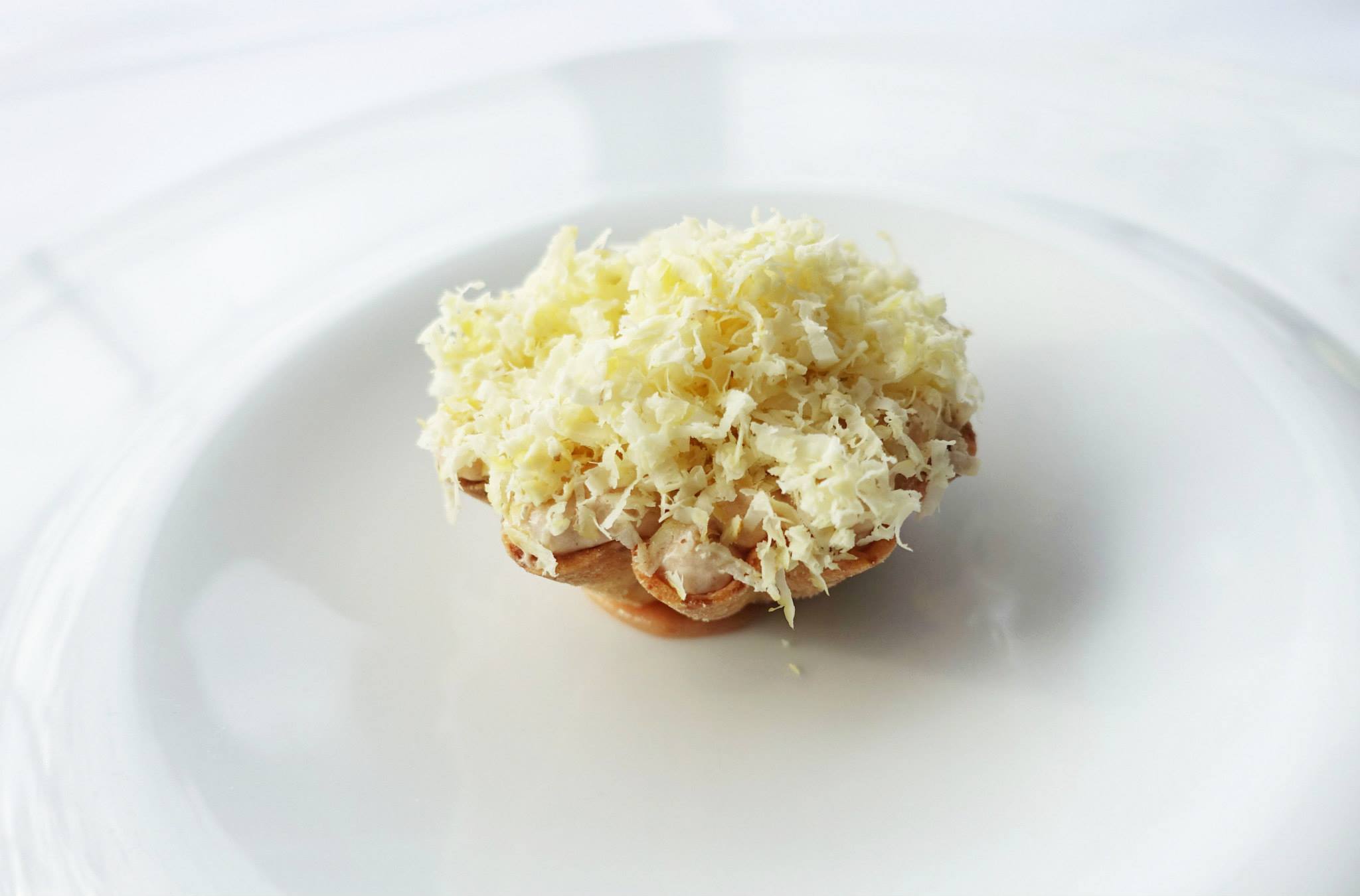 This was probably one of the most interesting dishes served during the course of the meal asit’s not very often that you see chestnut on the menu in Australia, this dish was inspired by Chef Zika’s time in Europe. Every part of the dish had an interesting creamy texture and subdued but slightly sweet taste. 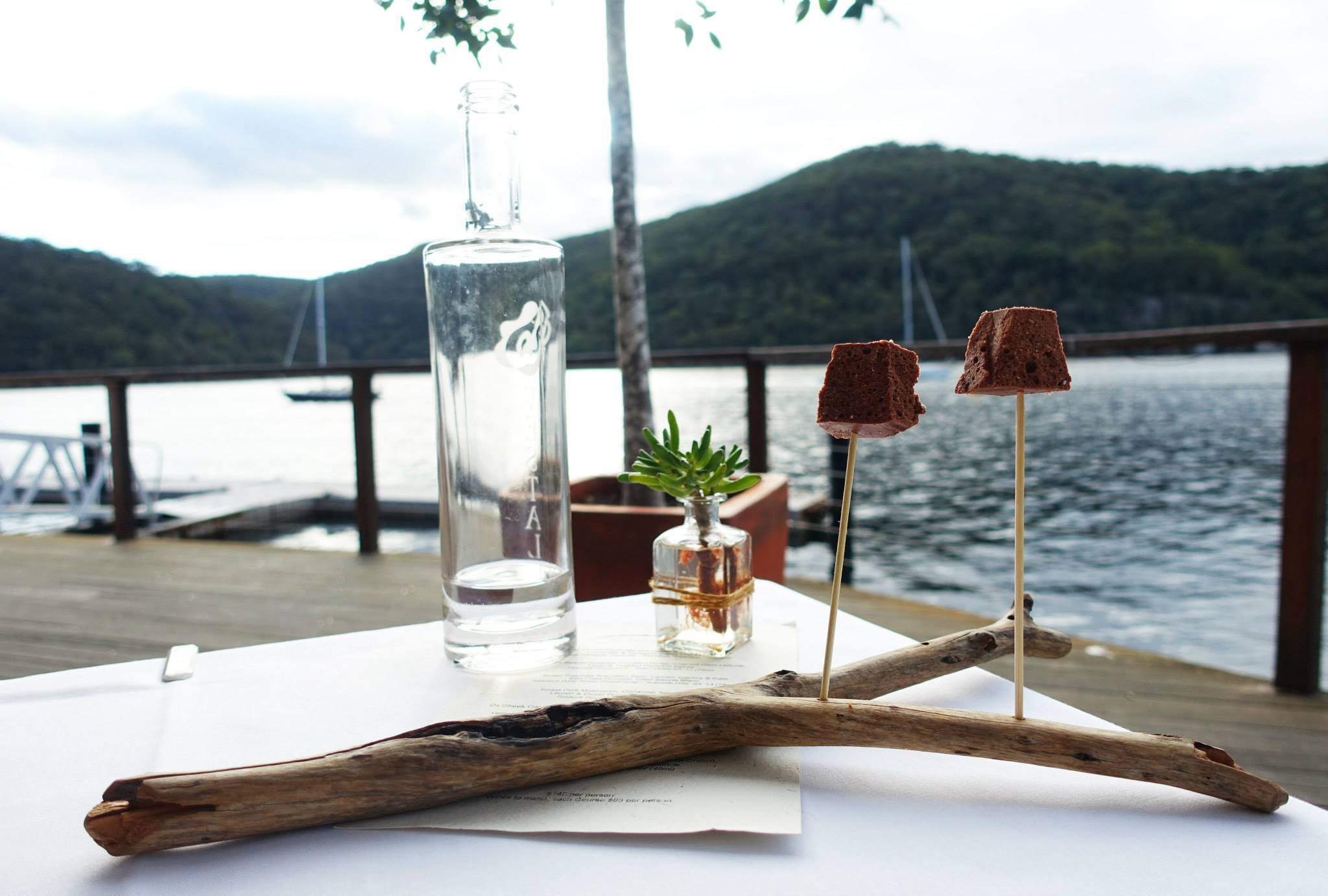 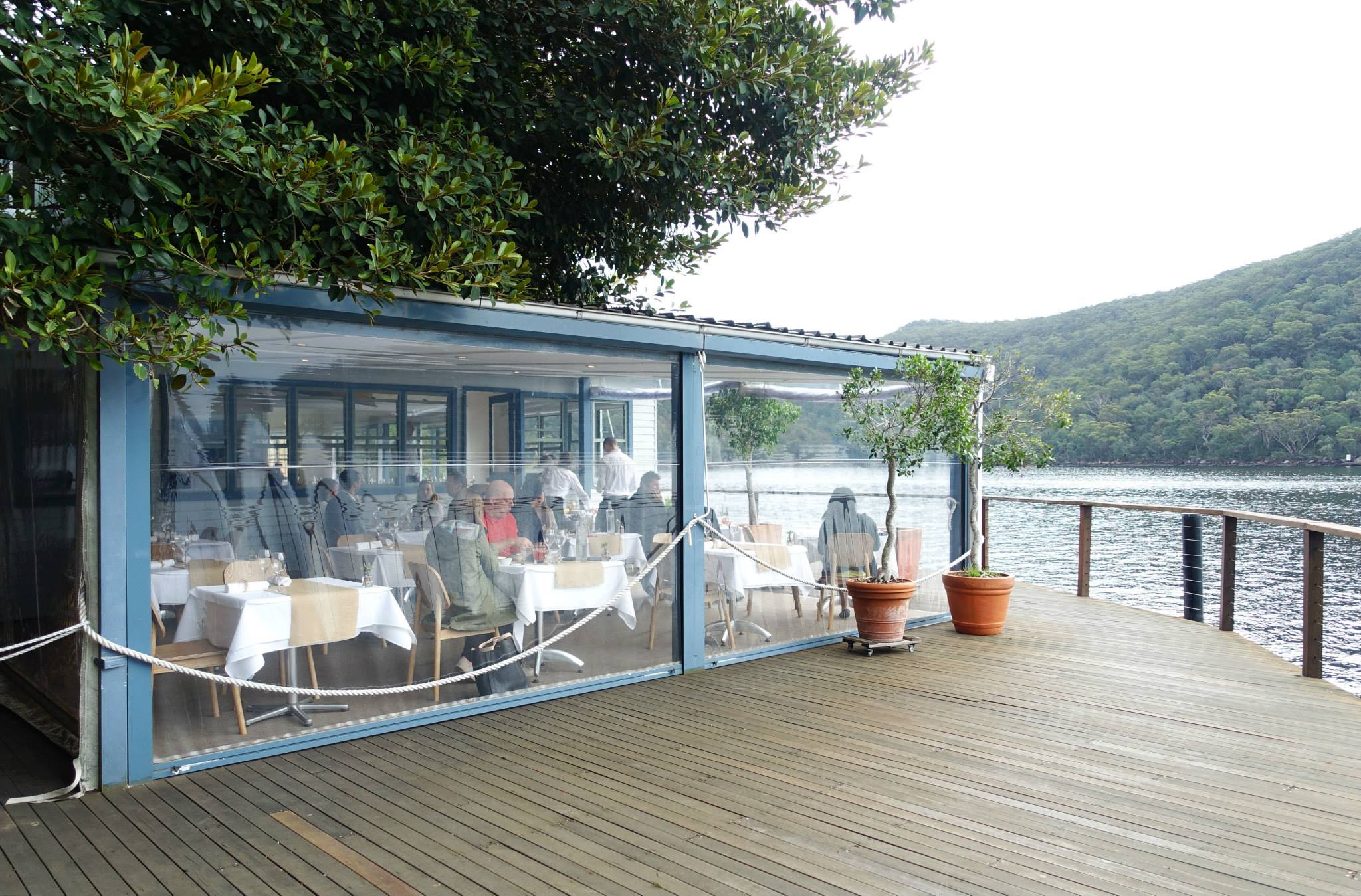 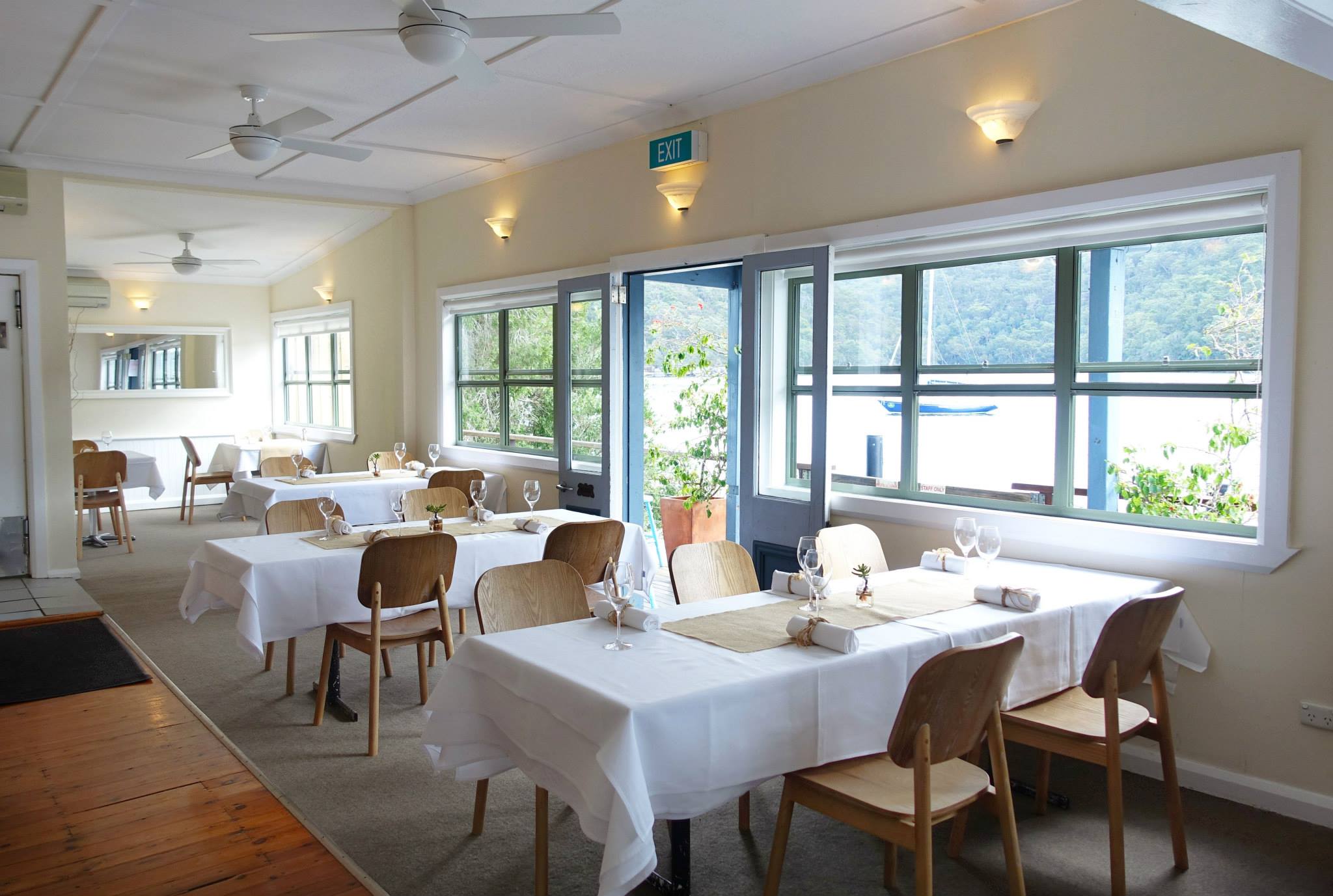 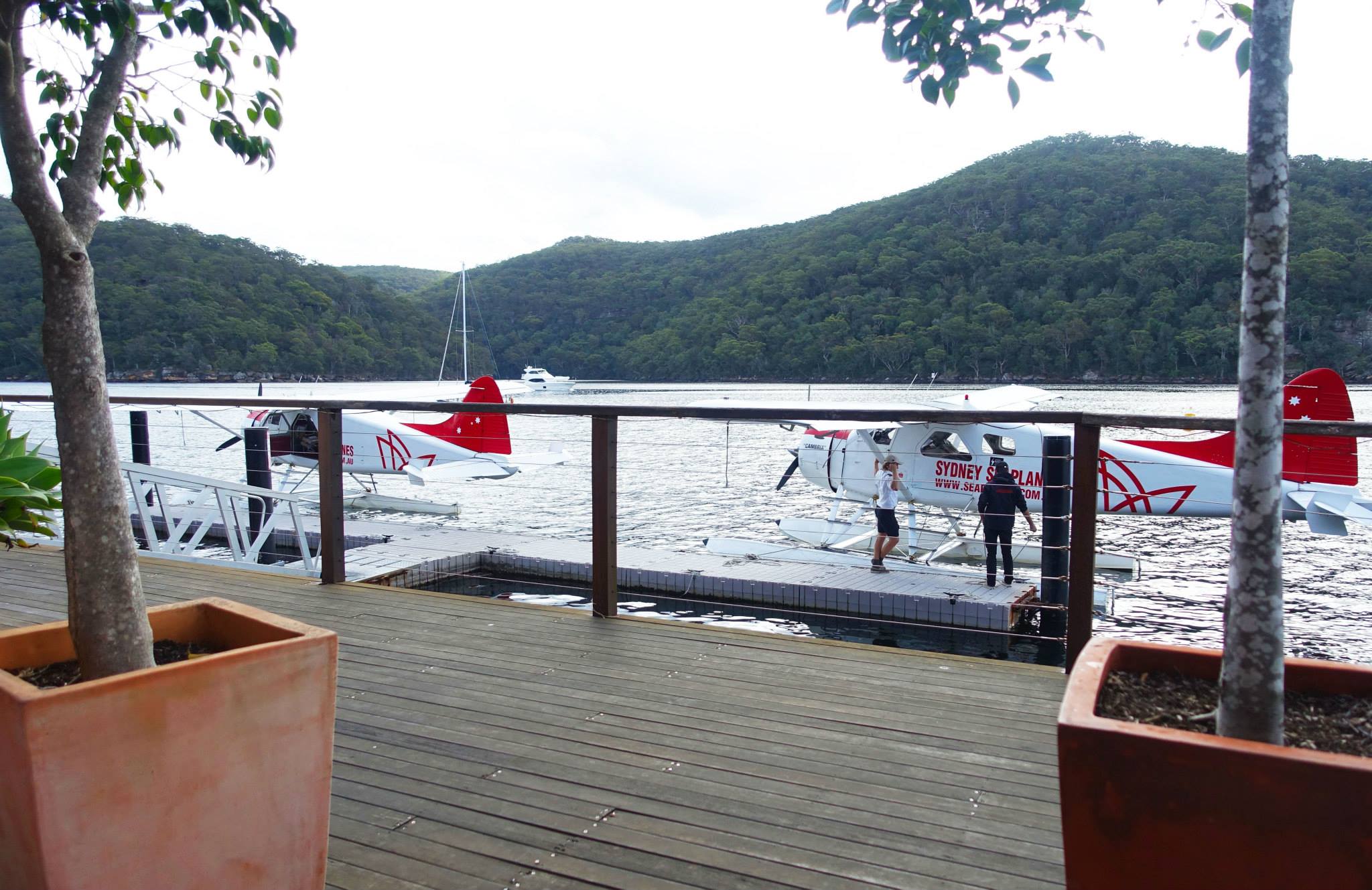 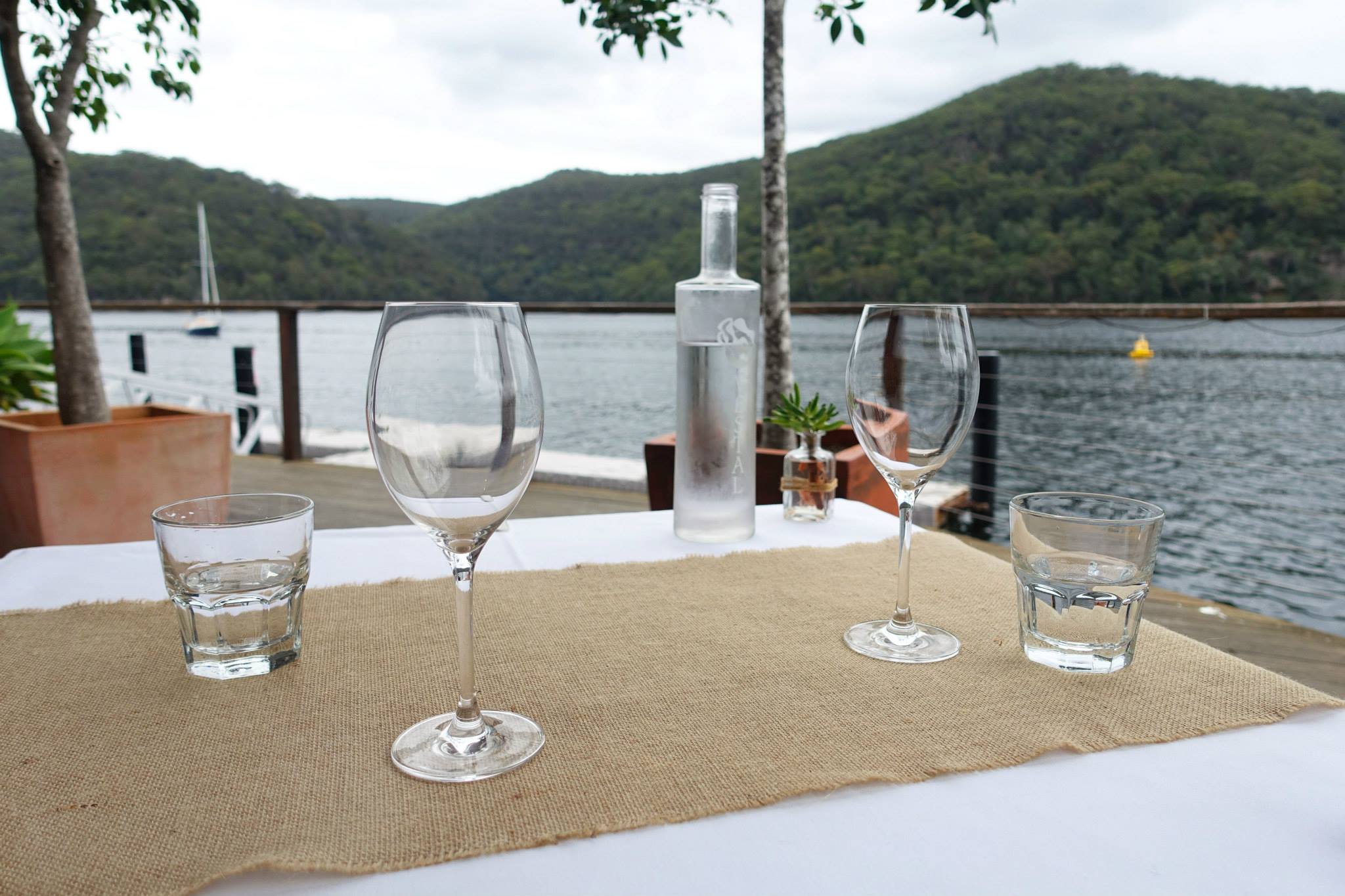 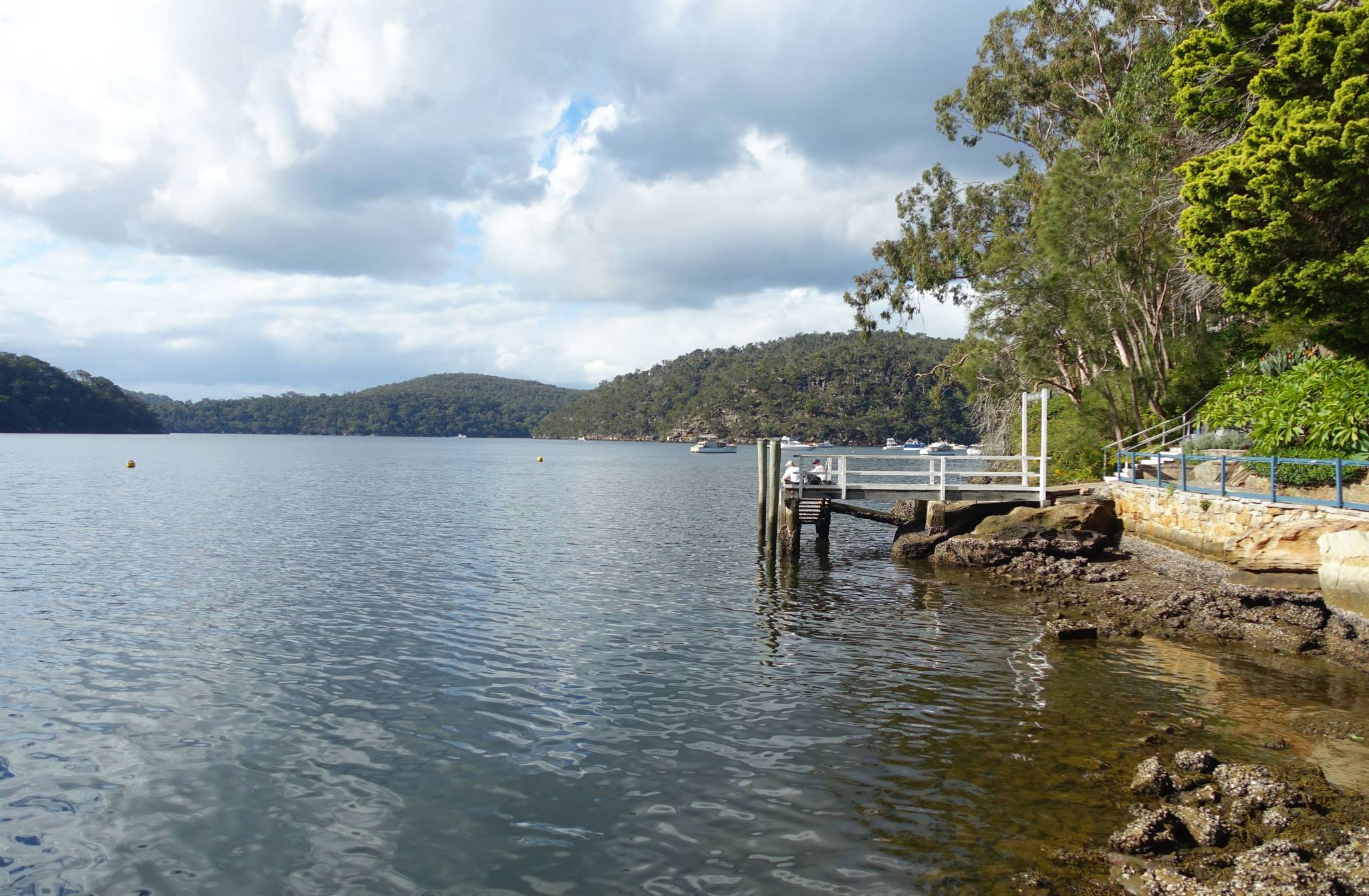 As you can see from the photos above, the view is pretty hard to beat. As we were seated al fresco we were able to have a few walks on the boardwalk in between courses which I thought was really nice and not something you would be able to do at the majority of restaurants in Sydney.