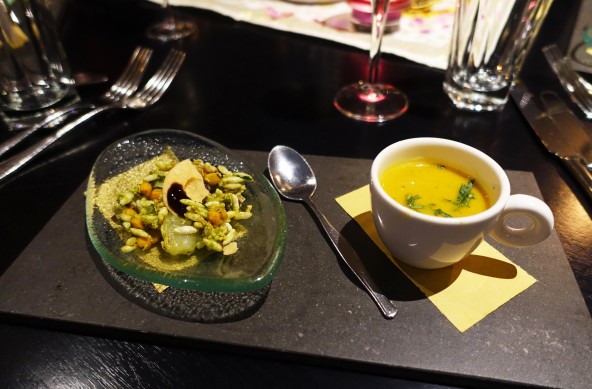 Abhis Indian is considered by many in Sydney as one of the best Indian restaurants in the city and is the sister restaurant of Akis at Woolloomooloo which has been awarded a coveted chefs hat, both are named after Chef Kumar’s two sons – though arguably Aki got the better deal 😉 The restaurants both serve up traditional dishes and new inventive dishes with a fine dining twist.

I had the pleasure of visiting Abhis for their 25th anniversary where a special 25th Anniversary Menu was being served, keep that link open because there were a lot of dishes to keep track of!

I was absolutely famished when I’d arrived at the table so it was great to find the entrees arriving so quickly. The soup was a nice warm starter for a cold winter day and the scallop and kingfish were fresh, similar to a ceviche but with a whole different taste and texture from the accompanying wheat and rice crisps. 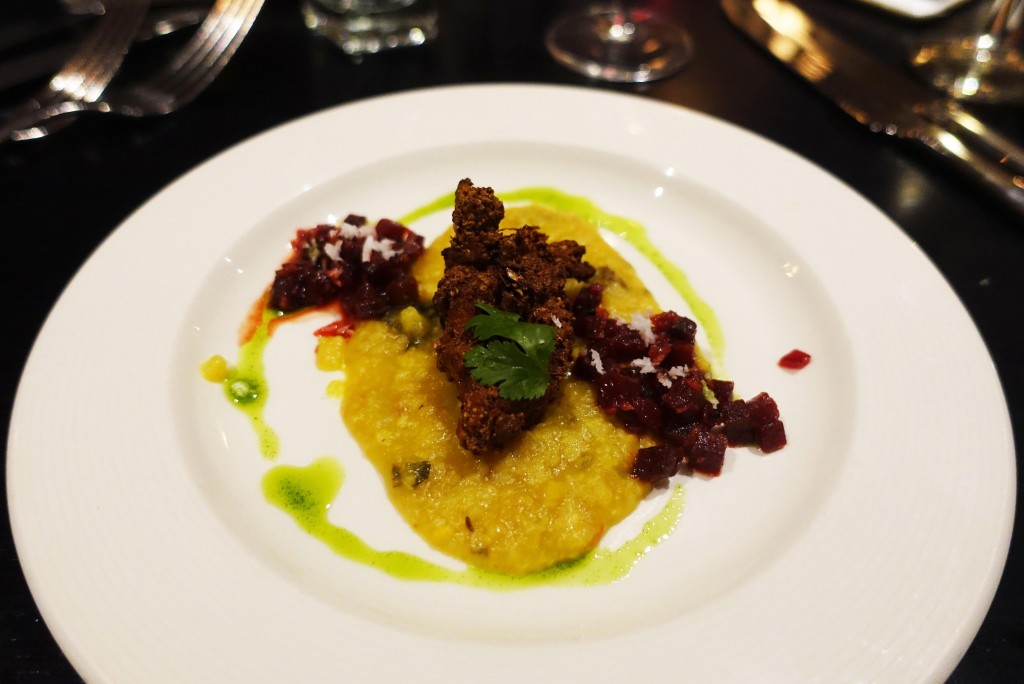 This particular dish admittedly doesn’t look like much in this photo but was probably one of my favourites. It consists of a bean based curry with mushrooms, pomegranate and lotus topped by crispy chicken and diced beetroot. The abundance of spices and ingredients is what makes Indian food absolutely delicious. 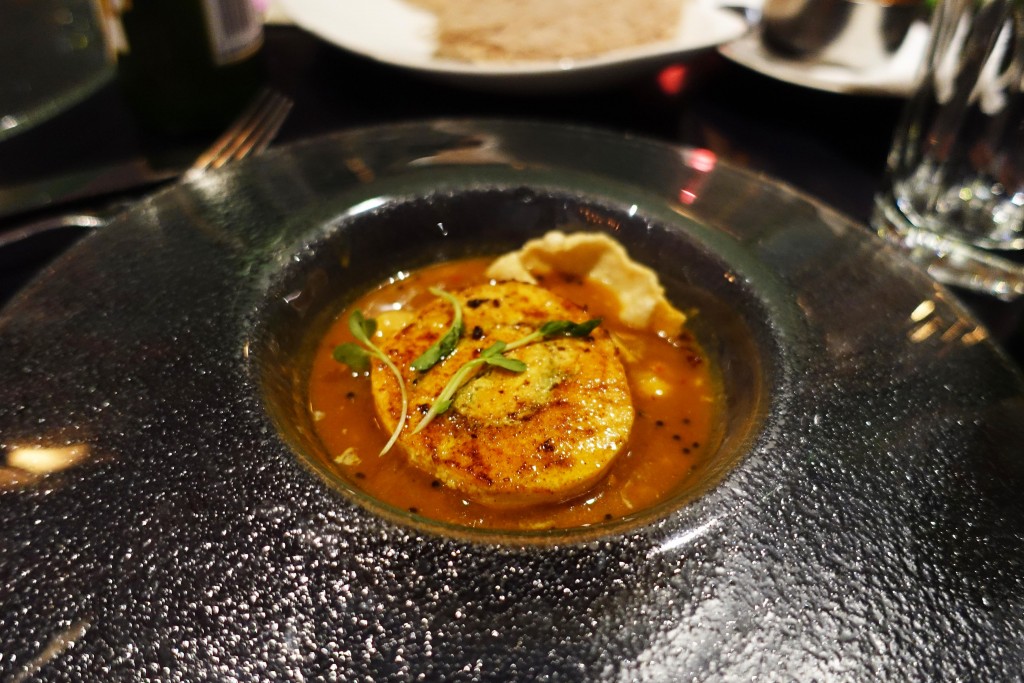 I was told beforehand that the salmon dish was one of the best and I can see why, very tender fish doused in an tangy orange and tamarind based sauce makes for one tasty meal. 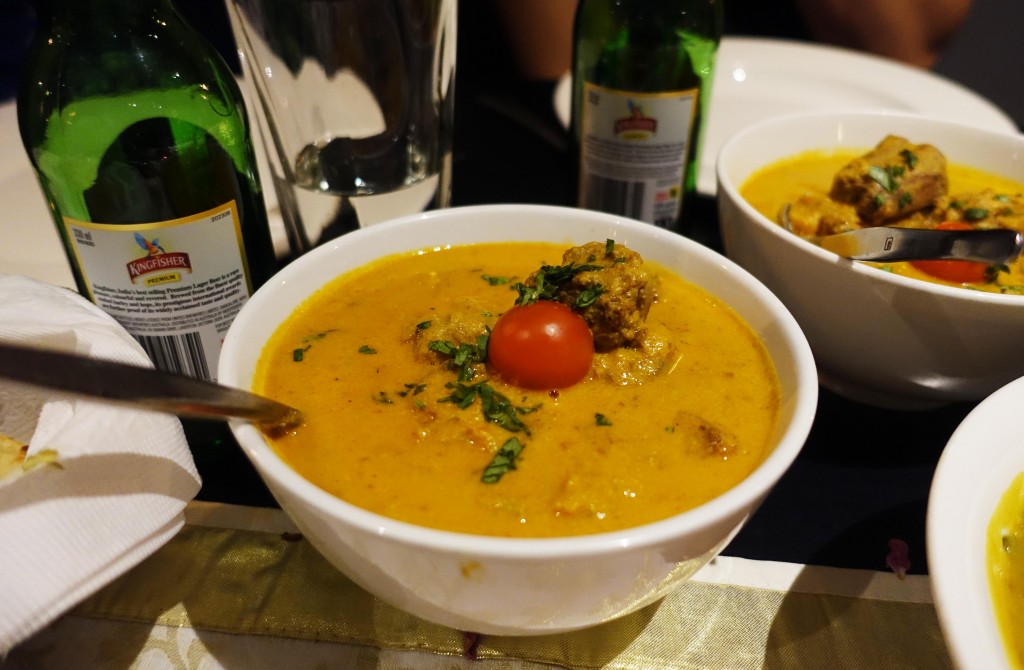 This lamb curry was one of the mains to arrive on the table and it was hard to stop myself having what I believe was at least three servings of the deliciously creamy and rich curry with tender pieces of lamb. 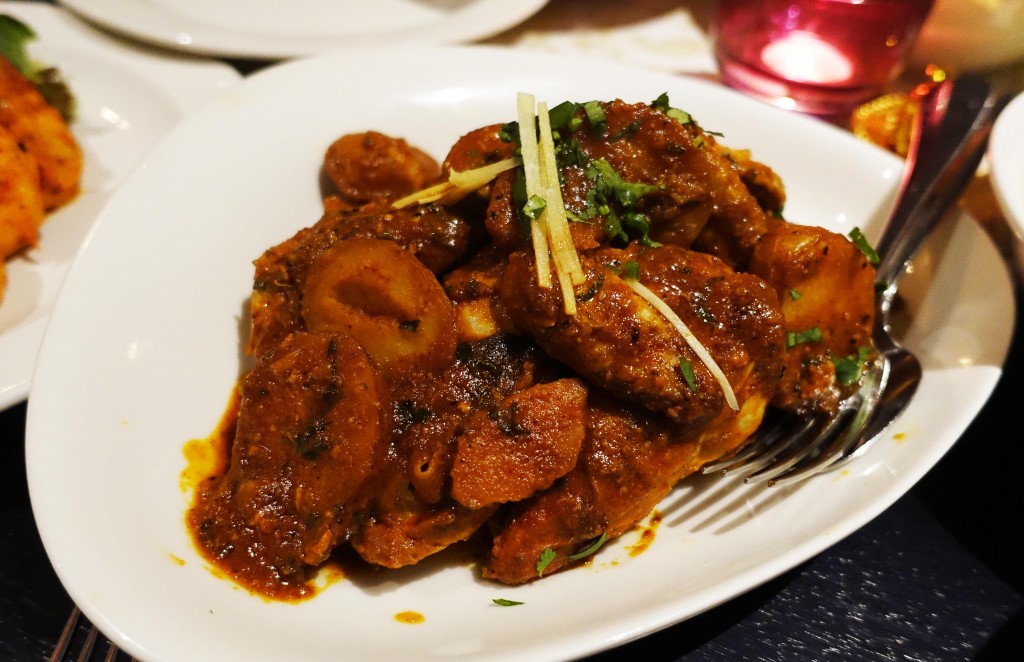 This particular dish was a roast spatchcock served with Goan spice mix, potatoes and onions. I actually think this was my favourite dish of the lot. I loved the taste and texture that game meat possesses and which were enhanced by the delicious mix of herbs and spices. 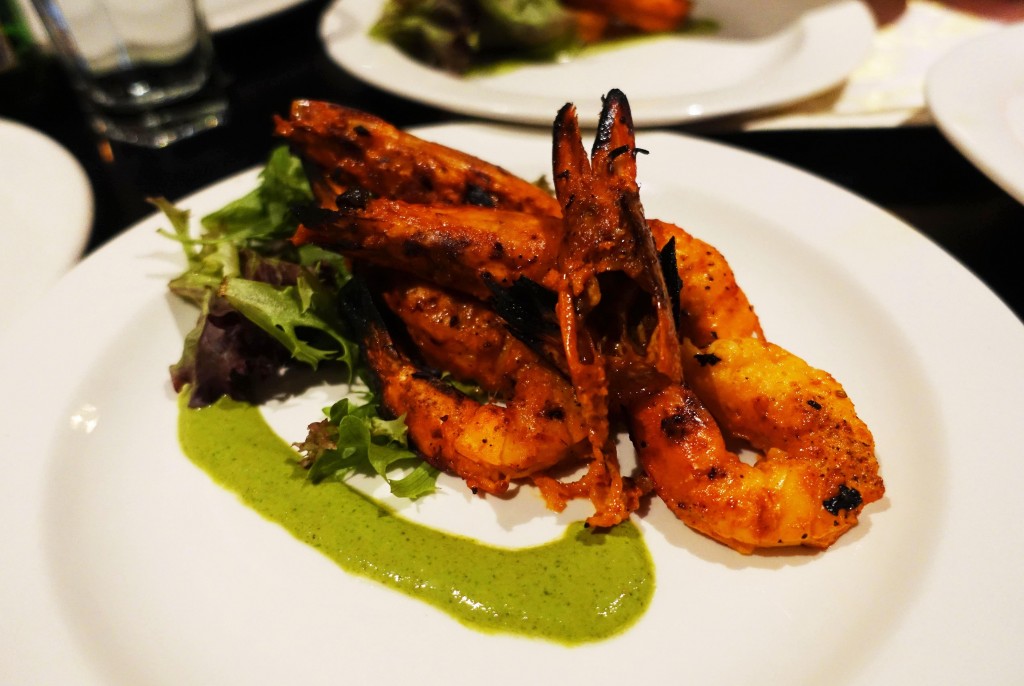 The prawns were clearly fresh as it possessed that delicious texture and taste that you can only get from fresh seafood. The prawns are marinated in various spices including saffron to give it a delicious flavour. 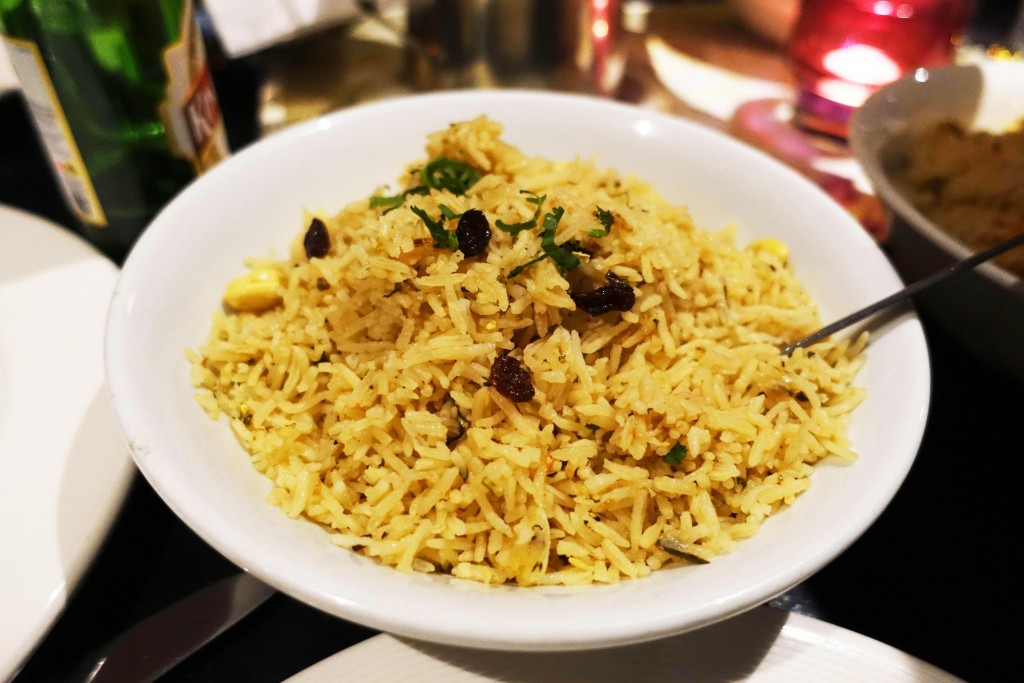 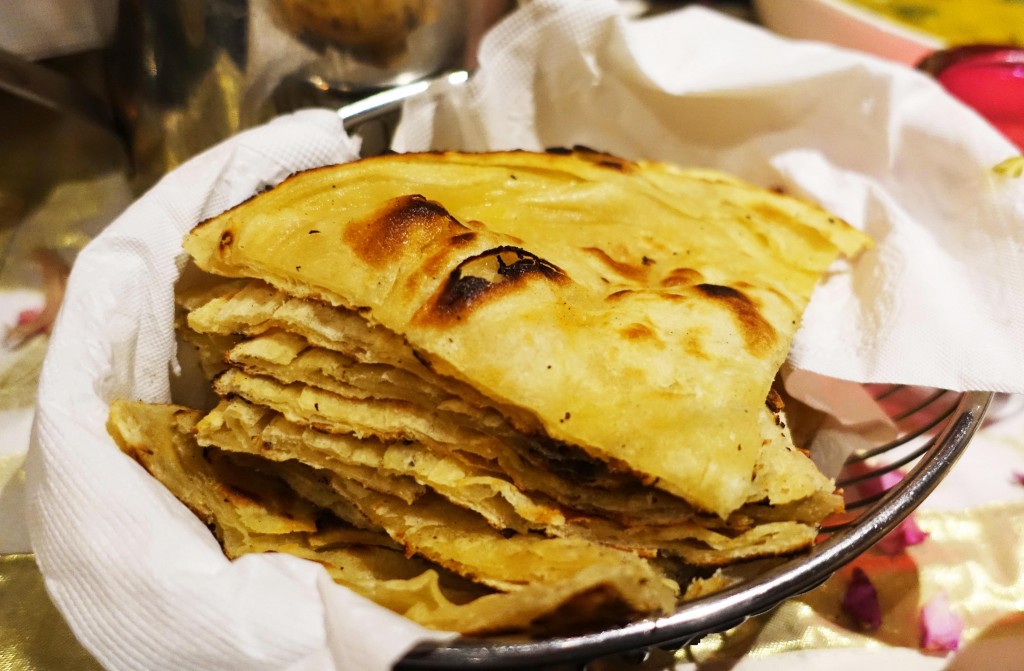 The main course dishes came with a huge amount of rice and roti on the side, how could anyone simply even try to say no to so much delicious carbs? 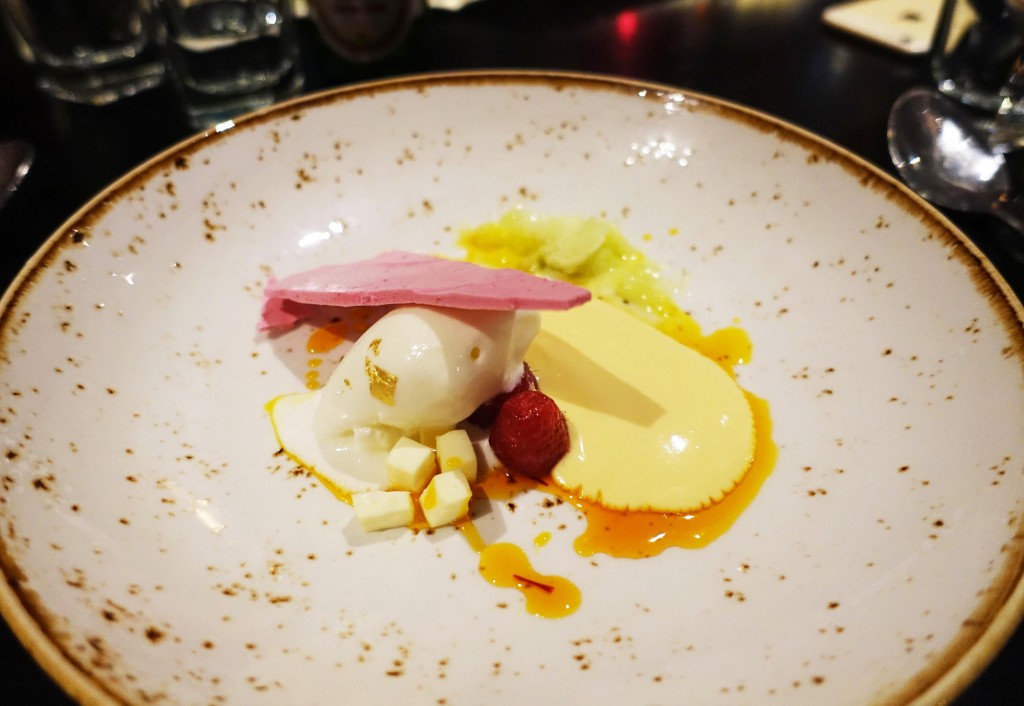 The dessert course was a nice and welcome change to the spice heavy dishes that preceded it. The aptly named raspberry cream was wonderfully light and consisted of various dairy based dishes including goats milk sorbet, vanilla custard and yoghurt shards. Note the gold flakes on the ice cream 🙂 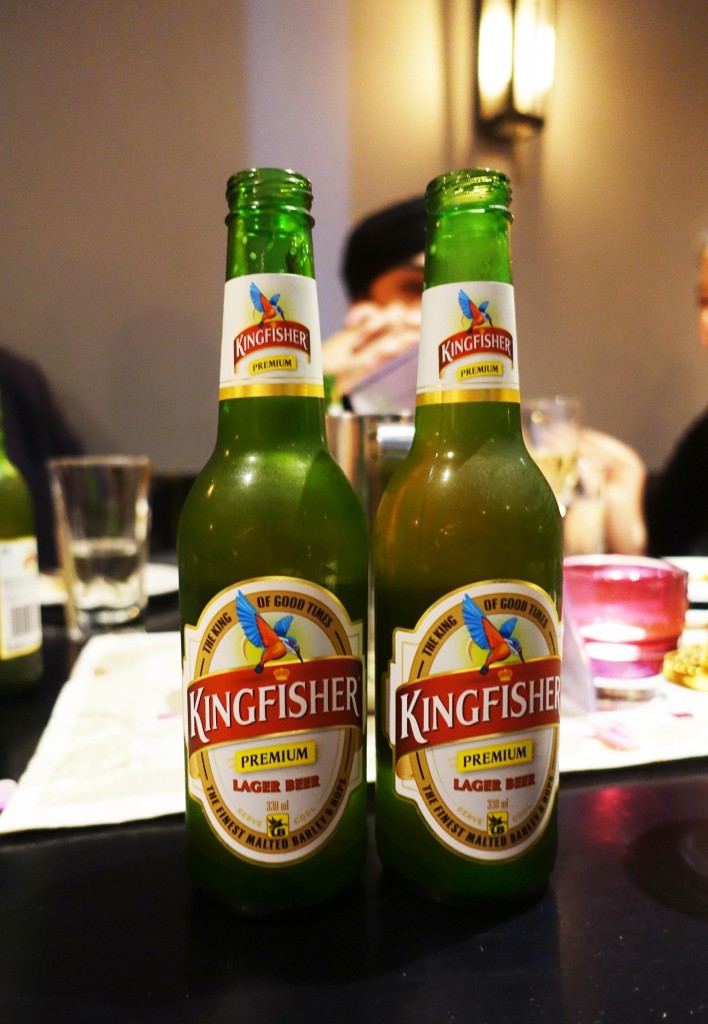 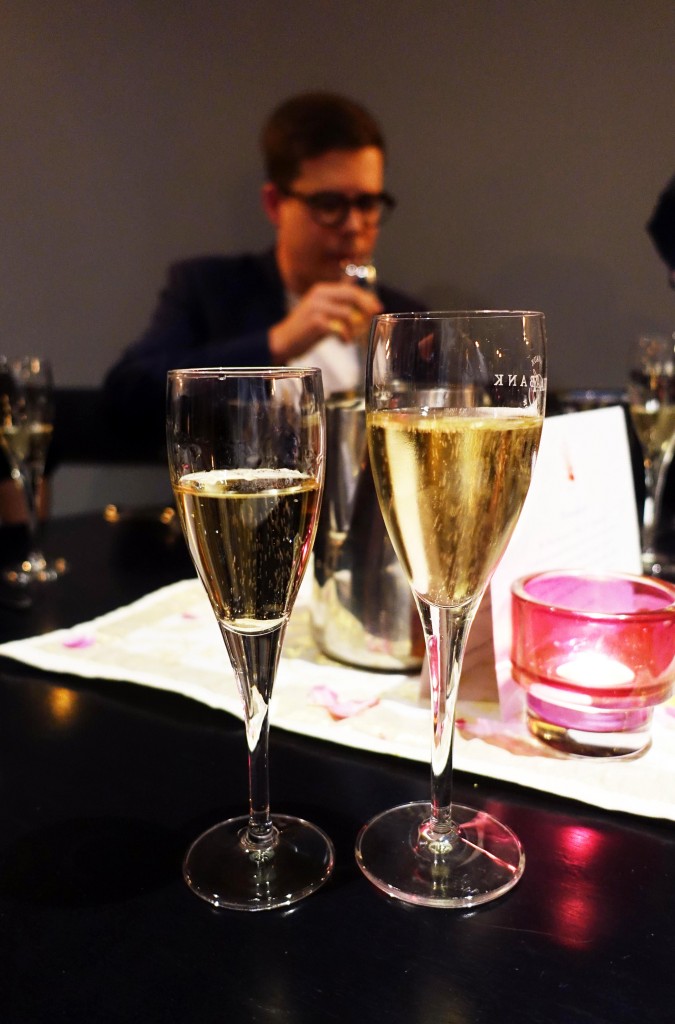 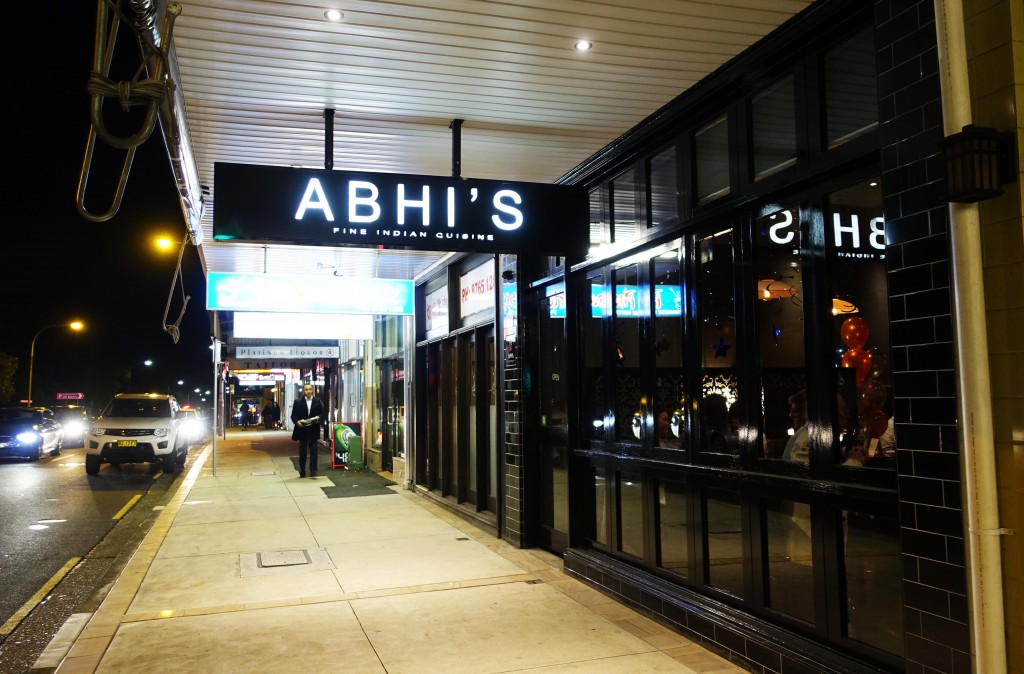 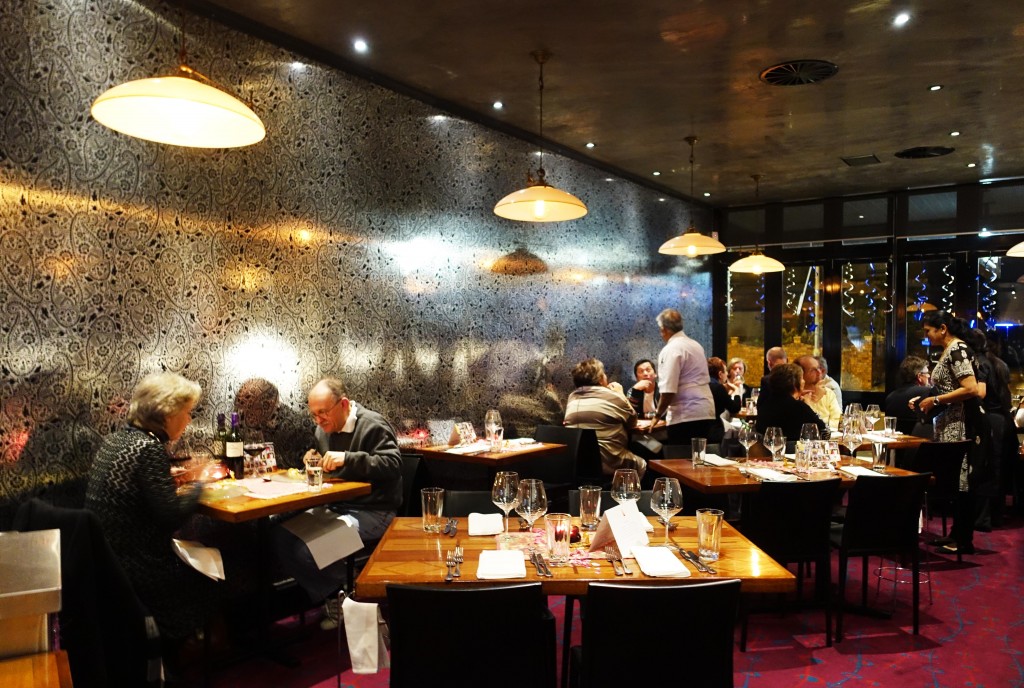 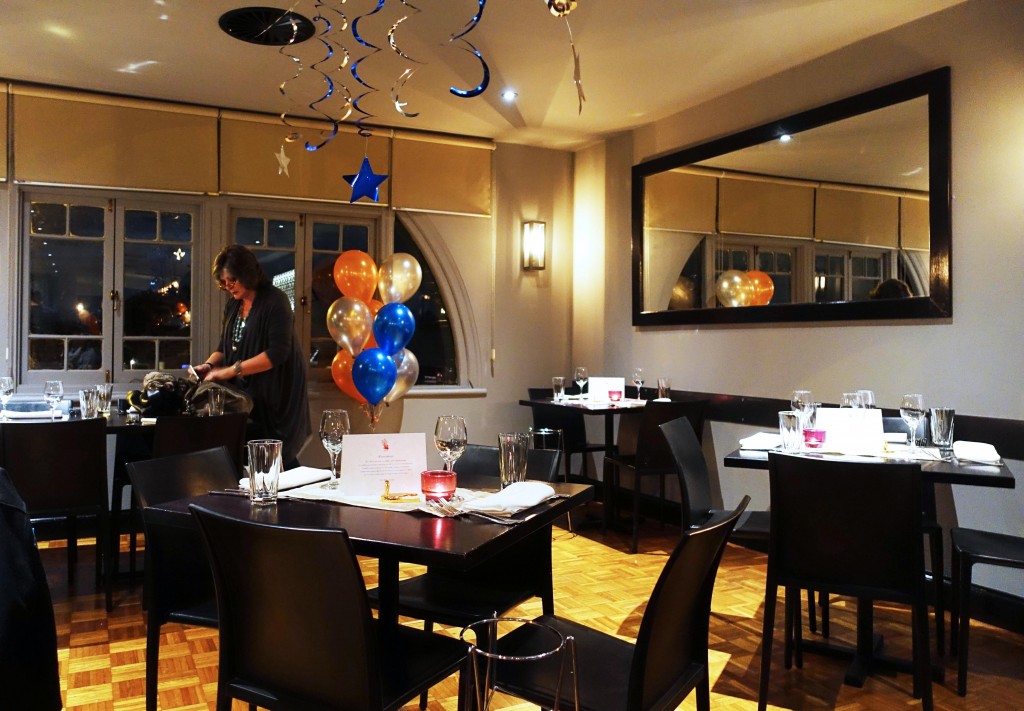 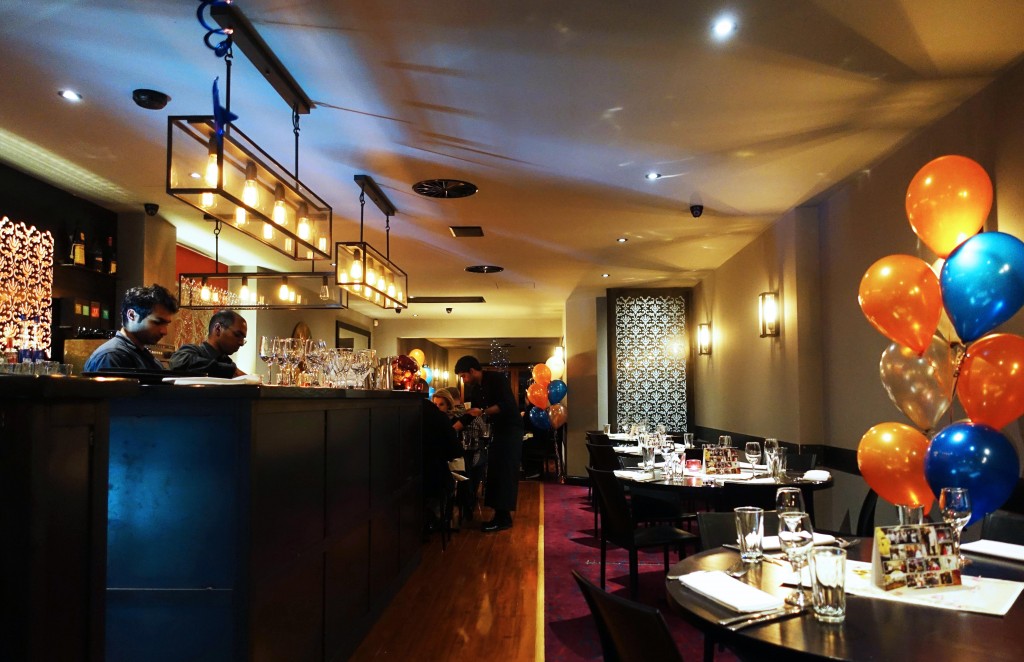 I definitely enjoyed dinner at Abhis and I’m glad that I finally got to try it after I’d been meaning to visit for so many years. The food is really exceptional and I can see why it’s such a popular restaurant. The venue was packed to the brim even in the middle of the week but retained a relaxed casual and festive vibe.

The Food Diary dined as guests of Wasamedia & Abhis Indian.