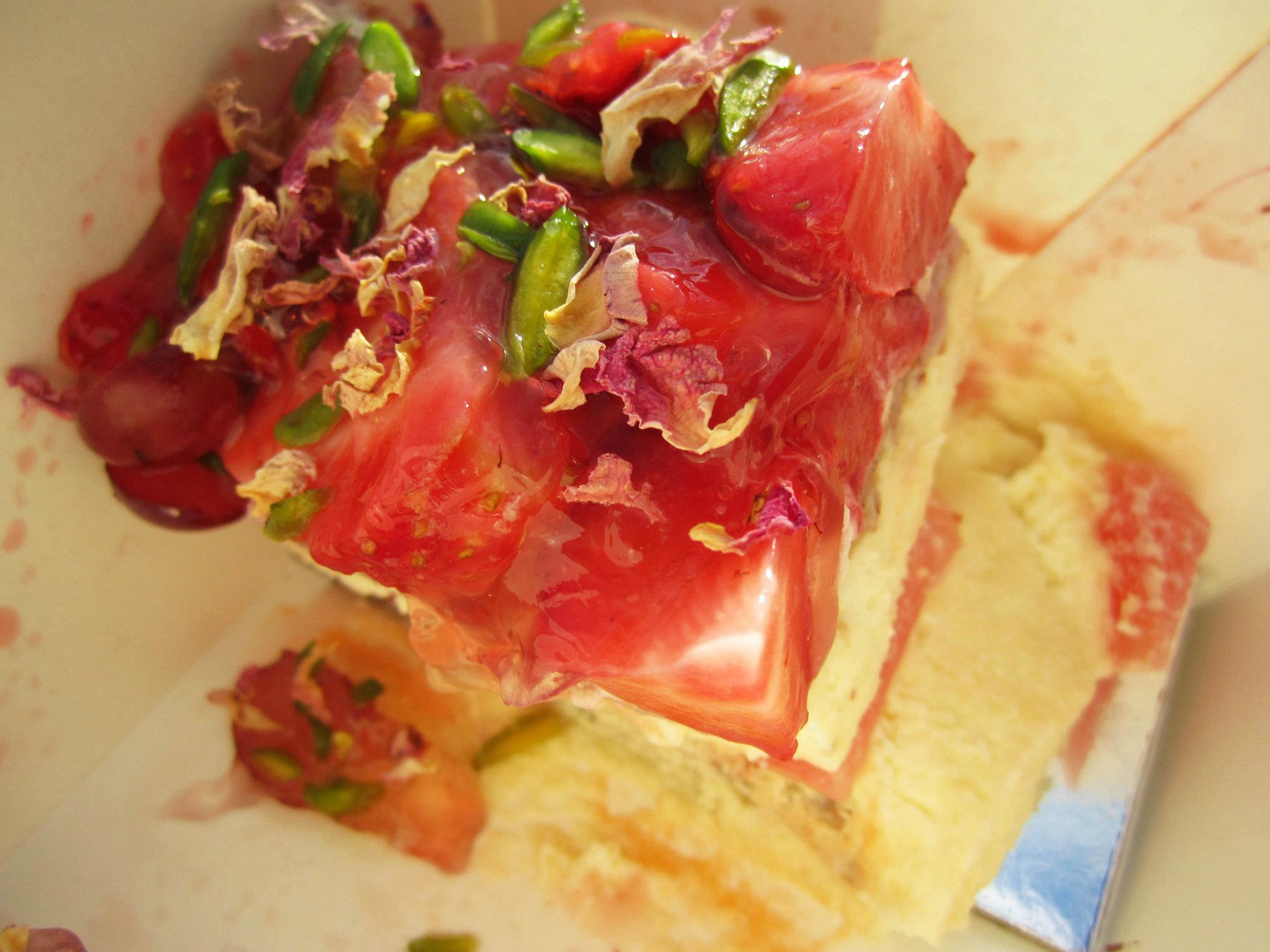 Black Star Pastry opened in 2008 and is now one of the most popular bakeries in Sydney. One of the main reasons Mr C decided to visit here was because he was so curious as to how they earned this reputation. I was a bit skeptical as per usual since Mr C only described they make really good pies and I’ve never been a fan of pies, but turns out this place makes much more than just pies. (Don’t think I saw them sell pies but I’m sure they do.) 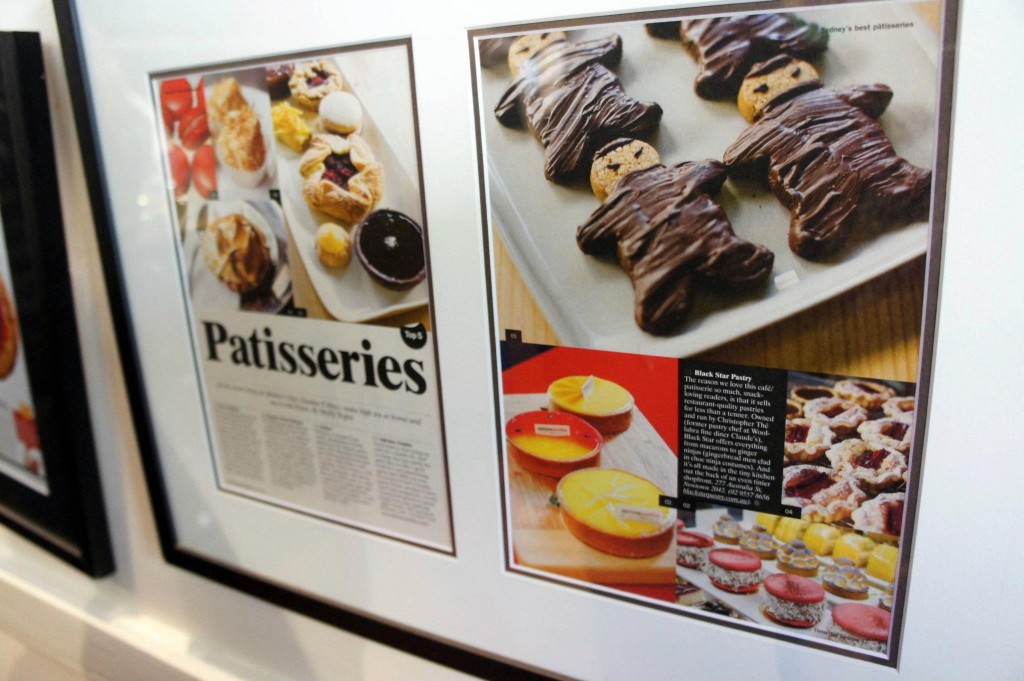 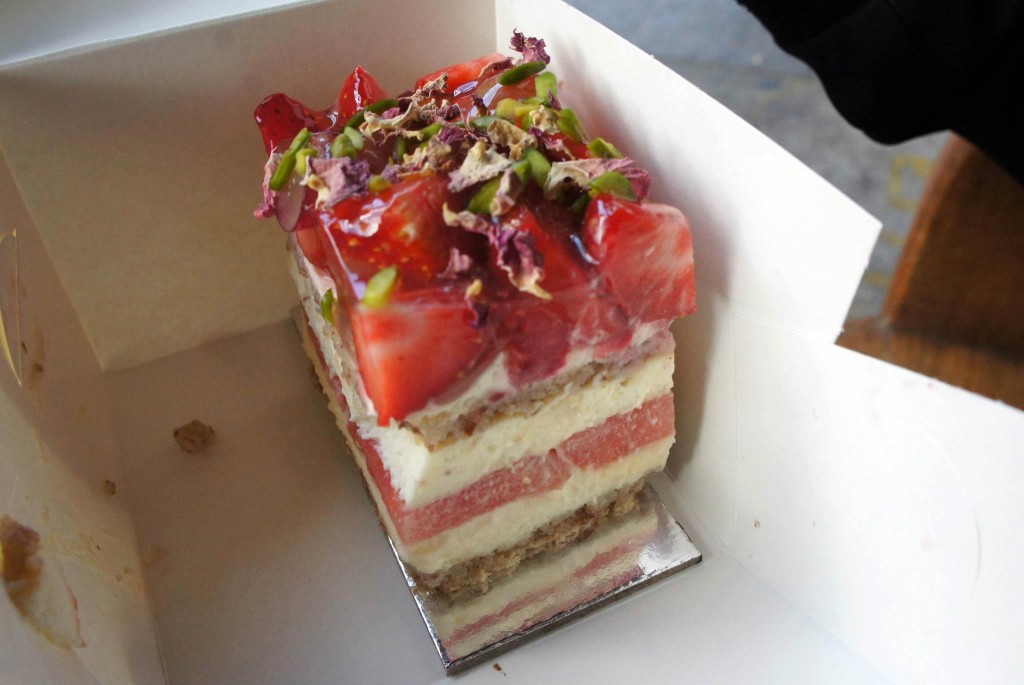 This was the last slice left in the window when we queued. There was a couple who pushed in front of us (who also wanted to order this cake) but they realised and queued behind us. So unfortunately for them, we took the last slice of this and they didn’t look very happy :). Honestly, this tasted so interesting – watermelon in a cake? I’ve never eaten anything like that before, and the cake had a very strong rose taste which was amazing. Kind of set a romantic scene as we were eating it, especially with the sweet strawberries! I really loved the cream and the pastry together!

I actually never liked the taste and texture of cream brulee because I had one from Mammas Kitchen and one at Mizuya and they didn’t taste as good. Maybe they’re madedifferently or something, but this was so much better, a million times better! I loved the pastry. It seemed to have been baked just right, a bit sweet and crunchy but not overpowering. The custard was so perfect with the toffee. I usually save some bites for Mr C but this time, I just ate it all up. It was that good. Now my favorite dessert for now, is cream brulee and I shall order it everywhere I go.

This was suppose to be our main lunch meal of the day. And this was also my first quiche besides the ones I had on the airplane before. Honestly, this pastry was really good, the crust was a bit fluffy and crunchy, doesn’t leave a dry texture in your mouth. The quiche itself? Filled with mushroom goodness. I couldn’t really taste much of the herbs, but the quiche definitely had a strong mushroom taste to it. 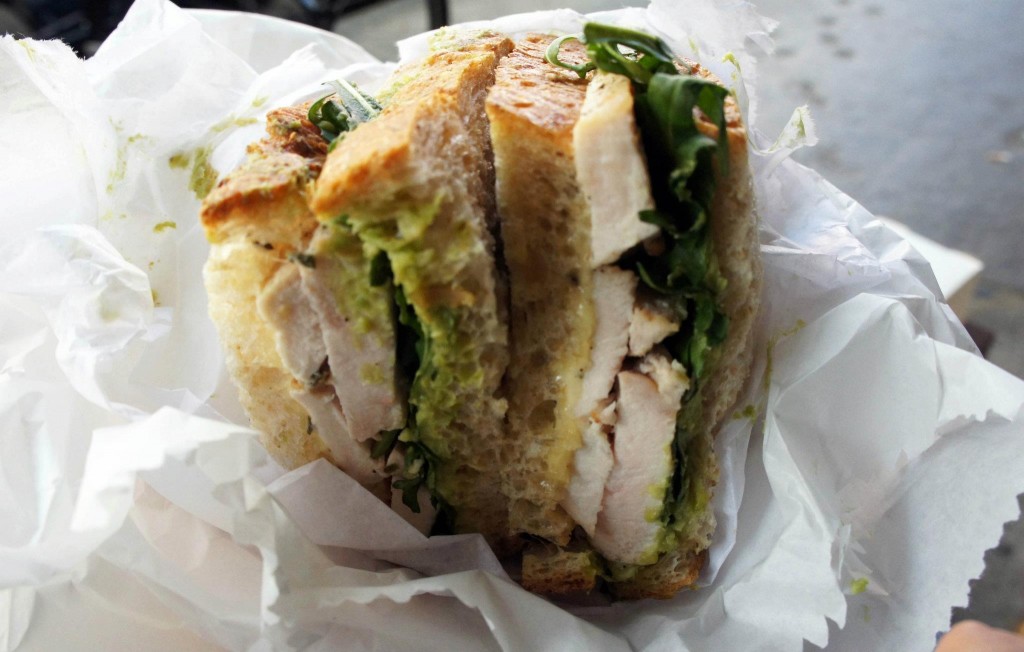 Can’t say this was the BEST #1 delicious sandwich ever because it tasted quite average. We were suppose to get the mushroom sandwich one or something but unfortunately it was sold out 🙁 And Mr C being a healthy kid, ordered this as a second alternative.

Black Star Pastry is a great place for a quick and cheap lunch, it does get a bit crowded at times so get in early and be prepared to line up!