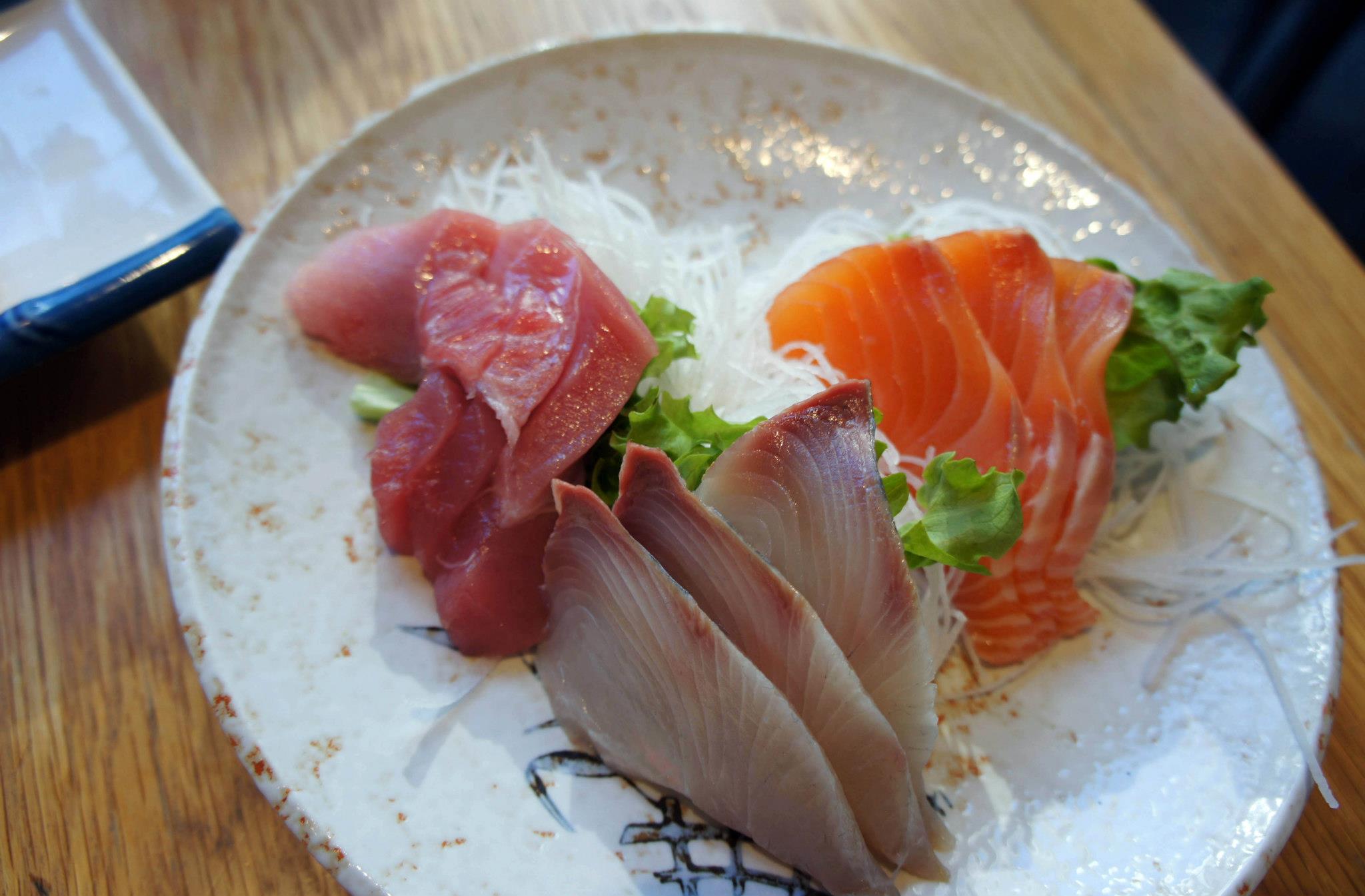 Delicious Sashimi, you can probably tell from the photo that it was extremely fresh and crisp, this indeed holds true for every dish with raw fish served up at Sushi Tei.
Sushi Tei
is one of the premier sushi joints in Sydney, they also have branches in many other cities around the world, although the name suggests they specialise in sushi they do in fact have an extensive menu covering all kinds of Japanese cuisine aside from Sushi and Sashimi. 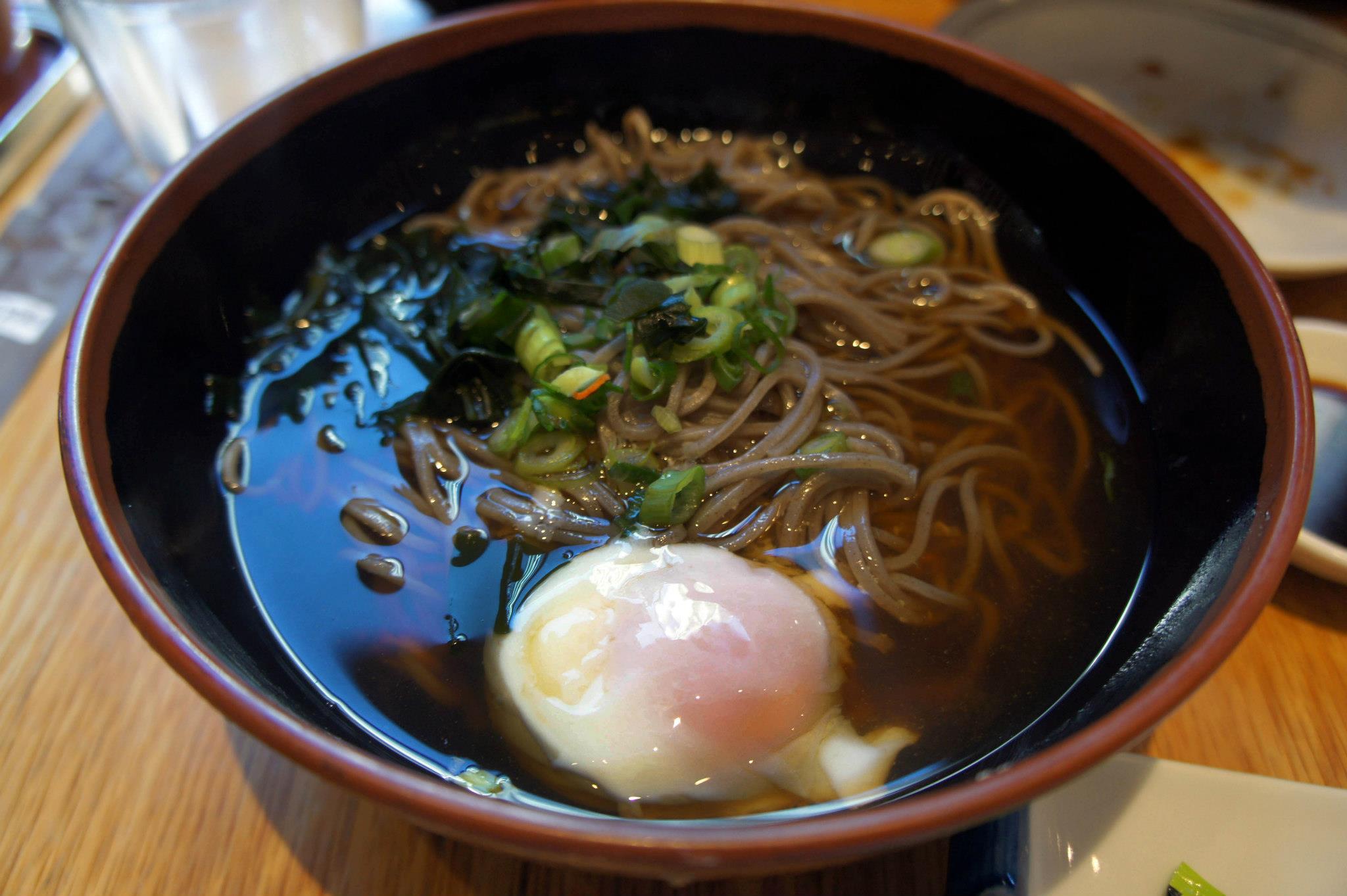 We normally go to Mappen for soba but since we hadn’t had it in so long Miss K wanted to order it here, it definitely tastes just as good but unfortunately it also cost almost twice as much as Mappen, be sure to check out Mappen if you’re looking for a cheap and filling snack! 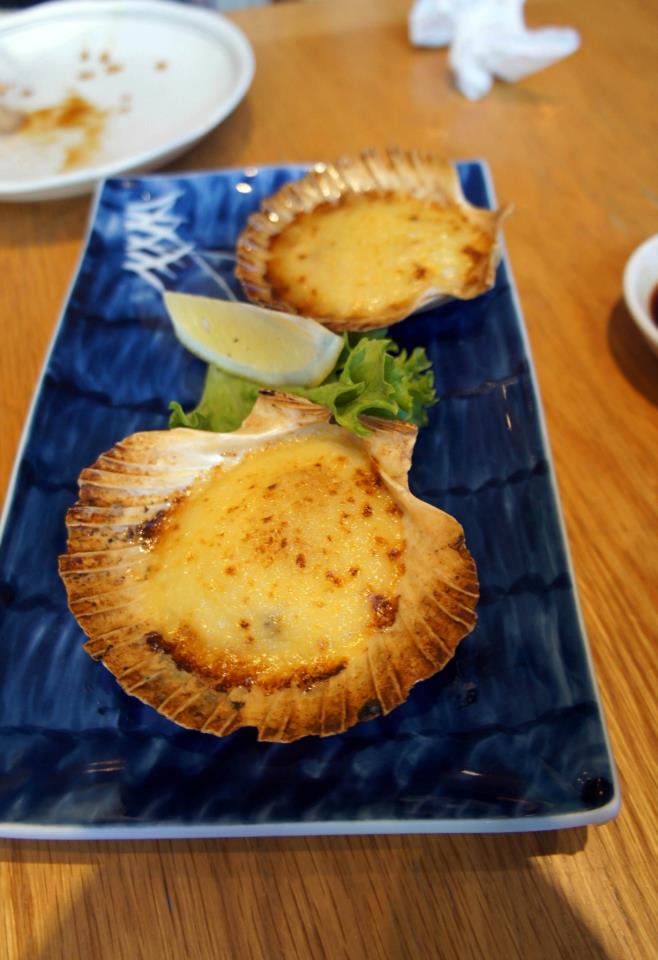 I’m actually not a big fan of whole-shell scallops, I only like the small round white part so this was a bit of a mis-order for me, I didn’t expect it to come with all the other slimy parts 🙁 I’m sure Miss K loved it though because she loves shell fish in general – I don’t like mussels or Oysters either – I’m sure I’ll get chastised for this soon! 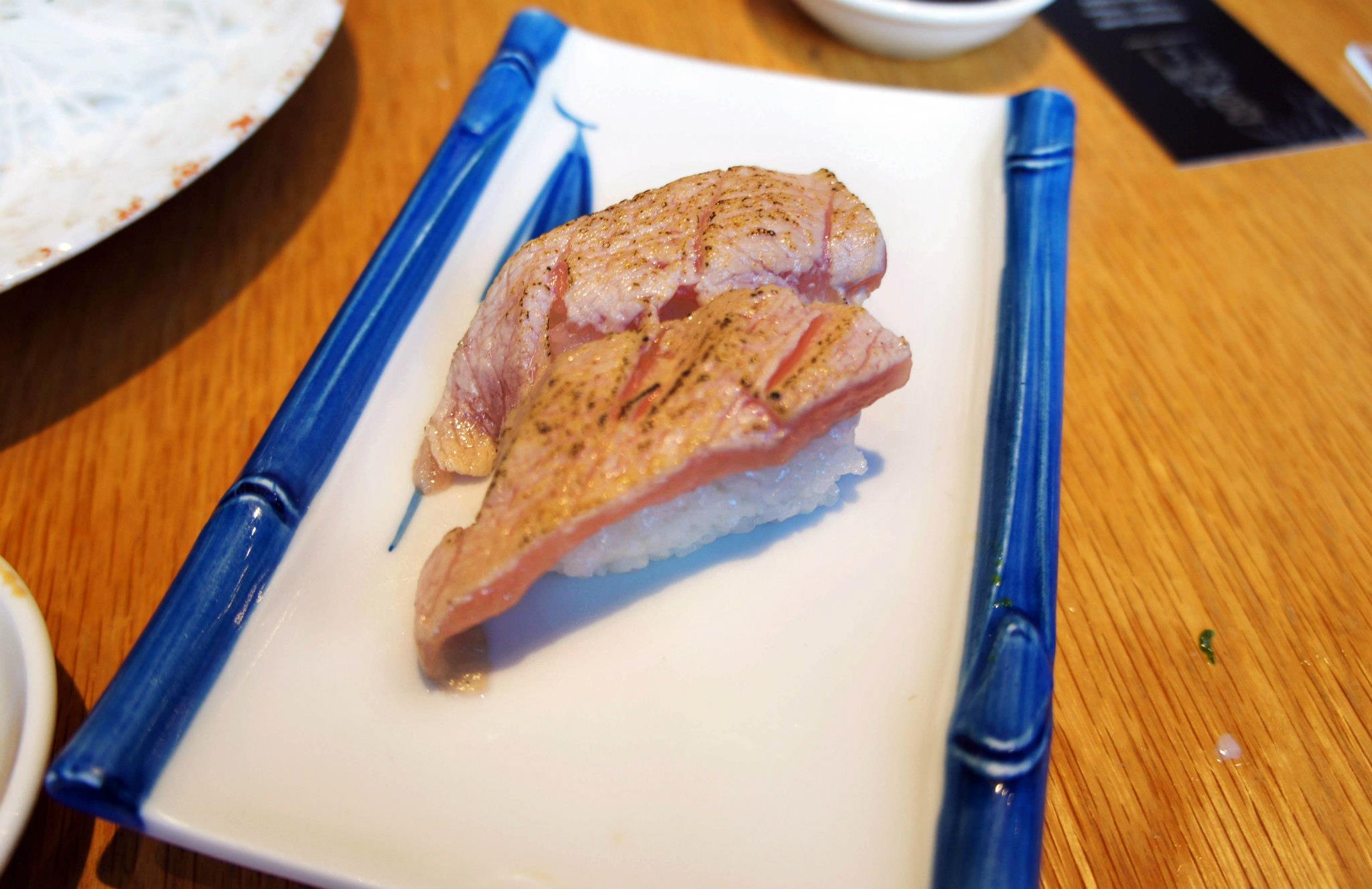 Most expensive tuna sushi I’ve ever had, I only ordered it because Tuna Toro in Japan is famous for it’s tenderness and premium grade fish, it’s easily one of the most expensive dishes there also.
Sushi Tei delivers the same premium sushi but at $5 per piece it easily gets very pricey, good for a one off try but definitely won’t be ordering it again any time soon! 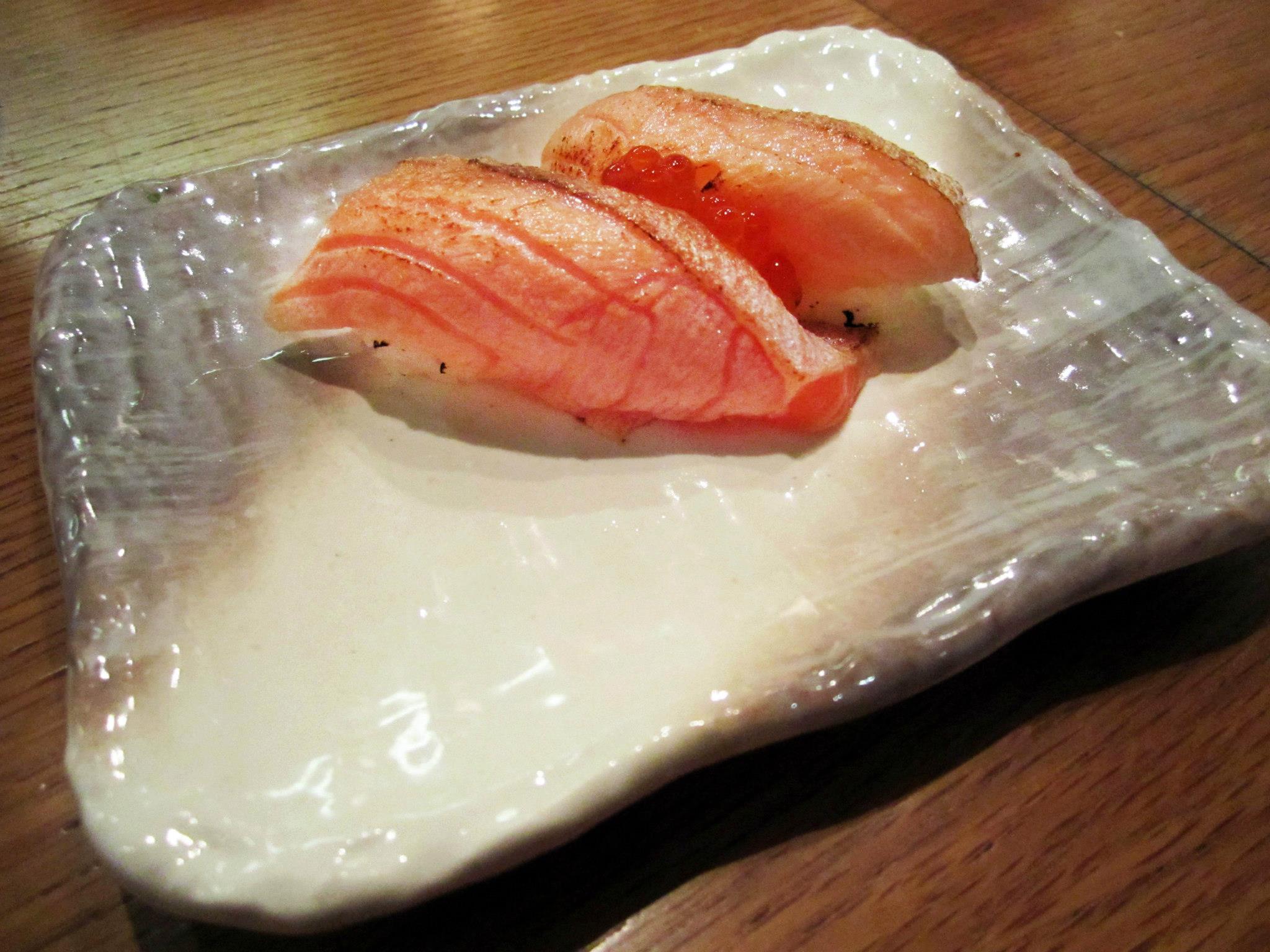 This dish was similar to Tuna belly but didn’t taste as amazing in comparison. At least it was cheaper 🙂 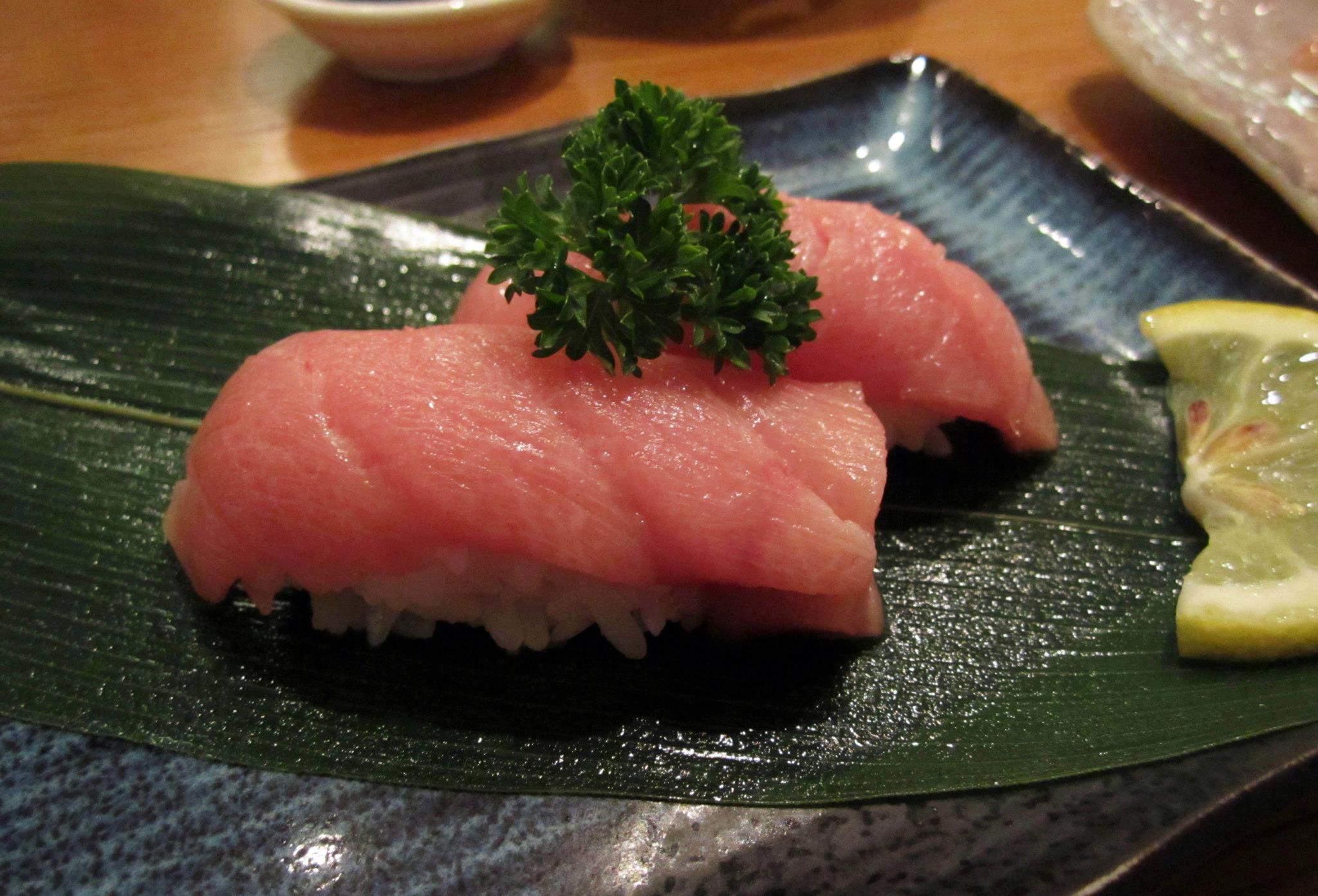 On our second trip to the Liverpool st branch we ordered the tuna belly again – I know I said I wouldn’t do it but this time I went without it being grilled just to see what it was like.
It was a good choice as all the natural flavor was noticeable and the fish was melting in my mouth. 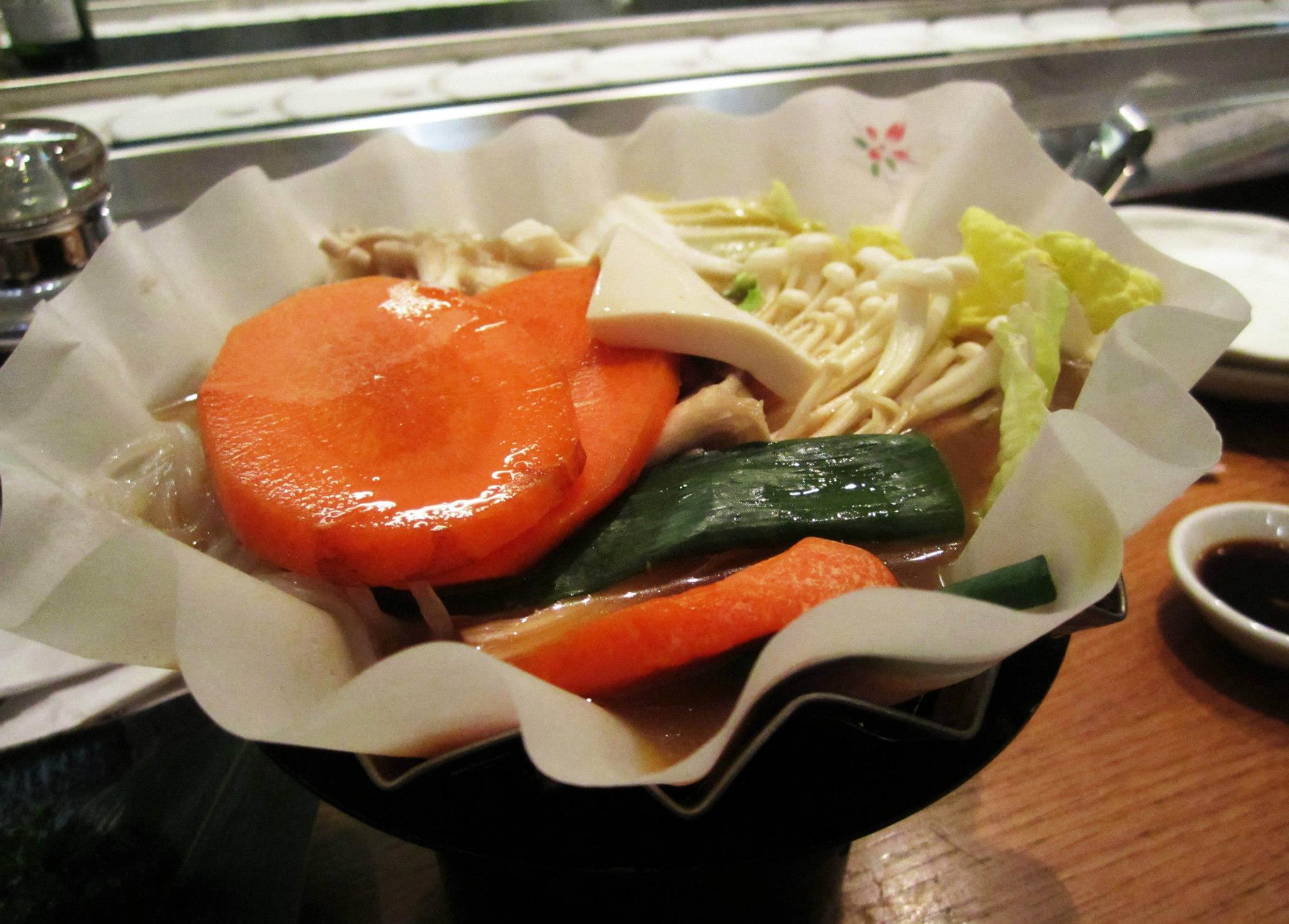 We also felt like hotpot so we ordered the small sized Wagyu hot pot which turned out to be an extremely interesting plate balanced on top of water-proof paper and a somehow fire-resistant one at that.
I ordered the Tonkotsu broth which didn’t go very well, Miss K loved it but I thought it tasted odd with Beef. 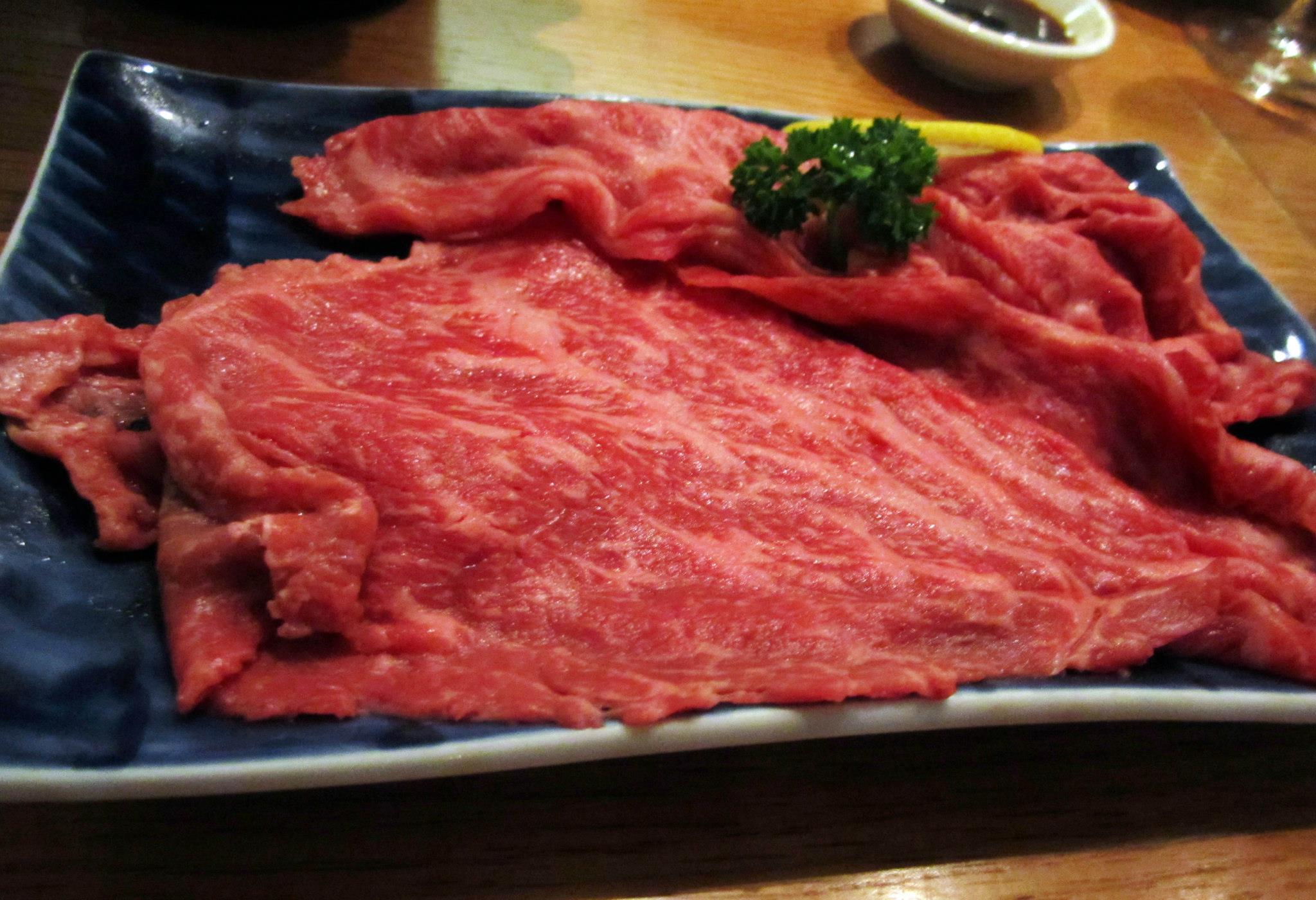 This was the meat that went into the hot pot, very similar to Mizuya but still not where near as high graded as genuine Wagyu available overseas. 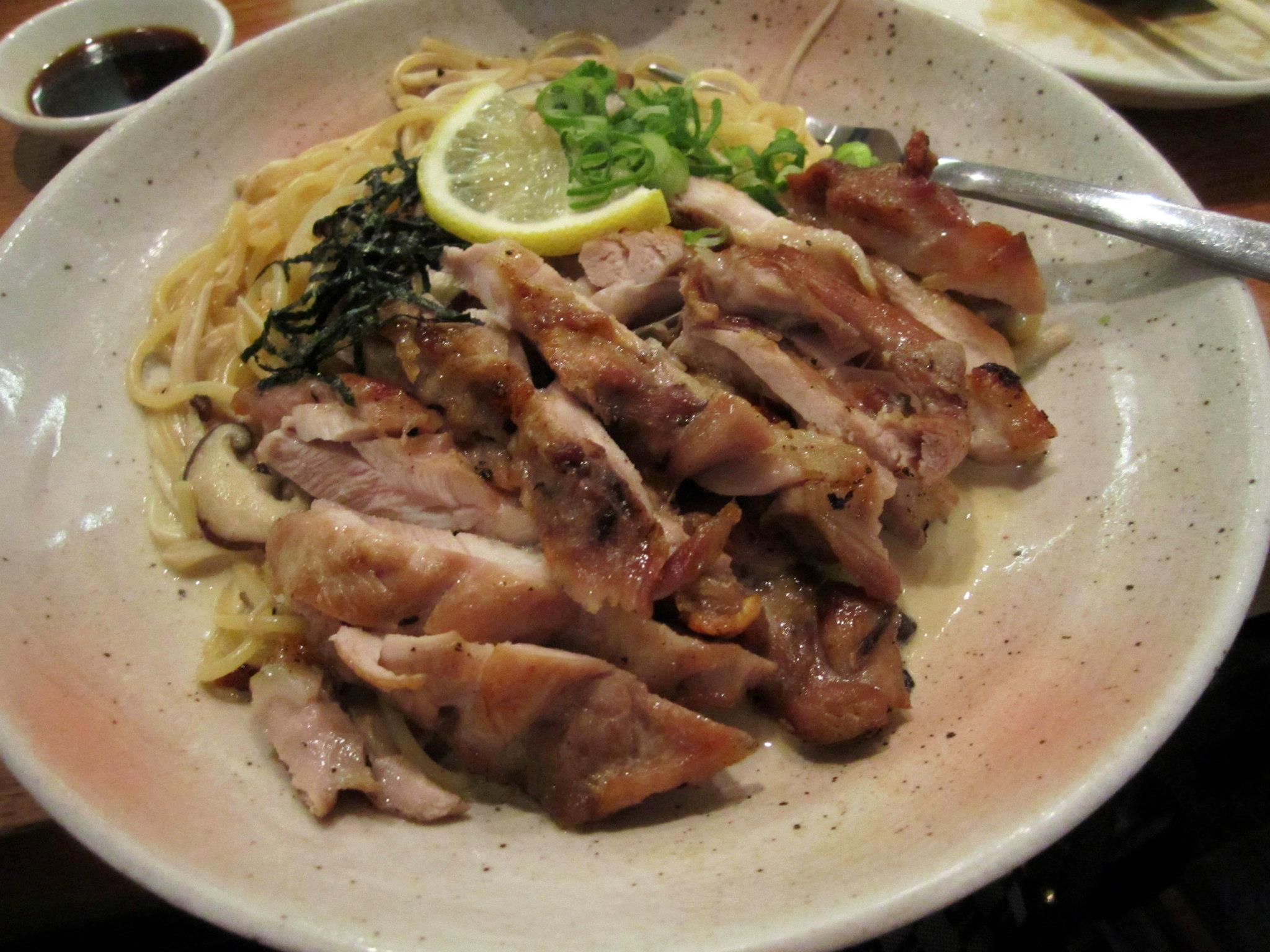 Since we’re normally fans of Japanese style pasta, we decided to order this dish based on the photo. Unfortunately the dish itself was not so great in comparison to places such as Takeru and Wagaya. The cream was lacking and the chicken didn’t taste very fresh (more like frozen).

To summarise the unusually long post by myself, I would have to say that you should stick to the Sushi when dining at Sushi Tei as they tend to have good quality Sushi and Sashimi but not so great mains and other sides they have available on the menu.