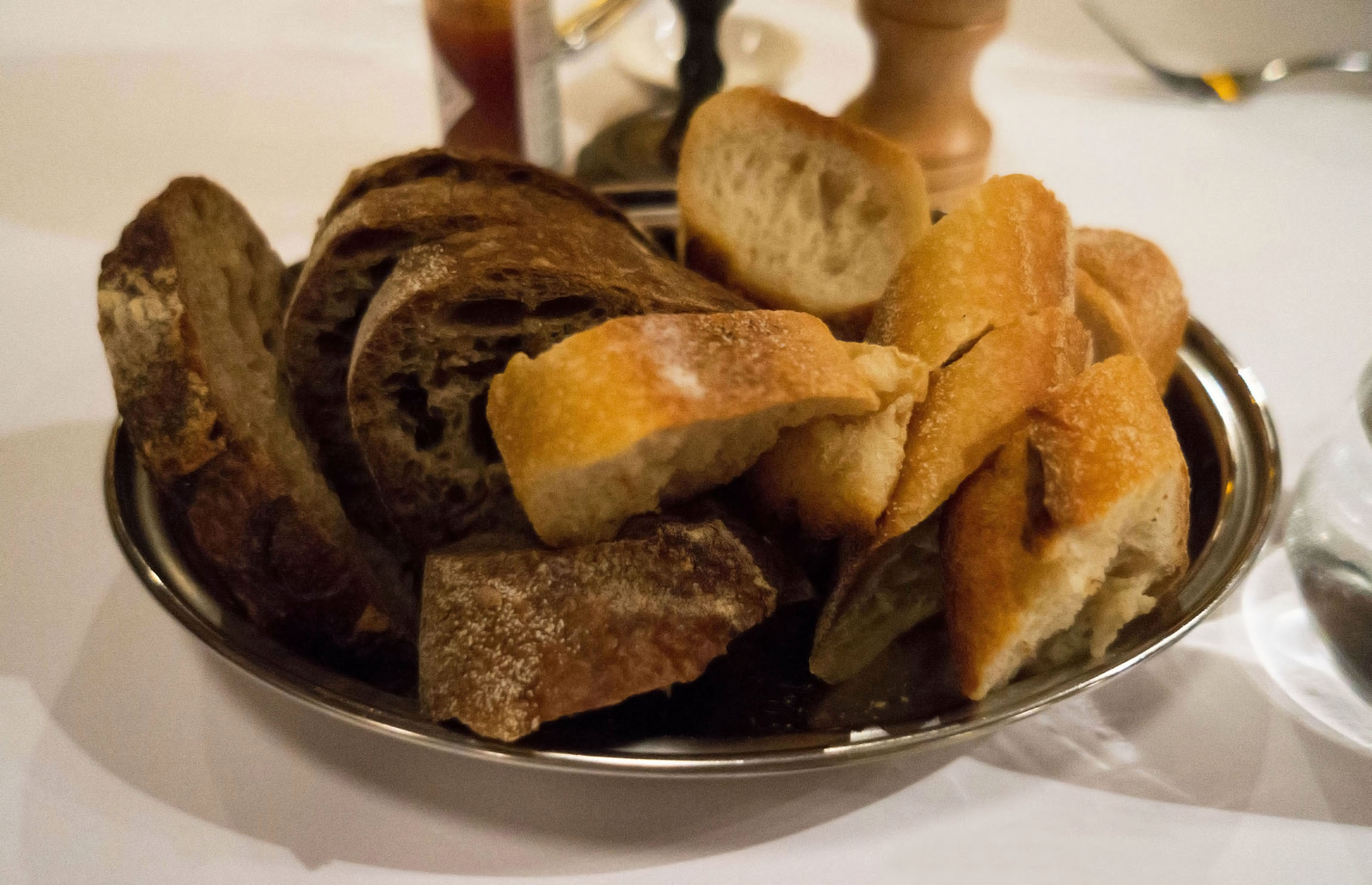 Miss K and I recently visited Felix Bistro and Bar with some friends for a celebration. I was always a bit interested in Felix as good French cuisine seems to be hard to come by in Sydney, Merivale however is well known for it’s restaurants and Felix is no exception – having previously been a recipient of a chefs hat award.

The restaurant is hidden in a nice and cosy little laneway in Wynyard full of other Merivale establishments such as Ash St Cellar, Ucello, Pacha and Ivy. After a little bit of drama trying to get all of our group to the restaurant we finally got started with ordering from the Prix Fixe menu. We also got a large amount of complimentary bread and butter which were suprisingly good. 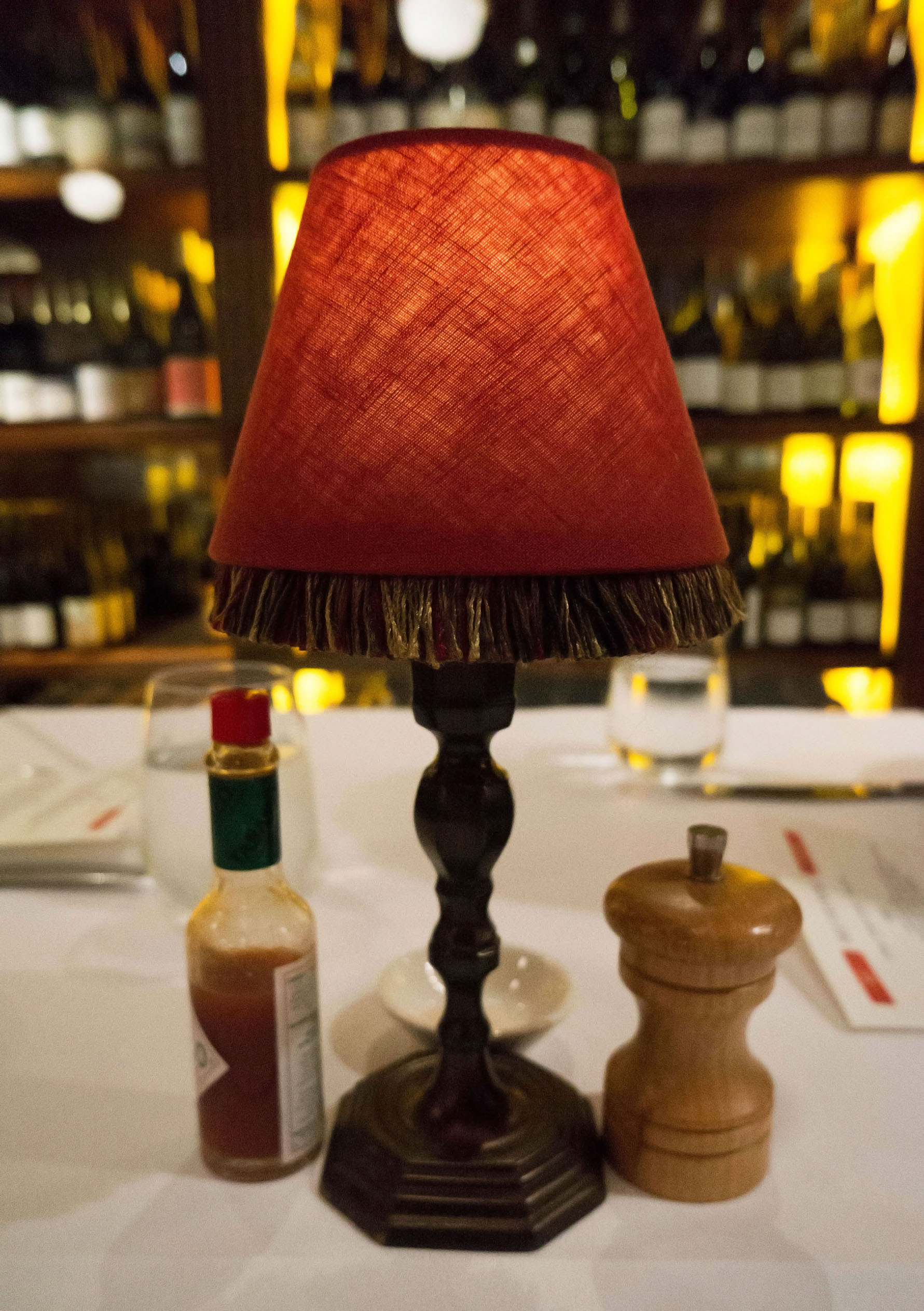 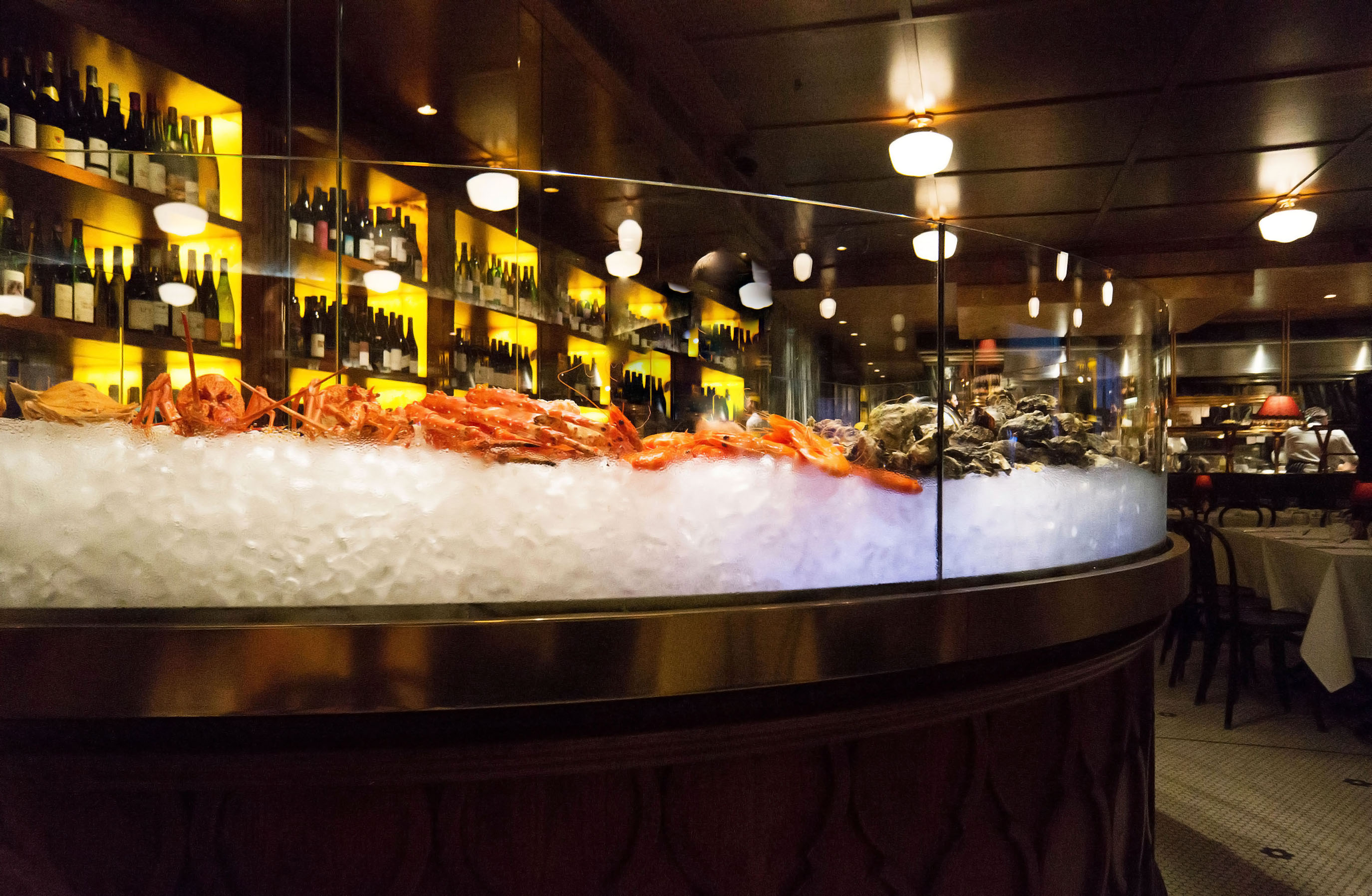 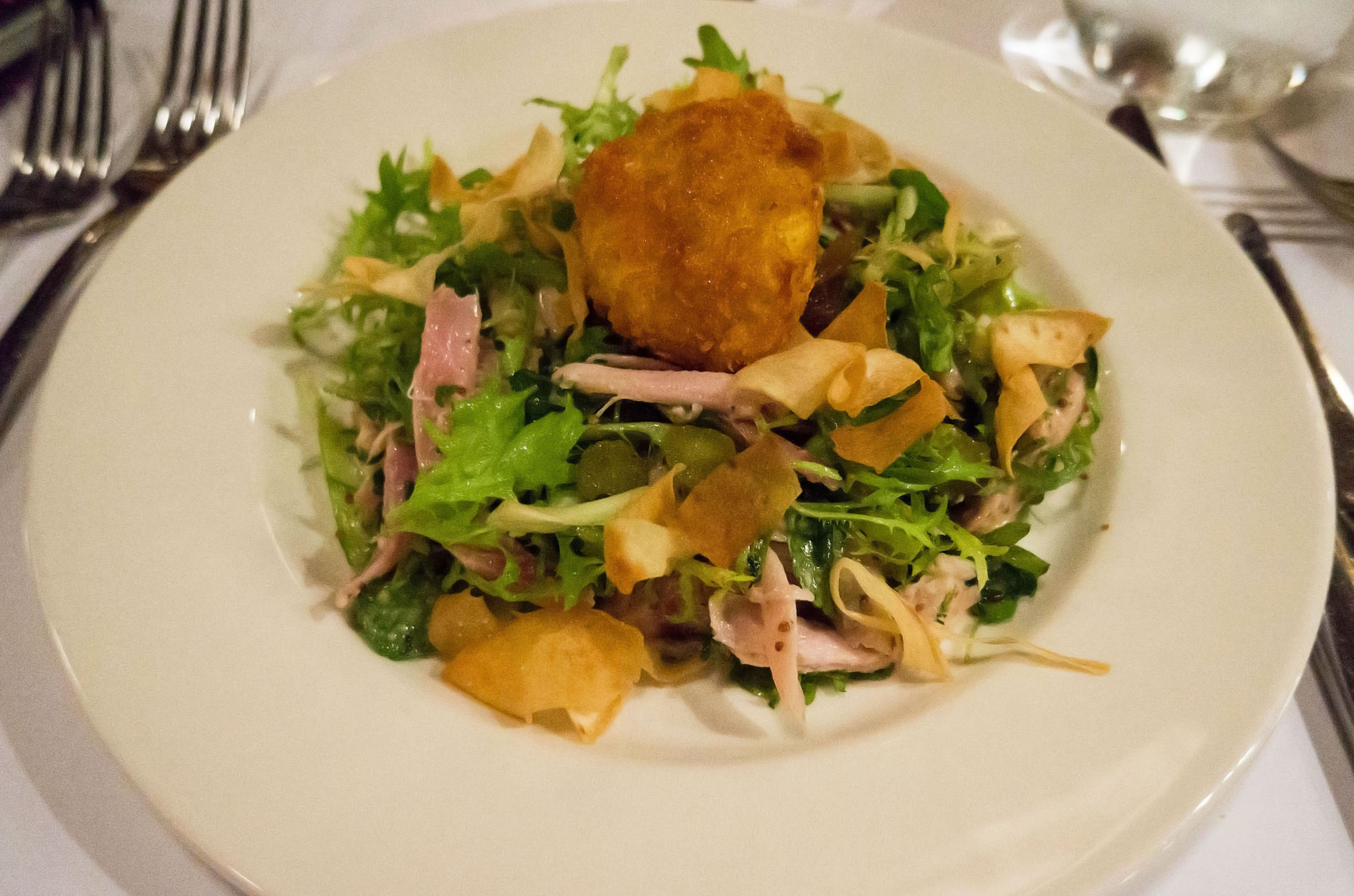 Some of the group went with this dish for starters, after ordering we completely forgot there was a poached egg so poking the little fried ball and discovering it was filled with runny yolk was a little bit of a novelty – Miss K loves eggs and salads so she loved this dish. Overall the salad was light but surprisingly filling with a strong sour (vinegar most likely) and smoky taste to it. 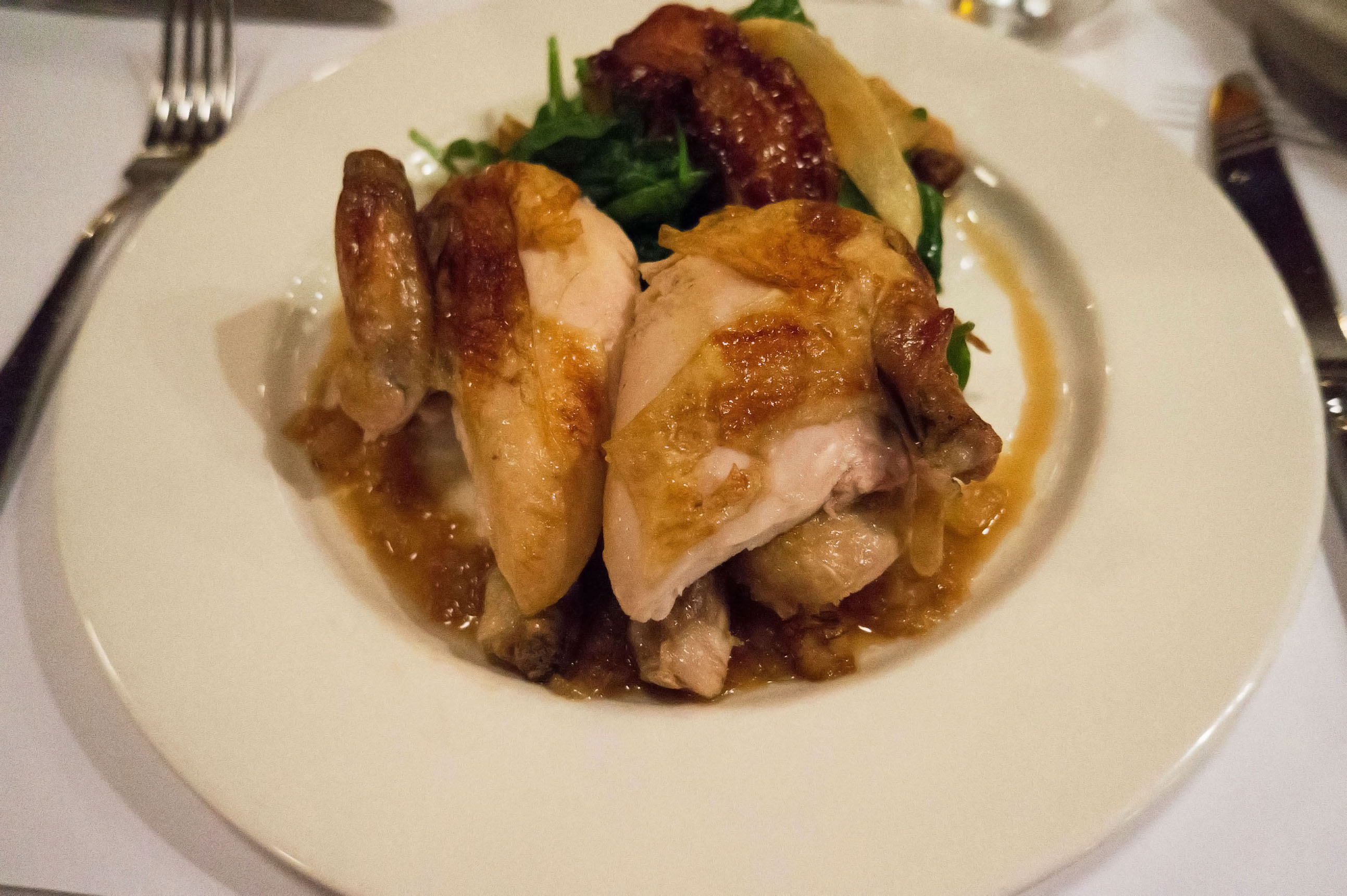 This dish was one I ordered myself, it’s not often I see spatchcock on the menu so I thought I might give it a try and see how it tasted. I have to admit it tasted a lot like roast chicken to me but the dressing and sides went very well with it and I love spinach and artichoke, the meat was a bit more tough and gamey than chicken but not overly so and covered in delicious dressing. 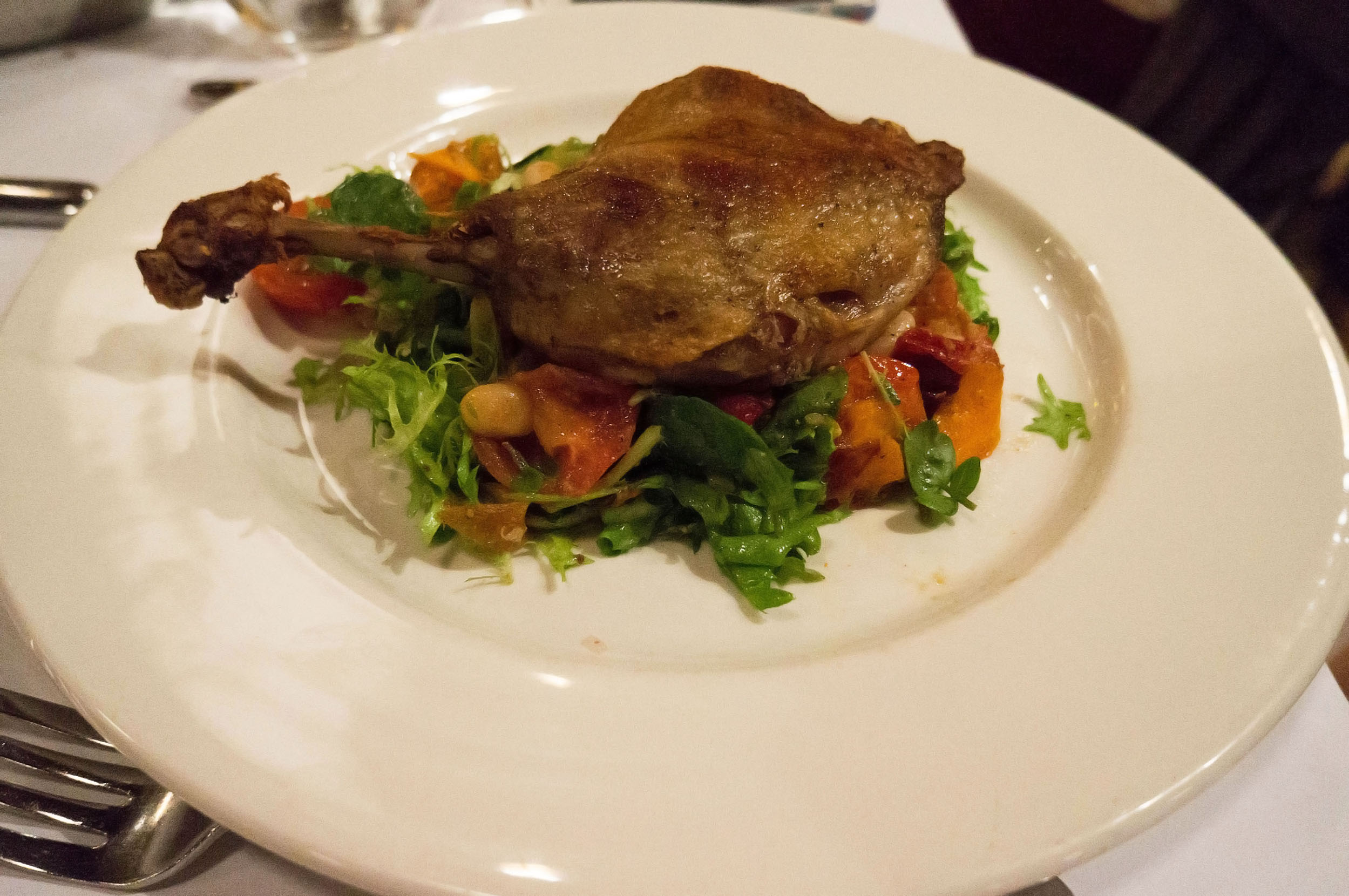 Miss K ordered this dish, she liked the saltiness and the salad that went with it. I tried a little bit of it and didn’t really like the dryness of the duck (it did taste pretty good though), the salad had a lot of beans which I wasn’t a big fan of either so I didn’t enjoy this overall. 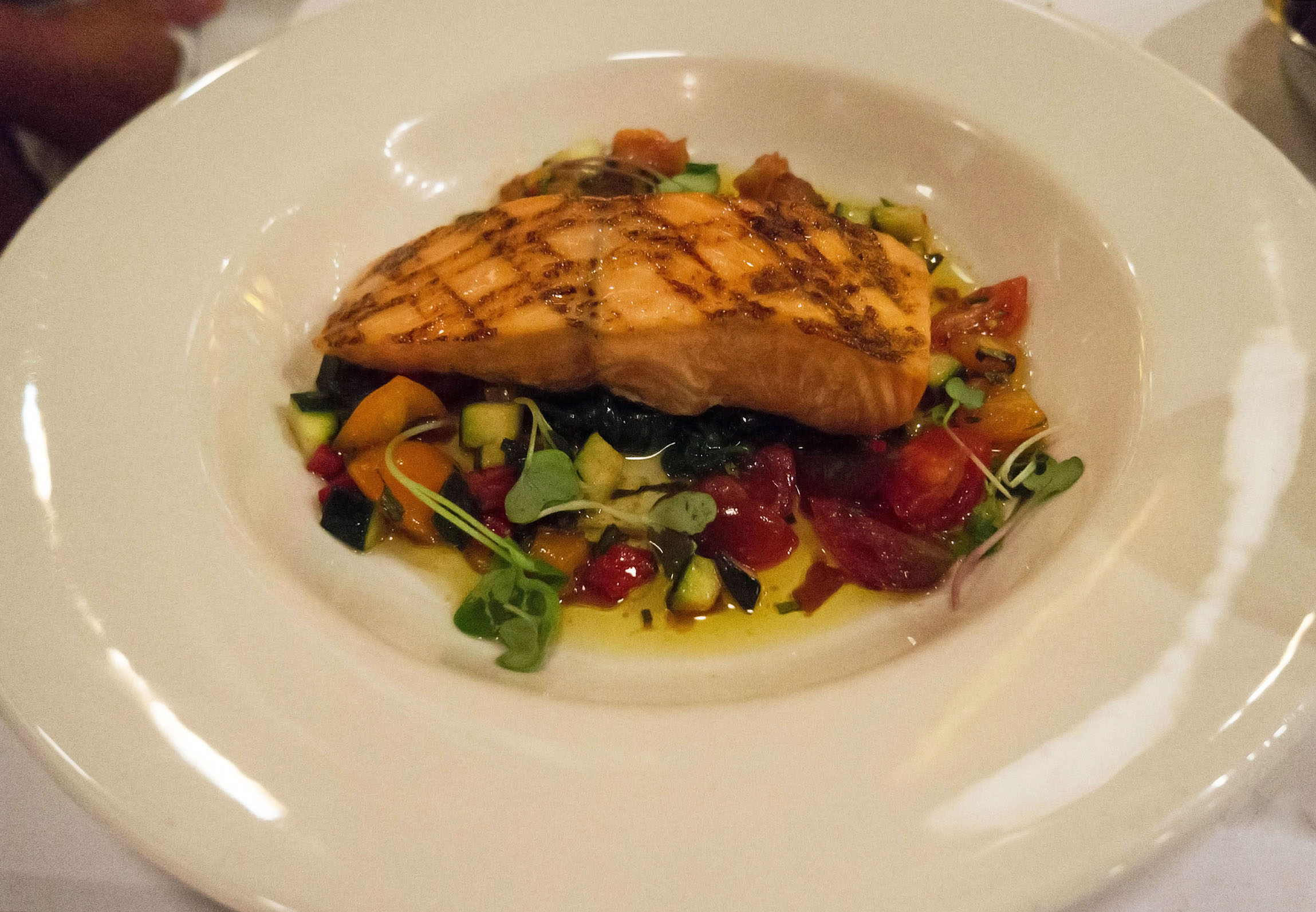 Neither Miss K or myself had this dish but I was told by others that it was very tender and the sauce tasted really nice. Aside from that I liked the look of the dish overall and would probably have enjoyed it myself. 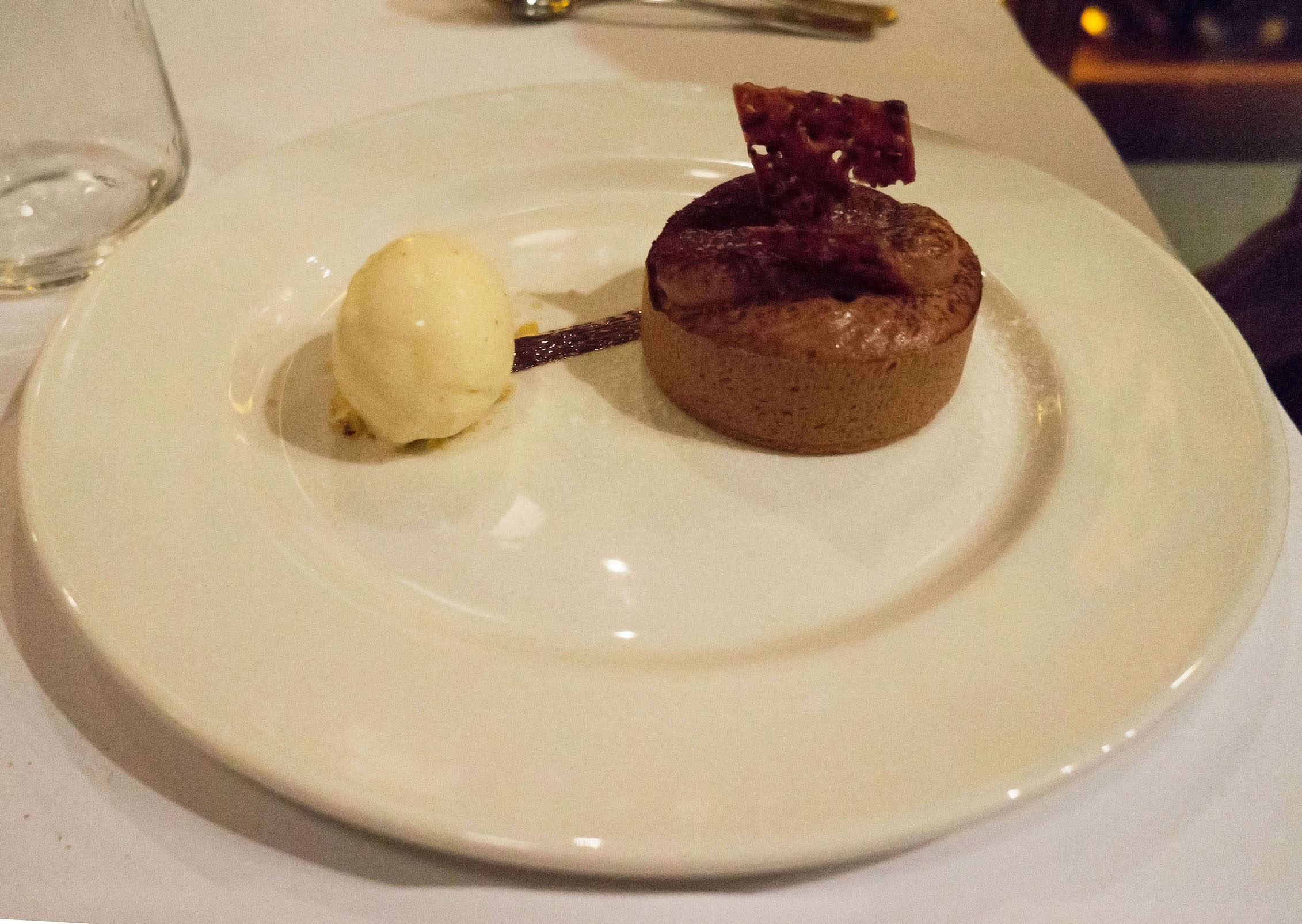 Again Miss K and I didn’t order this dish but the waitress mentioned it was her favourite and I was told it was ‘melt-in-your-mouth’ good, I would definitely love to try it myself 🙂 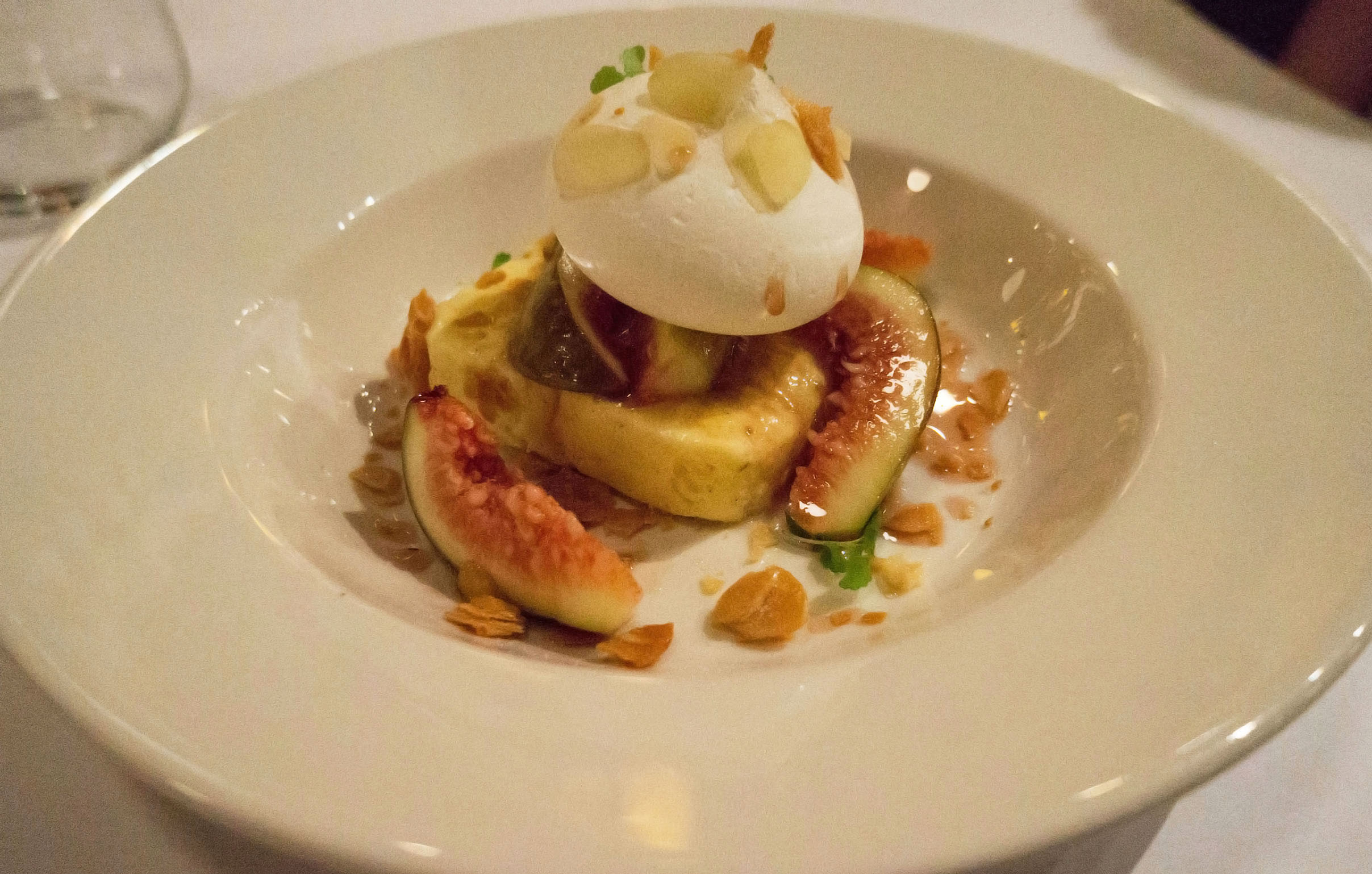 Miss K and I shared this dessert to finish off, I really liked the vanilla Parfait along with the fig – they mixed together really well and it wasn’t overly sweet. I don’t recall what the creamy part of the dish at the bottom was but it was quite similar to some sort of ice cream and I’m never going to say I don’t like ice cream! 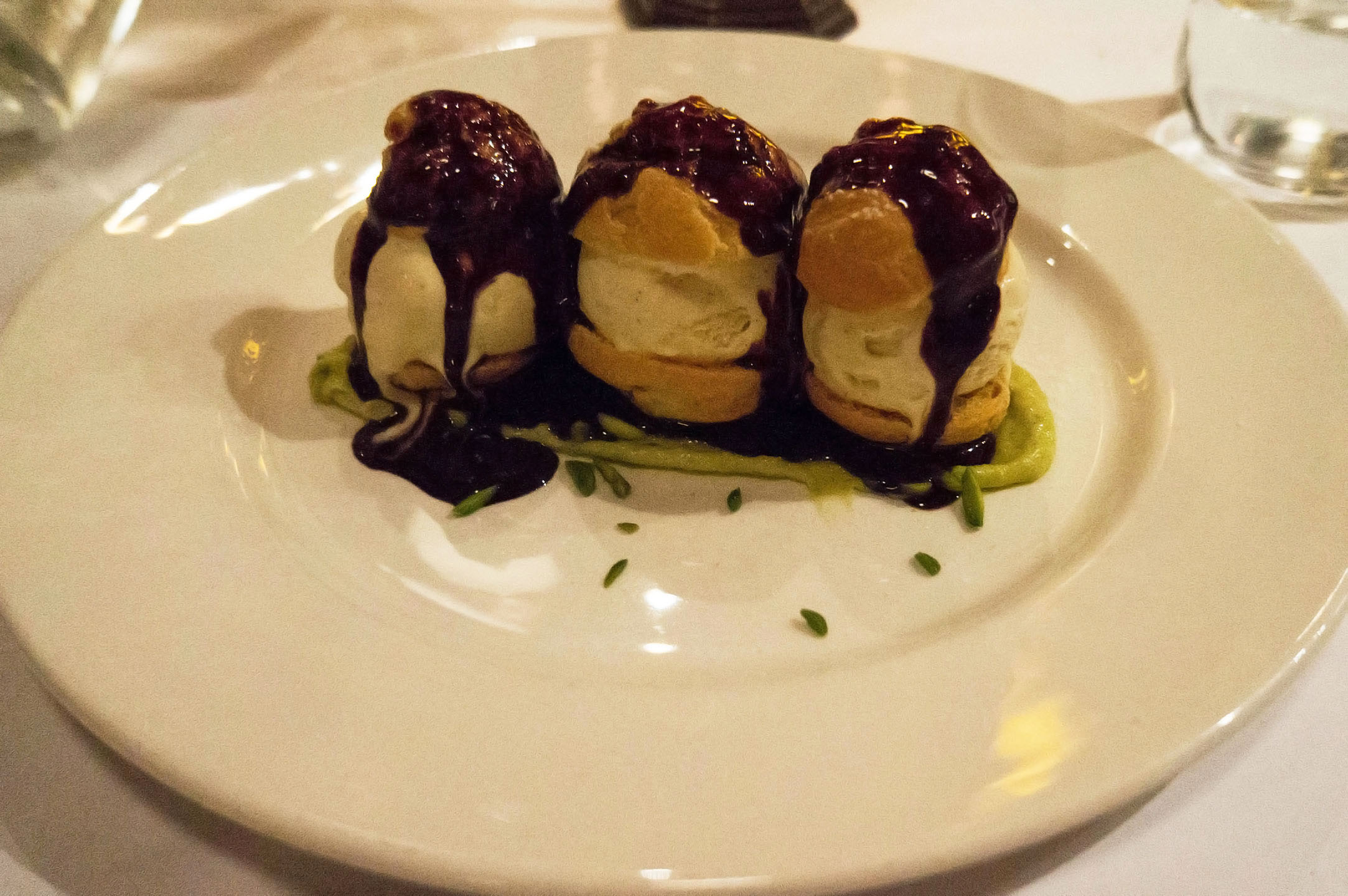 This dish also looked great, two of the group decided to order this and they both enjoyed it quite a bit. The chocolate hot sauce was poured on afterwards and it looked very appetising.

Overall I would definitely head back to Felix Bistro for special occasions, aside from that I didn’t find anything ‘unique’ about their dishes so I wouldn’t go out of my way to visit. That being said they’re all definitely full of quality and very delicious so not a bad dinner at all.