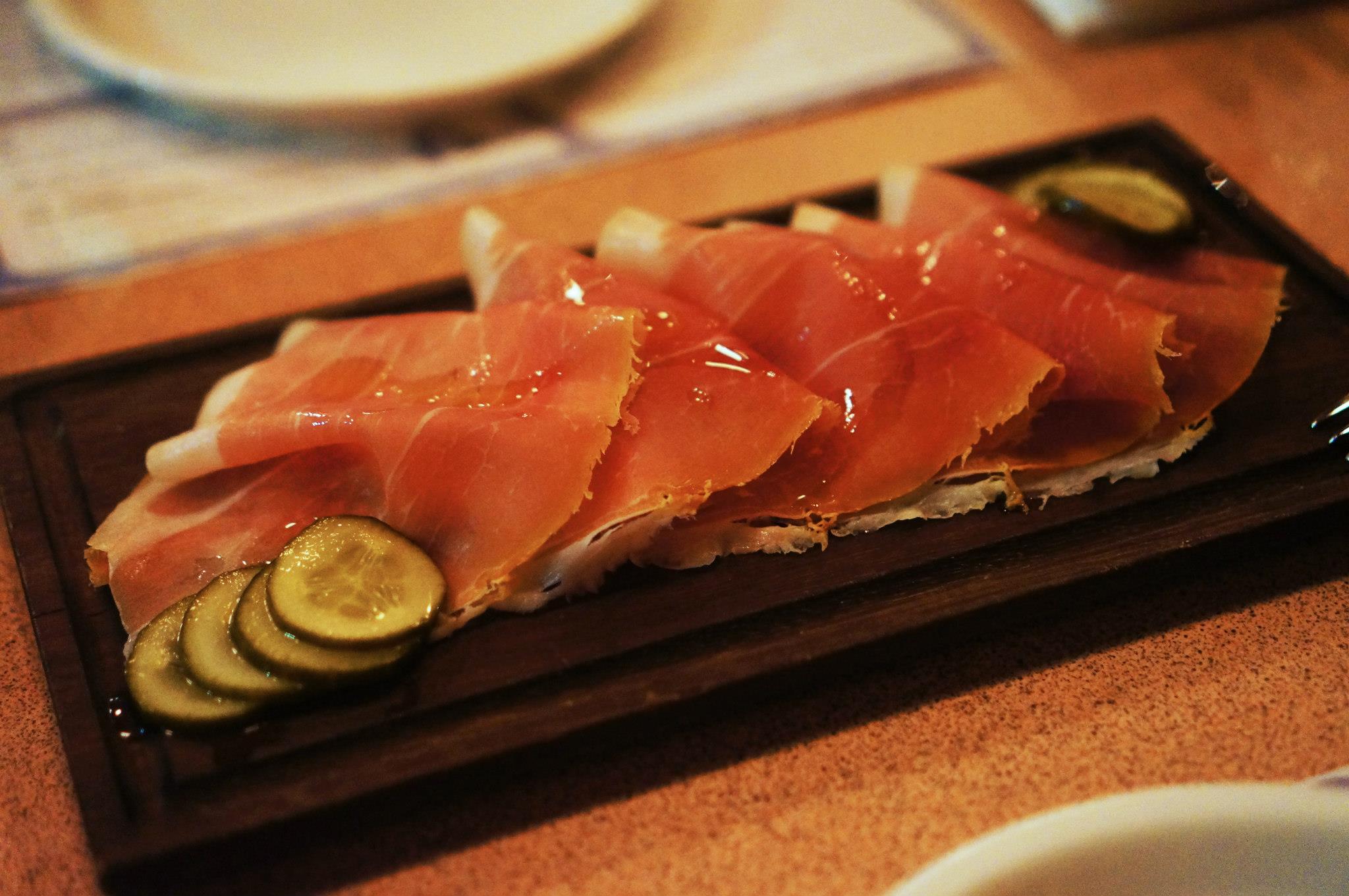 Just after our first wave of assignments were complete, Miss K and I took a bit of a break and went to visit Bodega in Surry Hills. This extremely popular tapas restaurant is probably one of the top places in Sydney for a fix of Spanish cuisine and it shows when the queues go spill out on to the street almost every night. It’s not hard to imagine why when the food here is exceptional (awarded one chefs hat in 2011) and the atmosphere is trendy and relaxing rather than being too pretentious, the dining area embodies latin culture and presents a festive mood while managing to remain a classy affair.

The menu consists of a bunch of small to medium sized tapas dishes that aren’t exactly traditional but are inventive and unique. The moment Miss K saw that there was San Daniele Prosciutto (above) on the menu I knew it was going to be a must order for the night. The dish arrived within a few minutes which was quite impressive, the prosciutto was amazing in flavour and served slightly chilled for a nice entree – quite possibly one of the best prosciutto I’ve had in Sydney. 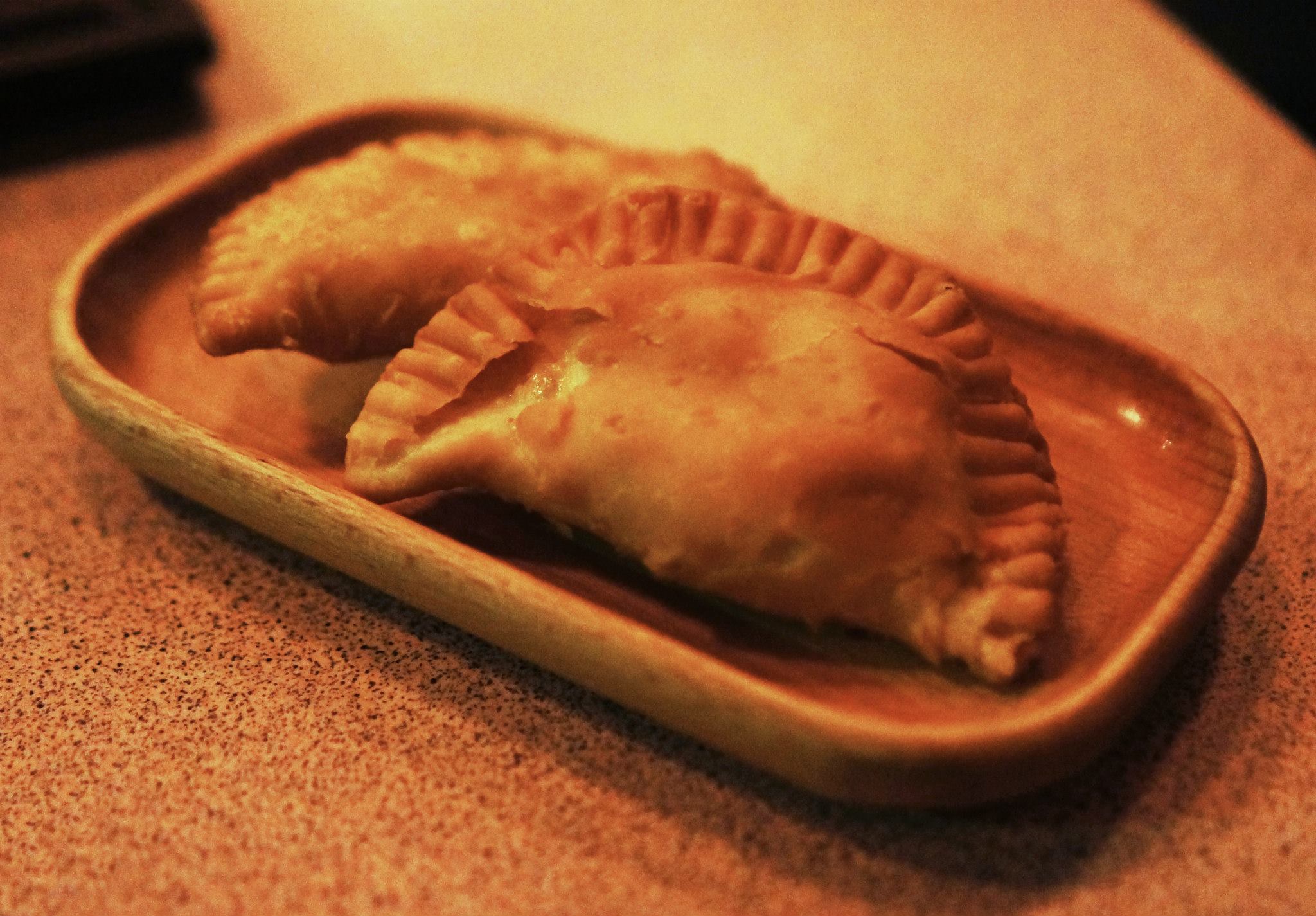 Another random tapas I decided to order were the Ham & Cheese Empanadas, they sounded quite delicious as the waiter described it to the table next to us. I was quite happy with them because they were filled with creamy melted cheese and chunks of ham, Miss K was less impressed though as she described them as quite ‘plain and boring’. In any case I’ll probably order them again anyway because they’re quite like a reliable comfort food for me, tasty and familiar 🙂 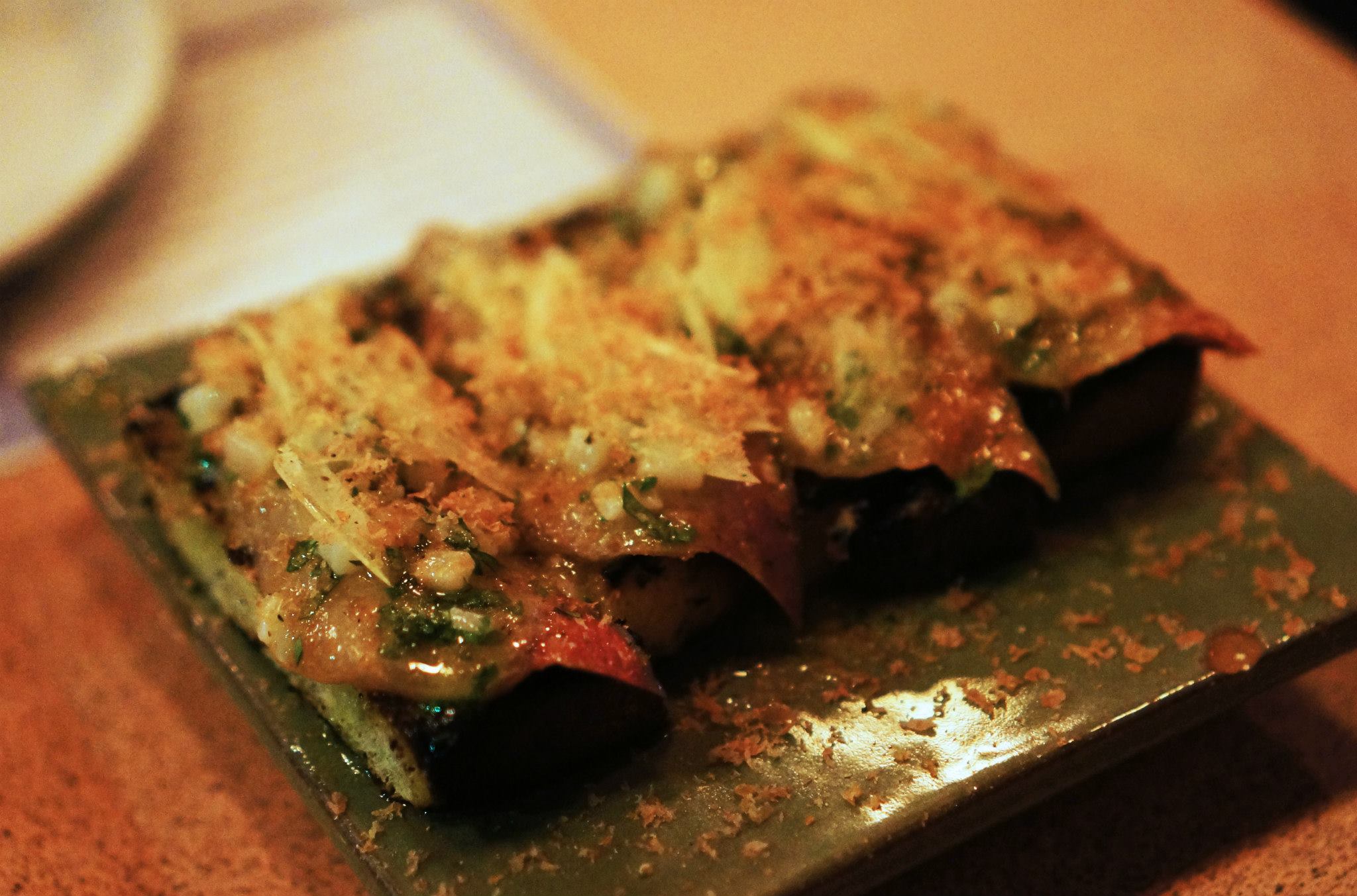 The Fish Fingers were by far the highlight of the night, being the most amazing dish we’ve had in a while. The ‘fish fingers’ are actually sashimi kingfish and small pieces of cuttlefish served on charred toast that has been brushed with olive oil and garnished with herbs. The whole dish is served with lemon juice which really brings out the flavour and makes them an awesome explosion of flavours with each bite. We literally could not stop talking or thinking about these after we left and even now I’d love to go back to have them again, they’re that good! 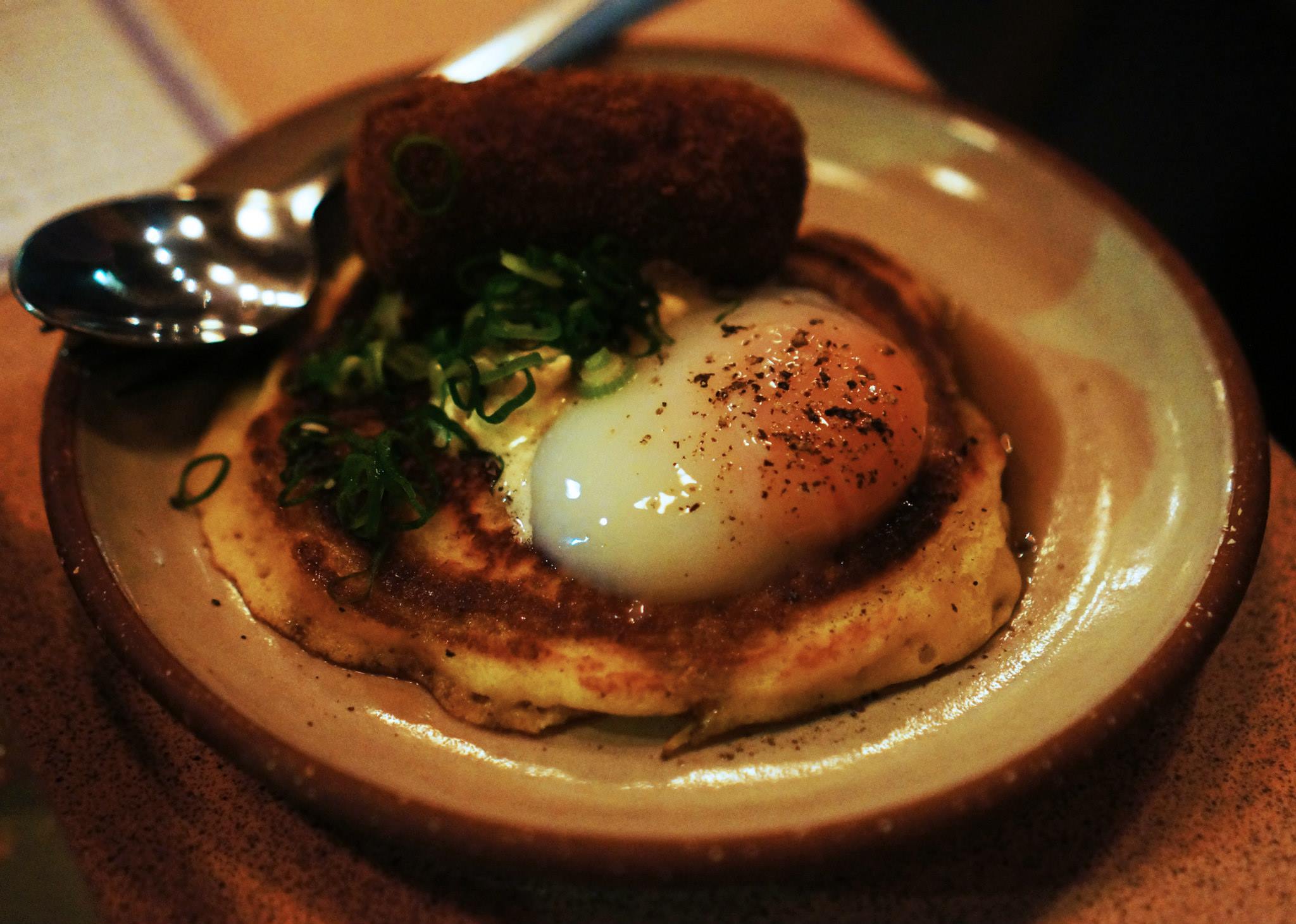 One of the famous dishes that I’d heard of was the buttermilk pancakes, I was quite skeptical of how a sweet dish would mix with salt cod and eggs but it turns out it actually goes quite well together. The salt cod croquettes provide a burst of salt while the buttermilk pancakes are doused in sweet maple butter, the best comparison to describe how well they go together I could make is salted caramel 🙂 The 62 degree egg was quite interesting and something I’d wanted to try for a while, cooking an egg at the temperature for so long results in a very gooey texture for the egg which I really enjoyed. 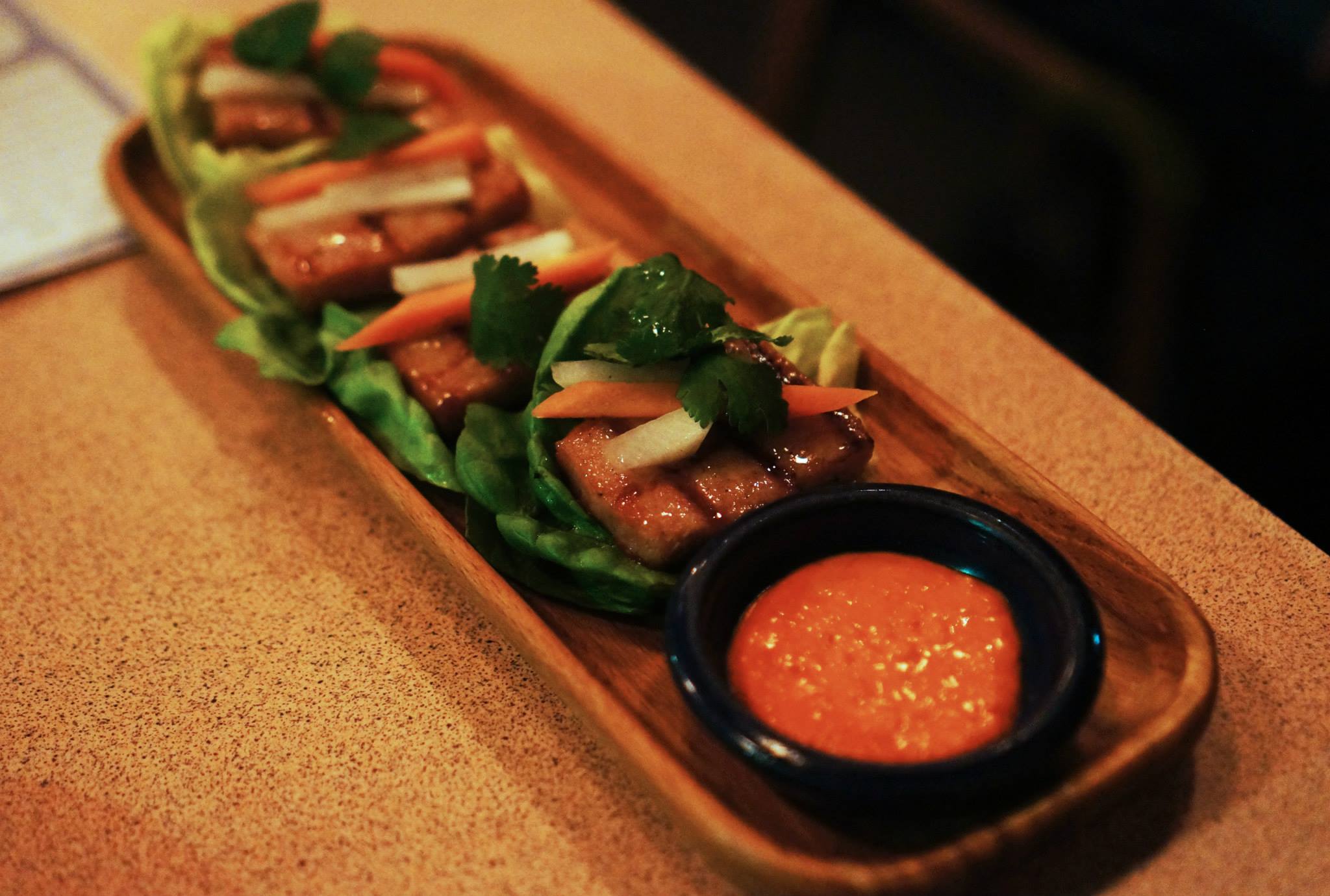 The last part of our meal was the pork sausages with chilli crab sauce. I was kind of hoping they would turn out to be chorizo but I was also happy with these sausages, the sauce was a good blend of chilli and seafood tastes that Miss K really loved. I personally enjoyed the other dishes more but this was a great dish none the less, I feel like it just got outdone by the other more exceptional dishes. 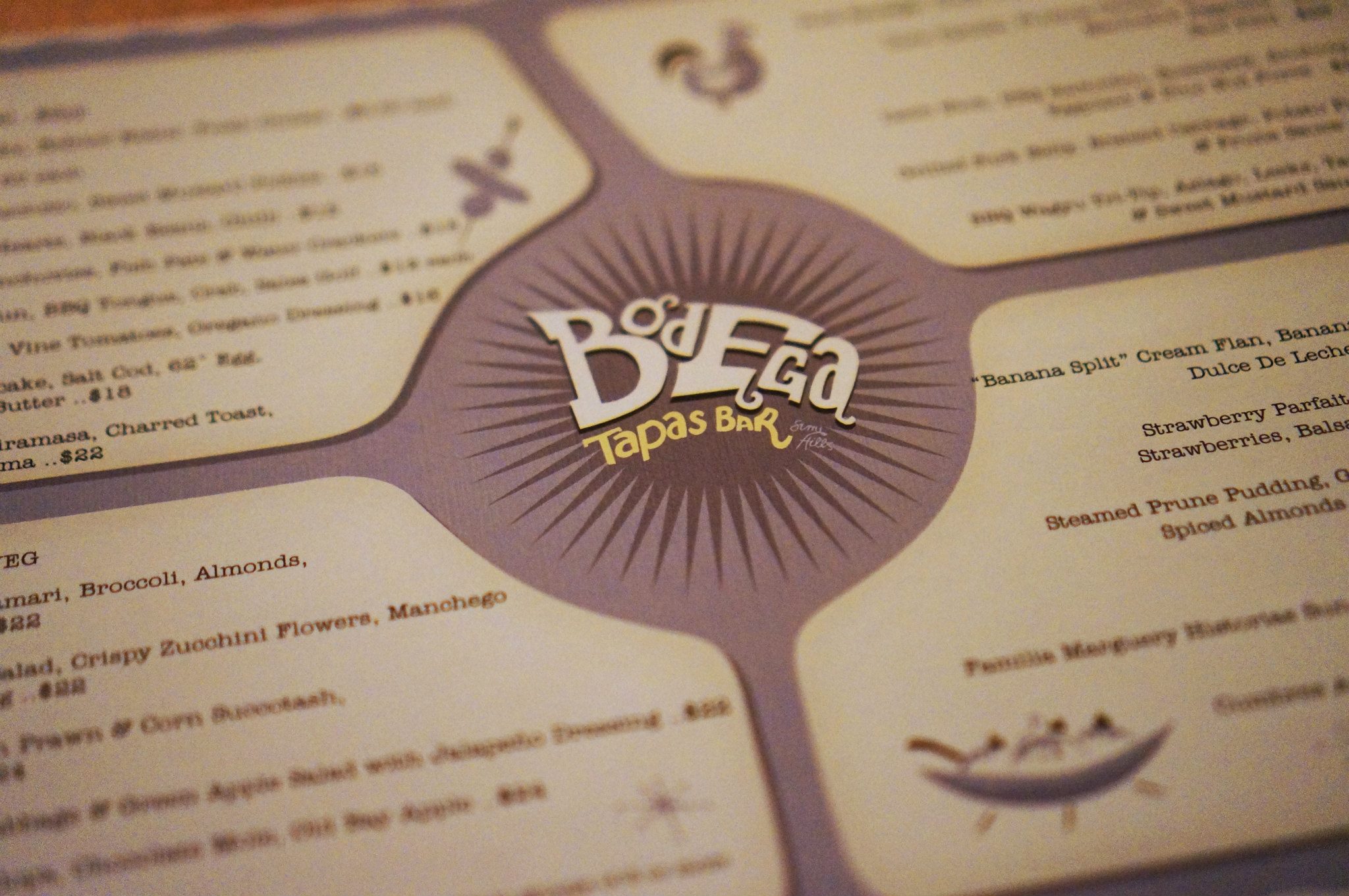 Despite the hype for Bodega dying down a bit in the last year or so it definitely still impressed me. Some of the tapas here are easily worthy of a chefs hat and I personally think the restaurant deserves at least one hat. If you’re a fan of tapas and Spanish cuisine this restaurant would be a good pick and definitely a strong contender against MoVida Sydney for top tapas in Sydney.