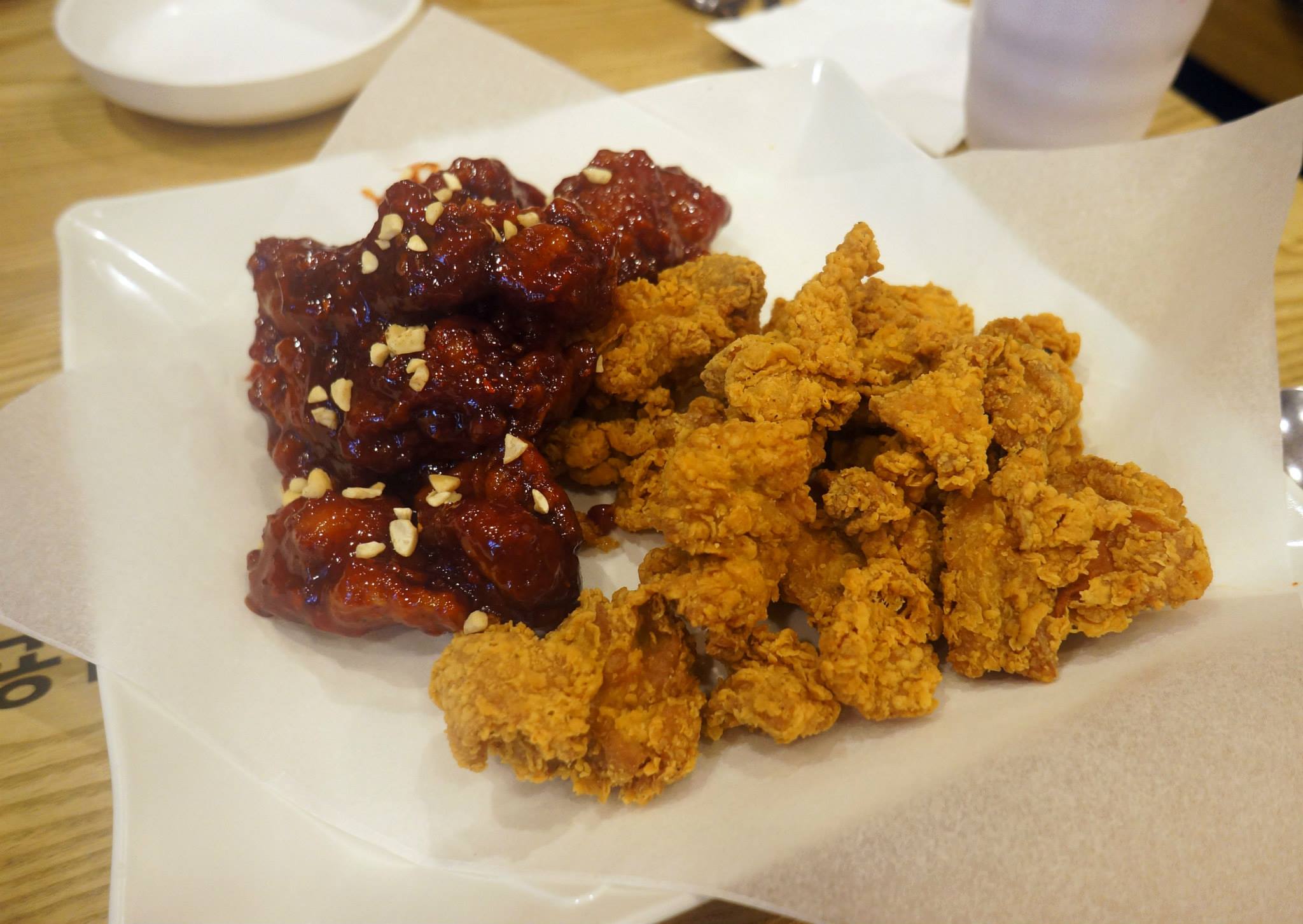 After hearing much about this place from the Sydney Food Bloggers Choice Awards we decided to visit NaruOne for a chance to try out their supposedly amazing Fried Chicken which won them the award for Best Fried Chicken. The restaurant itself is in Korean town which is on Pitt street near Town Hall, it was a quick walk from both of workplaces and we were very hungry so fried chicken was definitely on both our minds 🙂

The first thing we did was search for the fried chicken menu which was happened to be on the wall behind me. After a few minutes of discussion Mr C decided that we would have to get the Half & Half Fried Chicken (above) because we couldn’t decide on the original or chilli coated version, besides we love having variety for food to try everything! The fried chicken is indeed delicious and juicy on the inside, the batter is very crispy and flavoursome and is easily the best part of it. I would personally order the original every time. 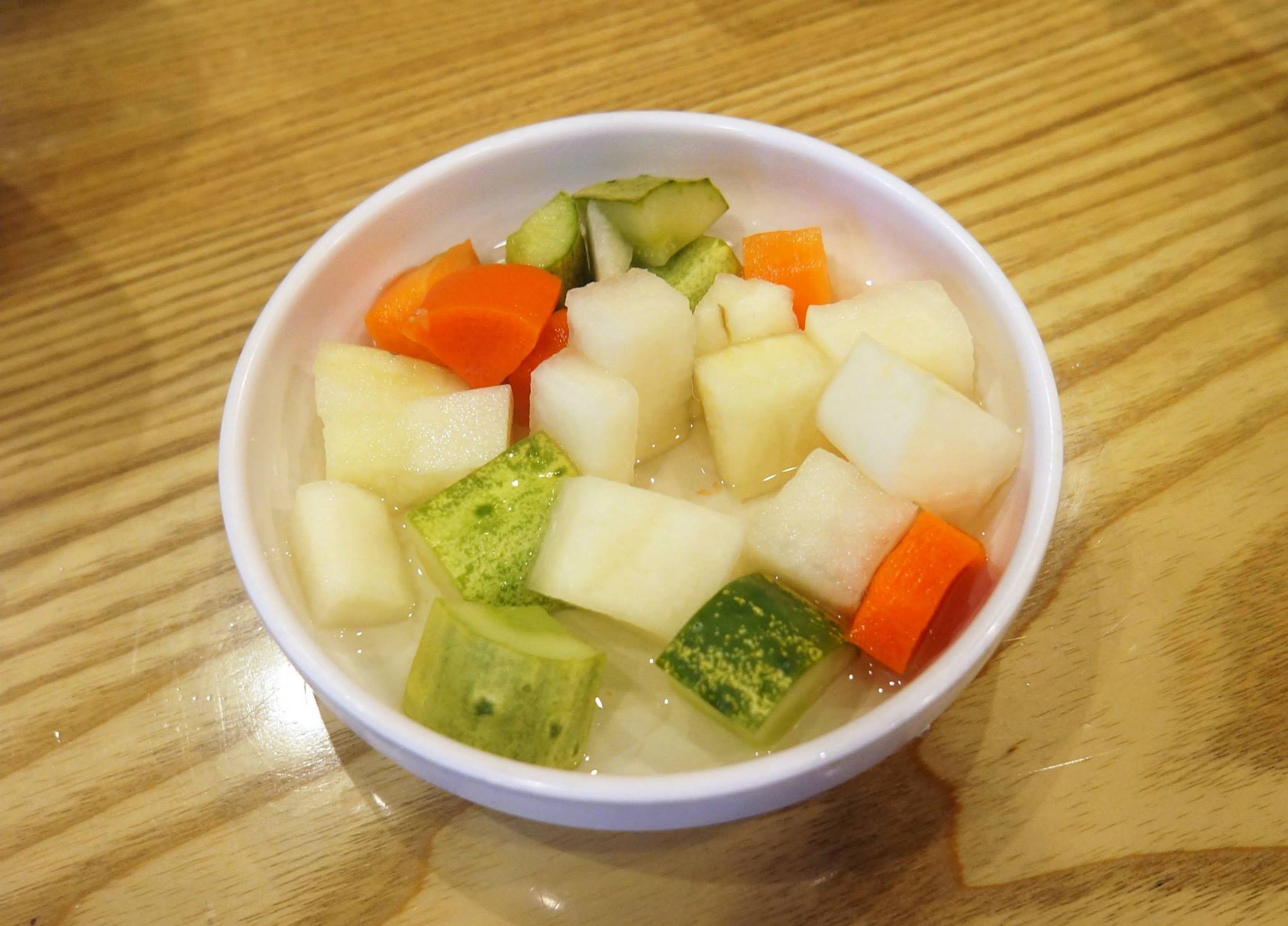 We had a lot of fried chicken in Korea and they always served the same side dish which is different from the usual Korean side dishes, it’s like chilled pickled vegetables in a sweet and sourish kind of sauce which tastes really refreshing after so much fried chicken. 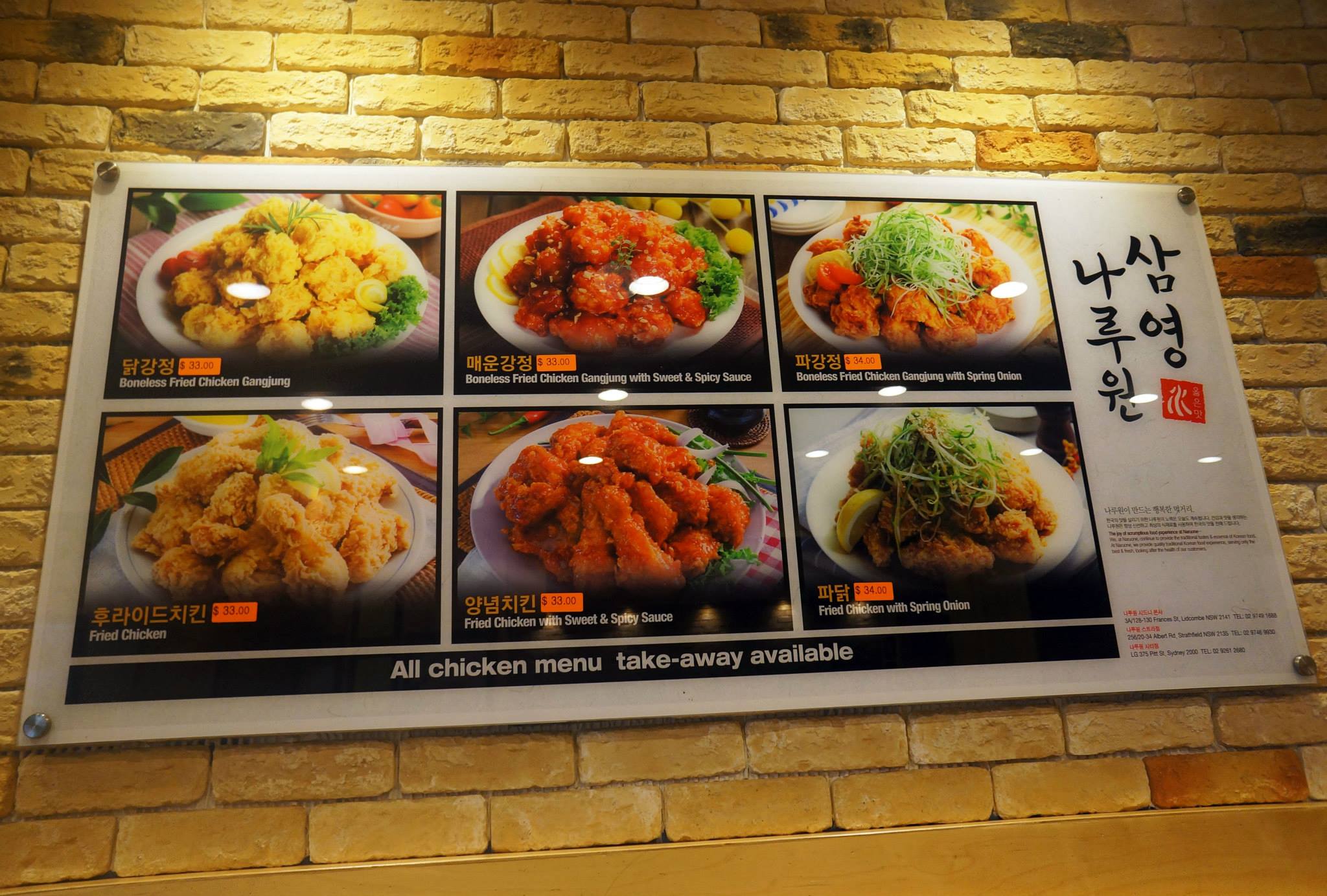 We haven’t quite had any fried chicken in Sydney before from a Korean restaurant but we were pleasantly surprised to find that NaruOne serves fried chicken thats almost just as good as Seoul! The chicken is double fried and super crispy which is exactly how we love it, and it’s only $30 for a platter enough for two.