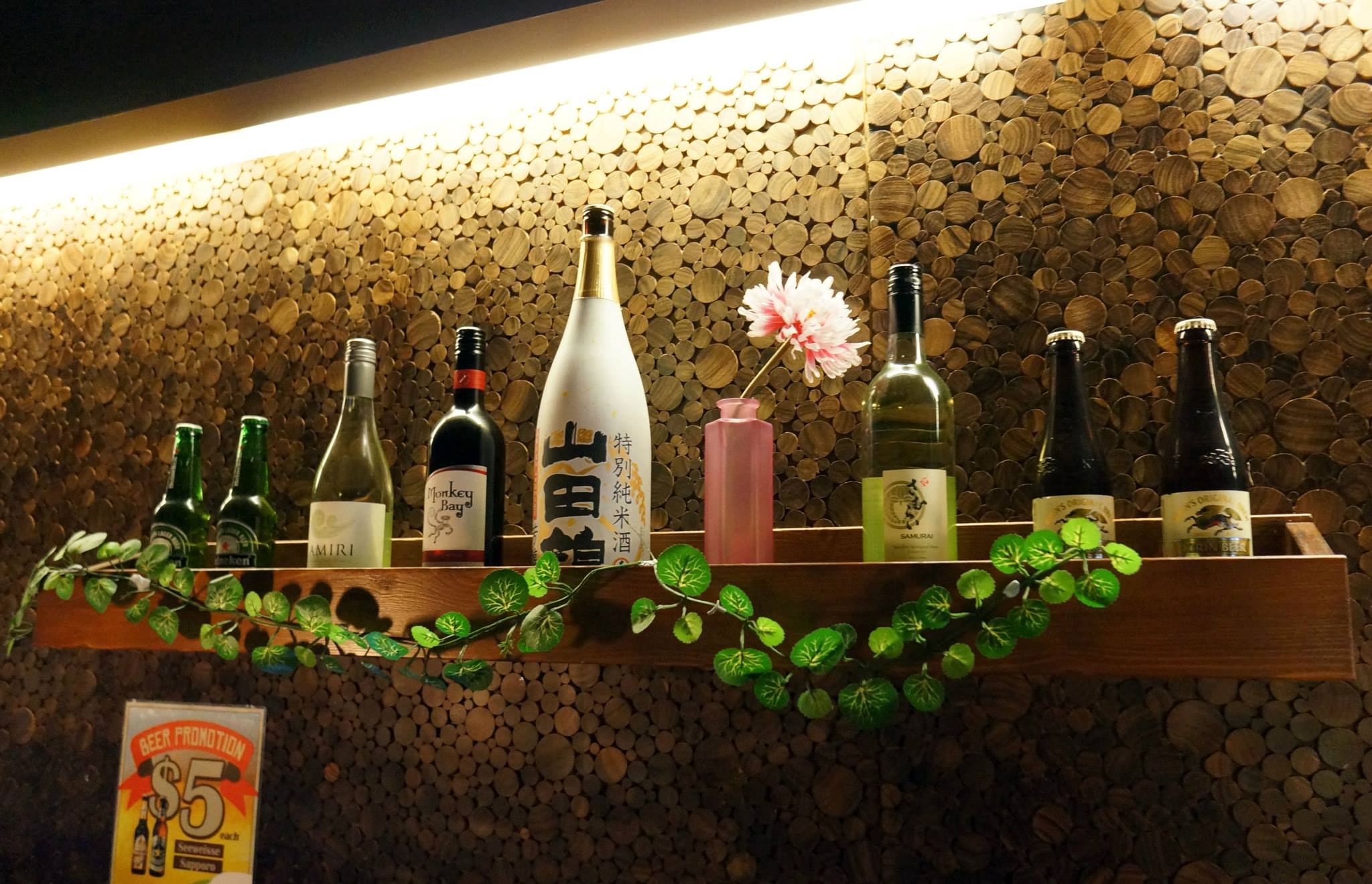 There are over a dozen Japanese restaurants lining the main dining strip of Neutral Bay on Military Road. Two of the more popular establishments on the street are Tamagetaya and Izakaya Samurai, both are owned by the Sushi Samurai Group who operate two other restaurants (Sushi Samurai and Yebisu Izakaya). We were fortunate to have been invited to dine at Tamagetaya by SDMarketing and try out the Sushi Buffet they recently launched.

After a long day out we made our way over to Neutral Bay for dinner, the trip is relatively easy with a 10 minute bus from Wynyard Station stopping just one block away. It was a little hard to find at first as it’s hidden behind the traditional Japanese Noren (fabric divider) but a few people heading inside gave it away, the restaurant was already filled with a small crowd of happy diners consisting mostly of families 🙂 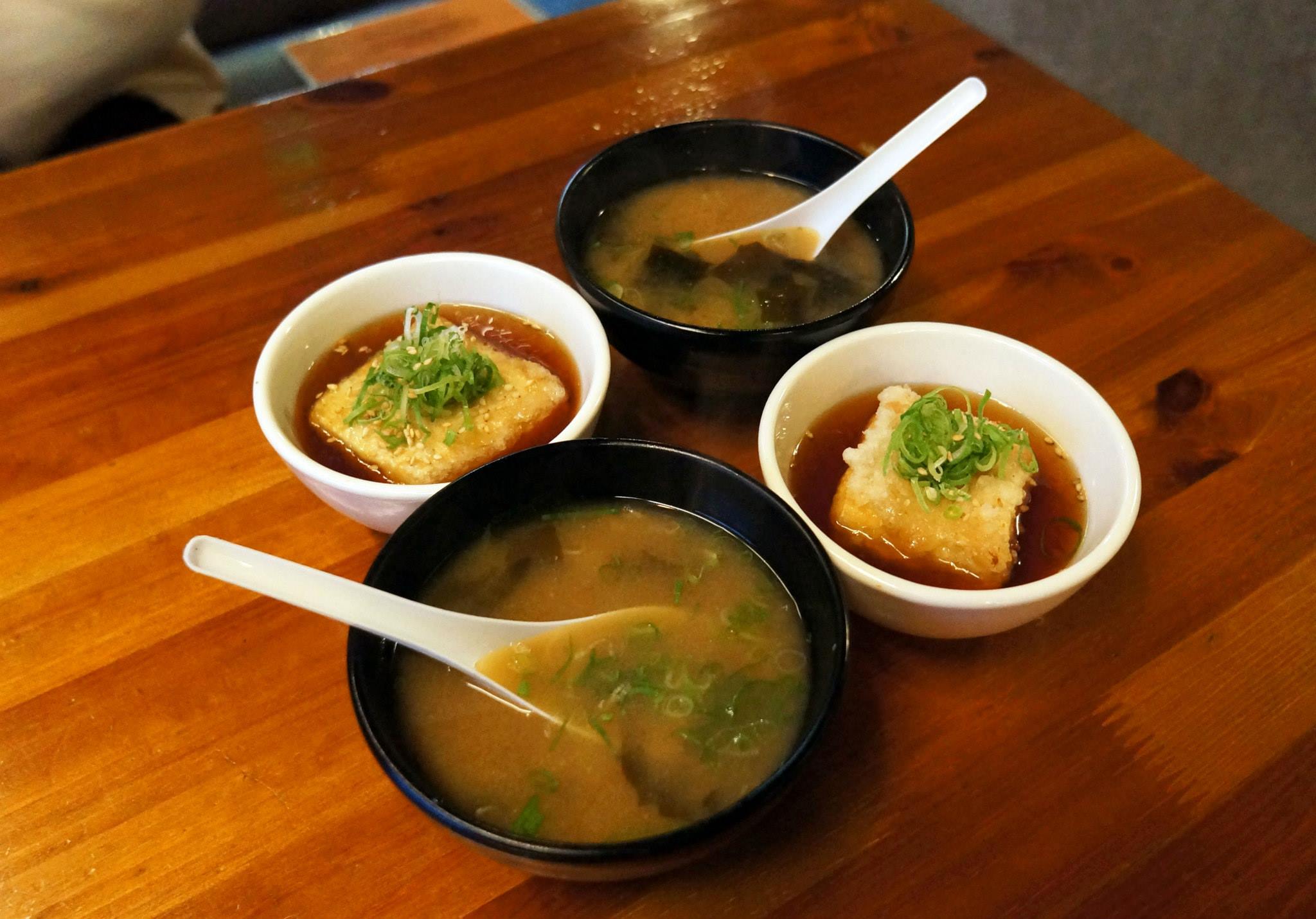 After a little introduction to the menu and what they had available we decided to go with the standard sushi buffet, the way it works is that you are given miso soup and tofu to start along with a plate of sushi that you must finish before you can order unlimited of whatever else you want. The miso soup was quite good and definitely not of the instant powder variety, the tofu was relatively ordinary but still flavoursome. 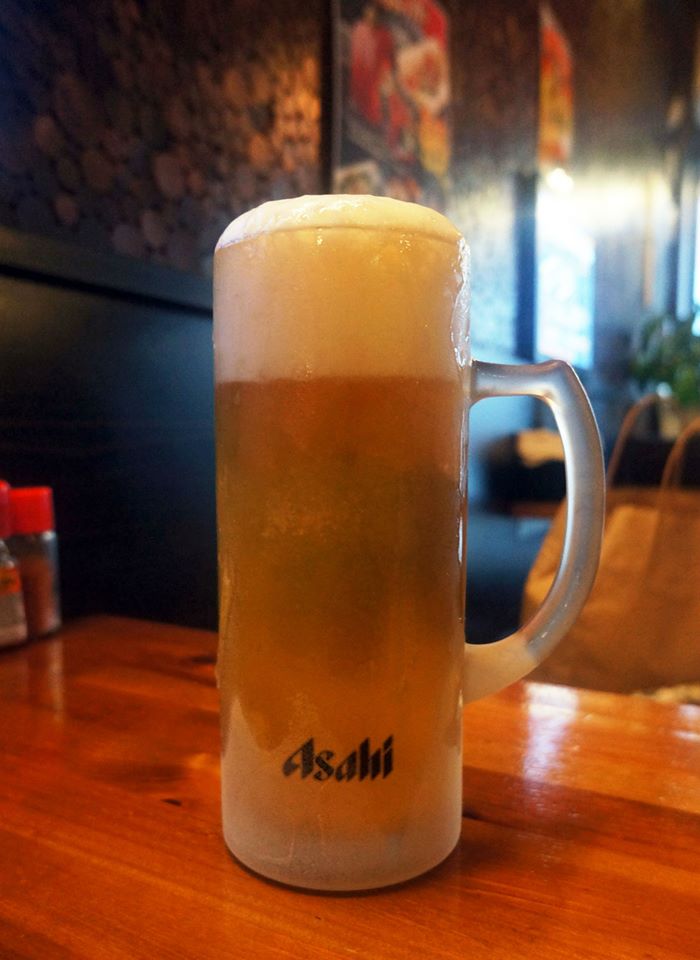 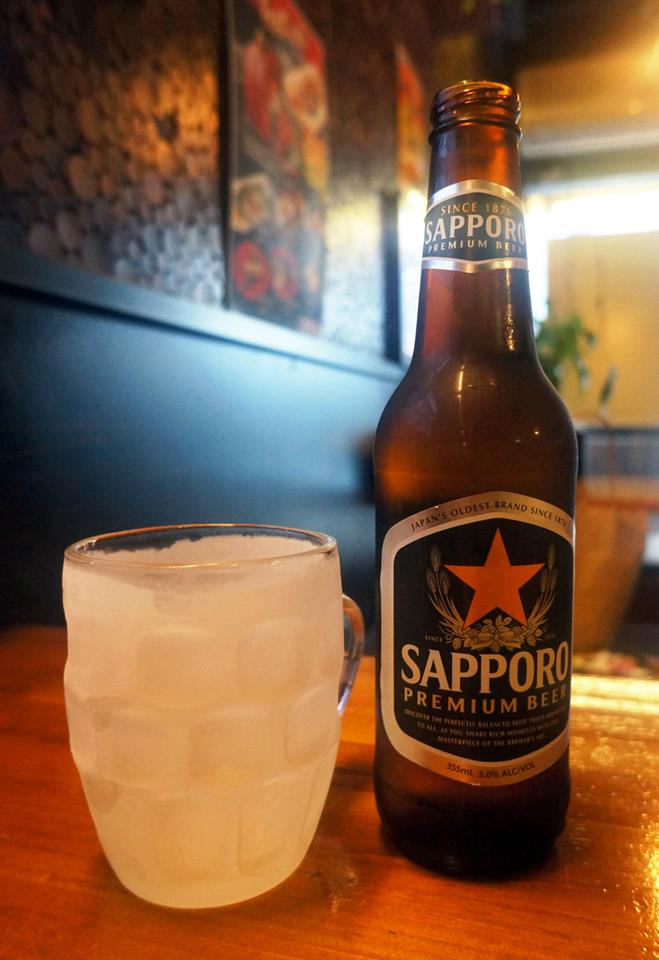 I have no idea why restaurants don’t do this more often, that is serving the beer with ice cold glasses. Since we’ve recently been in a beer phase we decided to give Sapporo beer a try (already love Asahi) and were pleasantly surprised to find that the glasses were placed in a freezer, this gave both beers a very cold refreshing taste, the Asahi even started to freeze up a little which turned out awesome! 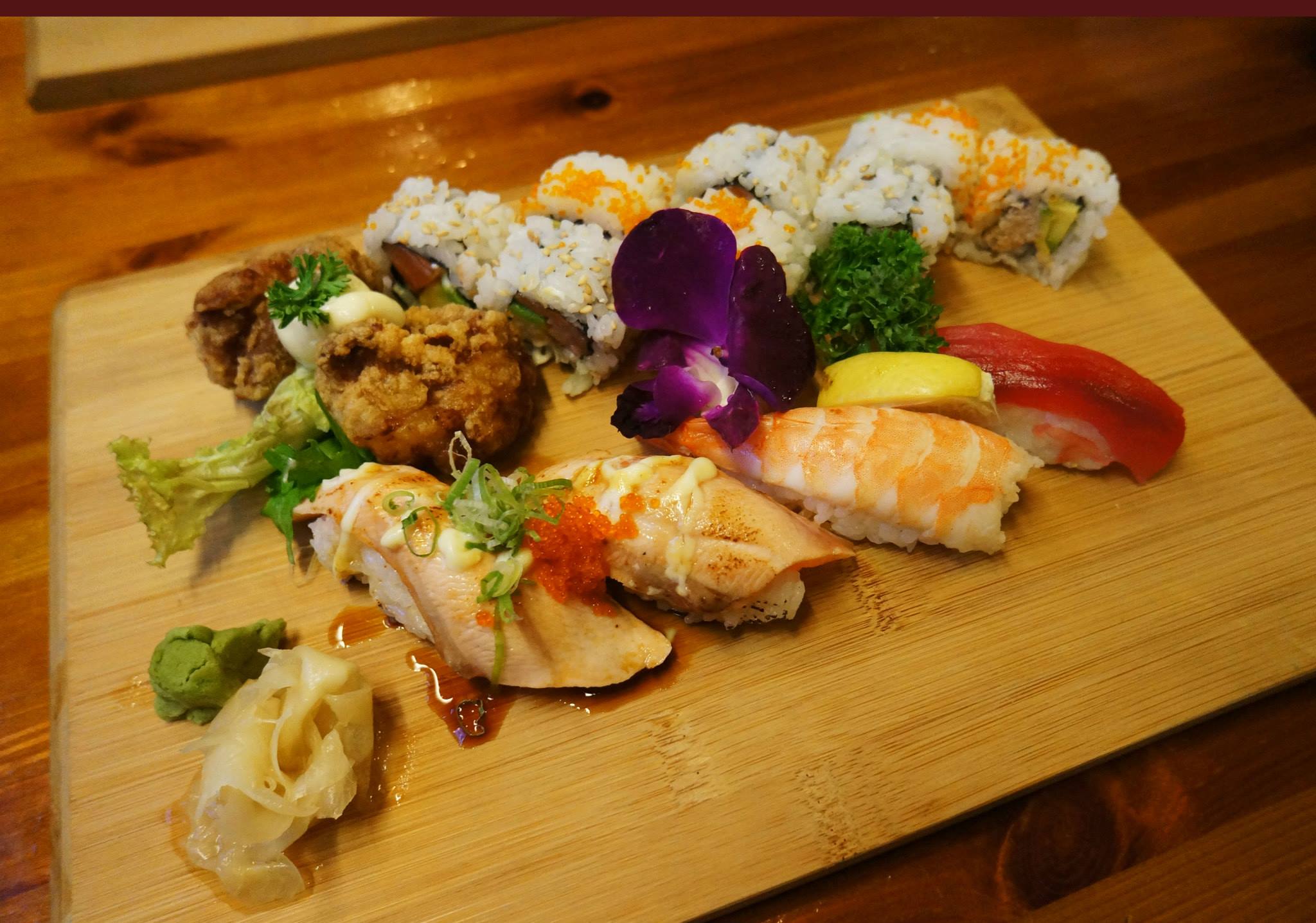 On to the main course, the first to land on the table was Set B for Miss K which consisted of a bunch of Nigiri Sushi, Rolls and Karaage chicken. The sushi here is quite fresh, it’s difficult to tell from the grilled variety but the tuna tasted quite fresh and was the clear winner for this set along with the amazing karaage chicken. We’ve visited and posted about so many Japanese restaurants but I was still genuinely impressed with the quality of sushi here which is on par with some of the best sushi joints in Sydney. 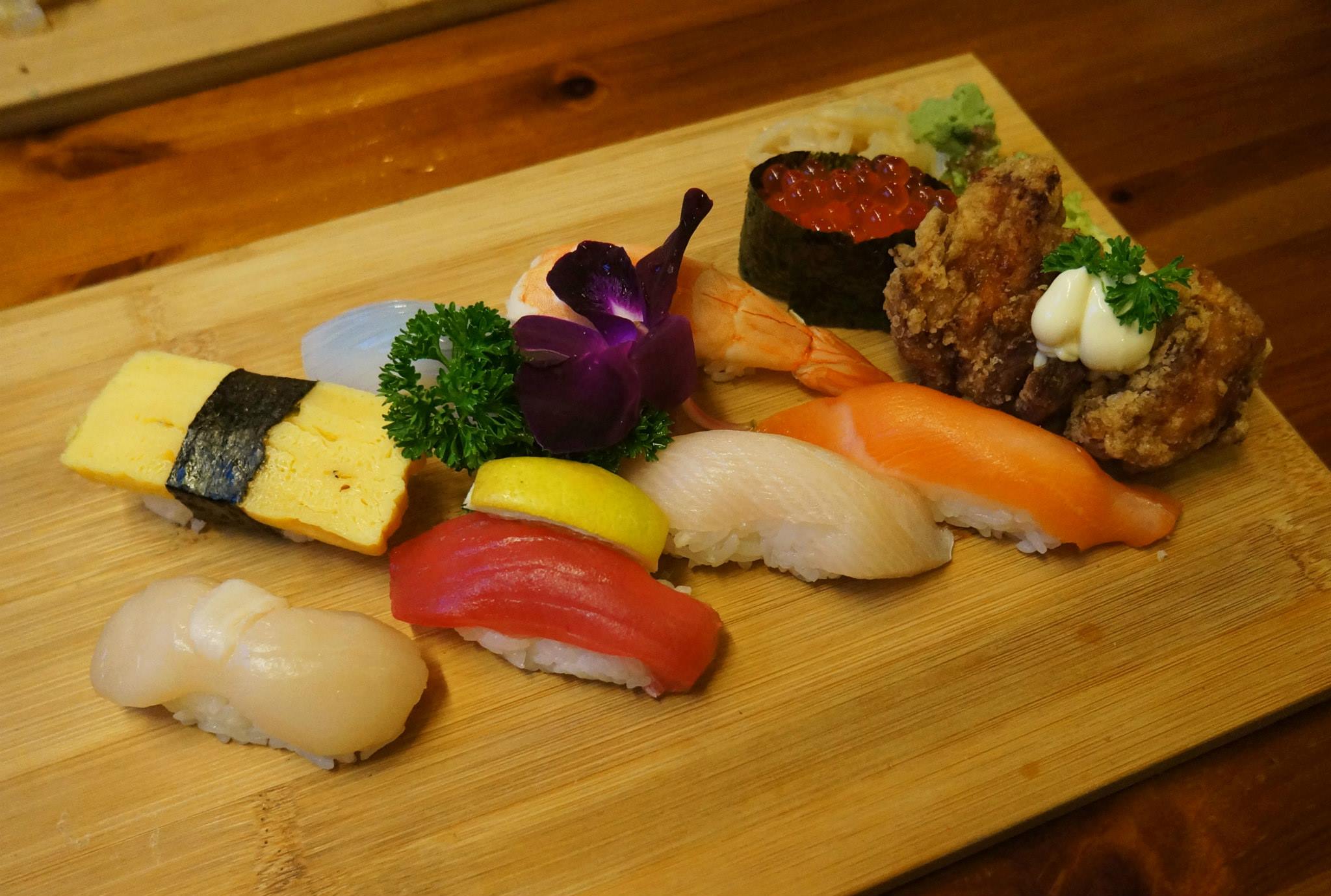 I started off with a sushi set with more raw fish than Miss K, aside from the tuna I really enjoyed the kingfish and salmon which were all as fresh as the tuna. I really wish the karaage chicken was part of the buffet choice because it’s really good, I hadn’t had karaage that good since my last trip to Japan so this was something that stuck with me for a while. Another thing to note is that the wasabi here is not very strong and just right to eat without being completely overpowering, definitely a bonus! 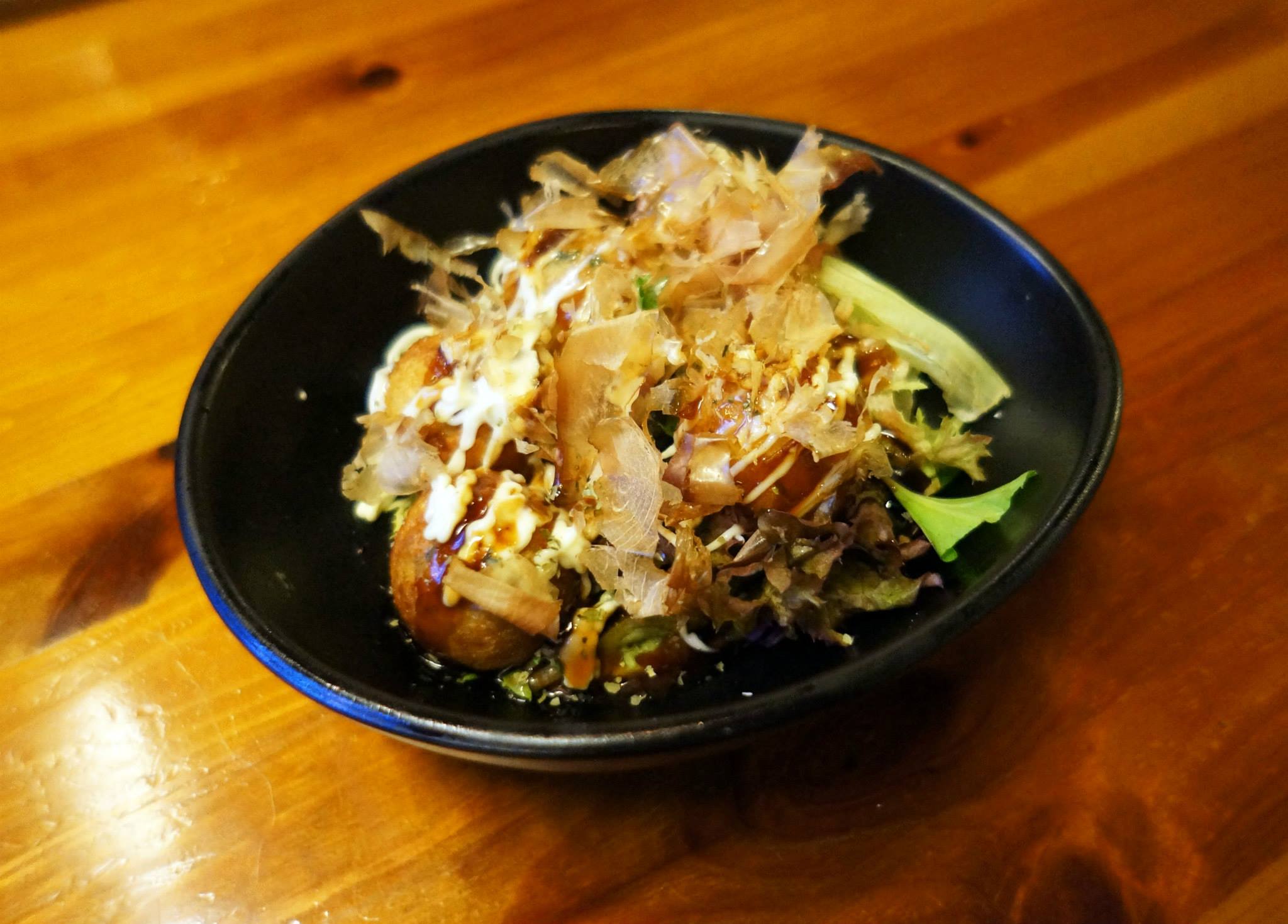 Now that we had finished our initial set meals we were able to pick anything that we wanted from a list that included different types of sushi as well as a few side dishes. A quick scan of the menu showed that I would be enjoying the next phase of our meal and we set out to decide on what we should try, eventually ending up with the Takoyaki for our first order as it’s something we haven’t had in quite a long time. These little balls of octopus goodies were all delicious especially as they were served hot and exuded a very soft creamy filling and great flavours when bitten into, there’s also quite a generous amount of octopus inside 🙂 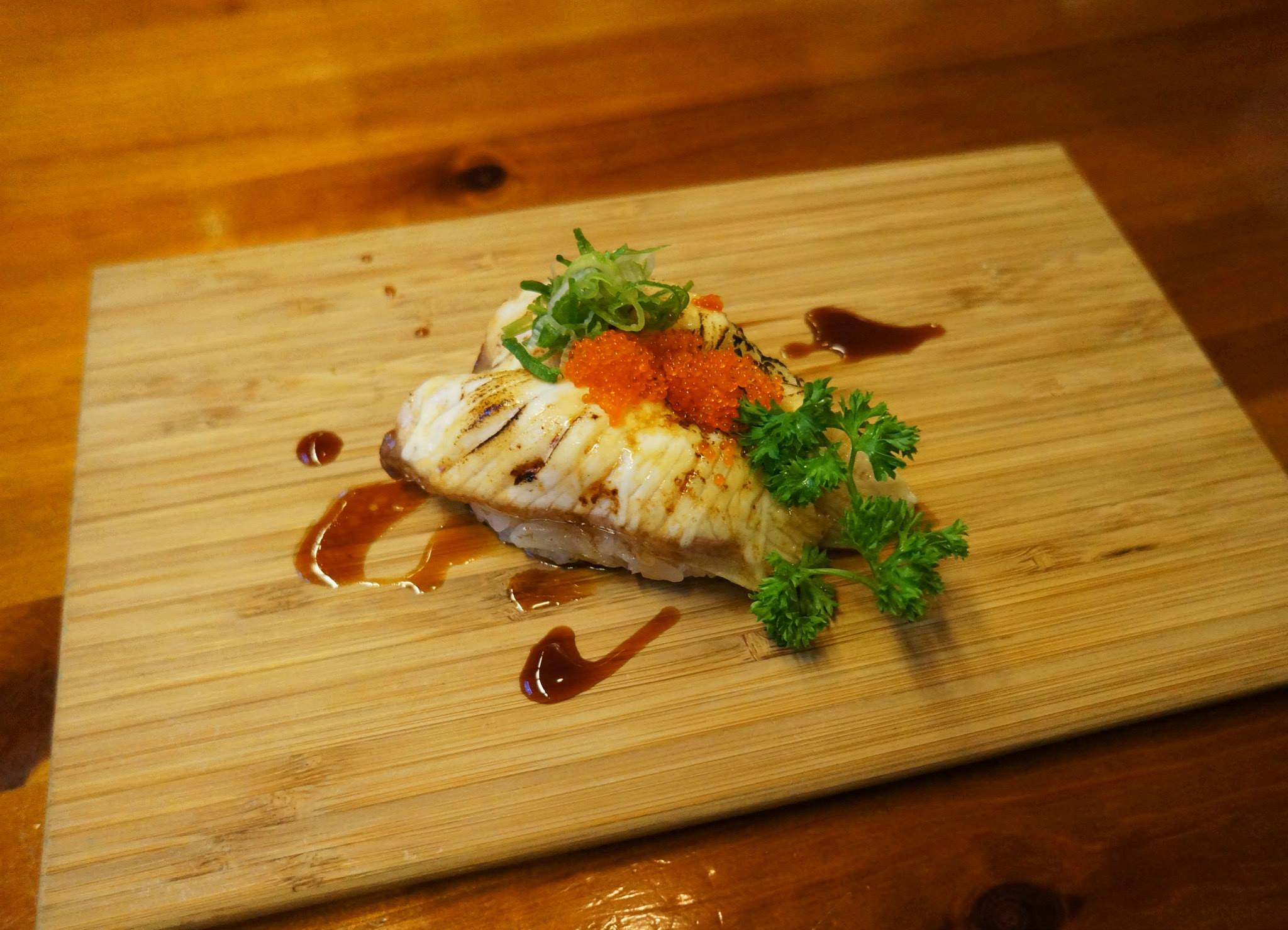 Next up on the buffet order was Grilled Kingfish, at this stage we began to realise that having two large Grill’d Burgers for lunch may not have been a good idea when trying to save our stomachs for a sushi feast. In light of this revelation we decided to order just two sushi pieces so that we got a taster and were able to try other dishes, the grilled kingfish didn’t let us down as our first bites consisted of an burst of taste from the kingfish and the accompanying creamy sauce used on most grilled sushi that we both really like. 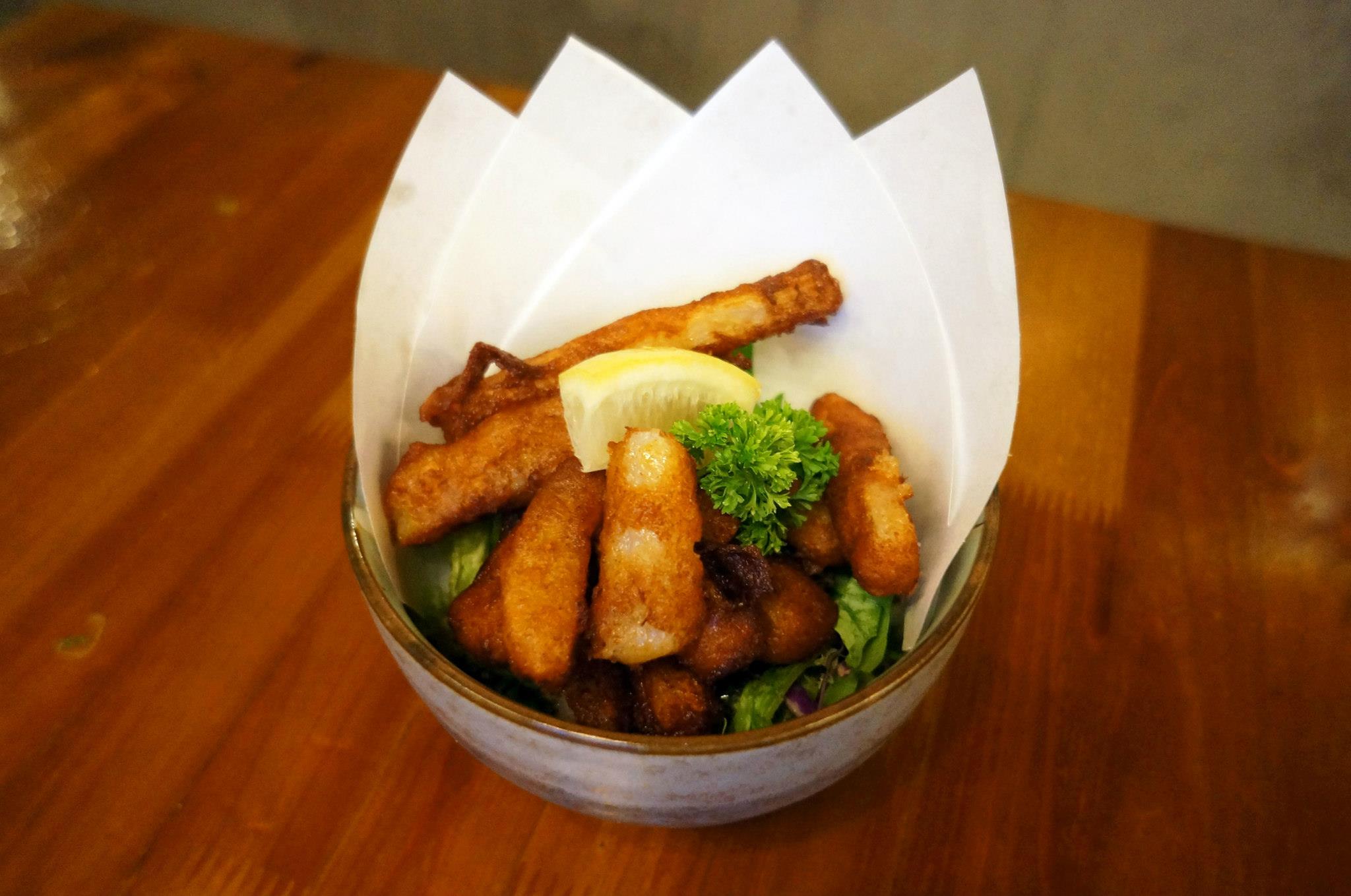 A little confusion about this dish led us to order it as we were curious as to what it was exactly, I thought it was sweet potato but I wasn’t quite right. The chips were actually made from Yam which is something I forgot even existed, the texture and taste is quite similar to potato but with a more ‘chunky’ consistency, it went pretty well with the lemon served on top and I wish they had given us more lemon to work with! 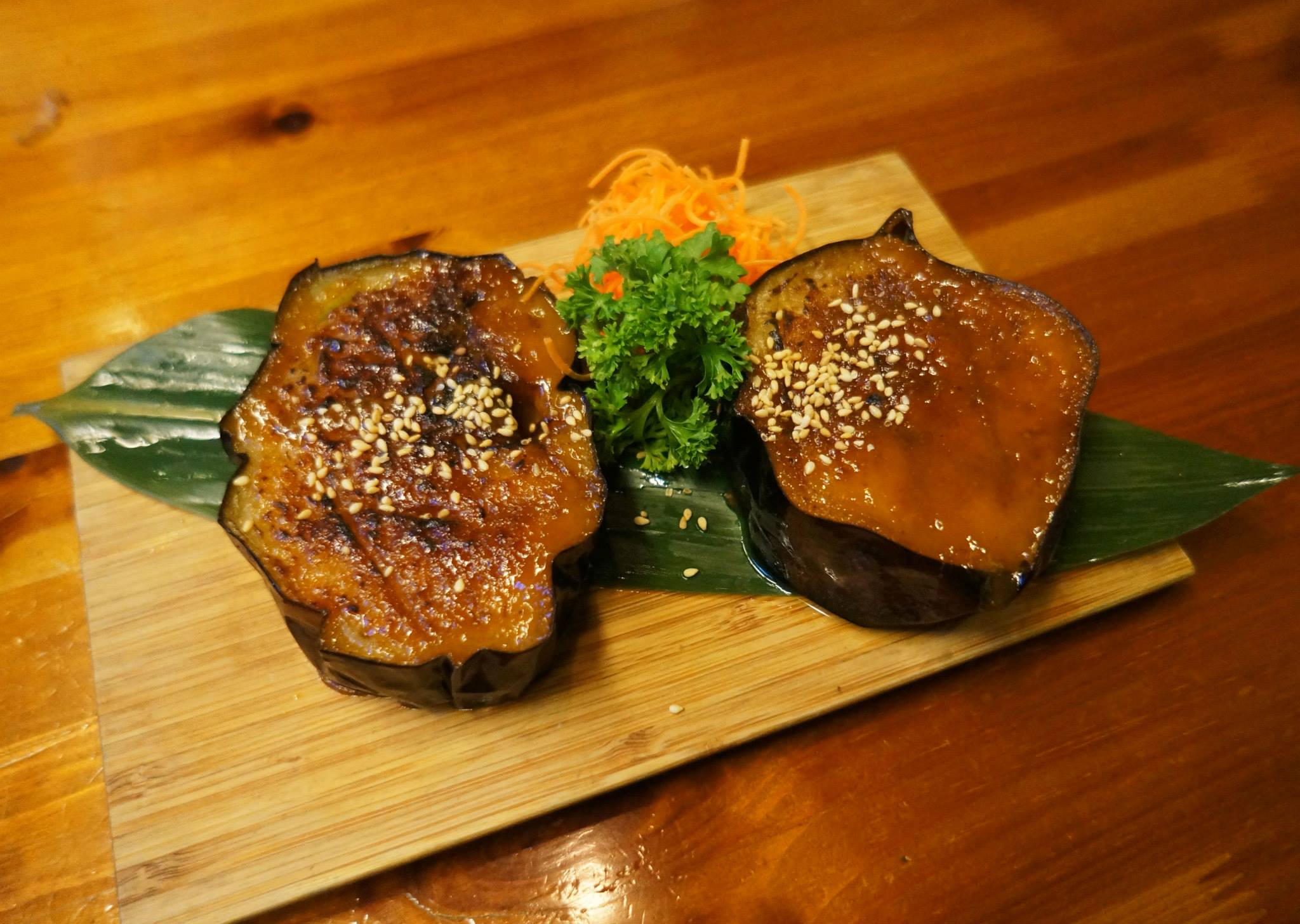 This dish ended up being the one that finally defeated us, I should have realised they were relatively large but I didn’t until the dish arrived. It’s unfortunate that we weren’t able to finish anymore of this because it was actually an absolutely divine dish with awesome baked eggplant and a delicious sweet miso paste on both sides that seem to be melted into it. The dish is exactly what you would expect from an eggplant, relatively mushy but also really tasty and great in every cuisine it’s served in. 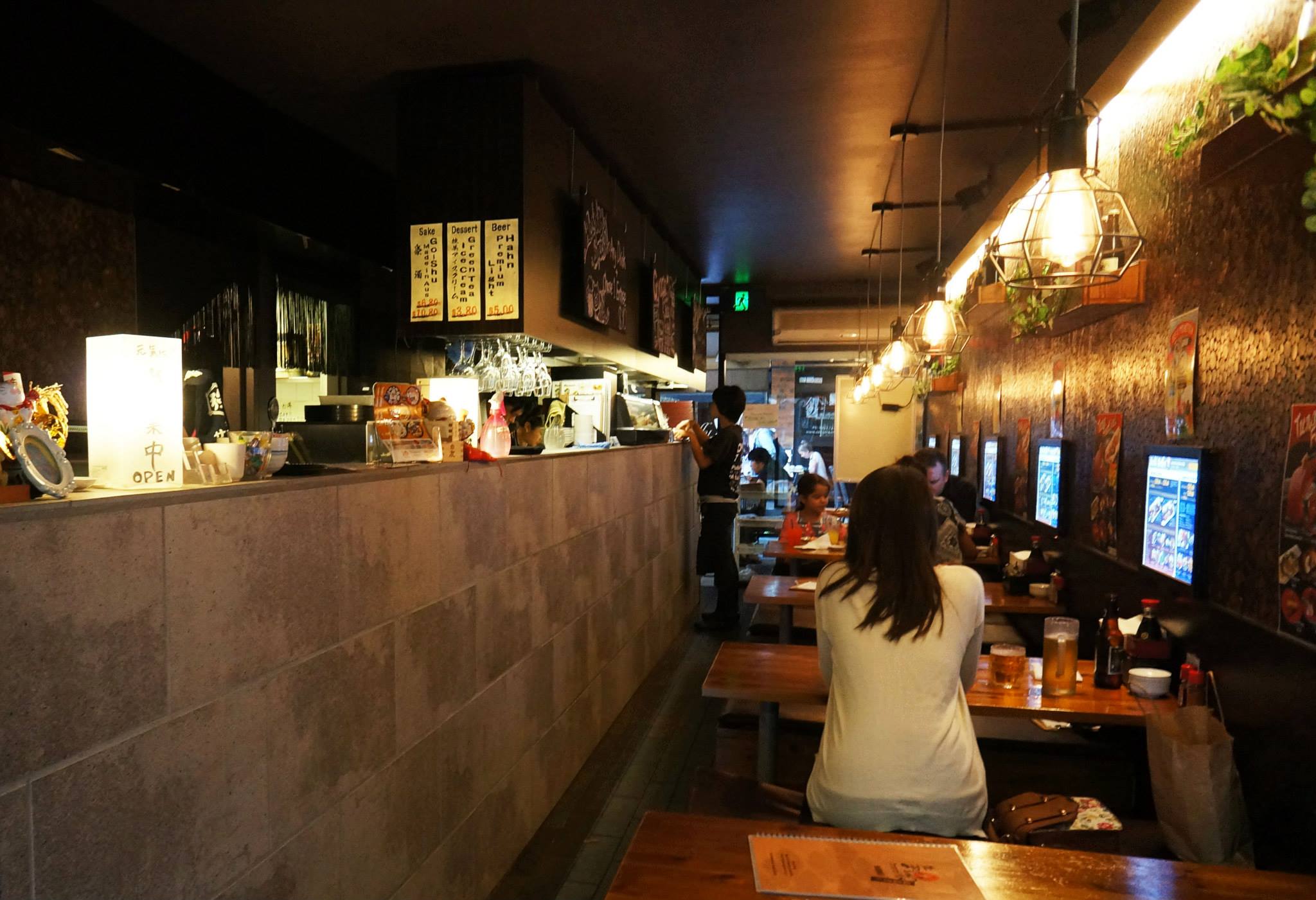 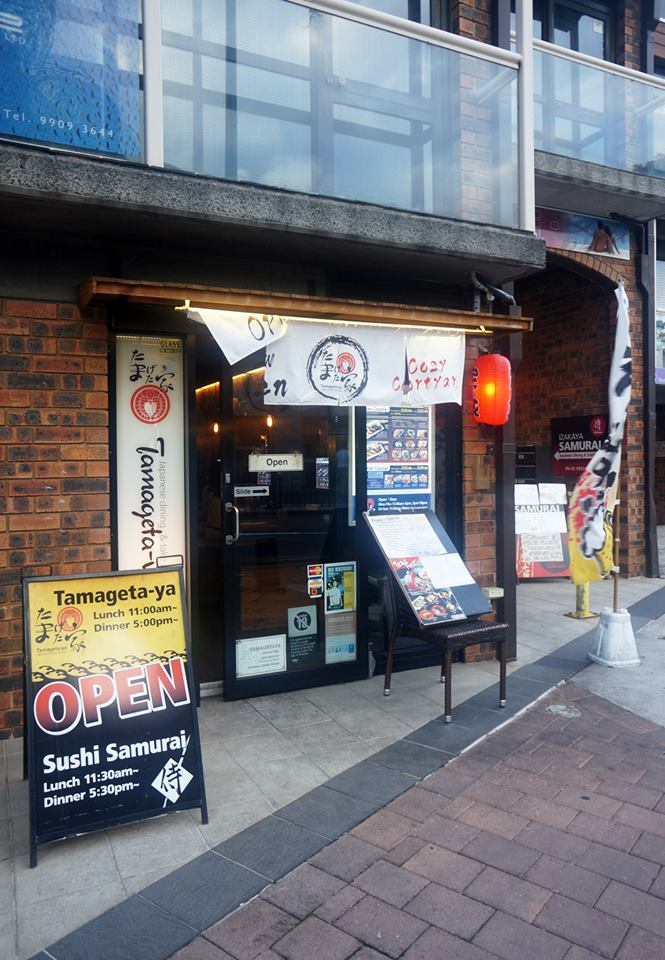 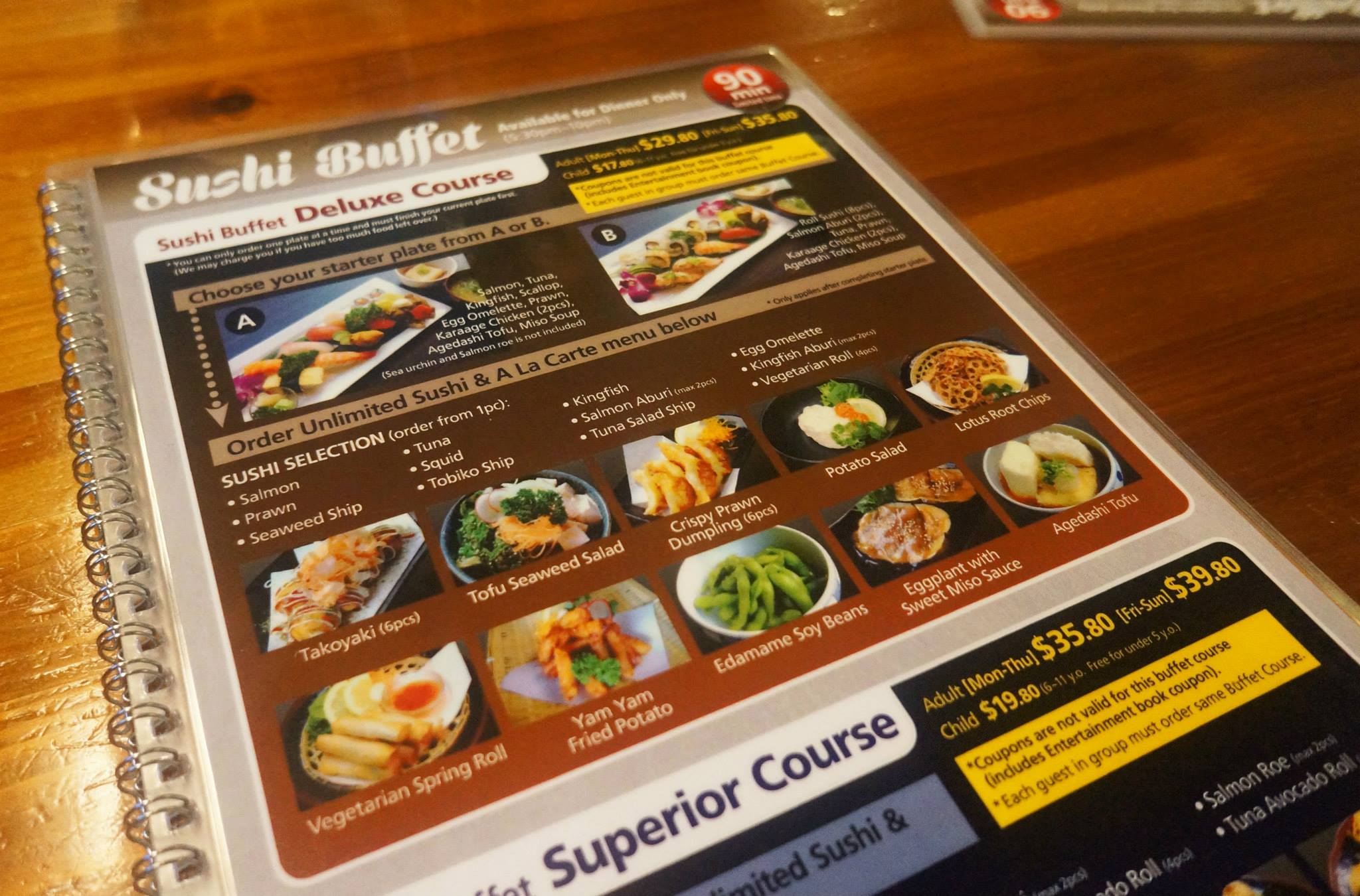 When it was time for us to leave I couldn’t help but notice that both Tamagetaya and Izayaka Samurai next door were both packed to the brim with customers, this was a positive sign and I can see why as the food was really good. The chefs here are authentic Japanese and it shines through with the quality of the dishes, there also seemed to be a lot of takeaway orders (we were seated near the counter) as well!

If I’m ever around the area I will probably visit Izayaka Samurai, hopefully they serve beer in the same awesome glasses. The sister restaurant was popular and just as busy if not more so than Tamagetaya.

Mr C and Miss K attended as guests of Tamagetaya & SD Marketing. All views and opinions expressed are our own.