Home > European > Made in Italy, CBD

Made in Italy, CBD 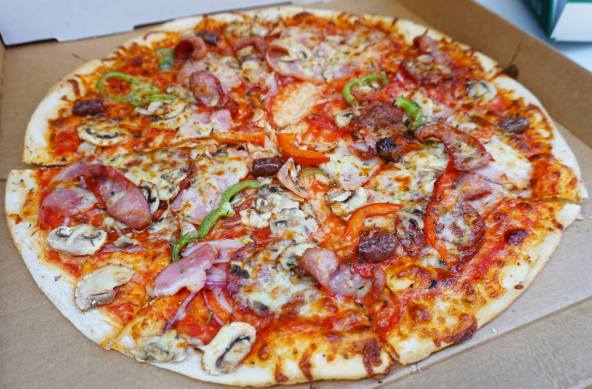 A few years ago Miss K and I visited the Made in Italy Restaurant in Pyrmont on a whim and thought it was such an awesome place that we wished they would open a restaurant in the CBD. Unfortunately that still hasn’t happened but luckily for us there’s a Made in Italy takeaway tucked away down York Lane in Wynyard.

Since it was my turn to pick the ‘Lunch around town’ location and I was craving pizza there was only one place I had in mind… In the end we had an awesome six large pizzas split between the seven of us which was just enough for everyone. Shout out to Bob (Jugernauts), Simon (Simon Food Favourites), Matt (PlanMB), James (Bitter Bliss), Michael (@sydmichael) and Julian (@flaxy) who joined the lunch.

Simon picked the first pizza pictured, this was basically a classic supreme pizza with plenty of ham, capsicum, mushrooms and cheese for toppings. Quite a good pick actually because I’ve recently started getting into roast capsicum and the combination of ingredients use for this pizza was nice. 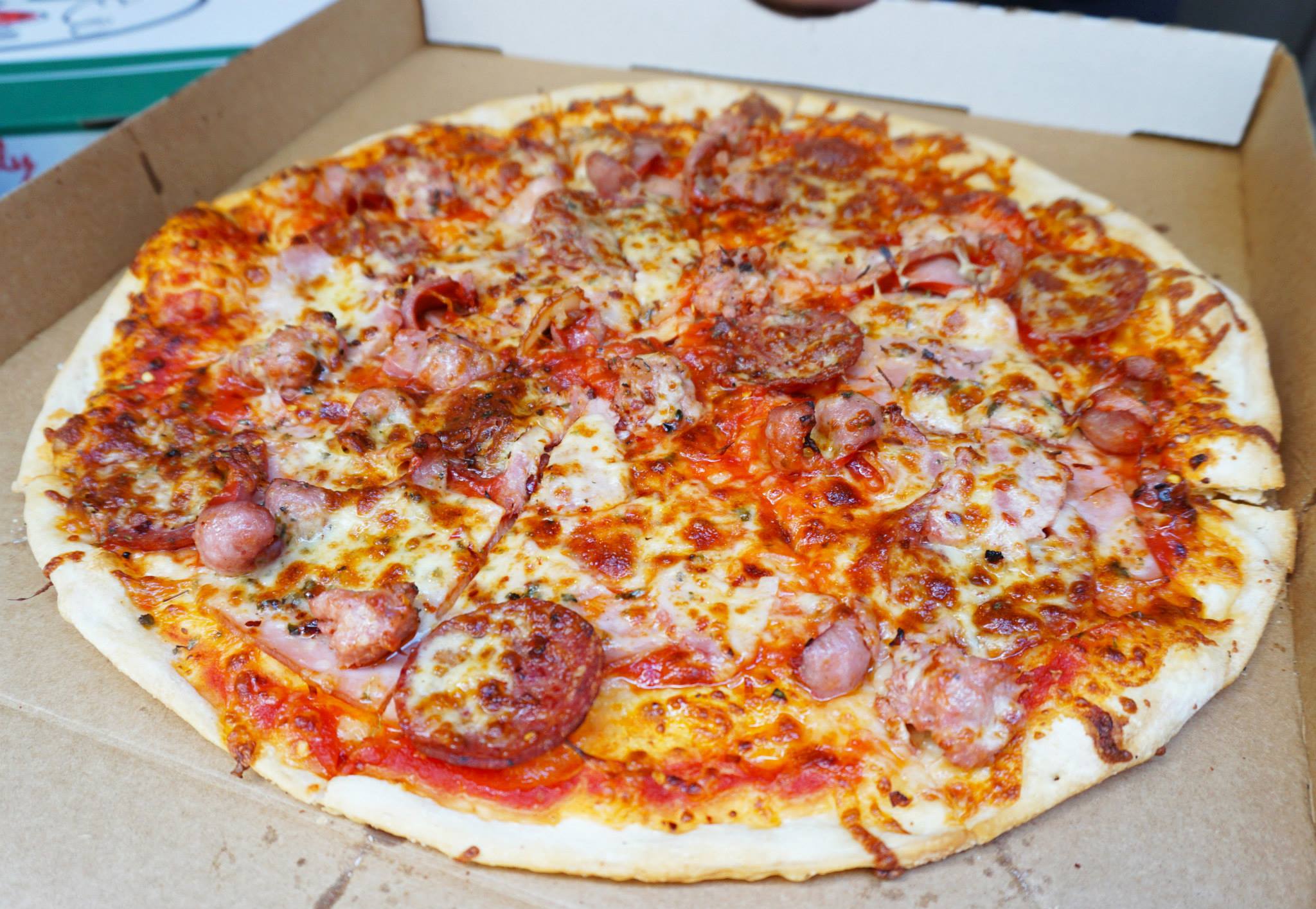 Michael decided to go with the delicious meat lovers pizza and extra chilli flakes, I personally would have liked if they put more chilli because it was still quite tame. Everything else about the pizza turned out pretty awesome especially for those who love their meat, the salami was a highlight. 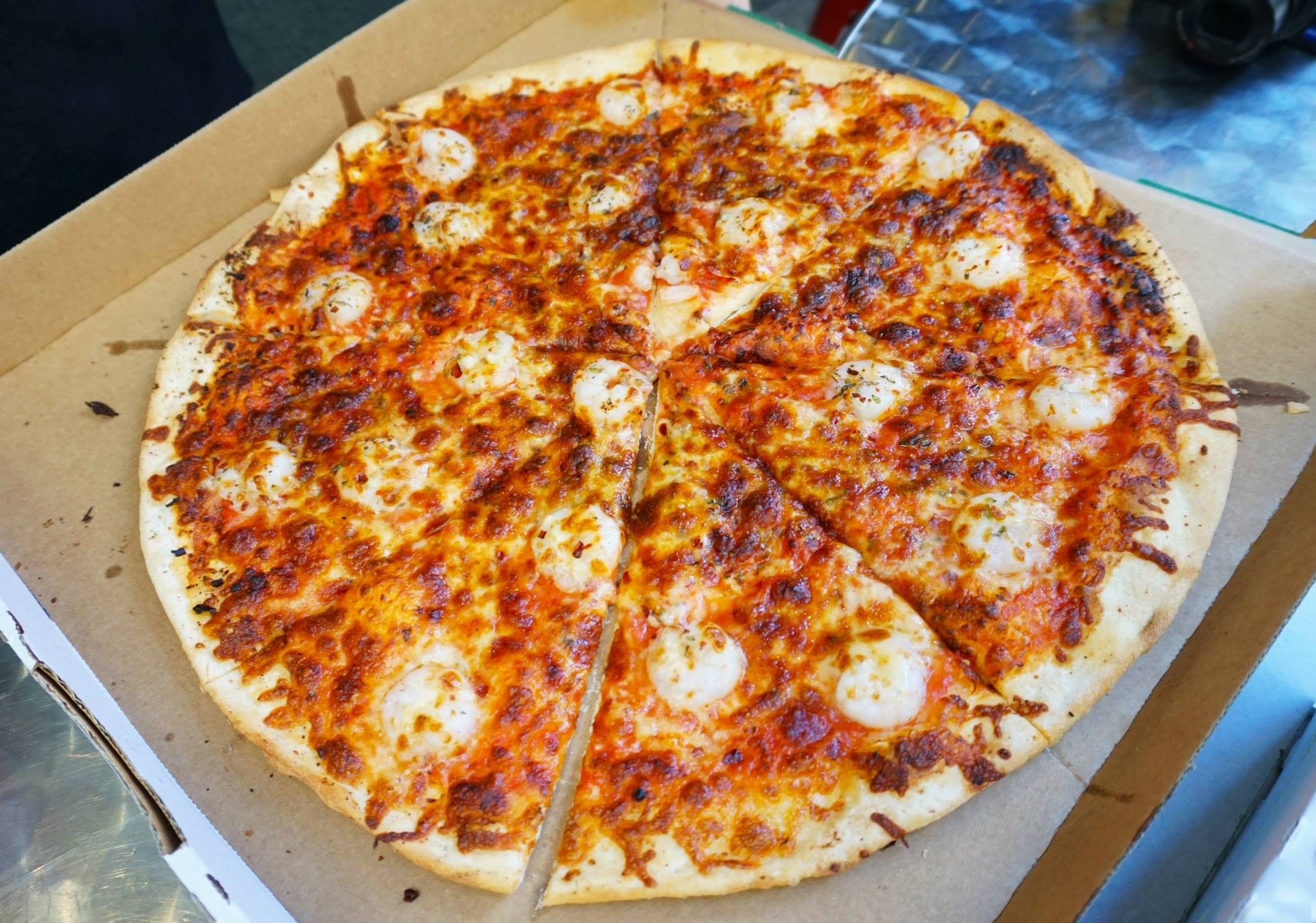 My pick was the gamberi with extra chilli flakes, this is an awesome combination of delicious prawns and spicy chilli flakes (yet again). The thin crust on all of their pizzas turned out really good and each bite of the pizza results in a mouthful of very crispy goodness every time. 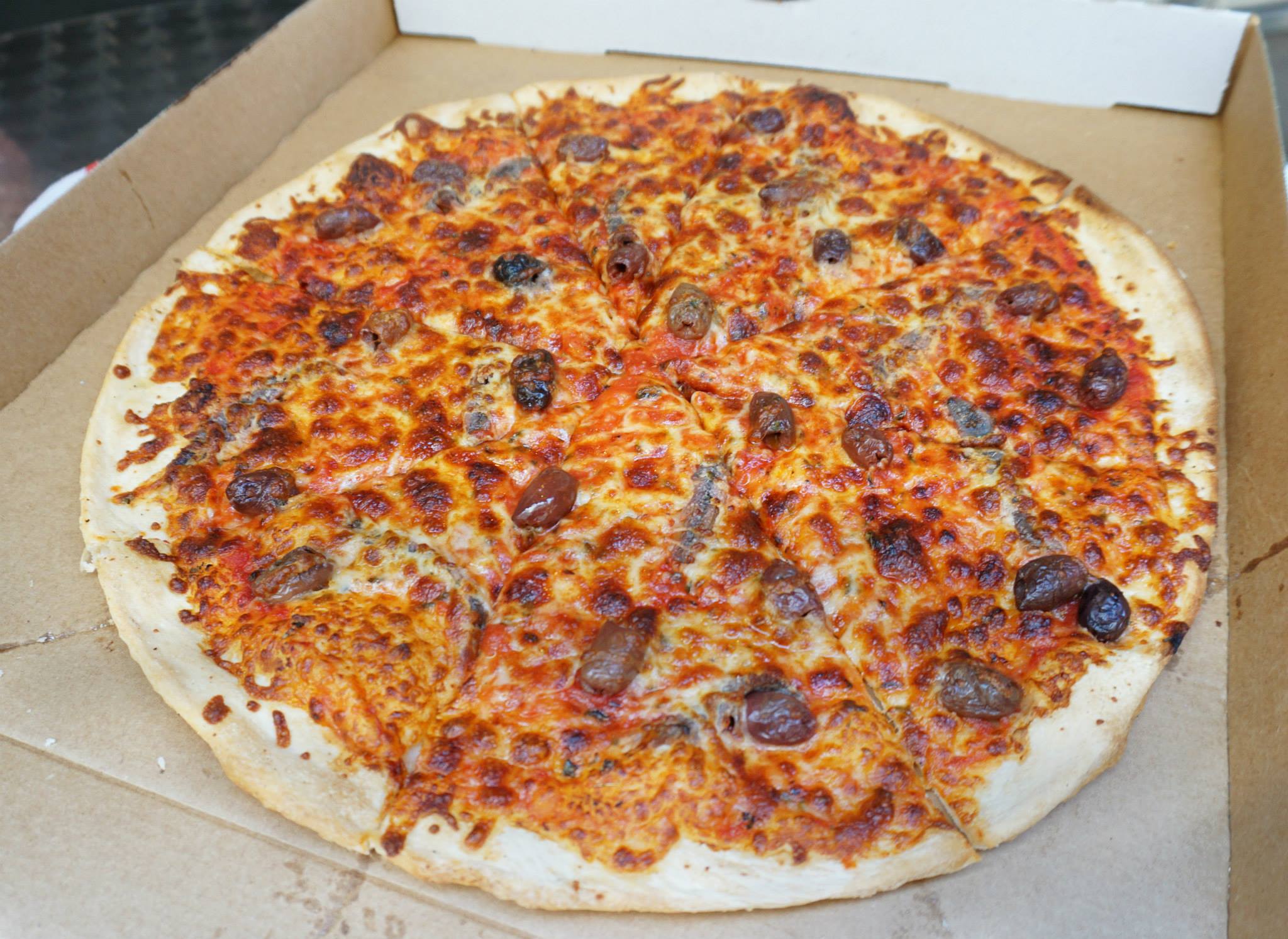 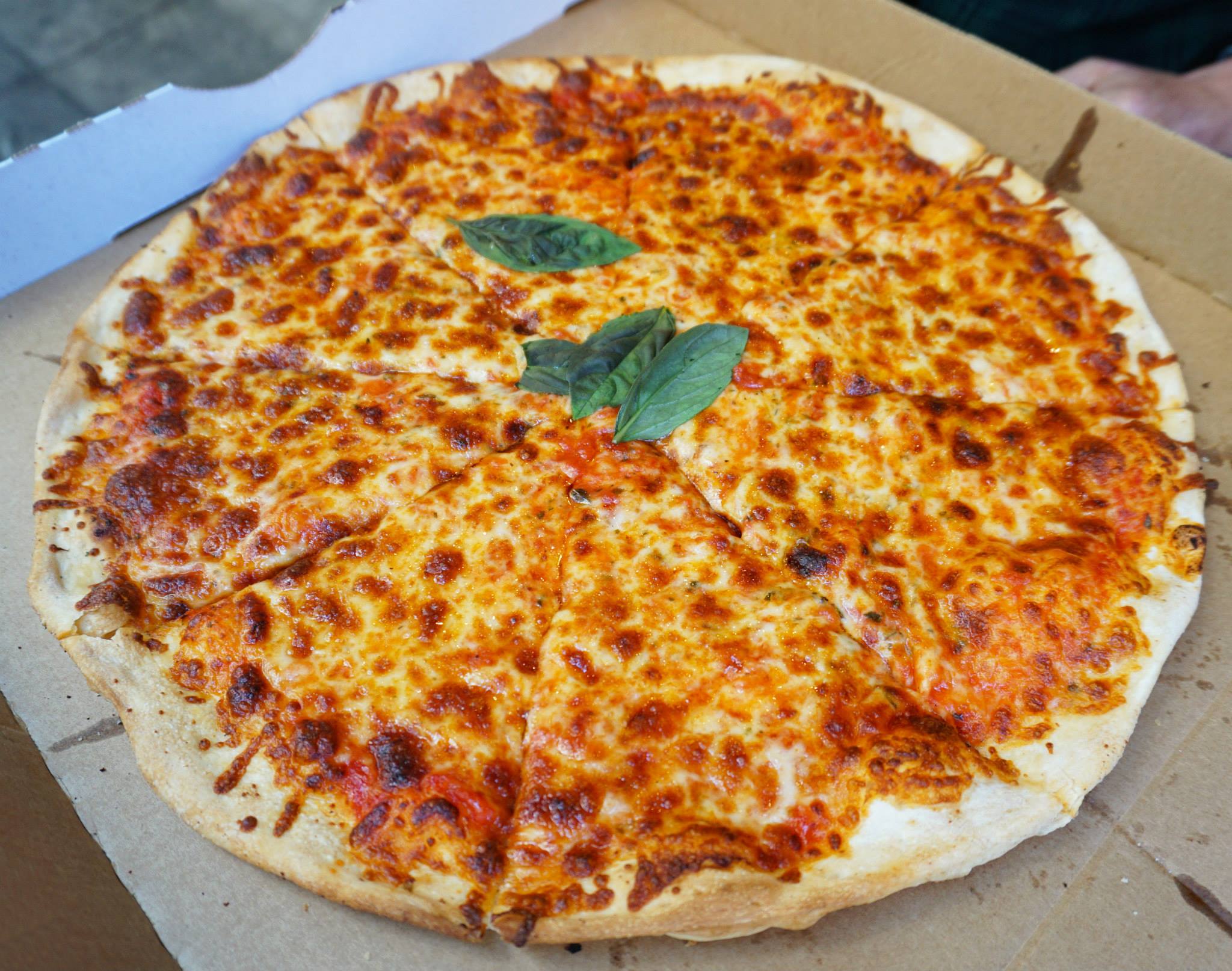 At some point I had to chuck in an extra two pizzas so the Napoli and Margheritas were actually random picks while I was in a rush. Luckily they turned out to be quite nice with generous amounts of olives and anchovies on the napoli and with just the right amount of tomato sauce and cheese on the margherita – which actually turned out more like a pure cheese pizza as you can see! 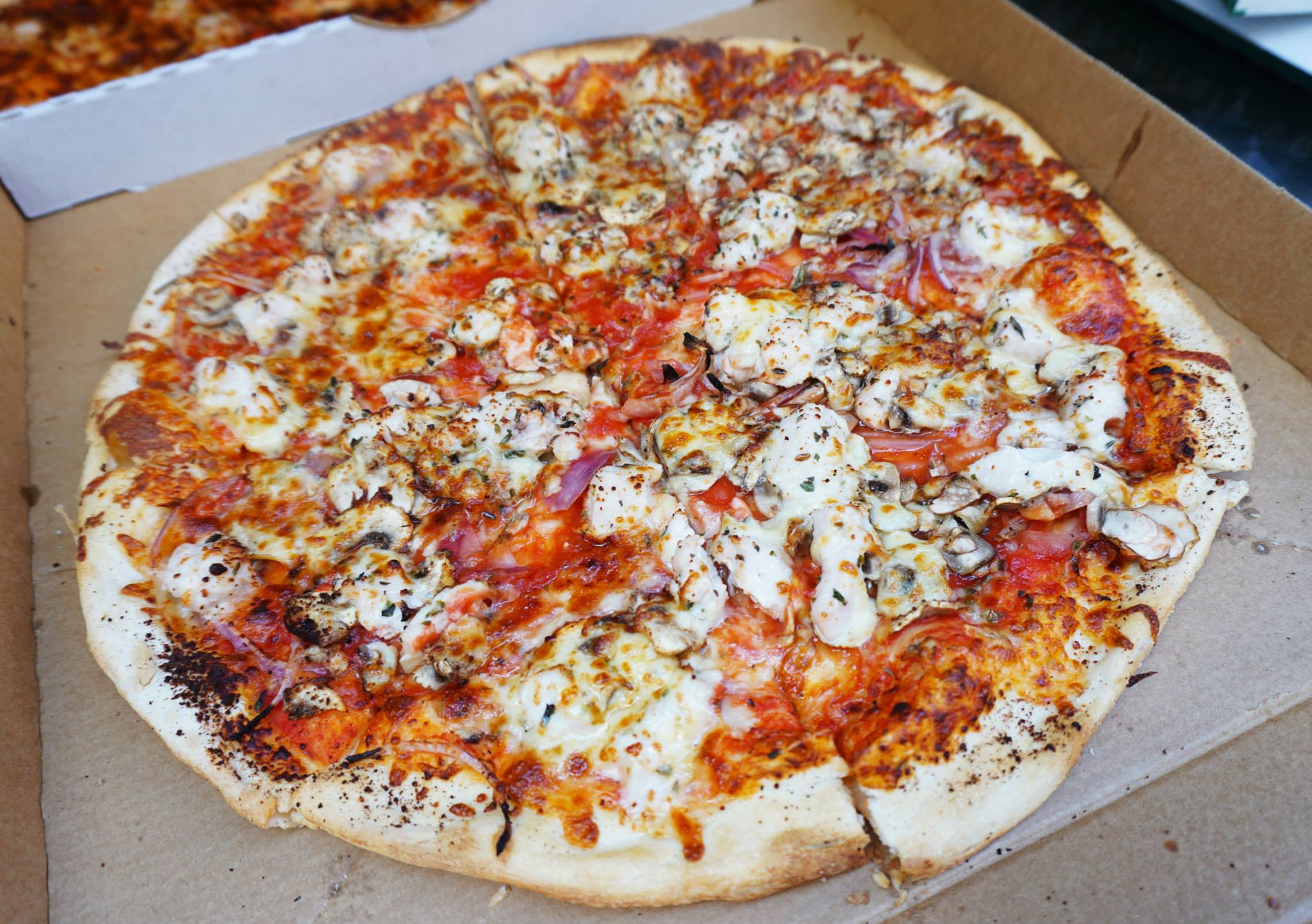 The pollo pizza was quite good also, generous amounts of chicken, mushrooms and red onions which all happen to be ingredients that I really like. The chicken was a little bit dry in some cases but that was countered by all the tasty cheese and tomato sauce. 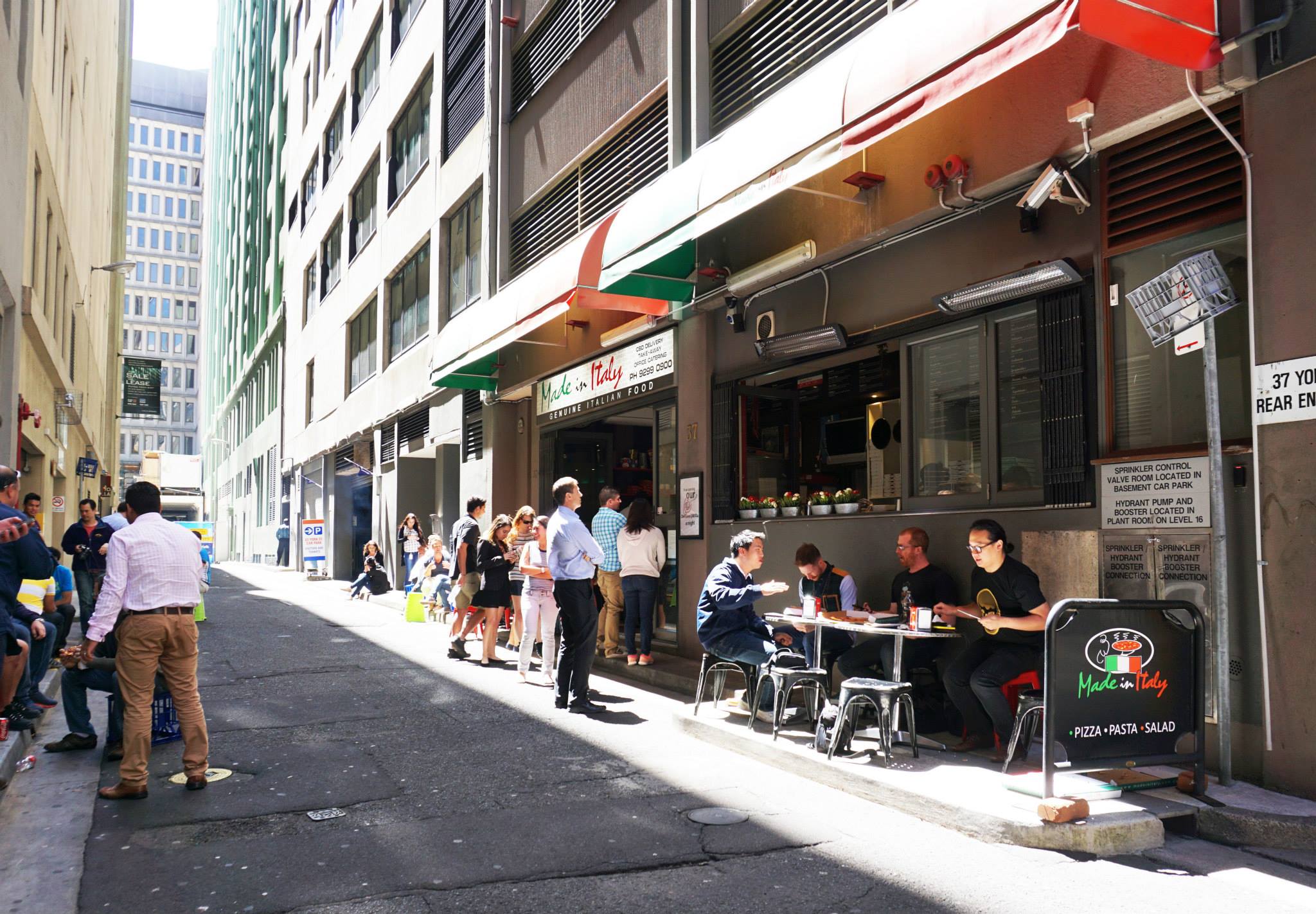 Made in Italy gets busy pretty fast with all the workers in the offices nearby crowding around to get their pizza fix during the lunchtime rush hour. The laneway fills very quickly with people enjoying pizzas and pastas which I really liked, it’s about as close as you’ll get to a Melbourne laneway in Sydney. Definitely get your orders in early  if you don’t want to wait and check out the pizzas!