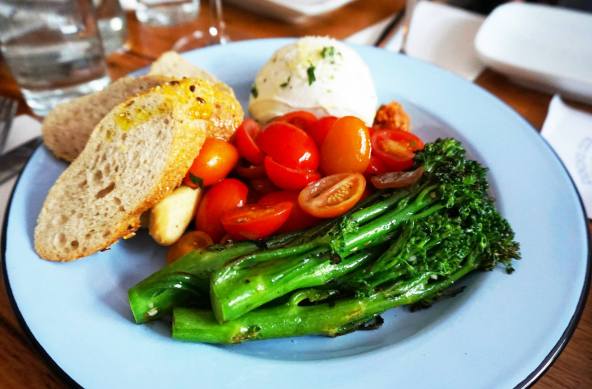 Just last week we had a little get together to catch up with some fellow bloggers, Sherrie (Crystal Noir) suggested Buffalo Dining Club because simply put ‘CHEESE WHEEL’ and thus the decision was made. We were also joined by Matt & Beryl (PlanMB), Elena (Ellie’s Belly Adventures) and also bumped into Mel (The Adventures of Miss Piggy) while we were there.

Groups larger than four are required to have the house order food for them, they ask if anyone has any allergies or preferences and then the party starts. I’ve always been a fan of buffalo mozarella so I was happy to see this one land on the table as part of the first wave of food. The cheese tasted really fresh and light, the cherry tomatoes and broccolini which Miss K devoured were also really nice. 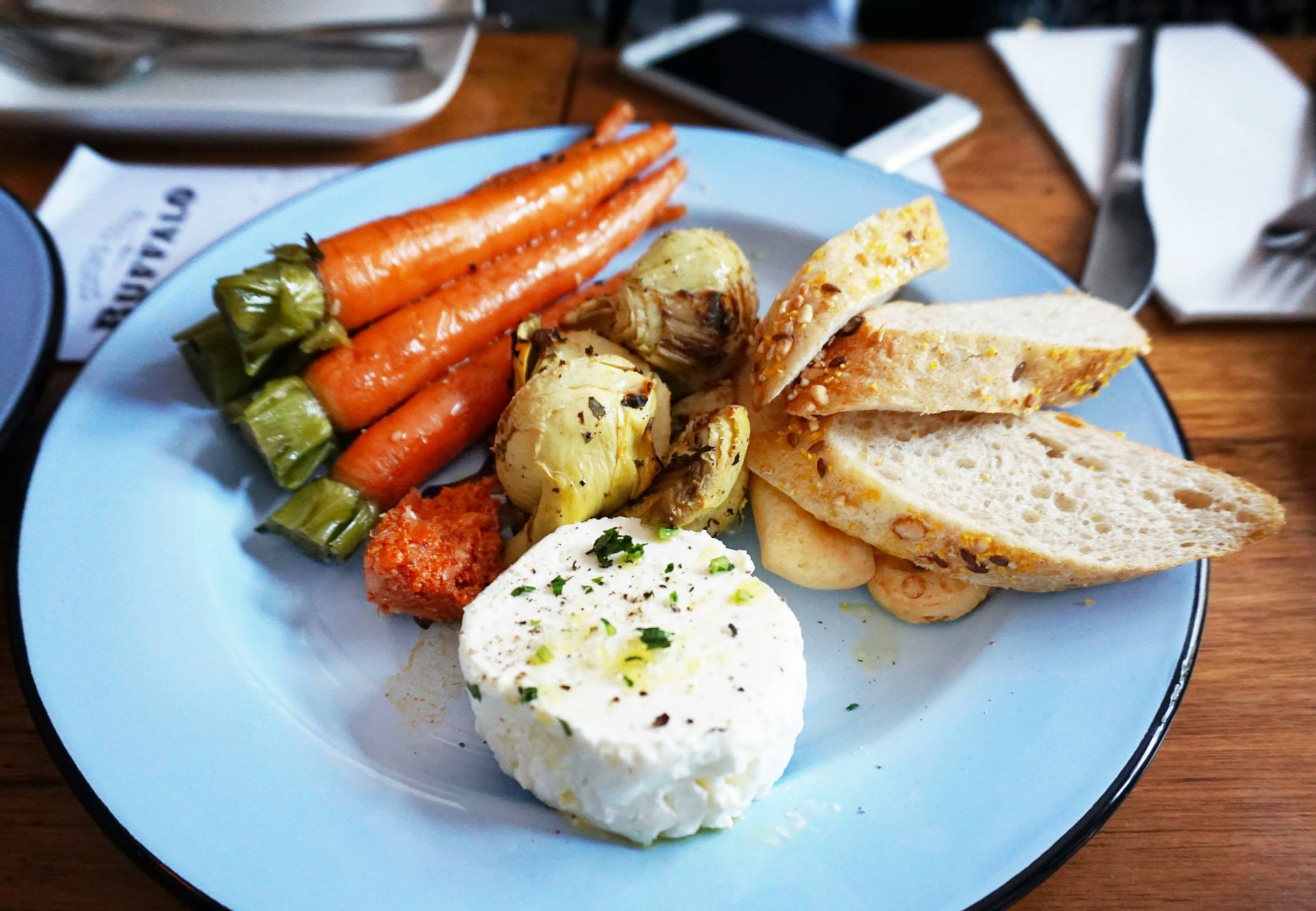 The creamy caprino was probably my favourite cheese of the night, both of us have always been fans of goats cheese and this one was the most flavoursome of the three, it tasted really good when spread over the bread. The carrots and artichokes were nice but not overly amazing. 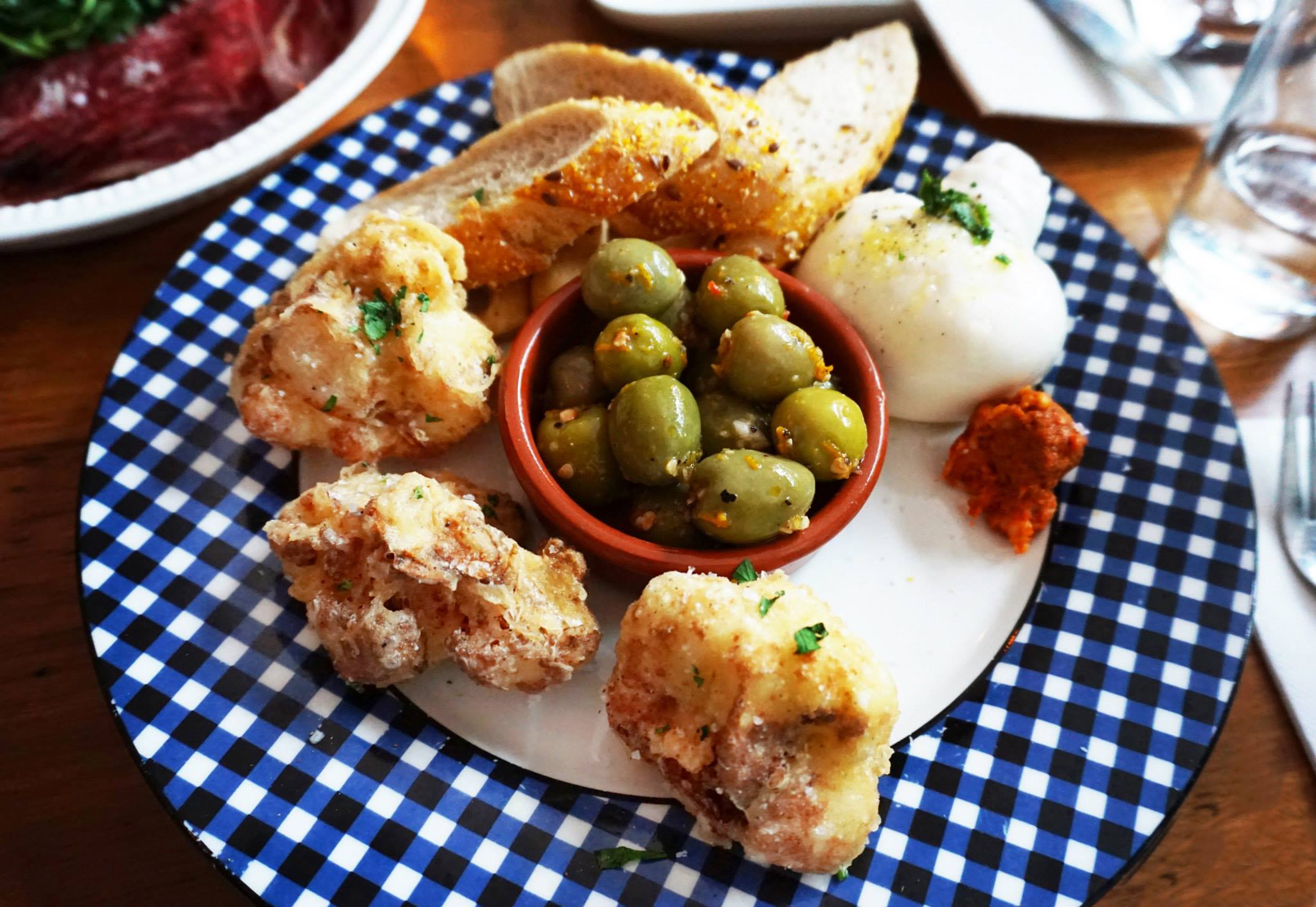 The burrata cheese was the first I’ve had and I really liked it, the oddly stringy texture was actually nice and the cheese itself was a little bit salty. The table didn’t seem to be big fans of the olives but the tempura cauliflowers were the winning side for me since they were so crispy. 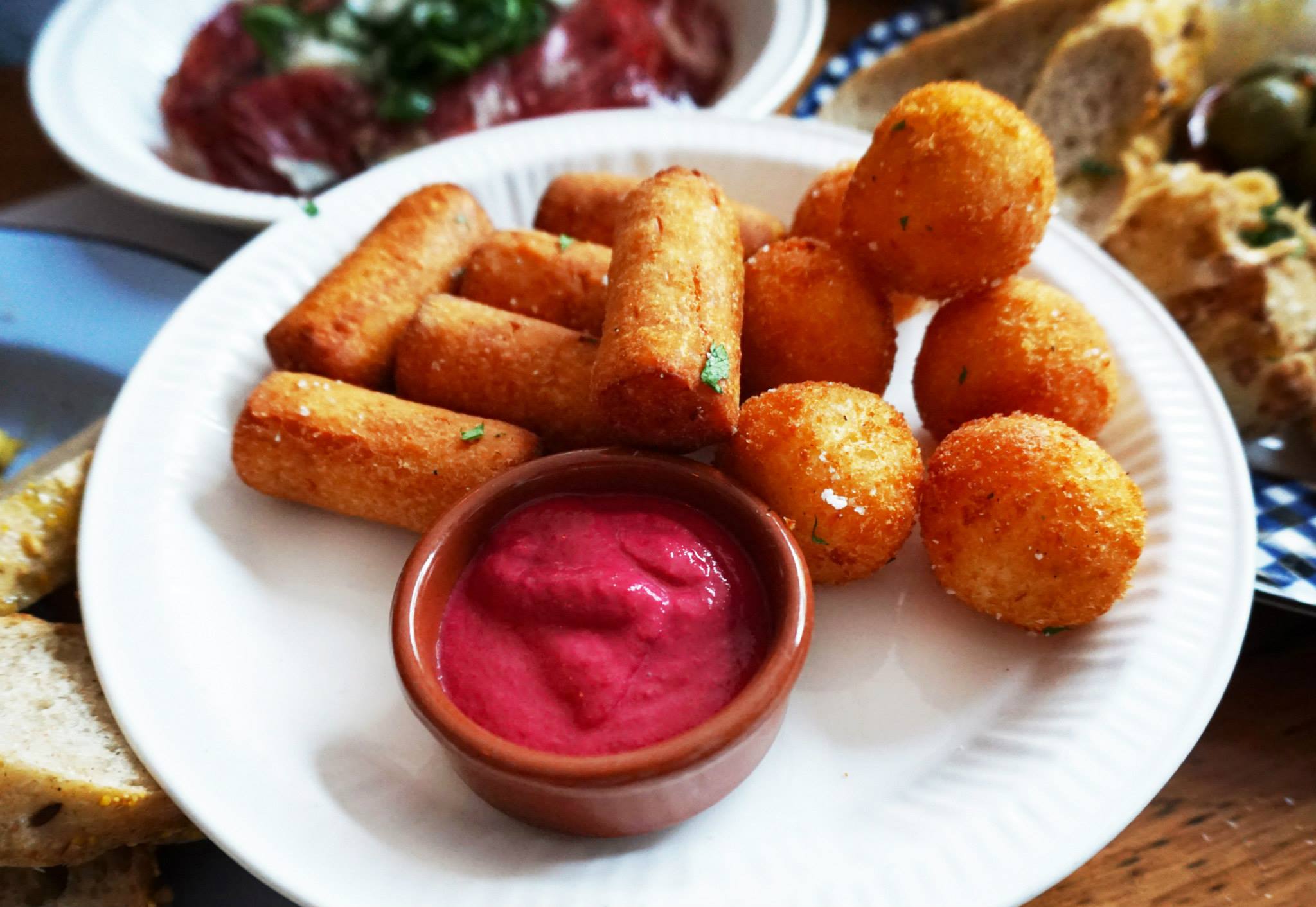 Along with the cheese plates they also provided two extra sides of croquettes and tangy beetroot sauce, these tasted really crispy but as with any other fried goods it’s difficult to compare freshness of ingredients which I think is the draw factor here at Buffalo Dining Club. 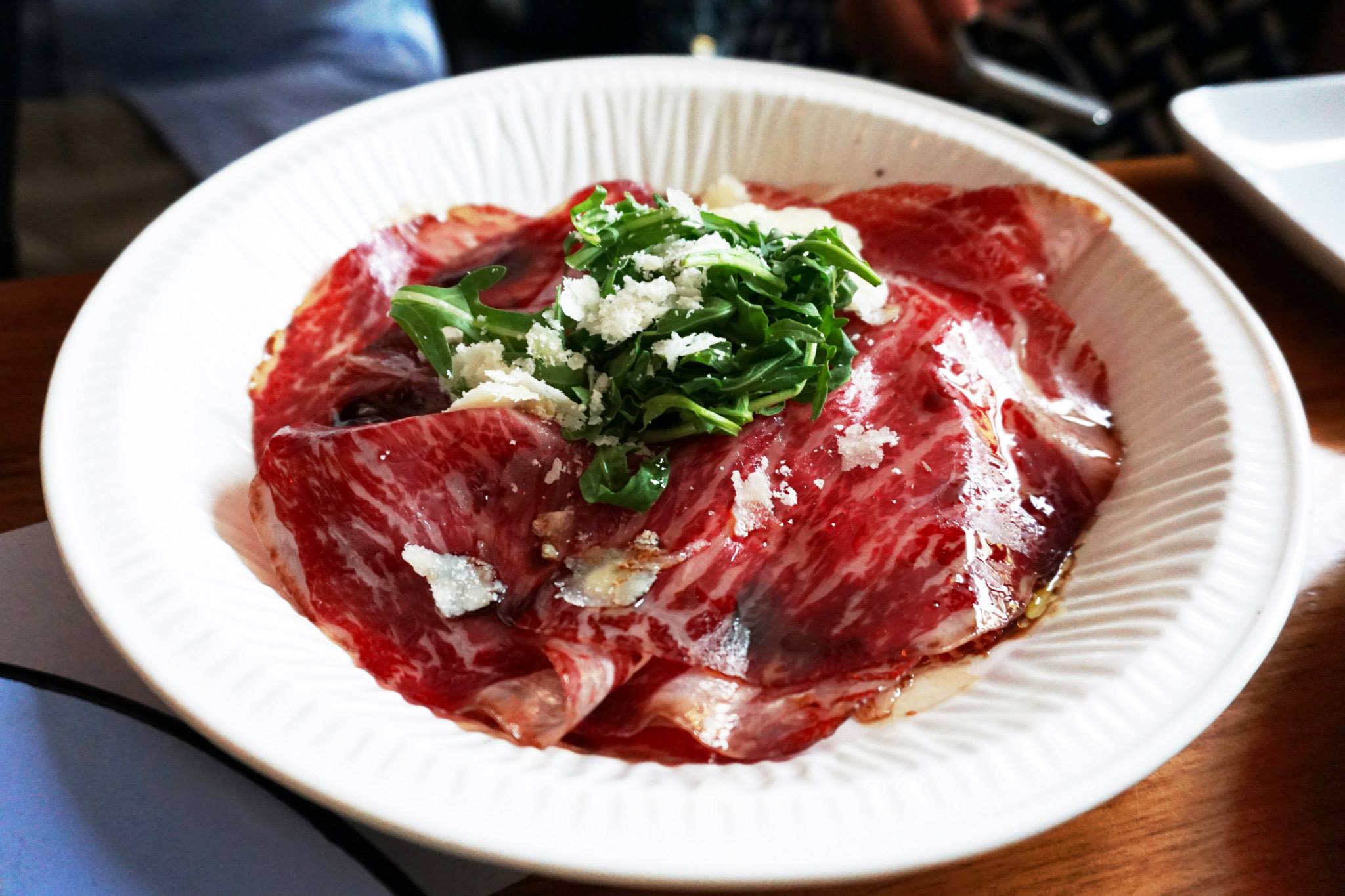 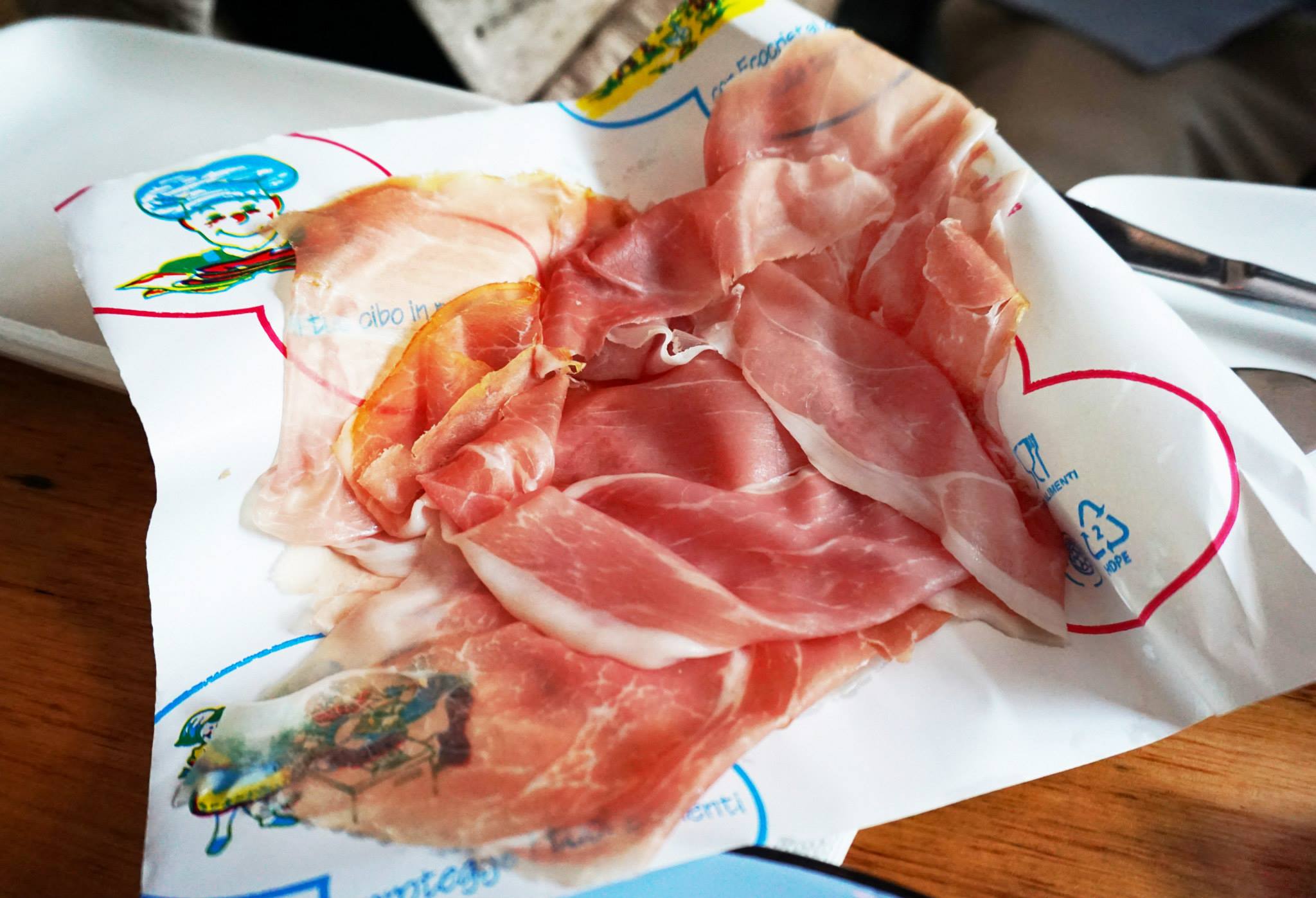 To accompany the cheese plates there are also a variety of cured meats on the menu, the wagyu bresaola drowning in olive oil was a clear winner simply because it tasted nothing short of amazing while the prosciutto was also really nice and soft. 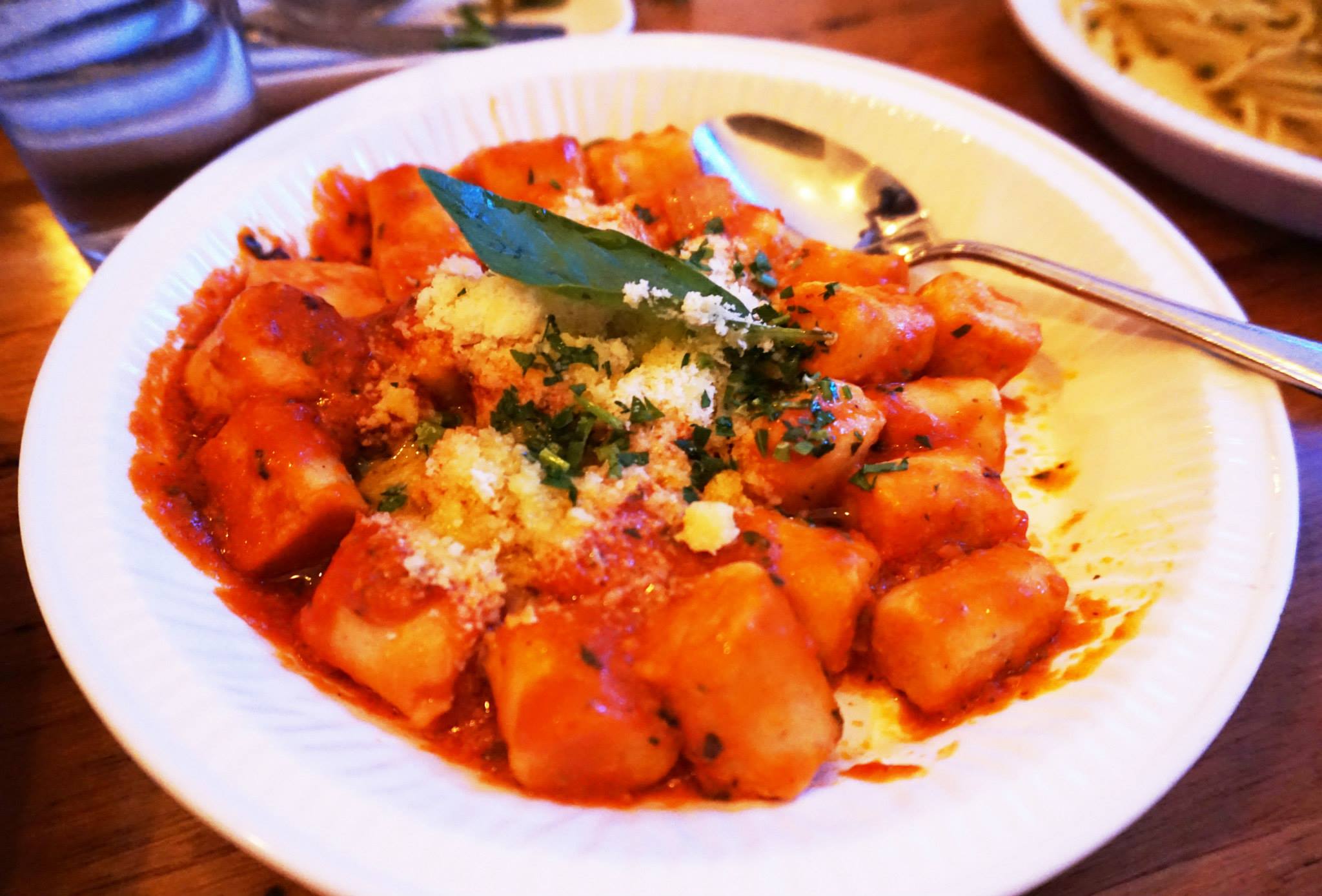 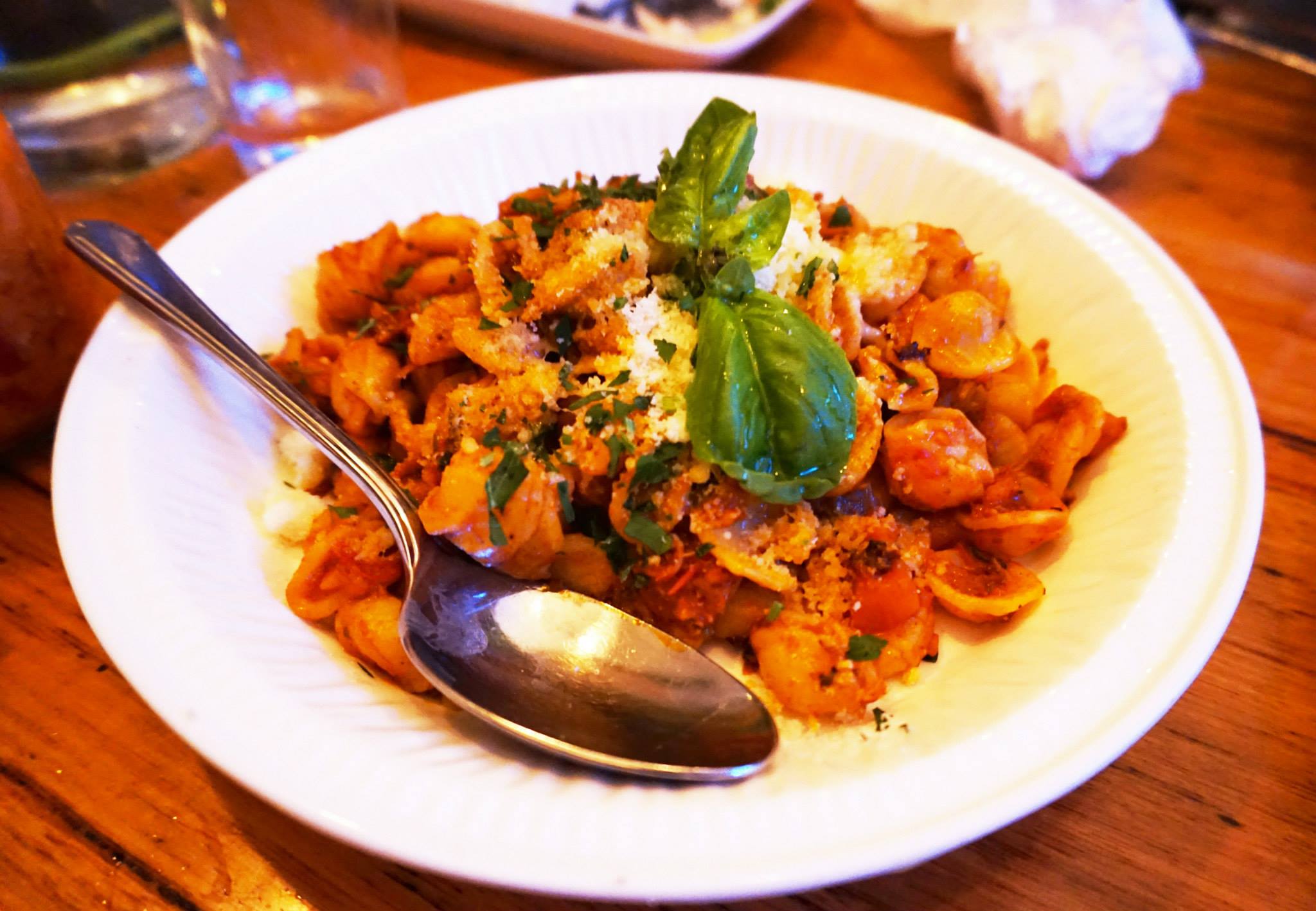 The Gnocchi and Ragu came out as part of the second wave of food, both pastas were really good but the gnocchi seemed to be most popular. I generally don’t enjoy gnocchi because they’re too dense but these were made just right and almost melt in your mouth, it also went well with the REALLY spicy chilli sauce. 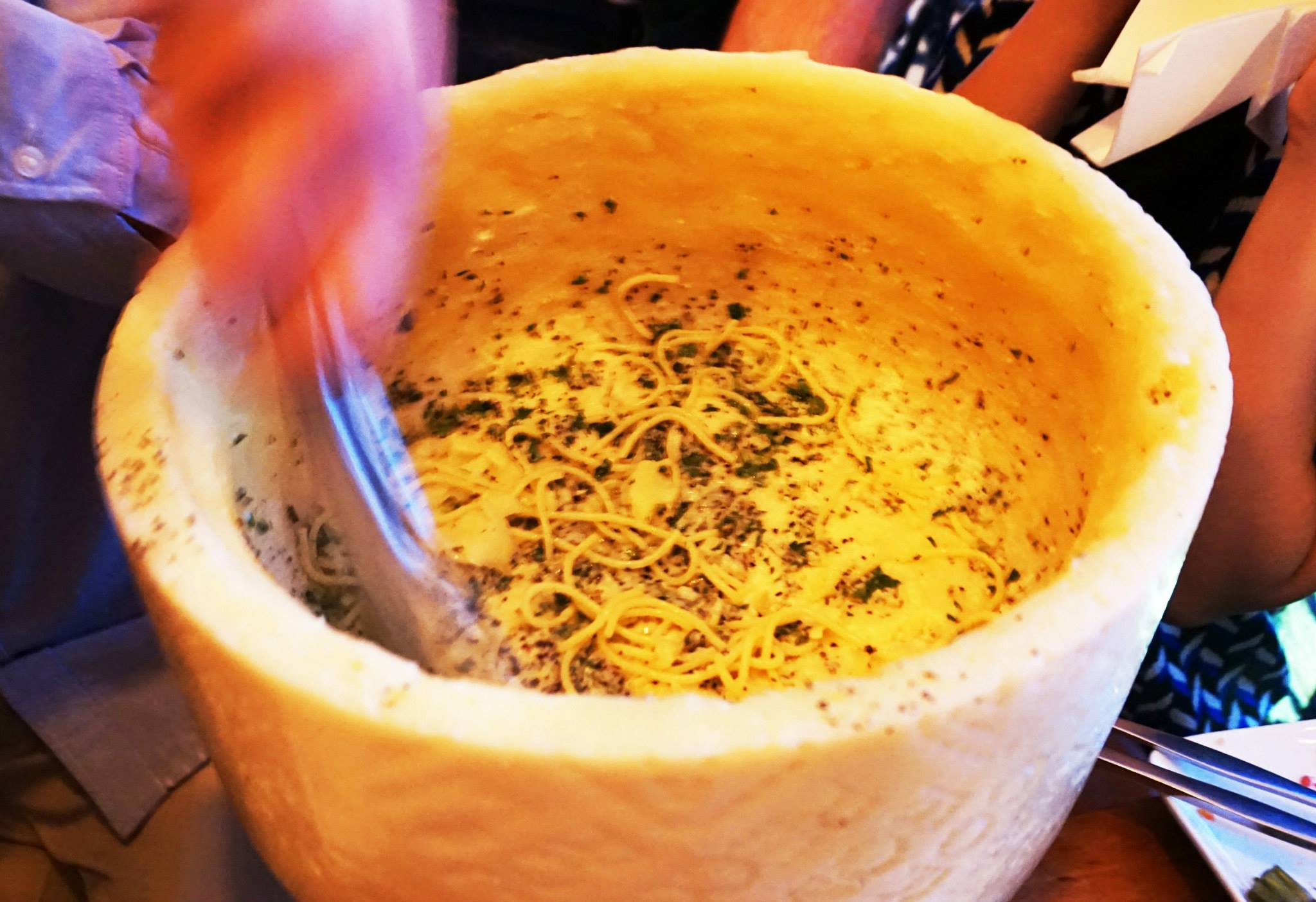 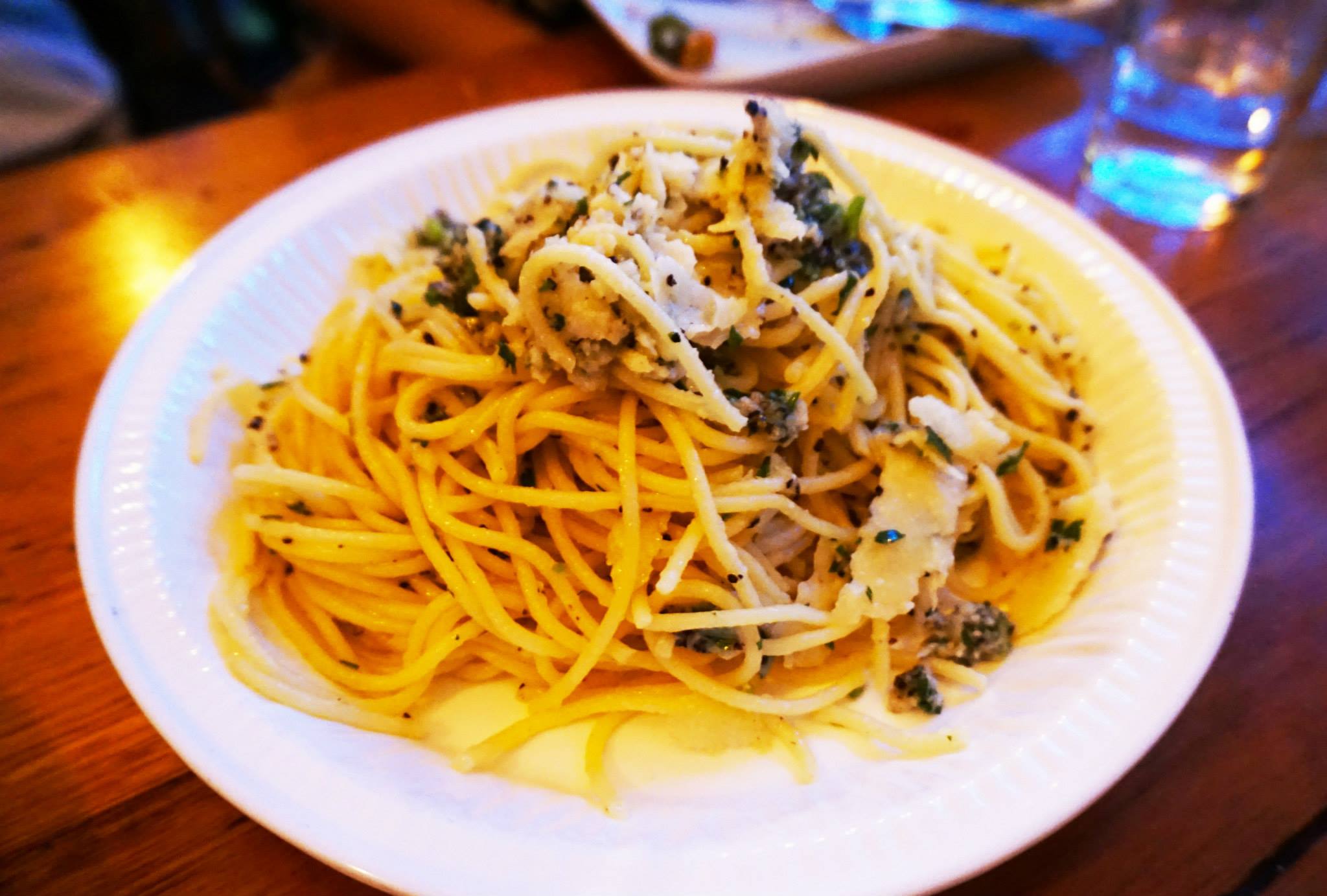 Everyone was quite excited to see the famous pasta prepared in a cheese wheel, unfortunately the photos were hard to get but the final product turned out to be a really nice and tasty pasta with lots of pecorino cheese slices. Those that enjoy pasta with more ingredients and a stronger flavour base might not enjoy it but I really liked the simplicity of the ingredients in this pasta which made it easy to eat. 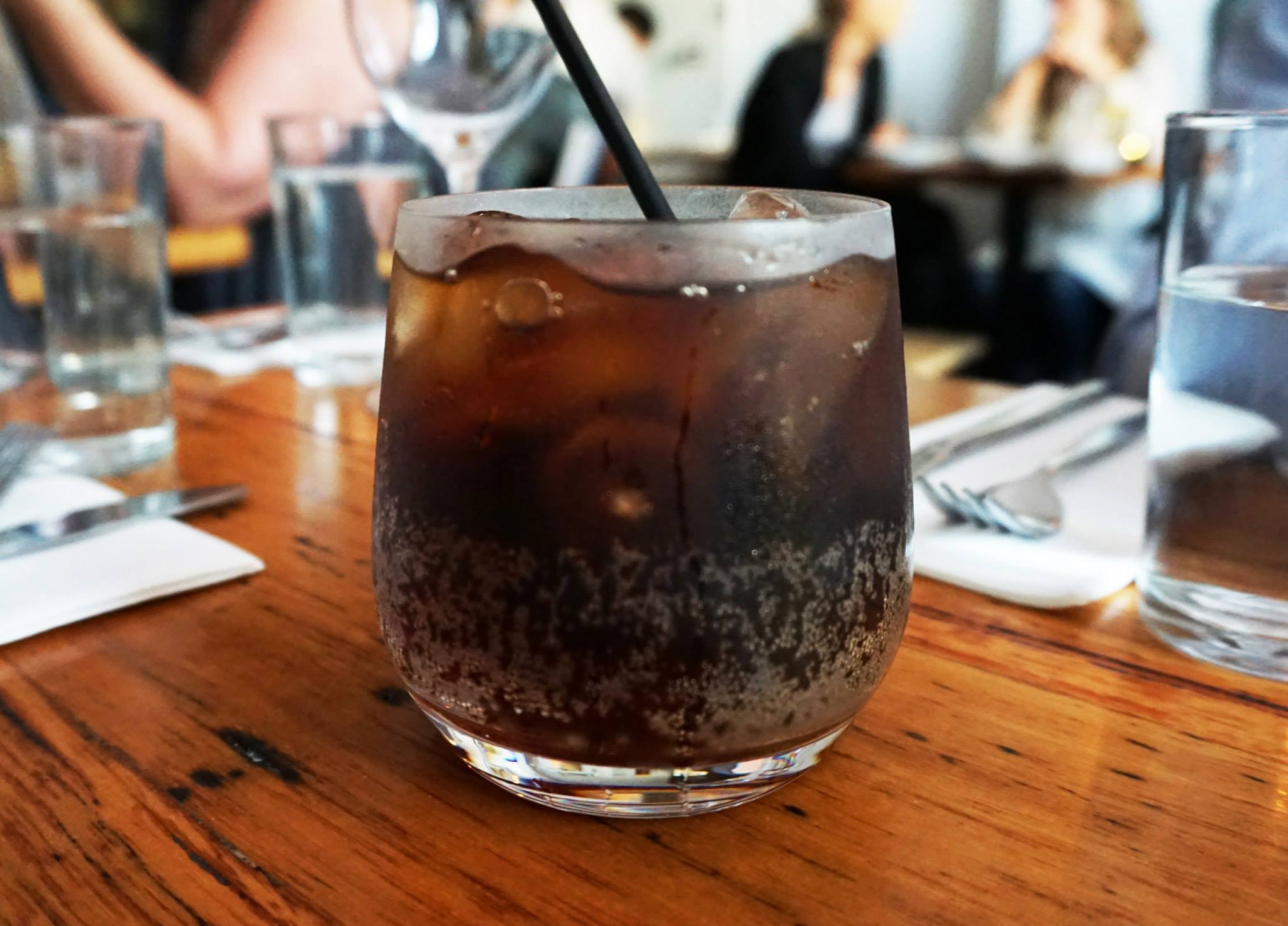 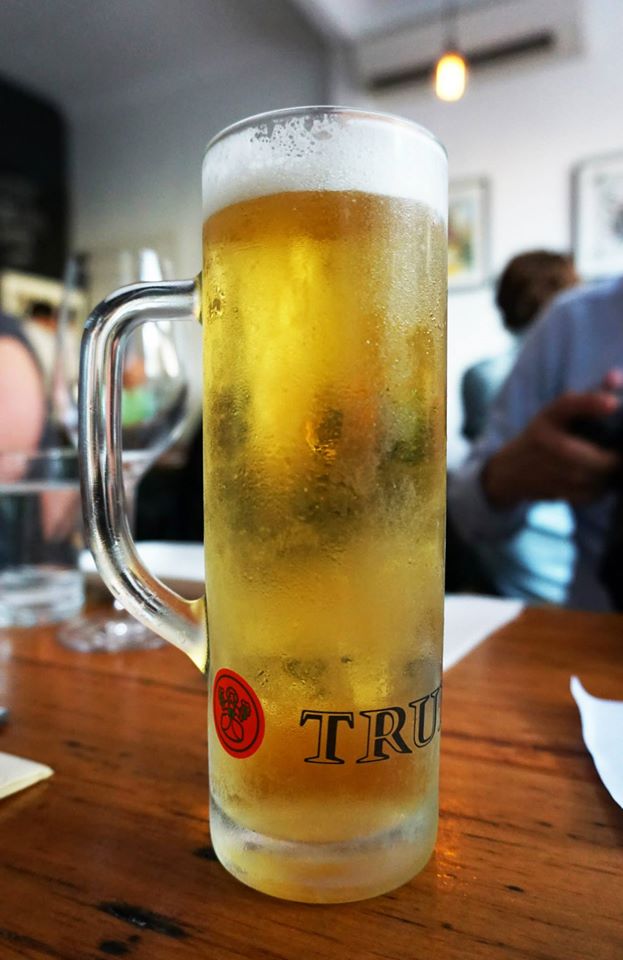 To accompany the food we ordered a bottle of chinotto and an Austrian Trumer Pils beer, both were really nice and cold and helped wash down all the food that was coming out. 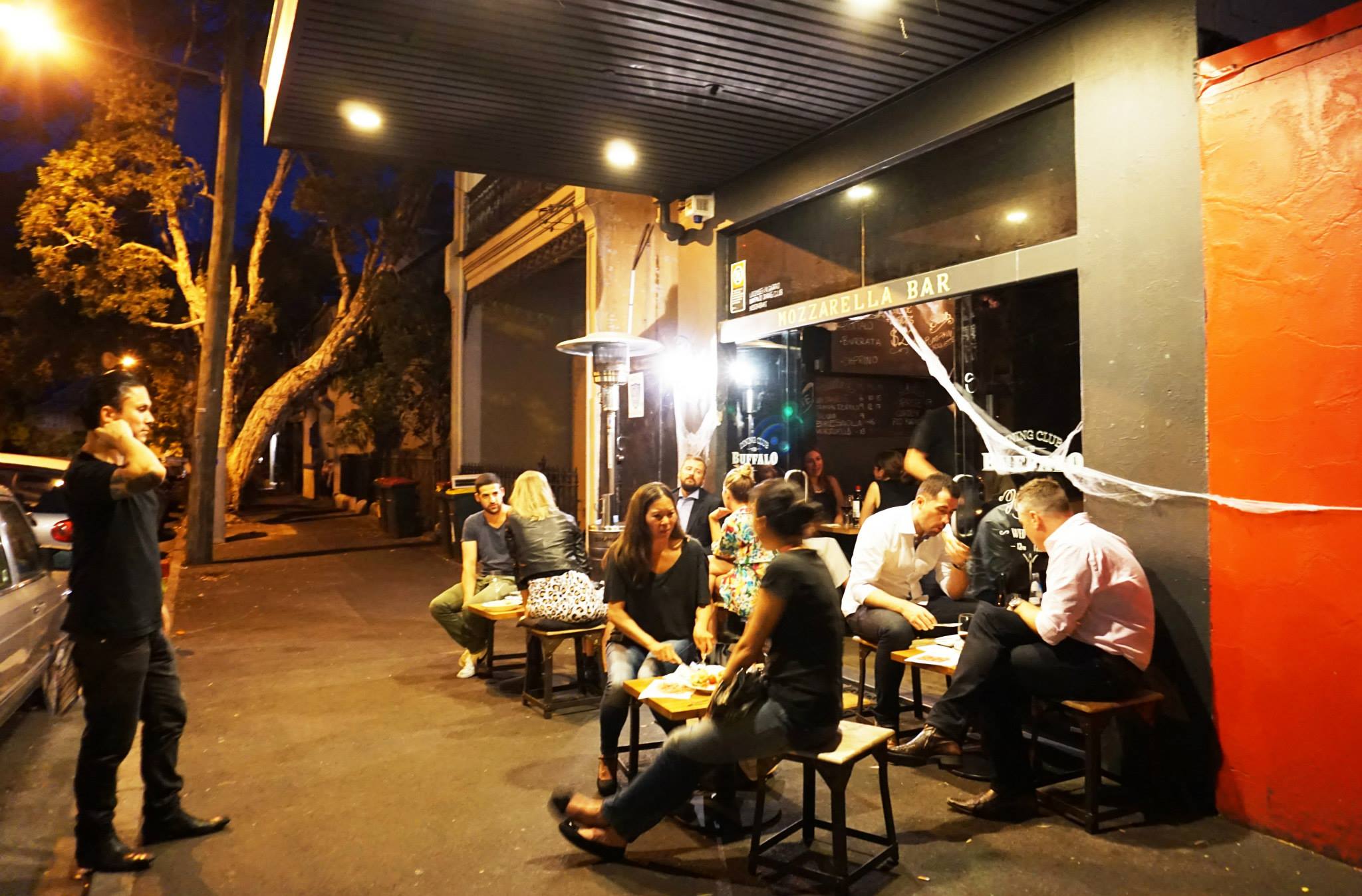 We were actually surprised by the price at the end of the meal since we had no control over the ordering. Considering how much we ate it all came down to only $28~ per person for the food, drinks were a little bit extra but the price was still really good for the quality of the food.

It’s not hard to imagine why the restaurant is so popular, it’s currently rated at an insanely high 96% on Urbanspoon at the time of writing! Although be warned that the restaurant gets busy by 7pm in most cases and they will not seat you without the full group present.