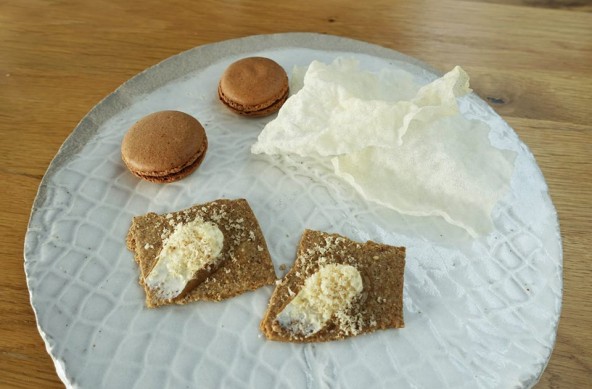 LuMi Bar and Dining is a new restaurant managed by Sydney Restaurant Group, the same group also owns the more well known Ripples and Aqua waterfront restaurants across Sydney. Lumi Bar and Dining is their latest venue and as far as I can tell is also one of their best venues so far in terms of quality of food, I would highly suggest visiting soon before their menu prices go up due to popularity 🙂

After hearing so many good things about the 8 course degustation I decided to go with that option, this selection must be requested in advance if it’s for lunch. The entree platter comes with an interesting mix of items, my favourite was that onion and chicken liver macaron which had a nice texture and oddly unique taste. 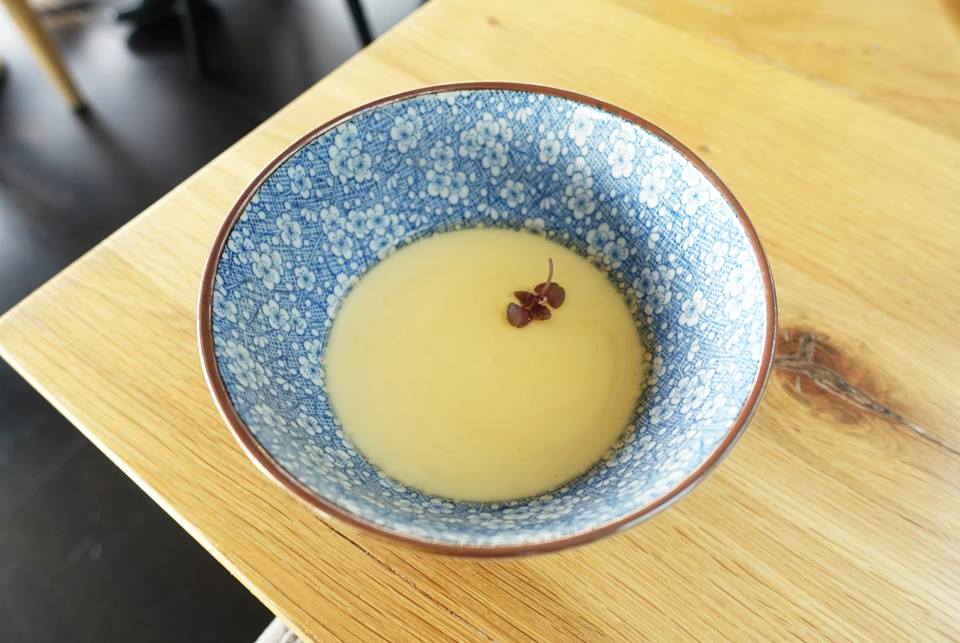 From this point onwards it was clear that the menu is an amazing fusion of Japanese and Italian, both of which are my favourite cuisines. The chawanmushi has a very light and soft texture but bursts with a flavour somewhere between egg and strong cheese. 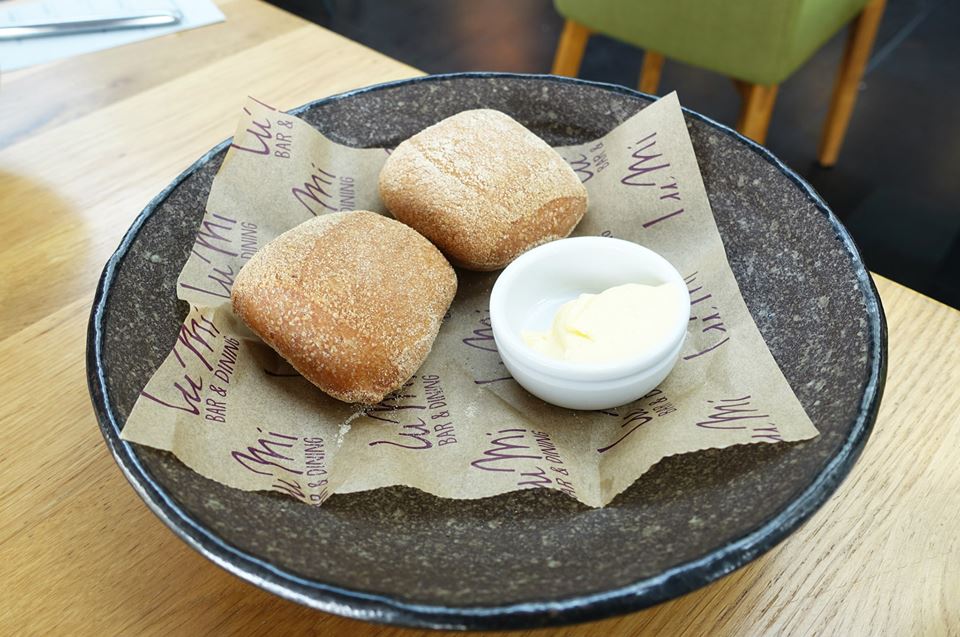 The bread and butter was relatively simple and plain but comes out warm which was a nice touch and served it’s purpose of helping to keep our hunger sated. 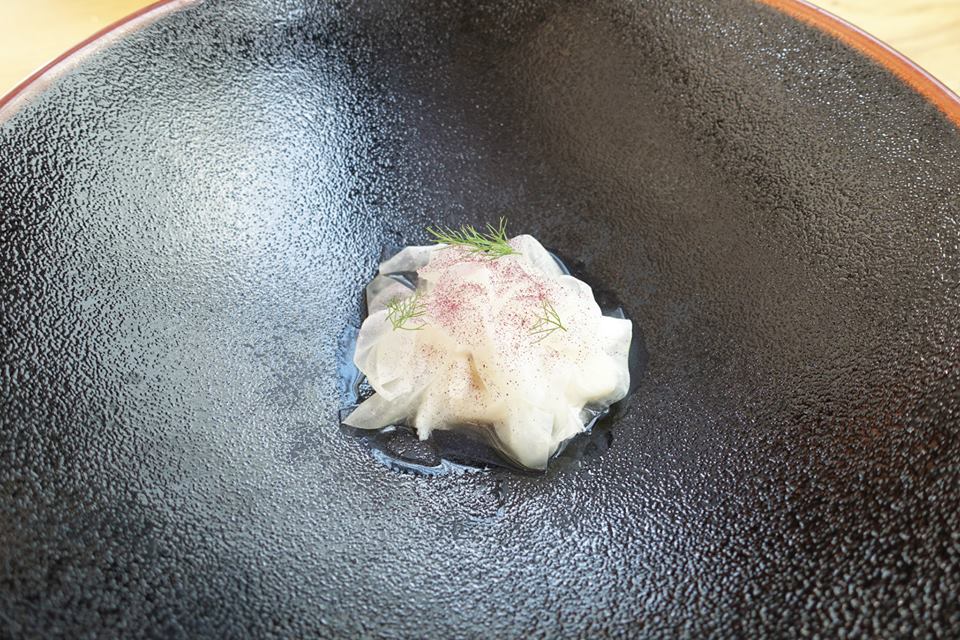 The spanner crab dish is a delicate dish consisting of crab meat mixed with milk curd and covered in what I believe is kohlrabi. The dish is served cold I really enjoyed it, the lime dressing gave it a nice and tangy touch. 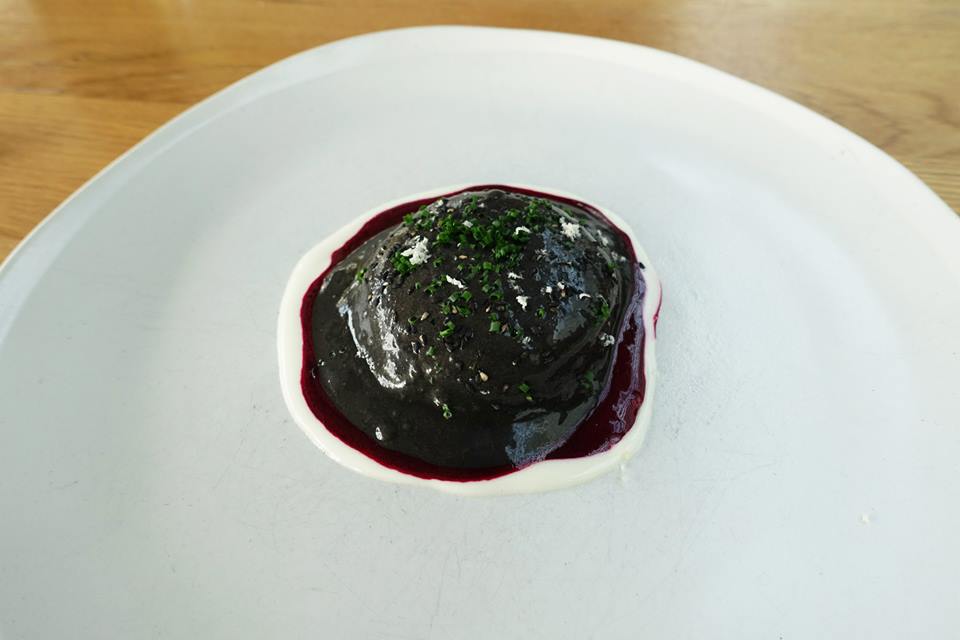 The beetroot dish here was a bit of a divider, I wasn’t sure if I really enjoyed it or not but I think if I had stopped halfway through it would have been much better. The first few bites were a delicious explosion of salty sesame and sweet beetroot but the dish is deceivingly heavy and finishing it becomes a struggle. 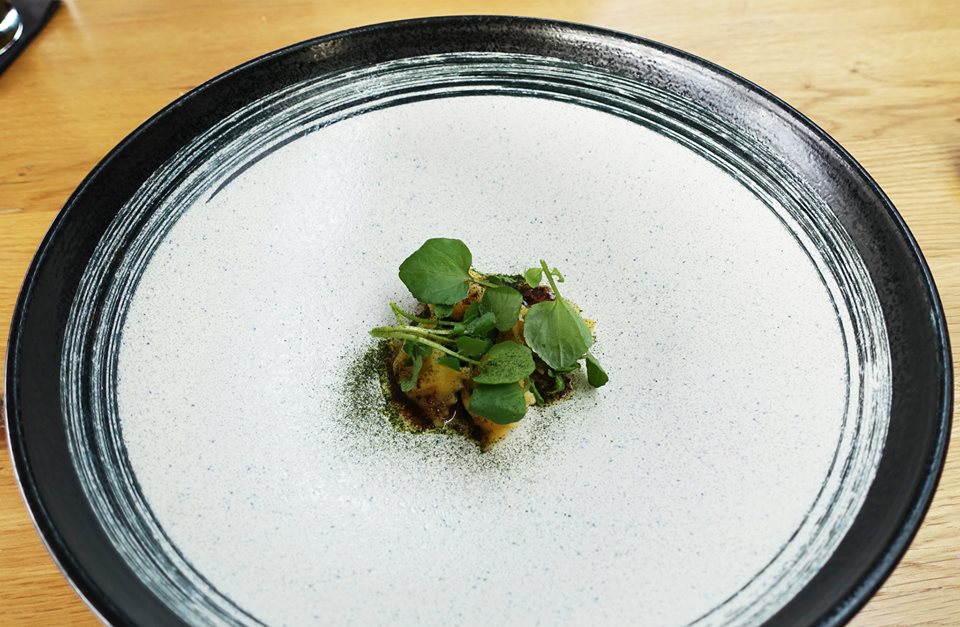 If I had to pick a favourite dish for the whole meal this would take the crown without a moments hesitation. The dish consists of four little packages of ravioli filled to the brim with an extremely delicious filling of melted gruyere and served with porcini butter and wakame salt. 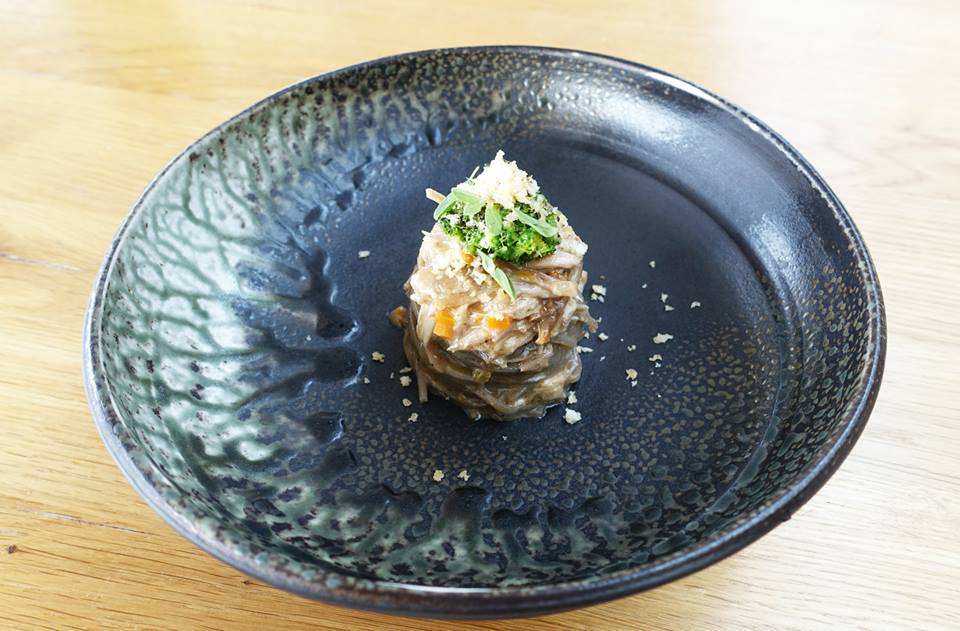 The pasta was relatively plain but a very enjoyable pasta. The semolina based pasta gave it a taste and texture akin to soba, the sauce and taste itself however seemed to be quite generic. 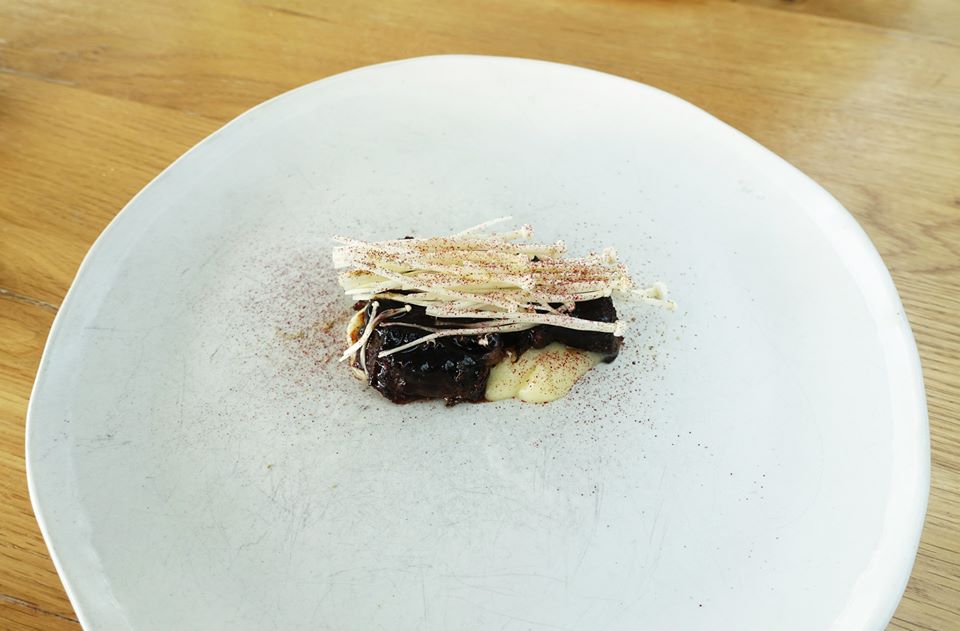 Lamb rib with celeriac sounded like a good dish to begin witih but the addition of enoki mushrooms and red miso powder gave it a unique Japanese twist which I very much enjoyed. 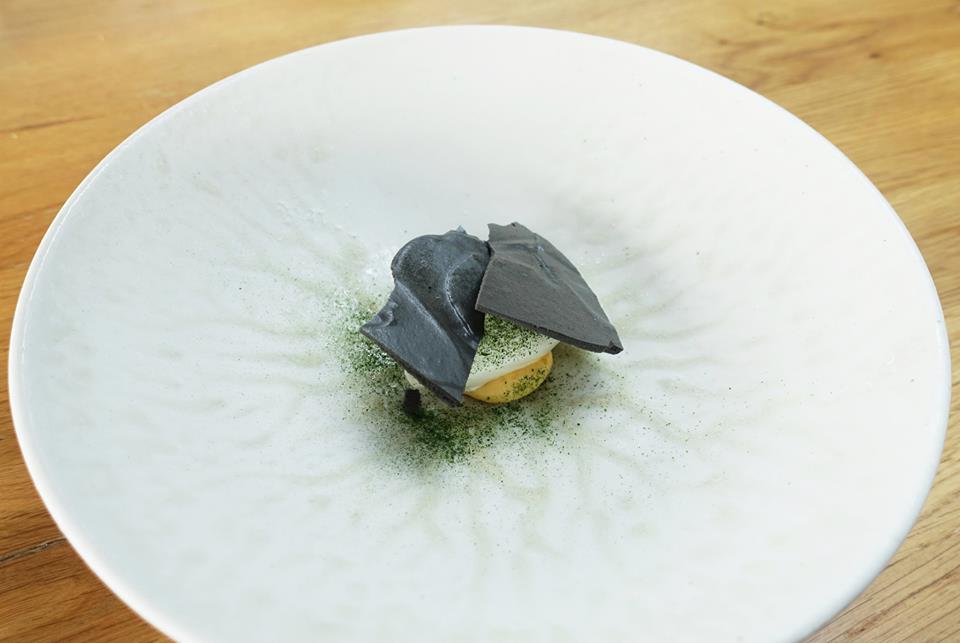 I wasn’t sure what to make of yuzu sorbet as a dessert as I’m not usually a fan of sorbet. Luckily the sour yuzu fruit based sorbet was well balanced by a good amount of sugar and the licorice chunks on top and actually tuirned out to be a very nice dessert. 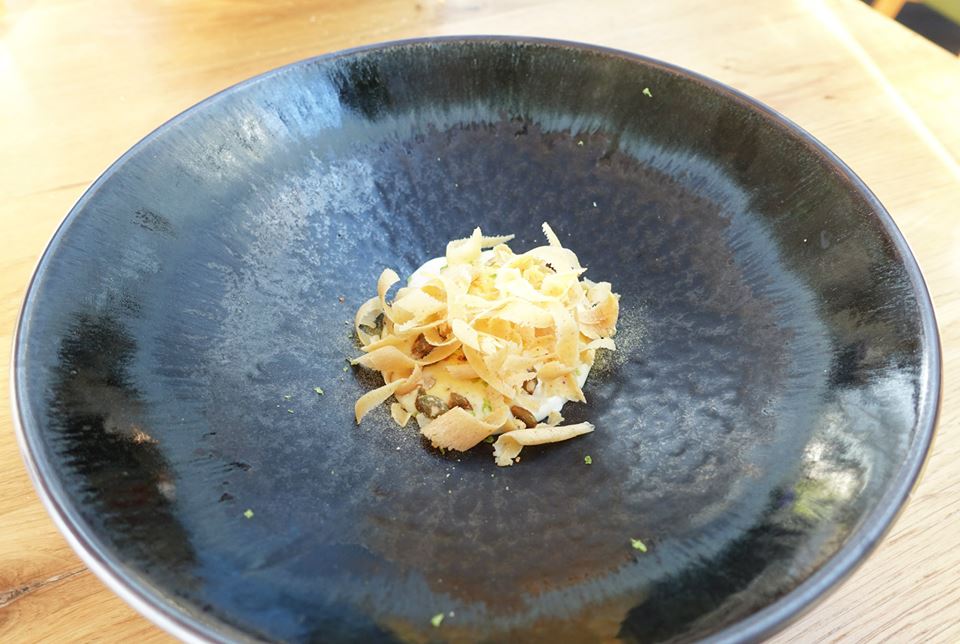 Following true to the Japanese part of the cuisine I was intrigued to see ginger ice cream on the menu. I loved that the pungent ginger taste and scent was balanced off by the use of white chocolate and passionfruit. 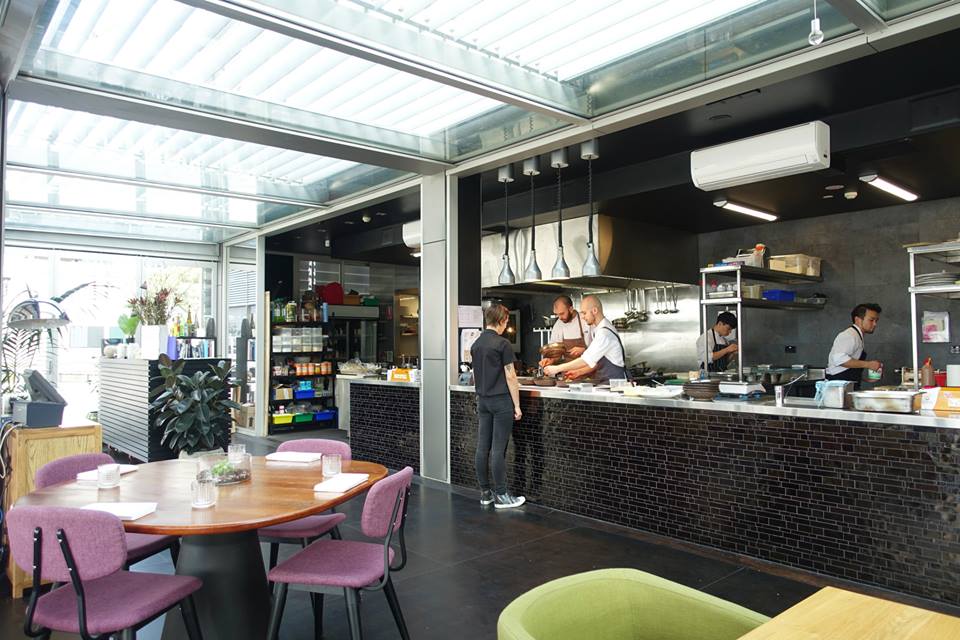 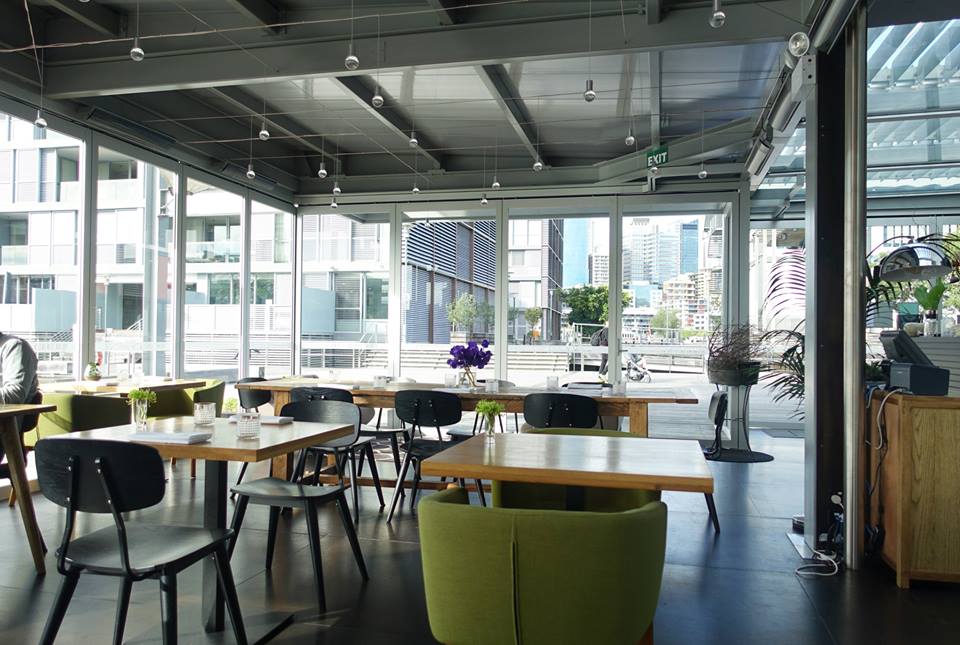 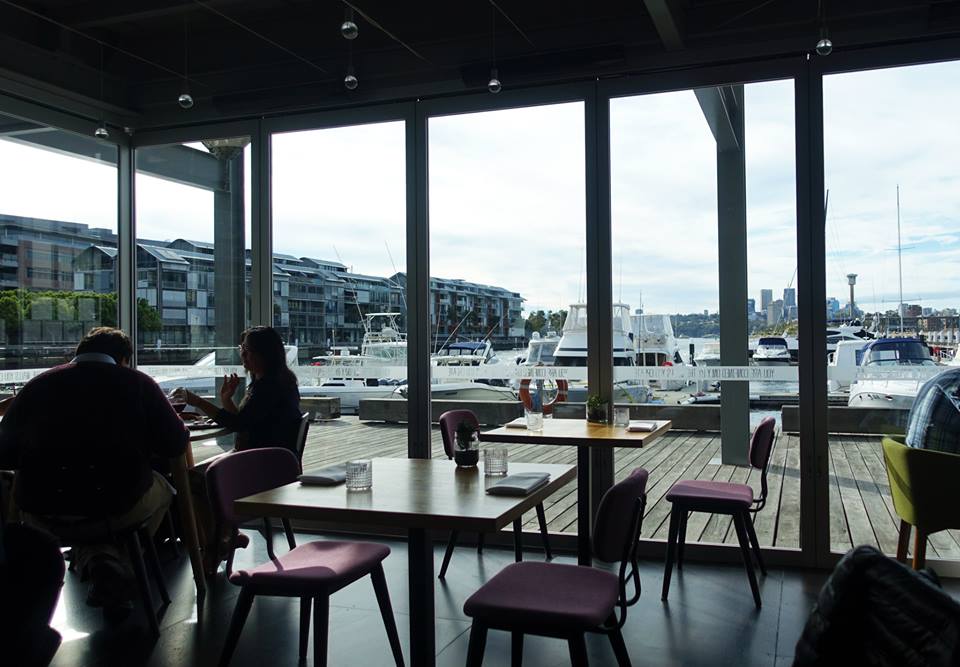 As you can see the venue occupies a little portion of the wharf opposite The Star casino with water views, the restaurant takes full advantage of this with floor to ceiling windows in almost all directions aside from the side with the kitchen which also happens to face the land. Dining for lunch was a bright and airy experience but I imagine the venue transforms into an intimate and romantic venue at night.