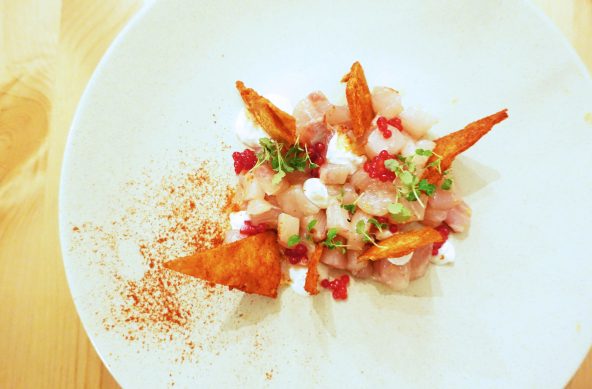 Food Society is an Eastern European inspired restaurant serving up delicious shared dishes perfect for groups of all sizes, the cuisine is quite unique for Sydney and the restaurant itself is beautifully decorated with a quaint bohemian touch. It’s a beautiful space to be dining in with plenty of small cosy nooks and crannies.

One of our favourite dishes was definitely the beautifully presented kingfish. I’ve recently taken a liking to cured fish, it’s very similar to sashimi but with a more firm texture and stronger flavours. 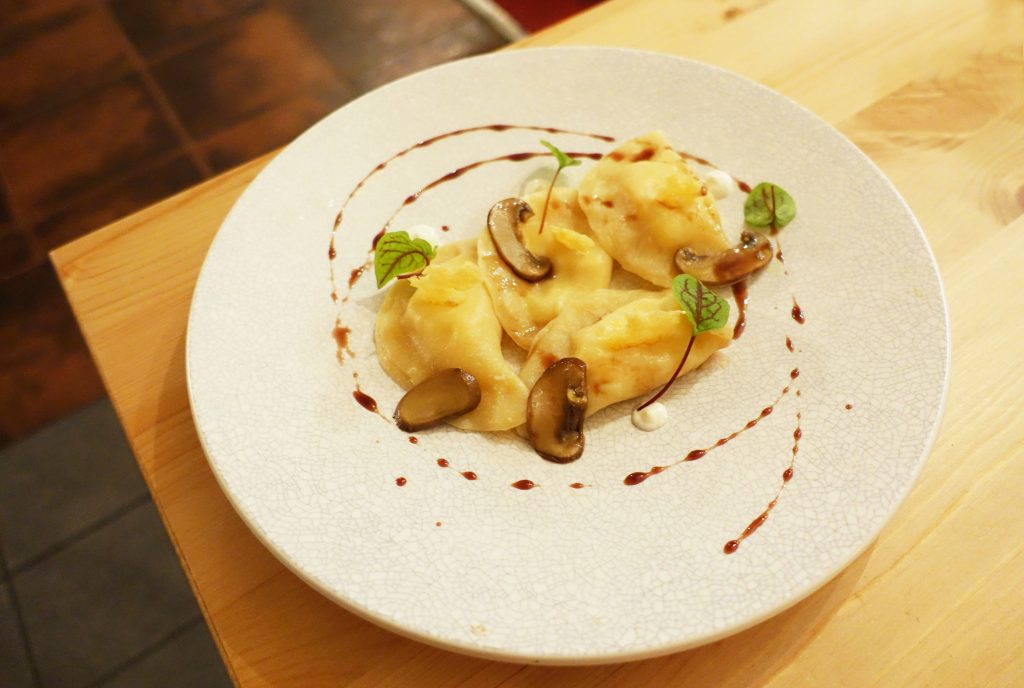 The potato and bacon pierogis were another nice appetiser to start the meals off, the filling of the dumpling is delicious and the mushroom and red wine vinegar served as great side to the dumplings. 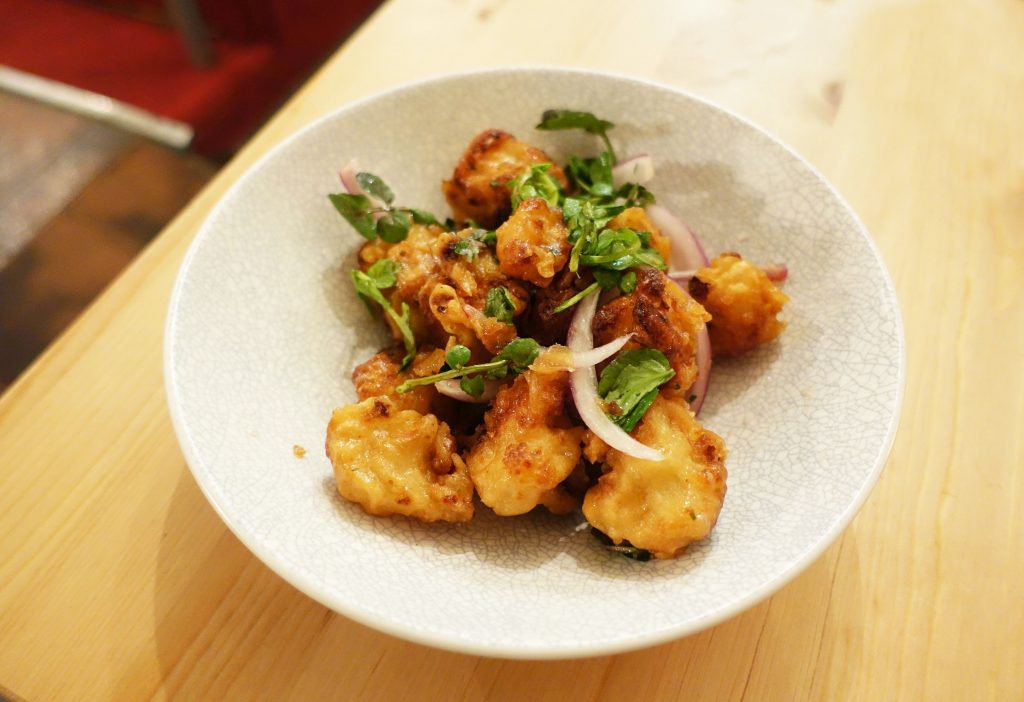 The other dish which tied for number one was definitely the signature fried cauliflower, and it’s definitely not hard to see why it’s a signature dish. The cauliflower is coated in a very crispy batter and doused in a delicious tangy red wine vinegar, it’s so good I could eat multiple bowls of these alone. 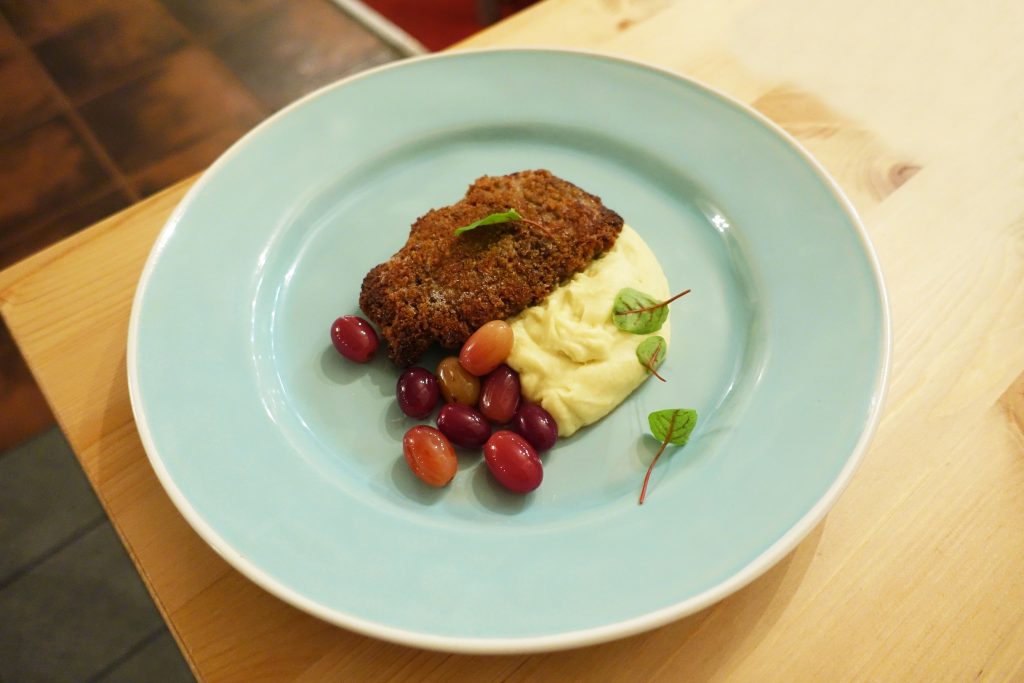 It’s not very often that you see duck used in a schnitzel so we decided to try this one out, the schnitzel was served very crispy and flavourful. I quite liked the celeriac cream which is similar to mashed potato but much more smooth and velvety and more neutral in taste. 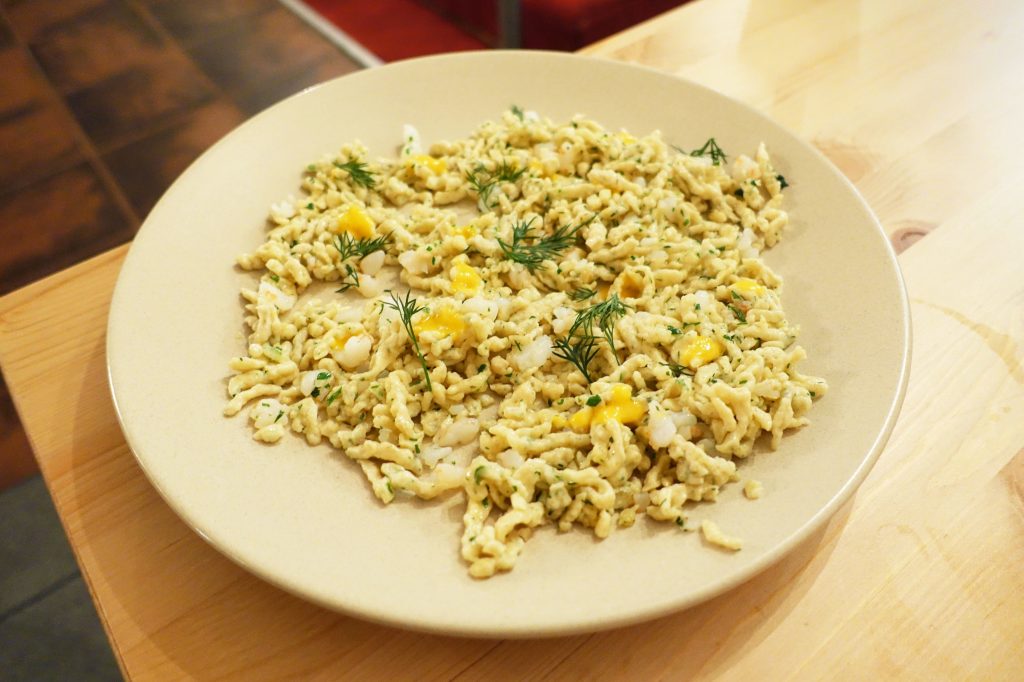 Spatzle is quite hard to find on menus in Australia so we decided to be a little bit adventurous and try this one out as well. For those who have never had spatztle, it’s a soft egg noodle that’s quite common in germany. I personally find that it is quite similar to rice but softer and has the egg taste. 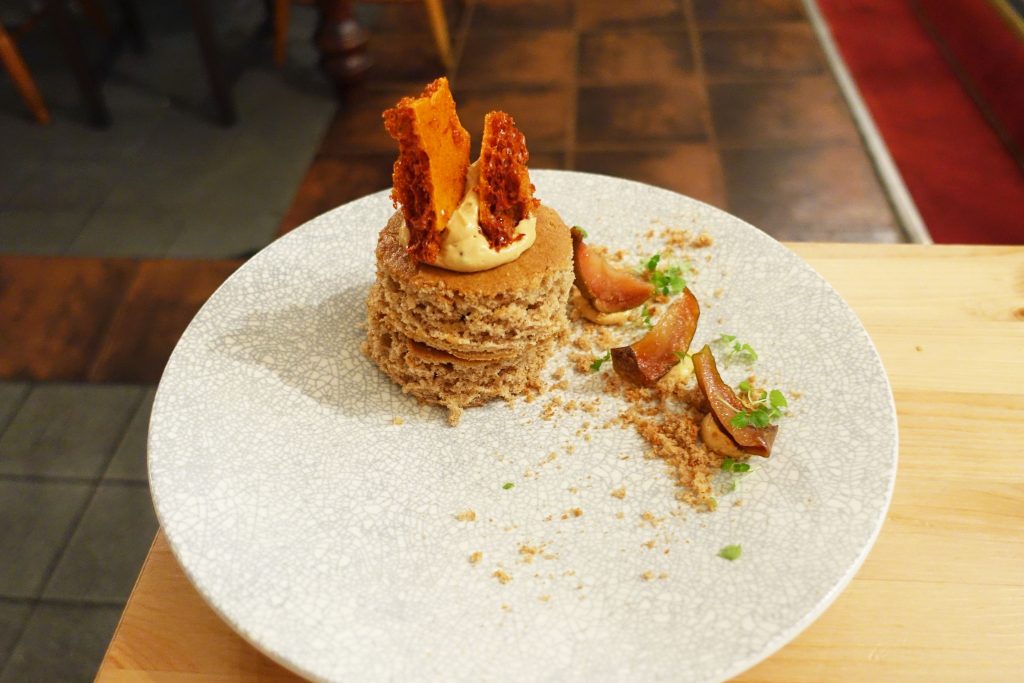 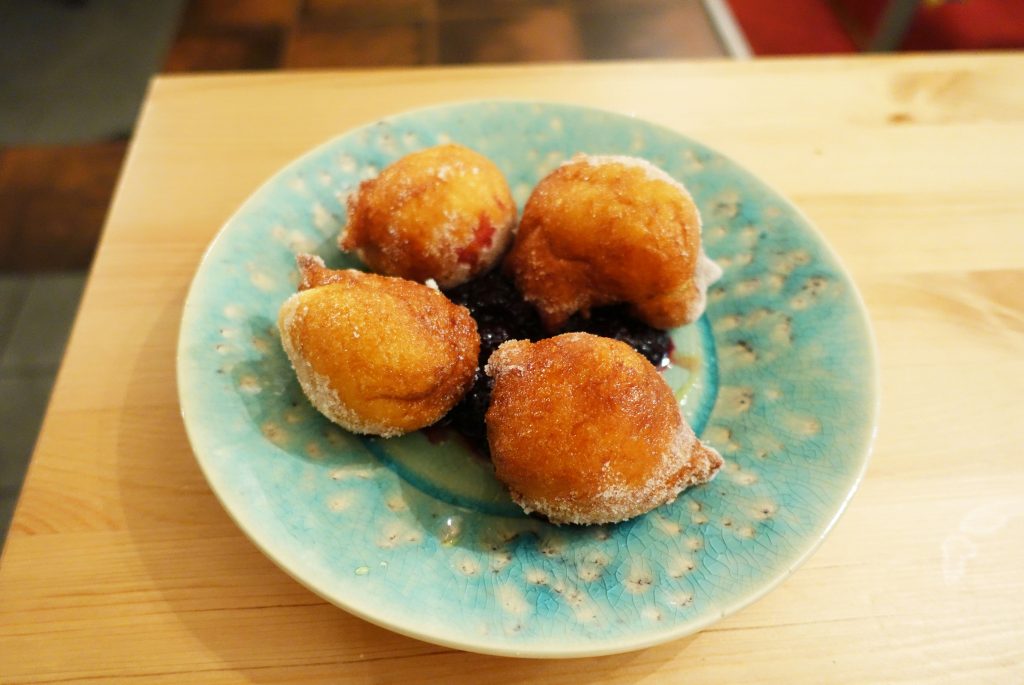 Of the two desserts I definitely found the honey cake to be my favourite of the two. I’ve had a Russian honey cake once before and it was one of the lightest and fluffiest cakes I’d had. This version didn’t disappoint and it came with a delicious salted caramel cream which I also used to accompany the very sweet doughnuts. 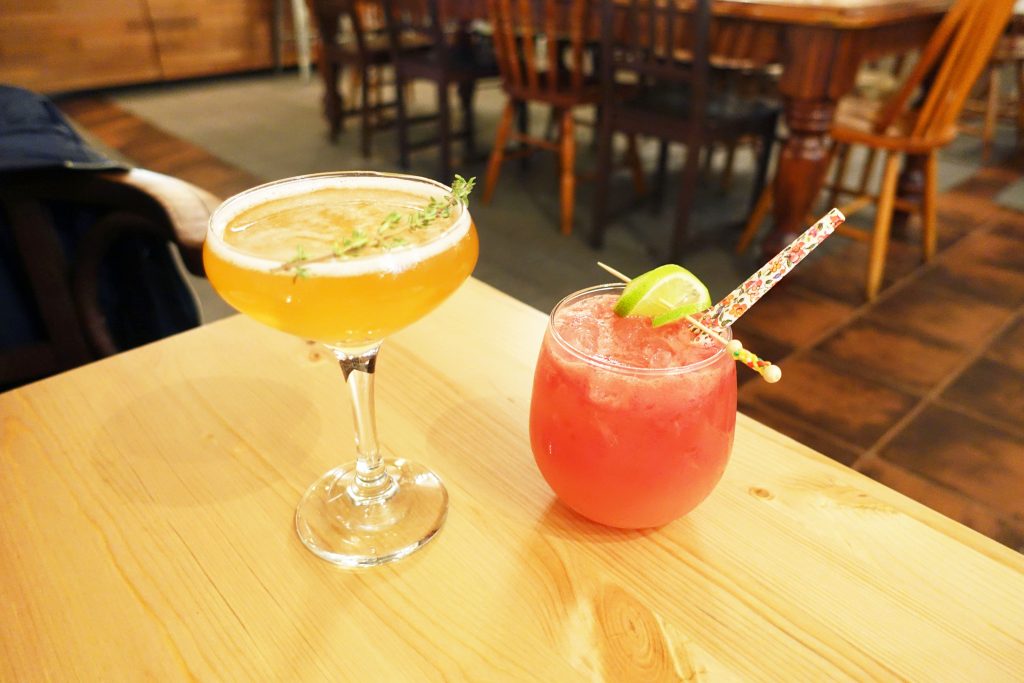 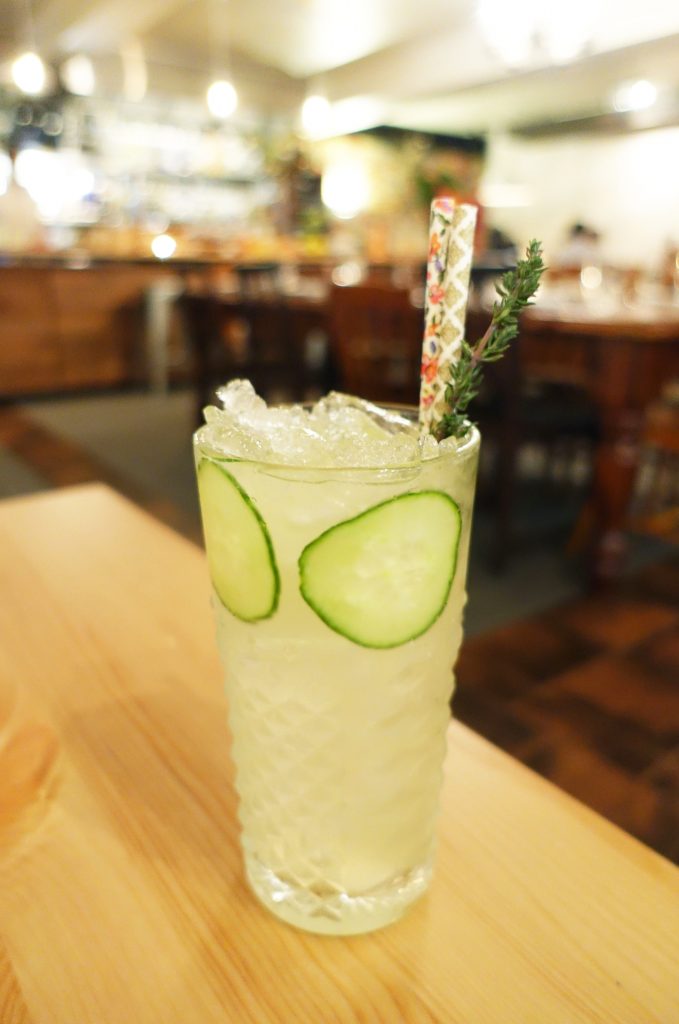 The drinks menu at Food Society is dominated by vodka and Eastern European beers, and I can attest that they do vodka well. Of the three cocktails that we tried I was quite happy with all of them, the best being the watermelon caprioska which also came with vodka infused watermelon ice cubes. 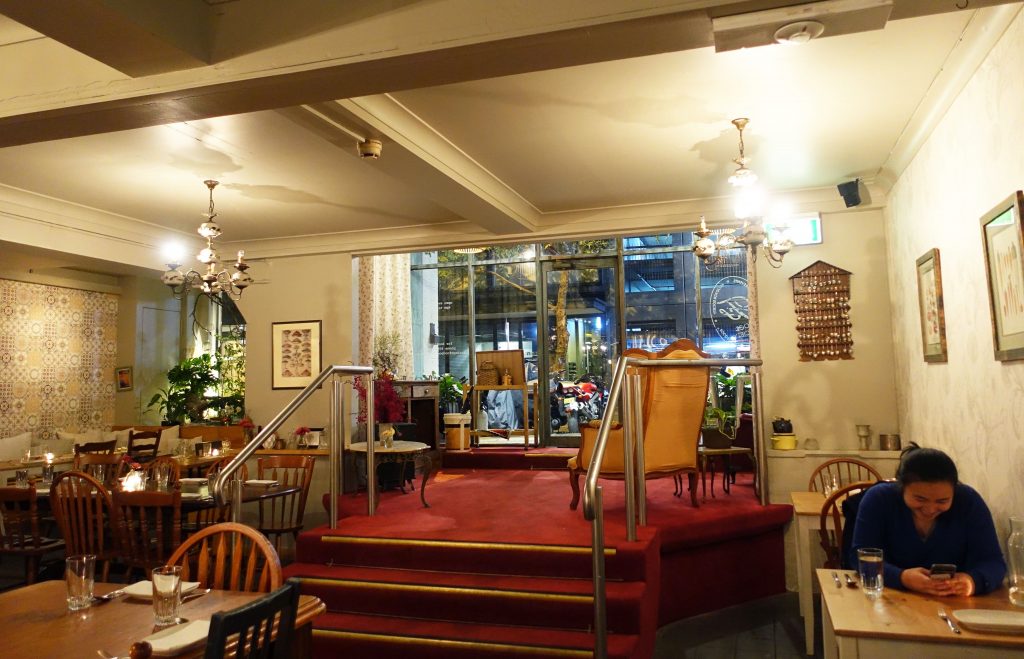 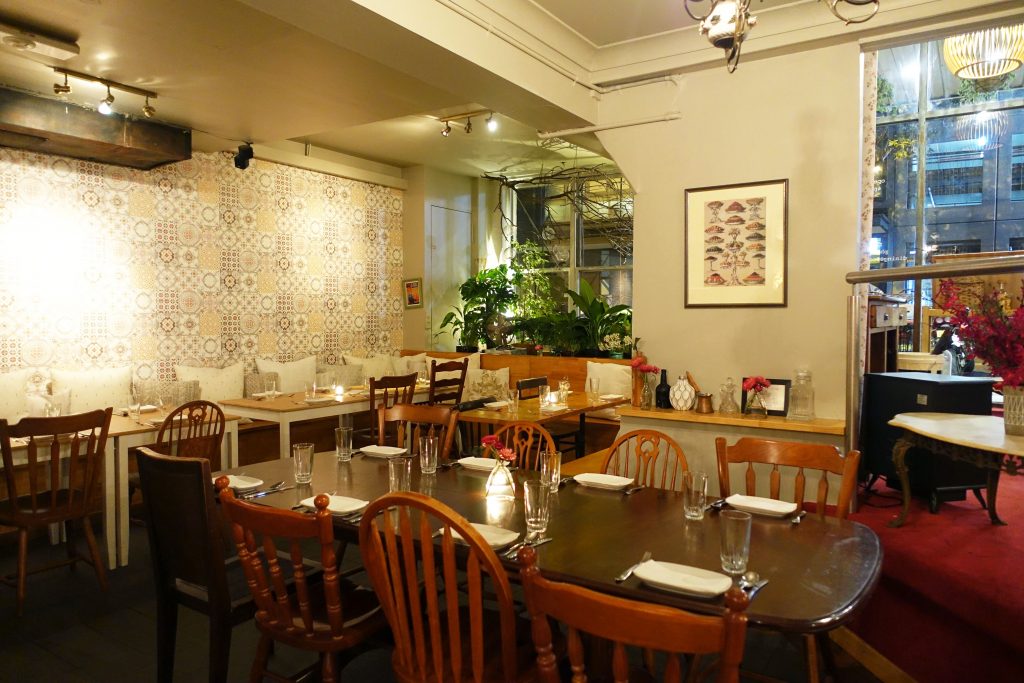 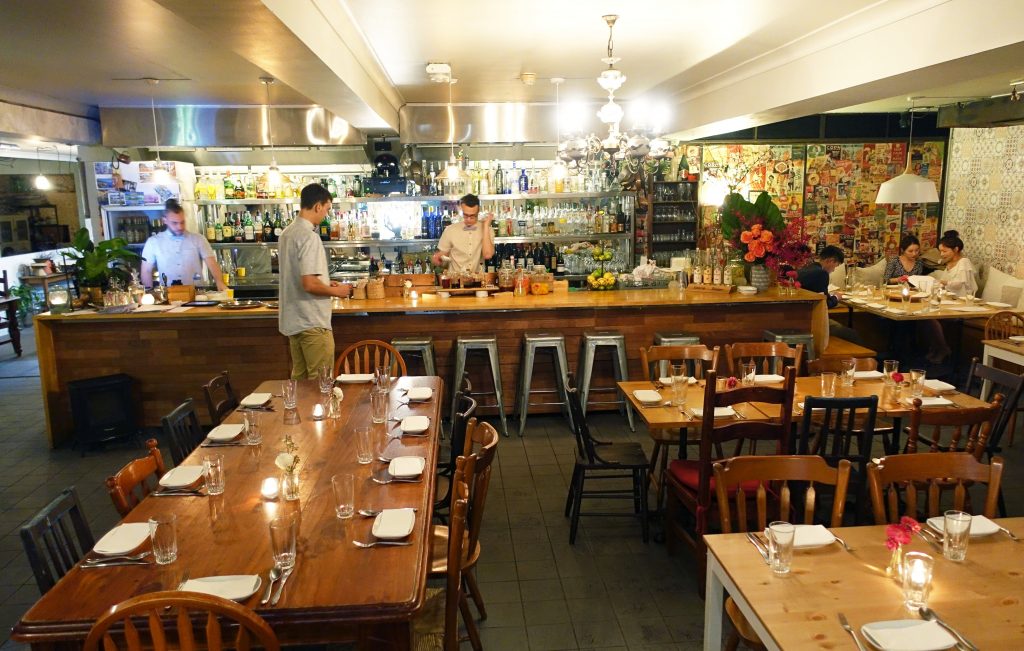 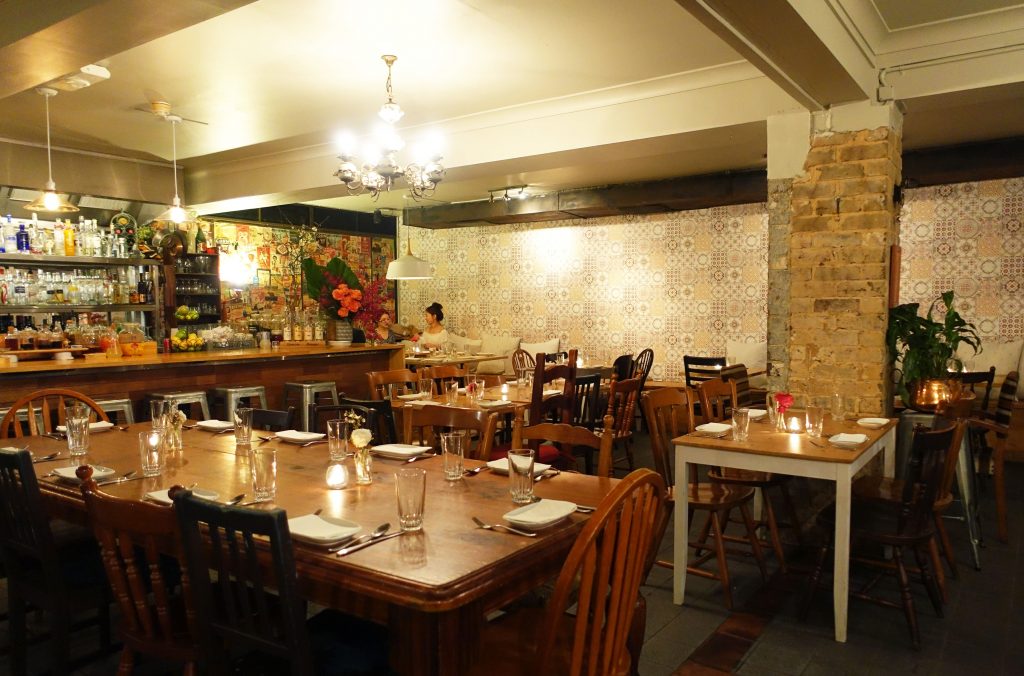 As you can see the venue is quite large and seats a decent amount of people and it began to rapidly fill up by around 7pm on a Saturday night. The venue is also open on Saturdays during the day for a unique Vodka High Tea which I’ve yet to try where they also serve their refreshing cocktails.

The Food Diary dined as guests of Food Society & The Buzz Group.