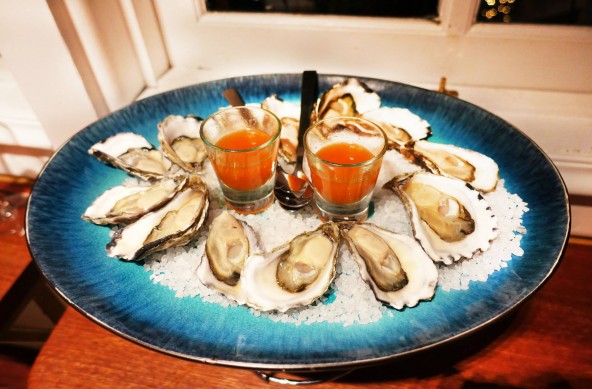 Earlier this month I had the pleasure of dining at Moorish Blue in North Sydney as part of a degustation showcasing the dishes available. The restaurant is an amazing and unique blend of North African and Mediterranean cuisine set in a fine dining atmosphere on Blues Point Road.

Although I’m not a fan of oysters I could tell this was a hit with the crowd. No later than a minute after people were done with photos the plate was almost clear of oysters and people were hunting for more. 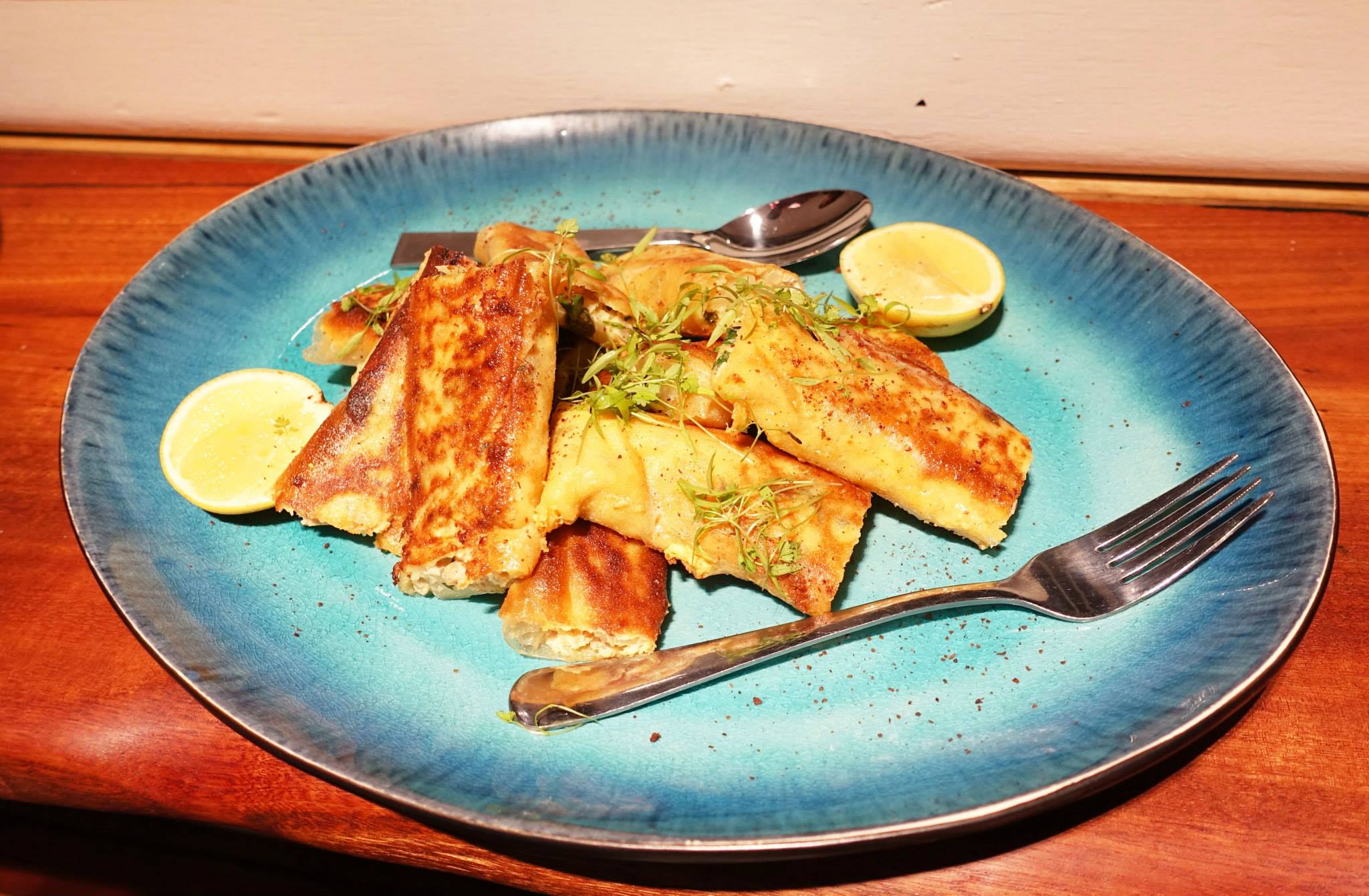 I’m still not 100% sure what ingredients were in these delicious little morsels but I believe at a minimum there would have been potato, tuna and a few spices. The deep fried crispy outside made it perfect. 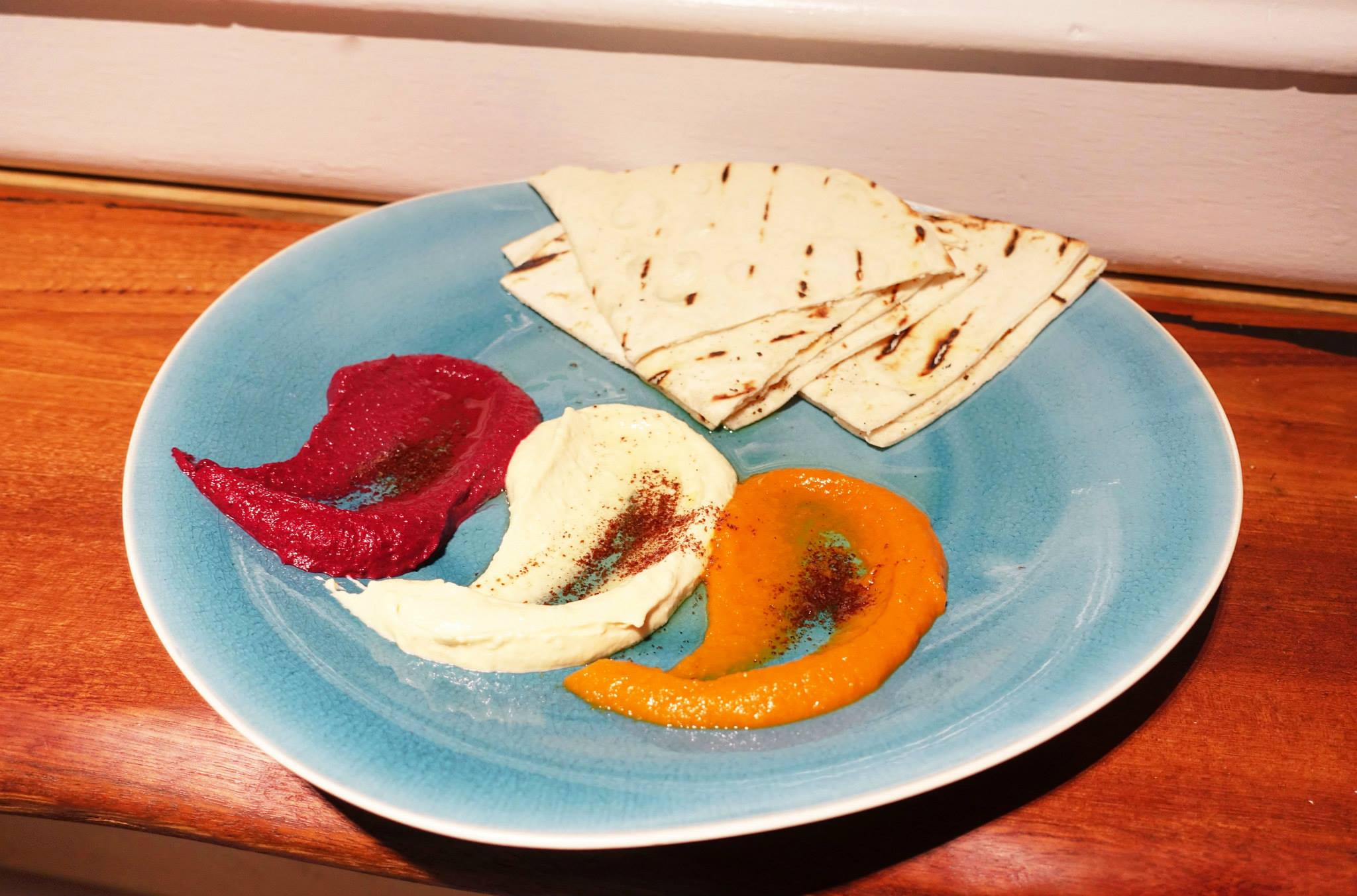 Sometimes it’s great to have a break from the usual bread and butter for something a bit more vibrant. It was great to see they had a delicious mix of dips including the ever popular hummus. 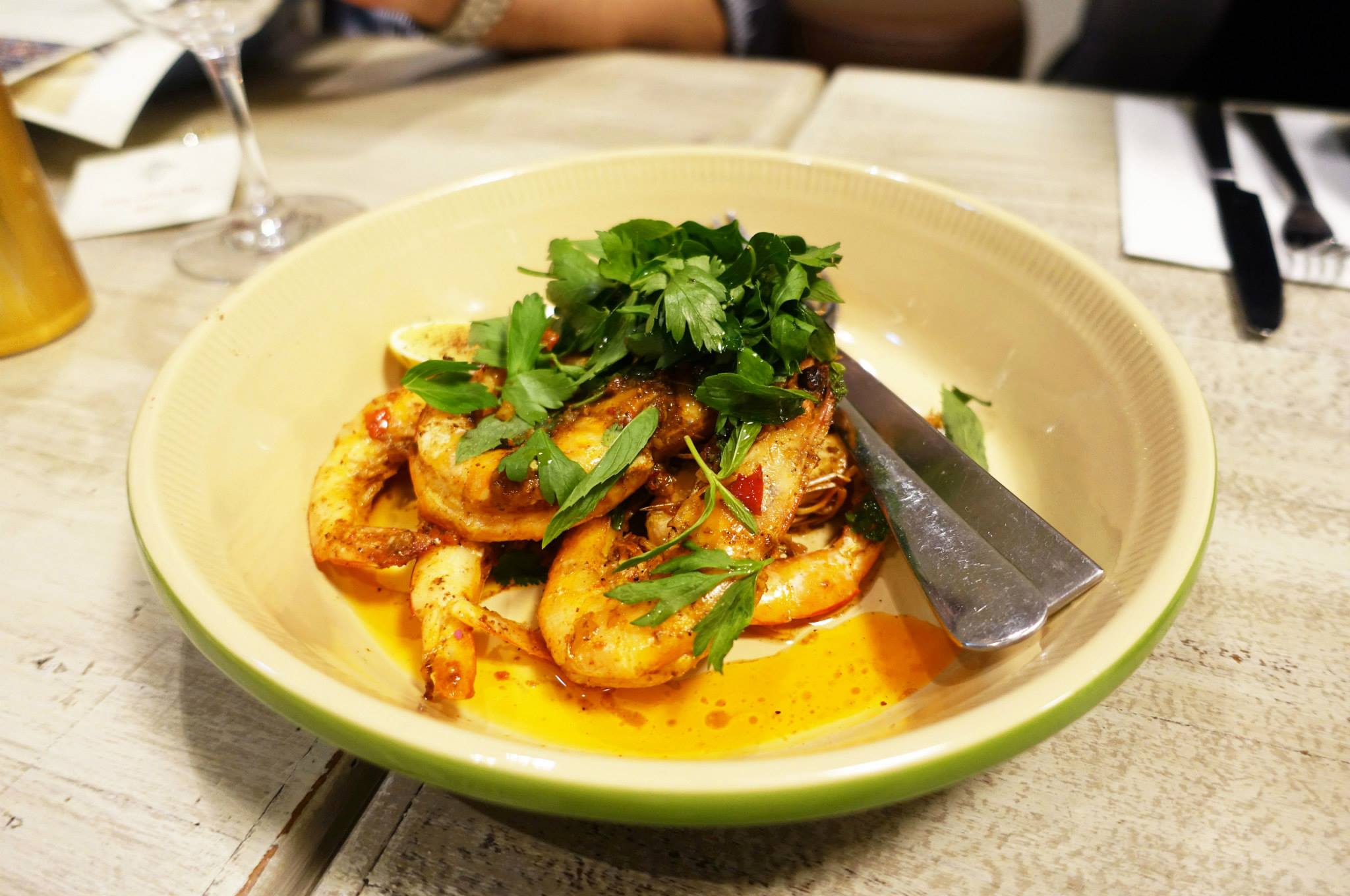 I found the wok fried king prawns quite aromatic, and I generally don’t enjoy the smell of prawns. They were absolutely delicious especially with the harissa but I would have liked to see it peeled before being served. 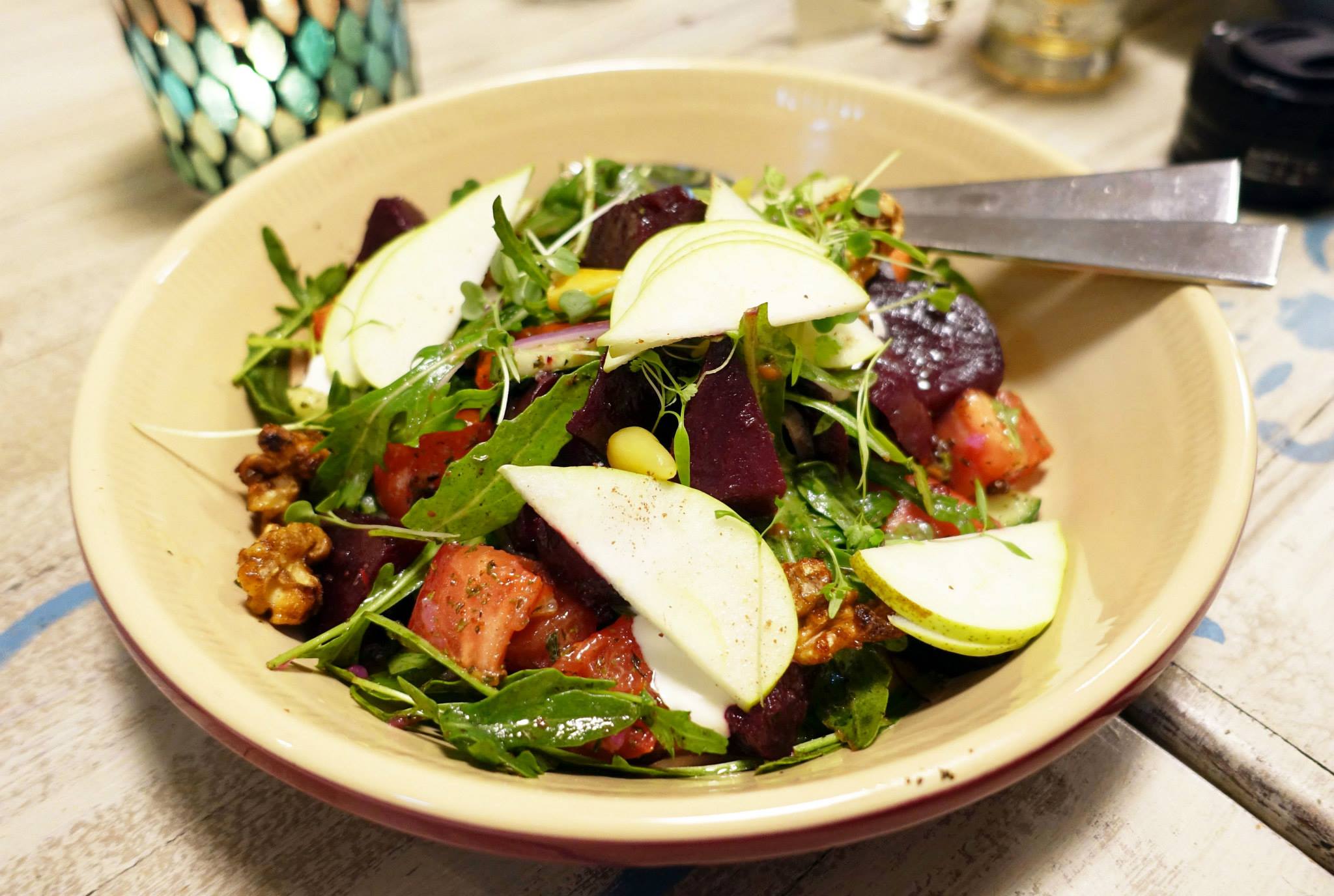 In the past few months I’ve grown quite fond of salads with a exotic twists just like this delicious salad, the amazingly flavourful goats curd along with some form of spice made it a winner for me. 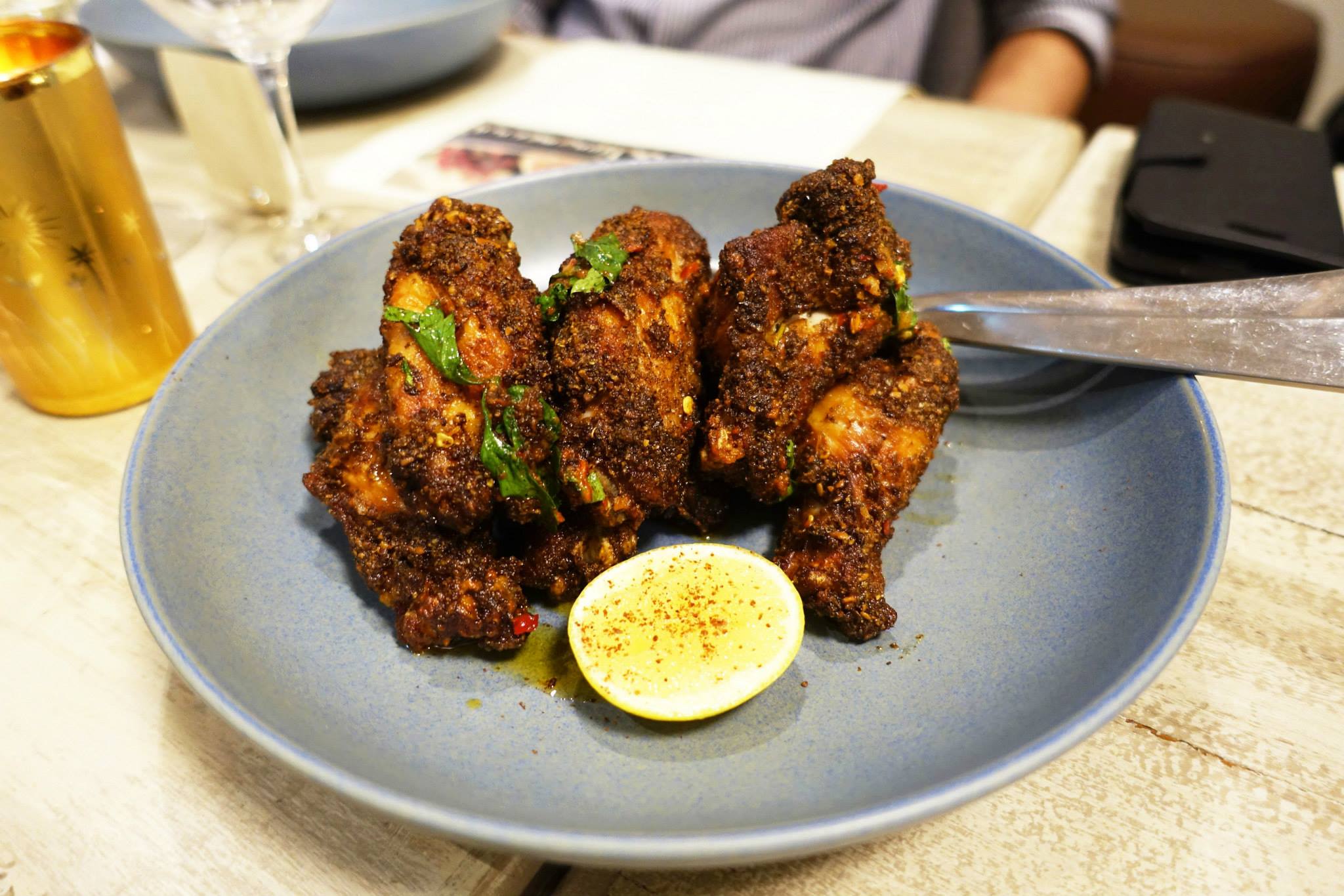 I always like to say that it’s impossible to have a bad fried chicken and I’ve yet to be proven otherwise. Moorish Blue serves up divine spicy fried chicken smothered in a myriad of delicious herbs and spices. 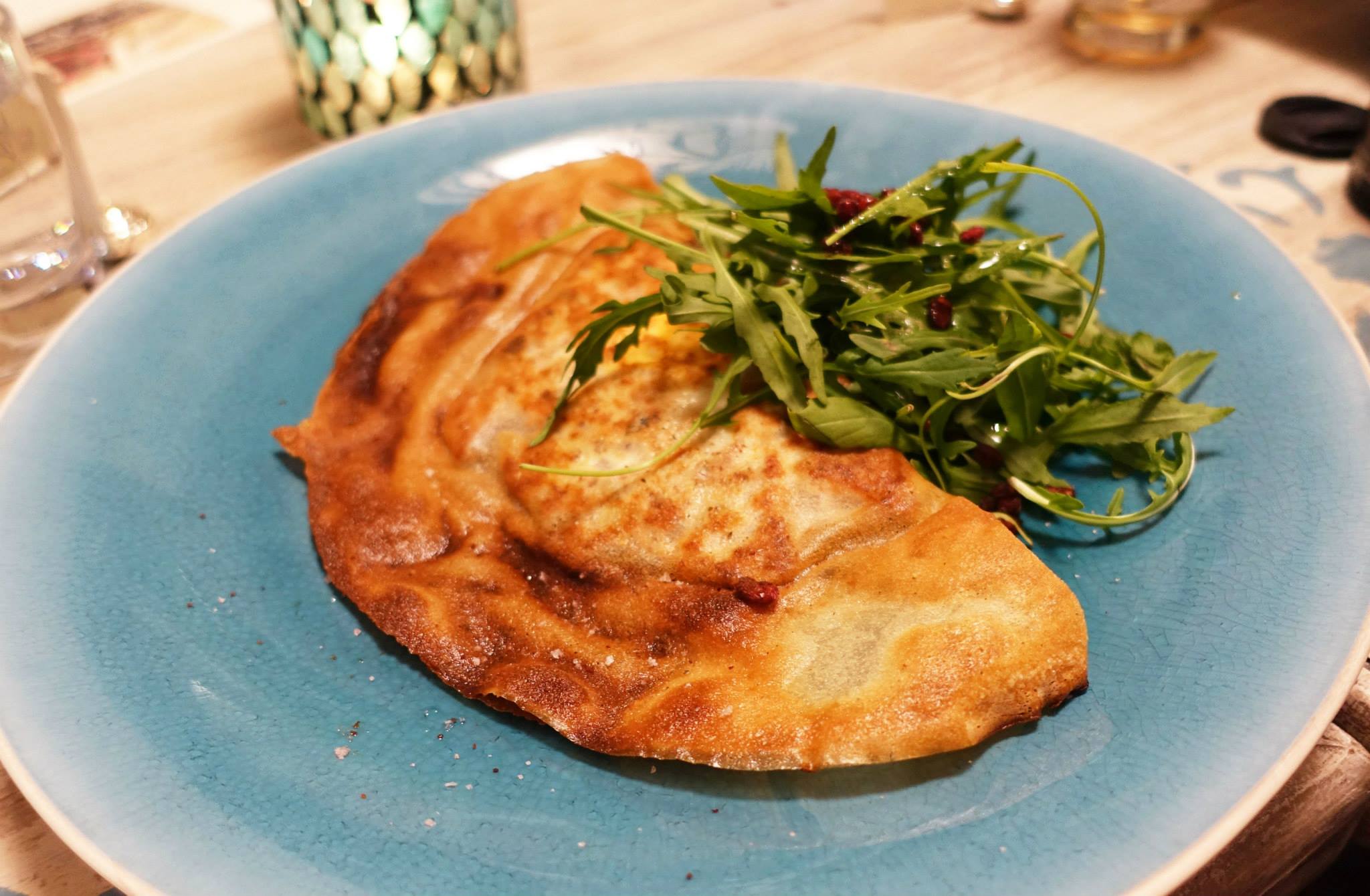 This was similar to the little bite sized Fatima’s fingers earlier and just as enjoyable but on a larger scale. 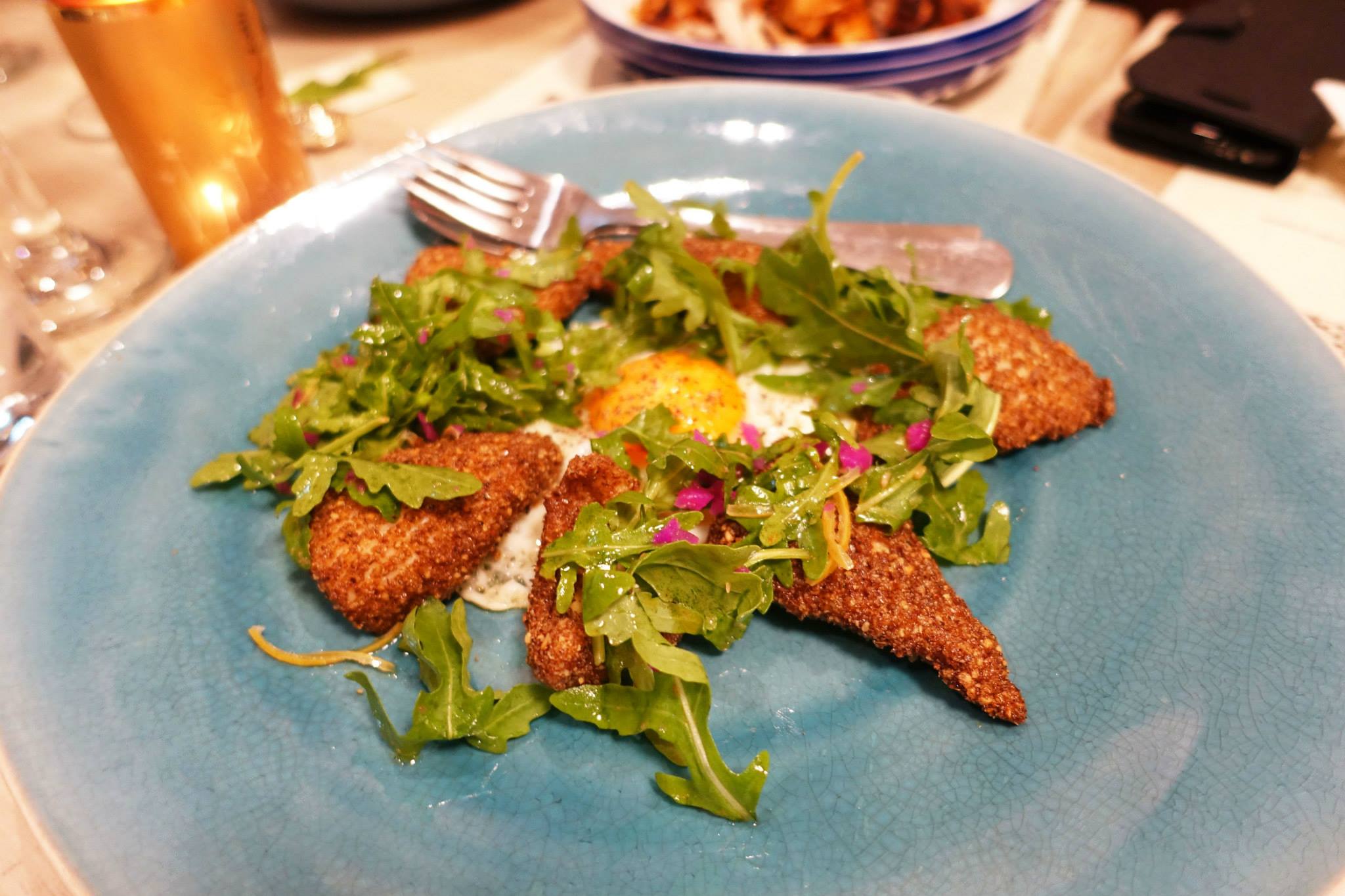 Za’atar is a heavenly paste made primarily from sesame, olive oil and oregano. I’ve been exposed to this paste since being introduced to Lebanese pizzeries out in Western Sydney and I was happy to see it being used for the squid. The fried egg was a different but welcome touch to the dish. 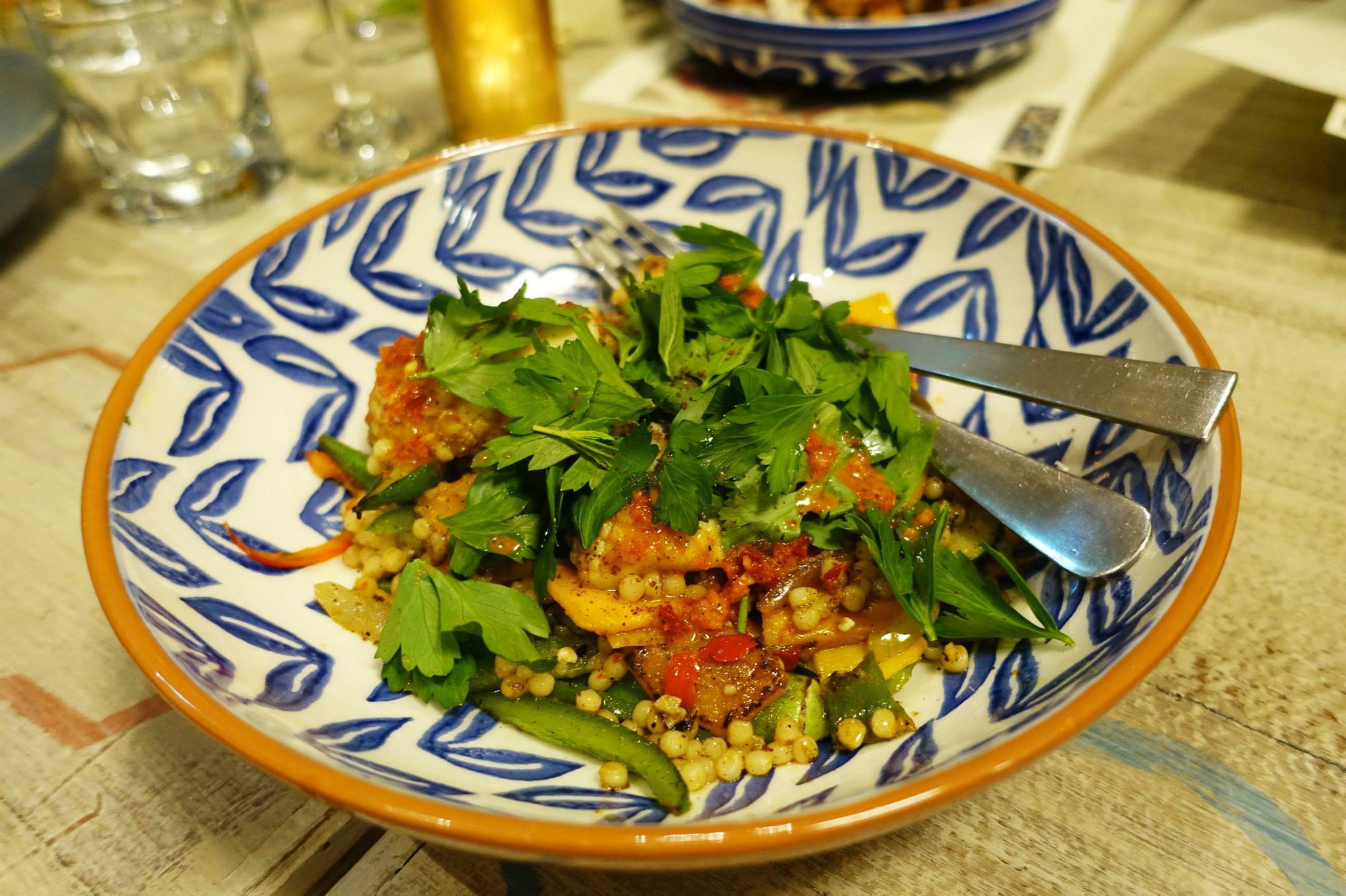 If I were to pick a favourite dish for the meal it would definitely be this one. I’m not sure why but the pearl couscous was one of the best and most soft I’ve had and the dish overall was just filling and tasty. 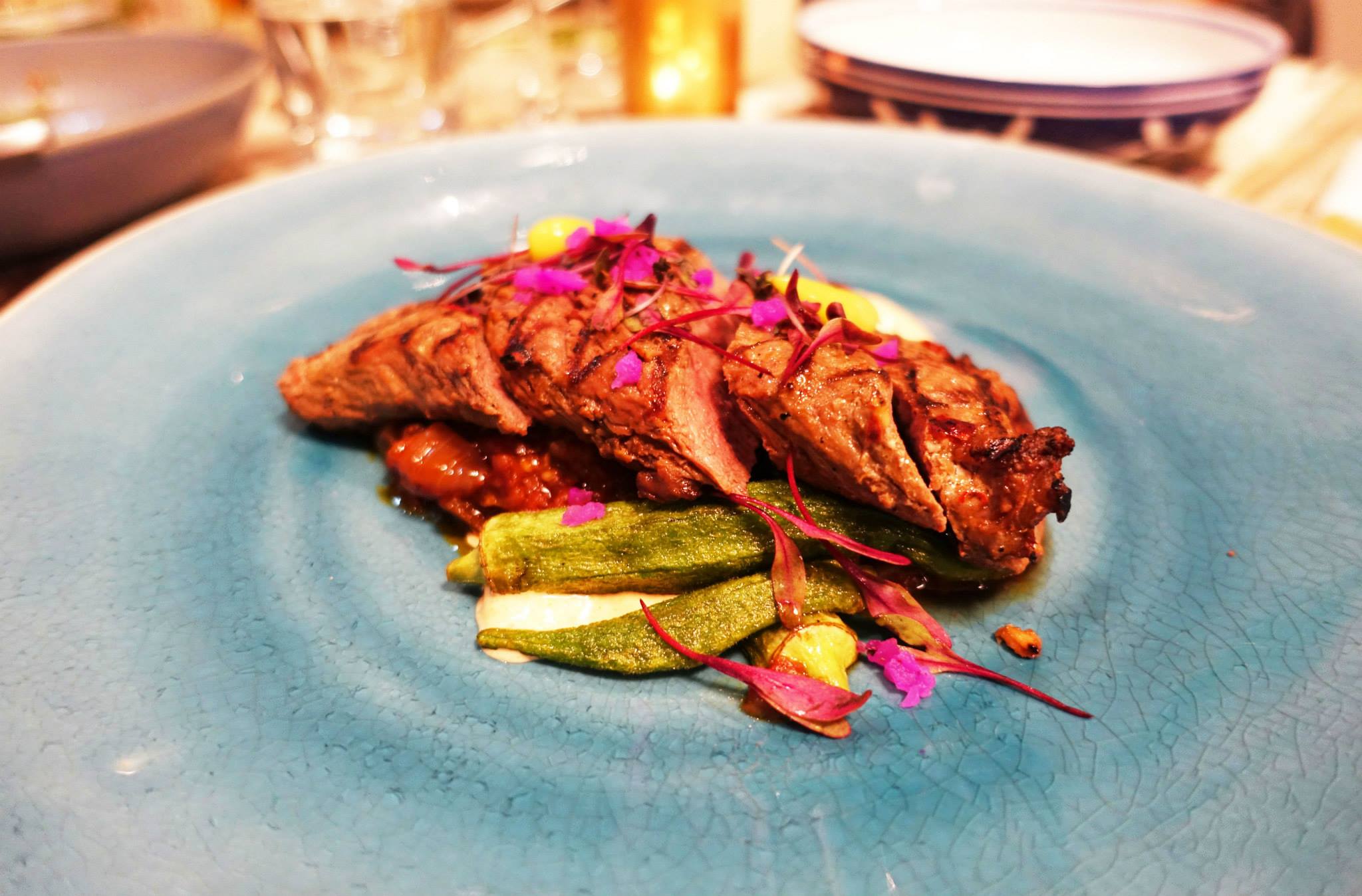 I usually prefer other meats over lamb or mutton given the option being available but in this case I definitely did not mind. I loved the eggplant stew that it came with which was smooth in texture and very delicious. 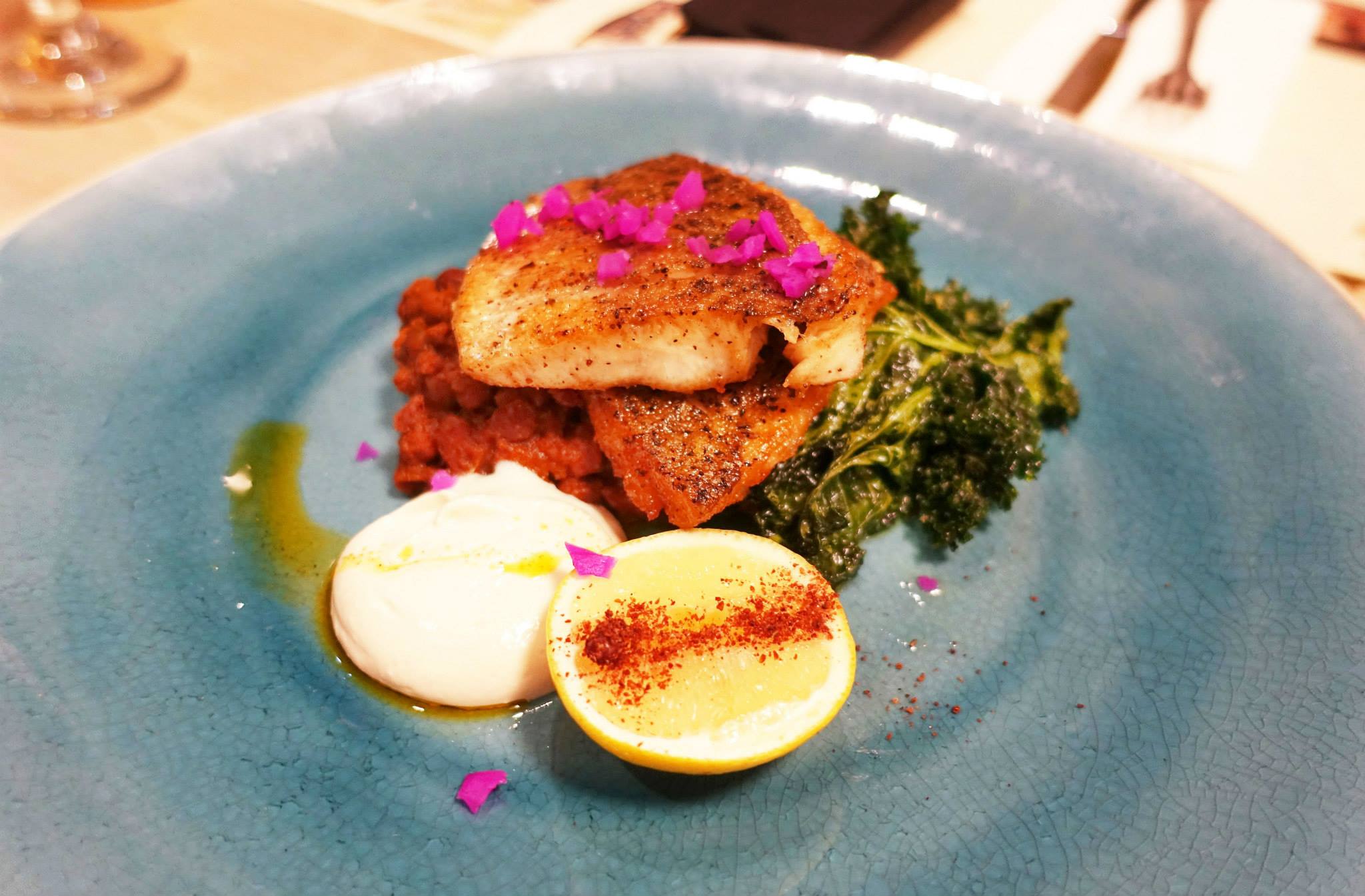 Barrumundi is one of the few fish that I enjoy cooked along with tuna, this one was quite delicious. The kale was quite overpowering but that’s generally the case so it’s hard to fault the dish for that. 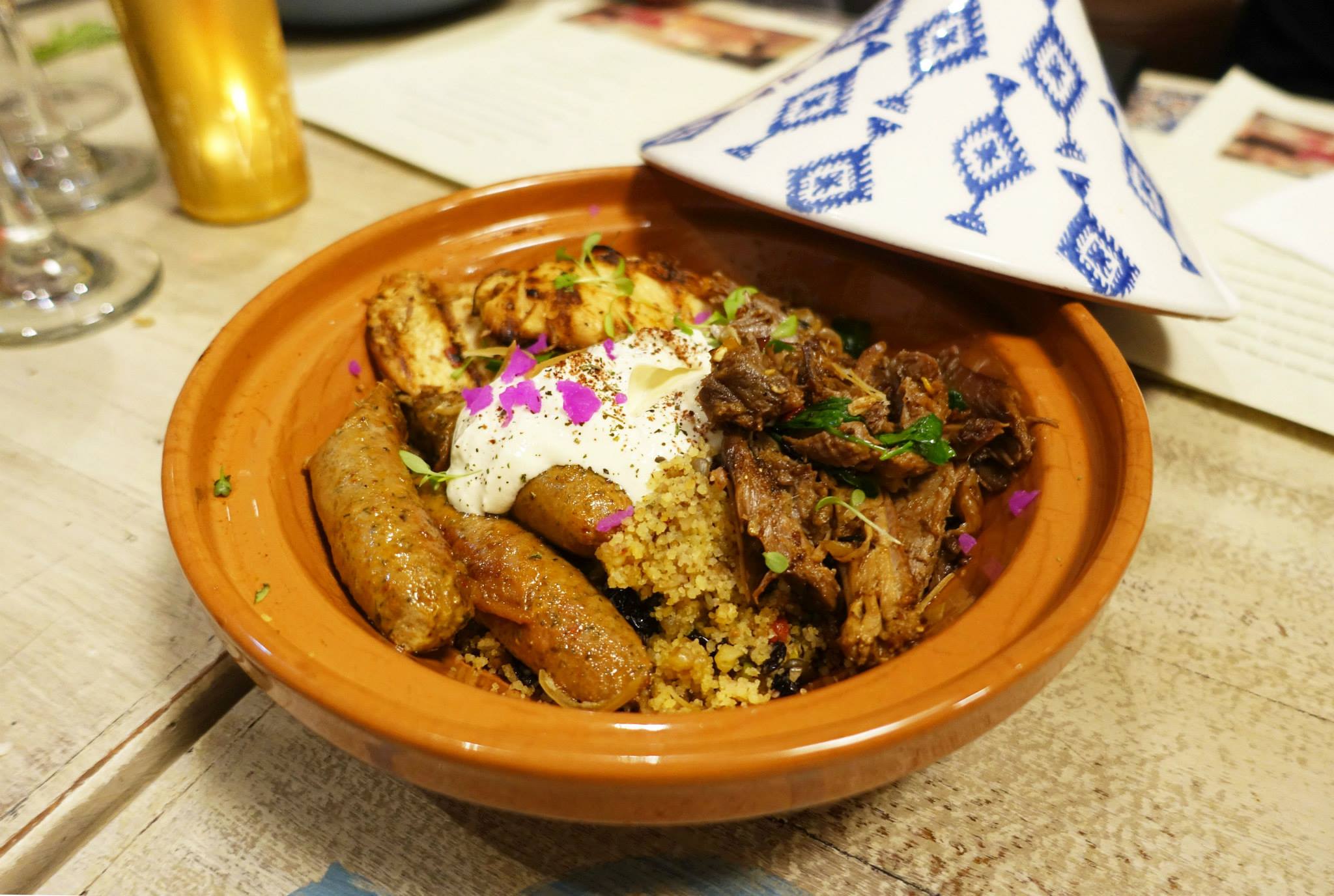 By the time this dish arrived I was absolutely stuffed from the endless stream of delicious dishes. I managed to check out a little bit of each and my favourite of the lot was easily the merguez (a spicy lamb sausage) which was the tastiest and most tender of the lot. 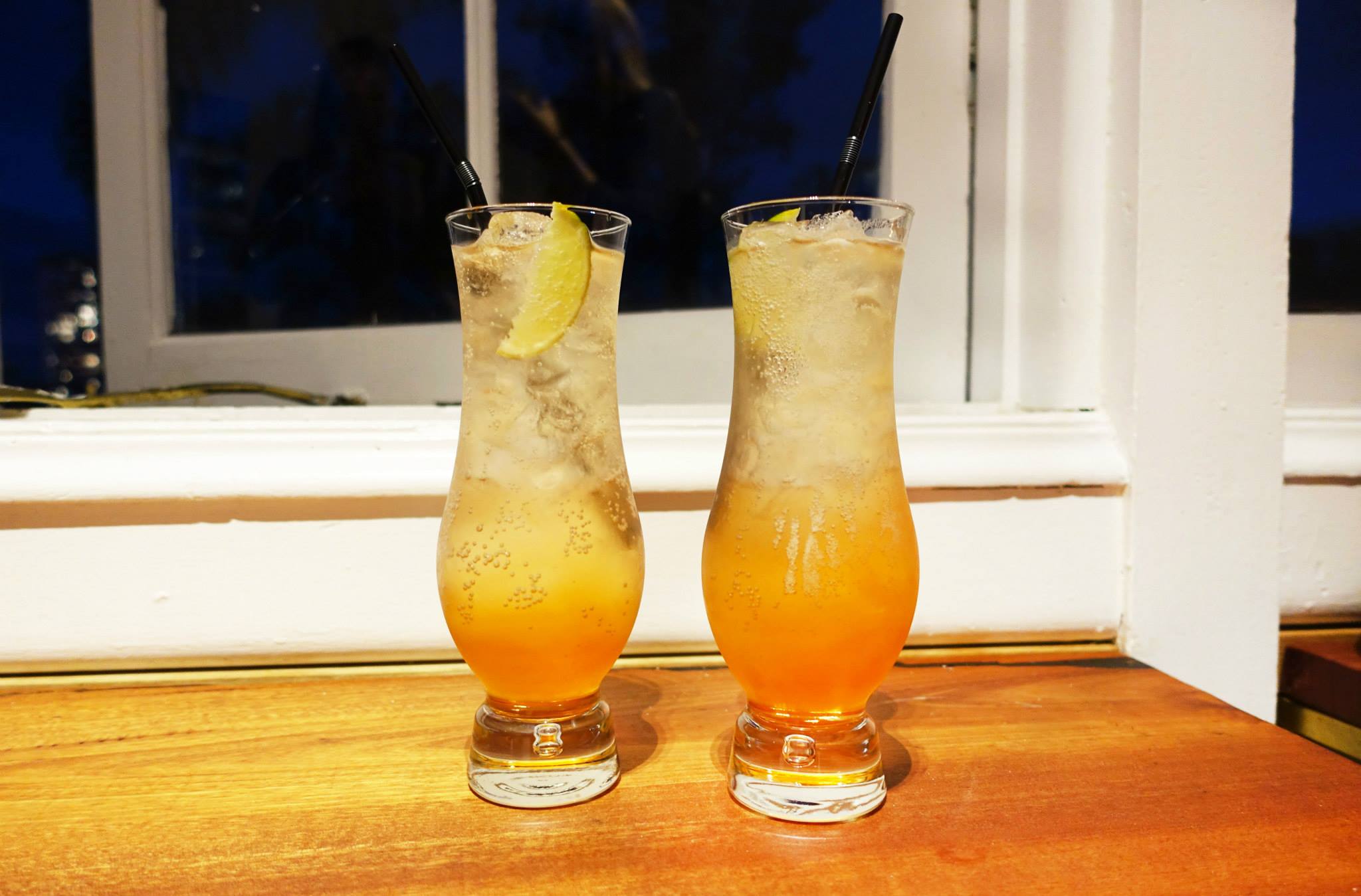 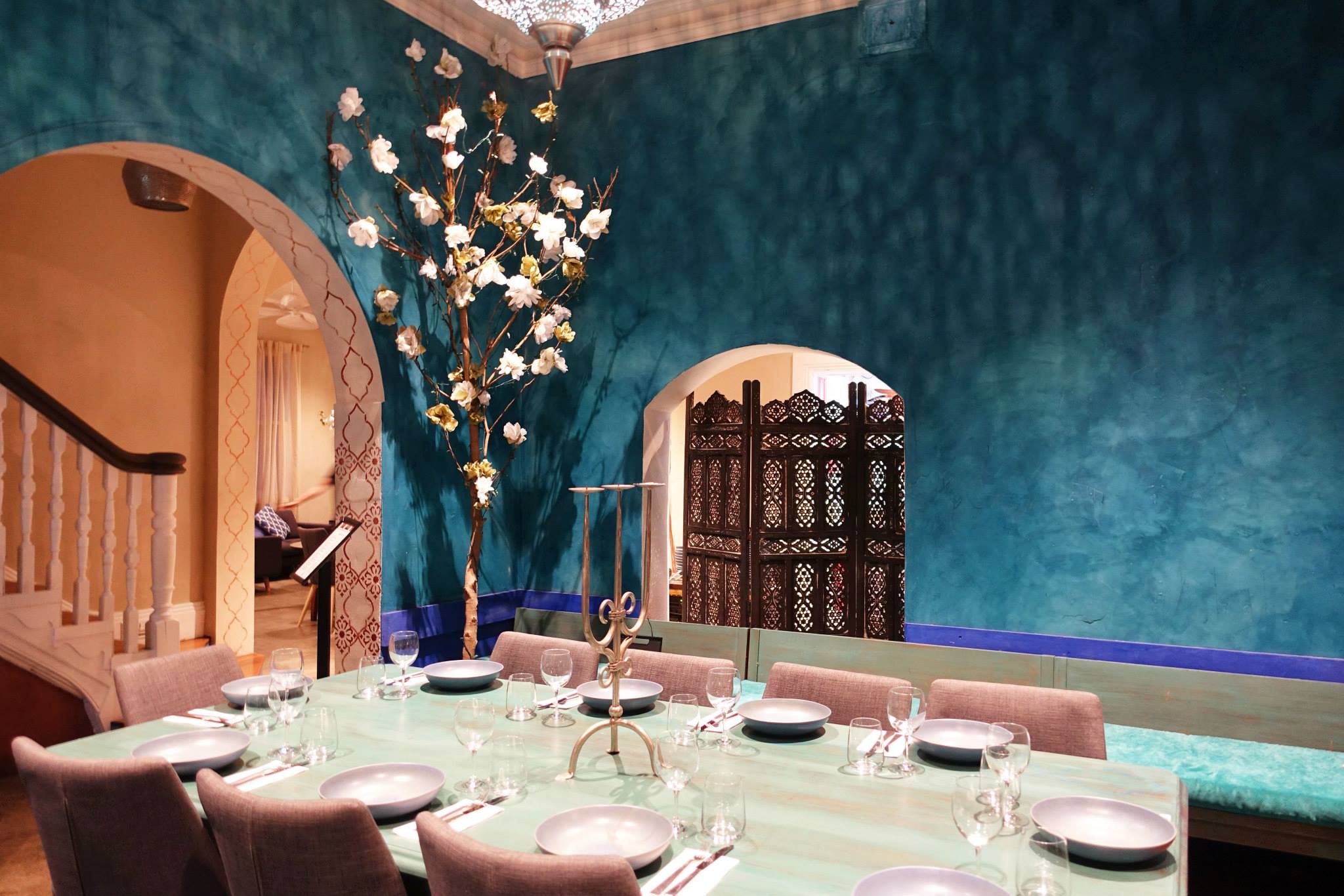 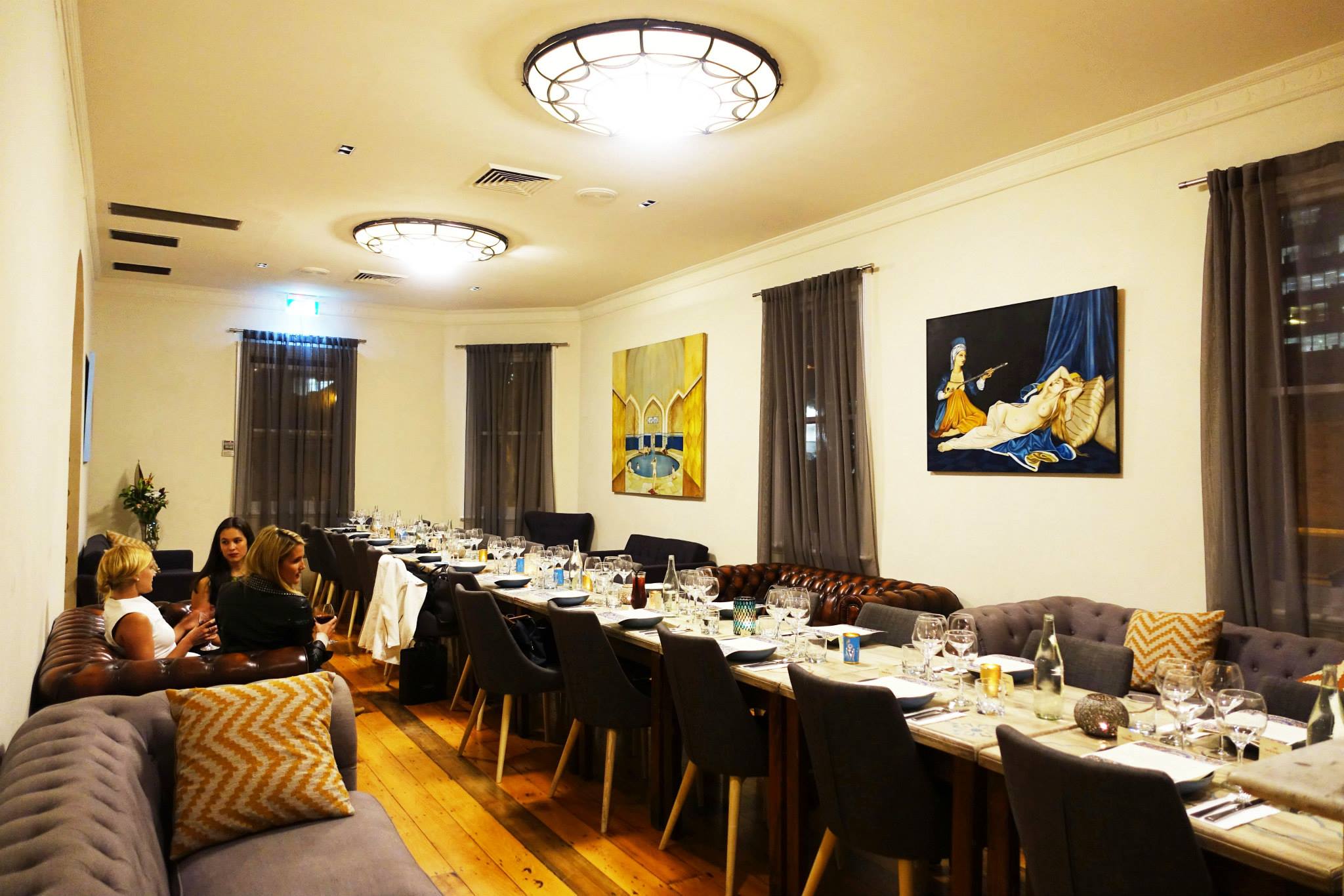 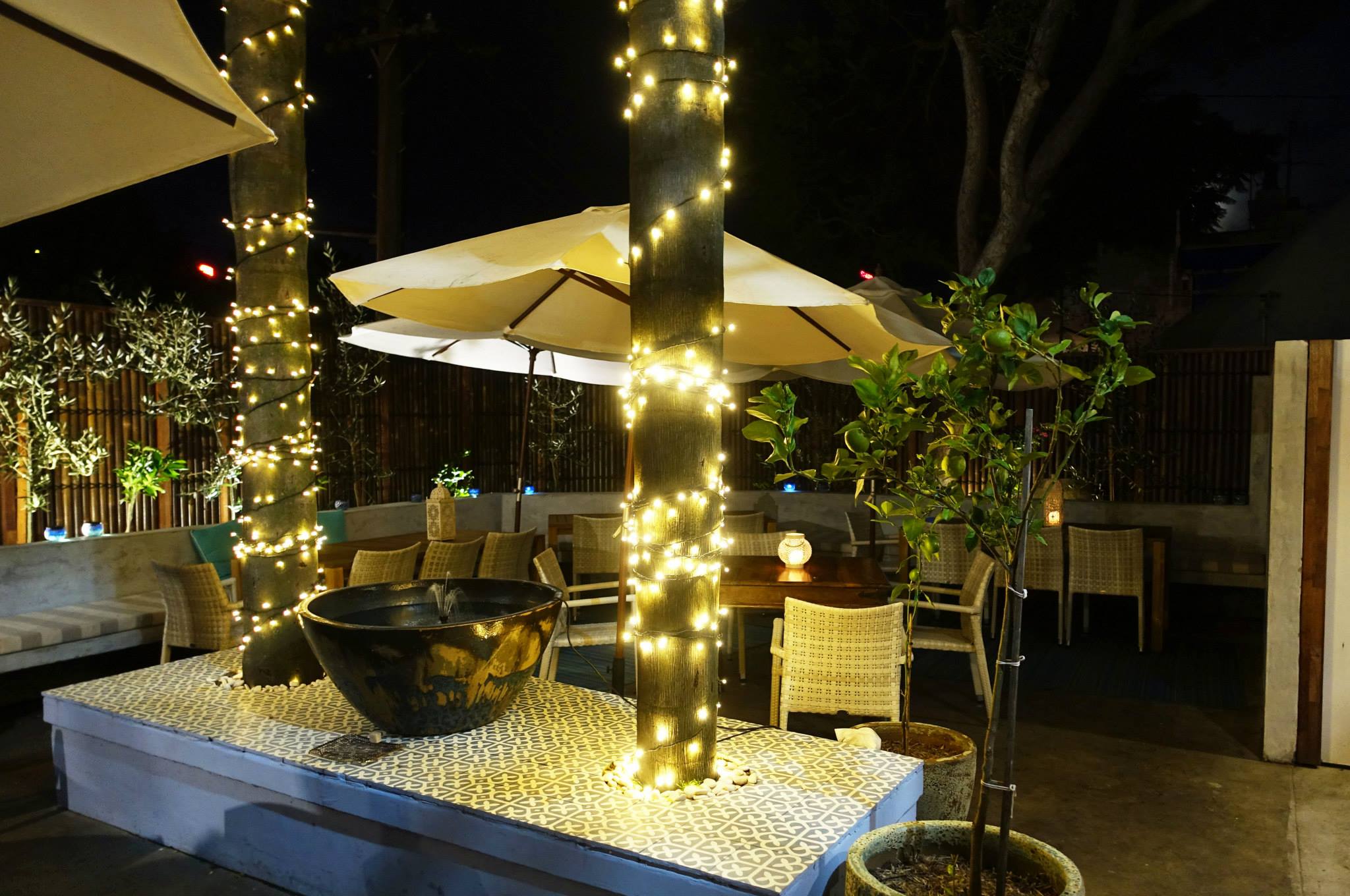 As you can see from the images above, the venue is absolutely beautiful. The restaurant itself is situated in an old terrace house which suits it so perfectly and gives the restaurant a nice homey feeling. The shisha garden out the back looked so good that I would probably visit just to chill out there again!

Mr C dined as a guest of TMA Consolidated and Moorish Blue.