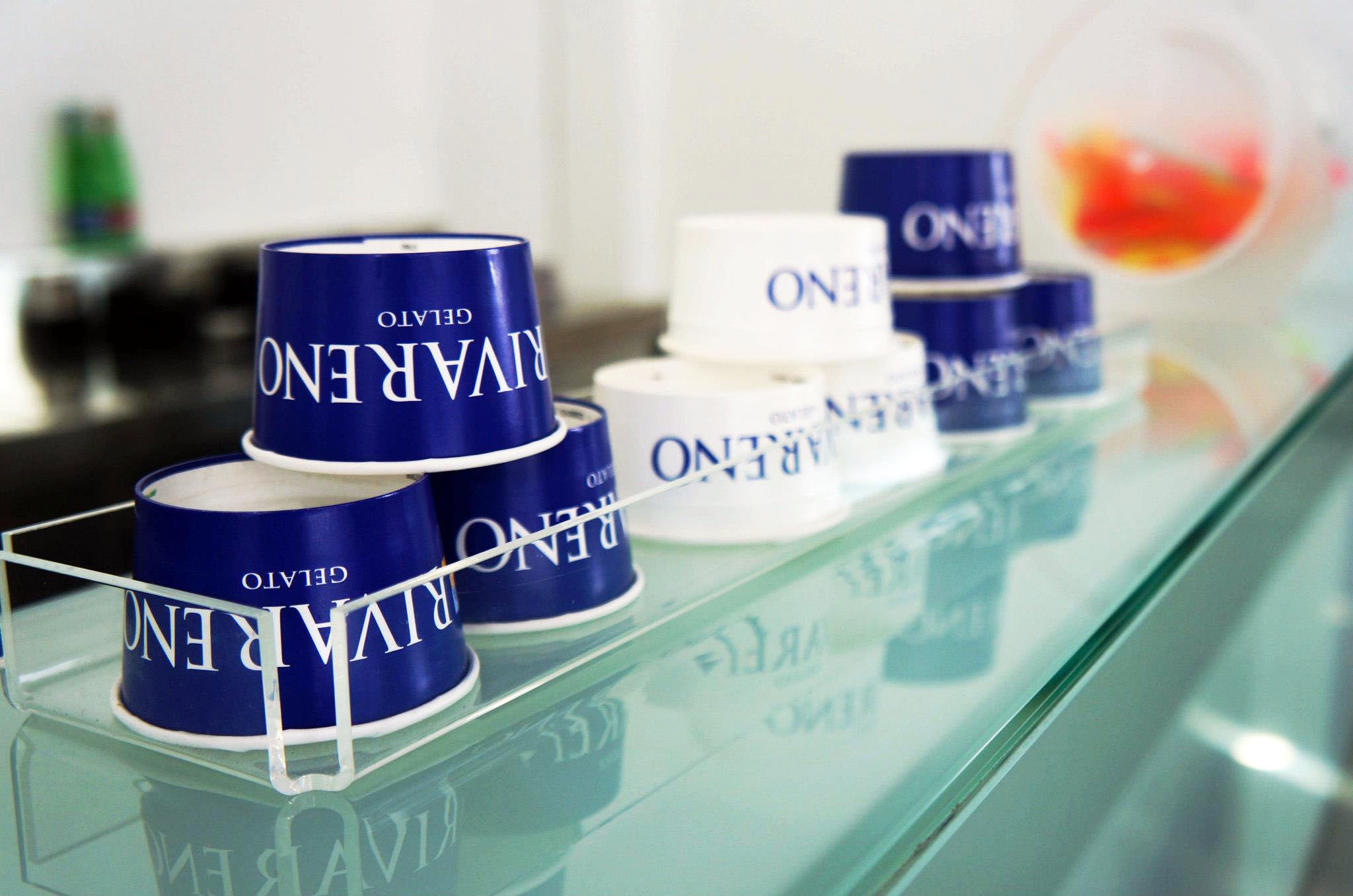 Direct from Italy, Rivareno Gelato have recently opened a new flagship store in Darlinghurst, Sydney – the first outside of Italy where they have over 15 branches including in Milan, Florence and Rome. Miss K and I were invited by Maria Farmer PR for a tasting session where we were able to try nearly all the flavours and learn a bit about how the gelato is made and the ingredients used.

The brand is doing well in Italy and we were excited to see if this store would live up to the success. 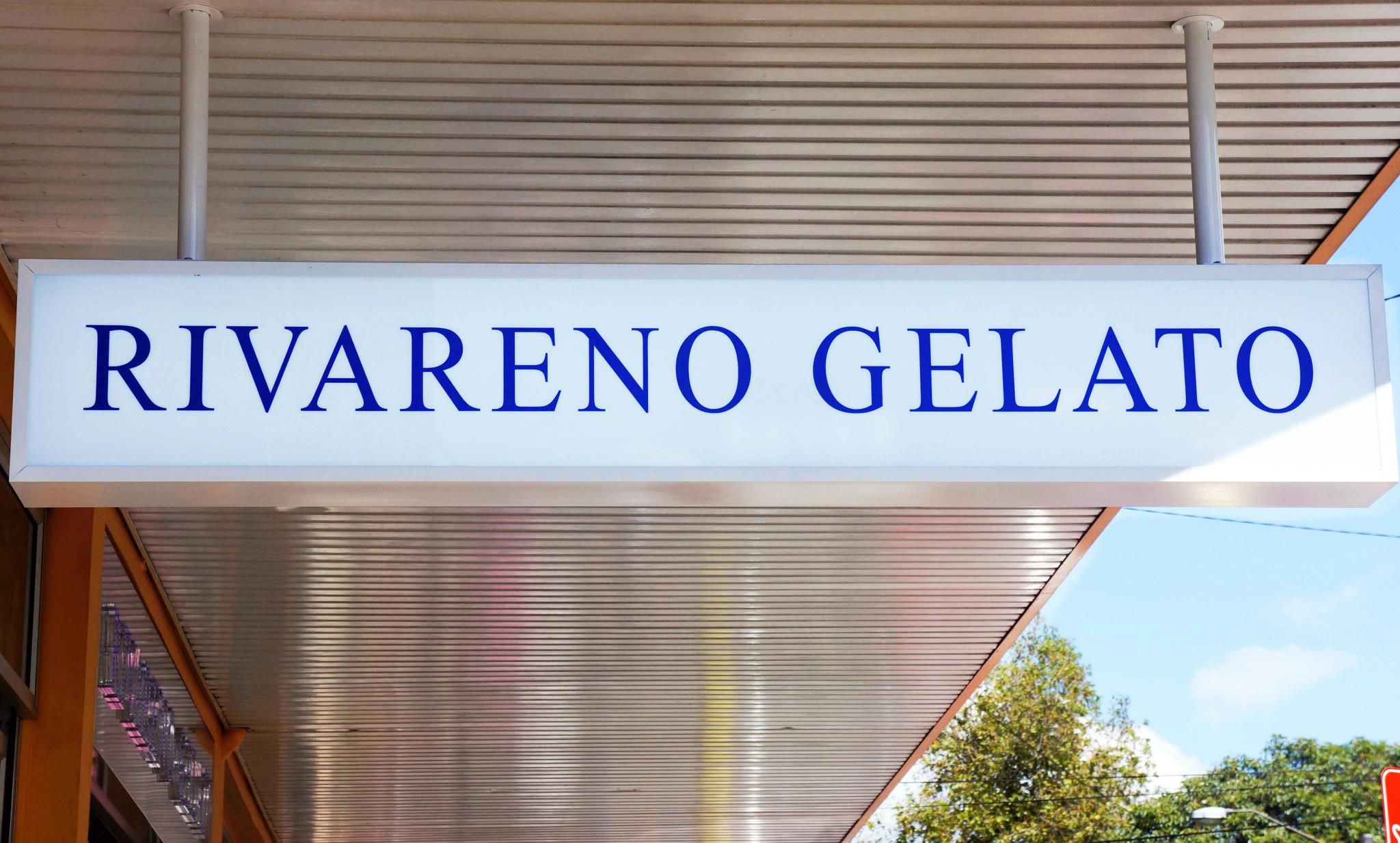 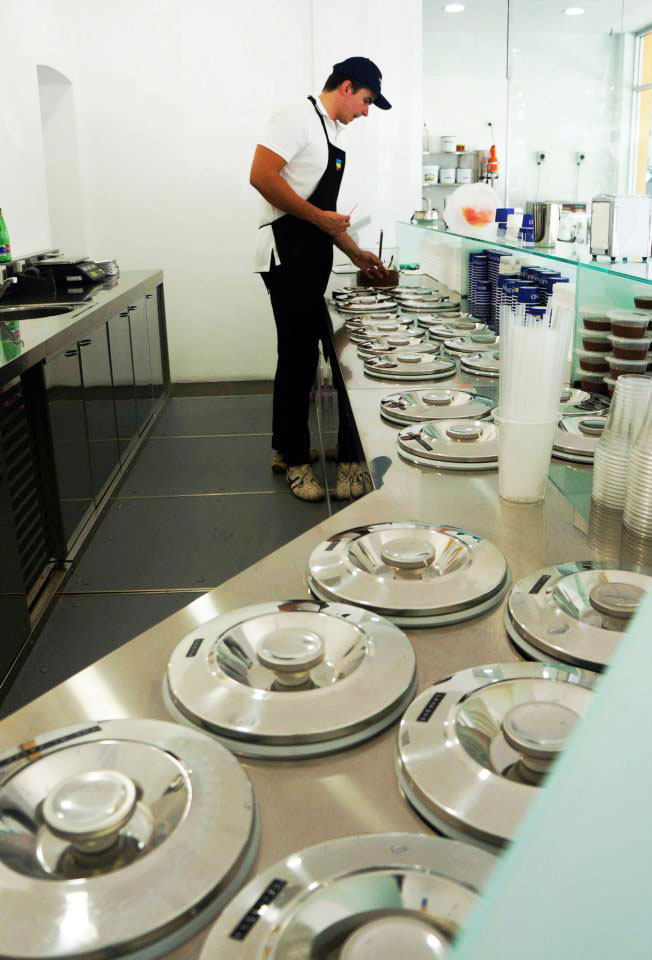 The first thing I noticed about the gelato was that I couldn’t see it! Instead Rivareno stores the gelato in cooled vats the same way that it is stored in Italy, a good touch of authenticity and definitely keeps the gelato cooler since gelato naturally melts quicker than ice cream. 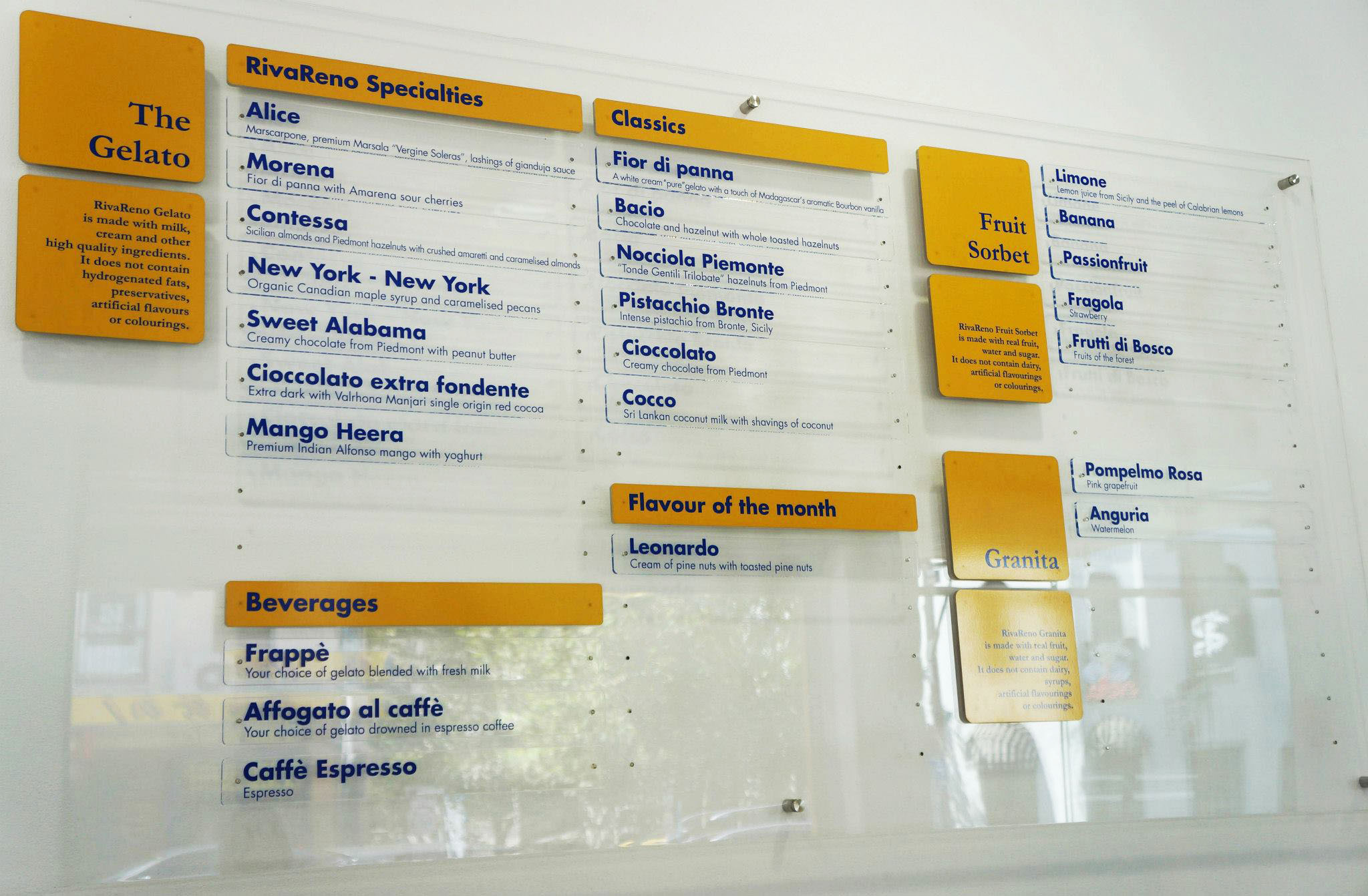 The second thing that caught my eye was the extensive choice, full of interesting and unique flavours which all sounded delicious. They don’t have any of the ‘basic’ stuff like Vanilla, Strawberry or Chocolate – in fact the long list of flavours they have give Gelato Messina a run for their money. We also learnt that many of the ingredients used are directly imported from Sicily and this definitely shines through when you taste how good the gelato is for the first time. 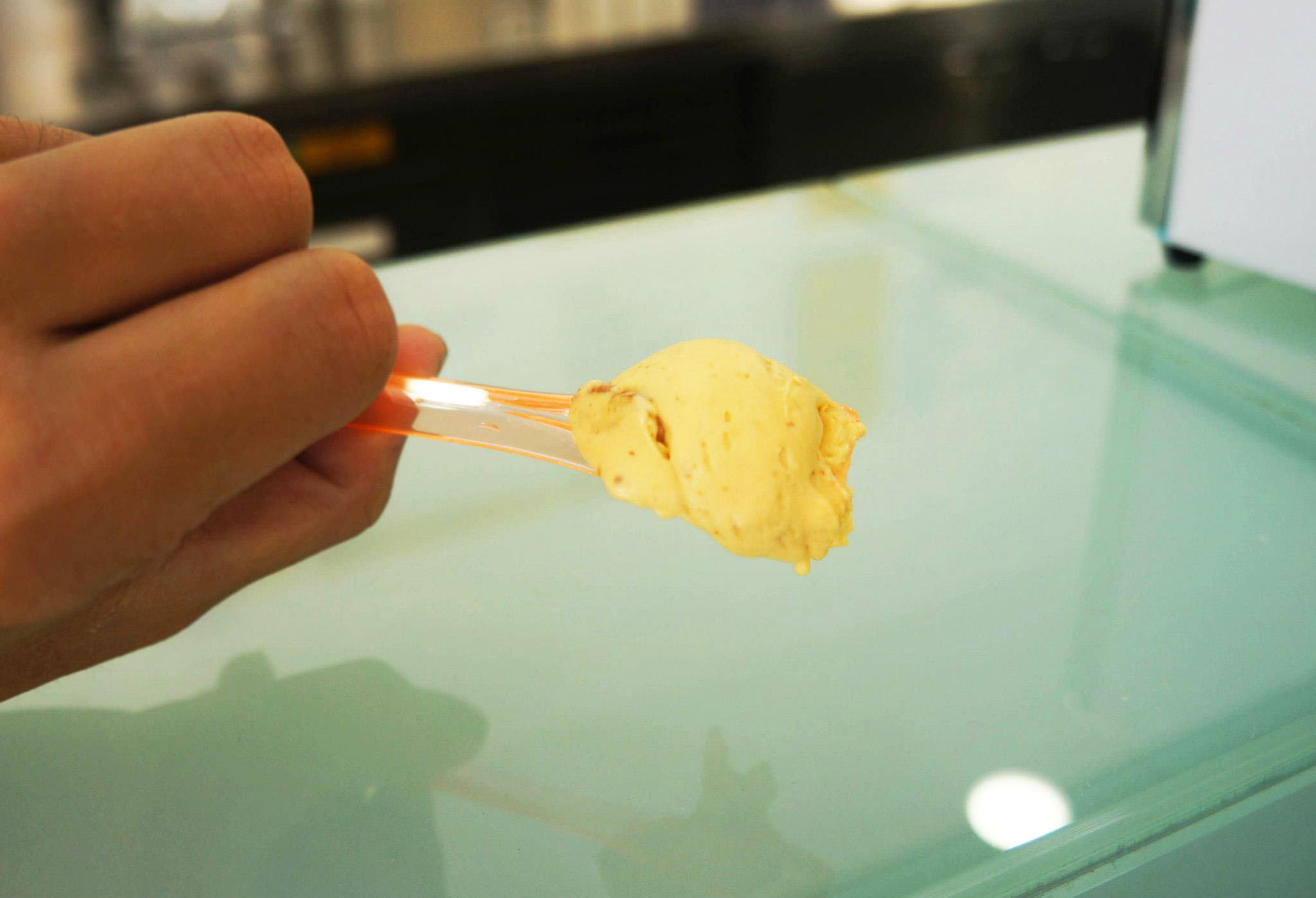 We tried most of the flavours and I have to comment that they were all consistently good, these are some of the highlights we enjoyed. The Nocciola Pietmonte above is a creamy textured hazelnut flavour which definitely stood out as my favourite, Miss K thought it wasn’t ‘adventurous’ enough but it was just too good to say no when I saw it 🙂 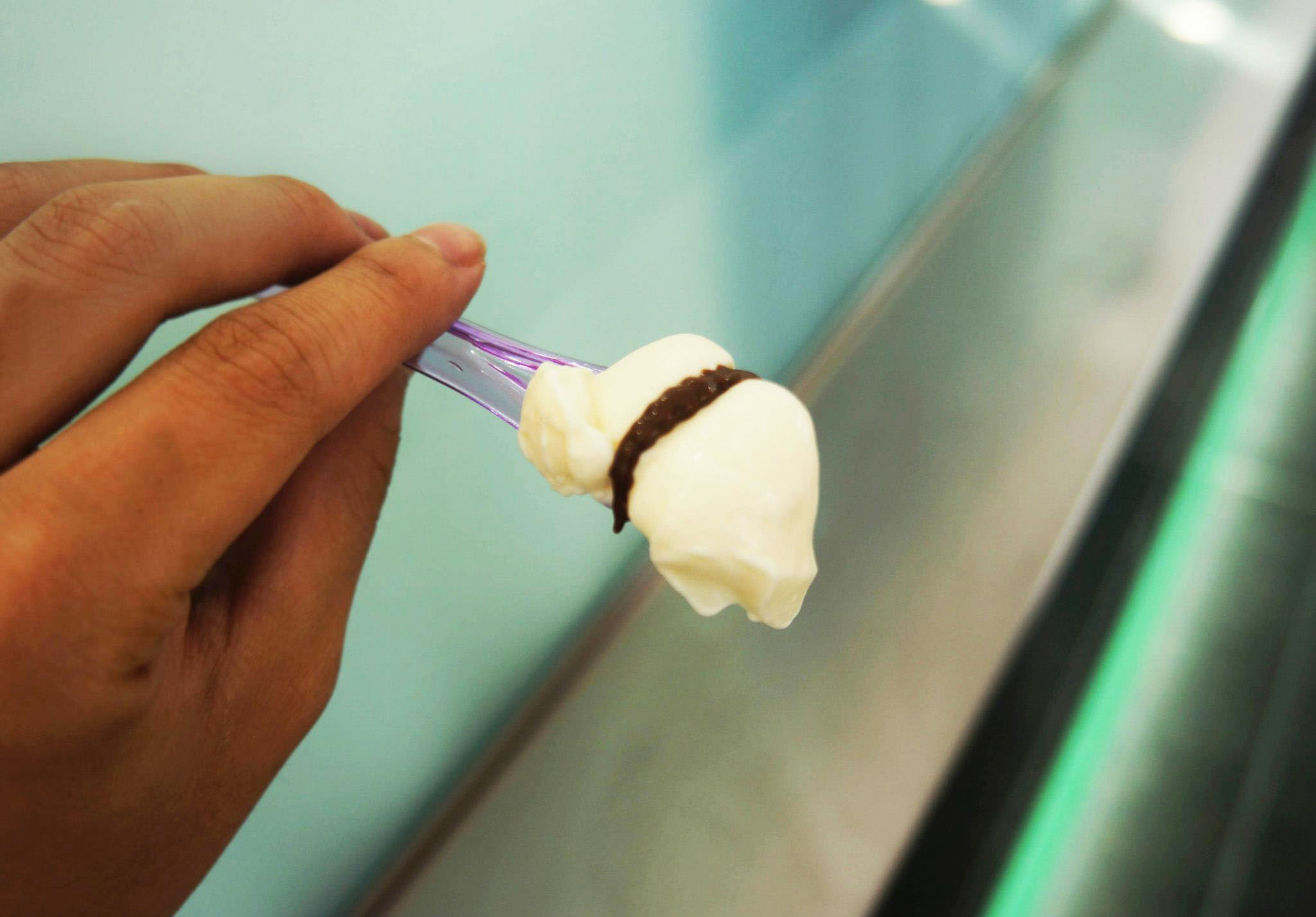 Miss K enjoyed this one, creamy mascarpone with a liquid chocolate sauce drizzled over the top. This was one of their more adventurous flavours which tasted amazing, the chocolate and mascarpone go together really well and I believe there was a bit of wine in there too. 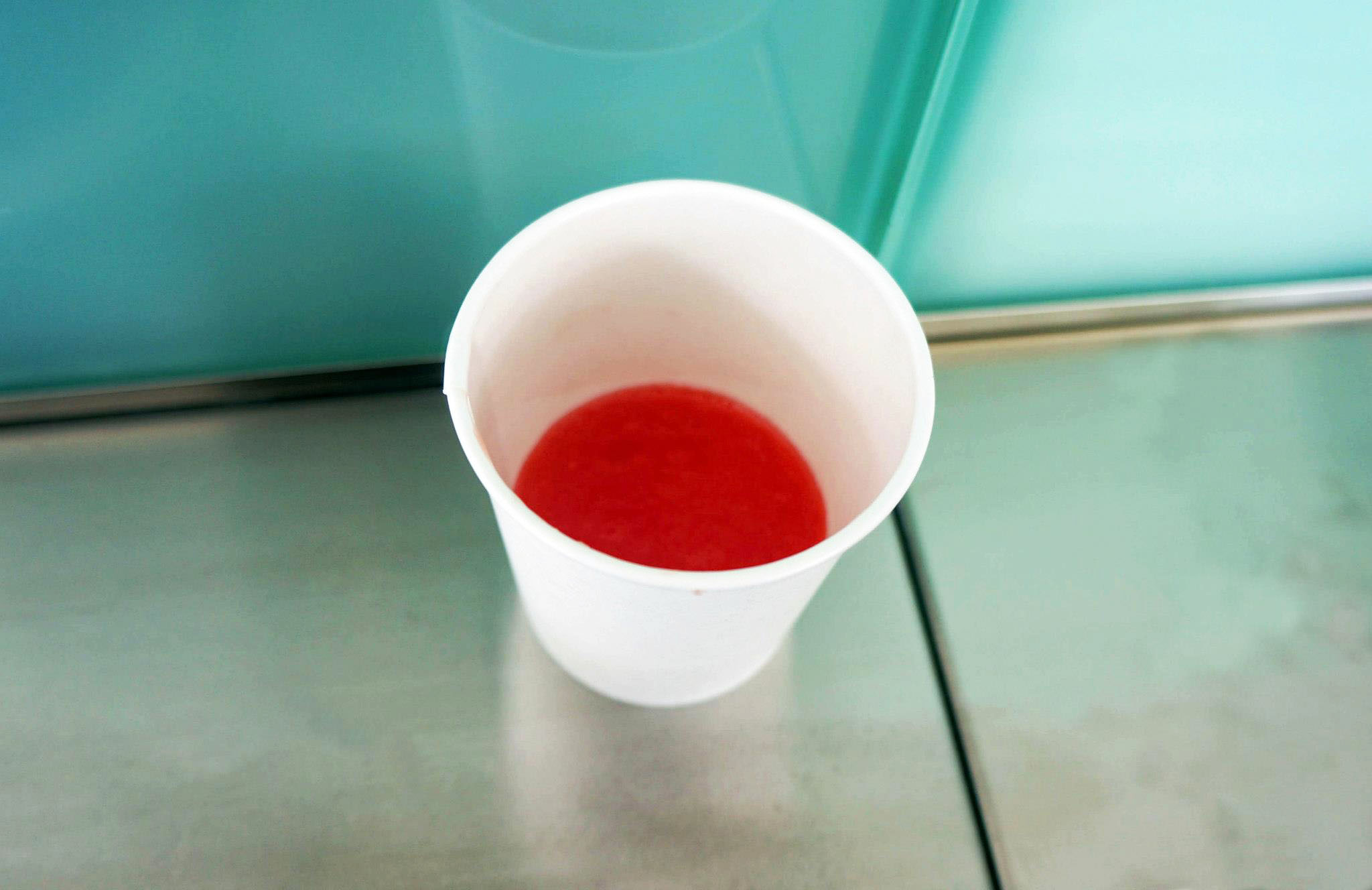 Granita for those who don’t know about it is similar to a slushy in that it is essentially blended or shaved ice, the big difference here is that the flavouring is real fruit rather than artificial flavouring. It’s actually really hard to find Granita in Sydney, it doesn’t seem to be very popular here and not widely known. We were given a taste of the pink grapefruit and watermelon flavours and both were perfectly icy and refreshing, definitely one of the best drinks ever for a hot day. 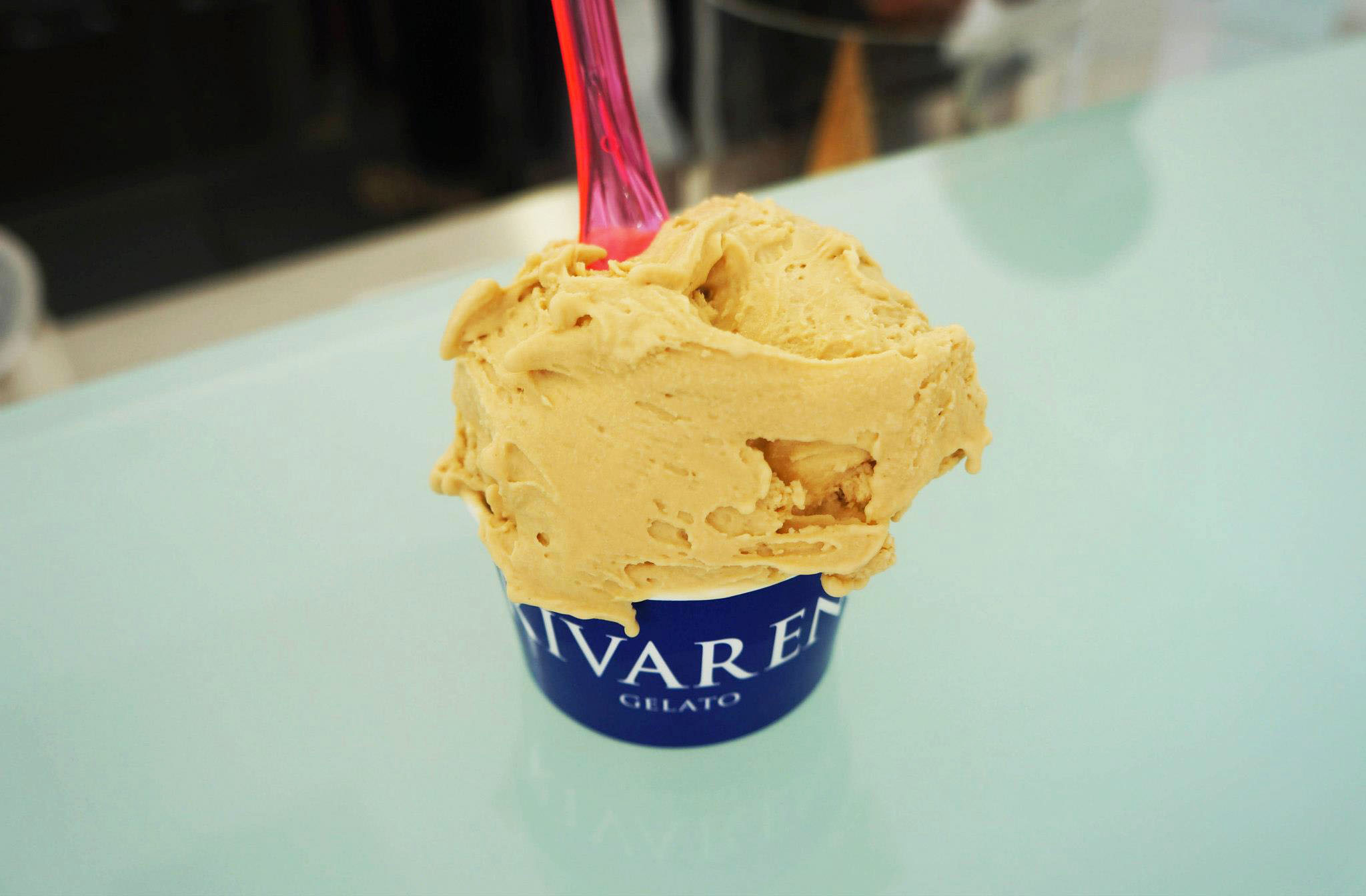 Overall Rivareno Gelato is a welcome addition to the Sydney dessert scene, it’s definitely a strong (and delicious) contender so I hope to see success from Rivareno, perhaps opening some other branches around the city so I can more easily get my fix of gelato 🙂

Thanks to Alex @ Maria Farmer Public Relations for inviting us for the tasting session!