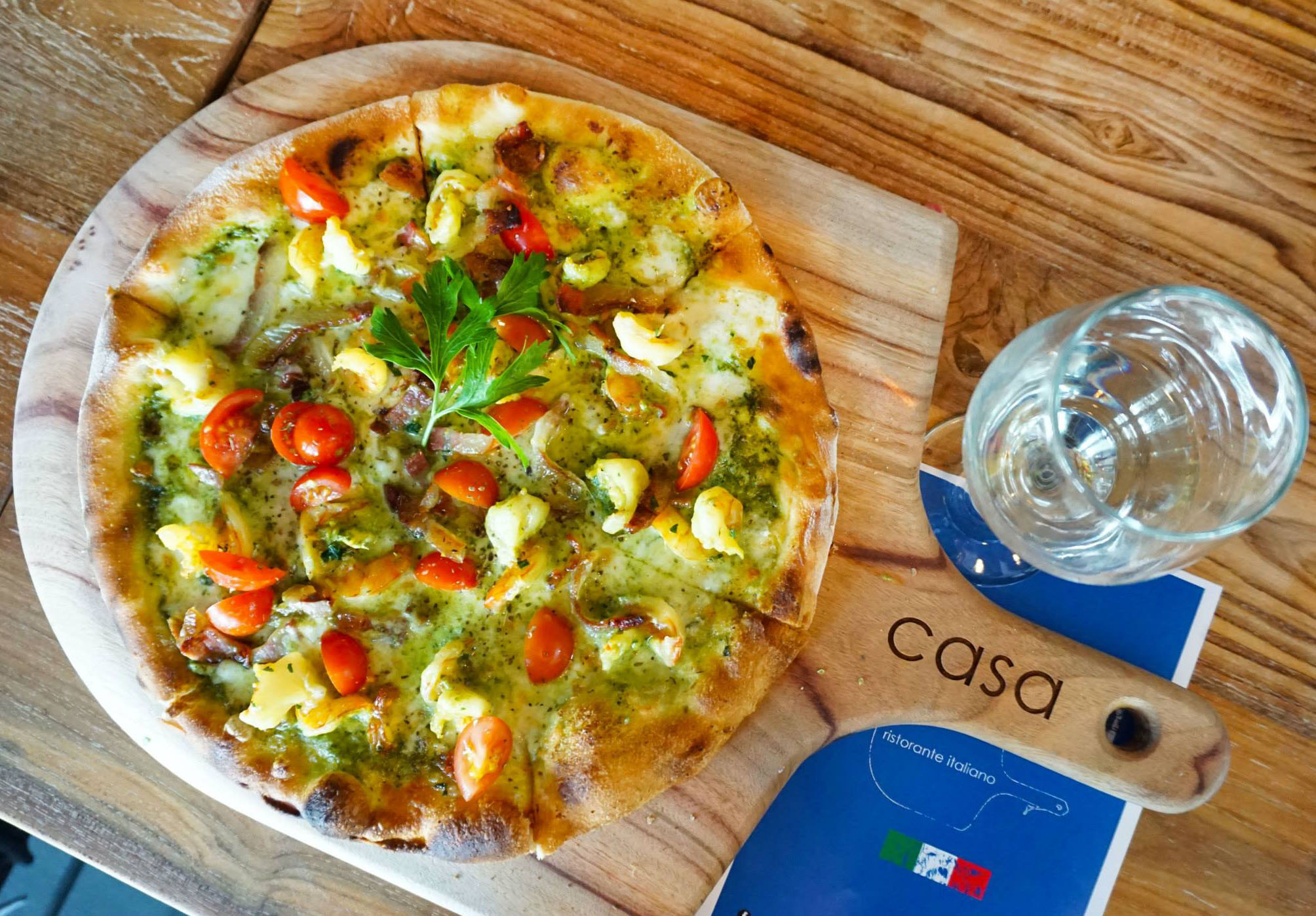 Just a little over a fortnight ago Miss K and I attended a (re)opening lunch to celebrate the launch of the new Casa Ristorante Italiano. Over the past few weeks we’d noticed that Casa Di Nico had closed down but had no idea that Platinum Restaurant Group were planning to relaunch a new restaurant on the same premises. I have to admit that I really like the beautiful new interiors of the restaurant which were created by the same guys behind Alpha and China Republic which look just as amazing, they all have a great theme to go by.

King Street Wharf has always been known as a tourist strip with lots of bars and restaurants that don’t offer much in terms of quality of food but rely more on the location and views for customers. Casa Ristorante Italiano aim to redefine this image and differentiate themselves by offering great food at affordable prices. 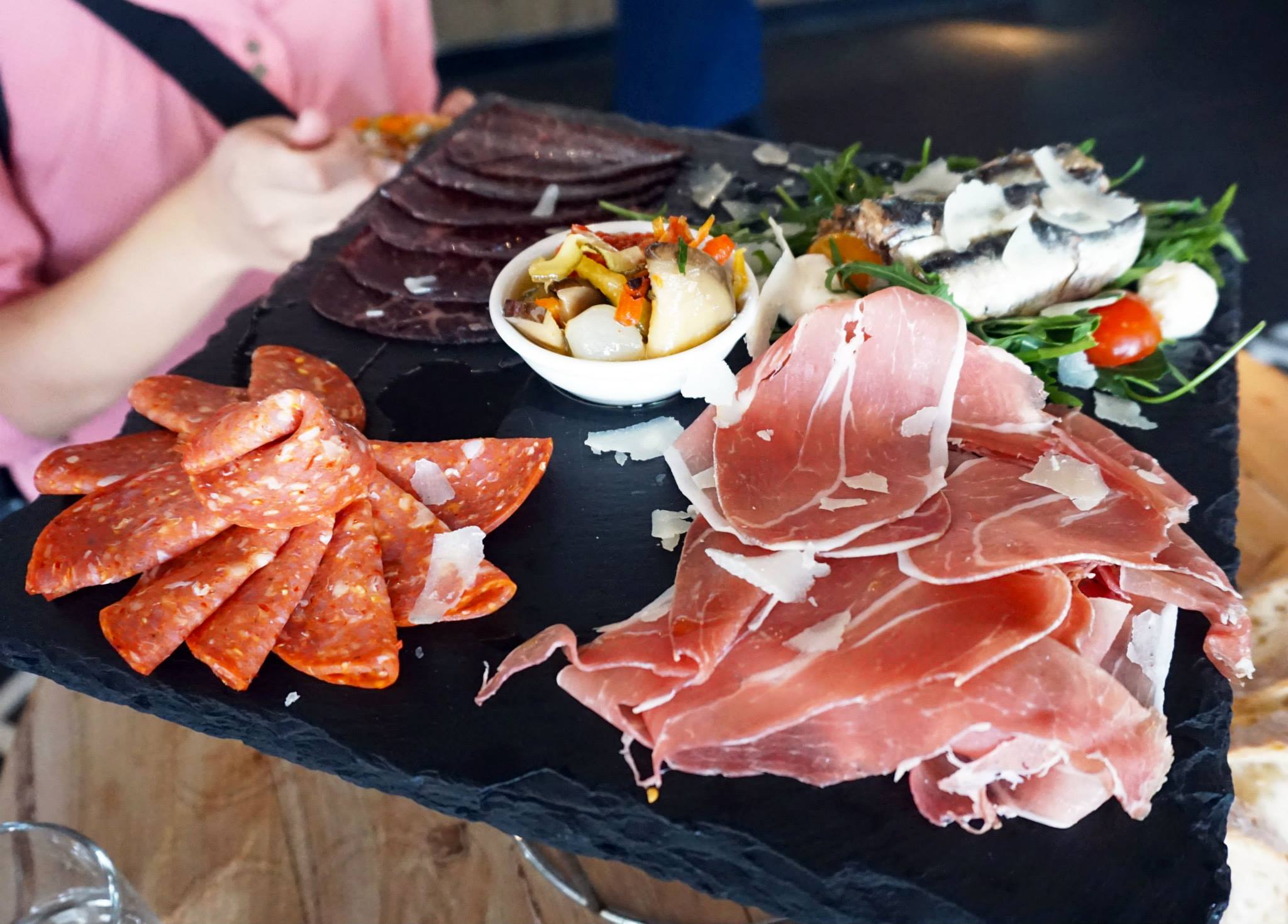 Running slightly late we entered the restaurant to find that a section of the restaurant had been set up as a cocktail/event space and everyone was already mingling around with drinks and platters of delicious looking meats and antipasto. Miss K being a huge fan of prosciutto immediately went straight for the meats.

A few minutes later we were treated to an awesome pizza dough making show by awesome pizza chef Salvador D’Avola from Sicily who gave a fun demonstration of dough spinning and a few other amazing tricks. 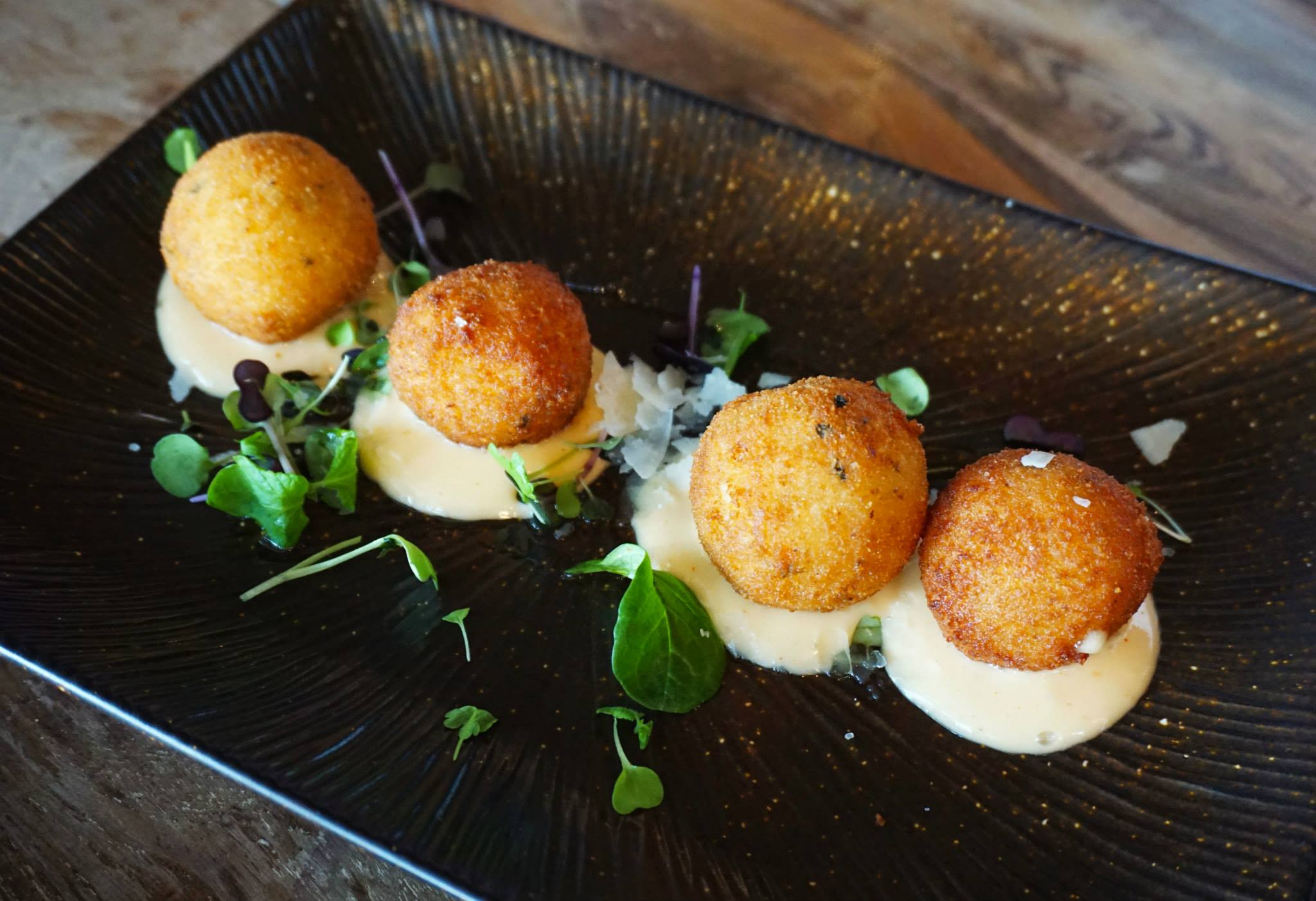 We’re always big fans of arancini but they’re even better when served with chilli mayo. The mixture of pumpkin, cheese, spices and creamy mayo made each mouthful of arancini an explosion of different flavours which everyone on the table seemed to really enjoy. 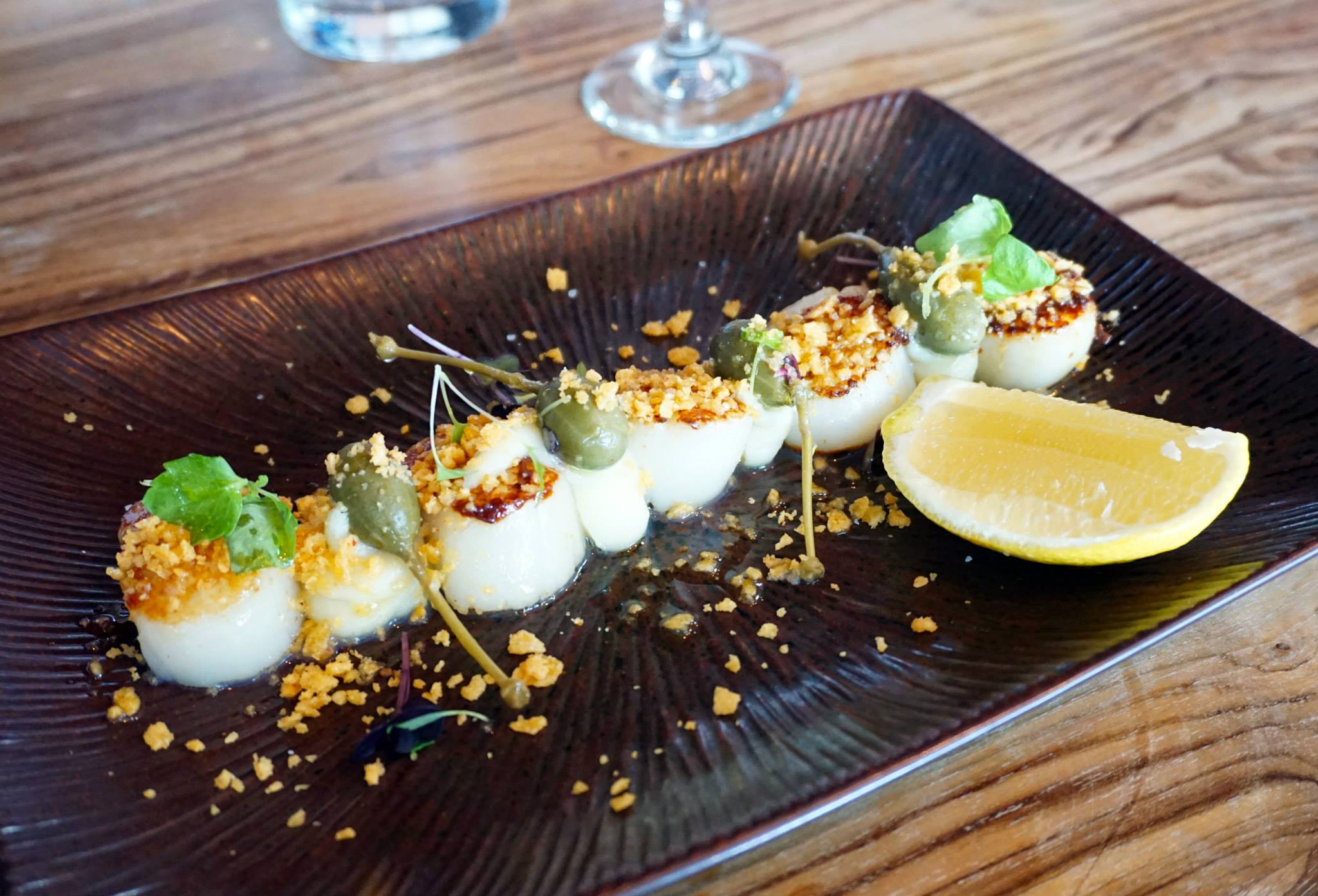 Seared scallops are amazing entrees in every cuisine whether it be Japanese, Chinese, Italian or Greek. The seared scallops done at Casa were coated in crunchy little bits of potato and delicious sour caperberries, the whole plate was devoured within seconds of it landing on the table. 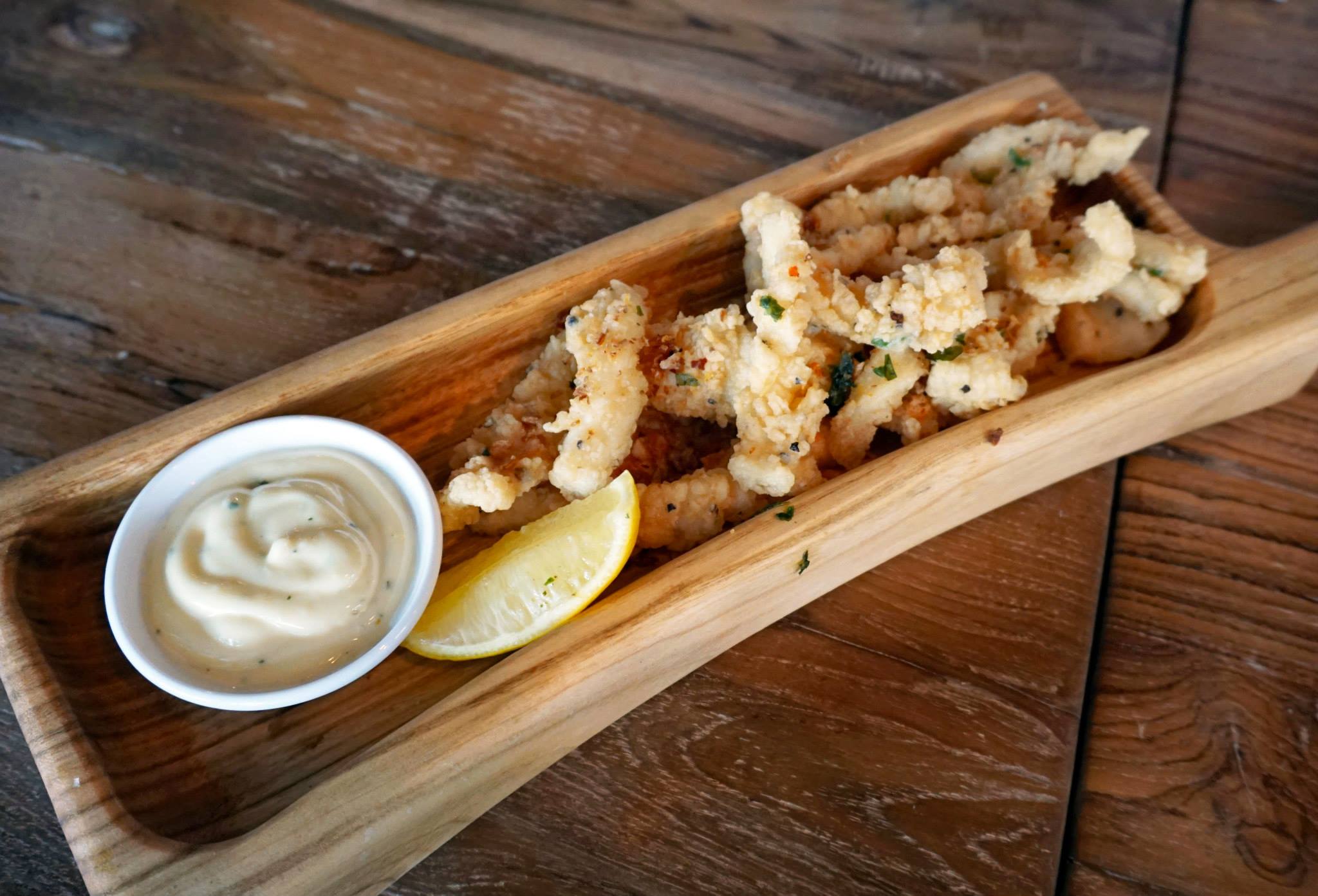 Crispy calamari with herbs and aioli

Another crowd pleaser is always fried calamari and aioli, there’s no way anyone could say no to these delicious bits of squid and sauce! The best part of this particular serving was that the calamari is covered in parsley, chilli and other herbs which gave it a flavour on it’s own even without the sauce. At one point I was just eating the pieces of calamari without even dipping it because they were already so flavoursome. 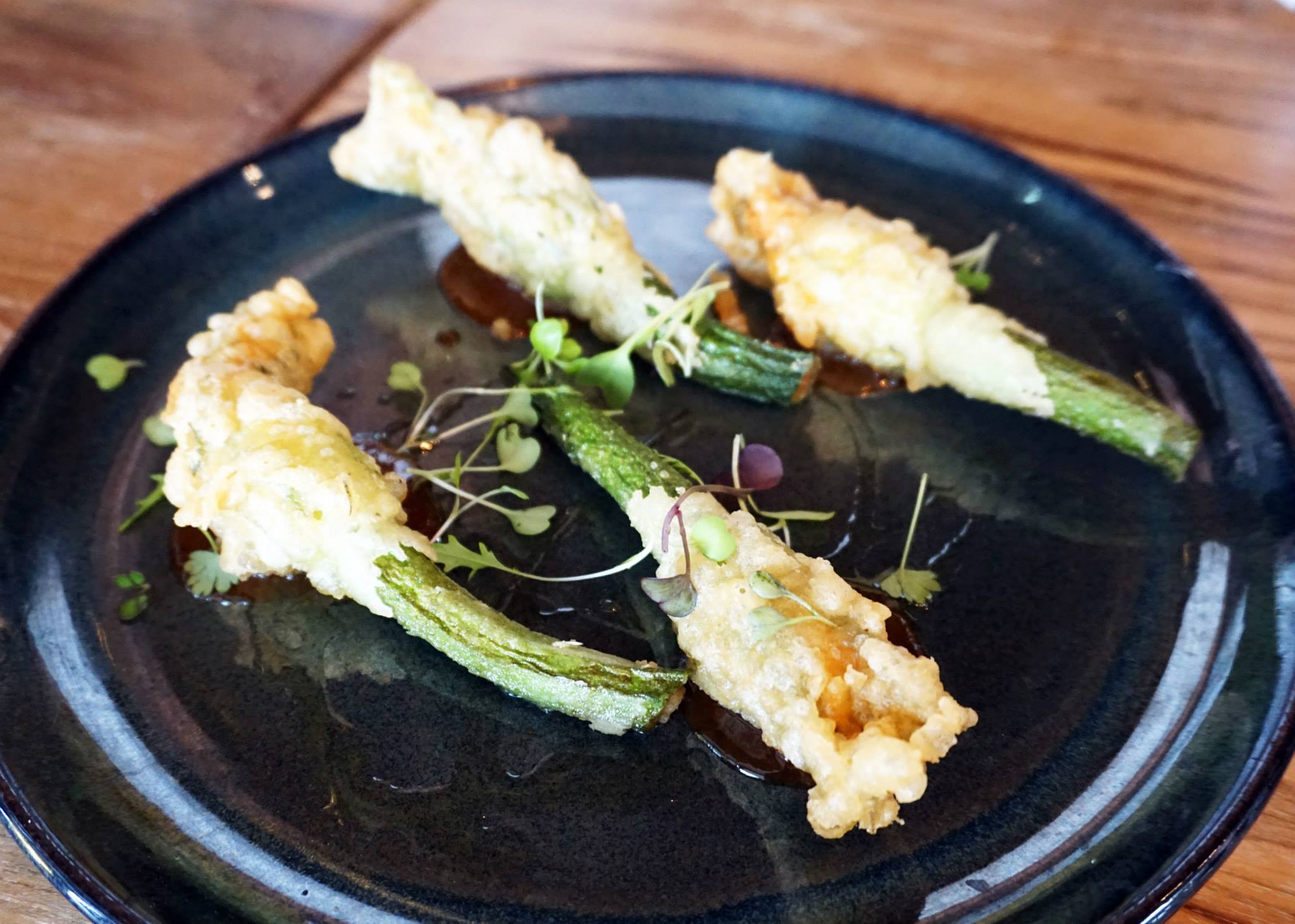 I have to admit I’m not a big fan of zucchini flowers but I’ll happily eat anything that’s tempura battered. I think most of the tastes that I enjoyed came from the batter rather than the flower itself but others (including Miss K) were visibly enjoying the zucchini flowers so perhaps it was good and I was oblivious 🙂 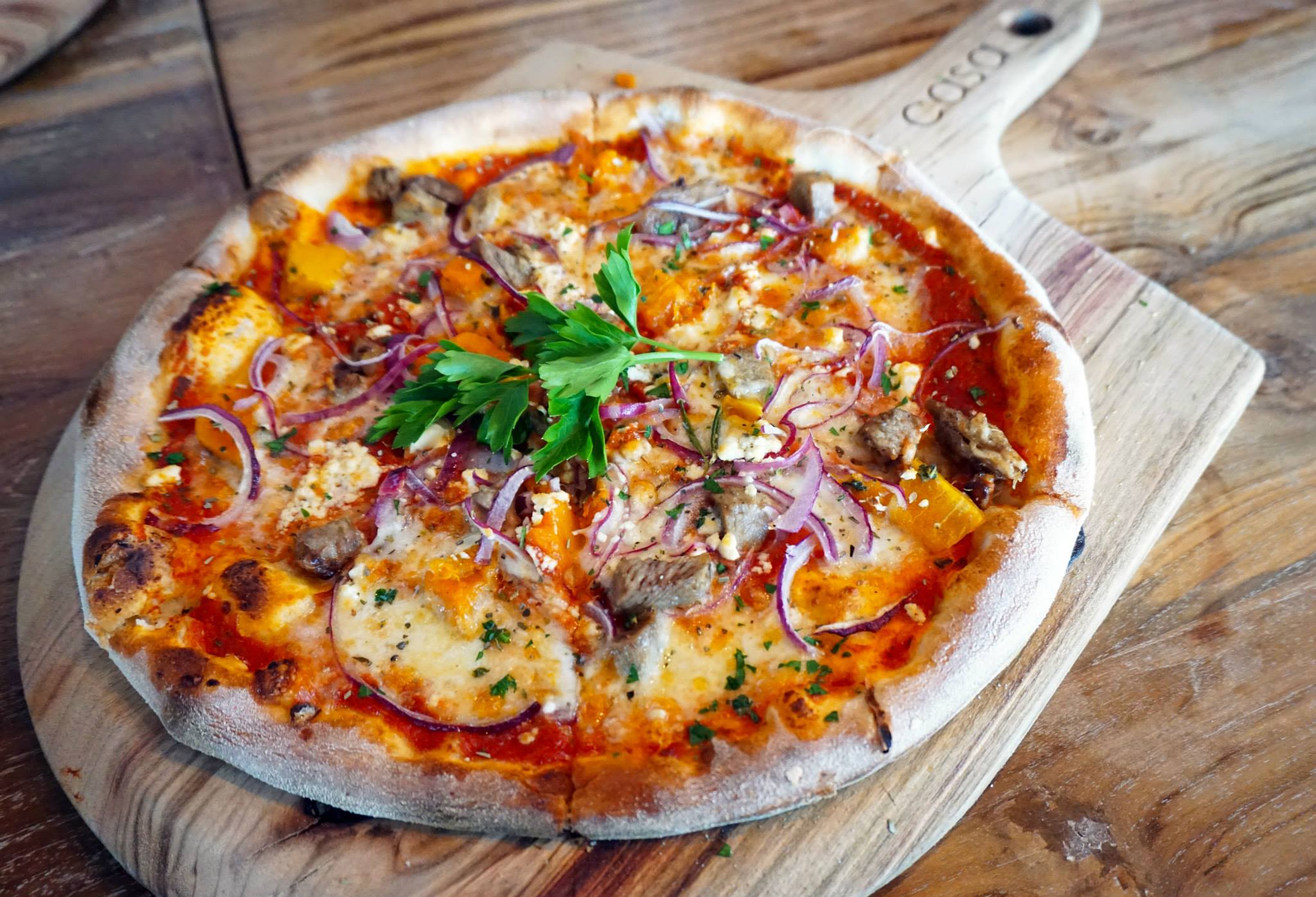 Since there was such a huge choice of pizzas on the menu, Phil from Philsosophyy and I decided to share a bit of ours so we could get a taster of each. I ordered the Genovese pizza – citrus prawns, pesto, mozarella, cherry tomato and pancetta, this is the pizza featured as the thumbnail and as the first photo on this post (up above). I seriously loved that pizza so much that it got the honour of featured image of this post! 🙂

Phil decided to order the lamb pizza so we ended up with two different types of pizza to eat. The general consensus was that although both were absolutely delicious and had an amazing thin crust, the Genovese pizza was superior simply because of the choice in toppings and sauce. 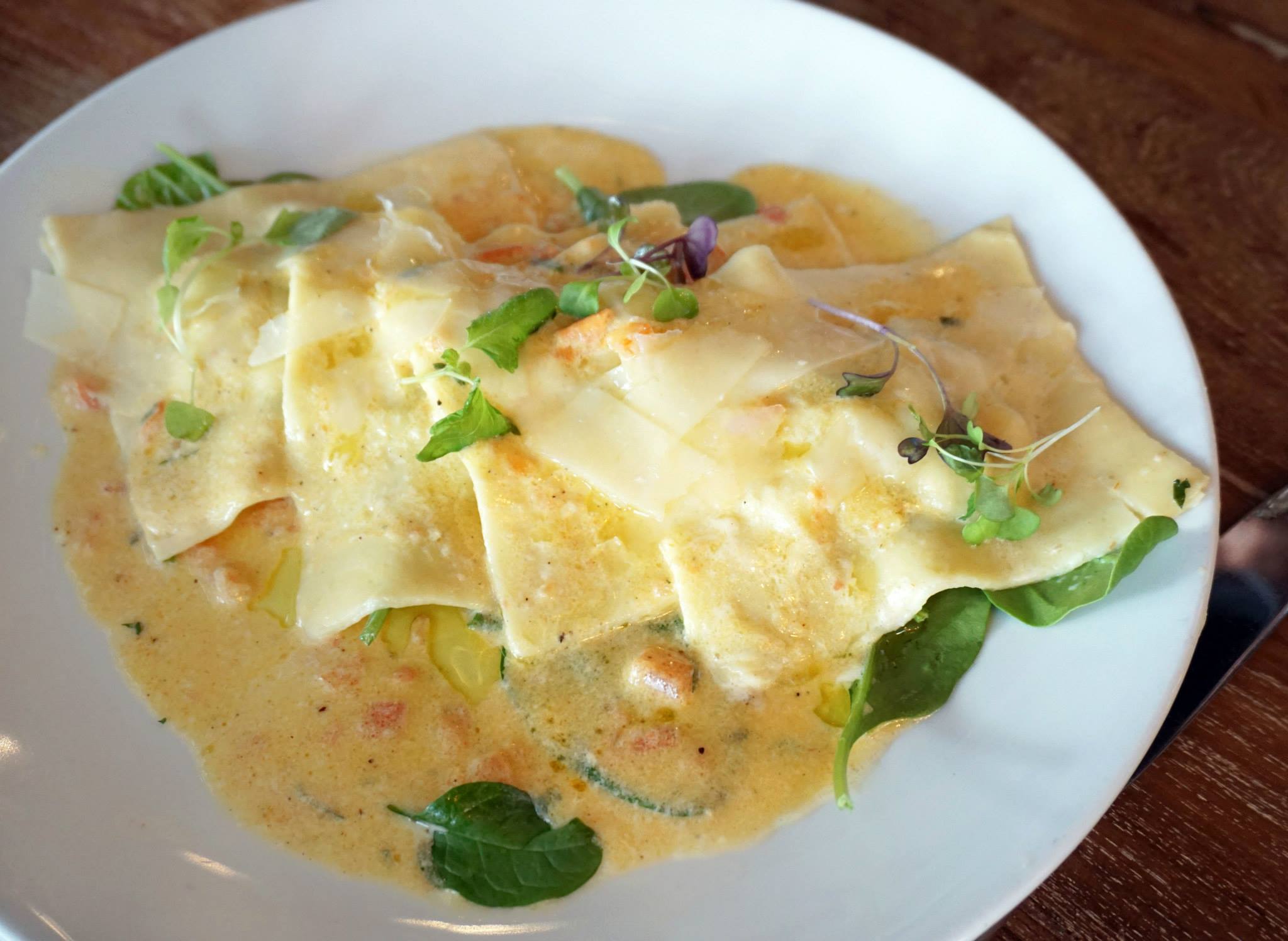 Since we had already decided on two pizzas we wanted to also give at least one of the pastas a try to see if they were up to scratch. Miss K decided to go with the lobster and crab seafood ravioli which turned out to be really good, although the shellfish smell was a bit overpowering for me. Miss K really loved it however so she ended up finishing most of the pasta dish on her own. 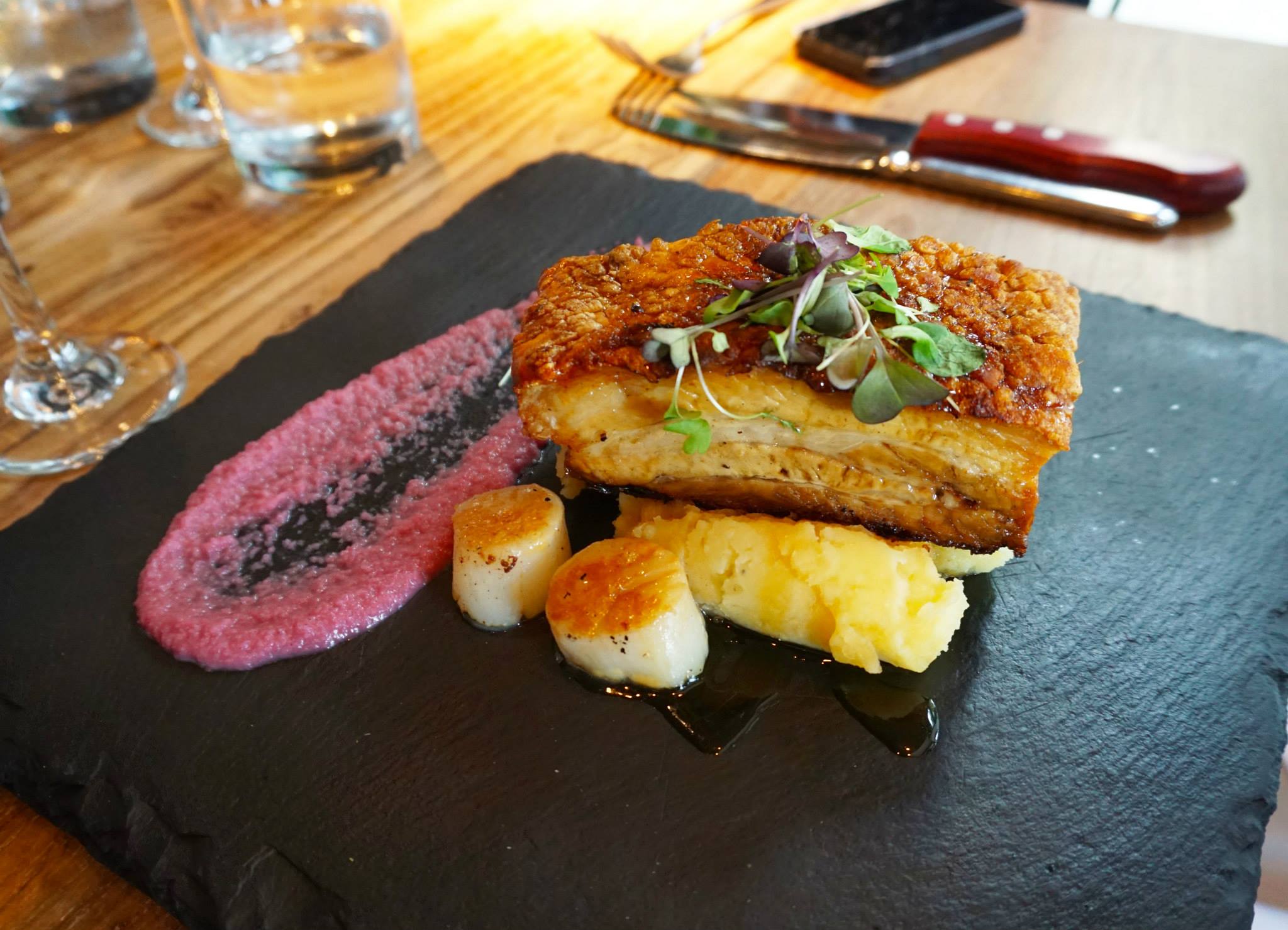 I just had to take a picture of this because it looked so amazing and mouth watering, it was actually ordered by Vanessa from For Foods Sake. You can read more about it on their site. 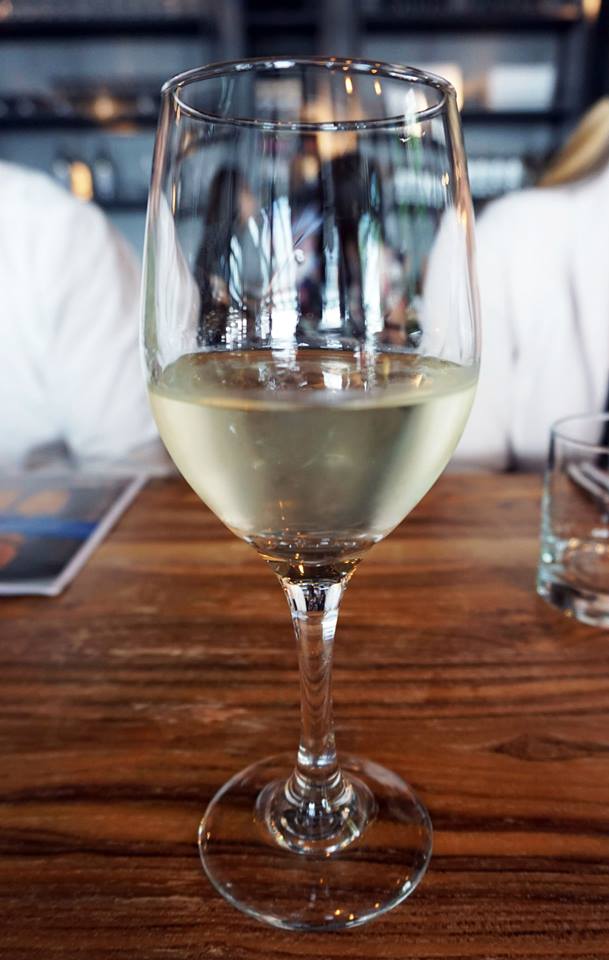 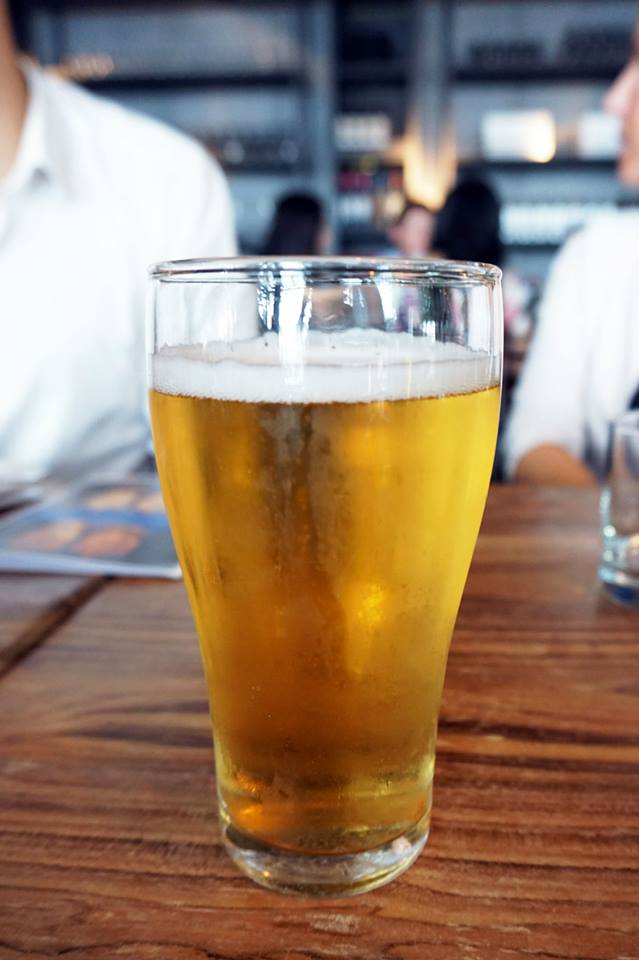 Unfortunately I was so overwhelmed with food and drinks that I completely forgot to take note of the wine we were being served, I do recall that it had a nice clean and crisp taste which I enjoyed. However I definitely remembered that the beer was an awesome bottle of Peroni though! 🙂 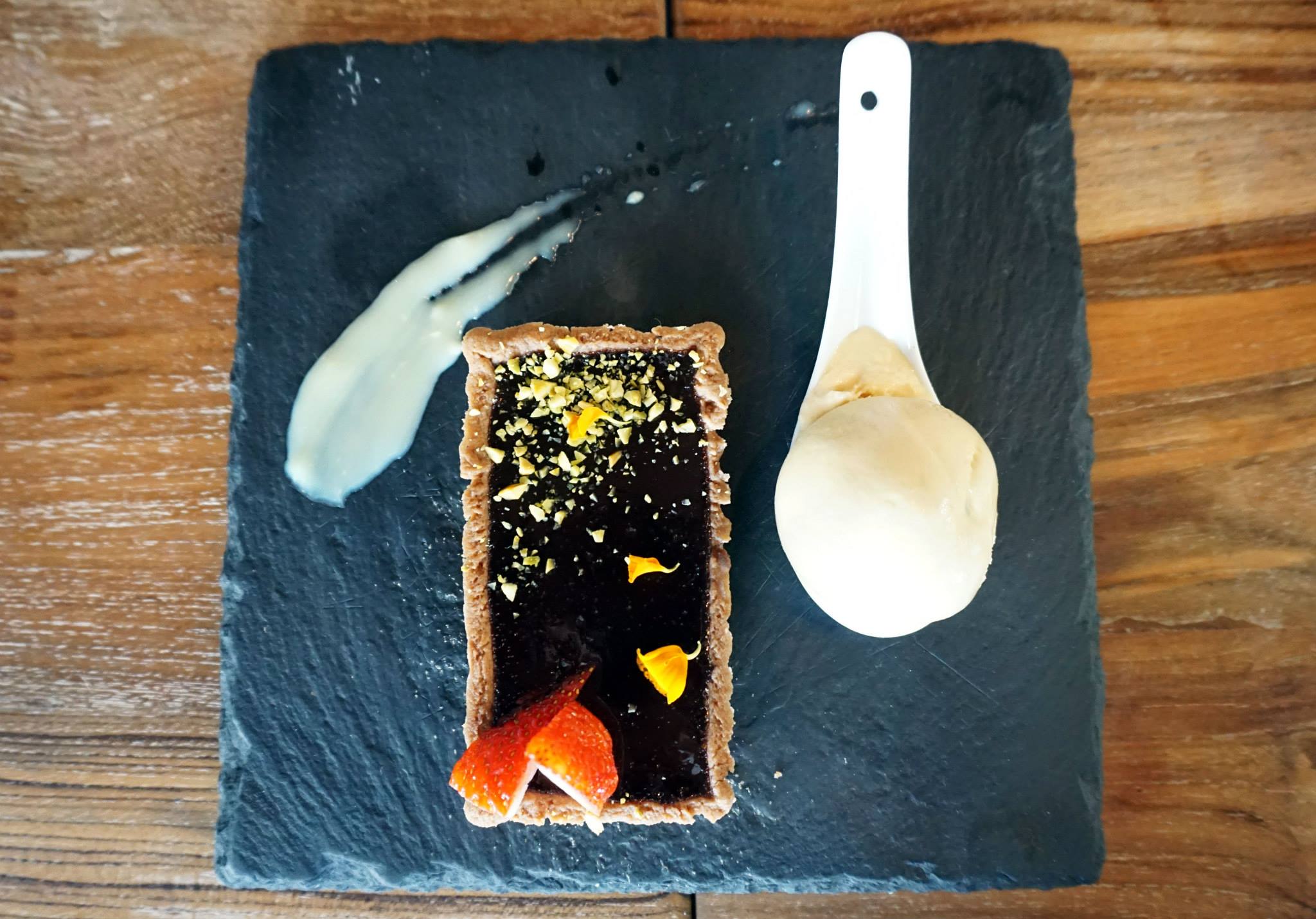 When I saw the dessert list I knew I had to give this one a go and I have to admit I wasn’t sure what to expect. When I finally had my first warm mouthful I realised that it reminded me of the signature eight texture chocolate cake from Quay, though obviously less refined and with a dash of other ingredients. 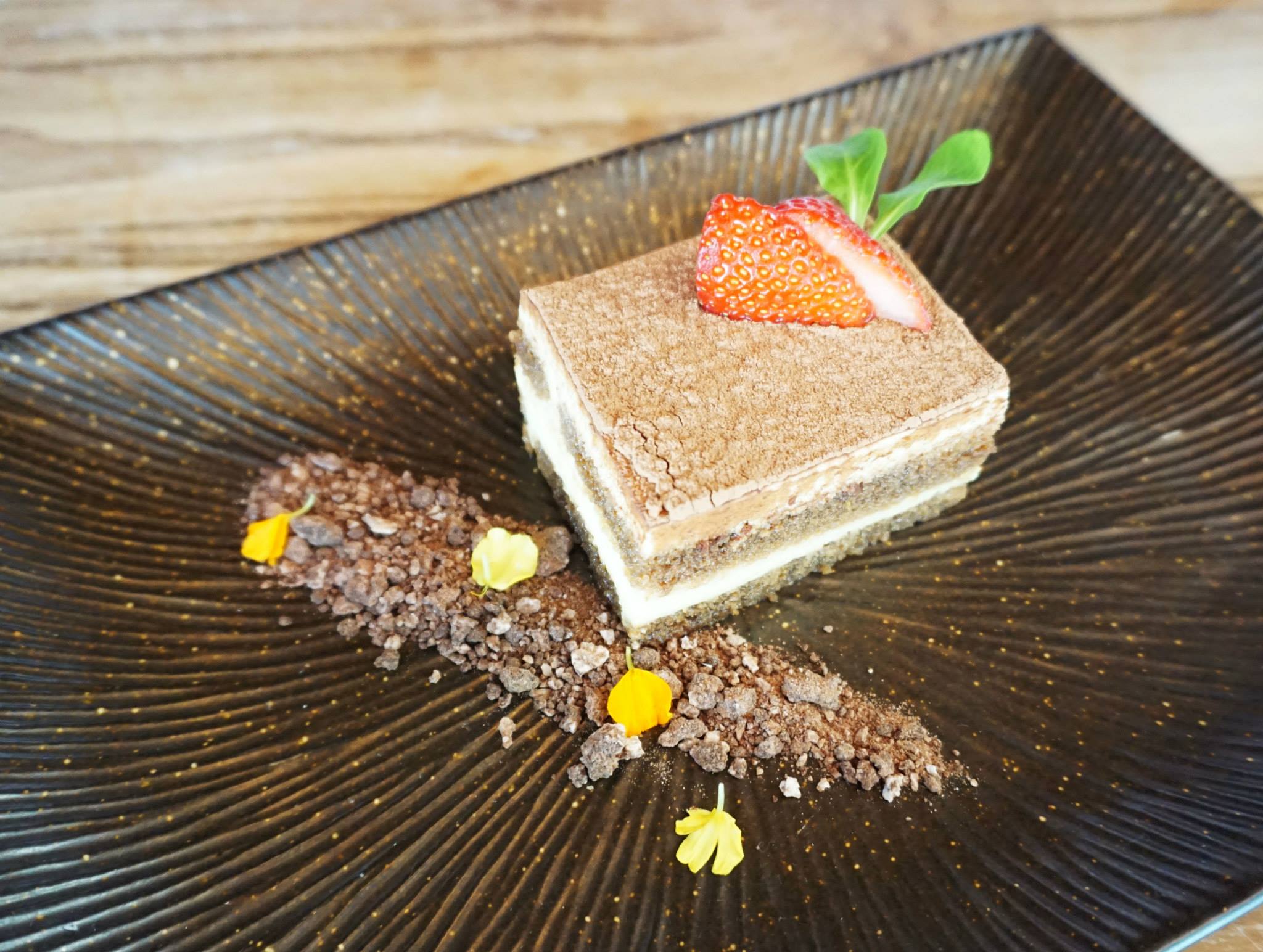 It was obvious from the beginning that Miss K would order the Tiramisu because she’s a die hard fan of this kind of cake and would pick it over anything. She enjoyed the smooth richness of this cake and coffee taste so much that I had to try it as well and was blown away because I was expecting something more lacklustre. 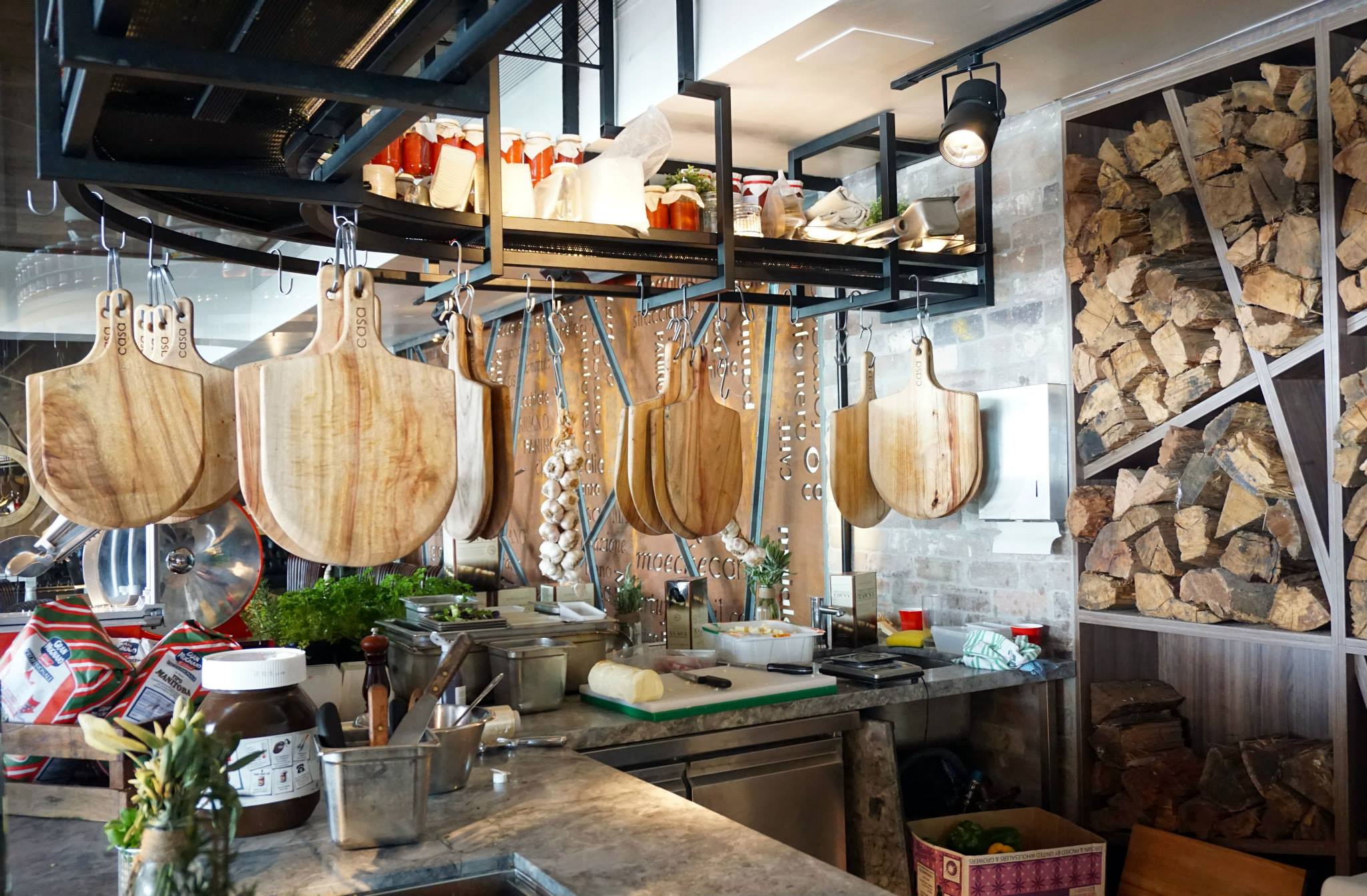 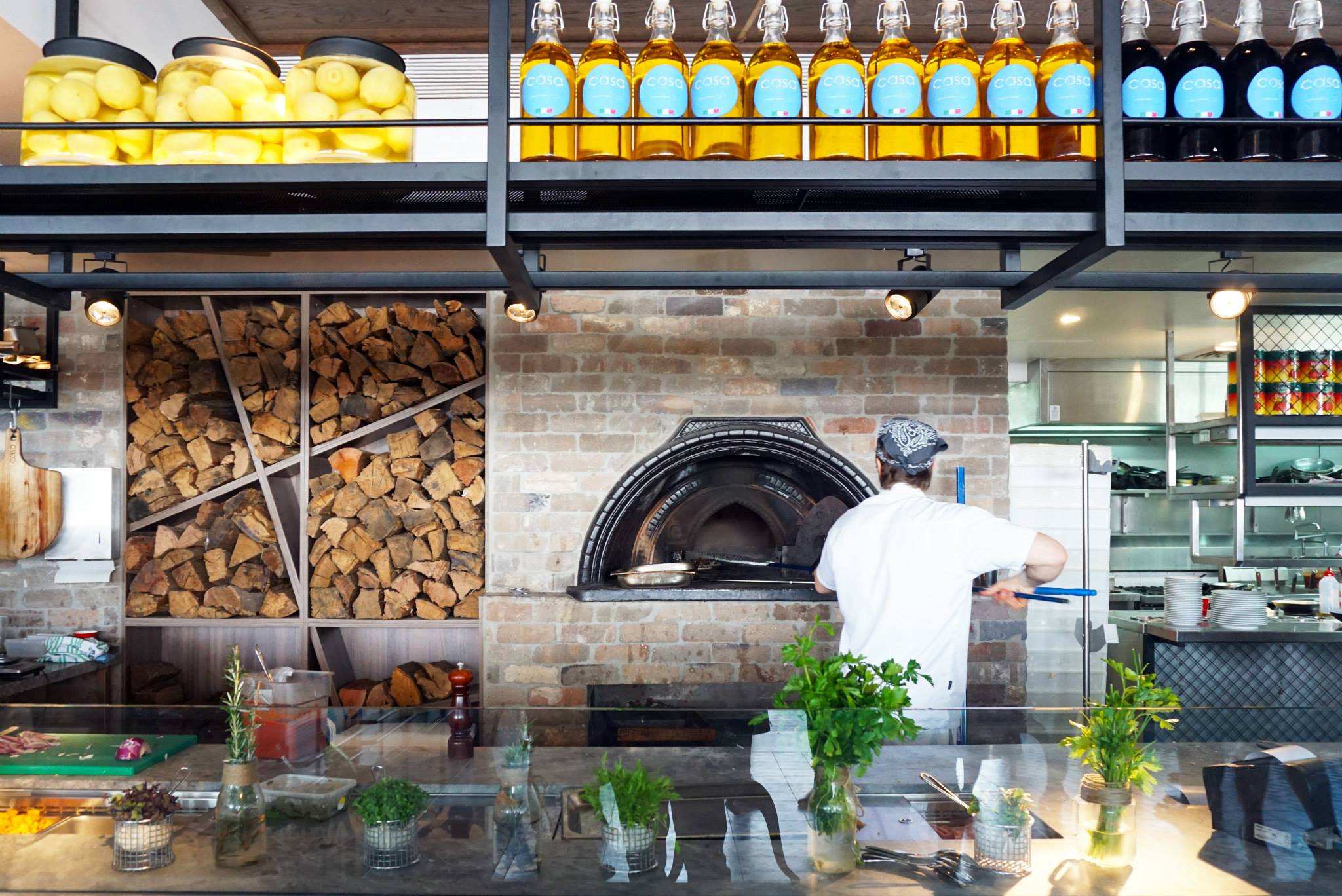 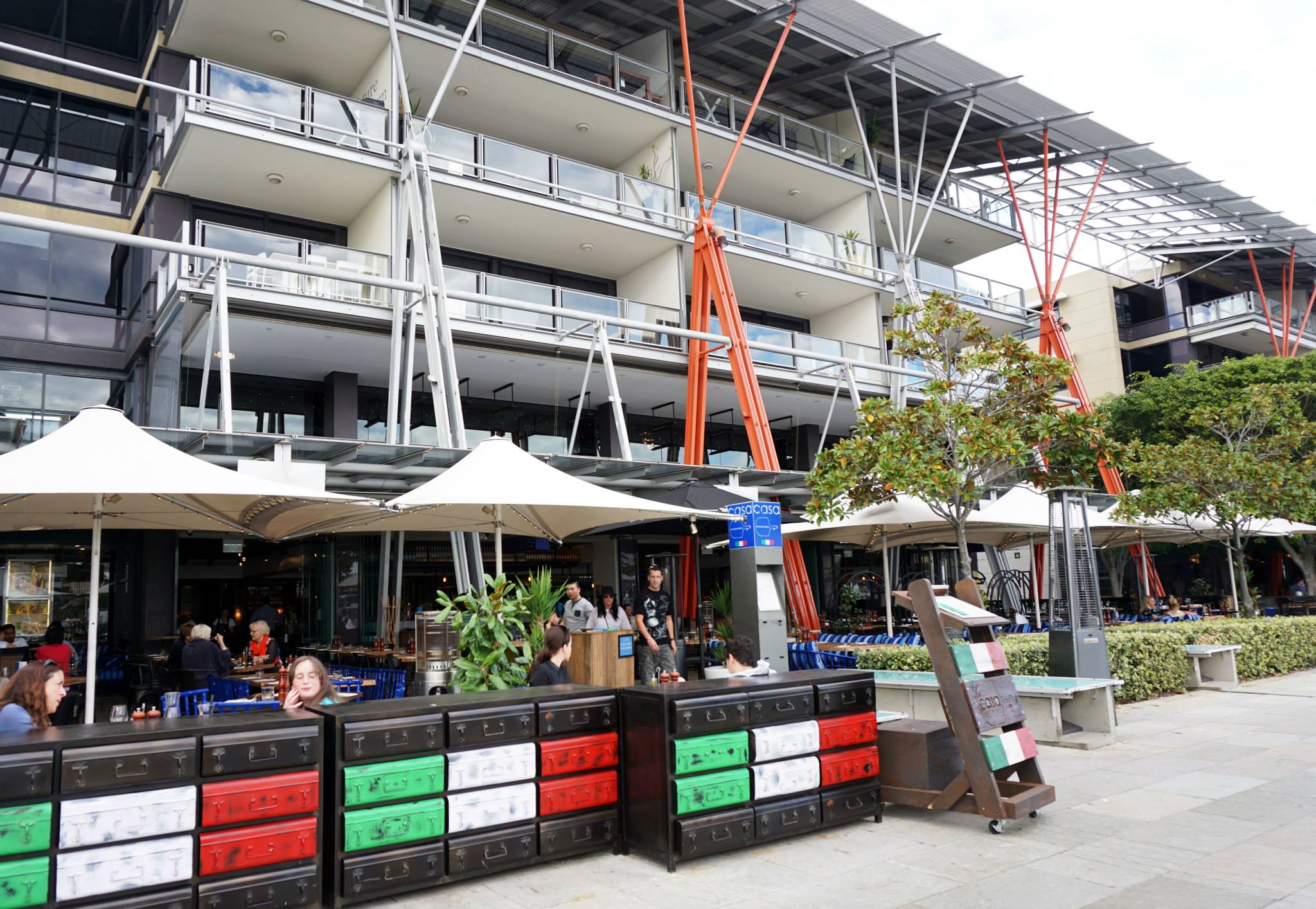 Overall Casa definitely made a good impression, the quality of food is vastly different from what had previously been said about Casa Di Nico and this is a pretty good indicator that they’re taking the challenge of offering decent food at a tourist strip quite seriously. I have to note that the pizza in particular is really good and easily rivals if not defeats those served elsewhere in Sydney.

Mr C and Miss K attended as guests of Wasamedia and Platinum Restaurant Group. All views and opinions expressed are our own.