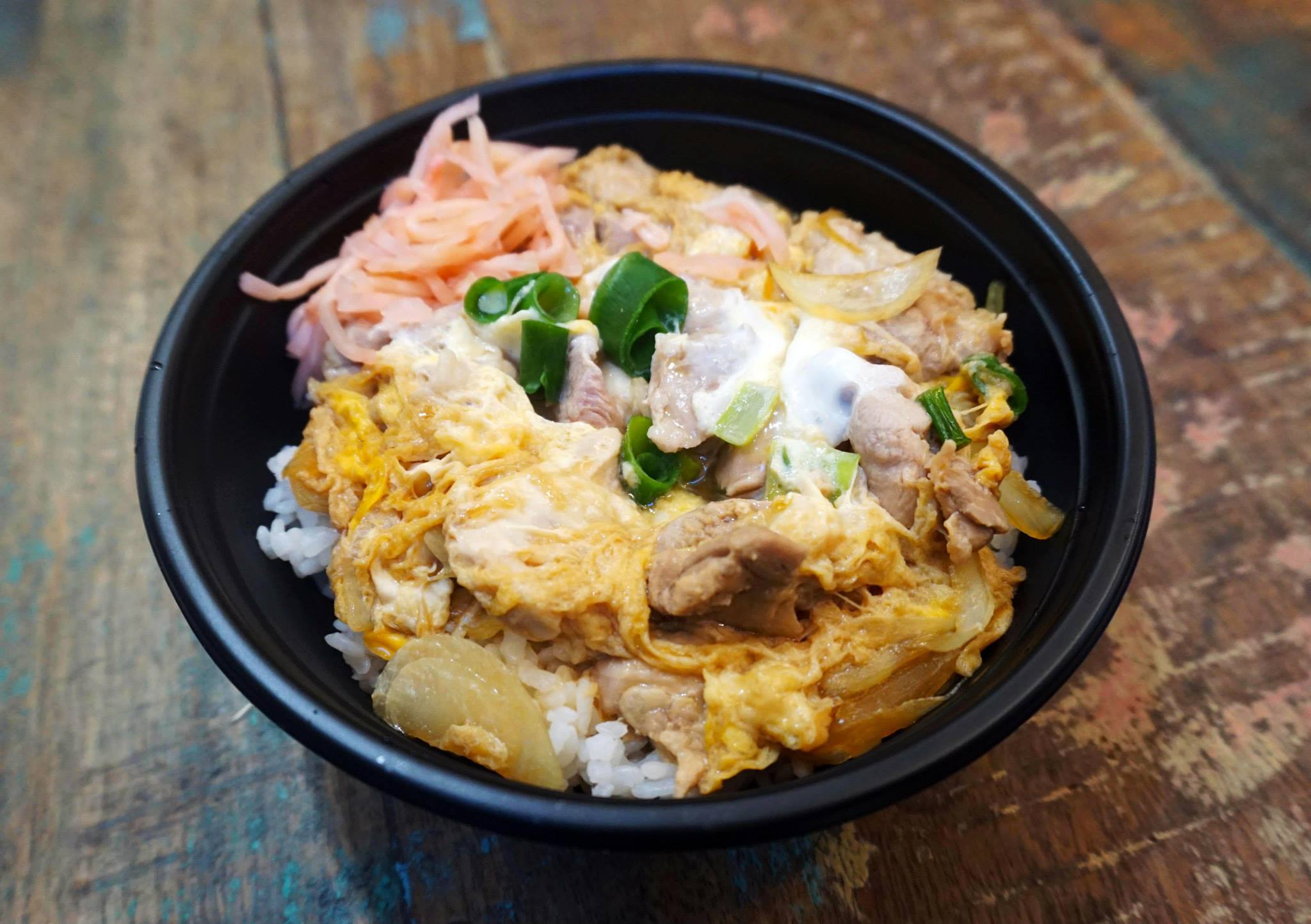 Mr C and I have always been big fans of Oiden and Mappen because it brings cheap and affordable Japanese food to Sydney, we were both really excited to hear that a new addition named Dera-Uma would be opening up right next door with similar dishes. It turns out that Dera-Uma is more like Oiden as it has mostly rice dishes on offer but is meant for takeaway as everything is served in plastic containers.

One of our favourite Japanese dishes is Oyako Don, which is basically steamed rice topped with sliced chicken pieces, onions and scrambled eggs. Its one of those dishes that are hard to mess up and this was no exception as the delicious egg and chicken make it a really great dish, though I have to say the teriyaki chicken rice at Oiden is still better! 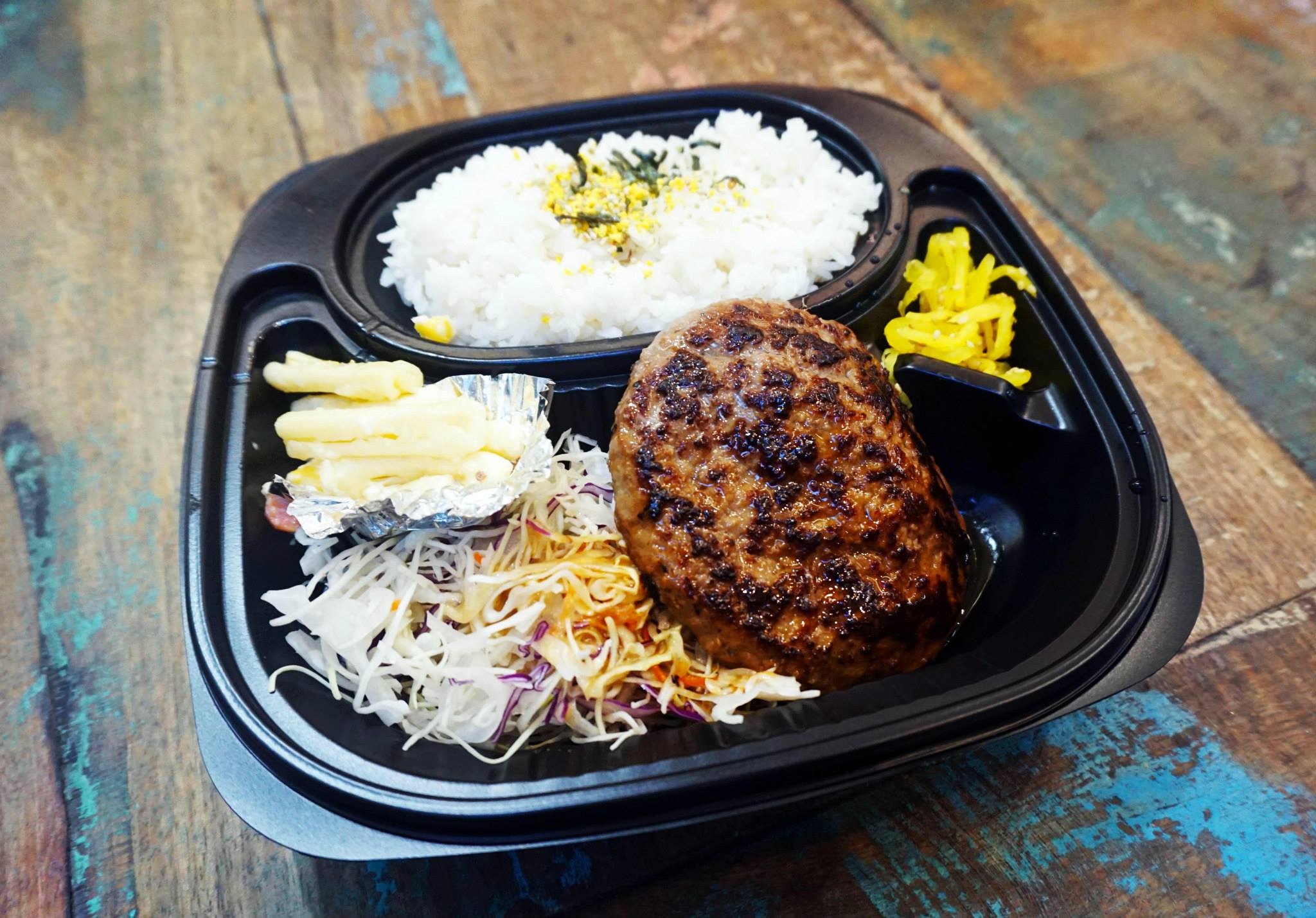 Even though every Japanese restaurant seems to have some form of a hamburger steak on offer we’ve never actually ordered it, I guess because it seemed odd at first. Considering a whole section of the menu was dedicated to the teriyaki hamburger steak we decided to try it here and were not disappointed. I’m not sure what they put in it but the meat is really tender and flavourful. 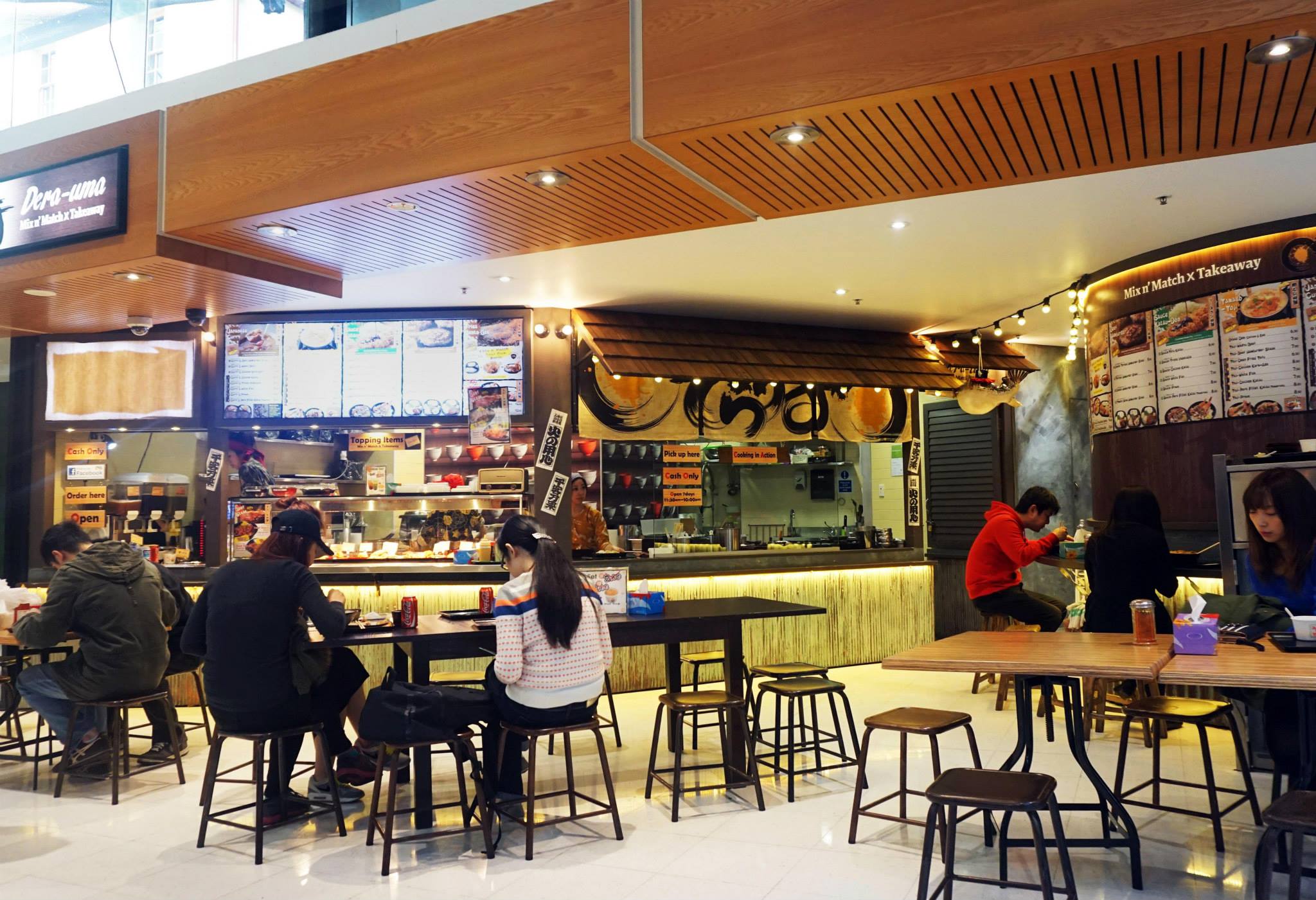 Quick, efficient and cheap is what makes Dera-Uma a great eatery, you get a buzzer to notify you when your food is ready to takeaway – this never takes more than a few minutes! In this case cheap doesn’t mean it’s bad either, the food is still really good and the serving sizes are generous.